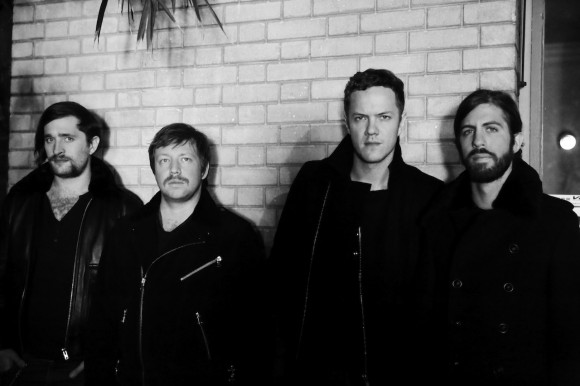 What do a double-decker bus, the Eiffel Tower, Bollywood dancers, Japanese wall dancers, Chinese dragons, a makeshift Las Vegas and Imagine Dragons have in common? They were all part of the Amazon Post-Holiday party inside the CenturyLink Field Events Center on January 19th.

If you think that Imagine Dragons would feel at home in the middle of a party with dragons and a mini version of their hometown you would be right. They put on quite a show. It was quickly evident that most of the crowd was already somewhat familiar with the band, giving it their all on sing-alongs of the band’s current hit “Radioactive” and the more subdued “Demons.”

The whole band gave it everything they’ve got on stage but it’s very evident that Dan Reynolds is the front man. He takes the job of making sure the crowd has fun very seriously. He was running back and forth across the stage engaging the whole audience. He frequently made his way back to center stage where he beat the crap out of a gigantic bass drum with an equally gigantic mallet.

There wasn’t moshing per se, this was a company party after all, but those inclined to get their groove on did so during a high-energy version of the calypso-influenced “On Top of the World.” They closed out the hour-long set collaborating with the audience to power through “It’s Time.”

I feel very lucky working for a company that has bands such as Imagine Dragons play company parties. This is definitely a band worth seeing live.

(Editor’s note: the delay in posting this item is all my fault. Apologies.)