Cirque de Soleil‘s KURIOS – Cabinet of Curiosities opened at Marymoor Park on Thursday evening to an excited, and sold-out audience. The show, which premiered only last year in Montreal, featured acrobats, contortionists, live music along with creative sets, and beautiful costumes and makeup. 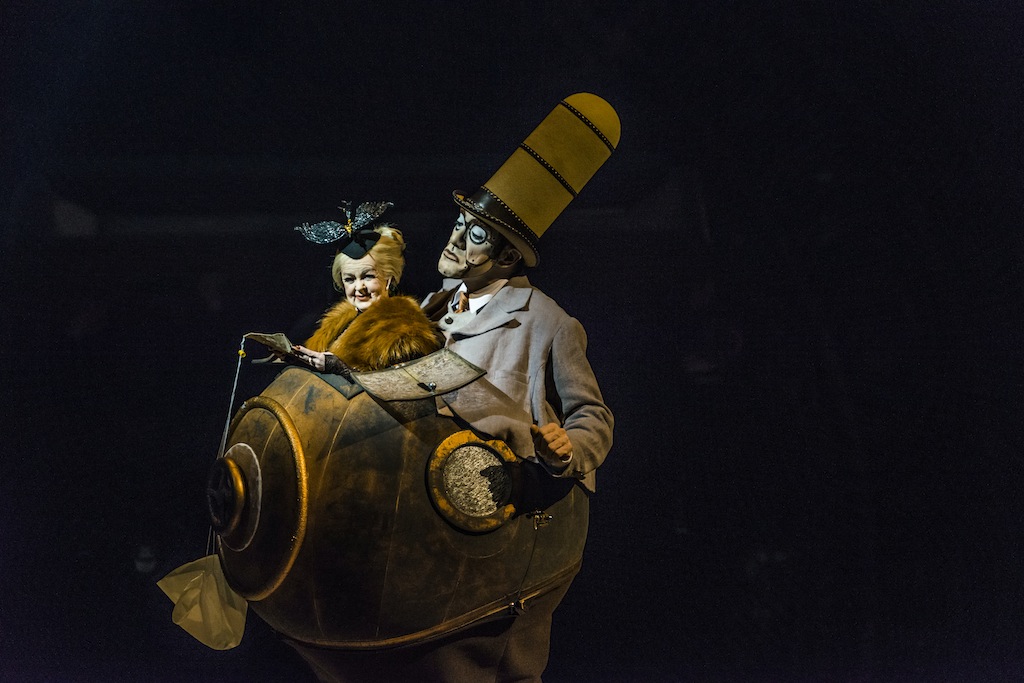 Under a blue and yellow big top that’s so large you can spot it from quite some distance, a character called the Seeker started the steampunk-inspired fantasy. The machine he worked on seems to have stopped time. Weird insect-like robots milled around, sweeping. As things got stranger, I realized I didn’t need to pay attention to the entire plot, as I was so interested in watching the different feats the artists performed. And there were many intriguing acts, all done expertly and with extravagant facial expressions. Without giving away too much of what you’ll see during KURIOS, pretty much every act seemed to be crowd favorites: comedy by David-Alexandre Després (a date spoiled by a cat; an invisible circus), aerial straps duo Roman and Vitali Tomanov, acro nets with acrobats as leaping fish, contortionists as eels, an acrobatic dance set, fancy juggling from Gabriel Beaudoin, and Mini Lili, played by Belarus’ Antanina Satsura, who marvels at the acts with us.

KURIOS, which was directed by Michel Laprise (who also wrote), effectively joined the audience with the stage performance immediately. Scientists from the Seeker’s team mingled in the audience before the show even began. Seating surrounded the stage, meaning there is not a bad seat in the house. With a live band and singer stationed in the metal, tunnel opening of the stage, KURIOS created an inclusive experience. If you are a fan of all things steampunk (fiction involving steam power, and Victorian fashion – to put it in a very basic way), you would love this show. I’m not sure what kind of strange dreams KURIOS will inspire tonight, but the surreal things such as a giant brass hand or the underwater world should stick with me.

Poster of KURIOS’ Nico the Accordion Man – photo by Dagmar 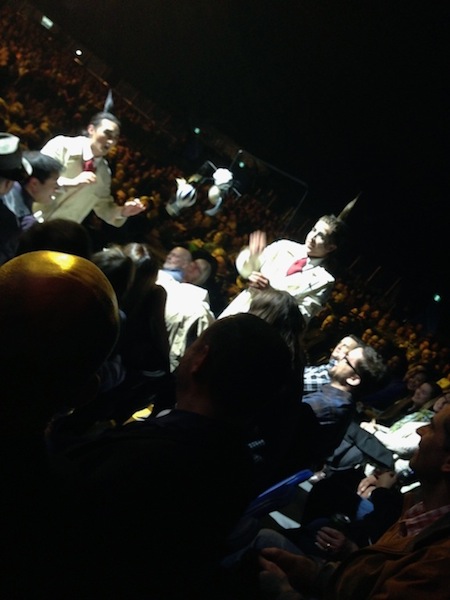