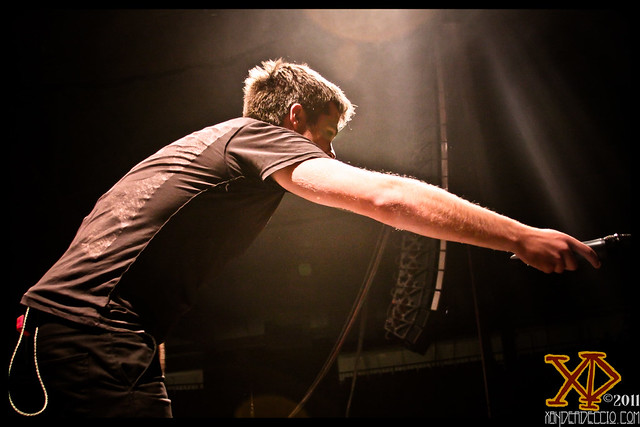 With a nearly sold-out crowd at the Toyota Center, the Blizzard Music Tour made its way to Kennewick, Washington last Friday. The tour, which was selling out places in the Midwest like Fargo, North Dakota and Helena, Montana, didn’t disappoint with a bill featuring Nelly, 3OH!3, Sick Puppies and Cali Swag District. The Tri-Cities has been on a roll with booking some big name shows this year, including Avenged Sevenfold last month and now the Blizzard Music Tour.

Unfortunately, Sick Puppies didn’t play the last two shows of the tour, which included Kennewick. But that didn’t disappoint a massive sea of fans who packed the Toyota Center. I also missed the first act Big Reeno due to parking issues at the venue – thanks to an auction happening in the building adjacent to the Toyota Center – but that didn’t stop me. Next up was Cali Swag District, whom I wasn’t familiar with but most of the fans enjoyed. The rap quartet came out with an entourage of backup dancers, complete with dirty jokes and broadcasting their show via the band’s MacBook onstage. 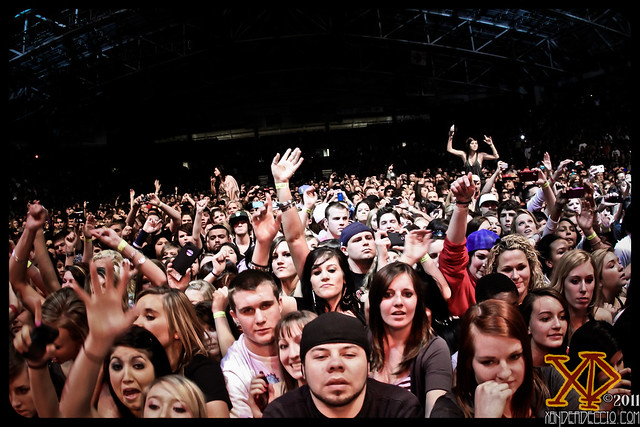 Next up was pop/techno duo 3OH!3, whom the crowd blew up for. The duo didn’t disappoint either – playing some of their biggest hits from all three of their albums including “My First Kiss” and the ever so popular “Don’t Trust Me.” At one point the band dimmed the lights and played “Colorado Sunrise,”  against a sea of backlit cellphones illuminating the audience, representing a “Colorado Sunrise.” Lastly, Nelly and St. Lunatics took the stage to an already rowdy audience, playing many of their greatest hits such as “Hot in Herre,” “Country Grammar,” and “Ride Wit Me,” just to name a few. Nelly also pulled a couple lucky fans out of the audience to dance or sing with him. St. Lunatics kept the crowd going crazy with their freestyle rap and amazing light show. 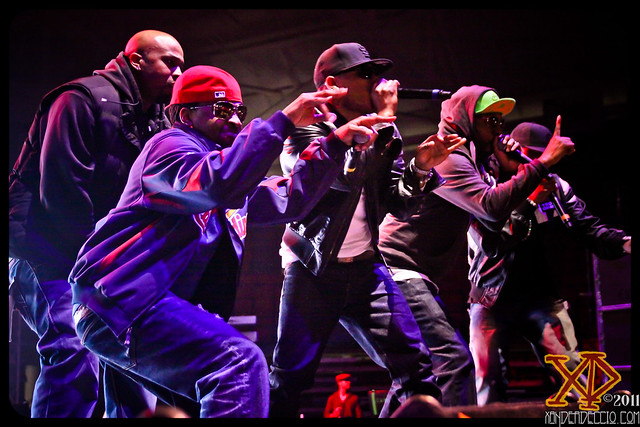 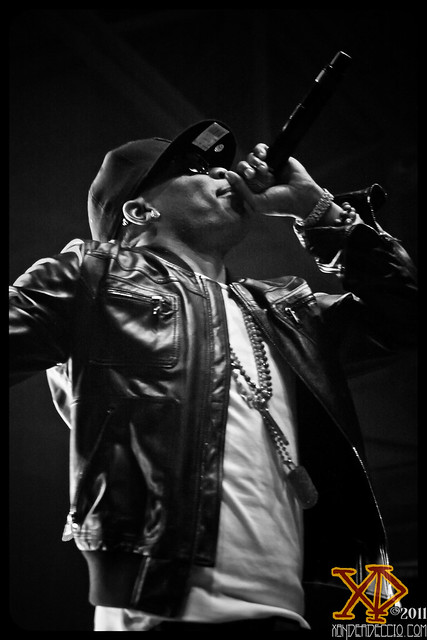 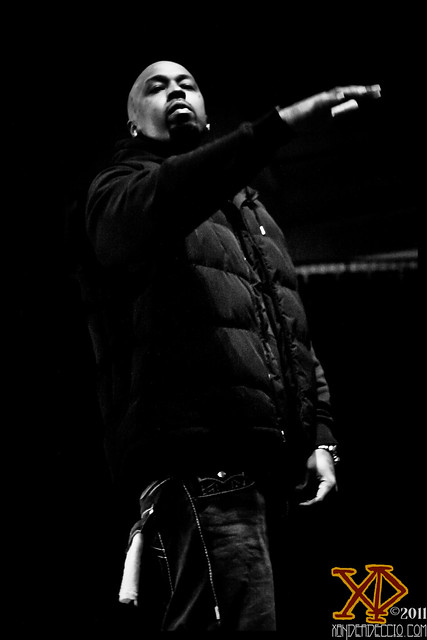 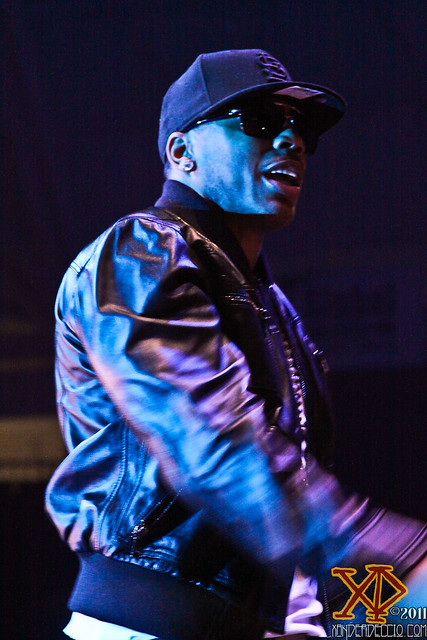 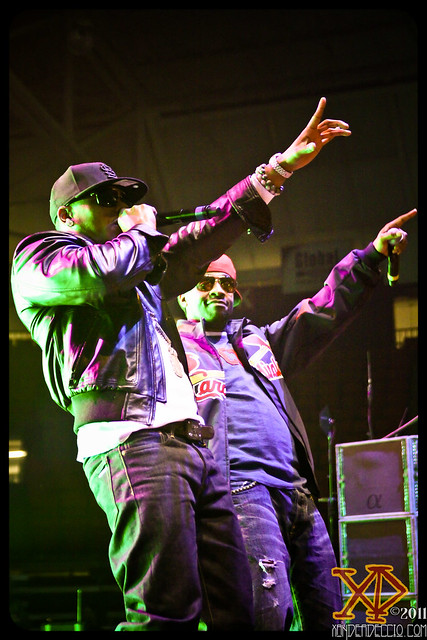 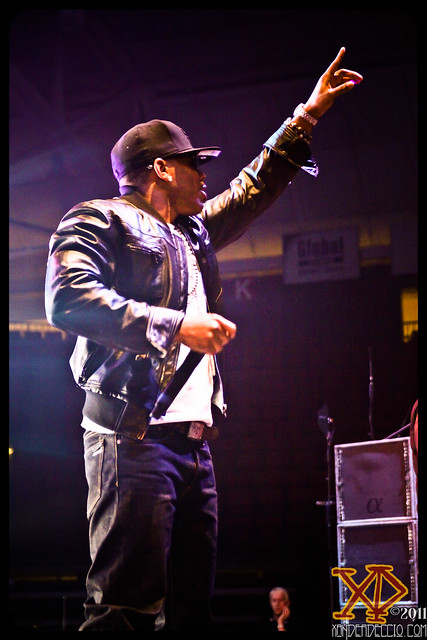 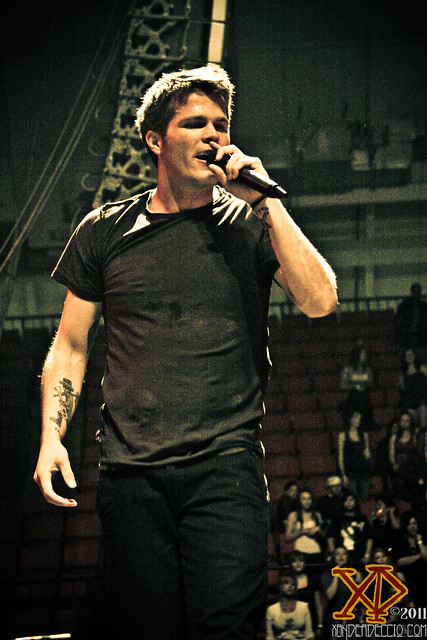 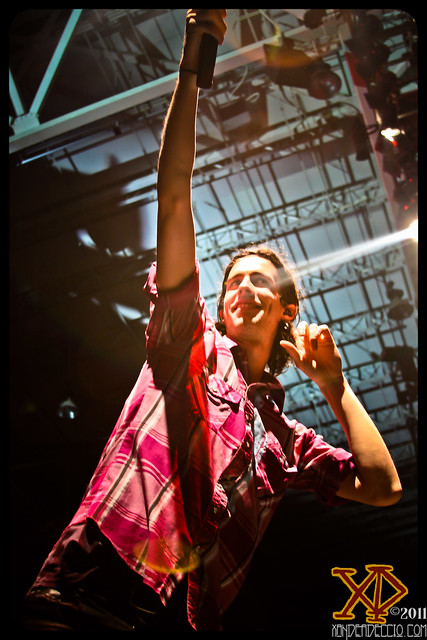 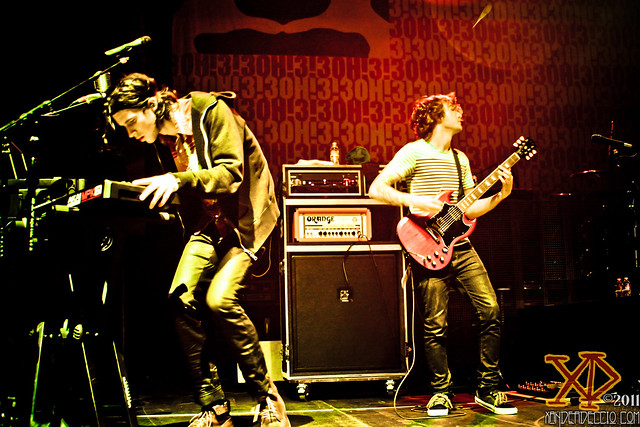 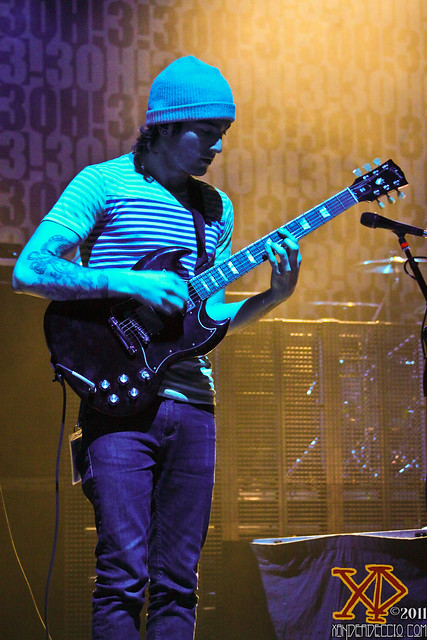 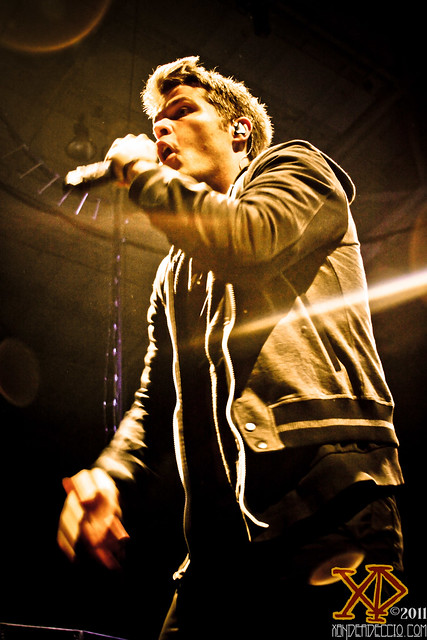 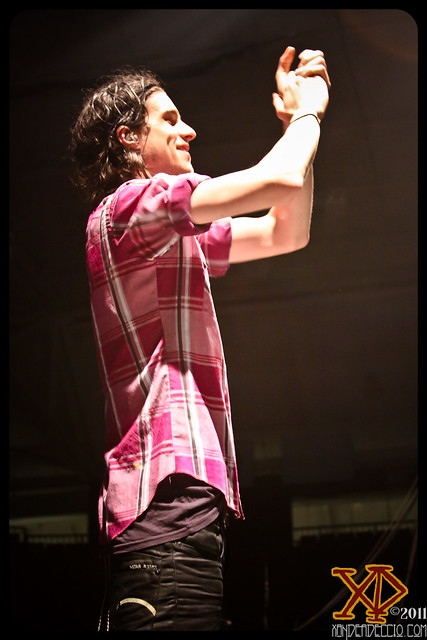 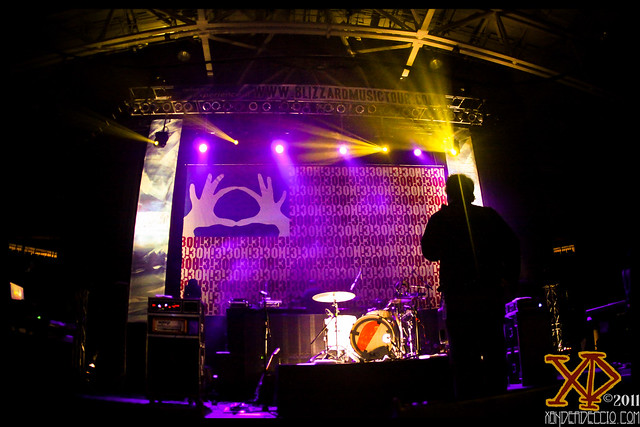 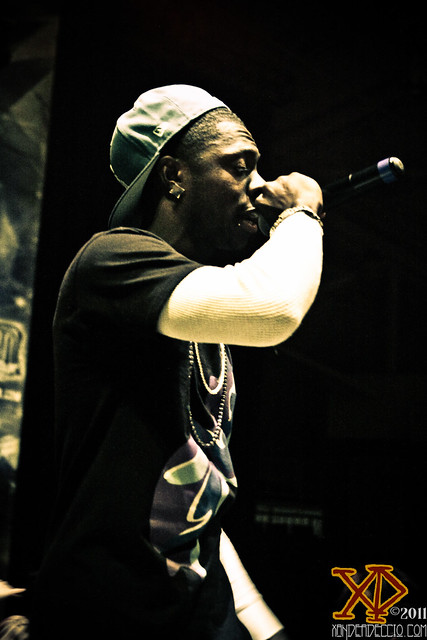 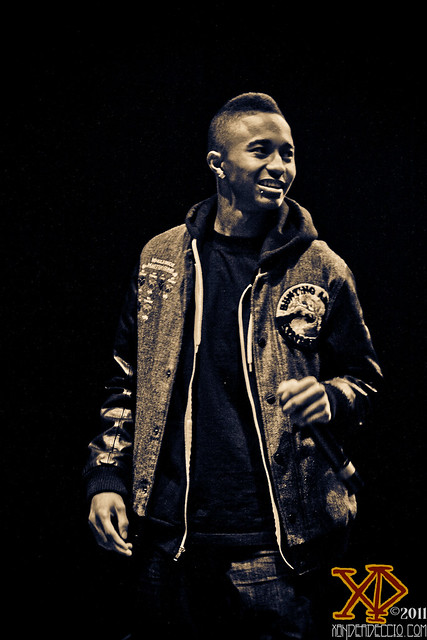 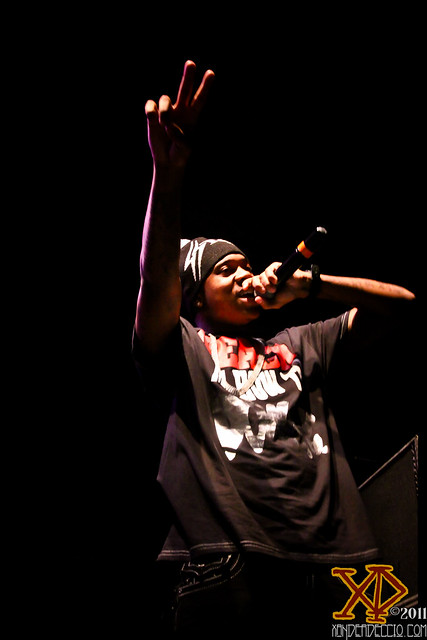 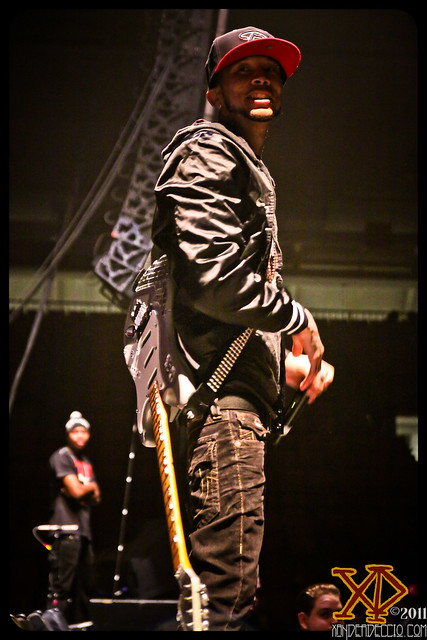 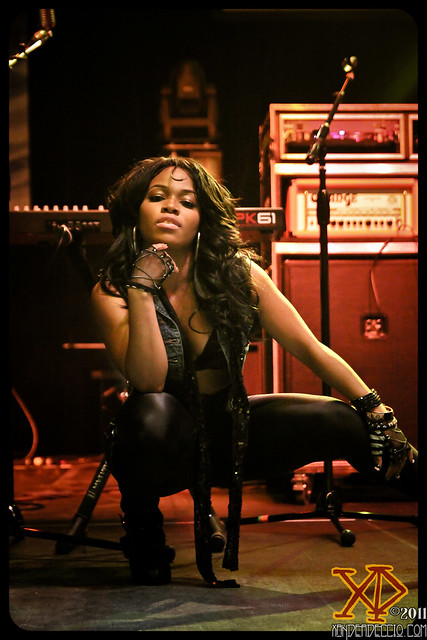 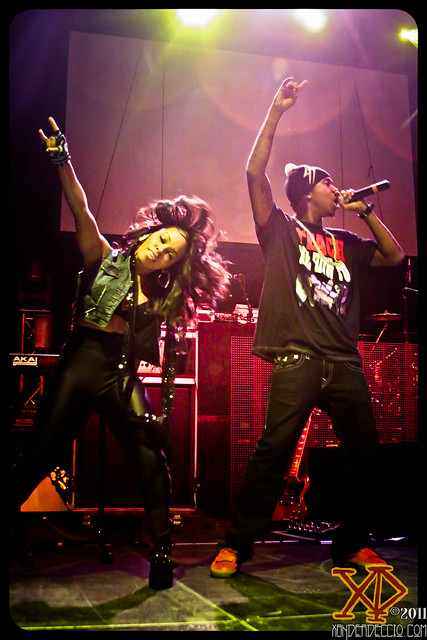 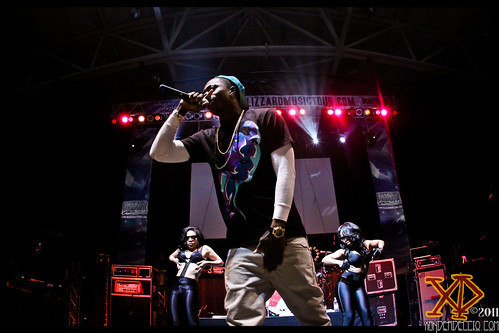 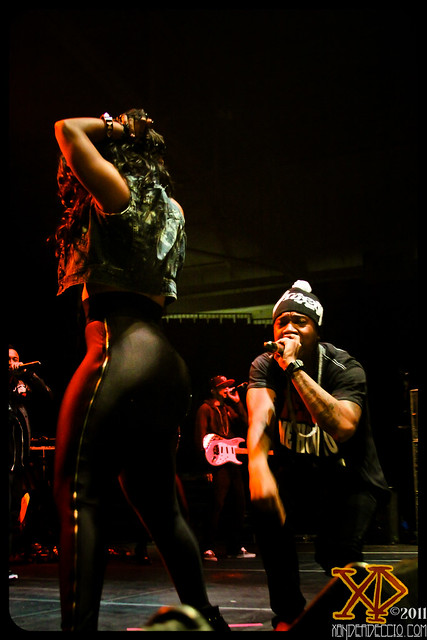 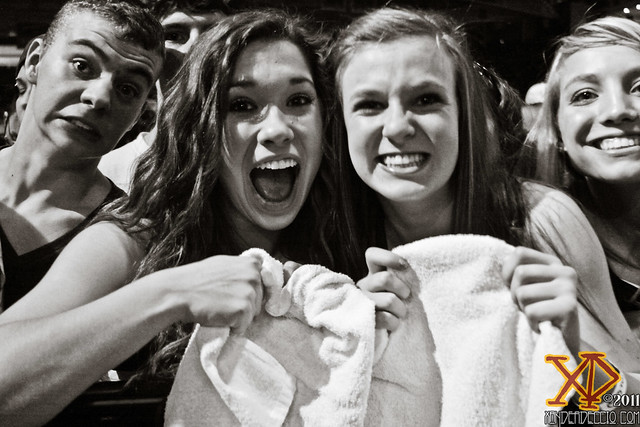 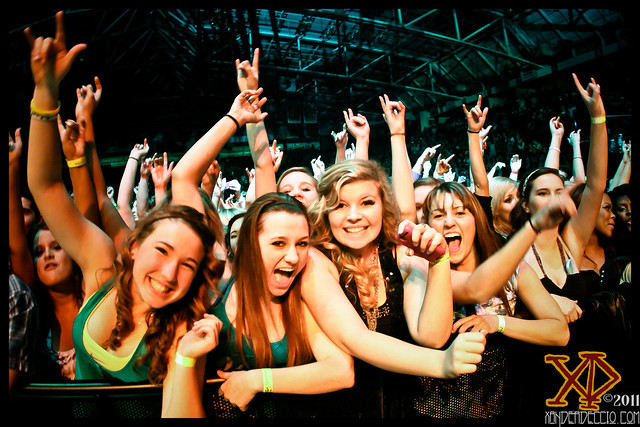