WHY? is back. They now have integrated three new members into their group – Ben Sloan, Sarah Winters, and Liz Wolf. Of course, we’ve still got Doug McDiarmid and the Wolf brothers, Josiah and Yoni. This is a big time for WHY? all around. This will be their first tour with their new band, and they’re booked through the beginning of December, bouncing back and forth between the states and Europe. We’re suspended between the release of their EP

A week into tour, a few hours before they are set to perform in San Francisco, I got in touch with Josiah Wolf.

Where are you playing in San Francisco?

JW: No, in San Fransisco. We’ve just played there a lot, that’s all. Maybe next time we play here, we’ll step it up. Play the Fillmore or something, we’ll see what happens. 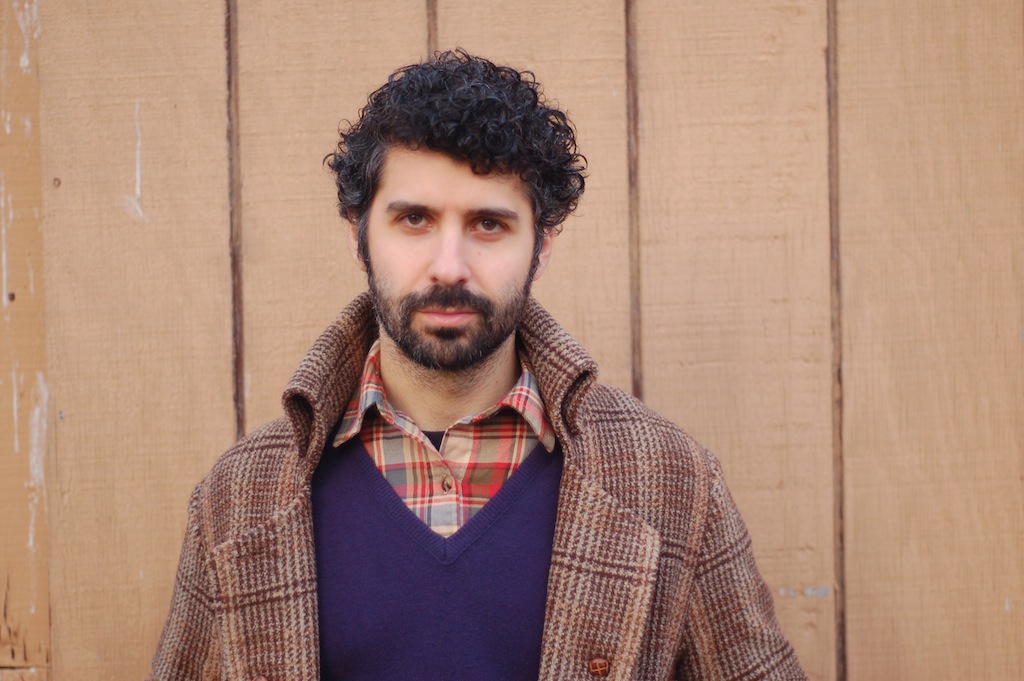 I imagine it’s sort of a natural progression, but has it consciously registered throughout the development of your career that the venues are getting larger and the shows are more packed?

JW: Over time, yeah. I mean, you have your ups and downs, but, it’s mostly been a steady, gradual development.

Was there ever a time when you were completely shocked by the scale on which you’d be performing? Was there ever that ‘Wow, this is really happening’ moment?

JW: You know, that’s interesting. I guess when we first did some festival touring in Europe. This one specific festival – La Route du Rock – In France. We were playing outside and there were thousands of people. That was definitely the biggest crowd for us at that time. I do remember looking out and thinking “Wow, there’s a lot of people out there.” But overall, it’s just sort of been a slow progression.

That’s got to be kind of overwhelming, right? That moment where you’re like “Holy shit. There are thousands of French people staring at me.”

JW: Yeah, festivals in general are a little bit surreal. You’re more disconnected from the audience. The sound is very isolated. You’re really not feeling the sound of the house. Everything that you hear is in your monitors. You’re outside, everyone kind of spreads out. It’s a different feeling. But if you can get used to it and understand that that’s how it is, it can be fun. It’s a different thing, ya know? Everything has to be a little more obvious. The subtleties are lost at a festival.

Do you prefer playing clubs?

JW: Well, festivals are great. It’s good to do them, careerwise. But they can be stressful. Yeah, I prefer playing clubs.

So, you guys haven’t been up to Seattle much recently at all. You had a show booked at Vera last year that was canceled.

JW: Yeah, that was when my brother injured his hand. And we had to cancel some of that tour because he had surgery. And we picked it back up in Europe, but we had to cancel two or three weeks of tour. So, we haven’t played there in a few years. I think we made the best decision at the time, though.

Have you had any complications on the road this time around, or have things been going pretty smoothly?

JW: It’s been pretty smooth so far. ‘Ya know, basic stuff. The air conditioning in the bus broke for a few hours in Arizona. It was 110 degrees out. Luckily, that’s about as crazy as it’s been. It’s been really good.

Well, you guys are still kickin’ and now you’re coming back in full force. Everyone in Seattle will get to see you with your new band now.

JW: Yeah, this will be a lot better. This is the best band we’ve ever had.

JW: I really think so. We’re really excited about it.

You guys have Liz Hodson on board now?

That’s got to be great. It can be hard to be away from your partner for three months at a time, on tour. But, you don’t have to worry about that.

JW: Absolutely. That helps a lot. Yeah, it is difficult to, do that whole thing, leaving someone at home. . . So, this is definitely easier. It presents other challenges, but overall, it let’s you live in the moment a lot more. You know, not always sneaking off to call someone, that can be annoying after awhile.

Very cool. And Doug? Now, Doug is from Seattle, correct?

JW: He’s not from there. But he’s lived up there for quite a few years now.

How do you guys prepare? Does he just stay down there to rehearse and record, or. . .

JW: Yes. That’s what we’ve done. It’s worked so far. ‘Ya know, in the future, it might be nice to get him down back in Ohio. We’ll see if it can happen. But, Seattle’s pretty nice. So, we really have to make Ohio nicer.

And you’ll be up here in a couple of days for Bumbershoot. Have you been before?

JW: No, never. It’s at Seattle Center, near the Experience Music Project? The Jimi Hendrix Museum?

Yeah, right down there.

JW: Cool. I did a piece with a video artist and it’s up there now. I did all of the music for it. I really want to go hear it live at the museum. I haven’t heard it like that. And I spent a long time working on it. It should be there for awhile. If you ever go there, the name of the piece is “Vibrations.”

Awesome. Well, Bumbershoot should be a good time, with Liz up there with you guys.

Wow. This is going to be a full stage.

JW: Yeah, it’s a good band. And it keeps getting better every night.

I later had the opportunity to see WHY? in the Exhibition Hall at Bumbershoot. The sound was clean, they played a great set that featured a healthy balance of both their old and their new material. The new band had impeccable chemistry on stage, and I personally felt that they nailed every song – even the ones that were written prior to their involvement in the group. Yoni Wolf really puts himself out there, dancing and interacting with the crowd. I think it’s safe to say that when they played any song off of one of their older albums, Elephant Eyelash, or Alopecia – at least 80% of the goofy kids standing in front of the stage were belting out the lyrics with Yoni.