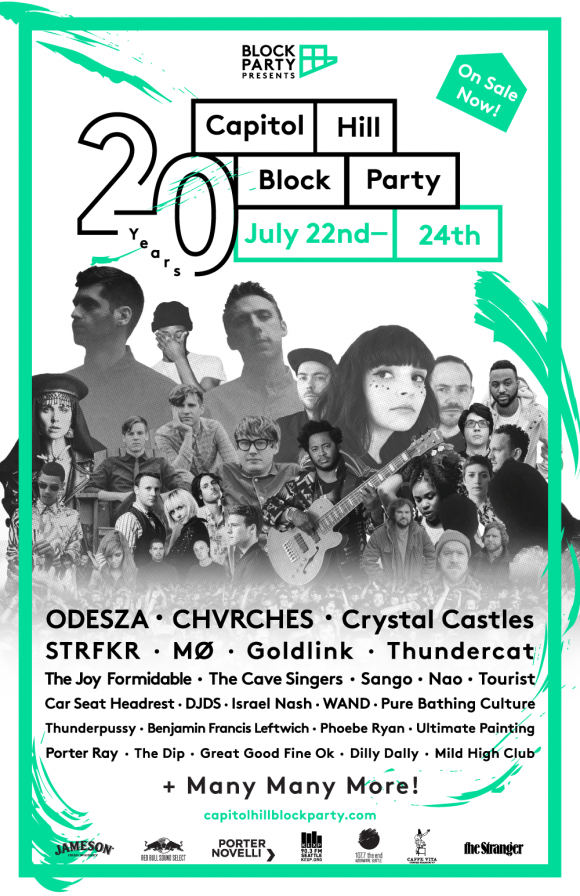 The energy flow of a bustling arts district swiftly transitions every few months now on the hill. For the art or music provocateurs curiosity kills as to what memories are in store for reconstruction. CHBP, a key contributor, originally a do-it-yourself gathering turned multimedia experience, launches its initial lineup for its 20th annual day party!

The CHBP squad states they have secured a lineup including “CHVRCHES, experimental electro-pop group Crystal Castles, and local electronic duo ODESZA.” Jason Lajeunesse, Capitol Hill Block Party’s owner and producer reflects on the series: “Reaching a 20 year milestone really speaks to Capitol Hill’s commitment and support of music and art. The city is growing at an alarming rate, so the fact that we are able to continue championing national and local music talent in the middle of the streets, on this scale, is pretty remarkable.”

CAPITOL HILL BLOCK PARTY WOULD LIKE TO THANK THEIR SPONSORS:

For the past 20 years Capitol Hill Block Party has proven its reputation for bringing some of the greatest Northwest and national performers playing host to legendary artists including Macklemore, Arcade Fire and Dead Weather. CHBP has evolved from a one-day event with just one stage to an annual three-day music festival with an expected turnout of upwards to 30,000 attendees for 2016. Named by USA Today’s “Pop Candy” as one of the “Twelve Reasons to Visit Seattle,” CHBP offers exceptional musical performances in addition to defining Seattle as a cultural hub by showcasing resident art galleries, independent craft booths, restaurants and stores while also bring awareness to local pro-music politicians The Vera Project (www.theveraproject.org), KEXP (www.kexp.org) and non-profit The Capitol Hill Chamber of Commerce. 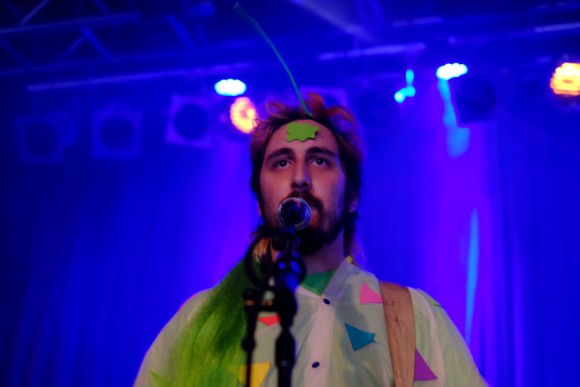