Social Distortion, The Toadies & Lindi Ortega at the Paramount – 4/13
Review by Chris Senn

Social Distortion did what they do best and rocked the sold out crowd senseless with their trademark blend of Rockabilly, Country, Blues and SoCal Punk at the Paramount Theater on April 13. While a venue such as the Paramount might not seem like the best fit for a band like Social D (they’re more of a Showbox SoDo band) it worked well for this night. I’d like to think that Social D graciously offered use of the Showbox SoDo to Counting Crows, and by doing so spared their fans the annoyance of having to compete for parking spots with the crowd for the Mariners’ home opener, which was being played at the exact same time. As if they needed it, the band packed some extra firepower in the form of their openers, Lindi Ortega and The Toadies. 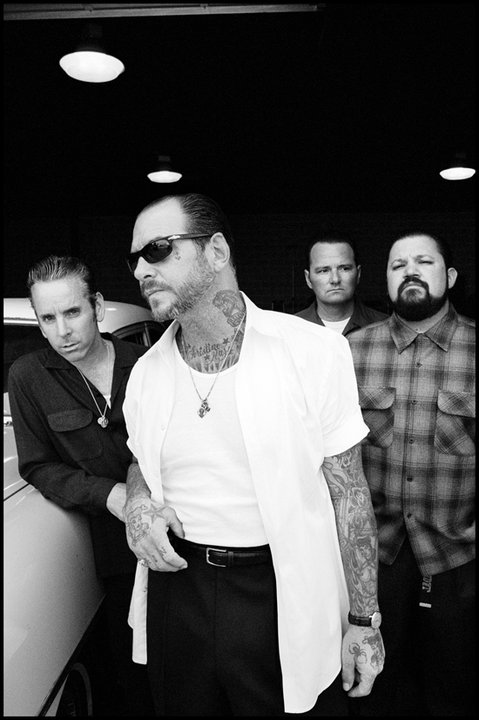 Canadian alt-country rocker Lindi Ortega has one hell of a voice. She treated the audience to one strong vocal performance after another with strong backing from her band. She sang an awesome country flavored song about using her instead of drugs. The song was in the same vein as Tom Petty’s “Girls on LSD,” instantly catchy and a lot of fun. Ortega ended her set with a strong cover of Johnny Cash’s “Folsom Prison Blues.” Part of the overall impact of this song comes from Johnny singing that he shot a man in Reno just to watch him die and part of you believes that might be true. With Lindi and countless other artists before her the belief factor is just not there. The cover left something to be desired.

“Possum Kingdom.” The Toadies are that band. The Toadies are that song. Lead singer Todd Lewis confirmed as much (with a slight hint of annoyance in his voice) to the audience after they powered through their iconic hit. For a band that routinely has the dreaded “one-hit wonder” distinction applied to them, the Toadies put on a damn good show. Coming across onstage as the bastard child of a three-way between Devo, Primus and Nirvana, The Toadies take those sounds, throw them in a melting pot and cook up a sound at once unique and familiar. Paying homage to another great band from their home state of Texas, The Toadies ripped through a high energy cover of a song by the Reverend Horton Heat. They also played their killer new single, “Summer of the Strange” off their forthcoming album, Play.Rock.Music. 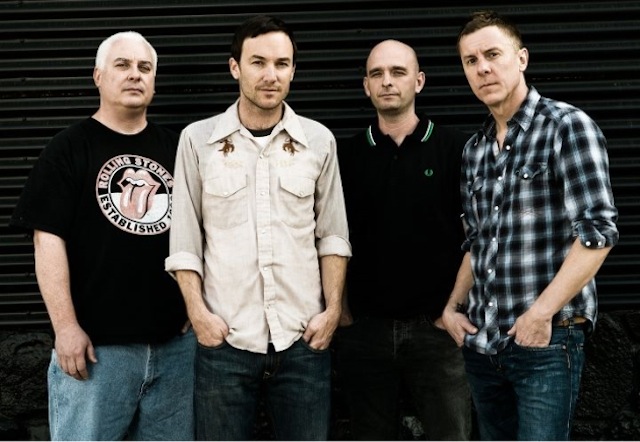 The backdrop for Social Distortion’s set was based somewhat off their artwork for their excellent album, Hard Times and Nursery Rhymes. It stated on the backdrop “Live On Stage Since ’79.” This got me wondering about how many people in the all-ages audience were alive when Social Distortion first took the stage. I know I wasn’t and looking around I would guess that a good eighty percent of the crowd wasn’t either. Of course there were many audience members old enough to have been there at the first Social Distortion show, but they were vastly outnumbered by the next generation.

Mike Ness is a Rock and roll survivor, the only remaining original member of Social D. I used to think Mike Ness is Social D and Social D is Mike Ness. That’s true to a great extent. Mike Ness is the heart and soul of the band, not to mention of course the chief creative force. However, it’s getting harder and harder to think of Social D’s live show without the current cast of characters. Along with Michael “Sick Boy” Ness the band is comprised of the ever charismatic Jonny “Two Bags” Wickersham on guitars, Brent “Rock” Harding on bass and Dave “The Hammer” Hidalgo on drums.

They started strong with my favorite Social D song, “I Was Wrong,” from their 1996 release White Light, White Heat, White Trash. Thematically the song works well as an unofficial sequel to “The Story of my Life”. They mixed up the set list quite a bit and represented all albums except Prison Bound. Some of the song choices were a surprise as they elected to play some album cuts instead of the hits and singles. “Telling Them,” “Dear Lover” and “Sometimes I Do” made appearances alongside favorites and set staples such as “Far Behind,” “Reach For the Sky” and “Sick Boys.”

In a nod to Friday the 13th the band powered through a muscular version of “Bad Luck”. “Story of my Life” turned into a sing along of epic proportions. The band showed off their softer side with “Bakersfield,” a song Mike Ness has previously introduced as about Bakersfield, California, the place where good times go to die. It’s a happy song.

The energetic peak of the show arrived with the gangster punk of “Machine Gun Blues,” a kick ass story song with an infinitely awesome music video. The song is quickly taking its place among Social D’s best. Mike Ness does a better John Dillinger than Johnny Depp.

While you can always count on Social Distortion to pay homage to the Man in Black, this night they paid tribute to one half of The Million Dollar Quartet during the encore. “Let the Jukebox Keep on Playing” was a nice surprise and a great cover of a song by the least appreciated of The Quartet, Carl Perkins. Of course, Social Distortion saved the best for last, closing the show on a high note with a fast, energetic, powerful sing-along of Johnny Cash’s “Ring of Fire.” What a way to leave us wanting more.