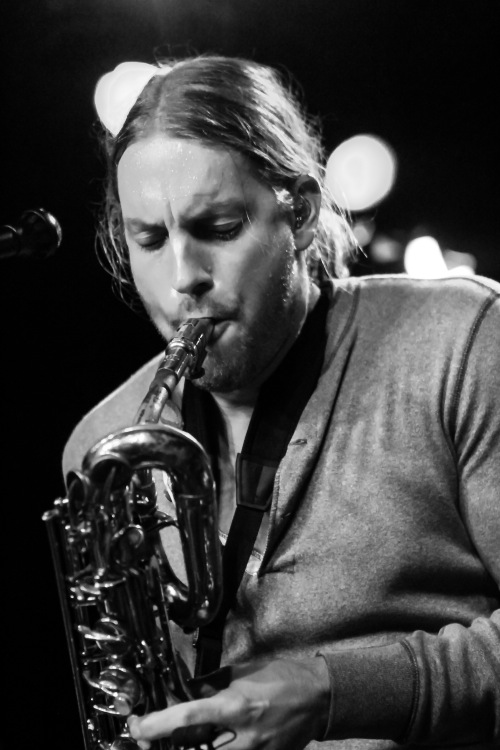 You know that feeling you get when you hear that a member of your favorite band is quitting the band? I’ve had that feeling far too many times, and I can say that seeing one of my favorite bands without a member is one of the weirdest experiences I think I’ve ever had.

It’s not that think that Menomena is any less of a band without Brent Knopf, it’s just a different band. However, seeing them at the Showbox this October restored any pieces of my previous broken heart, because while they lost a member, Justin Harris and Danny Seim were even more on top of their game. And they brought on a couple great new players to the game this time.

Opening the show was PVT (pronounced Pivot), hailing from Sydney, Australia. A band made up of just three people, PVT reminded me of the best New Wave bands of the ‘80s, but in the best ways. They were entirely entertaining, and a particularly appropriate opening for Menomena. I gotta tell you, Australia is bringing it lately, musically. We just need more big Australian bands to tour internationally. Let’s make that happen, America. 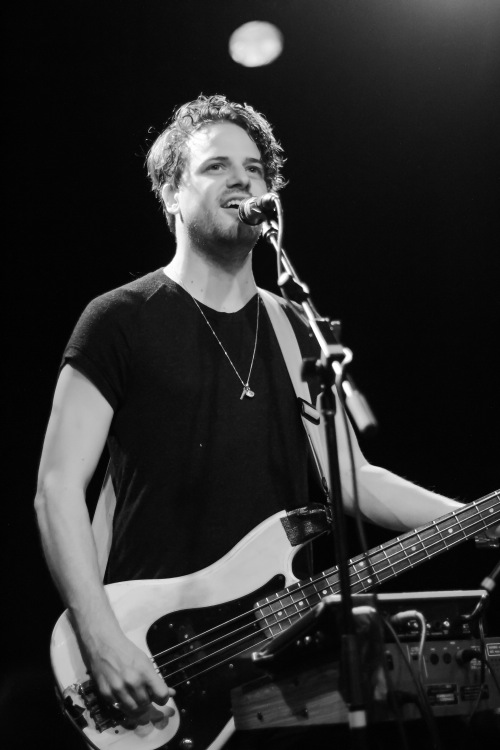 At the end of their perfectly paced set, Harris and Seim joined PVT on stage for basically a jam session, which Harris on his infamous baritone saxophone and Seim bashing at the hi-hat along with PVT’s drummer. It was quite adorable, as adorable as scraggly rock stars can get.

Then came the band we all came to see – after a rather long intermission I might add – Menomena took the stage.

I have to say, still seeing the older songs with Knopf is weird, but the new songs sounded fantastic. Seim and Harris still have the same perfect harmony between the two of them, and new keyboardist Paul Alcott brought a brand new energy to the performance – a nice mix of frantic and fabulous.

When I first heard the new record, Moms, I wasn’t sure what to think. I guess you could call it a “grower,” but seeing the tracks live made me a believer. “Capsule” and “Heavy Is As Heavy Does” were standouts on the record, and standouts live. I’m always amazed at Seim’ and Harris’ innovation and talent. Seim can sing completely on key and with all the power while he’s drumming as anyone else can when they aren’t drumming. And Harris is definitely the only person I’ve seen that can make the baritone sax look cool and sexy.

My only criticism is that they ended their main set much stronger than the encore. I was worried about getting locked in the 2nd and Pike parking garage, so I had to skip out before the end of “The Pelican,” which was the very last song of the night. The main set’s finale of “TAOS” ended so phenomenally, that I almost didn’t even want an encore. And the first song of the encore – “One Horse” – while epic on the record, lacked in the energy to hold the crowd after the perfect that was “TAOS.” 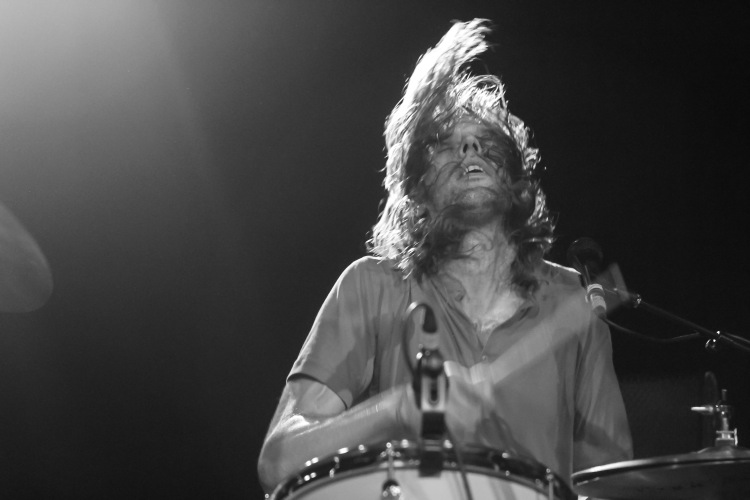 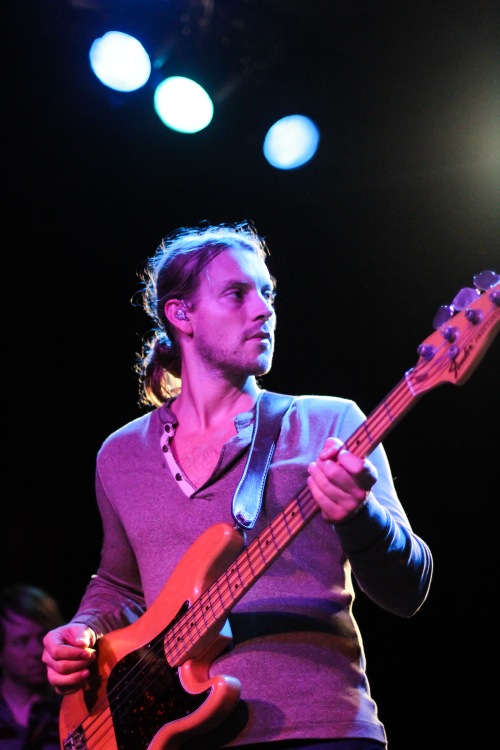 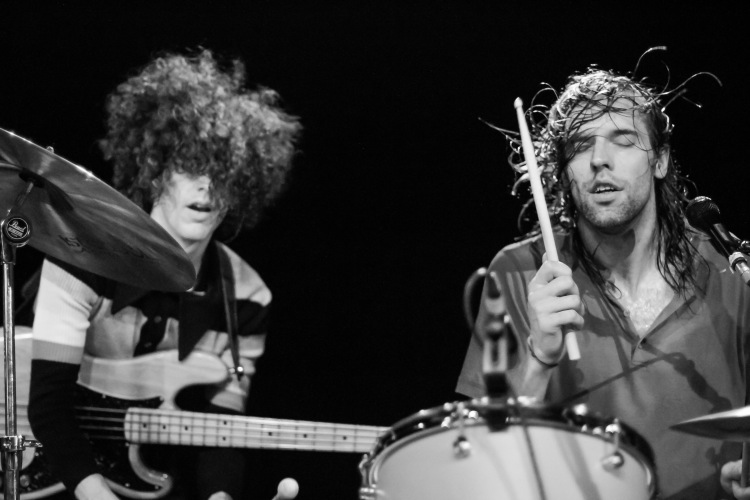 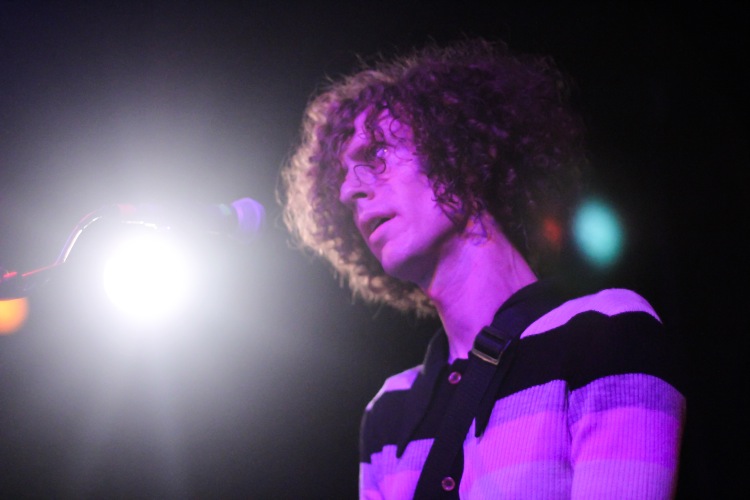 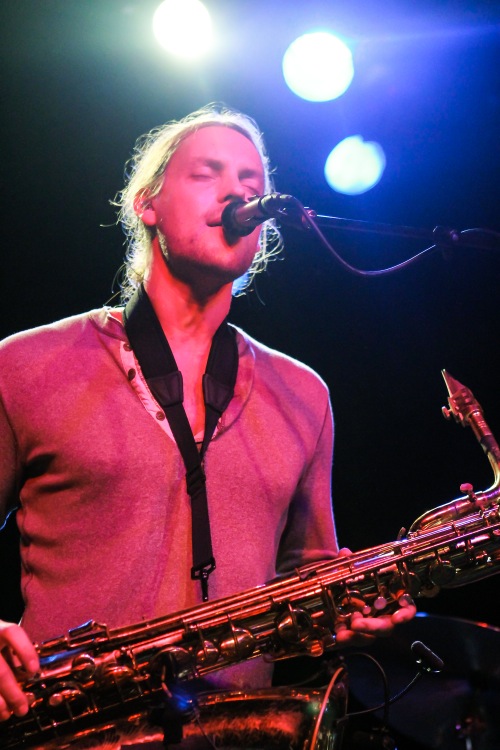 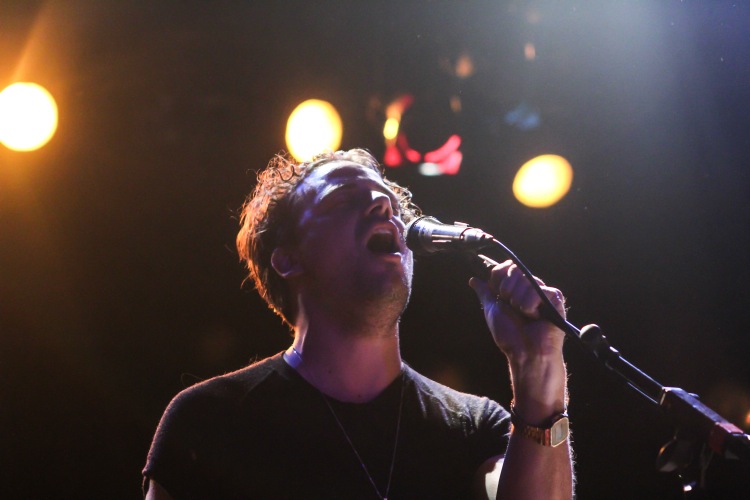 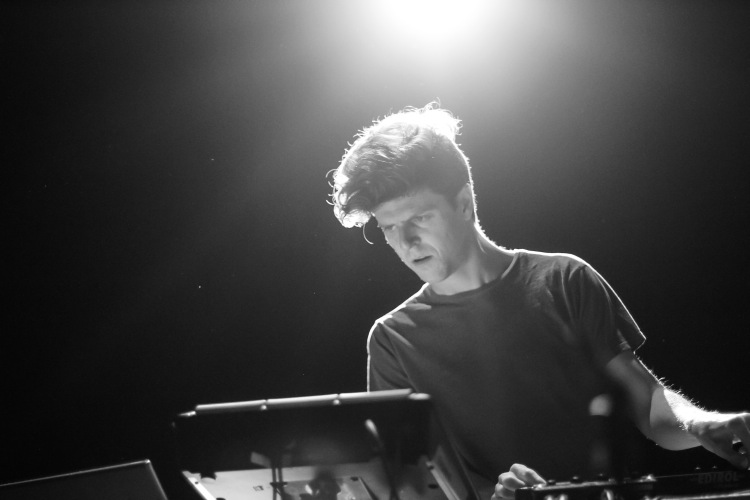