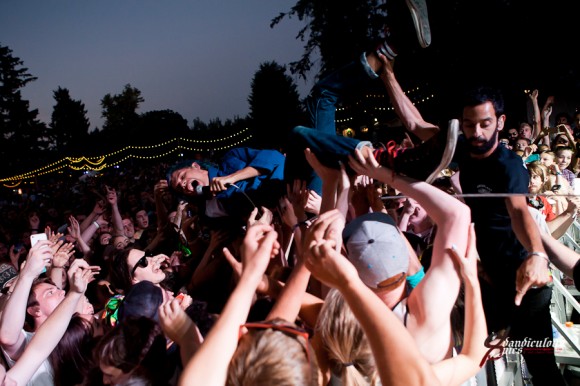 I was very excited when I first heard that Portugal. The Man and Grouplove would be playing Marymoor this summer. I’m not a particularly big fan of Grouplove, but have always been told they put on a great show. Portugal. The Man, however, is a favorite of mine, especially since the release of their last album, Evil Friends, produced by Dangermouse. I saw Portugal. The Man at Sasquatch! Music Festival in May and they were easily one of my favorite bands there. During Sasquatch! Music Festival, Portugal. The Man brought up Eric Howk, their longtime friend and guitarist in The Lashes and current guitarist in Shelby Earl’s band, adding a very cool dynamic on stage with an extra guitar. The massive crowd picked up on this energy and sung along throughout most of the set. Unfortunately Eric Howk wasn’t at Marymoor, and the small crowd at Marymoor wasn’t very into the set. Portugal. The Man played their entire set while it was still light out, which definitely dampened the effect of their swirling rock mixed with lasers. One of the shining moments in their set was their rendition of “Another Brick in the Wall Part II” that faded into “Purple, Yellow, Red and Blue.” The other was the ASL interpreter who signed every word of their set. He was so mesmerizing that I found myself watching him more than the actual band, especially every time I knew a swear word was coming up. However, these shining moments were not able to outweigh the overall environment. The crowd seemed to only know the hits, and only wanted to hear the hits, which made it very difficult to get excited about the show, especially with so many people talking around you. I think in a normal situation it would be a great show, but it can’t live up to their awe-inspiring set at Sasquatch! Music Festival earlier this year. 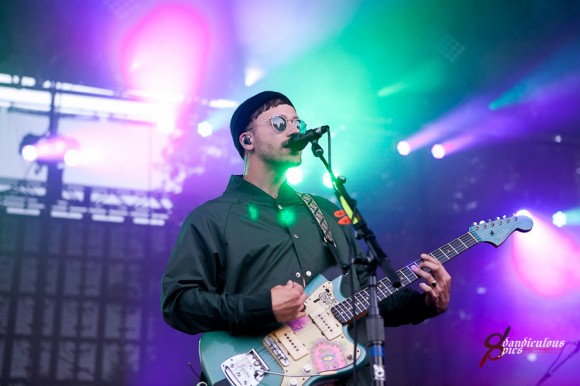 Then there was Grouplove, who walked out to a remix of “Wild for the Night,” by A$AP Rocky, which might have been my favorite part of their entire set. Grouplove definitely brought the energy, but little about their set impressed me. By the time they took the stage it was already dark and there was a much better atmosphere in the crowd than during Portugal. The Man. Keyboardist Hannah Hooper came out in a sparkling full body suit and lead singer, Christian Zucconi, with his long blue hair had a solid presence on stage. Grouplove stole the show with their energy and visuals, but were rather lackluster on the sound side, especially during a cover of “Drunk in Love” by Beyoncé. The crowd seemed to be there more for Grouplove than Portugal. The Man, and even then, only for the few Grouplove hits that have been in commercials. I was a little perplexed as to why Grouplove headlined, but perhaps they will be switching off at venues, and after the show it appeared that Grouplove was the right band to headline this show.

The show wasn’t awful, but I expected a much better performance from Portugal. The Man, and a better sounding set from Grouplove. The crowd was one of the stranger crowds I’ve been in, appearing to be at a $45 show just for the hits. This is the first stop on a 20-stop tour together sponsored by Civic, and I hope they were just knocking a little rust off before hitting the rest of the stops. 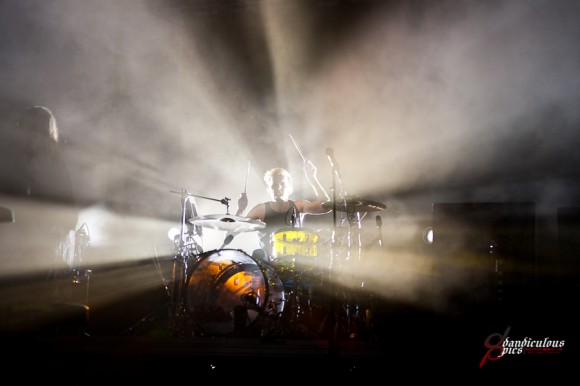 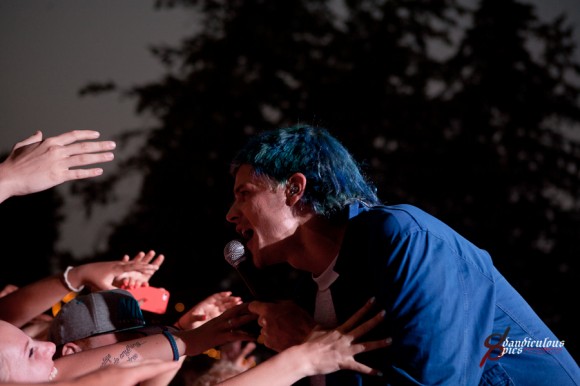 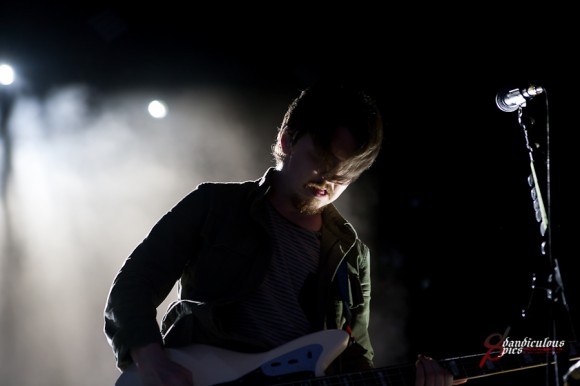 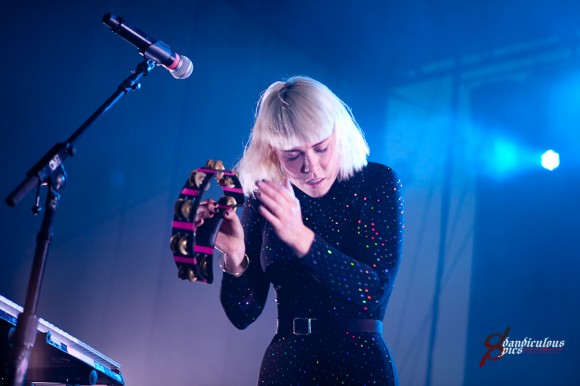 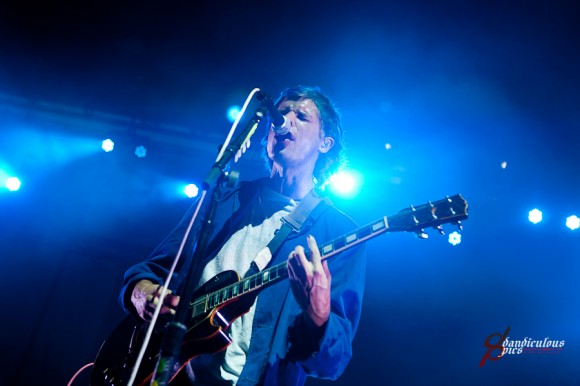 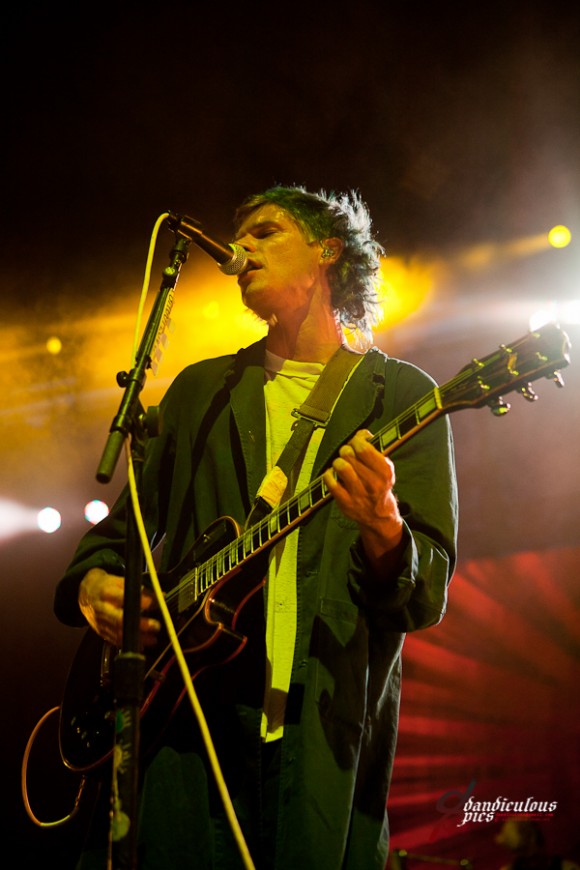 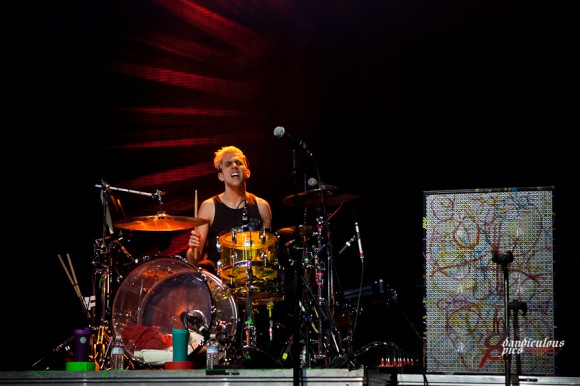 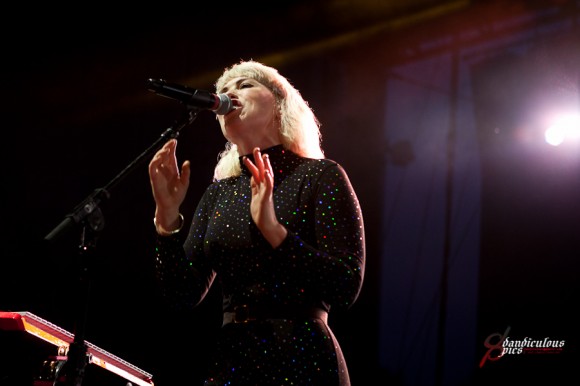 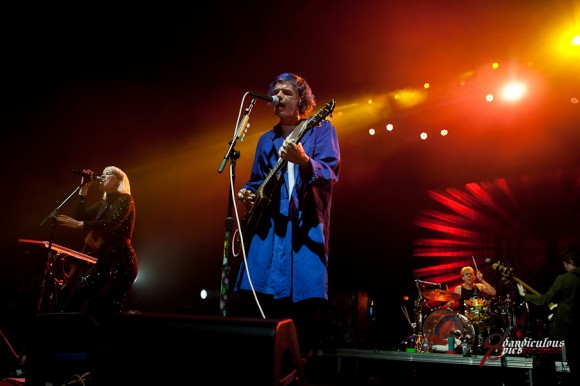 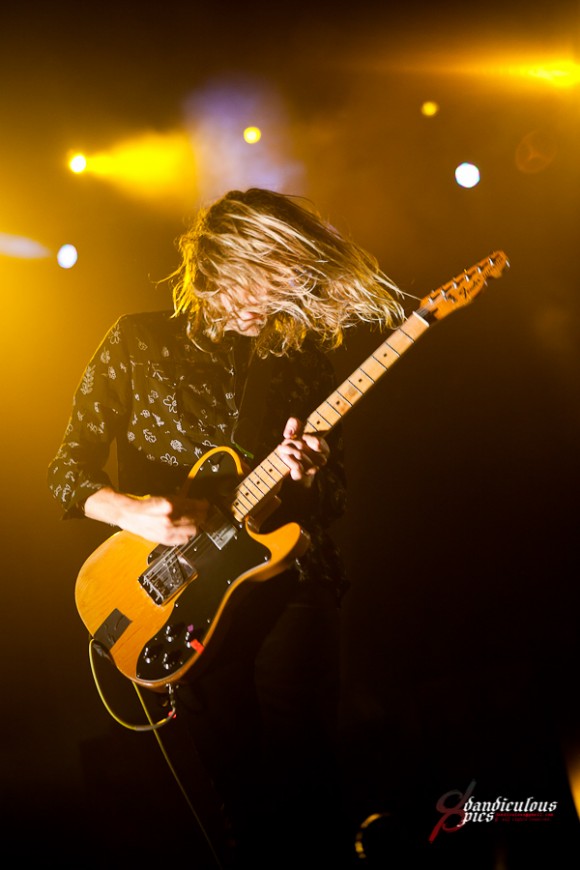 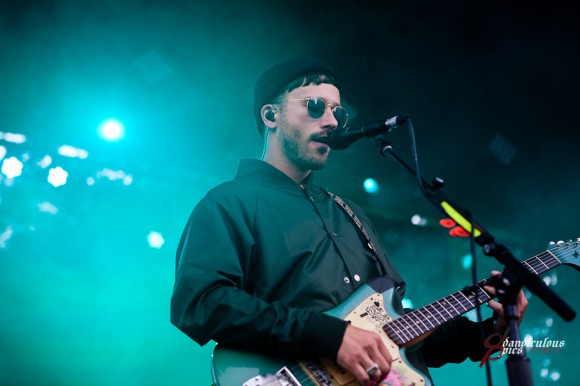 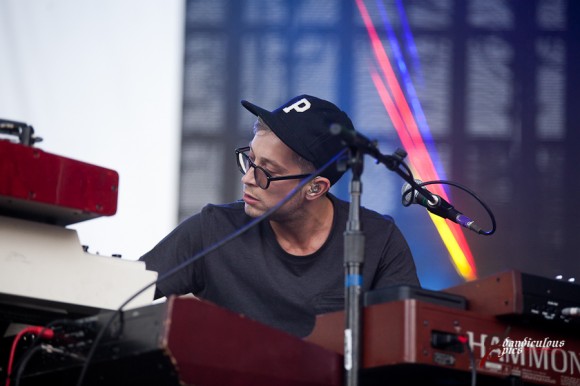 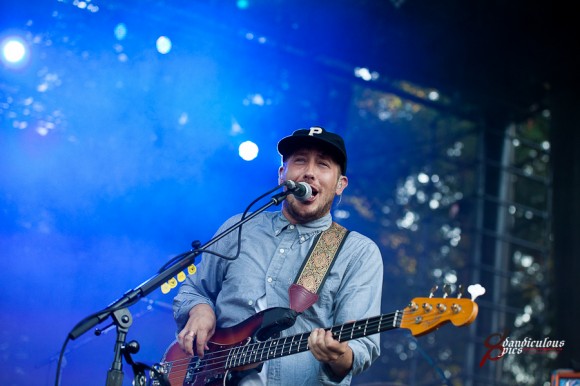 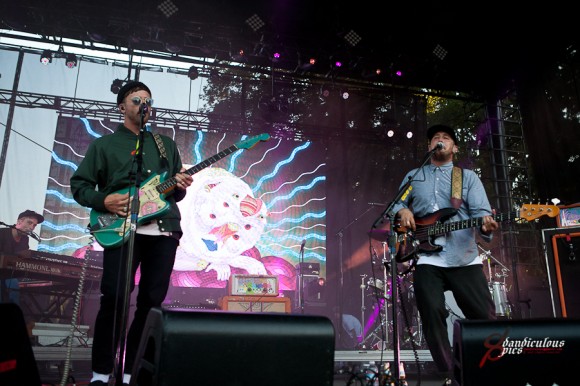 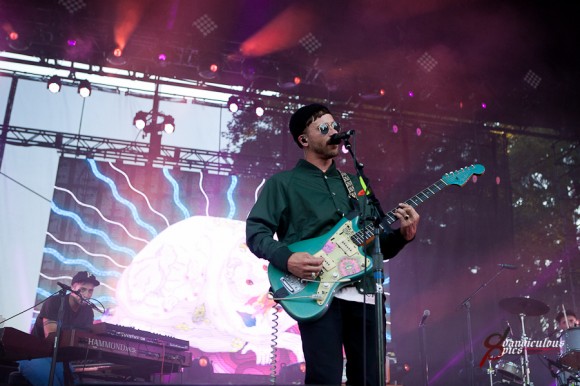 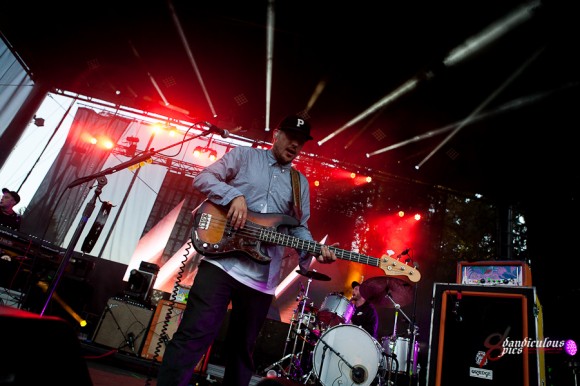 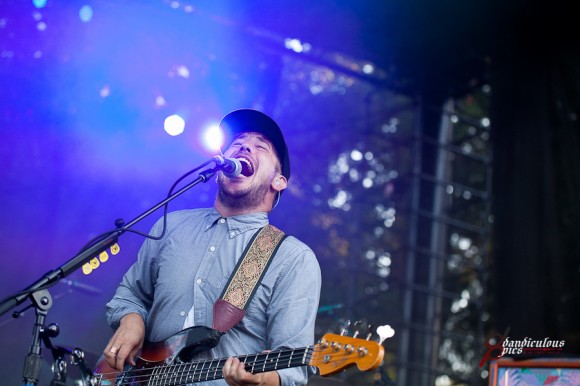 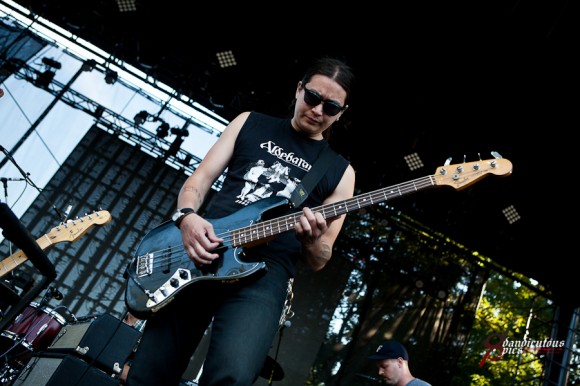 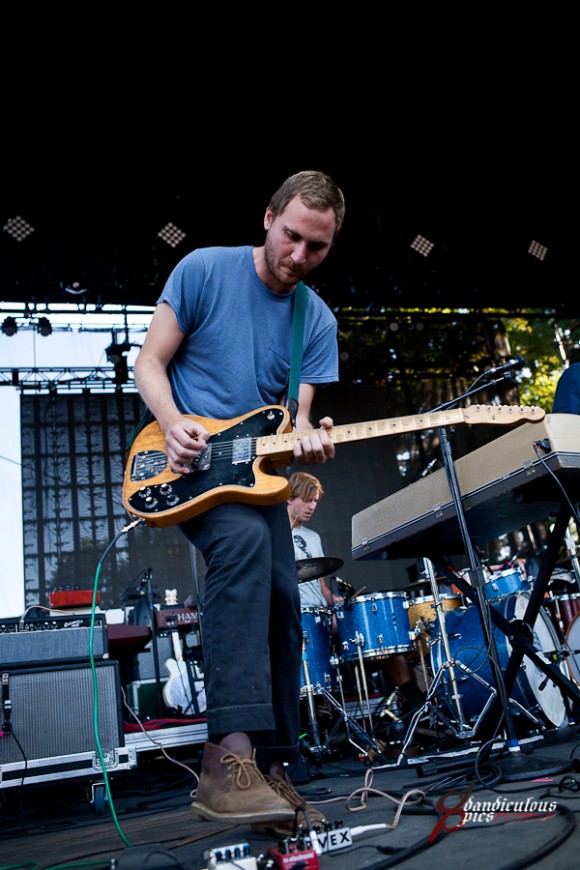 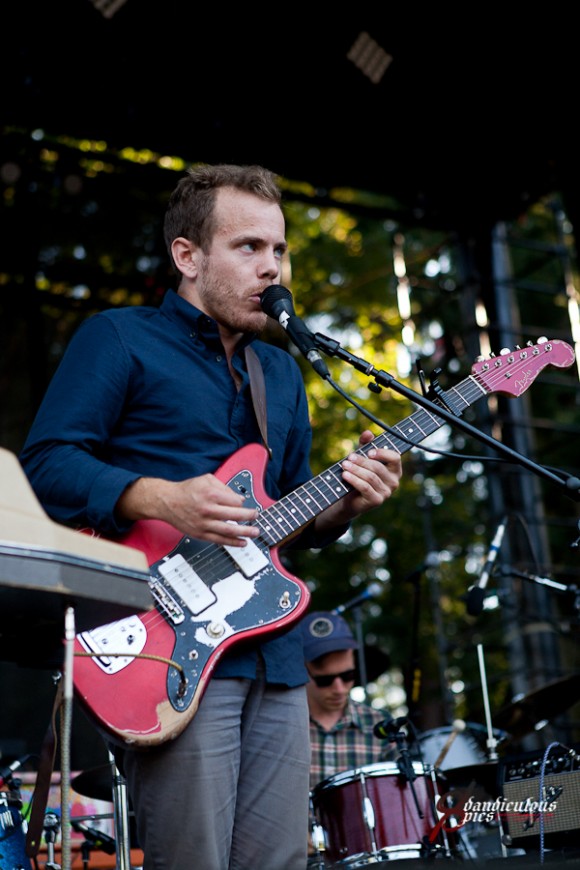 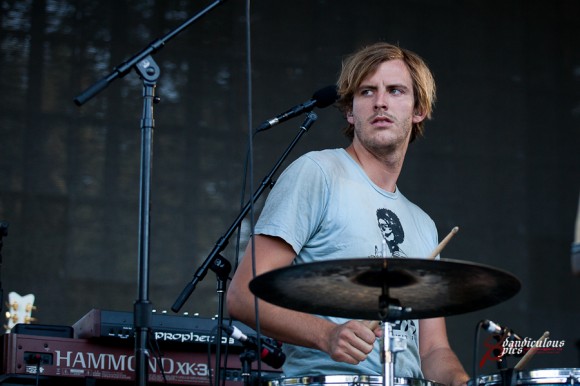