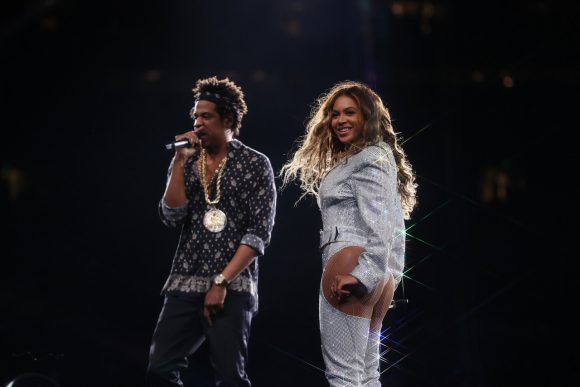 Beyoncé and Jay-Z slayed at CenturyLink Field on October 4th. Seattle was the final stop on their On the Run II tour, promoting their new shared album, EVERYTHING IS LOVE. They told the story of their relationship through song, video, dance, and plenty of fire.

The Carters, clad in all white and holding hands, were lowered onto the stage in an open elevator flanked by giant digital crosses. She sparkled in a sequined bodysuit, thigh-high stockings, and a flat circular hat, and he wore a striking suit, head bandanna, and large gold medallion. As Beyoncé sang the opening lines of “Holy Grail,” Jay-Z shouted “You ready?!” and the crowd erupted.

The show was like a Las Vegas spectacular crossed with a Broadway production. A wall of video screens spanned the width of the stadium, and a live videography crew projected close-ups of the performers and added impressive effects on the spot. An entourage of 30 or so backup dancers and a New Orleans-style brass band were arranged vertically in a three-story square behind center stage. Two moving-sidewalk catwalks extended from the main stage down the length of the field. A section of stage later separated off and moved overhead, to the delight of the center audience.

Beyoncé and Jay-Z shared many tunes, but also performed solo while the other underwent one of countless wardrobe changes. Queen Bey impressively hip-hopped the whole 2 ½-hour set in tall heels, and was as exceptional a vocalist as a dancer. Jay-Z rapped with ease, and invited the audience to sing along, make some noise, wave their hands, and illuminate their cell phones to create a starry sky. Apart from some unexpected audio cutouts for the west half of the stadium and the unavoidable echo of such a large venue, the sound was clear and powerful. The whole performance was larger than life, and impeccably choreographed. 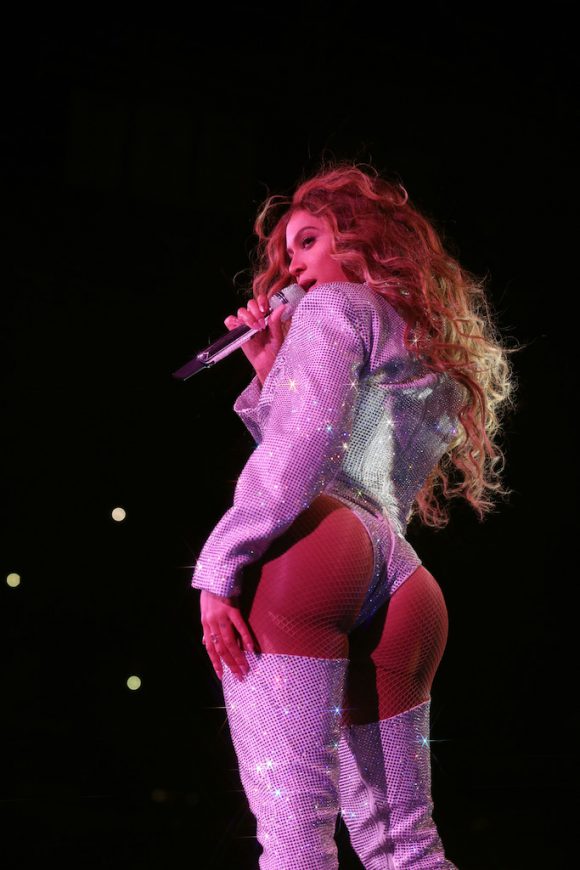 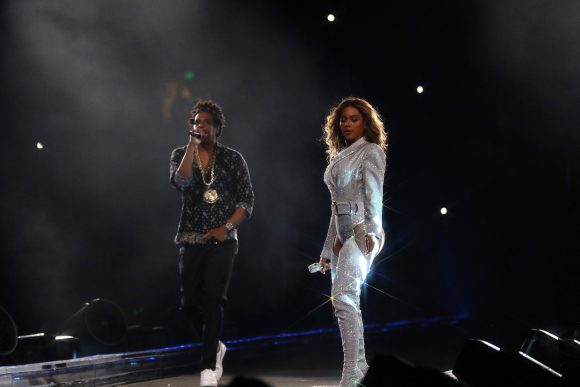 In a stunning 43-song set, Jay and Bey played hits from throughout their careers, including “Crazy in Love,” “Big Pimpin’,” “Formation,” “Drunk In Love,” and “99 Problems.” Recorded video interludes played periodically, featuring artsy home videos, provocative text, and music by other artists. Recurring themes of the show were heartbreak, forgiveness, empowerment, and – most of all – love.

The evening closed with “APESHIT,” off the Carters’ latest album. Large pyrotechnics brought welcome warmth to the more northern seats in the midnight air. Beyoncé thanked, “my best friend…I love you deep,” and Jay called Bey “the greatest entertainer on the planet,” before they thanked their crew and declared that “everything is love.” All night, the couple owned the stage like the entertainment royalty they are.

R&B sister duo CHLOE x HALLE opened the evening, sharing a mix of sweet vocal harmonies (“I see love/I see happiness”) along with guitar and keys. They wore sapphire-blue sequined jumpsuits, black boots, and long braids, and their microphone stands were adorned with floral pink and green. After their set, the Seattle winner of the OTR II scholarship was announced as Federal Way senior Khairi Perry, who was awarded $100,000 for his college studies. 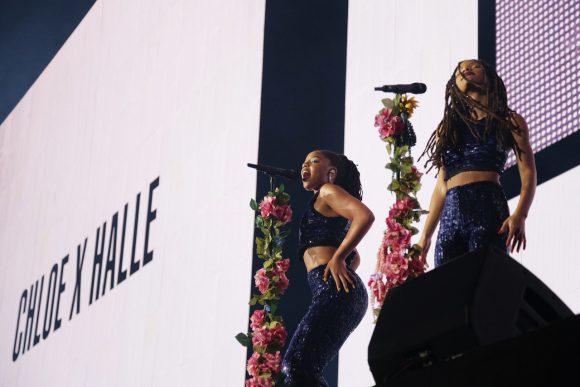 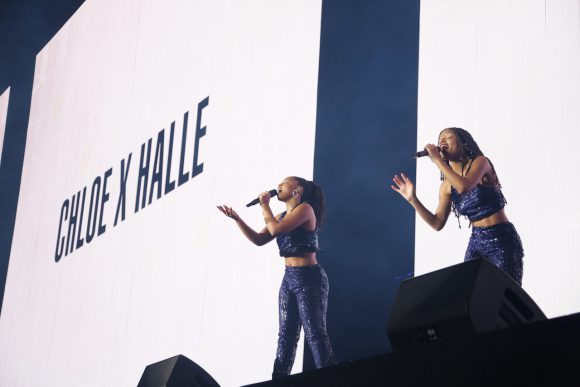