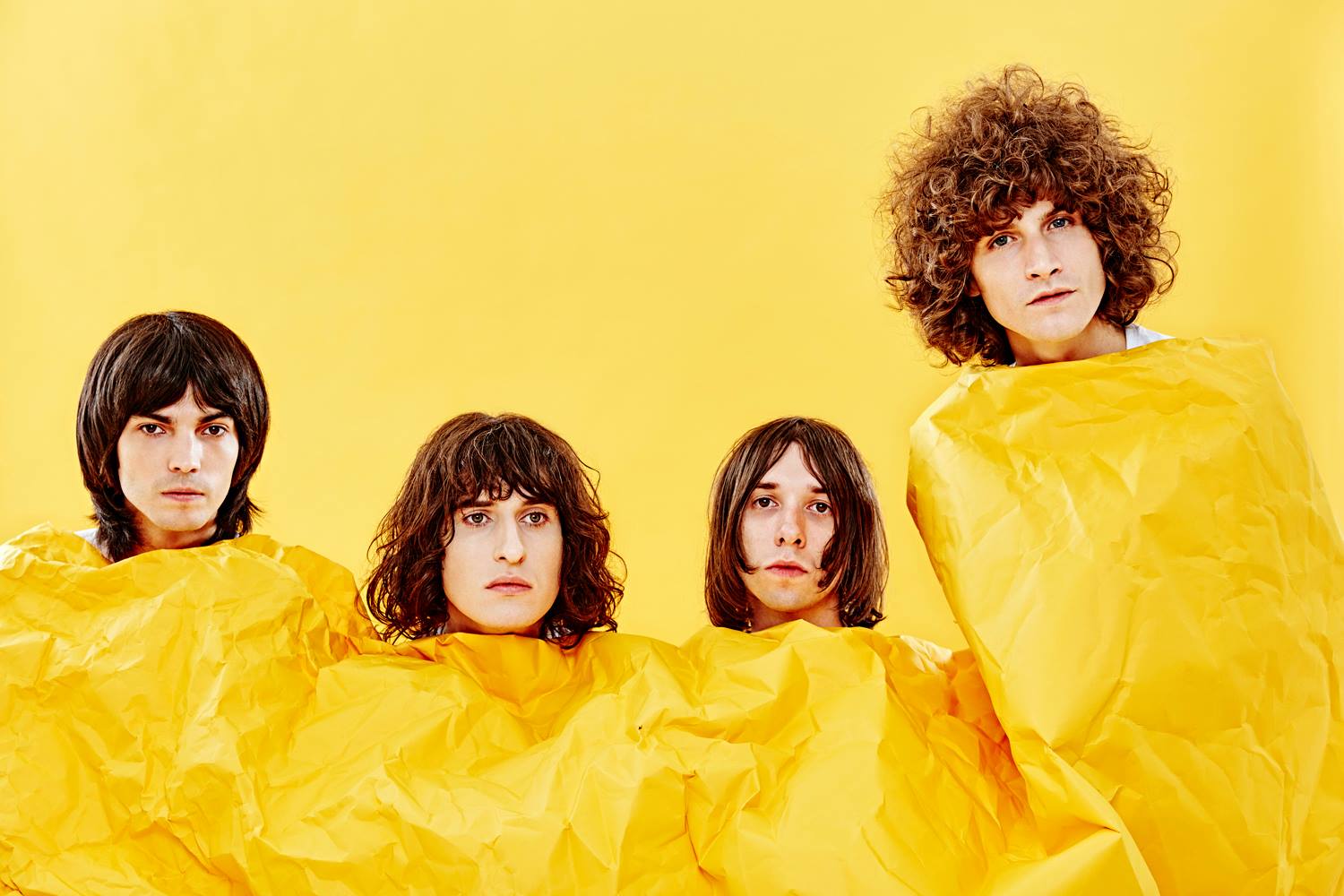 You can’t get your hands on Temples‘ second album, Volcano, yet. Happily, its release date of March 3rd approaches quickly. Or, if you go to Neumos on Saturday night, you’ll most likely hear songs off it, performed by the British quartet, Temples, whose albums have been produced by lead singer/guitarist James Bagshaw. The big difference here between the band’s 2013 release, Sun Structures, and Volcano is: while Sun Structures swings with a definite psychedelic rock emphasis, Volcano has gone more classic rock. And I love classic rock. Okay, there’s still some psychedelia happening; I like that, too.

The group, in appearance, matches both sounds perfectly. Now, I am not saying you need to look nice to play great music. And it doesn’t enhance the experience of listening to music; obviously, most of the time you listen to music without seeing the artists. What I mean is, Temples look exactly like how I would picture them. It makes it a cool bonus when you see a band perform live. Oh, and my favorite tracks from albums one and two? I am partial to “A Question Isn’t Answered” and, to what I have heard so far from Volcano, “I Wanna Be Your Mirror.”