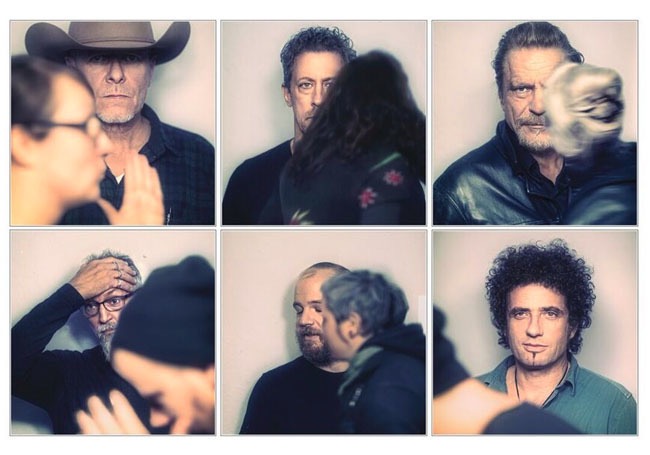 It’s the end of Swans as we’ve known them. The beyond experimental band (what would that be? Answer: Swans. Naturally) returns to Seattle this Friday, August 25th as headliners at the Neptune. Now, it doesn’t matter where Swans plays, they’ll be awesome anywhere, but the Neptune, perhaps mostly due to its stained glass images of Roman gods, seems such a fantastic spot for them. One’s of Aphrodite, goddess of sex. Magnificently, there has always been something sacrosanct about Swans’ music and sacred about their shows. It’s not just the extreme volume they perform at, it’s that ability to express what is holy and godlike. And do it with a strange and terrifying beauty; their shows are more like a possession than just any old show. Extensive songs evolve with true beauty, and this show is one of the last bandleader Michael Gira will do with the current Swans lineup. Swans will not completely disappear, as Gira has said, “I will continue to use the name Swans, but will revert to a cast of revolving contributors, drawing on a pool of men and women I’ve worked with along the way (and new ones too). . . In addition to new music, I’ll be working on making sure the Swans catalog is all reissued properly and stays in print in the best possible form and packaging (which is just as important to me as the music itself)”. That’s great news. Also, a documentary about Swans, called Swans, Where Does A Body End?, is set for a 2018 release.

For tickets and more information, check out the Neptune’s event page for Swans.