Tori Amos came to the Paramount ready to perform on Wednesday night bringing some excellent musicians along with her. Touring in support of her new classical rock album, Night of the Hunters, she was more than ably backed by the amazing Apollon Musagete String Quartet. The opener, Norwegian singer-songwriter Thomas Dybdahl, made the most of his short set. 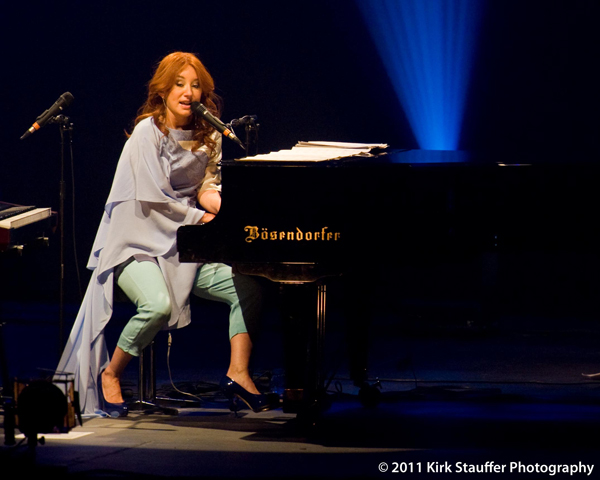 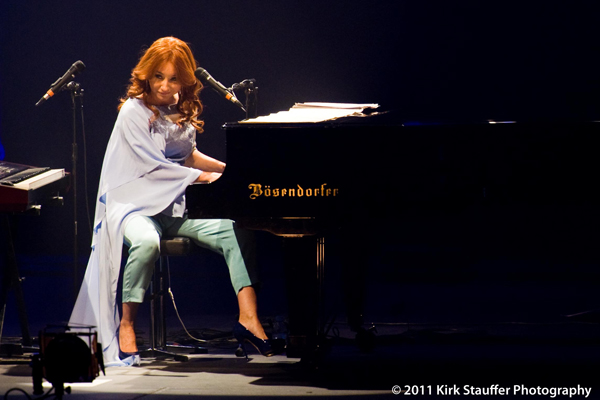 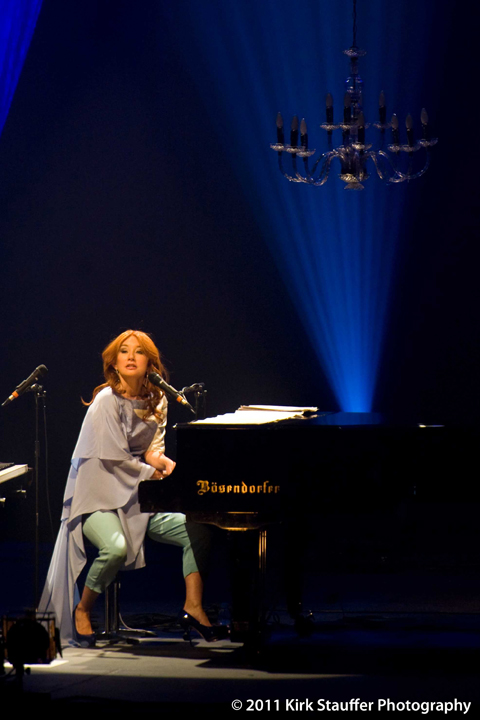 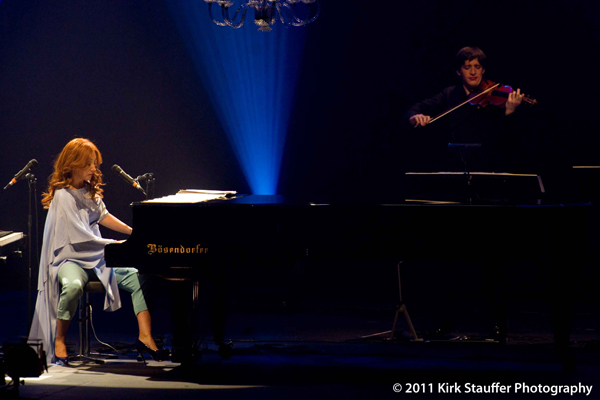 Dybdahl is a singer-songwriter in the vein of Nick Drake, Jeff Buckley and Damien Rice. His songs are extremely expressive and he possesses an impressive vocal range. Most of his songs, such as “Party Like It’s 1929” are darkly humorous. Other highlights of the set included “Cecilia” and “A Lovestory.” Dybdahl’s vocals and guitar filled the Paramount as best they could. He is a true performer, connected with the audience well and even invited audience questions for a brief Q&A after the first song. I hope to see Dybdahl back in Seattle soon. 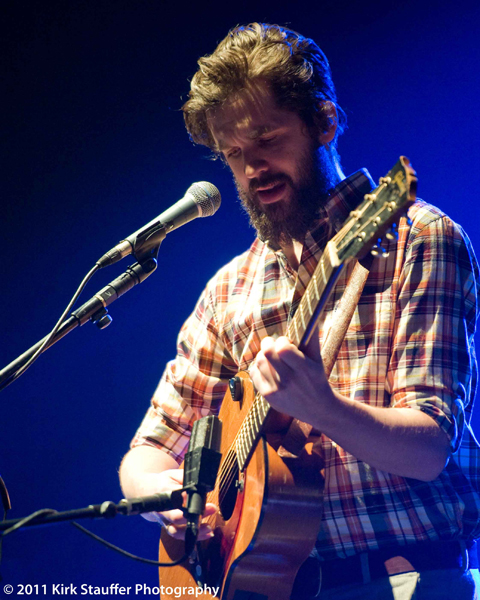 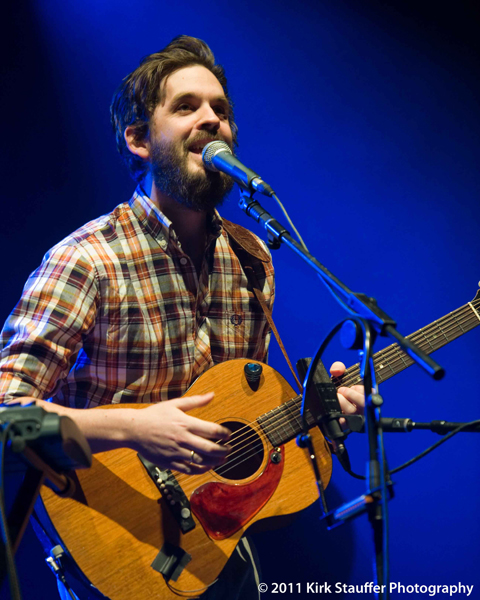 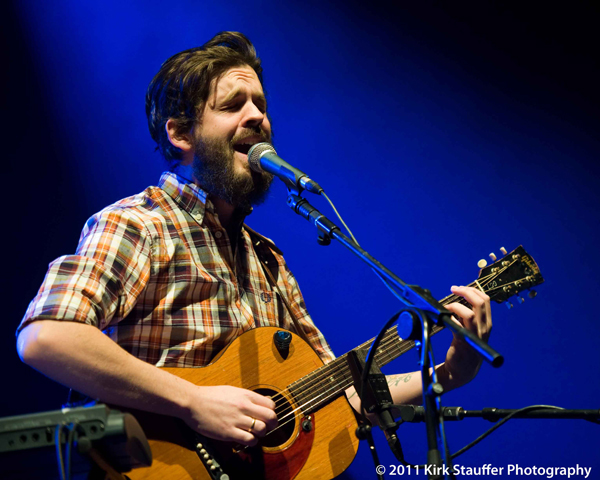 Tori Amos’ set started slowly when one violinist from the string quartet started to play. One by one the other three joined in. It sounded like a storm was on the horizon, the waves of sound were crashing down. Tori took the stage and broke right into “Shattering Sea,” the first track off the new album. The material from Night of the Hunters was excellent. It was amazing to have the Apollon Musagete String Quartet backing Tori on these songs as they did on the album.

As great as the new songs were the real excitement for most in the crowd was when Tori reached into her back catalog and performed some of her most beloved fan favorites, deep cuts and covers. Early in the set she delivered a powerful, abbreviated take on Simon and Garfunkel’s “Scarborough Fair.” The short and bouncy favorite “Mr. Zebra” also made an early appearance. 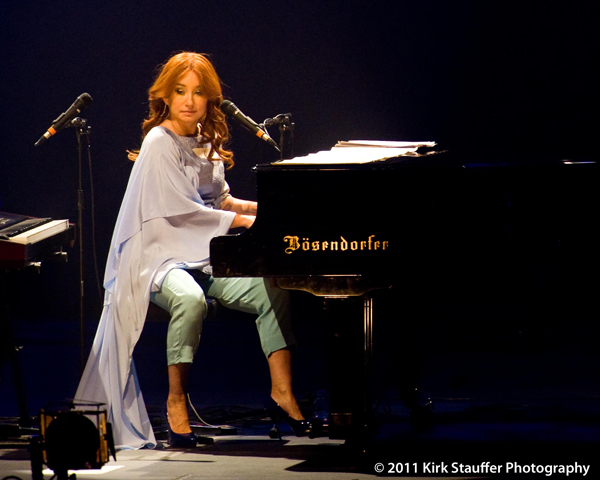 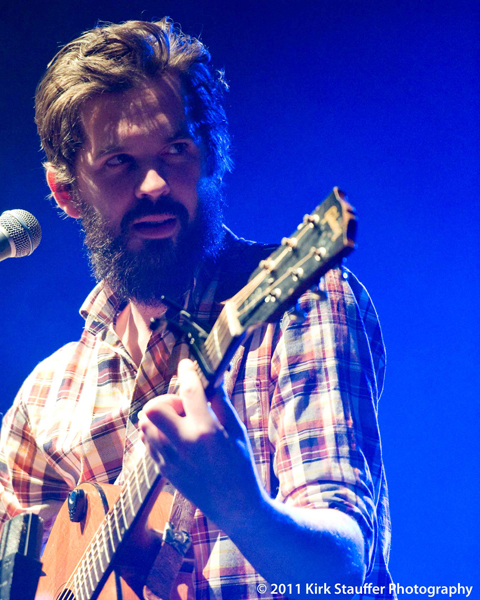 The lighting during the set was used to great effect enriching the overall experience but never taking the focus off the music. During “Icicle” the spotlights shone out into the Paramount creating icicles of light. The stage turned green and red for Tori’s amazing rendition of “Have Yourself A Merry Little Christmas.”

The amazing “Winter” was only enhanced by the string quartet. My absolute favorite Tori Amos song is “Past the Mission” from Under the Pink and I was lucky enough to see and hear her perform a powerful solo version. Vocally Tori sounds as good as she ever has. She closed out the main set with a piano pounding version of “Cruel.”

She returned to the stage and offered up a five song encore including “Father Lucifer” and “Precious Things”. Closing out with “Big Wheel” Ms. Amos left everyone wanting more. 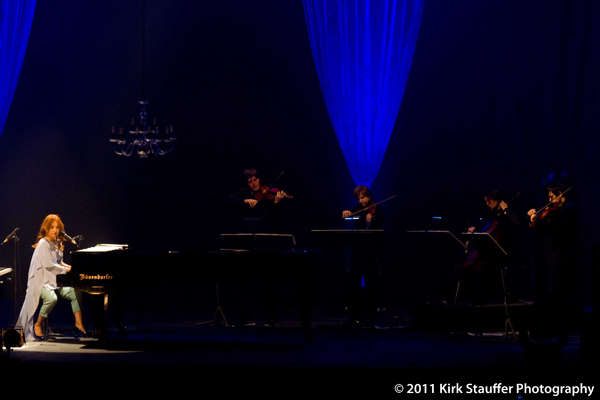 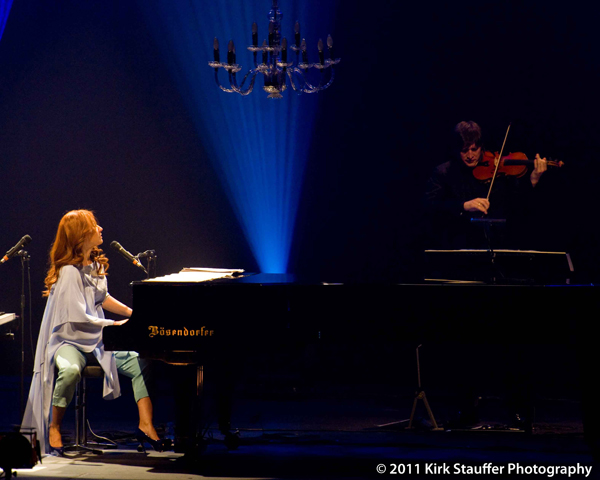 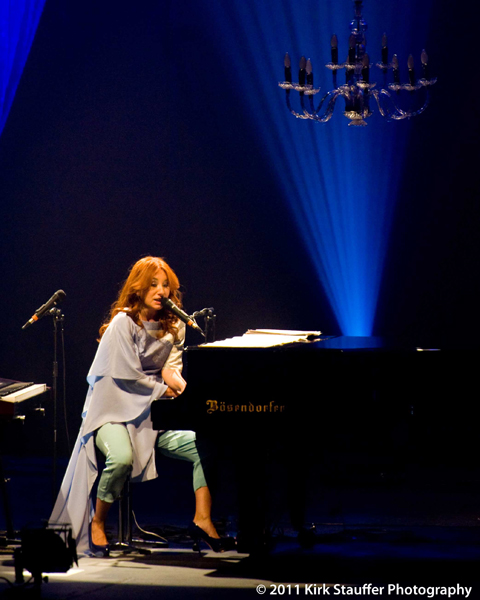 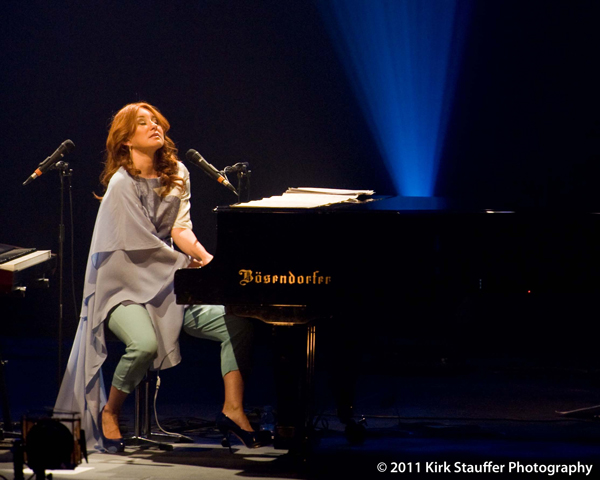 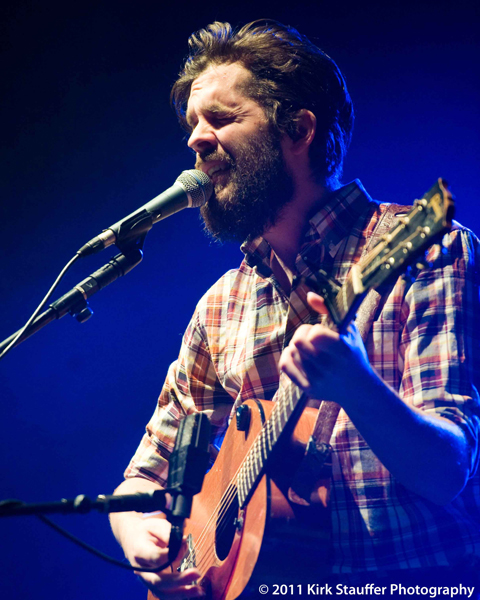 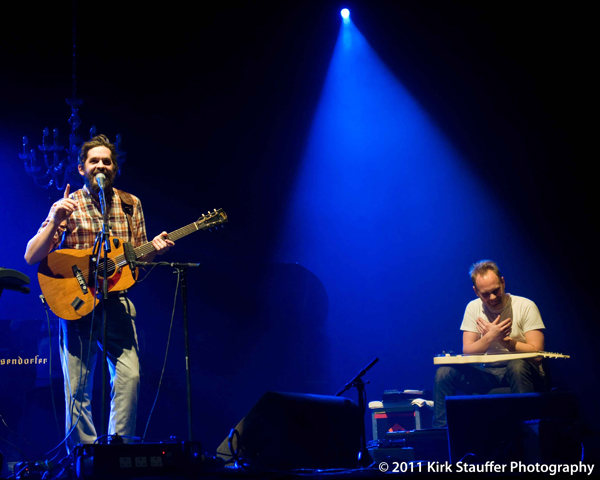 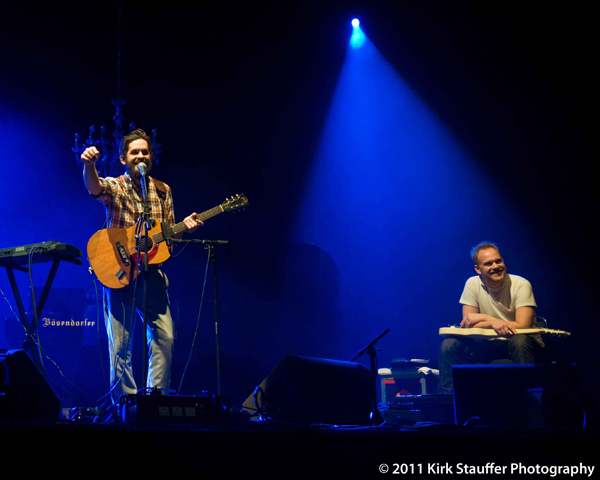 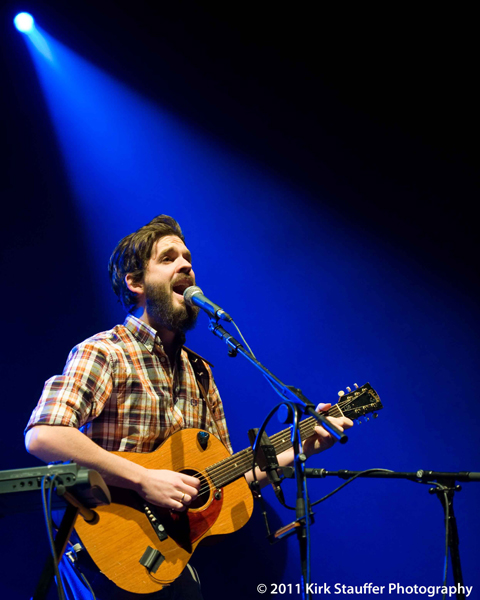 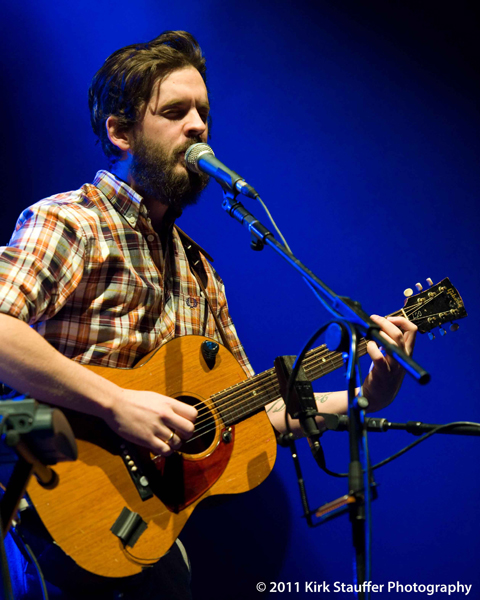 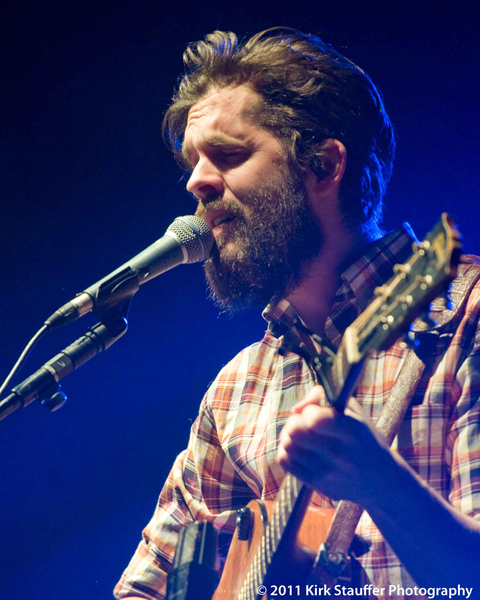