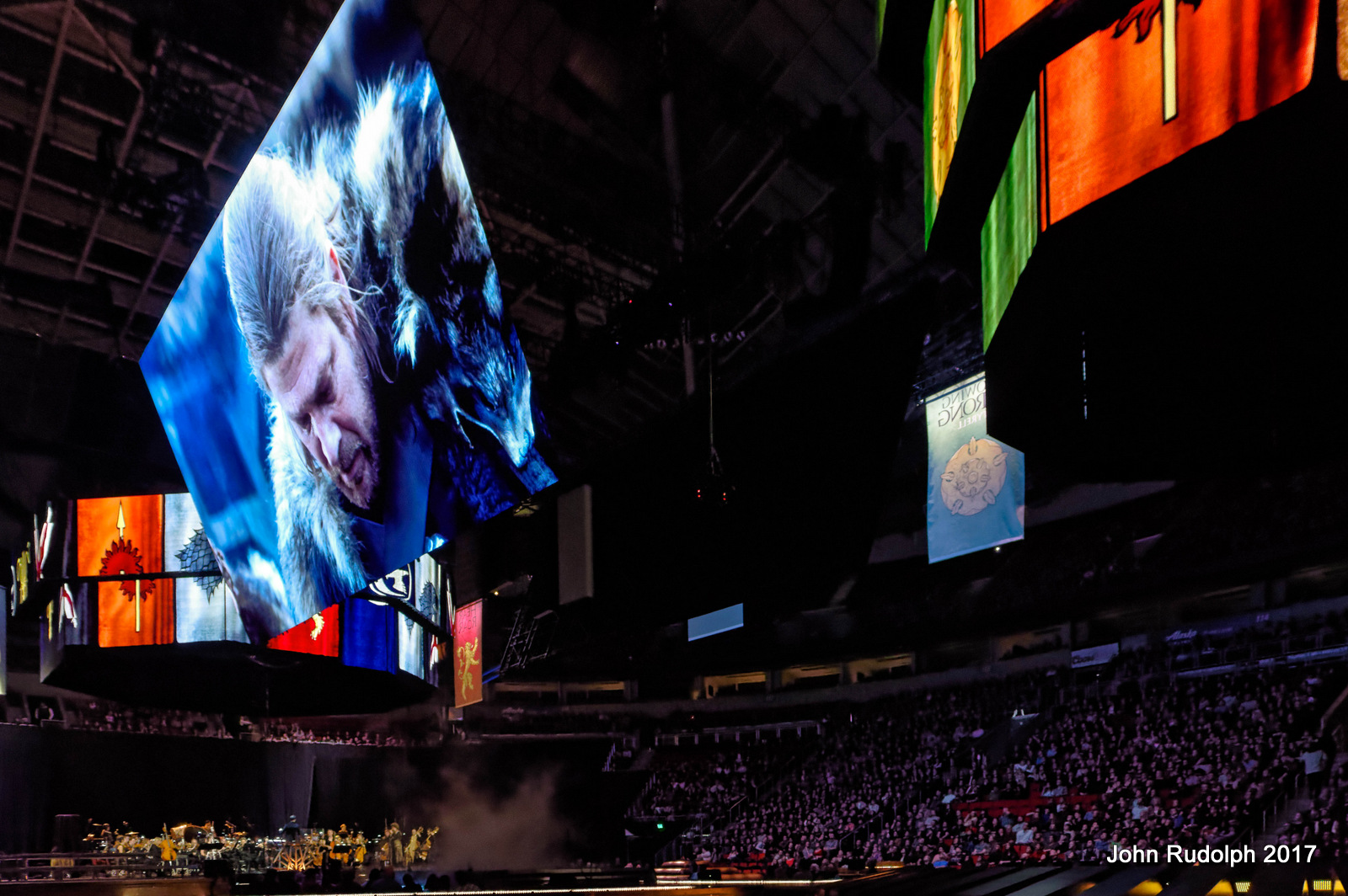 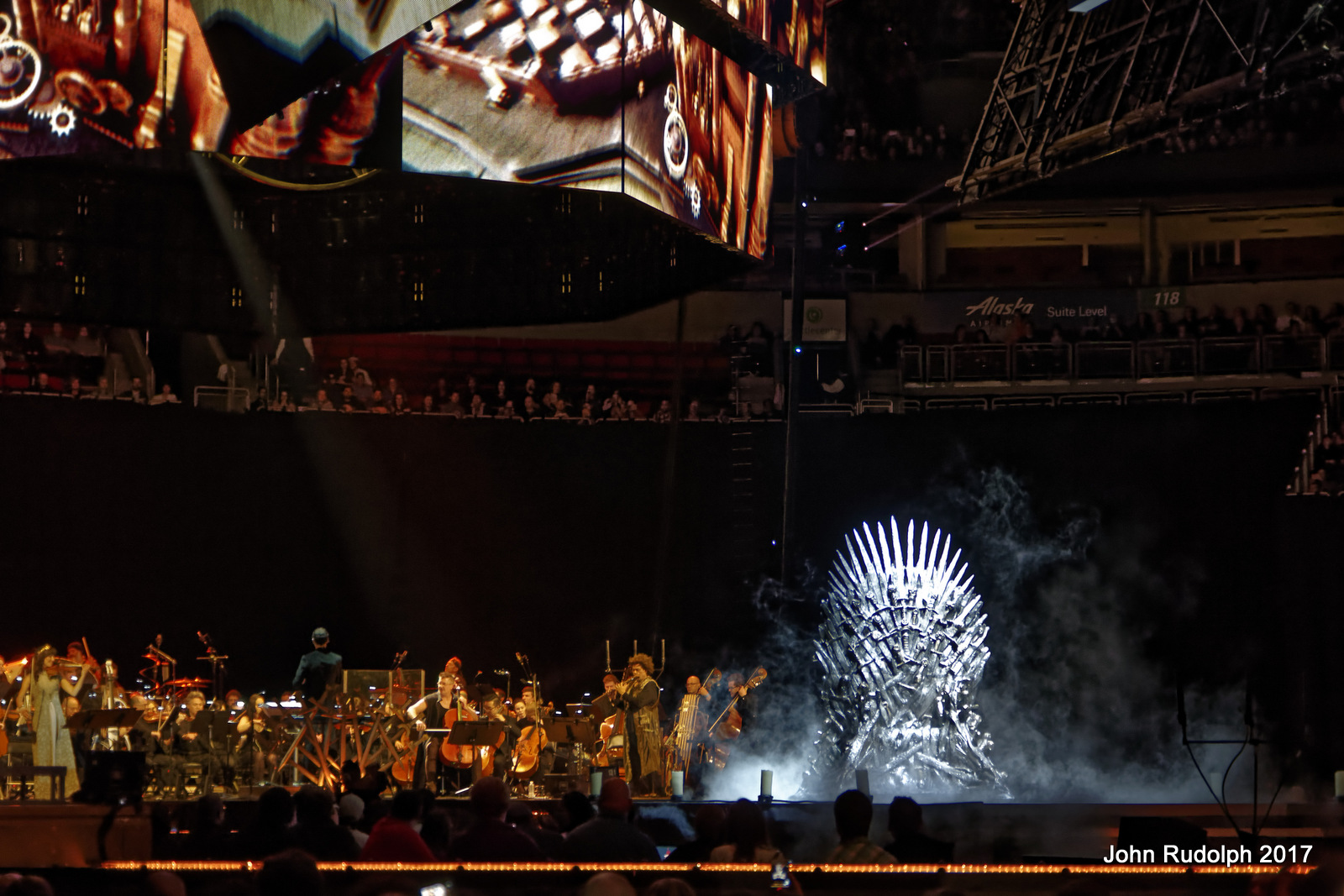 Game of Thrones: Live Concert Experience at KeyArena was a sensorial tour de force. The production bathed the audience in sights and sounds at a whole new level. The show’s composer, Ramin Djawadi, wrote the score for HBO’s worldwide sensation.

Game of Thrones is a medieval television show with larger than life characters, intense carnal passion, and massive battle scenes. The Live Concert Experience brought all of that to life with a huge expanse encompassing the entire arena with a full 80-piece orchestra on the King’s Landing stage, a Winterfell stage at the opposite end, and four smaller stages containing various solo musicians.

The runway between the King’s Landing stage and the Winterfell stage was where the dancers, the swordsmen, and the musicians travelled, replicating the events on the massive screens above. 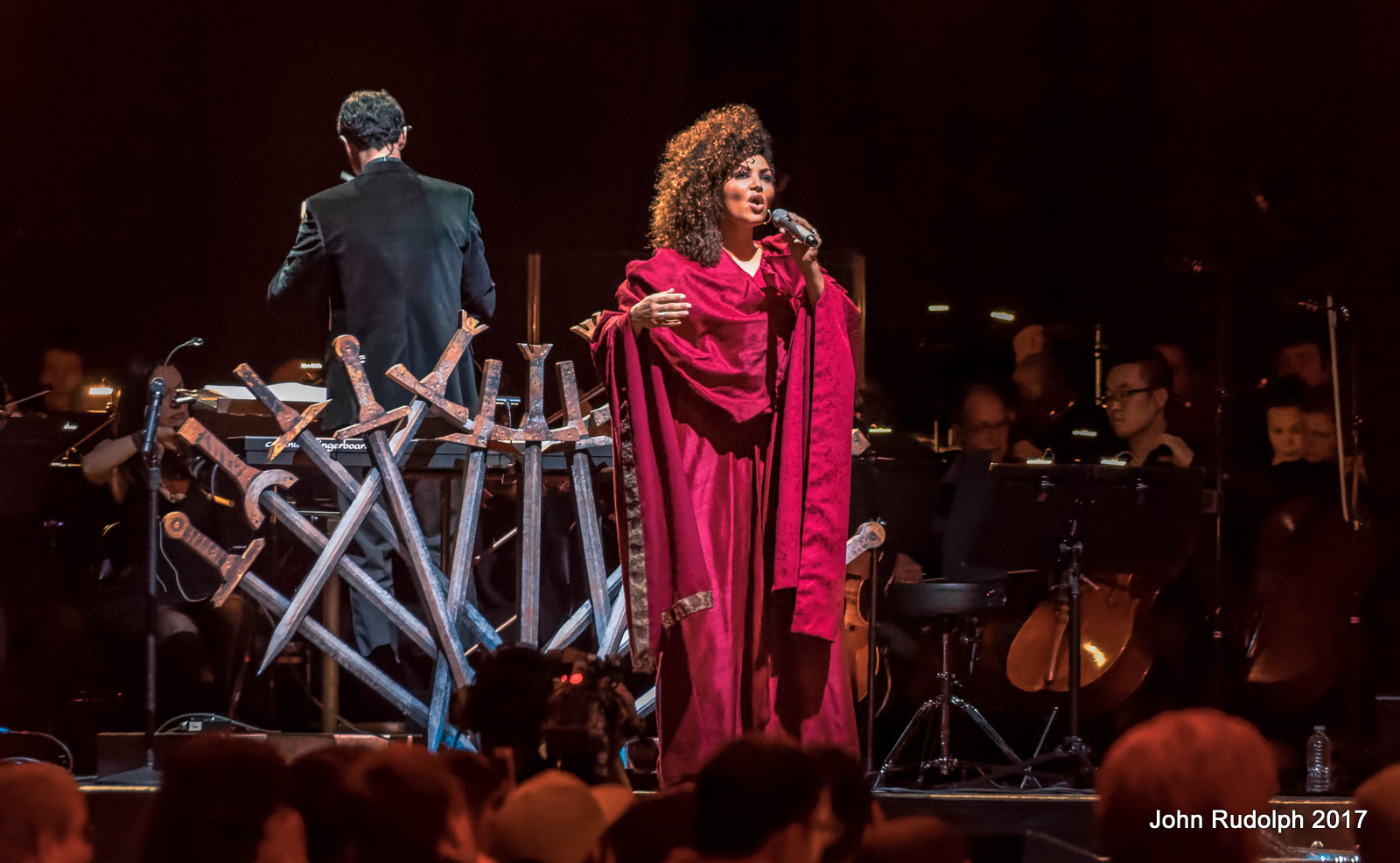 Ramin Djawadi layered his musical performance with fantastic and mystical instruments, including the didgeridoo and the amazing Hammered Dulcimer. Peppered throughout, Djawadi played scenes from the epic drama accompanied by the orchestra. The singing and the artistry were wonderful!

At any given time, there were solo musicians on each side of the stage with an intense video above, and the crowd cheered the entire time. 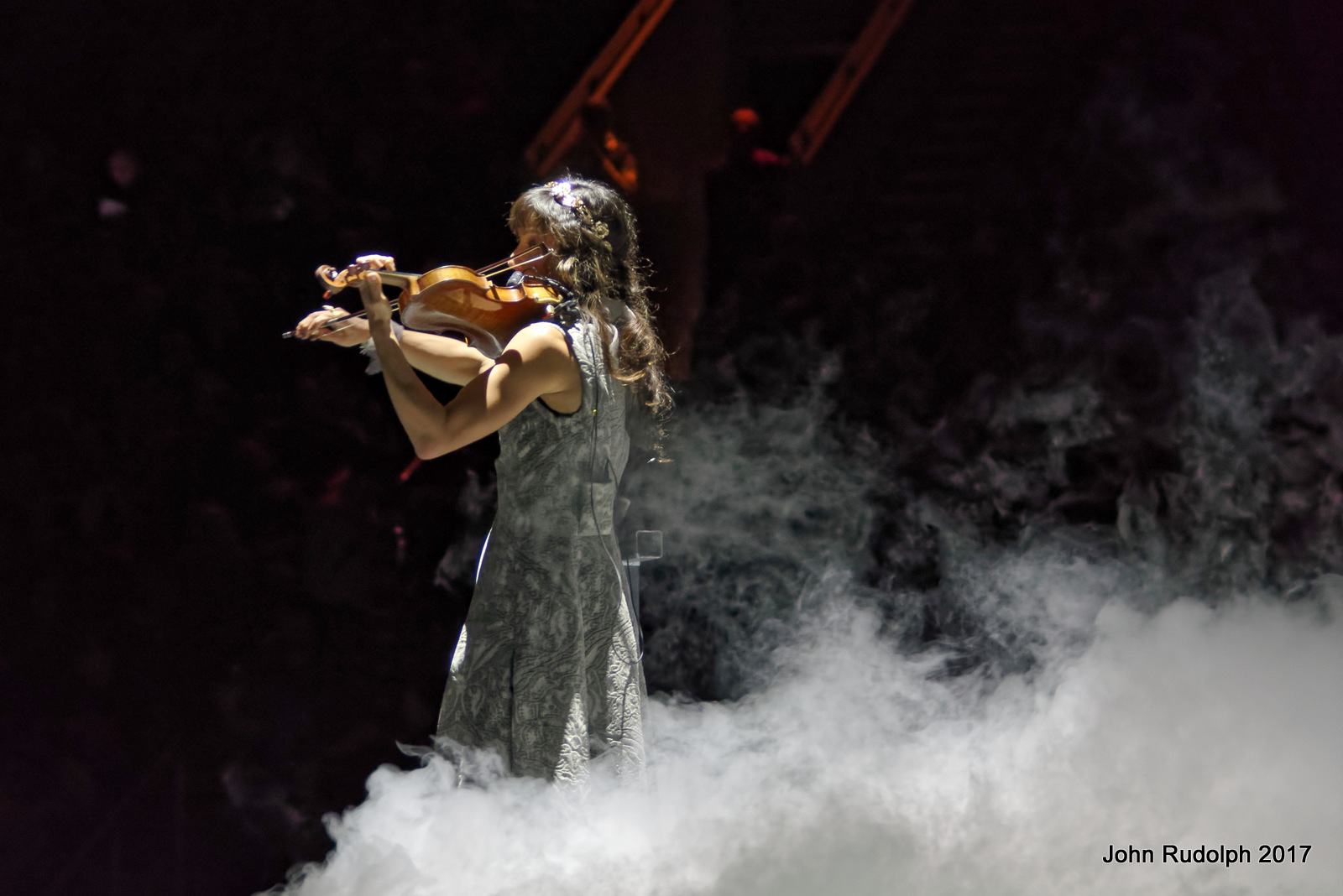 One of the coolest parts was when the queen rode the dragon and attacked the Armada. Flames swirled around KeyArena and you could feel the heat coming off the enferno.

The big battle scenes were spectacular. The rich, deep sounds of the orchestra really brought Game of Thrones to life. 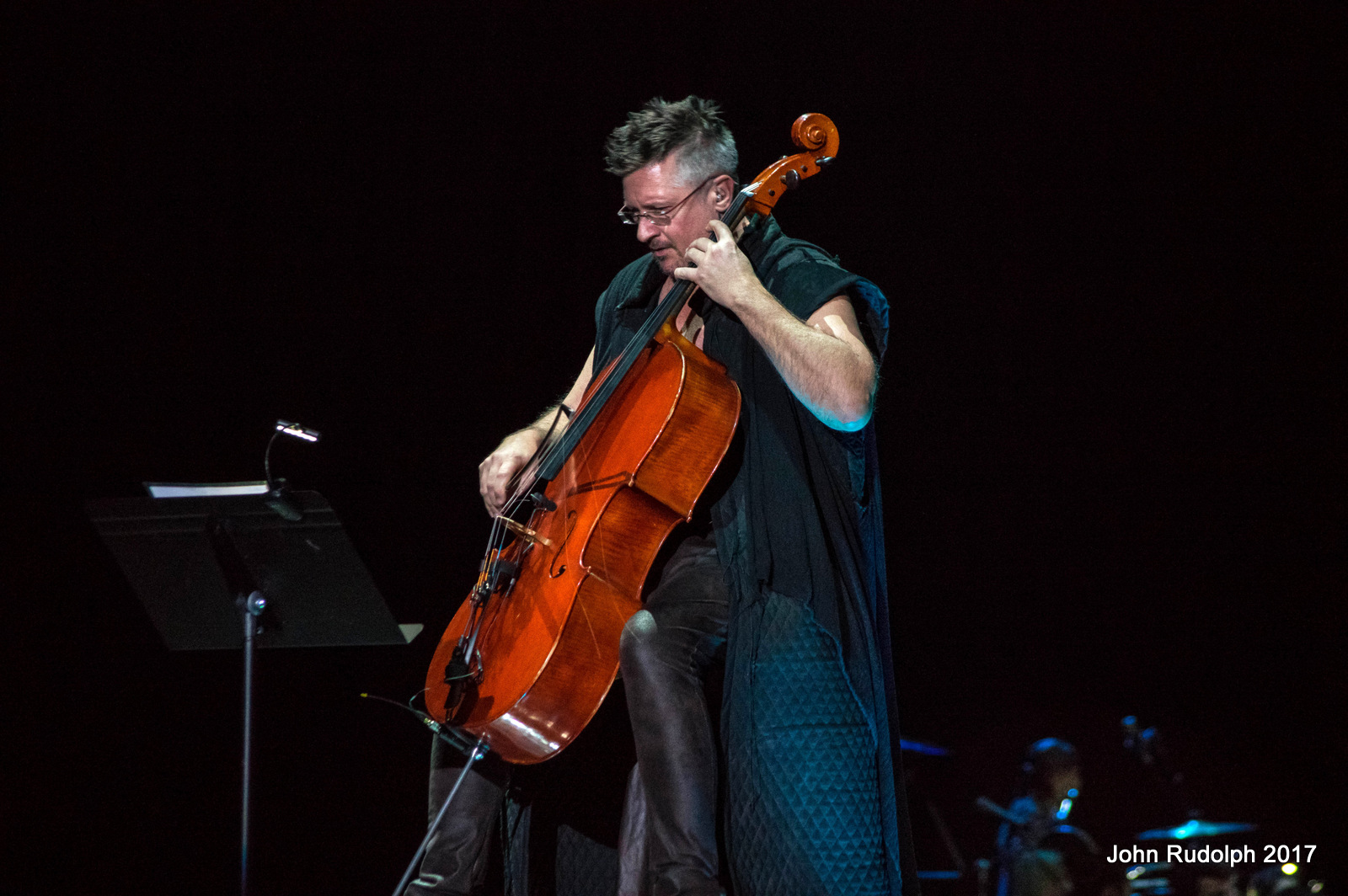 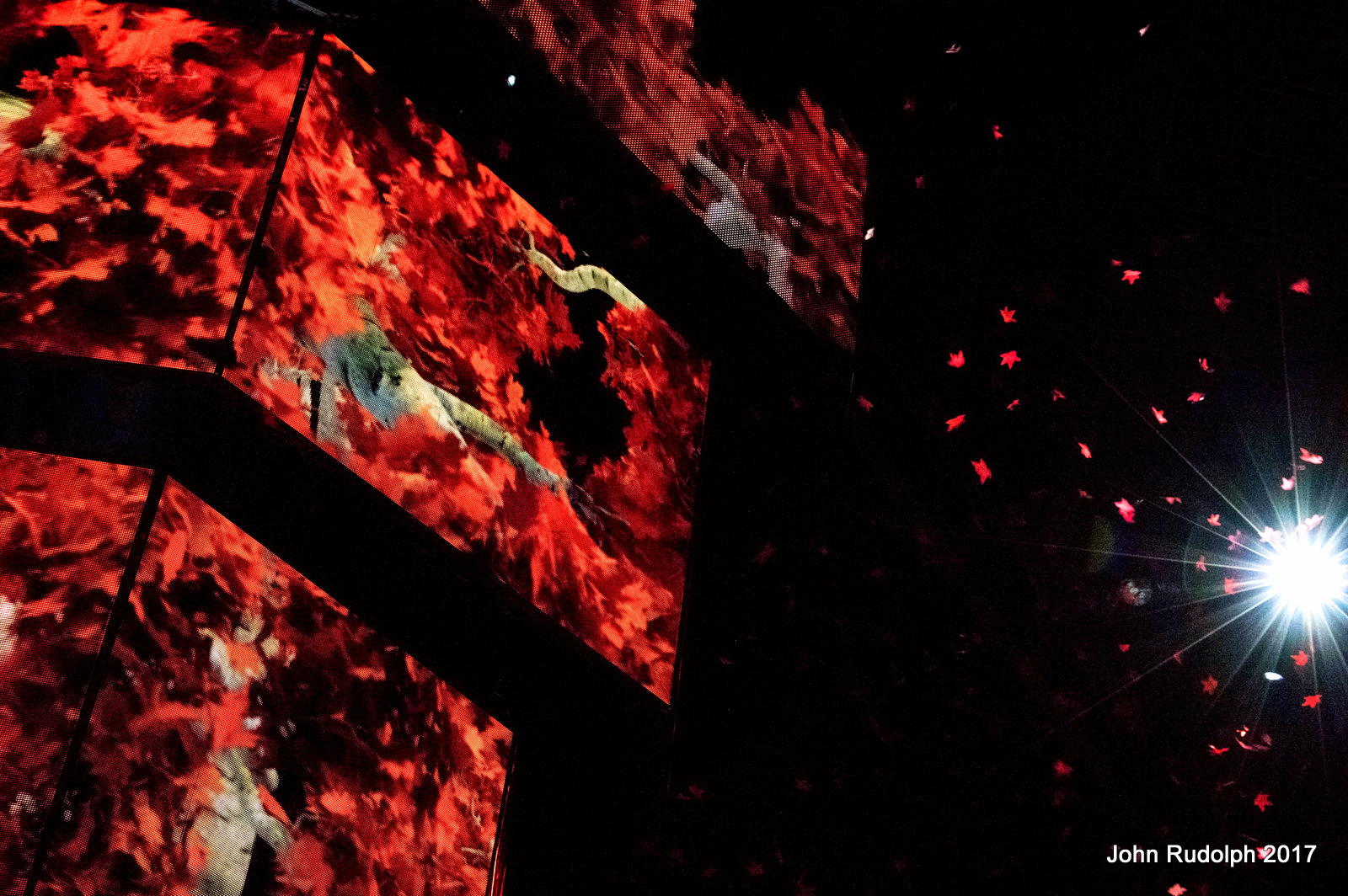 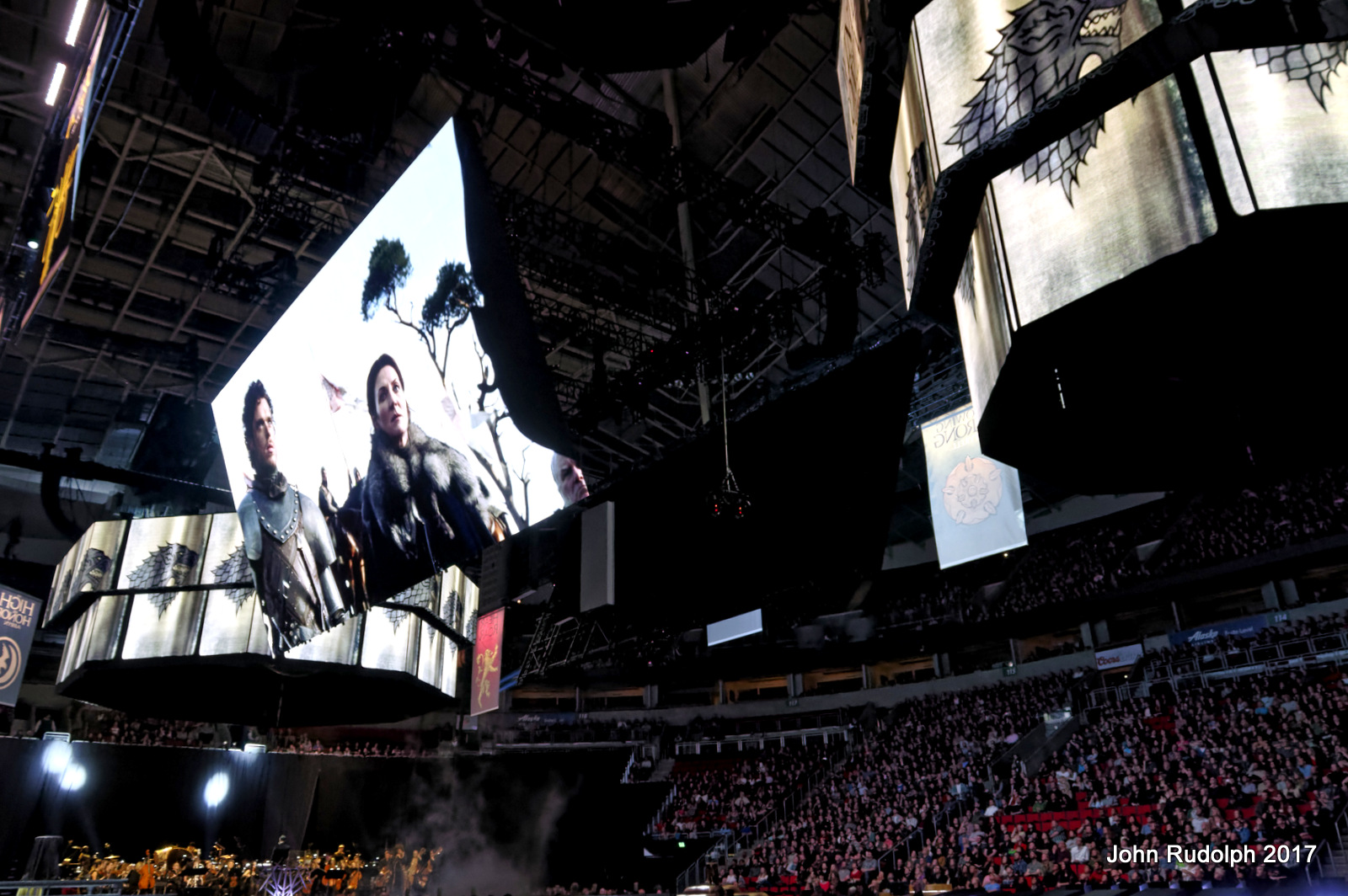 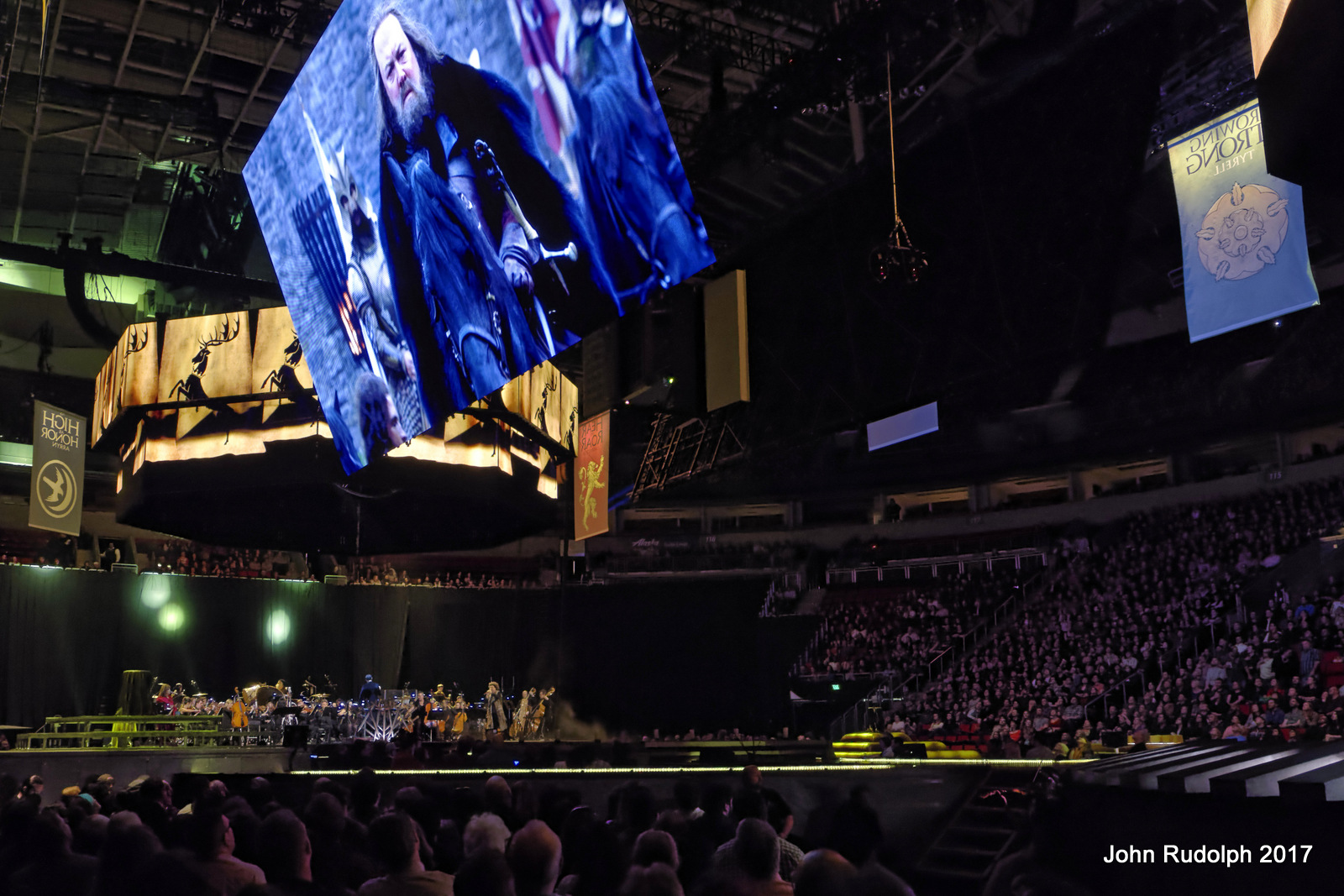 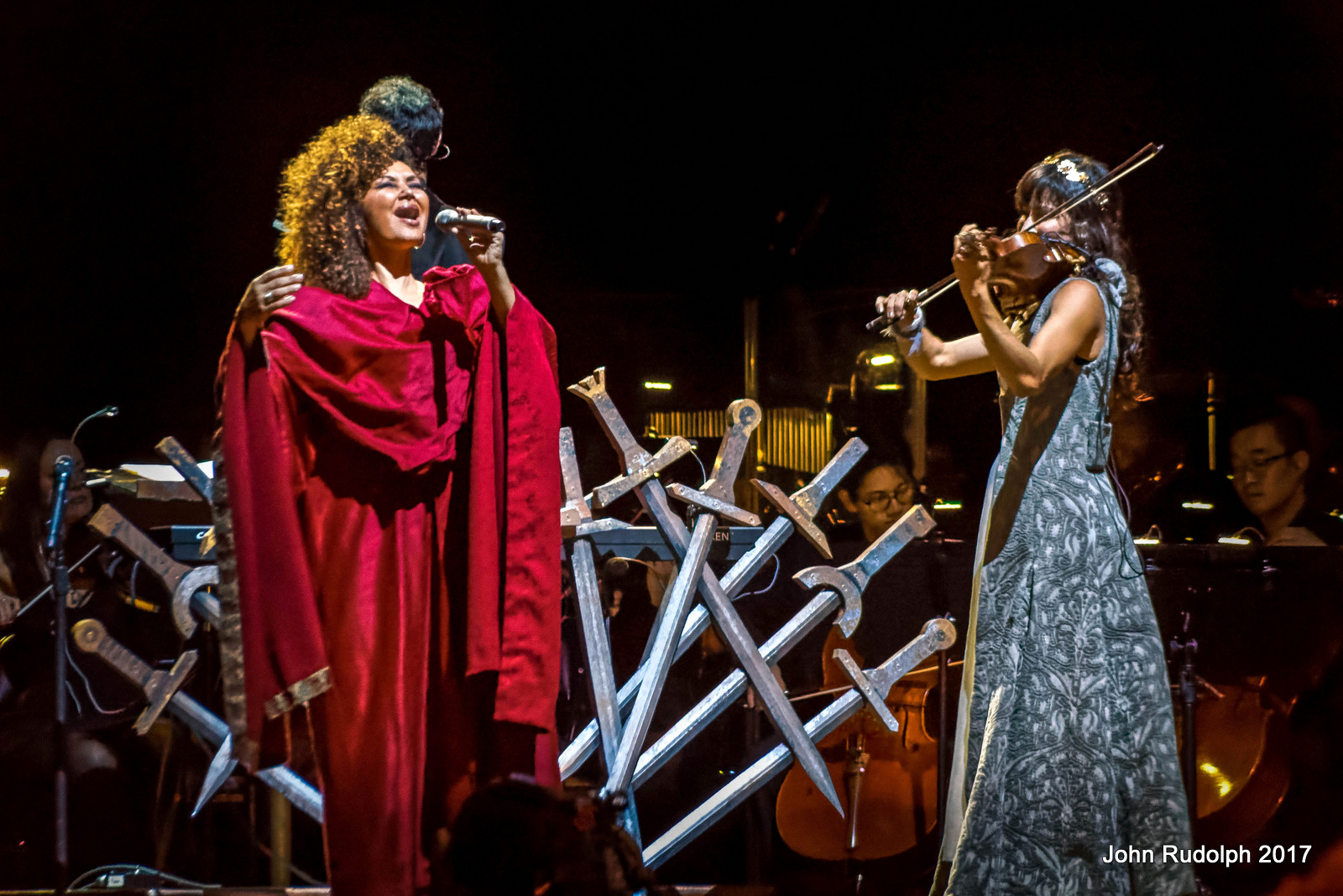 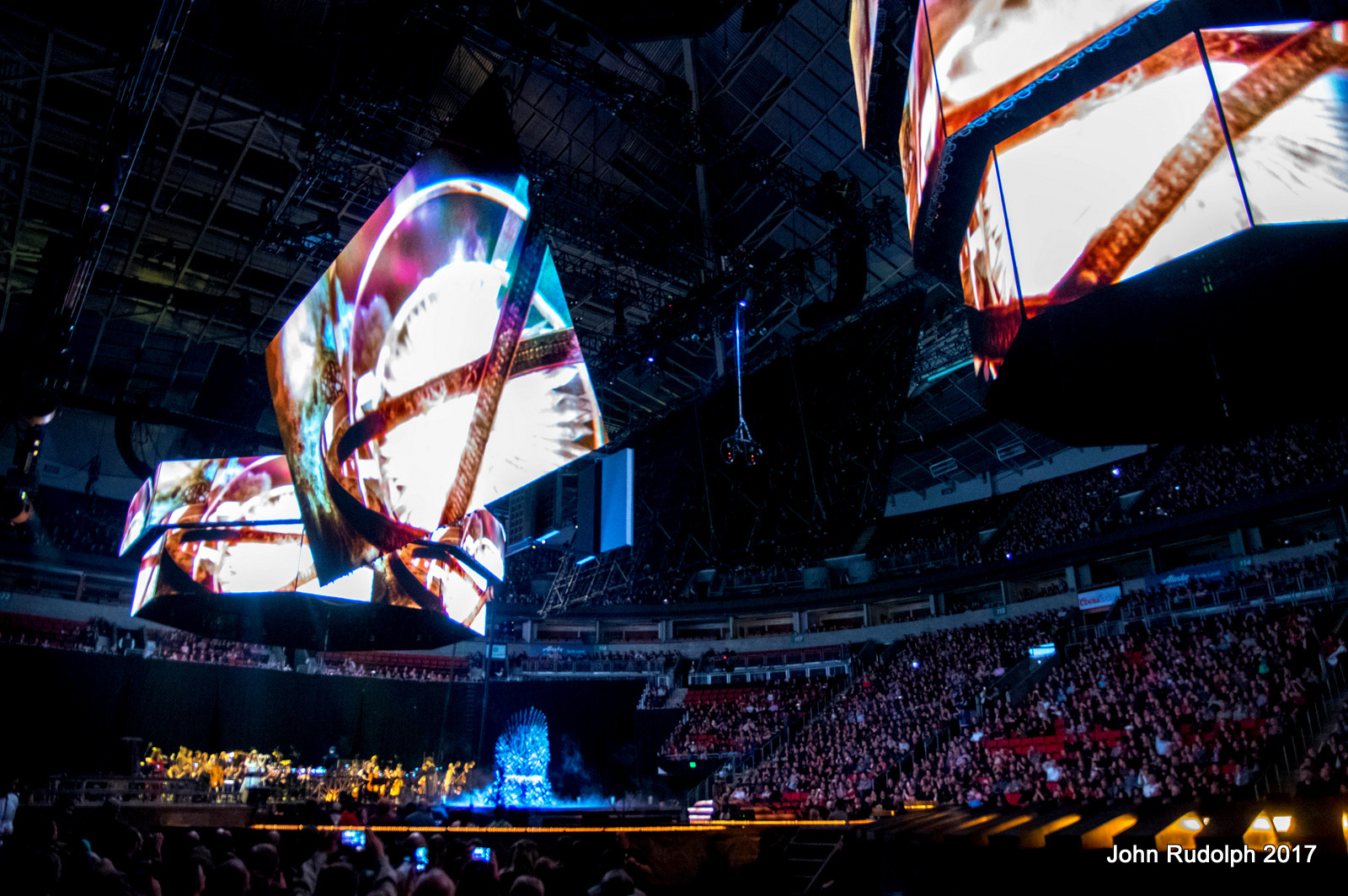 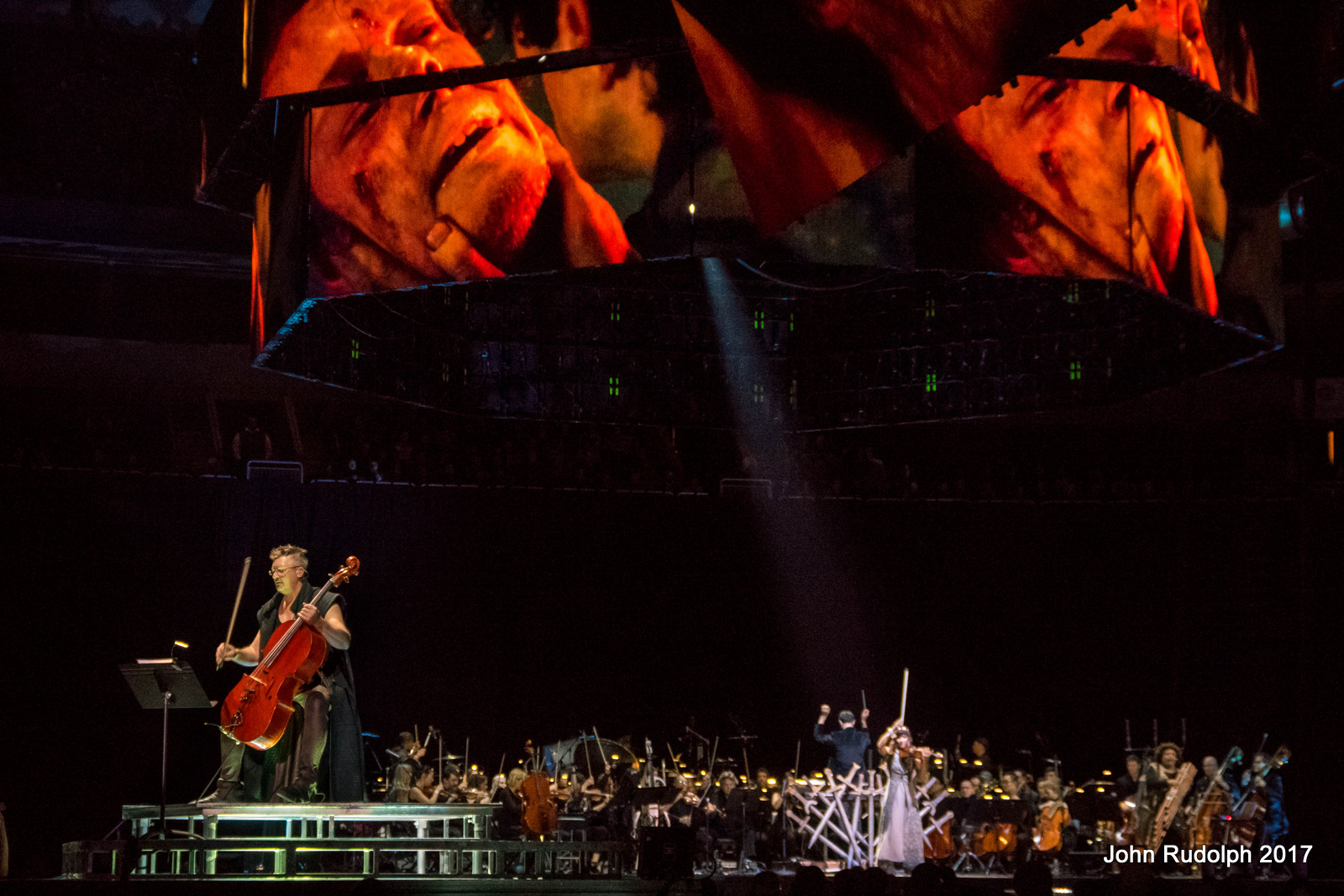