Danish artist Oh Land, aka Nanna Øland Fabricius, released her second album, the self-titled Oh Land this year. Oh Land is the follow-up to 2008’s debut album, Fauna, which introduced the singer-songwriter – and former ballet dancer – to Denmark and the world beyond as a unique talent with a beautiful voice. After several years of dancing professionally, Oh Land suffered a back injury that took her away from the rigors of ballet. The singer coped with her pain by reaching into music, an area she initially separated herself from as her father is a composer and mother is an opera singer. Oh Land, who named her project after her middle name, Øland, is now based in New York. I got to talk with her recently about her superb new album, her creative process and stylistic inspirations.

How has your background in dance influenced your performance and songwriting?

Oh Land: I learned a lot in dance, especially the way you tell stories visually with movement, costumes, dance and music. I’ve definitely brought that into the way I do music and the way I perform.

What is this music pad thing you have I’ve been reading about?

OL: I have a way that I trigger electronic sounds live. It combines the visual projector with what we play. It’s a whole interactive electronic and visual way of performing.

It’s so cool. . . I saw the Letterman and Jimmy Kimmel performances with the balloons. Loved them.

I also saw an interview with you from your apartment – you seemed to have several snow globes. Do you collect them?

OL: Yes, I do. It’s one of the little things that I can usually get in every city.

Awesome. Your video for “Sun of a Gun” is like a snow globe.

Do you create visuals in your mind as you write?

OL: Yeah, I do. I make films in my head where a song is happening, how the people look, everything plays a role when I write. I use those pictures to describe lyrically what’s going on, what it looks like and to describe an atmosphere that way. 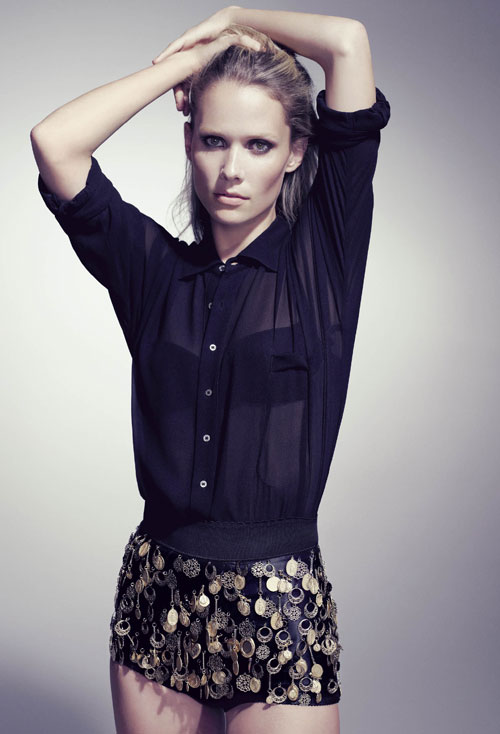 The song “Rainbow” particularly struck me – how did you come up with that one?

OL: That one was written in London not too long ago. That was actually the last song added to the album. I wrote in when the album was almost done, but then the last second I wrote that one. It’s about how a rainbow is every color but when you’re in love with somebody that person becomes the whole rainbow and there’s only one color in that rainbow.

OL: It’s flexible in the way that every sound can be an instrument. You can take whatever sound you want to use – walking, driving, traffic – basically every sound you can record and filter it and use it in a way where it suddenly becomes an instrument and part of the production. That’s one of the things about electronic music that I think is really interesting. You don’t have to use traditional instruments. In that way it’s very flexible. It can also be inflexible in the way that, how do you play those sounds live? That’s one of the things we try to work with so we can play everything live and it’s not just a laptop.

On the cover of Fauna there’s an amazing fish head. Where did it come from? Do you still have it?

OL: It’s in my apartment. It’s by an artist called Eske Kath, who also did the album cover for my new album. He does amazing art. He made the figure out of plaster. There’s an old myth saying that underneath Japan there’s a giant catfish, and when the catfish moves the earth quakes. It can cause a huge catastrophe like we experienced recently. It can also generate a lot of new things. People have to reshape their lives, and I could relate to that myth because of what happened in my life when I was forced to stop dancing because of a back injury and then I turned to music – living a completely new life with music.

So songwriting was therapy in a way?

OL: It was like my diary. In songwriting I could say all the things that I wouldn’t tell friends, wouldn’t talk to my parents about because it was a holy place where nobody would judge me for what I was saying. 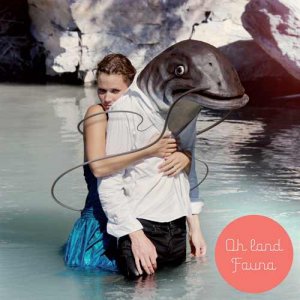 How many siblings do you have? Are they creative also?

OL: I have two. One brother in San Francisco who does computer programming, and a sister who works in design with a designer in London.

Have you done work with her?

OL: I’ve worked with her a couple times. When I was a child she was a big inspiration because she was eleven years older than me and she was making all these crazy outfits I would try on.

Nature seems to inspire a lot of your style – in particular birds.

OL: I feel like a bird is the ultimate beautiful animal because they’re so free and they can do whatever they like. I like to wear something where there’s a lot of air and space, so that I can move freely.

Would a bird be your spirit animal?

OL: Yes, but it would be one of those birds that travels all the time – like flying to Africa.

As a child you used to make up languages and characters?

OL: I actually had a bird character. I was actually a rooster. I was a very determined rooster who always knew what he wanted. That was one of the characters that lived the longest.

That sounds like a good one. . . when you started dancing it was kind of as rebellion, are your parents happy you are in music now?

I was reading you’re a fan of Alice in Wonderland. What did you think of the latest movie?

OL: It’s funny because I’m a huge Tim Burton fan. I think Edward Scissorhands is one of my favorite movies of all time, but I didn’t like that movie at all. It was Alice coming back to wonderland, and I think what I disliked the most was that suddenly all these characters and everything were trying to have a purpose or were trying to be explained. What I liked about the whole adventure is that nothing makes sense. The Mad Hatter is not supposed to be sad that Alice has been gone and suddenly have all these human emotions. He’s supposed to be this abstract character that says all these random things that don’t make sense. It’s like a dream. The imagery was beautiful – visually it was stunning.

Did you do the choreography for the “Sun of a Gun” video?

OL: Yeah – most of it was made up on-the-spot. I had to remember it as soon as I had done it because we had to do several takes. It was very fun to figure out all that choreography and I have my own way of dancing. It might look completely improvised but it was well thought out.

It looks cool. . . So, from these three creatures: pegasus, unicorn, or centaur, which one would you like to be real?

OL: I think the Centaur. Have you seen the Matthew Barney creature in the Cremaster Cycle? It is amazing.

Are you working on a video for “White Nights”?

Oh Land is out now on Epic Records. 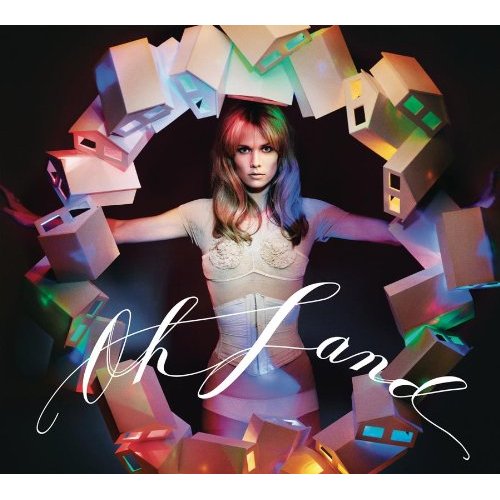