Gang of Four is one of the very important British bands, with influence all over the musical landscape. This year they released Content, their eighth album – and first in sixteen years. What Jon King and Andy Gill bring out in Content is a selection of ten destructively sexy songs, placing them freshly in the new decade.

Starting with “She Said ‘You Made a Thing of Me,’” the unsettling rhythmic tones are set in every element, even the guitar. “You Don’t Have to Mad” might be my favorite track off Content. The song is distinctively Gang of Four, and the lyrics describe a drunken scene quite sordidly: You’d look good with no clothes on/I’ll take photos on my phone . . . You’re the one with the juice . . . Back to your place never mine . . . It’s the scene of the crime, I’m off my tits”. The layered backup vocals (you wish you could walk away) are awesome too. “Who Am I” and “I Can’t Forget Your Lonely Face” are two more excellent rock pieces. “You’ll Never Pay for the Farm” displays more of the punk side of Gang of Four – “You think you’re a winner, but you’ll never pay for the farm”. The song “I Party All the Time” grooves along, as does “A Fruit Fly in the Beehive,” an actually lulling and deep work. “It Was Never Going to Turn Out Too Good” incorporates an effectively altered vocal and “Do As I Say” is an exorbitantly key track – maybe this one’s my favorite. Closing out the album is “Far Away,” emphasizing the clear vocals on this album.

There’s not one misstep on Content. It’s a confident work that leaves me wanting them to make more new music. 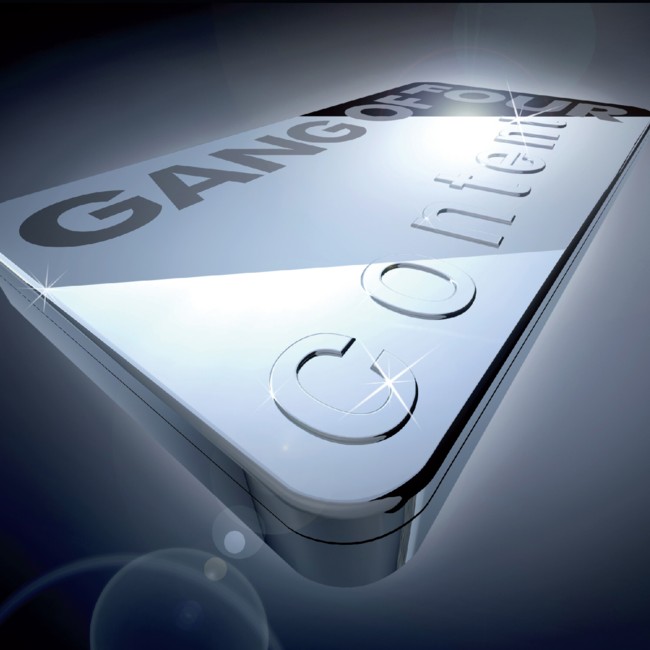