The 2015 Capitol Hill Block Party reveals a boundless final lineup spotlighting Father John Misty’s heartfelt album, I Love You, Honeybear (Sub Pop). What a lovely neighborly offering to slow dance in the sun to while intermingling to the sounds of uptown pop-makers, Ivan and Alyosha, producer Kodak to Graph, and the local seductive beats of the Physics. Scope out a full listing alongside a number of ticket deals for CHBP that include the $50 single-day, or $90 two-day pass offerings just right for you. 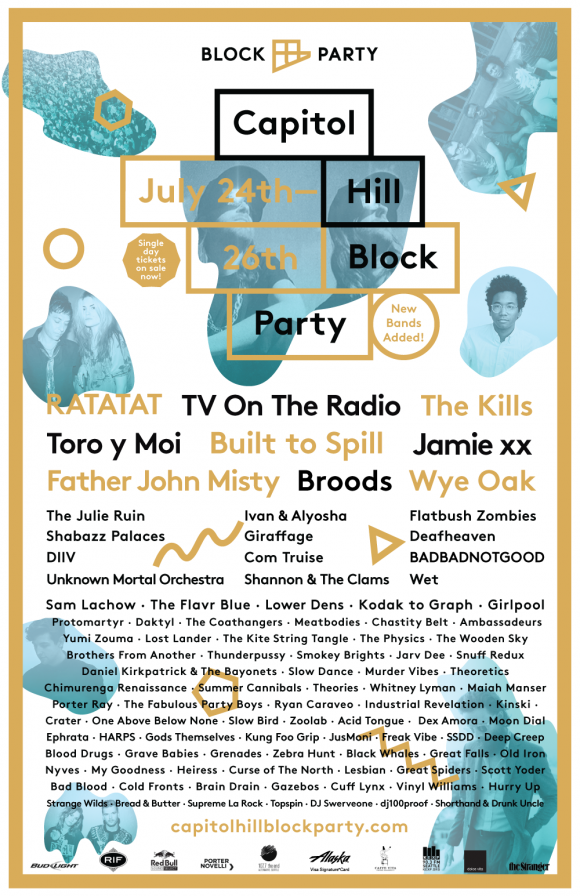