A few weeks back, the B-52s opened for Blondie out at Chateau St. Michelle. Unfortunately, due to a mix up at the entrance with photo credentials, I didn’t get in to the show until halfway throught the B-52s’ set. By then it was too late to get any photos of their set, but I assure you, their show was way more than I expected. Frontman Fred Schneider was on his game like you could never imagine, just as spry and lively as ever. They rocked spot-on performances of “Roam,” “Rock Lobster,” and “Love Shack”. The crowd went nuts – I guess one upside to a winery show is that everyone loosens up a bit, so most everyone in the place was dancing and having a great time.

The crowd seemed to cool off a bit for Blondie, but that could just be that the “I’ve-got-a-nice-little-wine-buzz-and-dancing-sounds-great” effect had worn off and the “I’m-a-couple-bottles-in-so-I’m-just-going-to-relax” mode was in full effect. Nonetheless, it was easy to see that people were clearly enjoying themselves. Especially when Debbie Harry broke in to classics like “Hangin’ On The Telephone” and “Maria”. Oh, and be sure to check out Chris Stein’s crazy carbon fiber guitar a few pictures down, it’s pretty sweet! 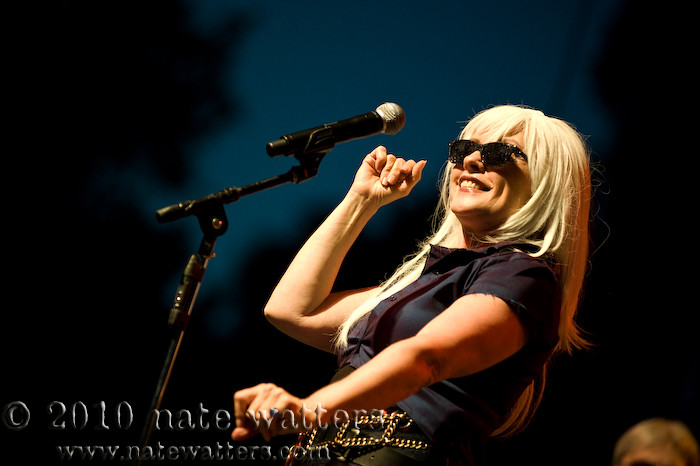 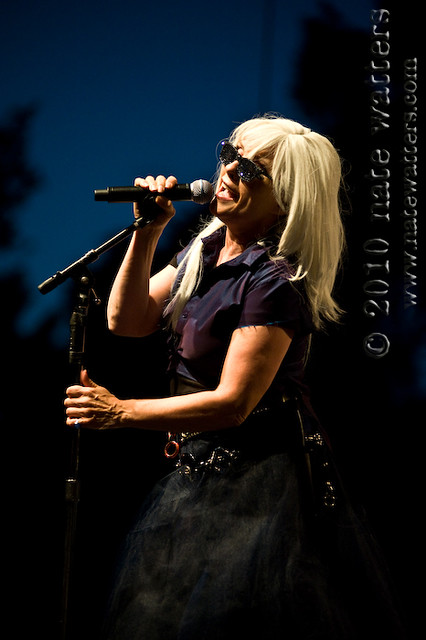 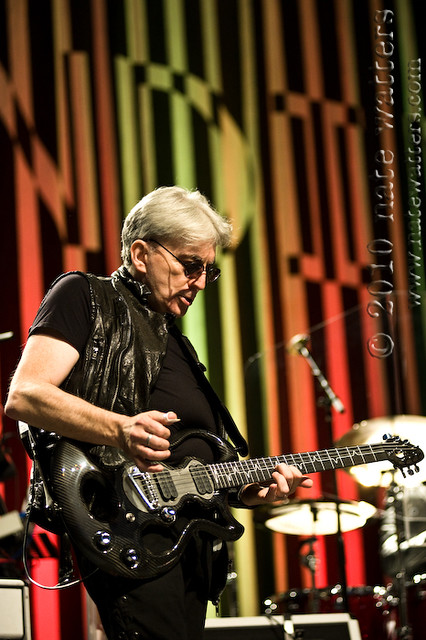 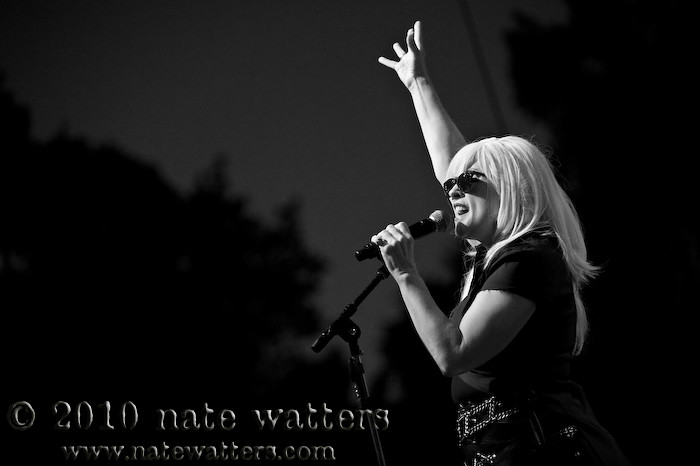 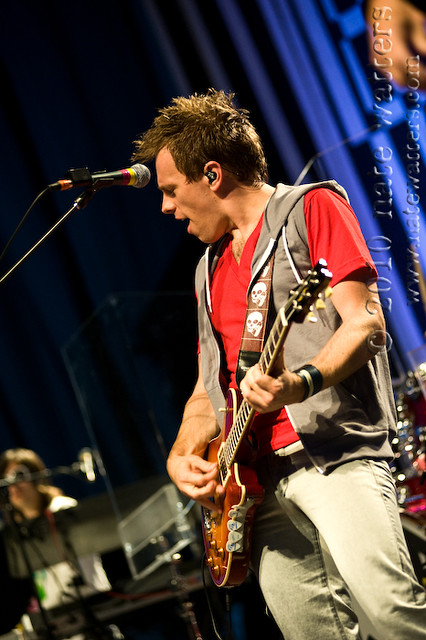