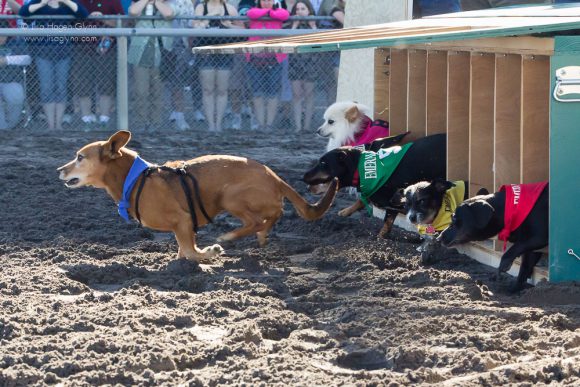 Ears were flopping as dachshund athletes and “wiener wannabes” took to the track at Emerald Downs on July 8th.

The popular annual Wiener Dog and Wannabe Races feature multiple heats down a 50-yard stretch, followed by a riveting final race. Competitors run torpedo-like toward their family members at the finish line, at least in principle. In practice, the journey is often detoured by treat seeking, mutual sniffing, and wrong-way dashes. But when motivated, wiener dogs are surprisingly quick and decidedly earnest.

Both 2017 defending champions returned to win again this year. The Wiener Dog pack was led by Booker, a sleek and (relatively) long-legged chocolate dapple. After trial runs in the dog parks of San Francisco and nine consecutive dachshund-race victories, Booker will be retiring this year, said trainer Jaclyn Tucker of Seattle. The Wiener Wannabes category — small dogs other than purebred dachshunds — was won by Murphy, a smooth-coated tan dog trained by Marisa Clark of Seattle.

The champions and their families gathered in the “Wiener’s Circle” afterward to receive a gift certificate and a tall trophy topped with a dog figurine. The canine athletes celebrated with treats, snuggles, and naps.

Dachshund celebrity Anderson Pooper, who uses a rear cart decorated with disco-ball wheels, was an audience favorite. She finished strong with a slow-and-steady approach, bypassing some faster-starting hounds who sped off in the wrong direction. Pooper is trained by Brenda Sizer of Mountlake Terrace.

Horse races alternated with the Wiener Dog and Wannabe races. The Auburn Valley Humane Society was on site with adoptable dogs. 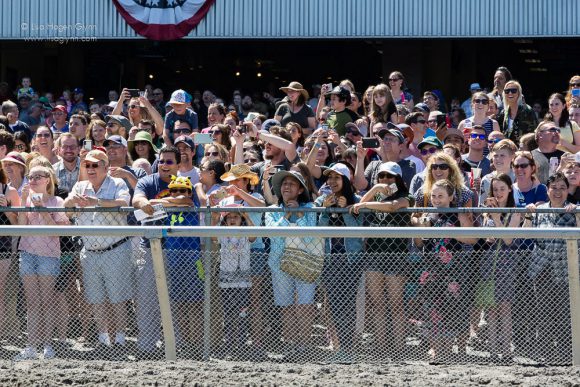 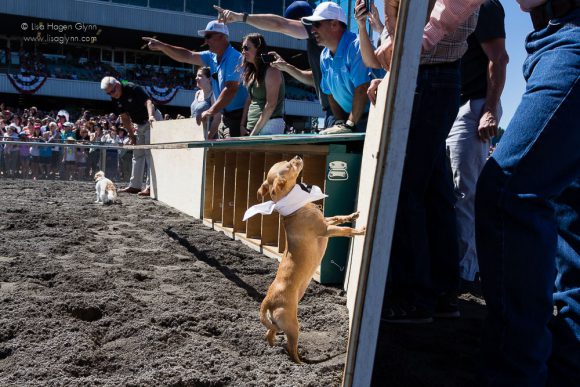 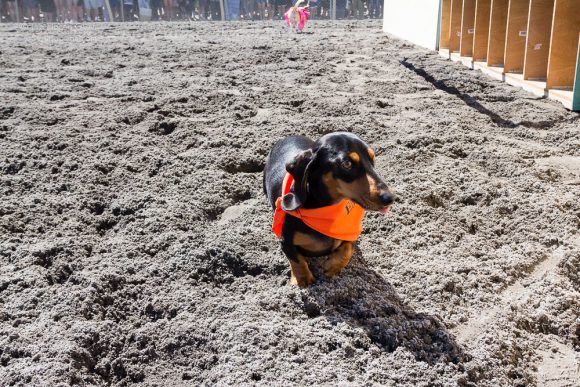 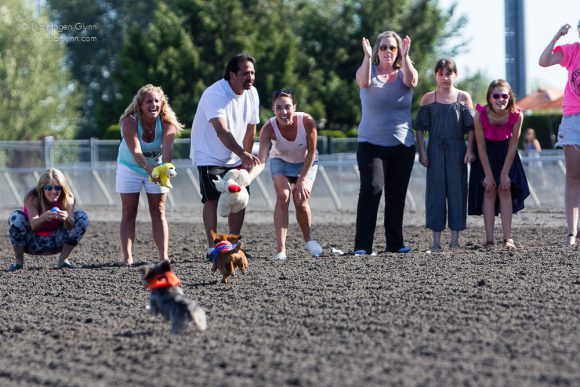 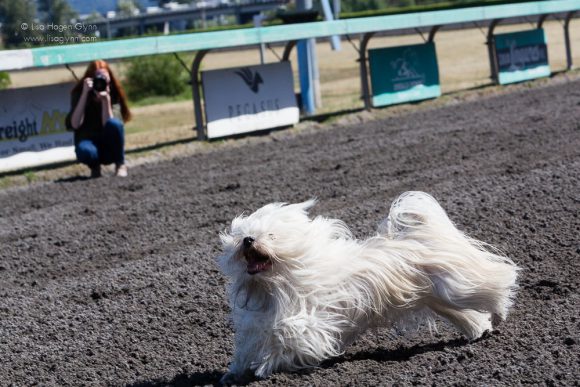 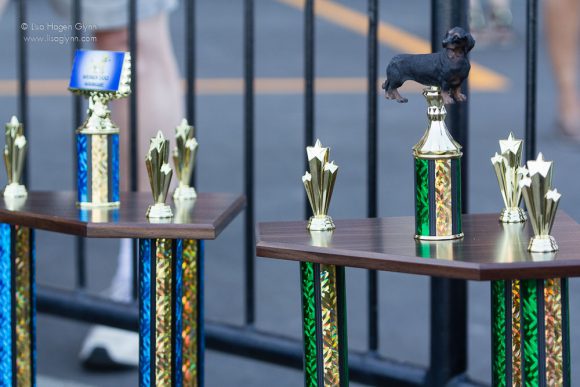 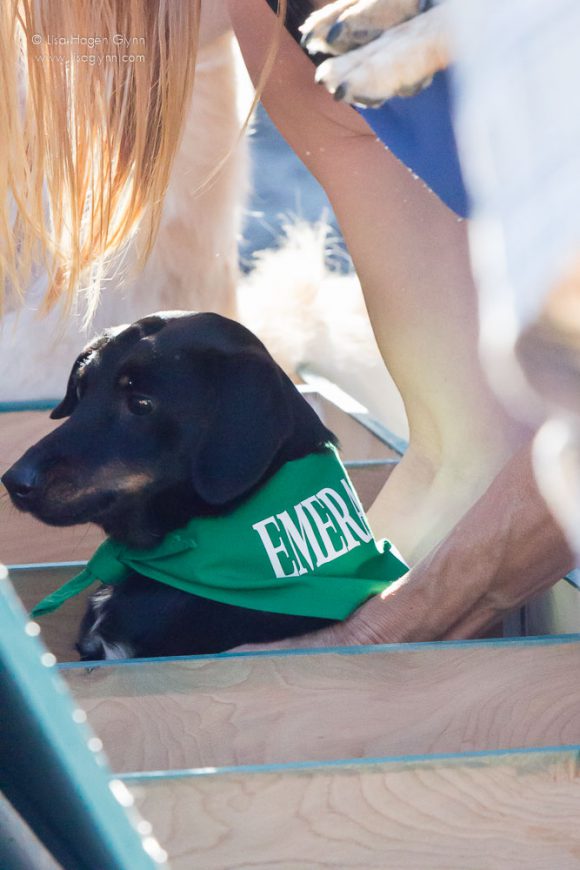 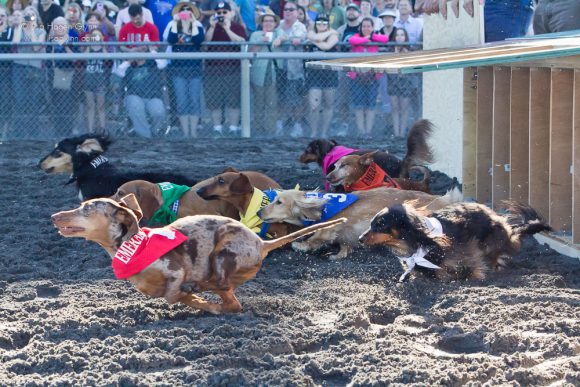 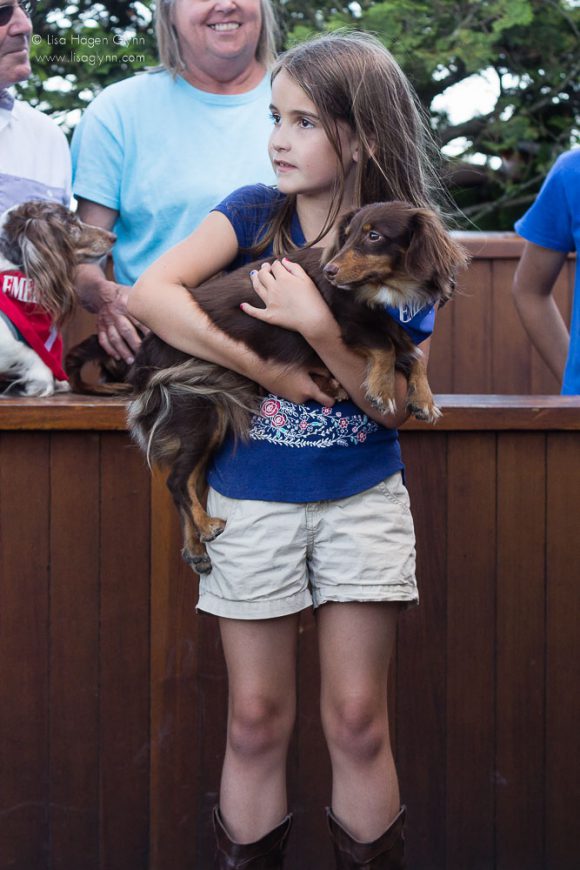 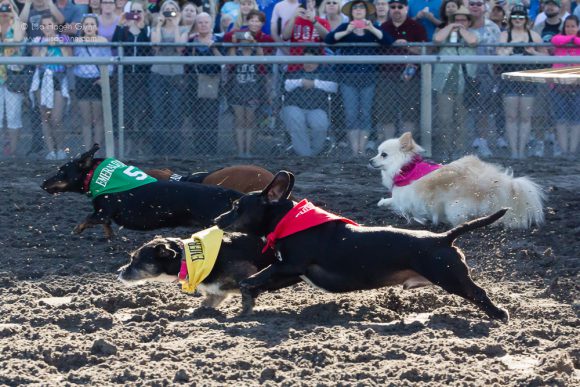 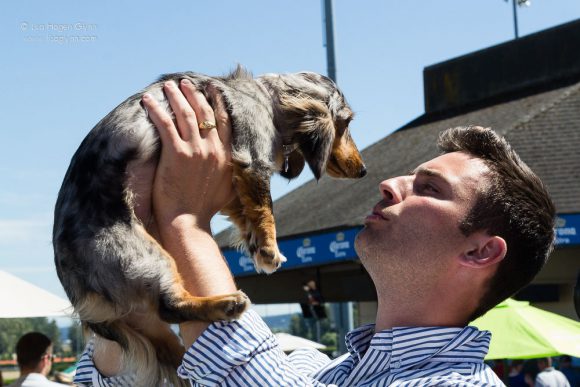 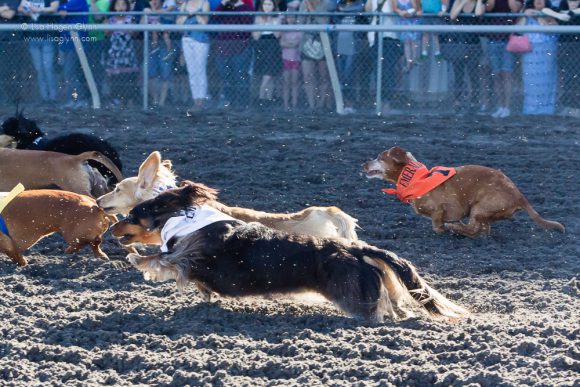 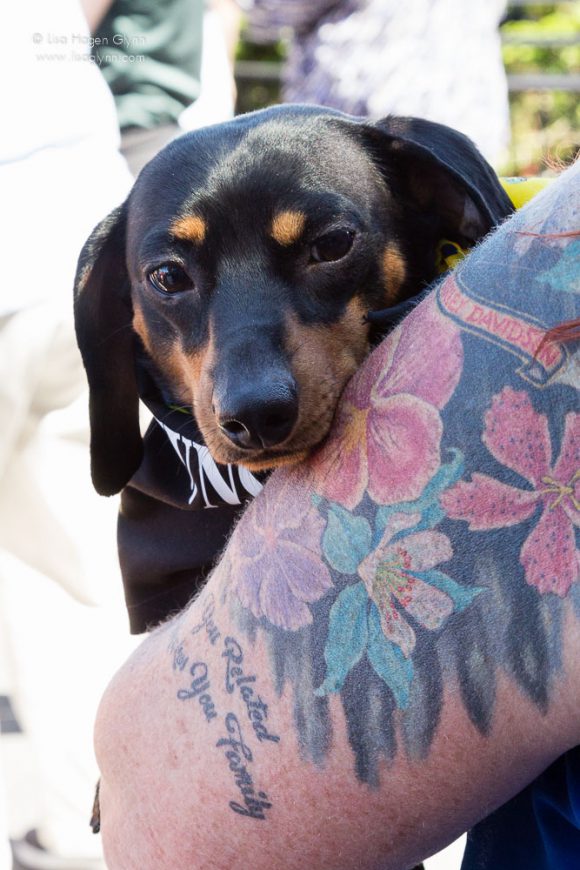 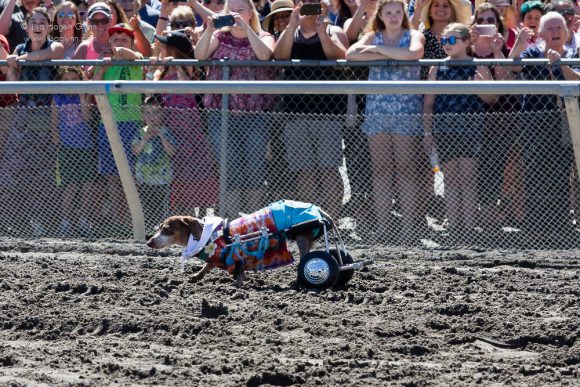 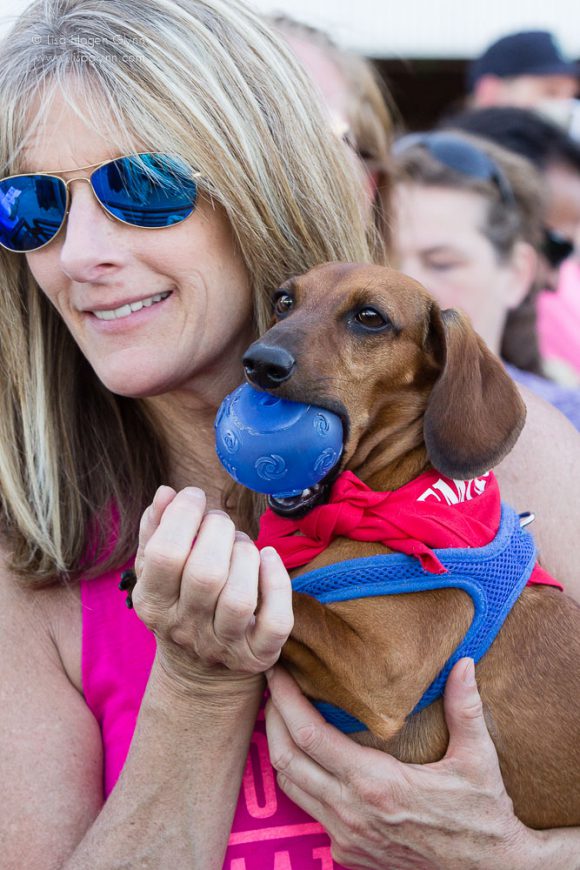 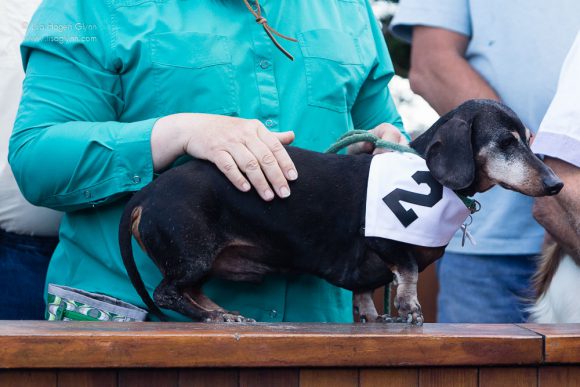 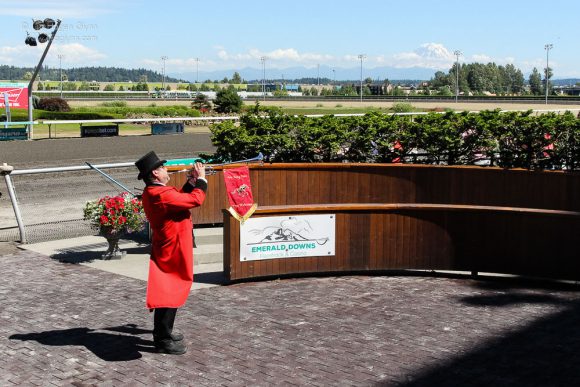 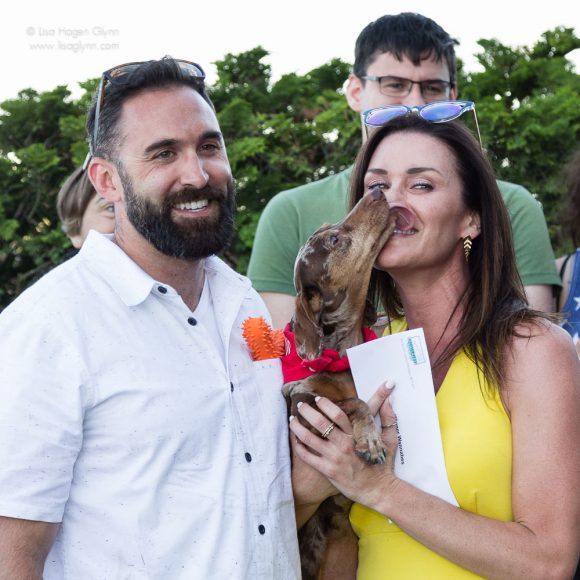 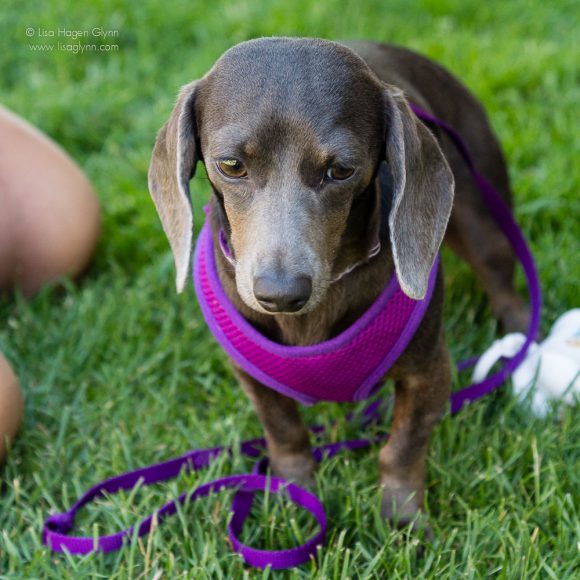 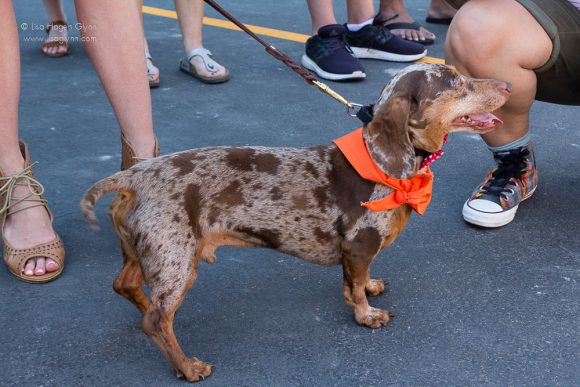 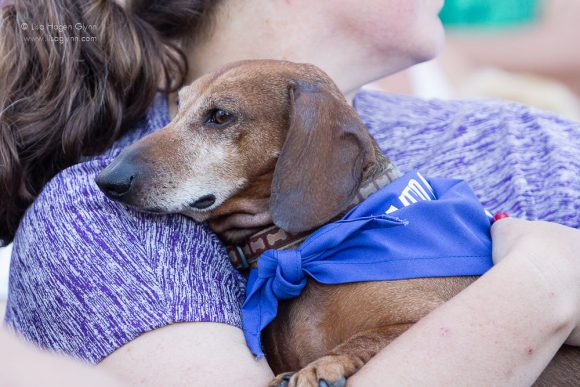 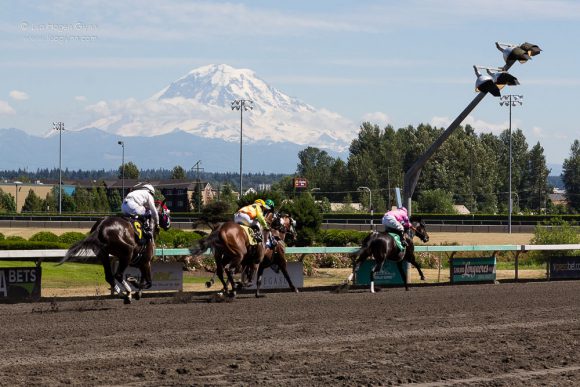 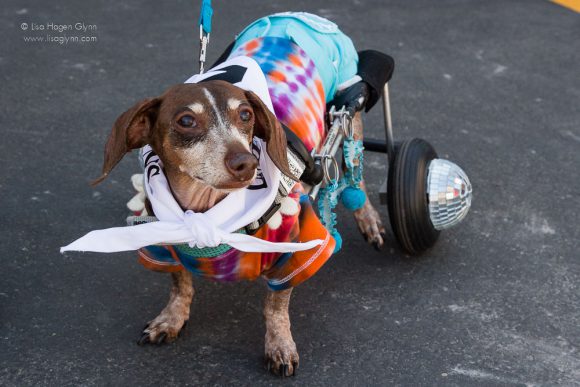 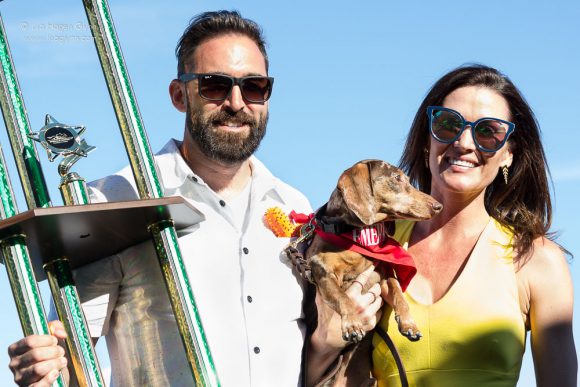 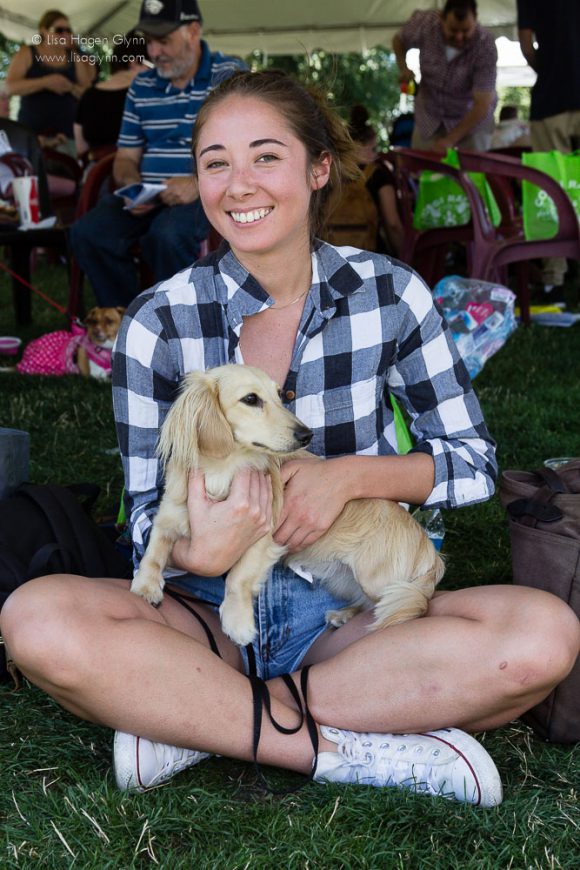 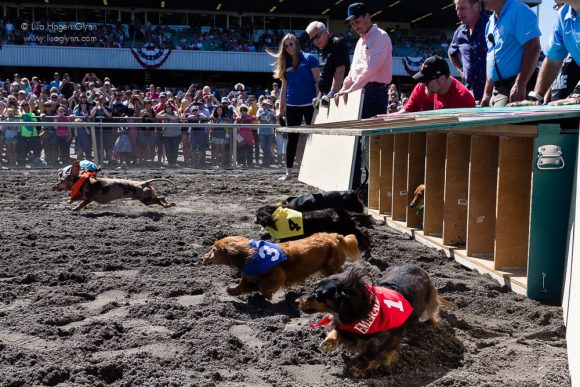