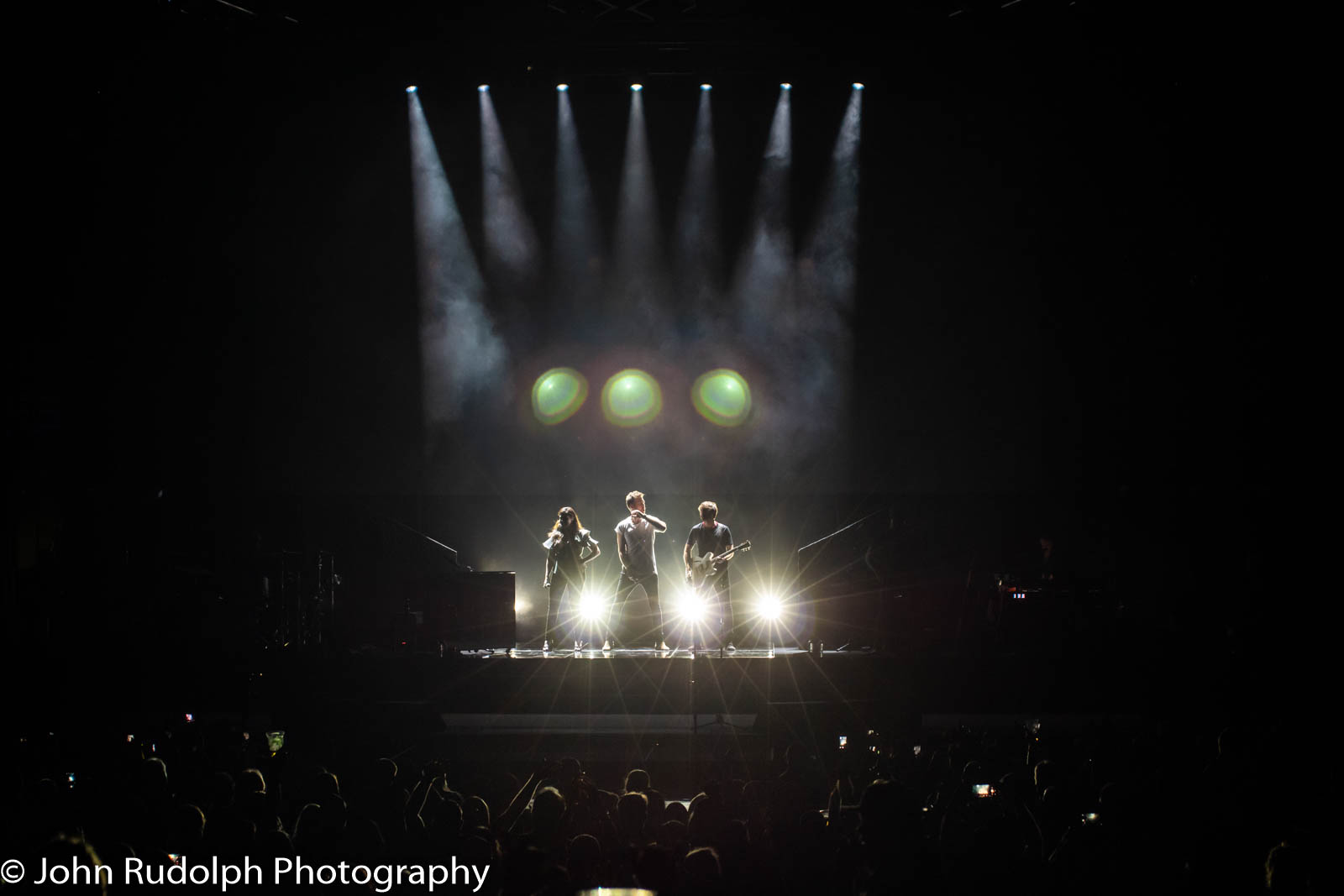 Darius Rucker took the stage to rousing applause from a crazed female crowd. He had the fans on their feet from the beginning of his set in anticipation of his bluesy country sound. This reporter is a little (okay a decade) behind, expecting him to sing Hootie songs.

He finished his set with his massive hit, “Wagon Wheel.” Fans got on their feet and really enjoyed his show, sang at the top of their lungs, which continued until the end of Lady Antebellum.

Hillary Scott, Charles Kelley, and David Haywood of Lady Antebellum crushed the crowd at White River in Auburn. The 8 members of the band who are traveling the country with Rucker entered the stage with all of the presence of a stadium show. The lights went dark and Hillary, Charles, and David were backlit with piercing spot lights.

The lights came up and the full band was revealed. The band spanned the entire stage with the main 3 traversing back and forth. The mostly female crowd loved it. What makes me say female crowd?

I pulled in the parking lot in my little Ford Focus where I was flanked by two huge, 4×4 trucks. My first thought was how cliché at a country show. To my surprise, 4 attractive women with lace tops, short skirts, and boots climbed out. Yep, cliché destroyed. This same story played out all over the amphitheatre.

LA sang “American Honey” to a couple celebrating their 8th anniversary. A woman next to me said that she had the same song at her wedding. I looked around, this same theme encompassed the crowd.

The fans became part of the performance with lighted bracelets. Everyone had bracelets on that changed color in unison depending on the song selection. I had never seen that before and it was super fun.

Towards the end of the show, Darius came back on stage with Lady Antebellum and they sang an awesome rendition of “Honky Tonk Woman.” 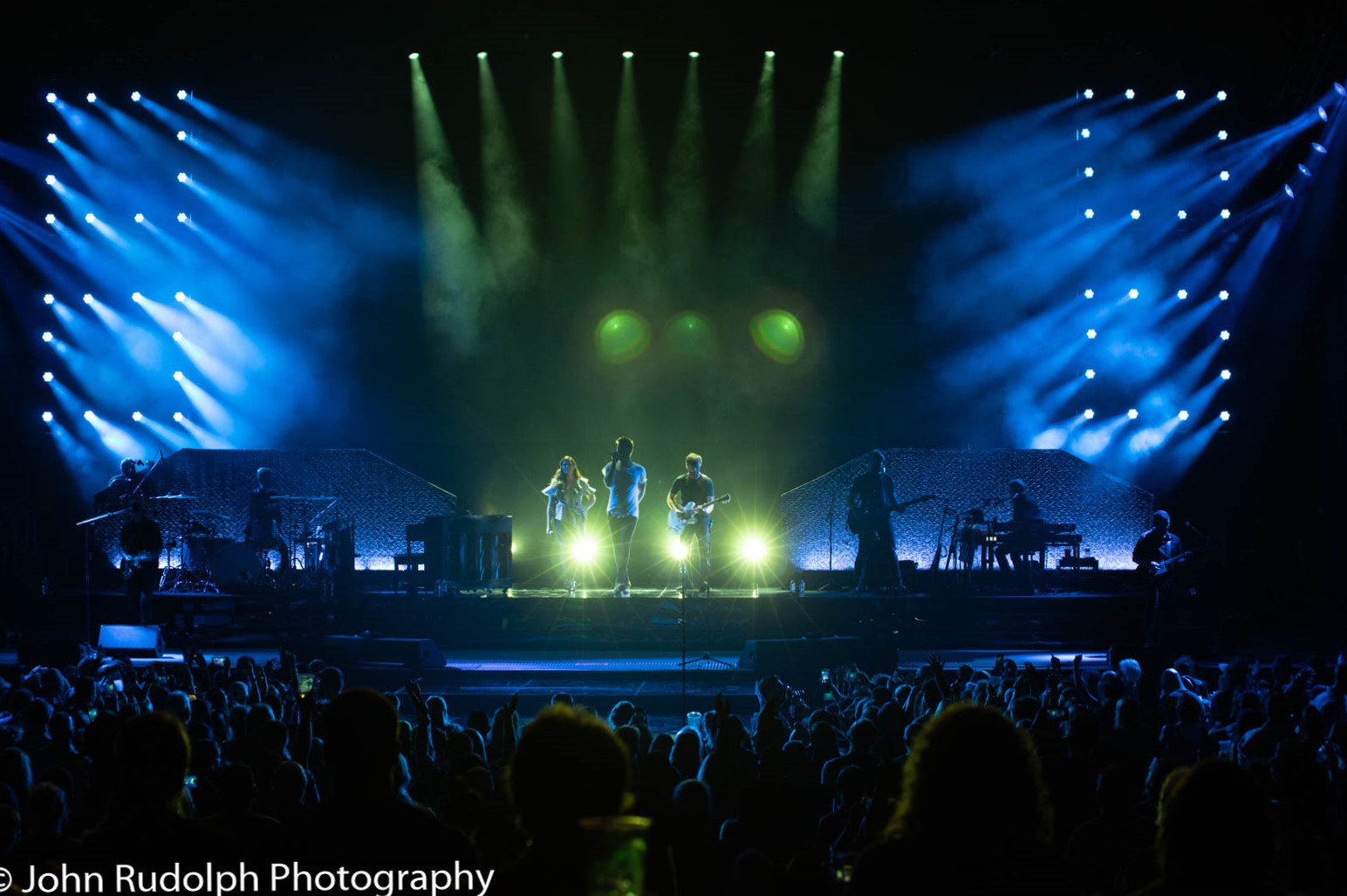 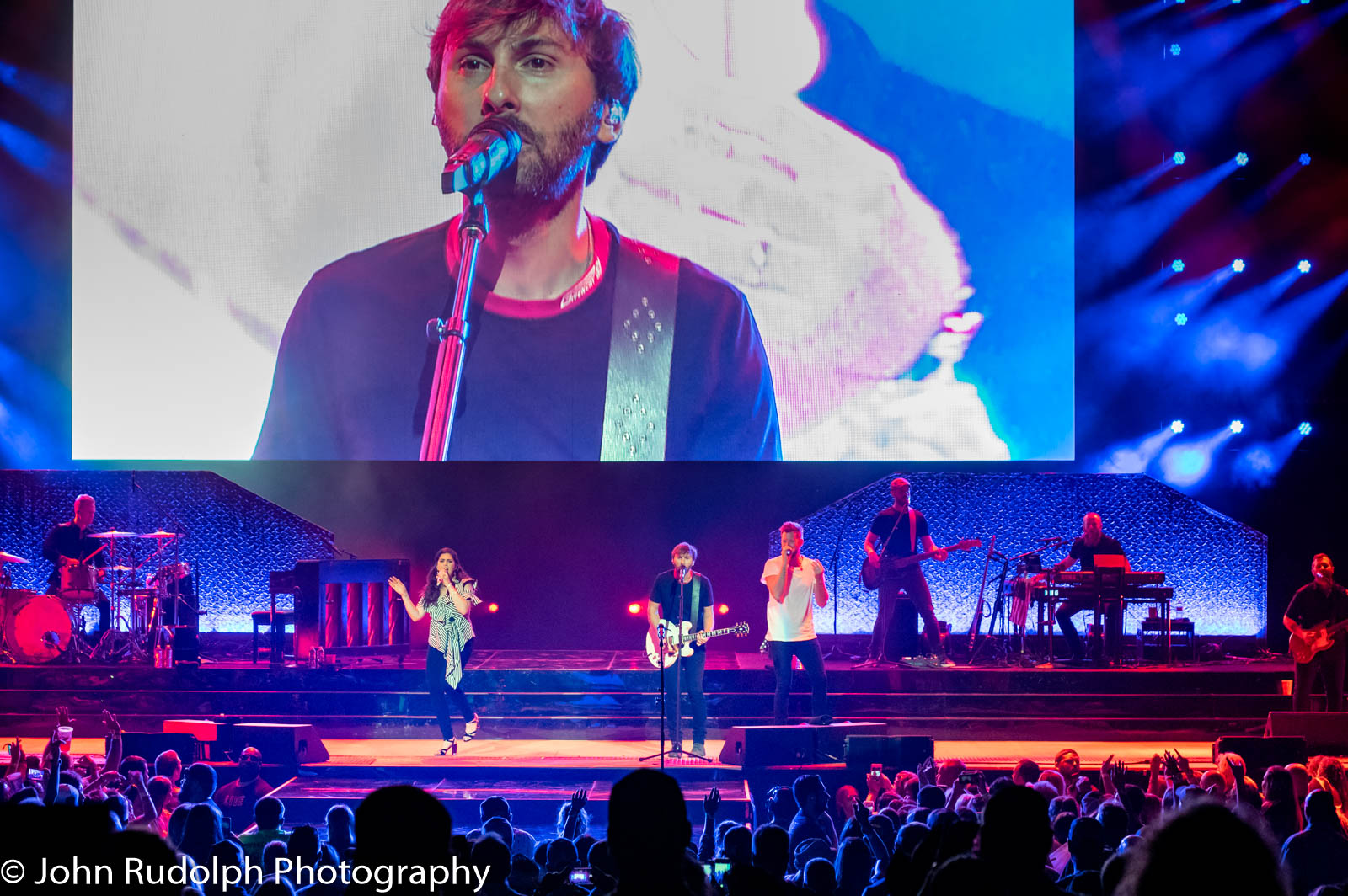 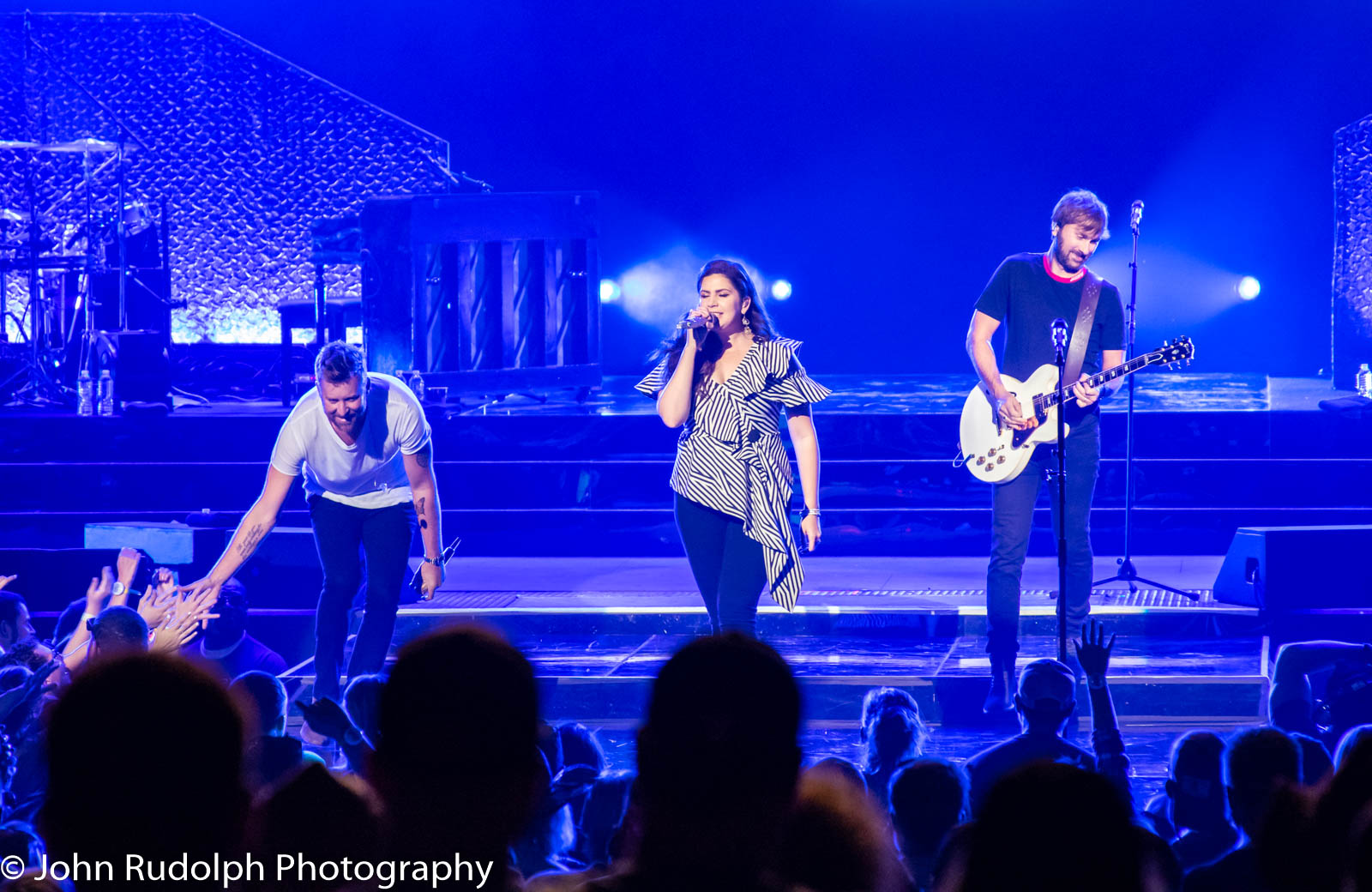 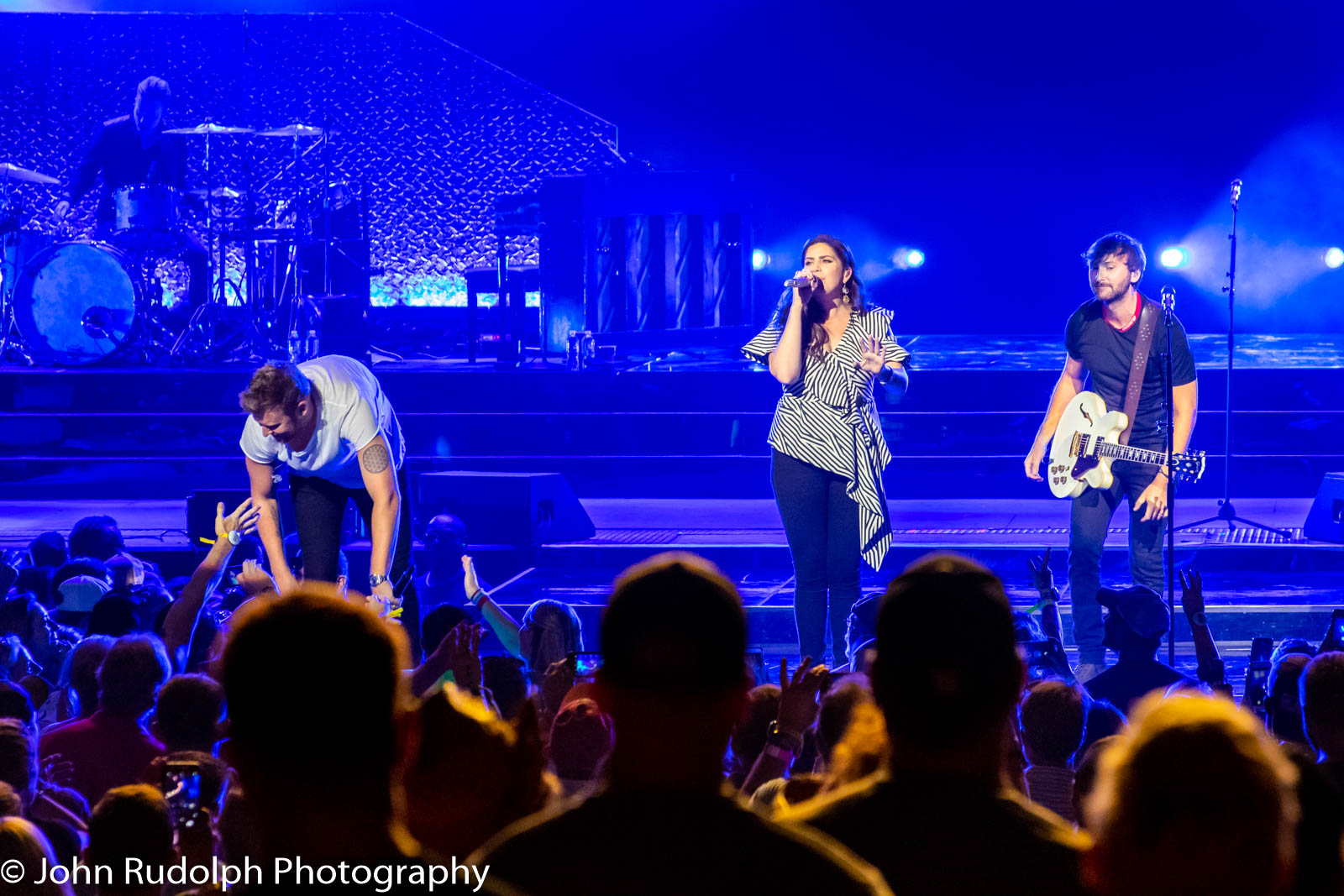 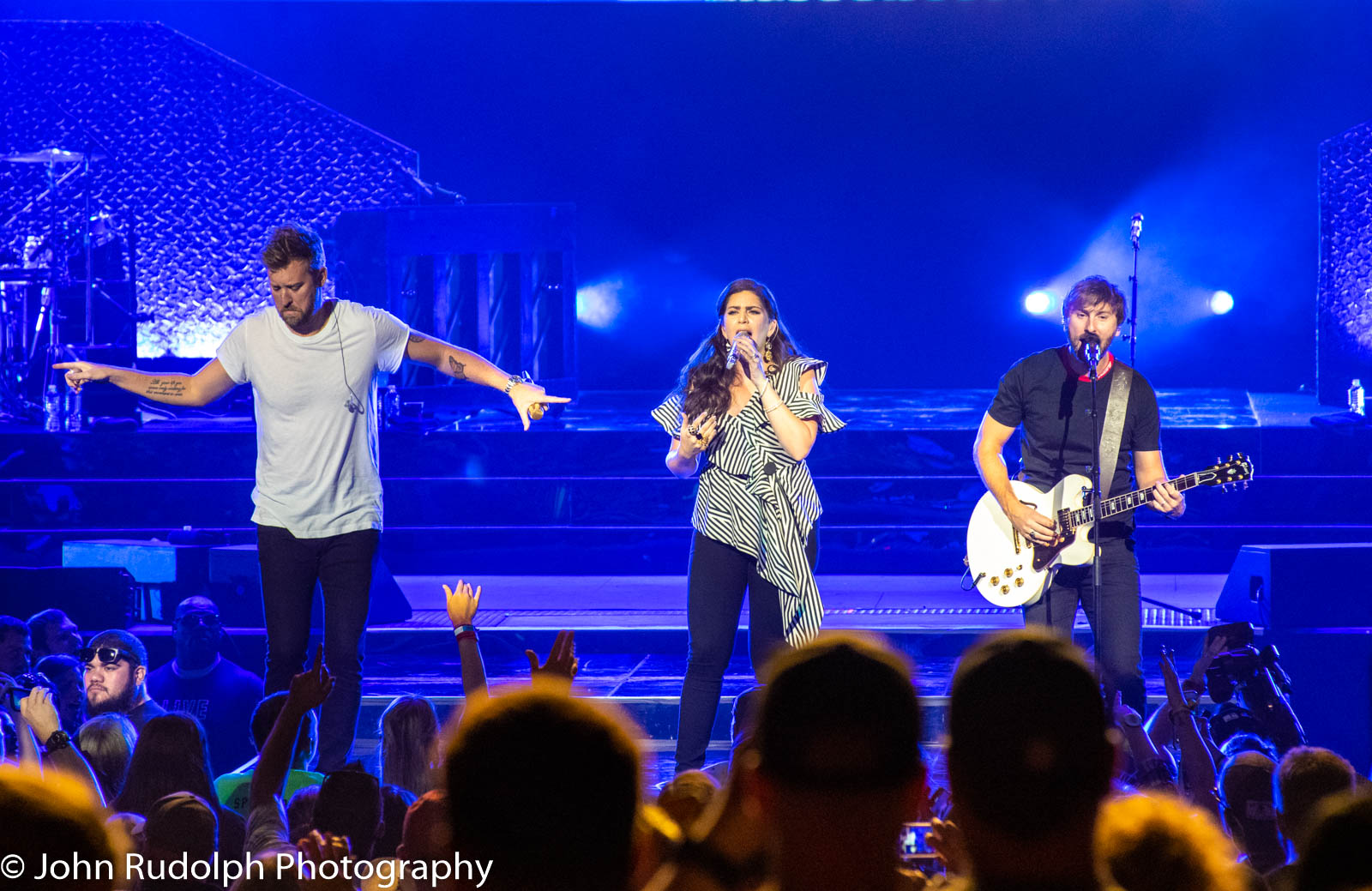 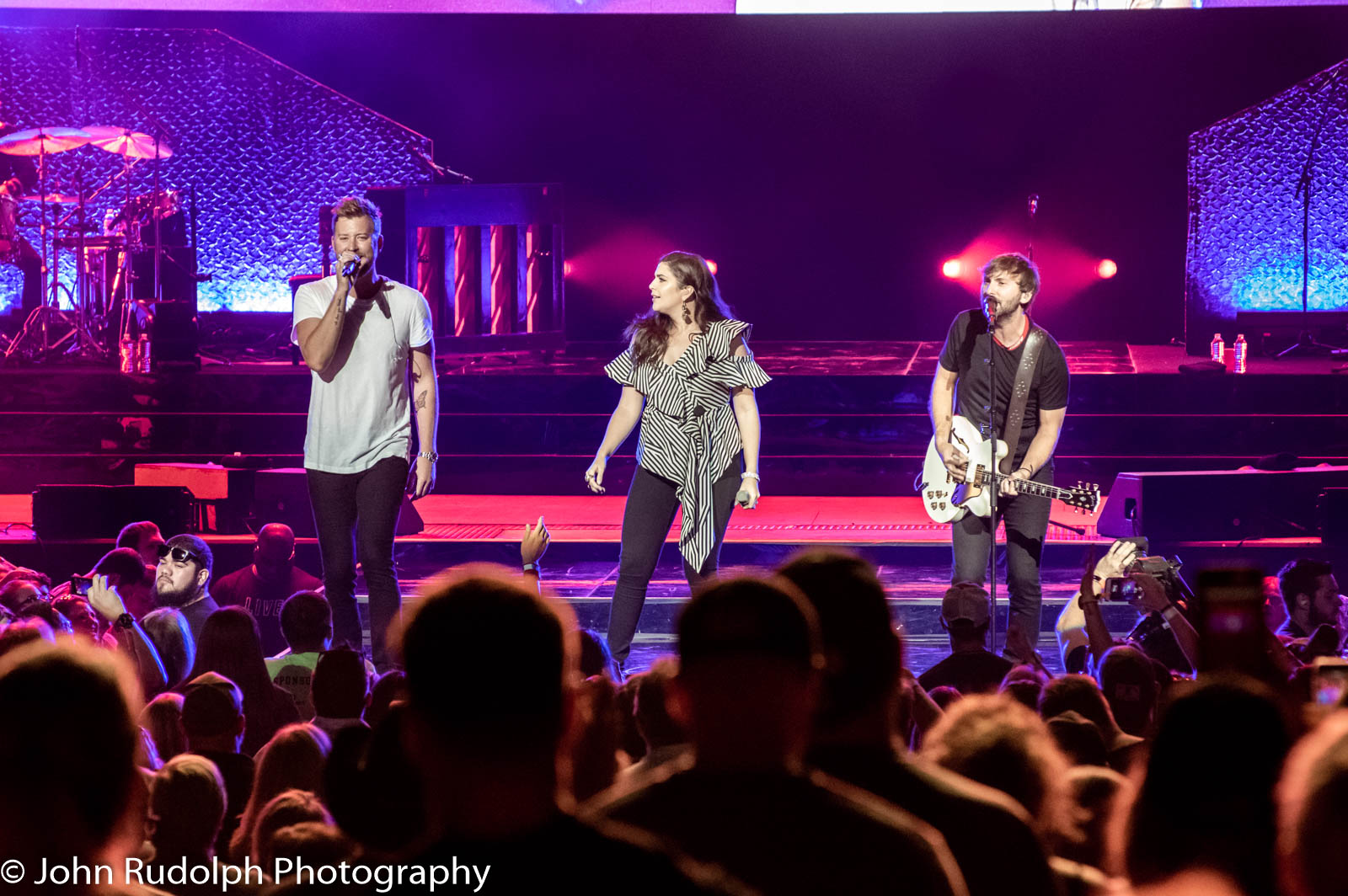 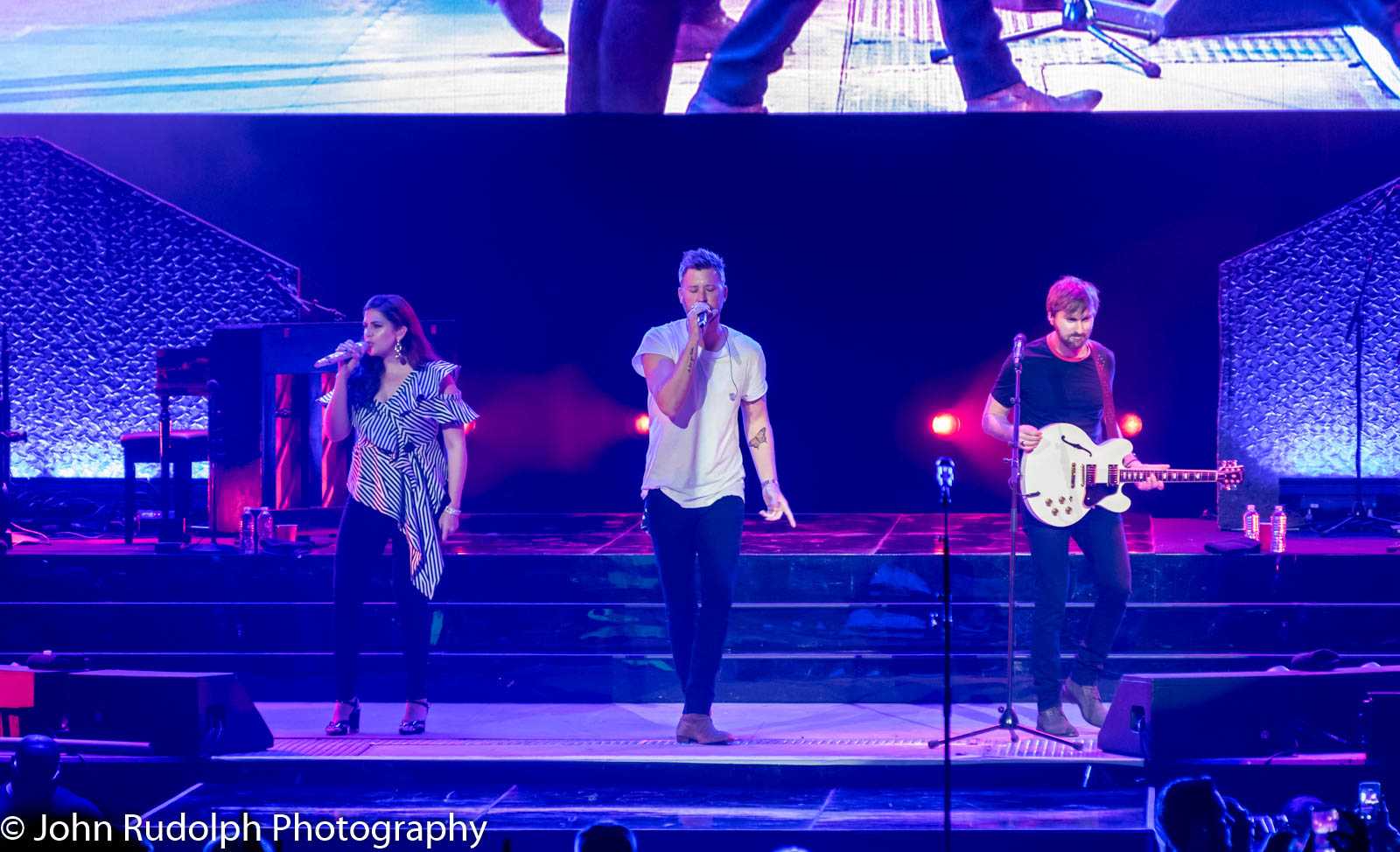 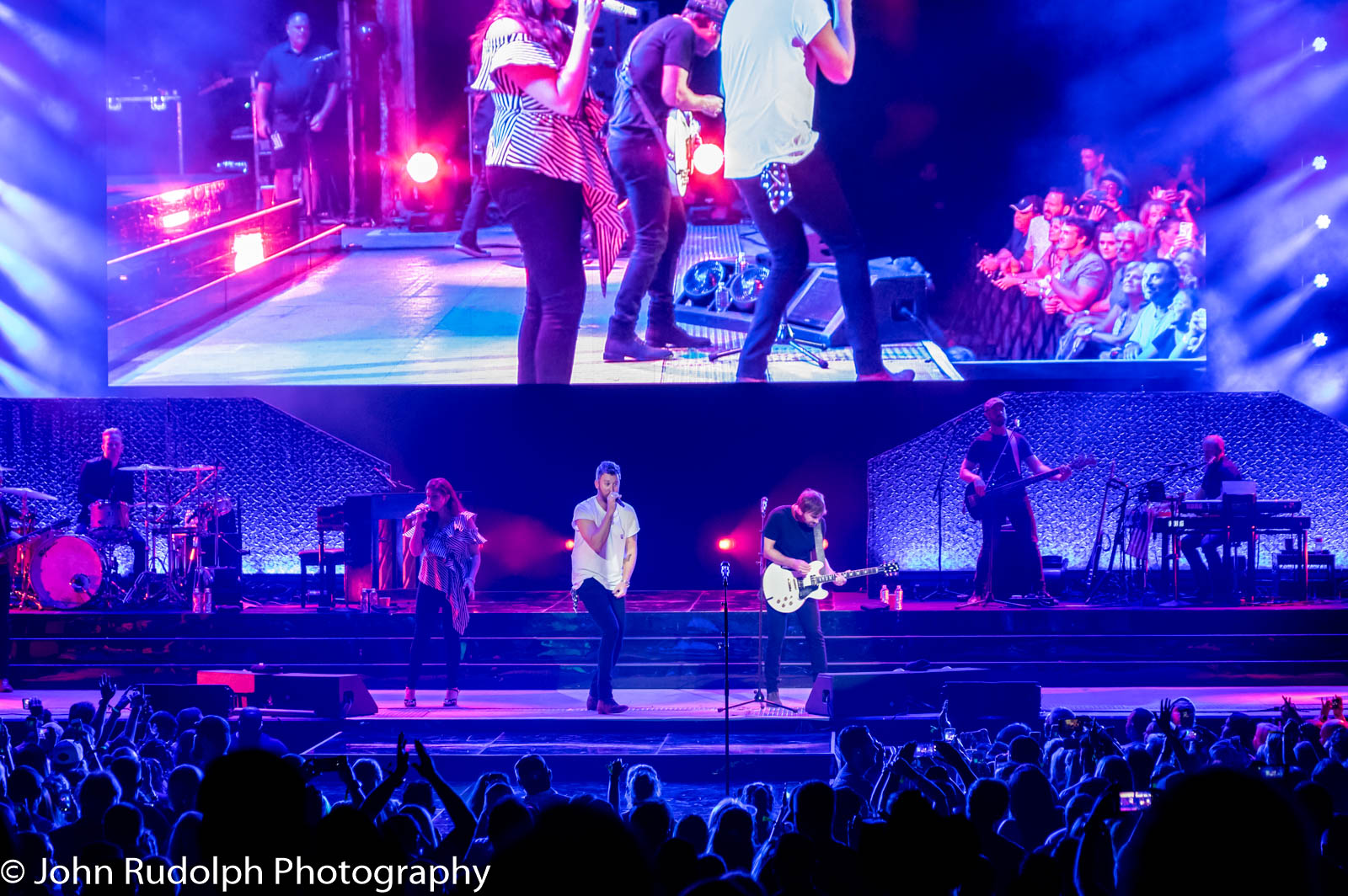 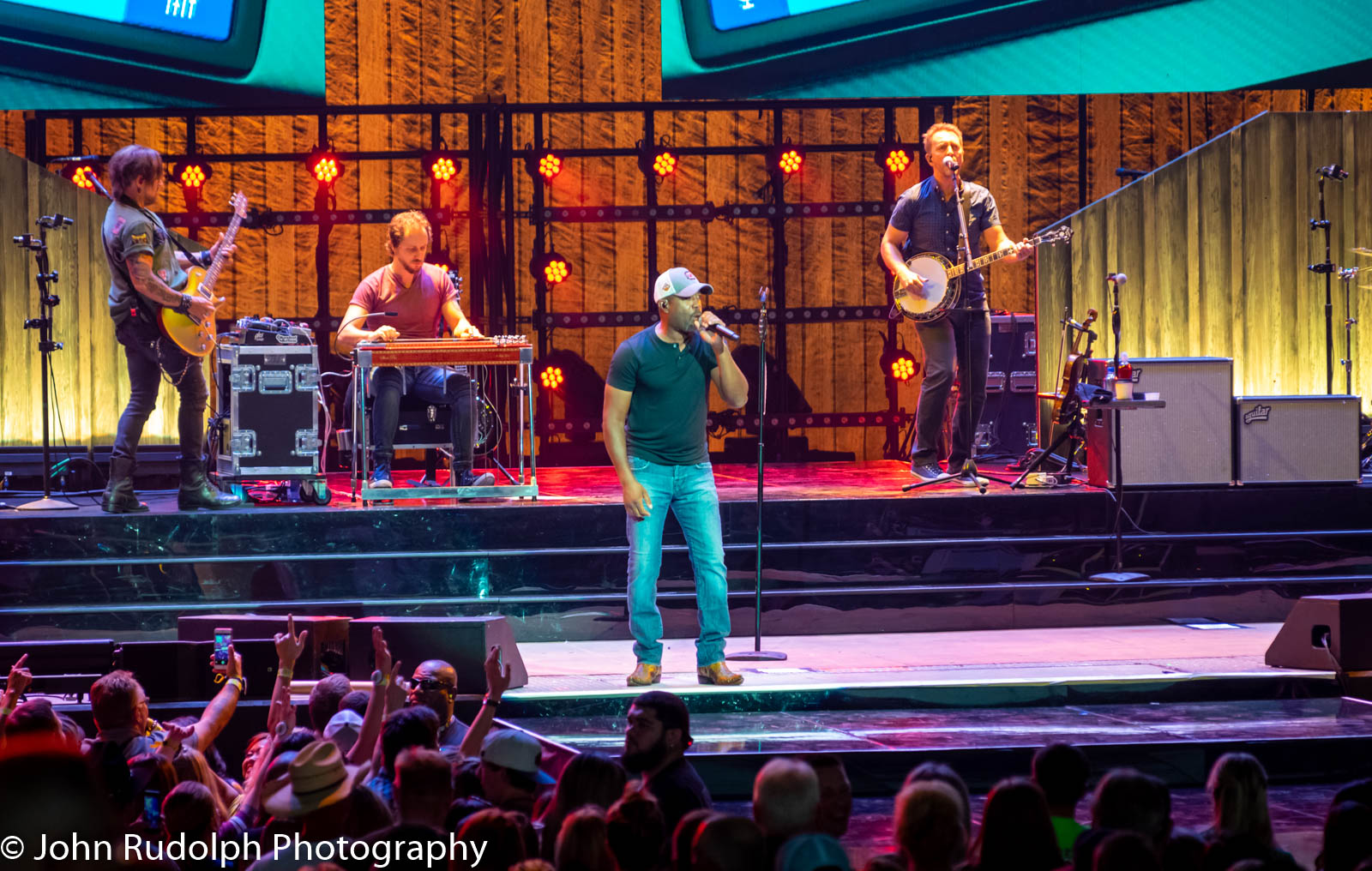 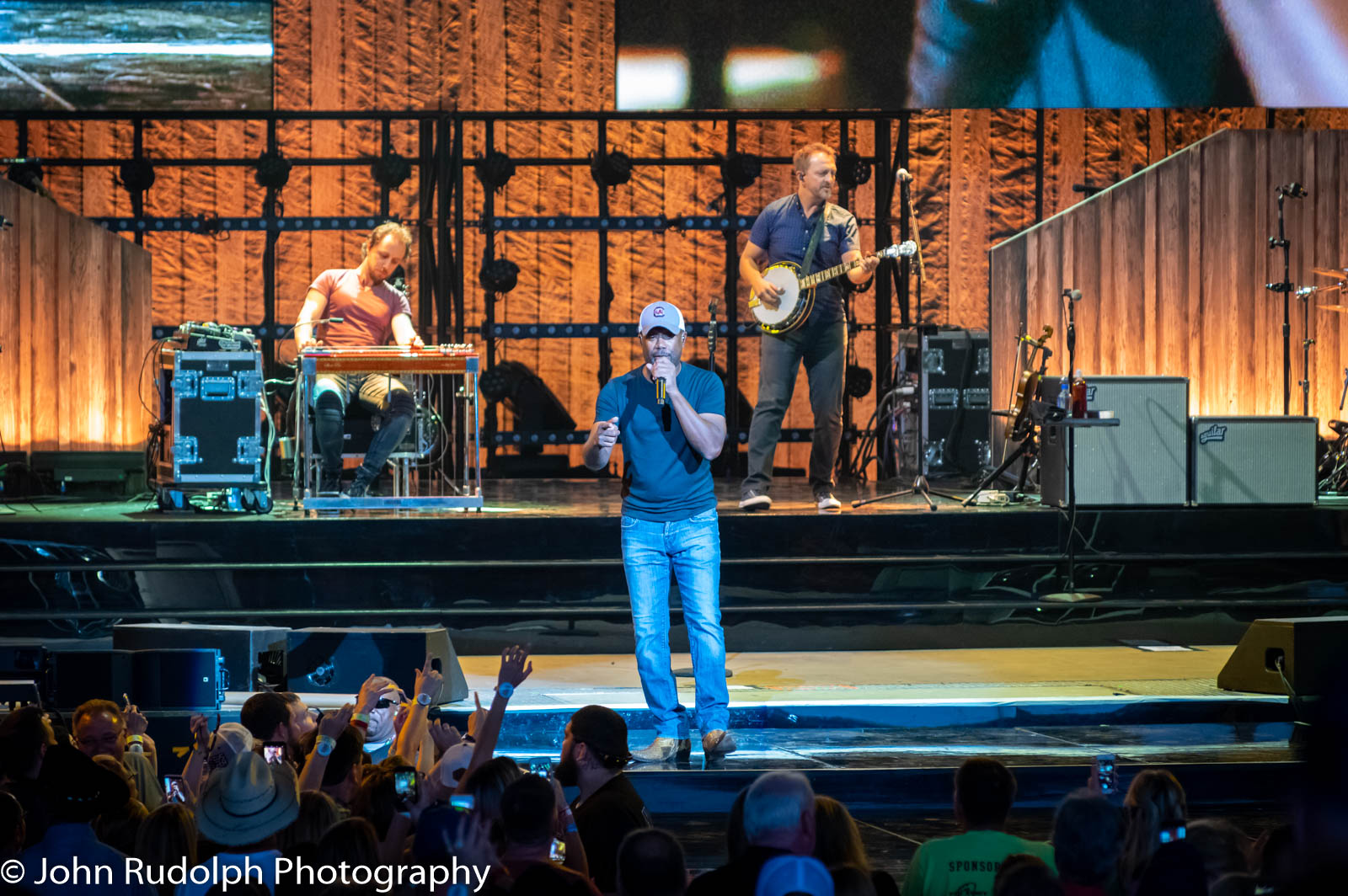 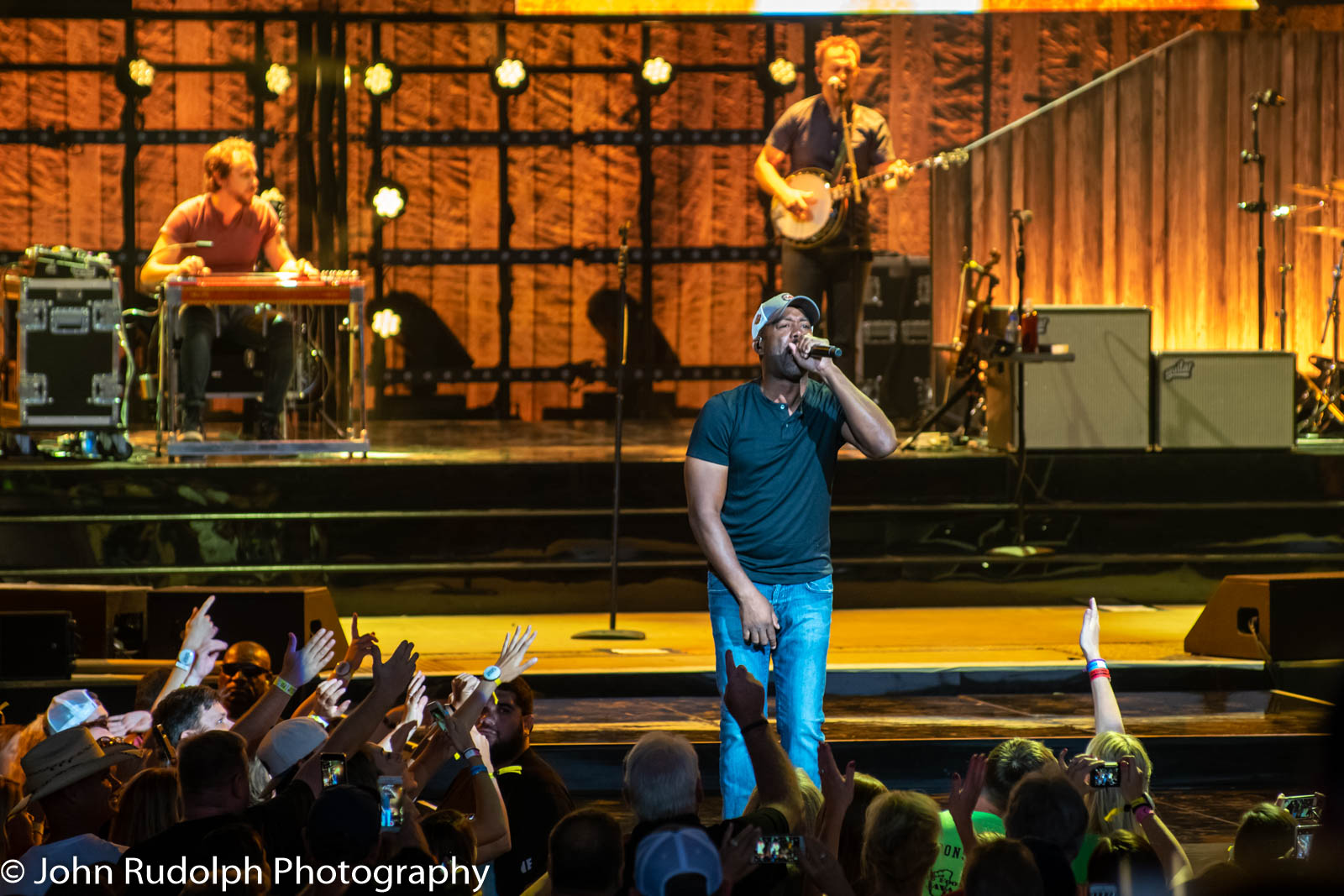 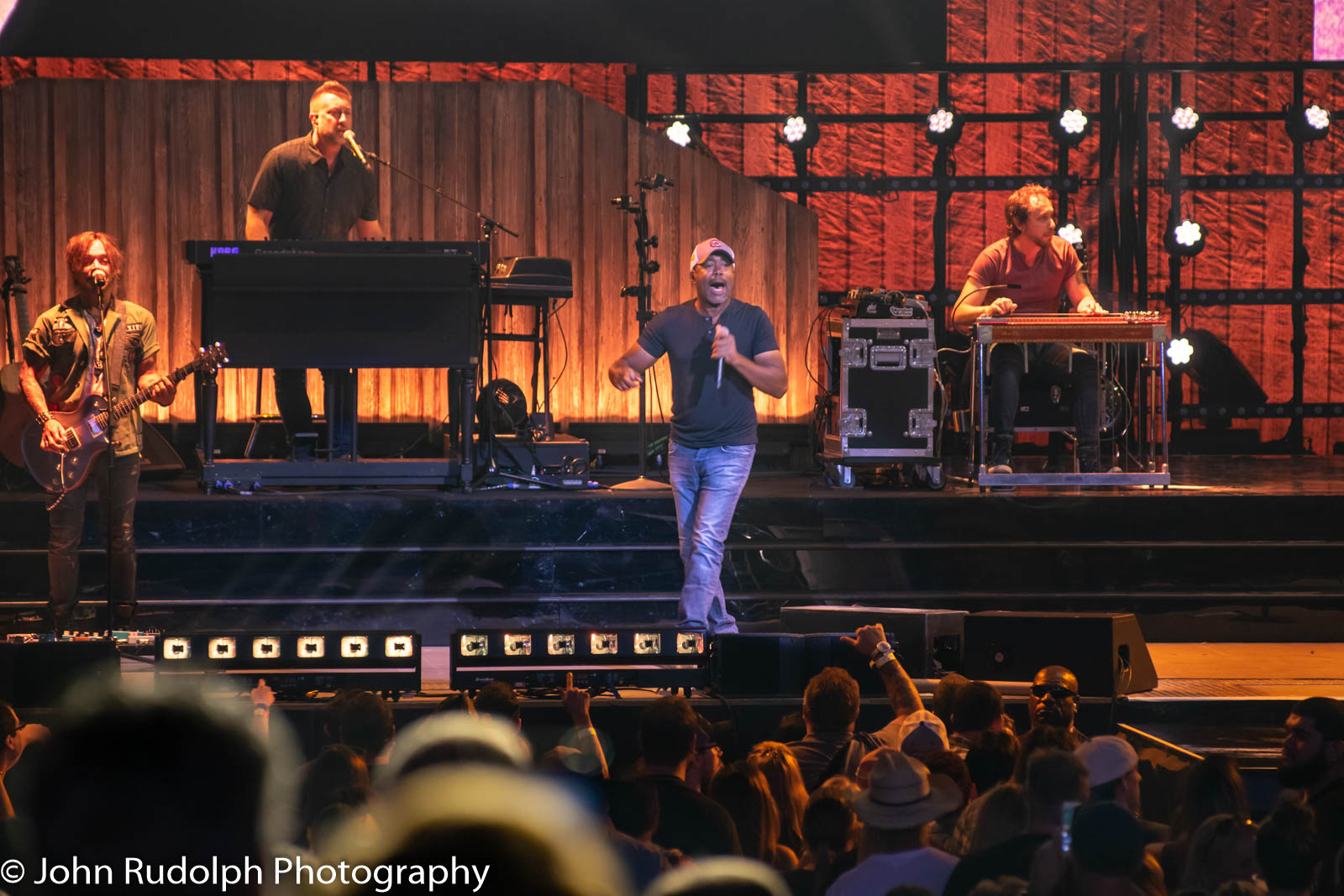 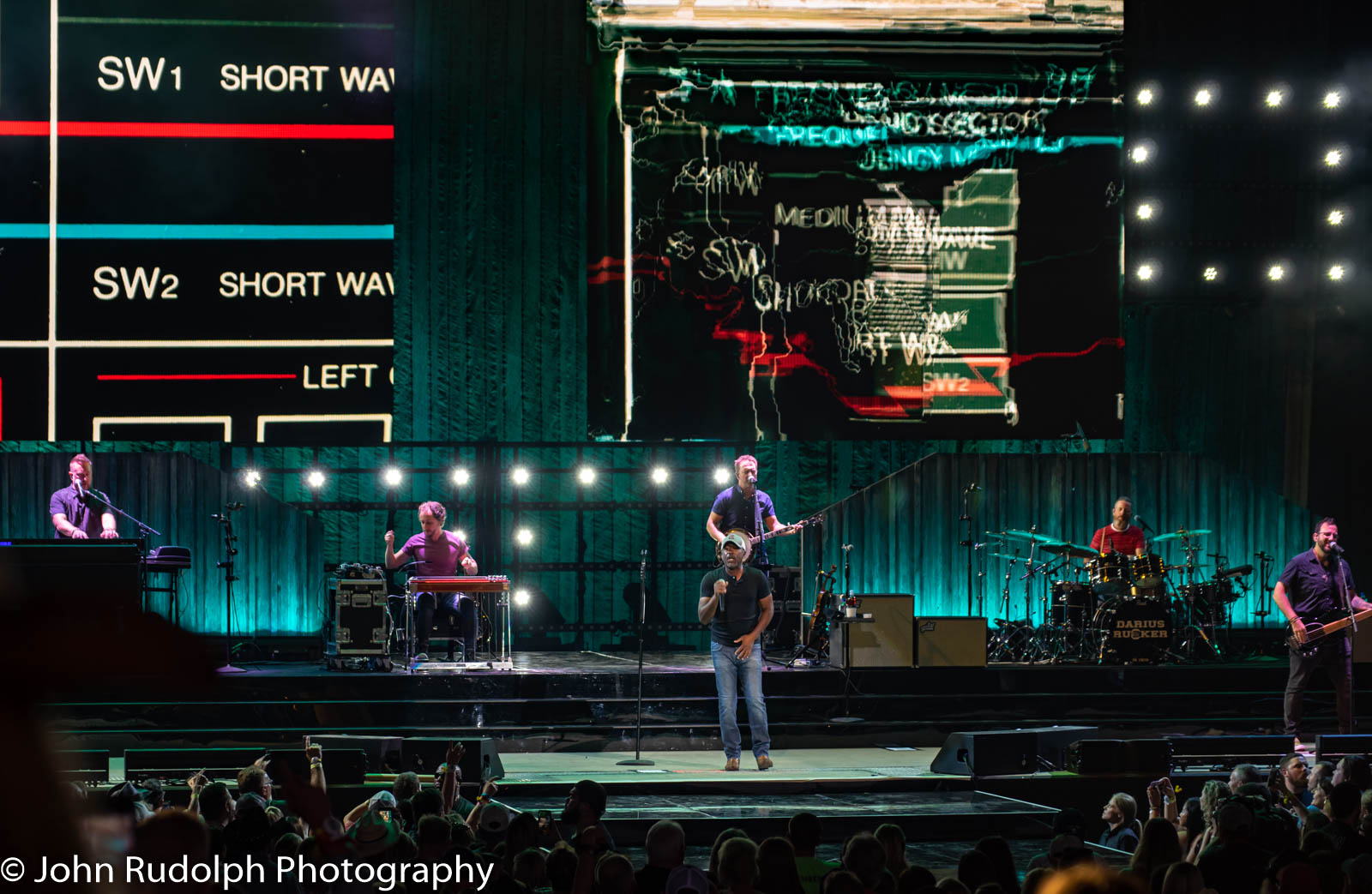