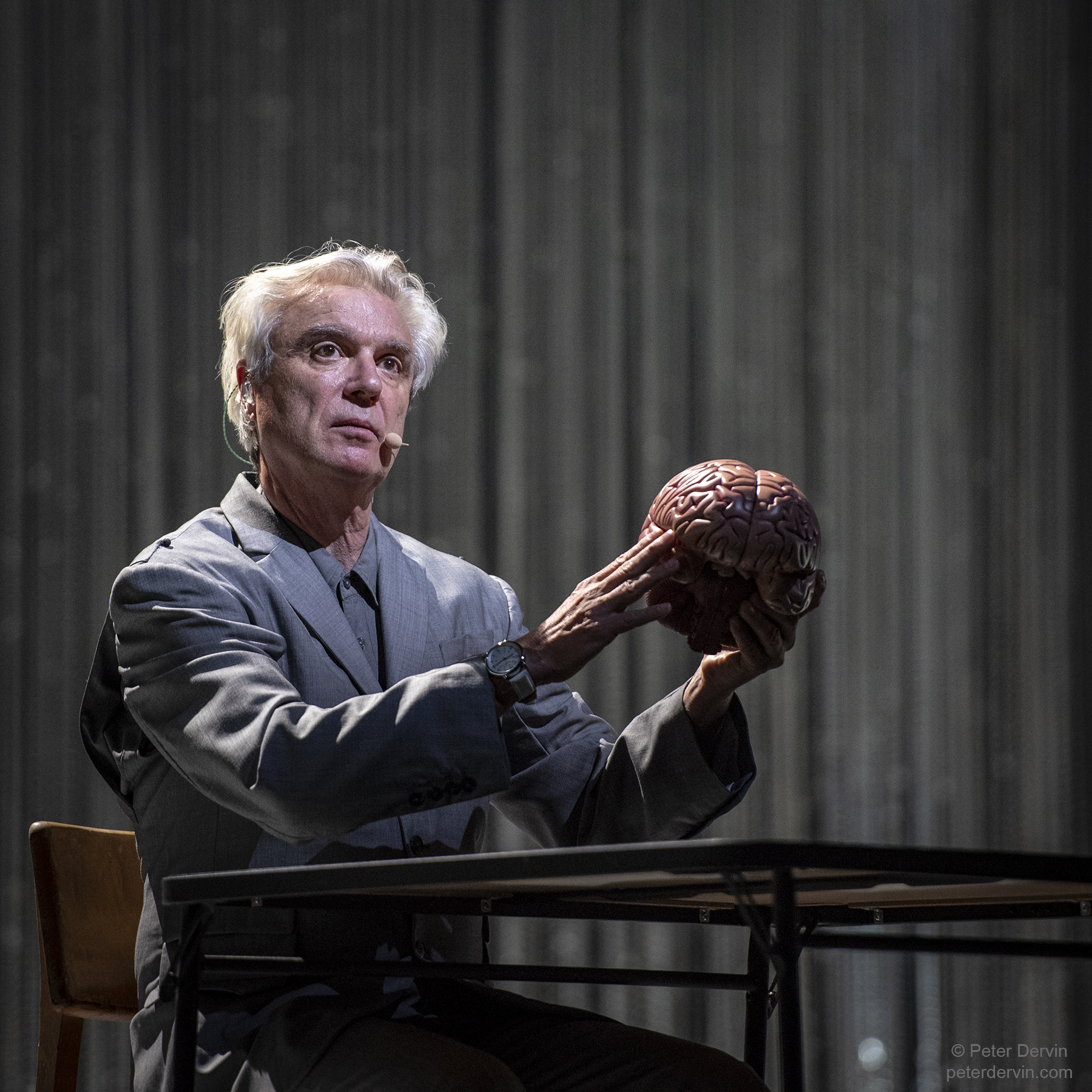 Rock and Roll Hall of Famer, David Byrne, formerly of Talking Heads, has made a career of bringing different types of music to the masses. Byrne is currently on tour to support his latest album, American Utopia, and the sold-out Paramount Theatre was enthralled by this performance.

Opening the evening was London-based musician Benjamin Clementine, who sang from his piano and held the audience in complete fascination. His music was really quite captivating and moving. An American Flag -draped mannequin stood center stage, and you had a sense that the music symbolized the current state of affairs, both nationally and globally. Clementine’s performance was fantastic and I will be looking forward to his next visit to Seattle.

As the theatre lights dimmed for the arrival of David Byrne, the stage was transformed into a giant space, no formal instrumental set up, just a table, a chair and an exposed brain as the centerpiece. As the lights were raised, there was David Byrne, sitting at the table with the brain in hand.

Byrne opened with a song entitled “Here,” from his new album “American Utopia” where “Here is many sounds for your brain to comprehend,” inviting us to “Here the sound, it’s organized into things that make some sense.”

From there, the band began to appear from the shadows of the curtains that made up the walls of the open space; each musician had instruments in hand, in marching band fashion and as the band kicked into the song “Lazy” from Grown Backwards, the tempo of the evening picked up with their synchronized dance movements and playing. 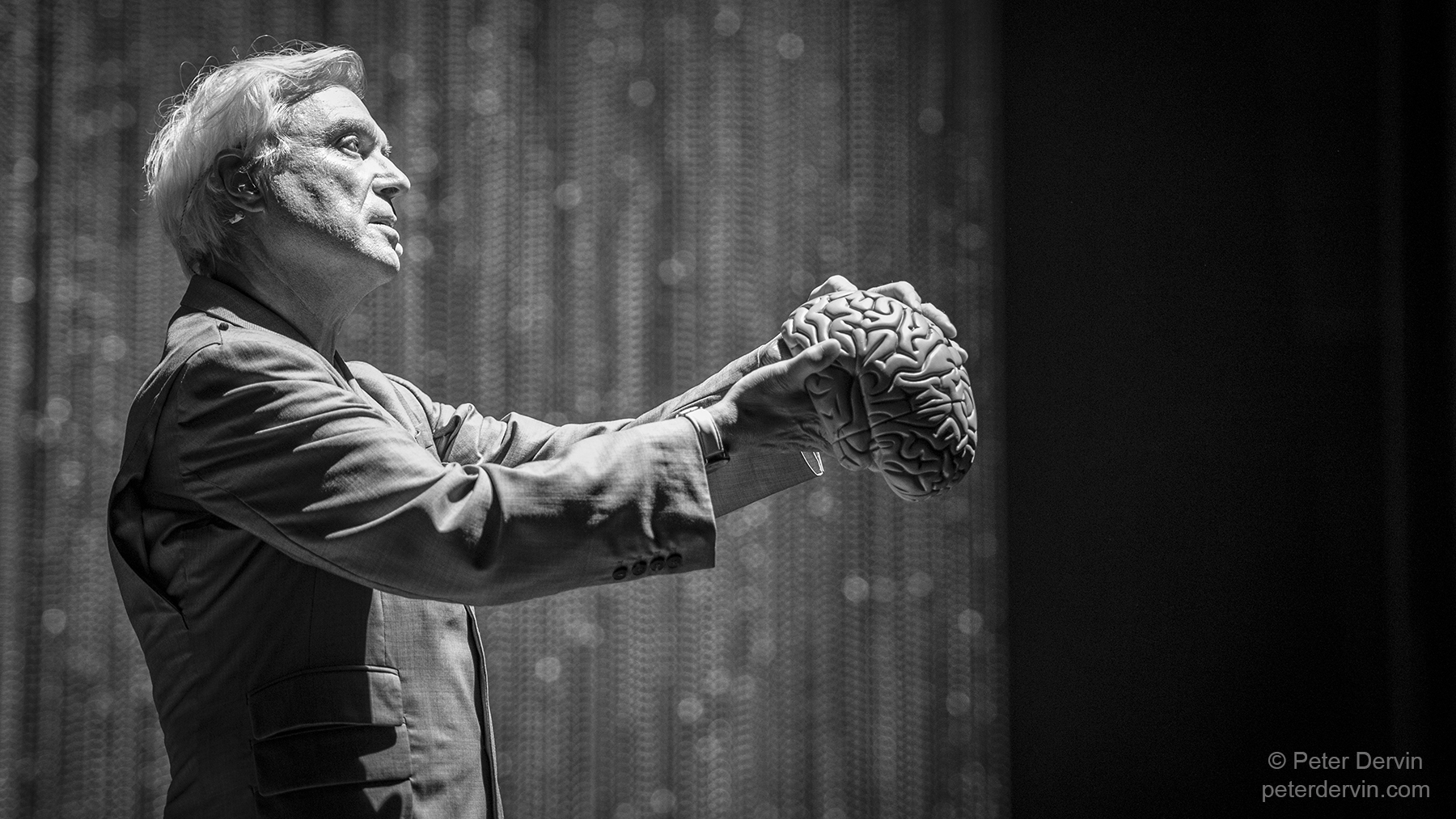 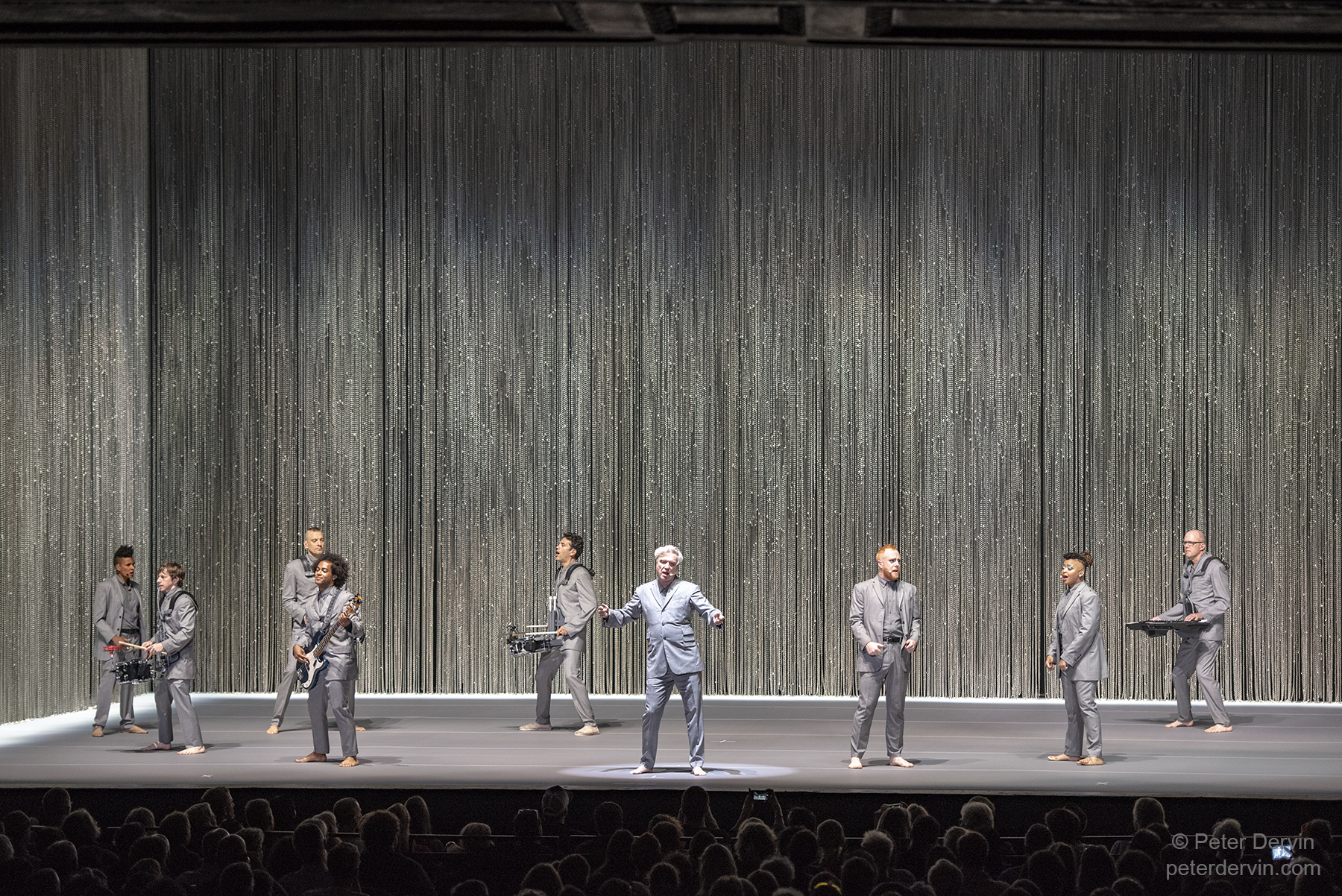 “I Zimbra,” from Talking Heads album Fear Of Music exploded with the rhythmic beats and fusion, then right into “Slippery People” from Speaking In Tongues. . .WOW, everyone was out of their seats and groovin’ to the tunes. Throughout the evening David Byrne played a variety of Talking Heads favorites from the Remain In Light album, such as “Once In A Lifetime” and “Born Under Punches.”. Also some songs from Speaking in Tongues, including “ “This Must Be The Place (Native Melody)’ and “Burning Down The House.”

In between the Talking Heads tunes, Byrne inserted a wide selection of songs from his assorted collaborations like “I Should Watch TV” from his album Love This Giant with St. Vincent, and “Toe Jam” with The BPA (that was also one of the greatest videos ever!).

The evening closed out with encores from Byrne’s recent theater production of Here Lies Love, with the song “Dancing Together” (which was performed by the late Sharon Jones on the album) and my all-time favorite Talking Heads tune, “The Great Curve,” with its pulsating world beats and sonic explosiveness.

I have been very fortunate over the years to catch David Byrne at different stages of his musical journey. In the past few years, his interest in civic action has been at the forefront. During the course of the evening he brought attention to the folks who were registering voters, as he emphasized the importance of participating in local elections. Striving to build upon our American Utopia. 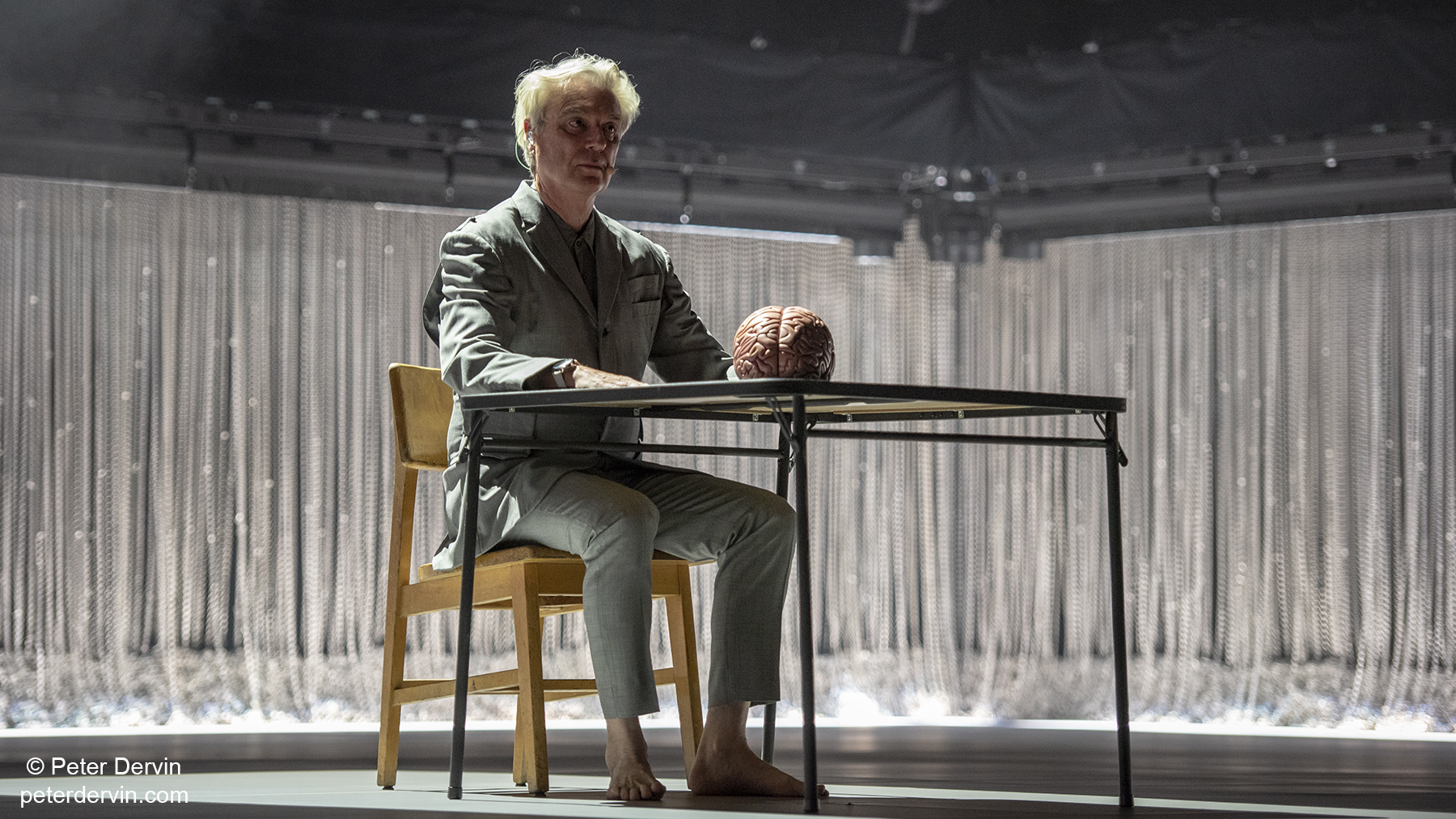 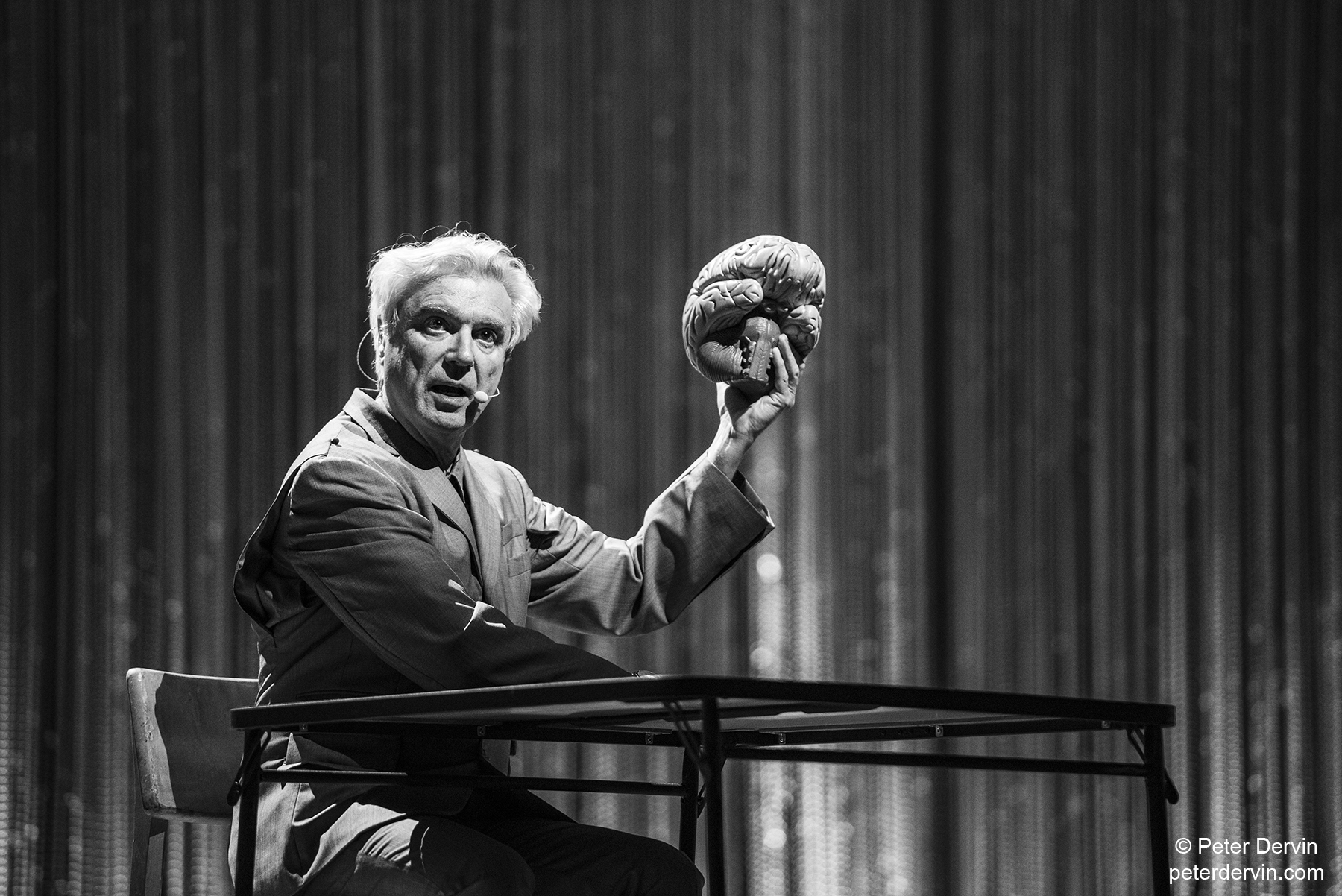 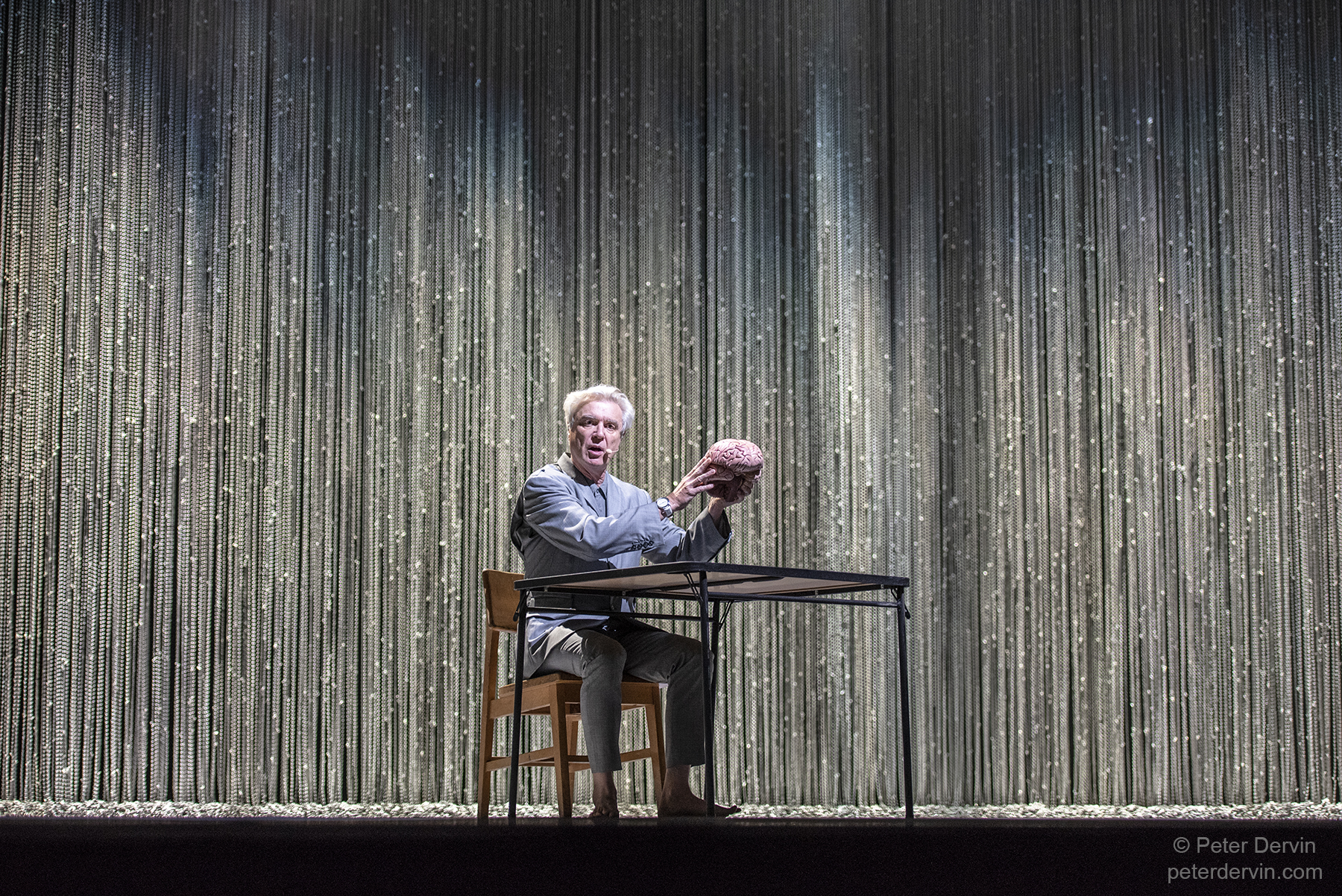 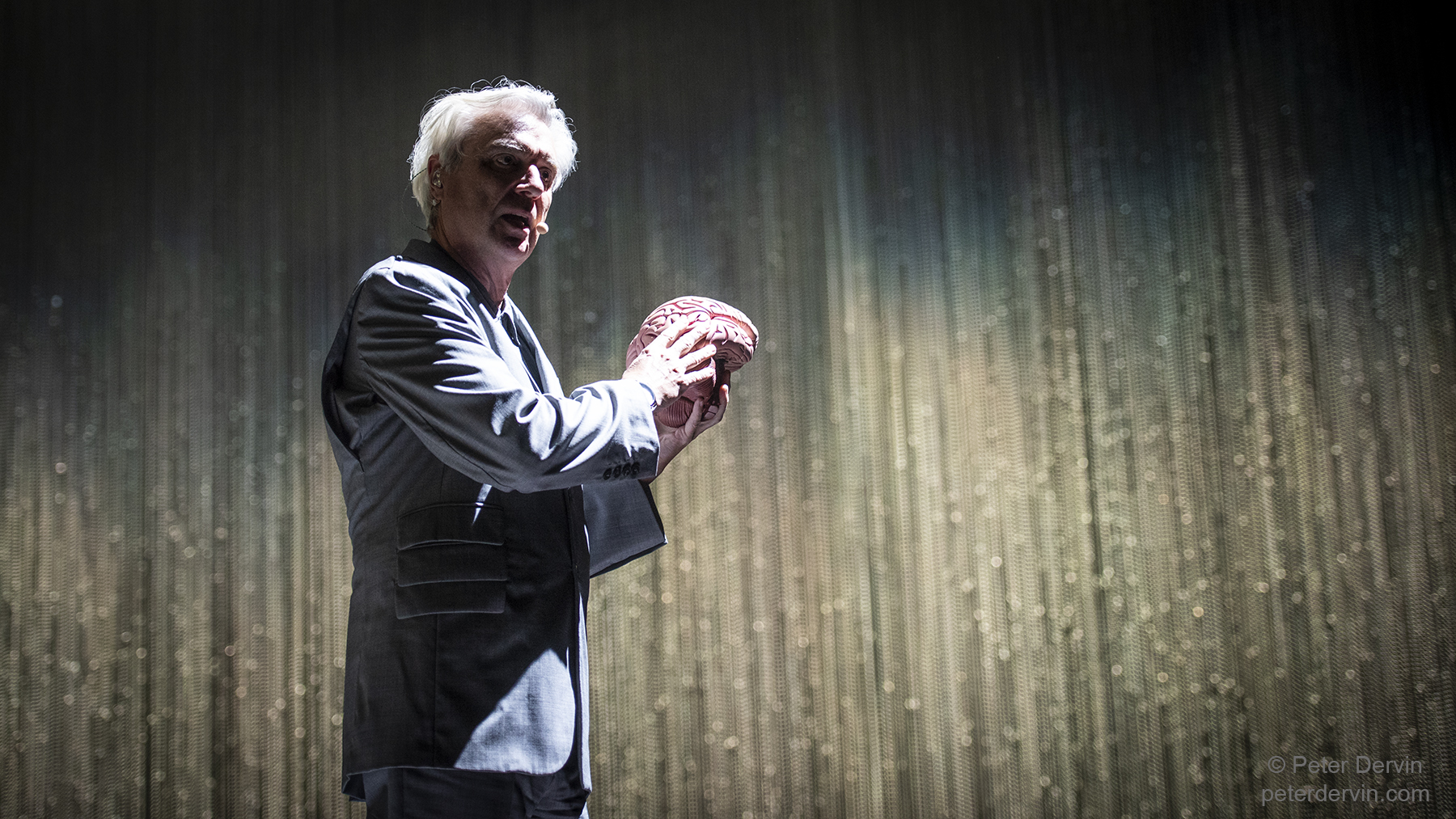 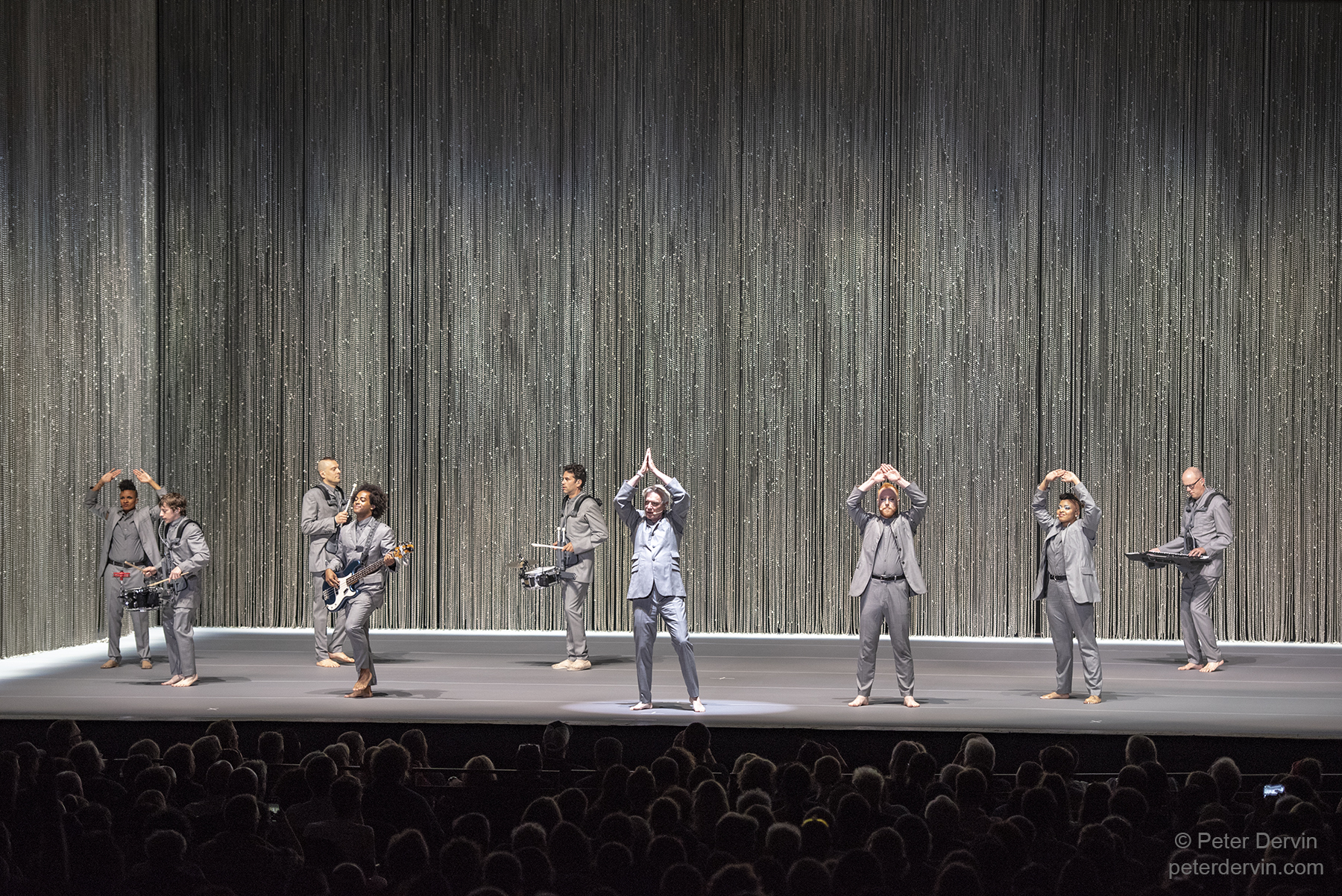 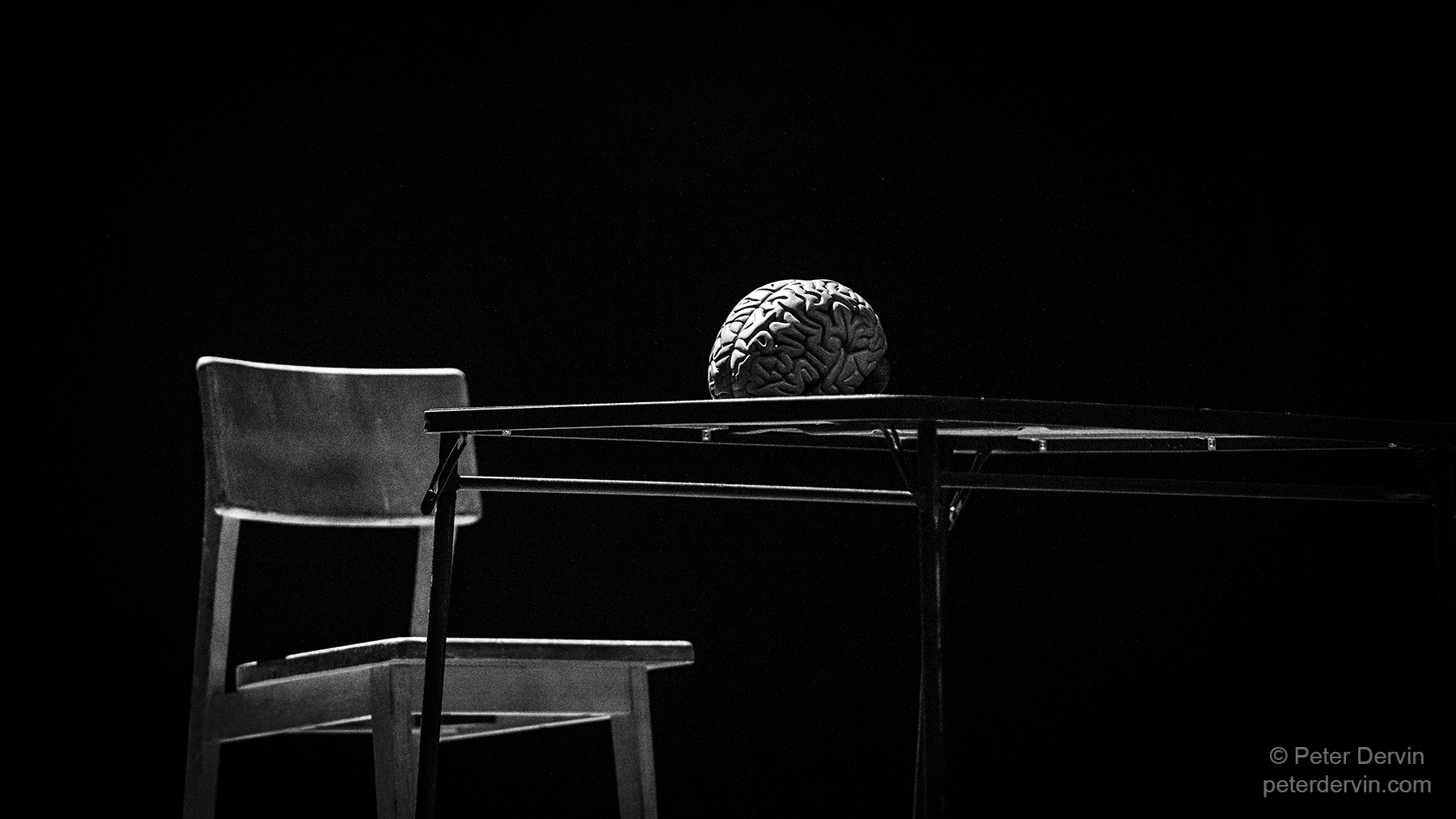 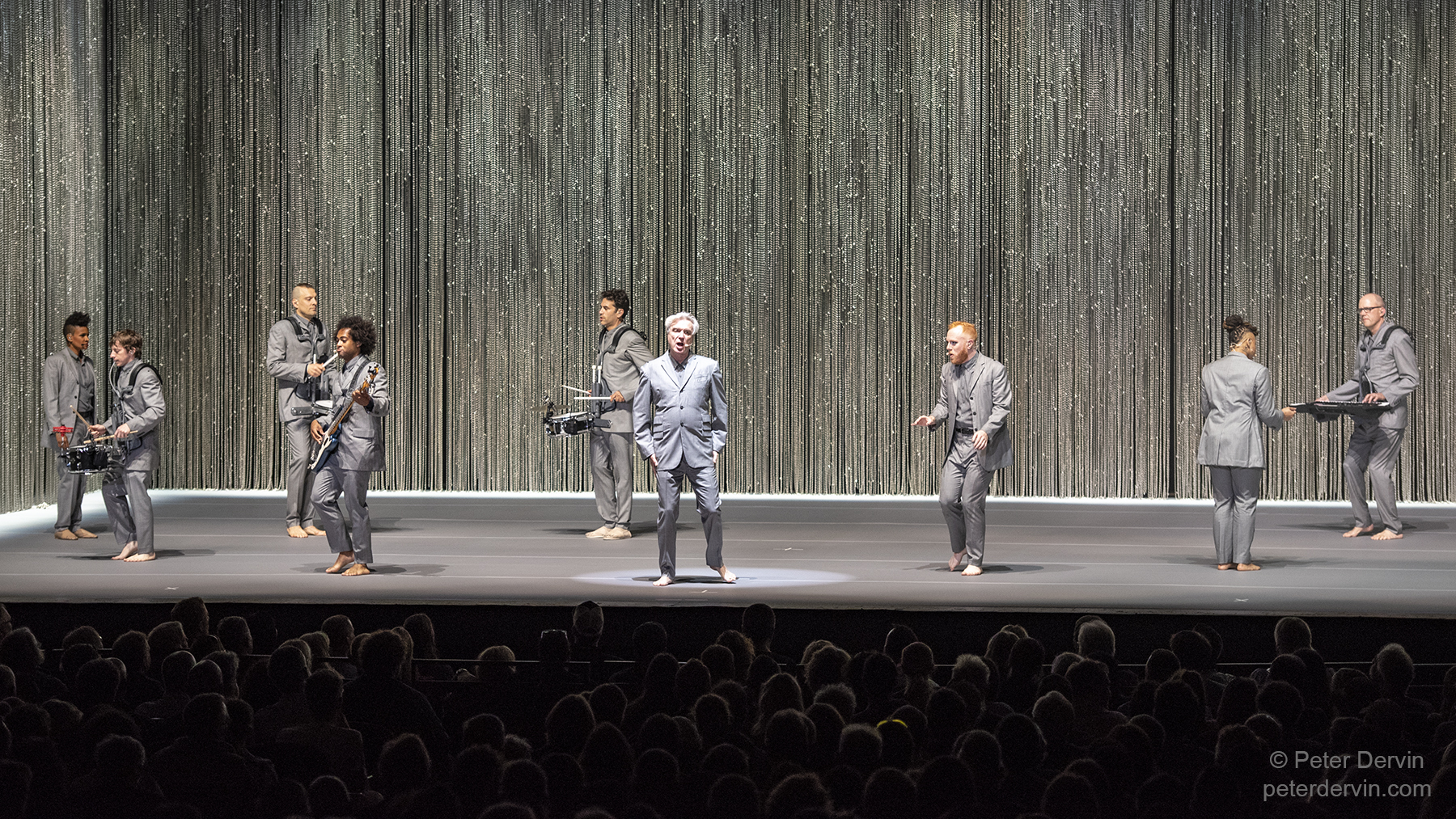 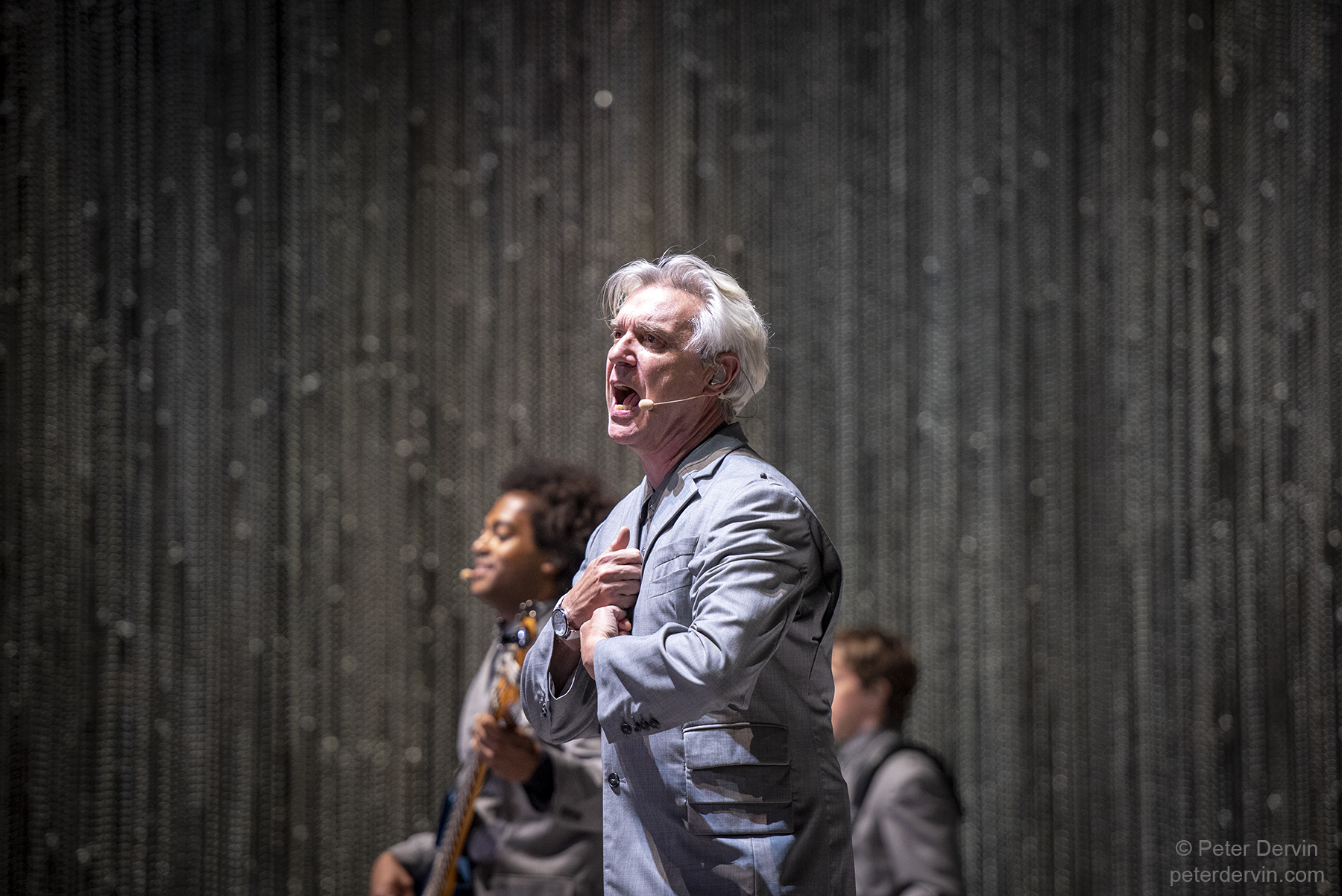 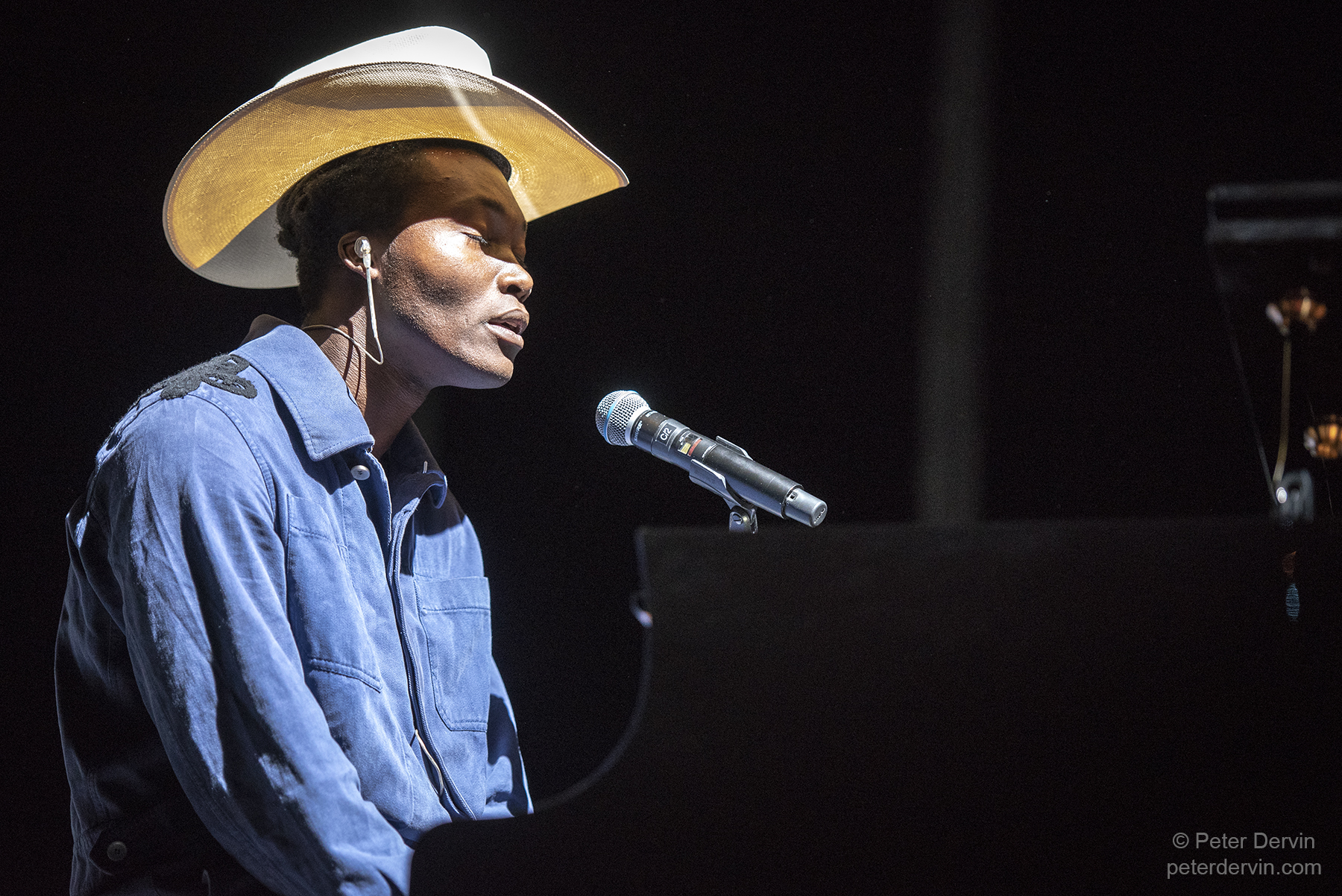 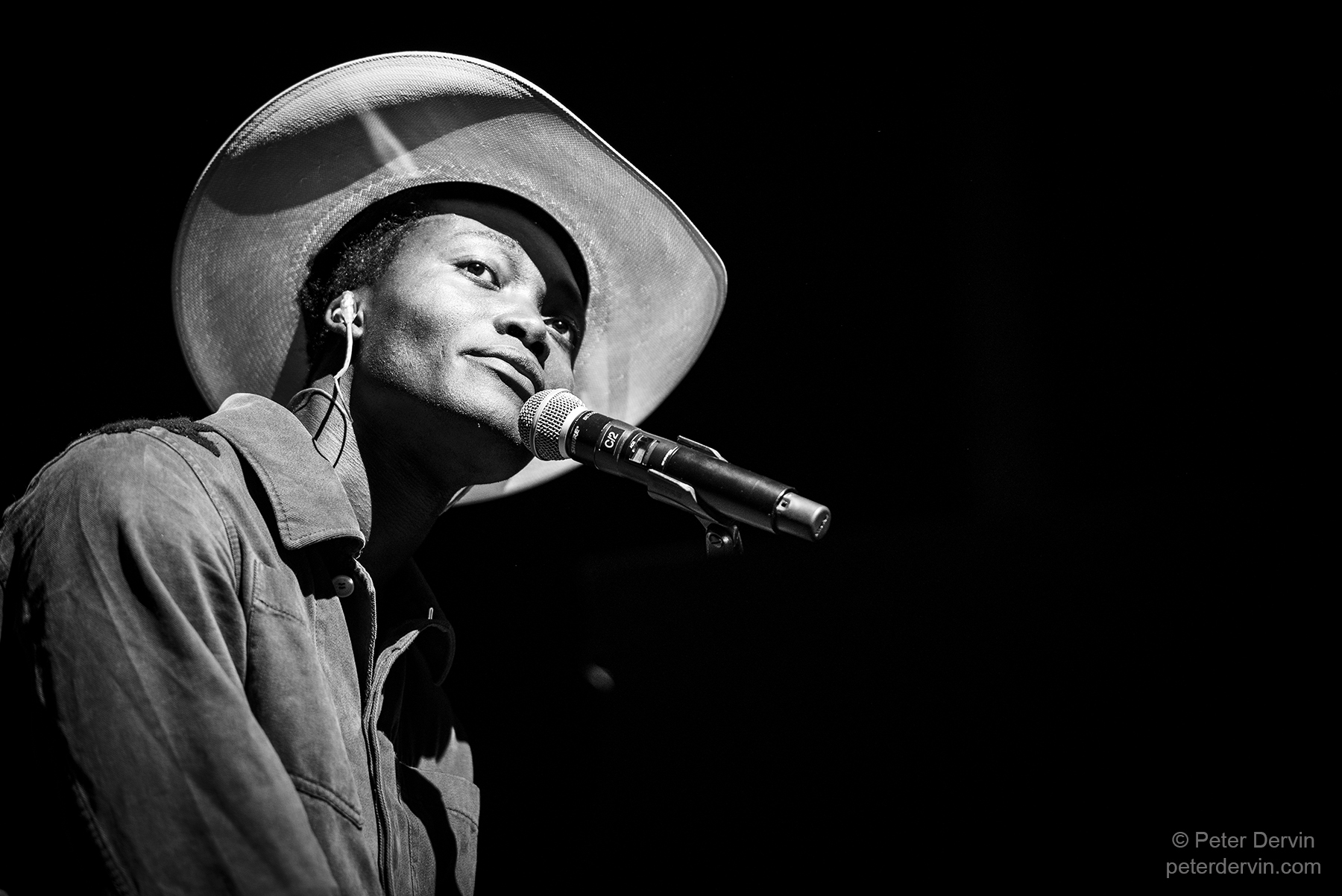 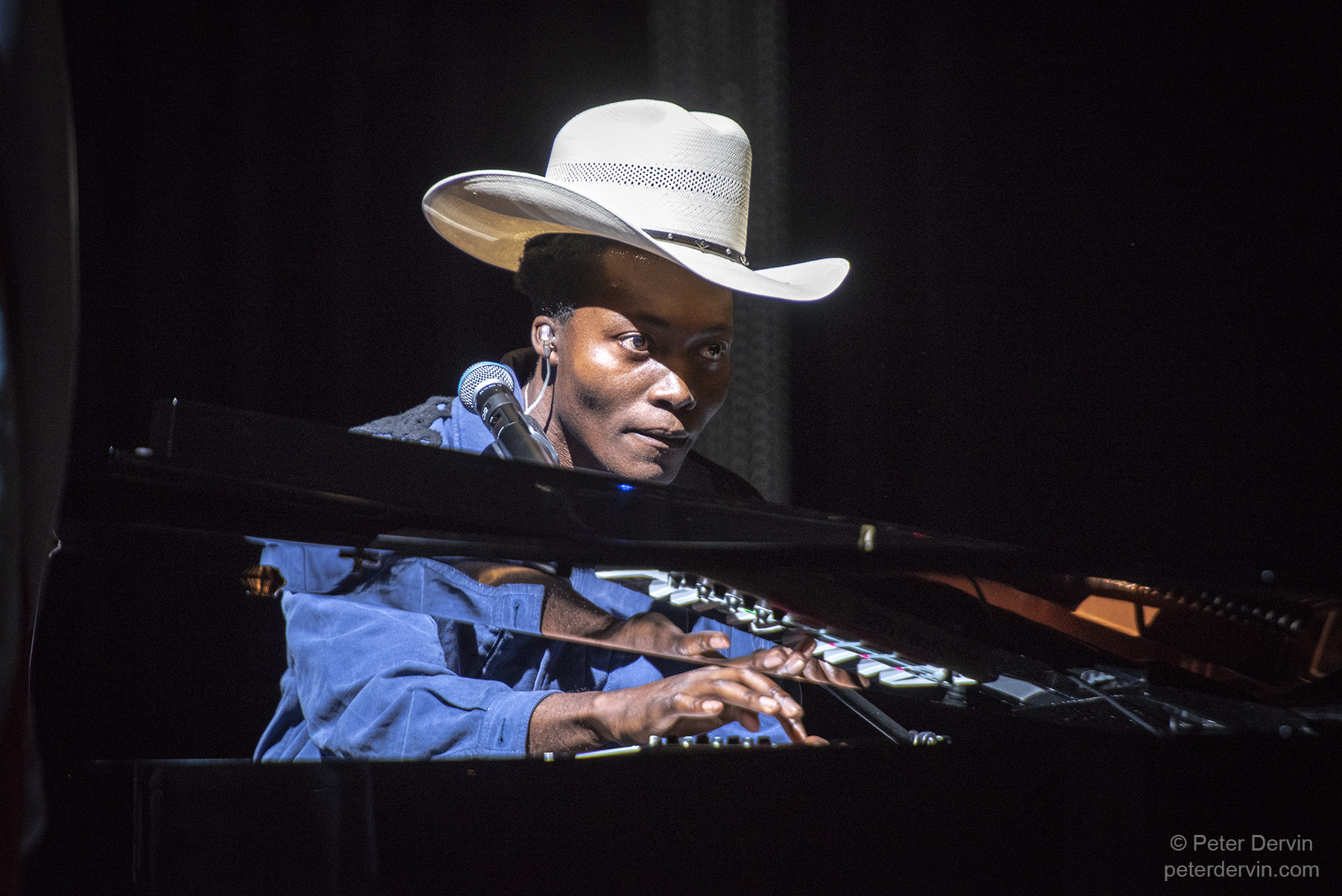 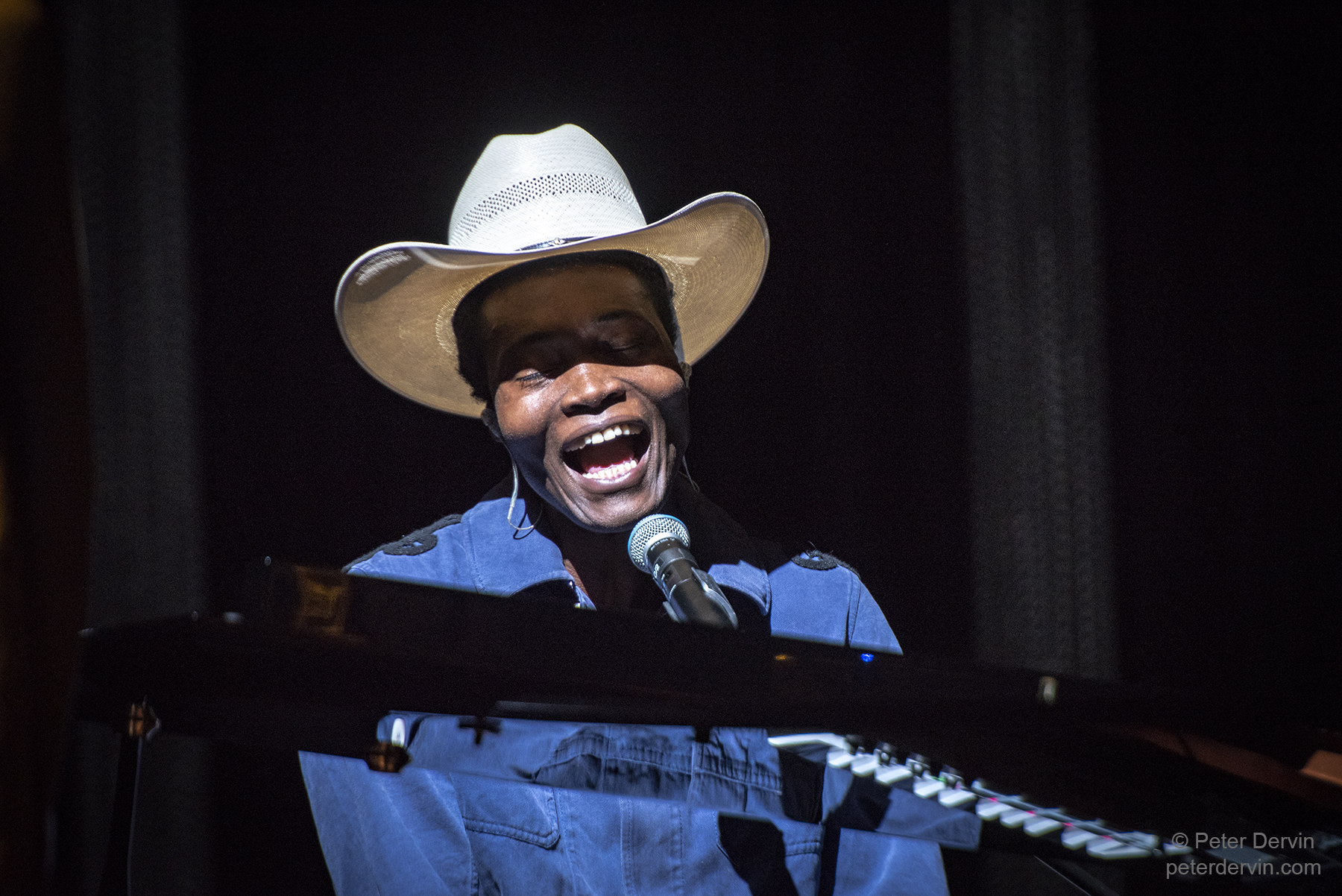 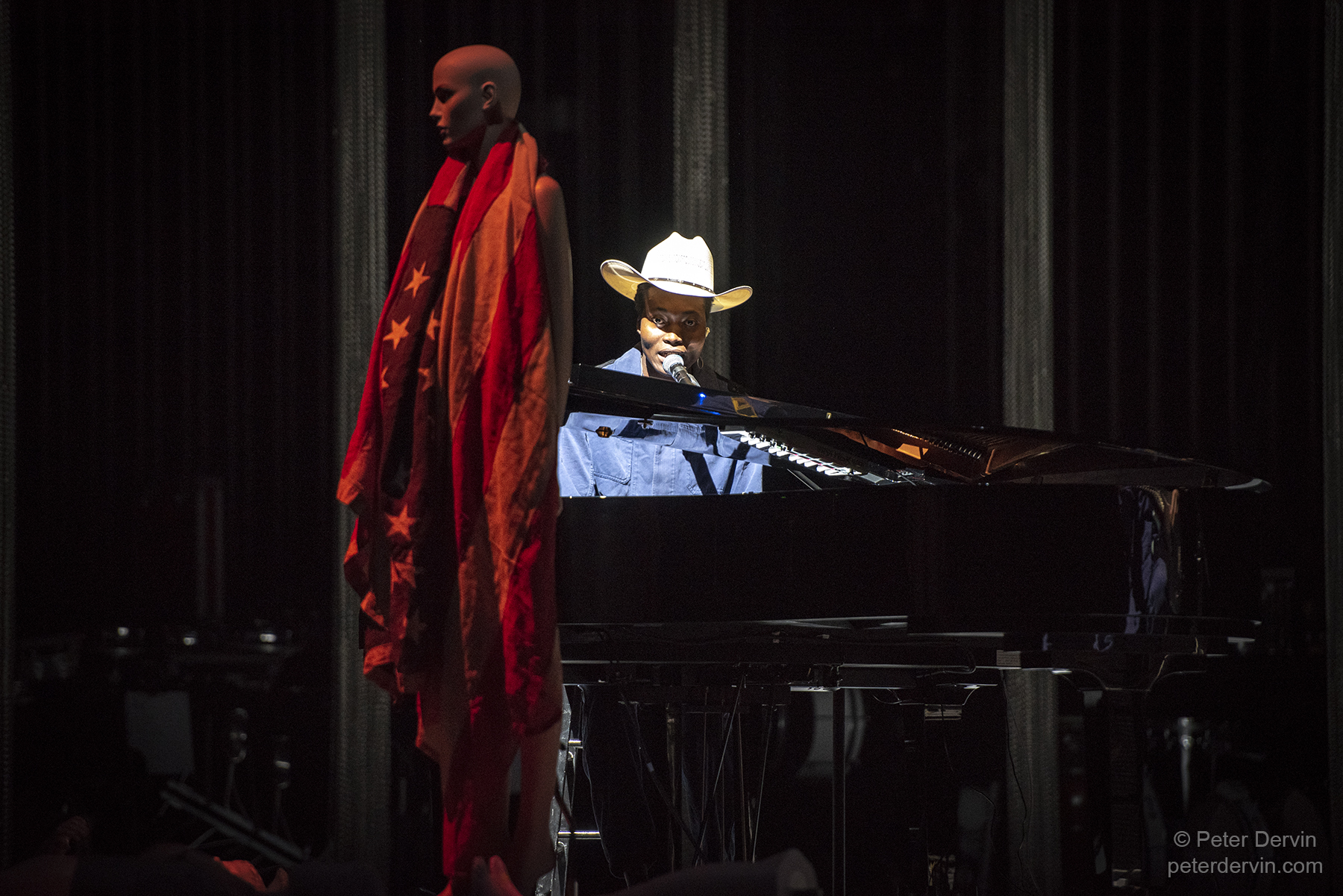 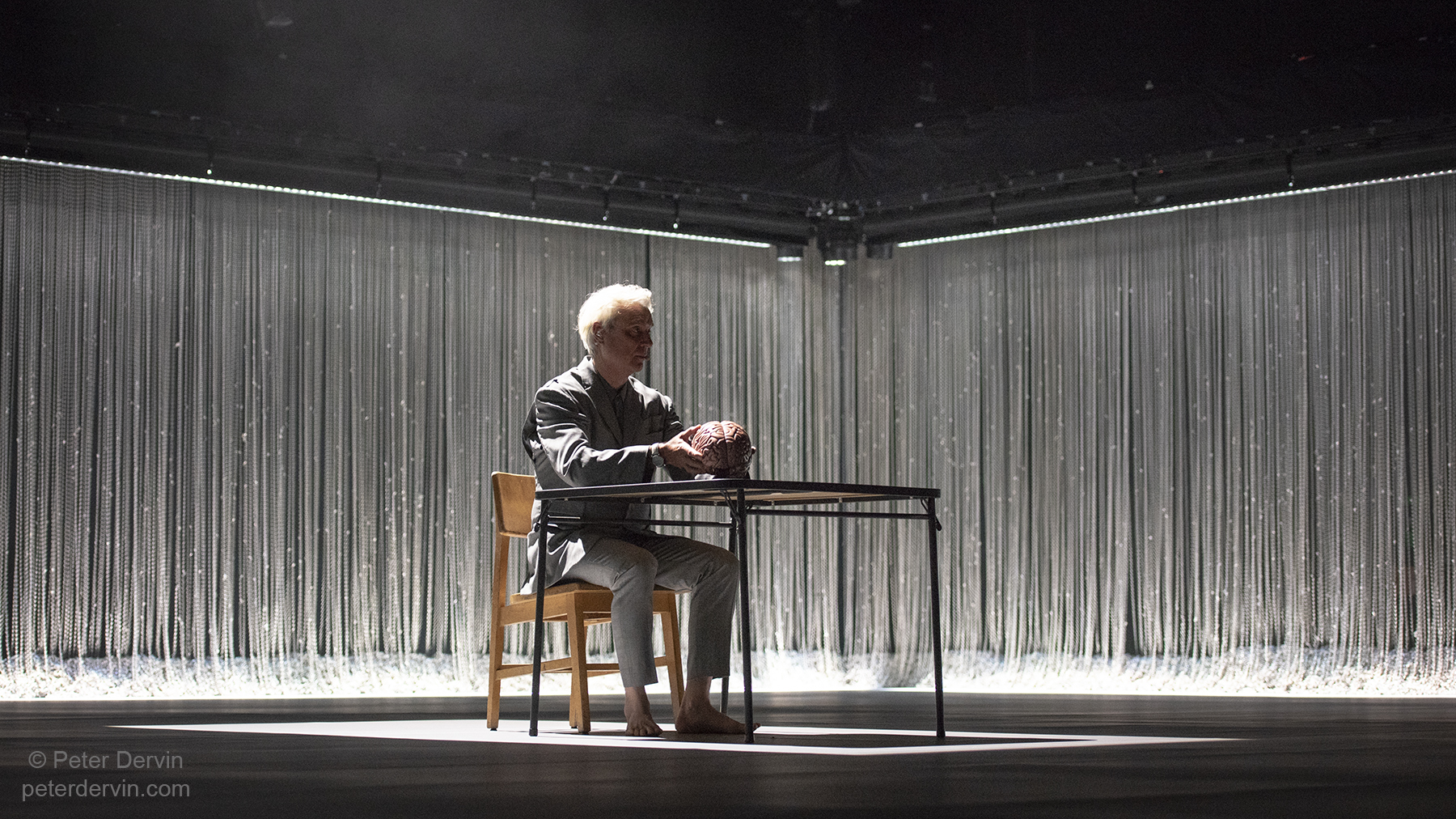 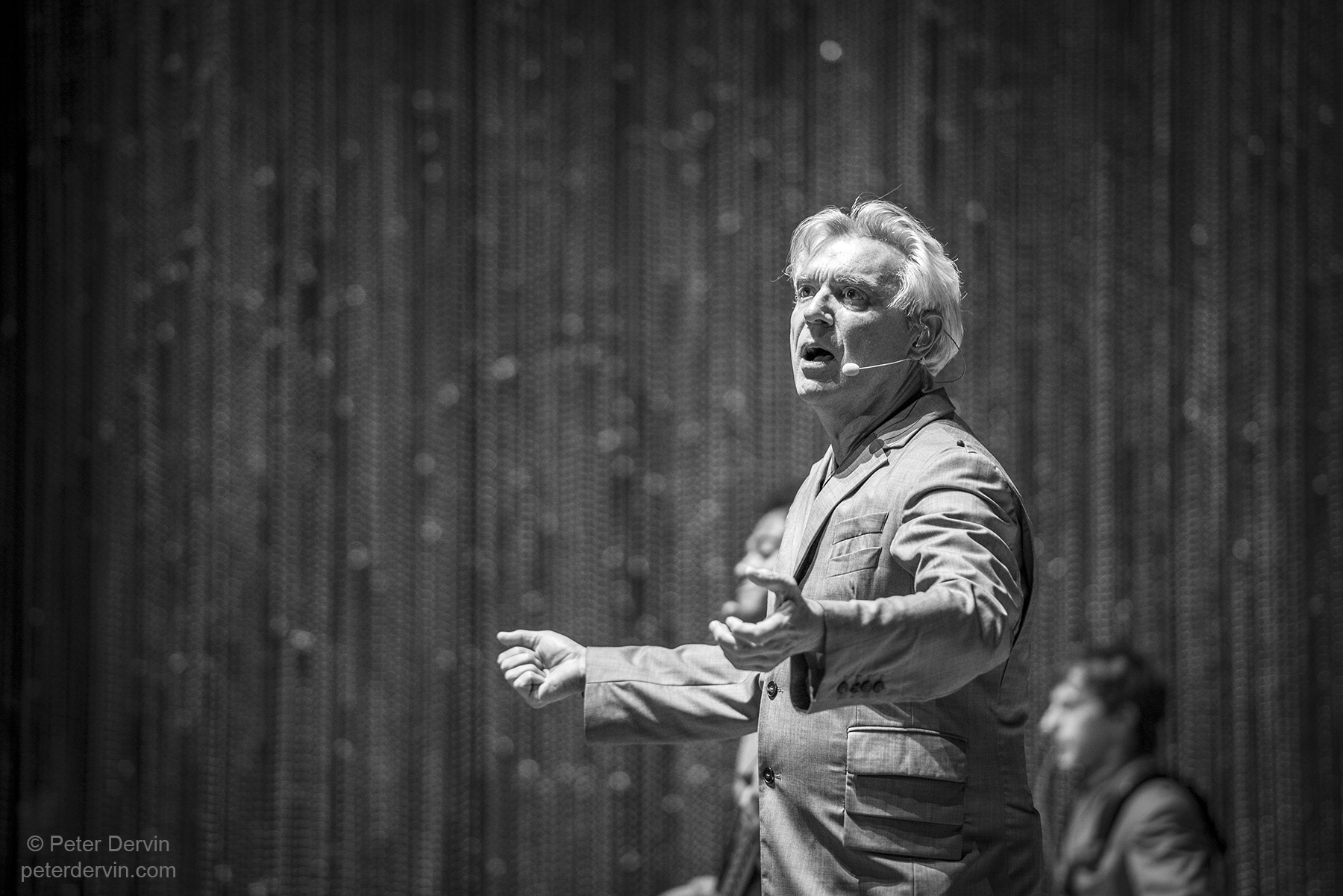 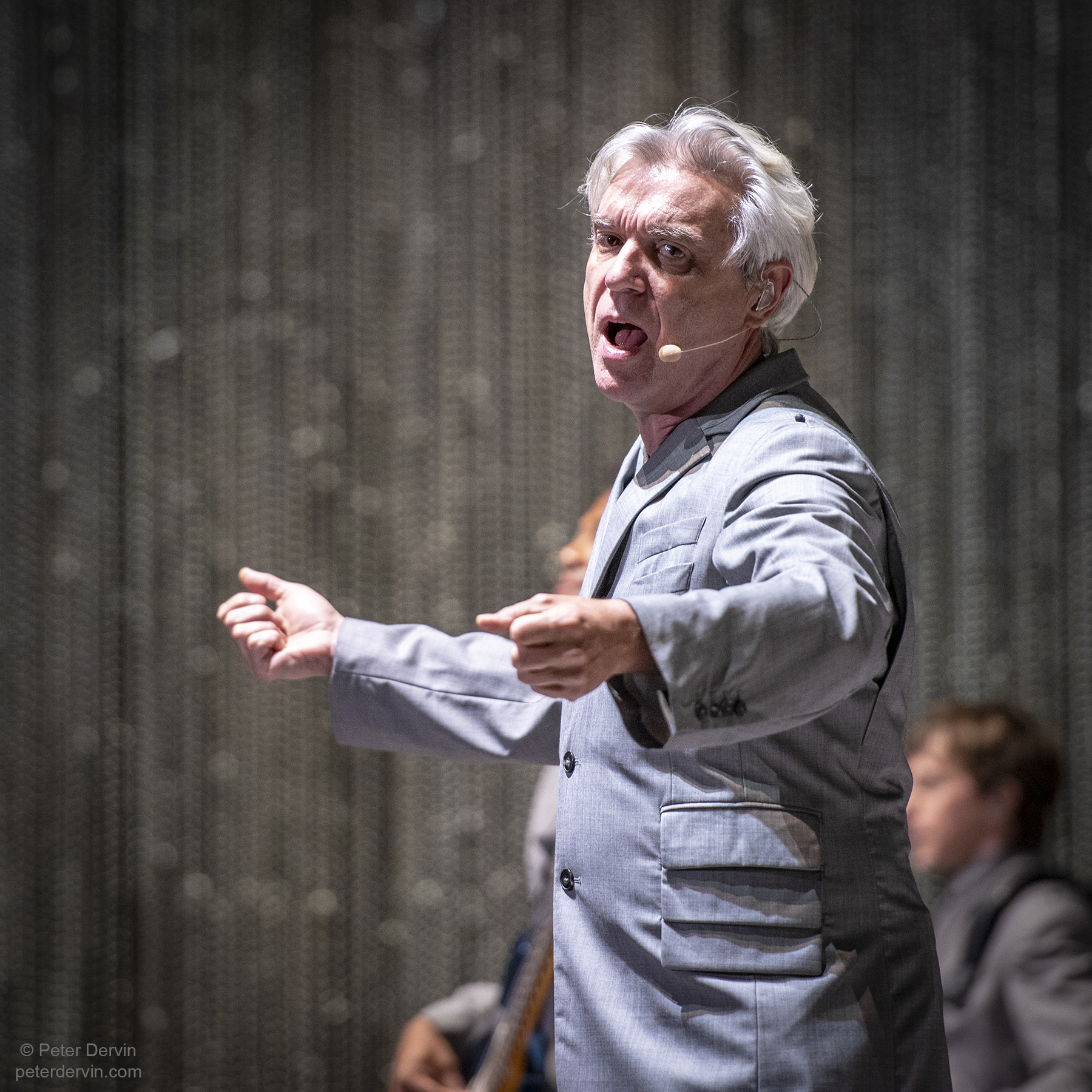 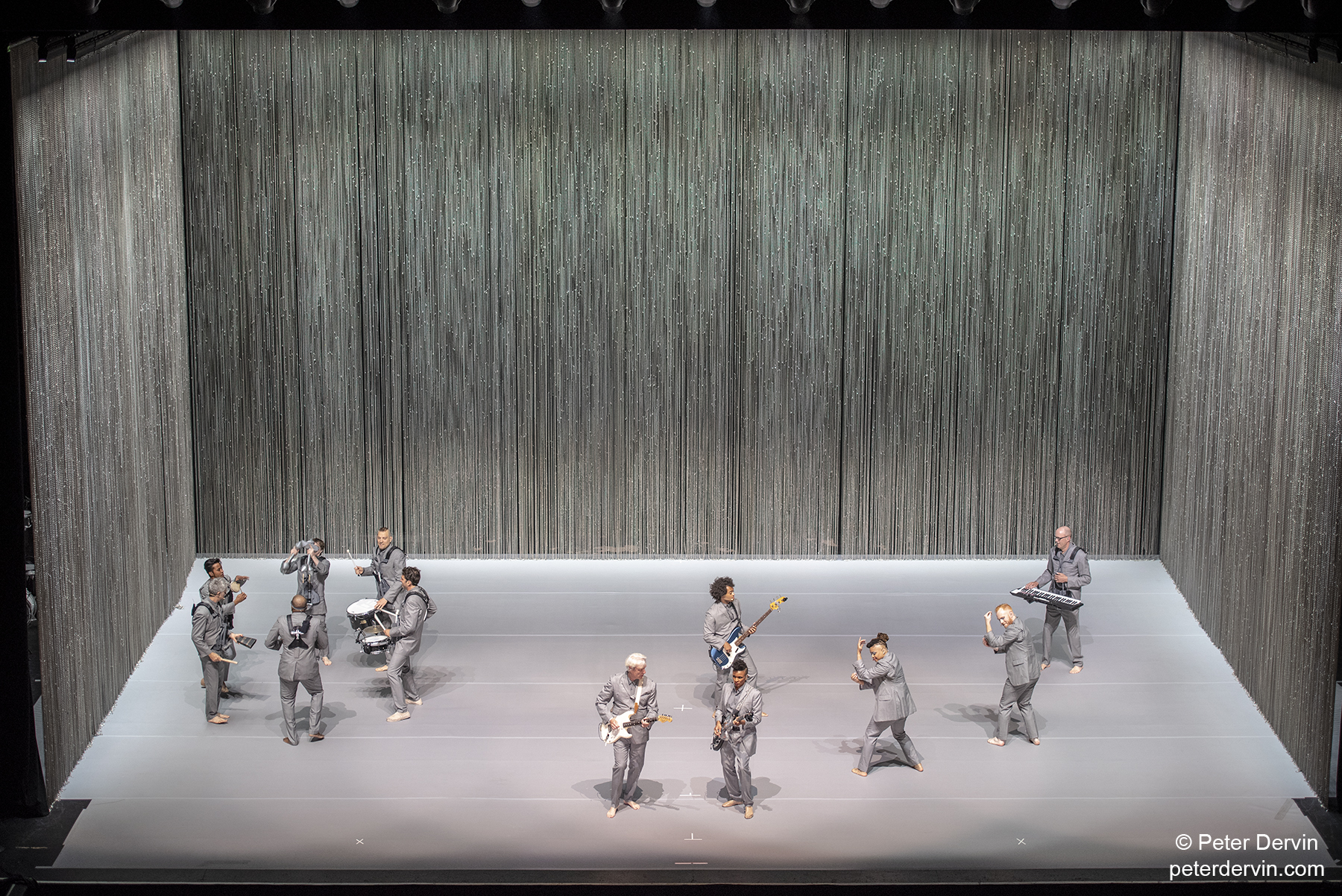 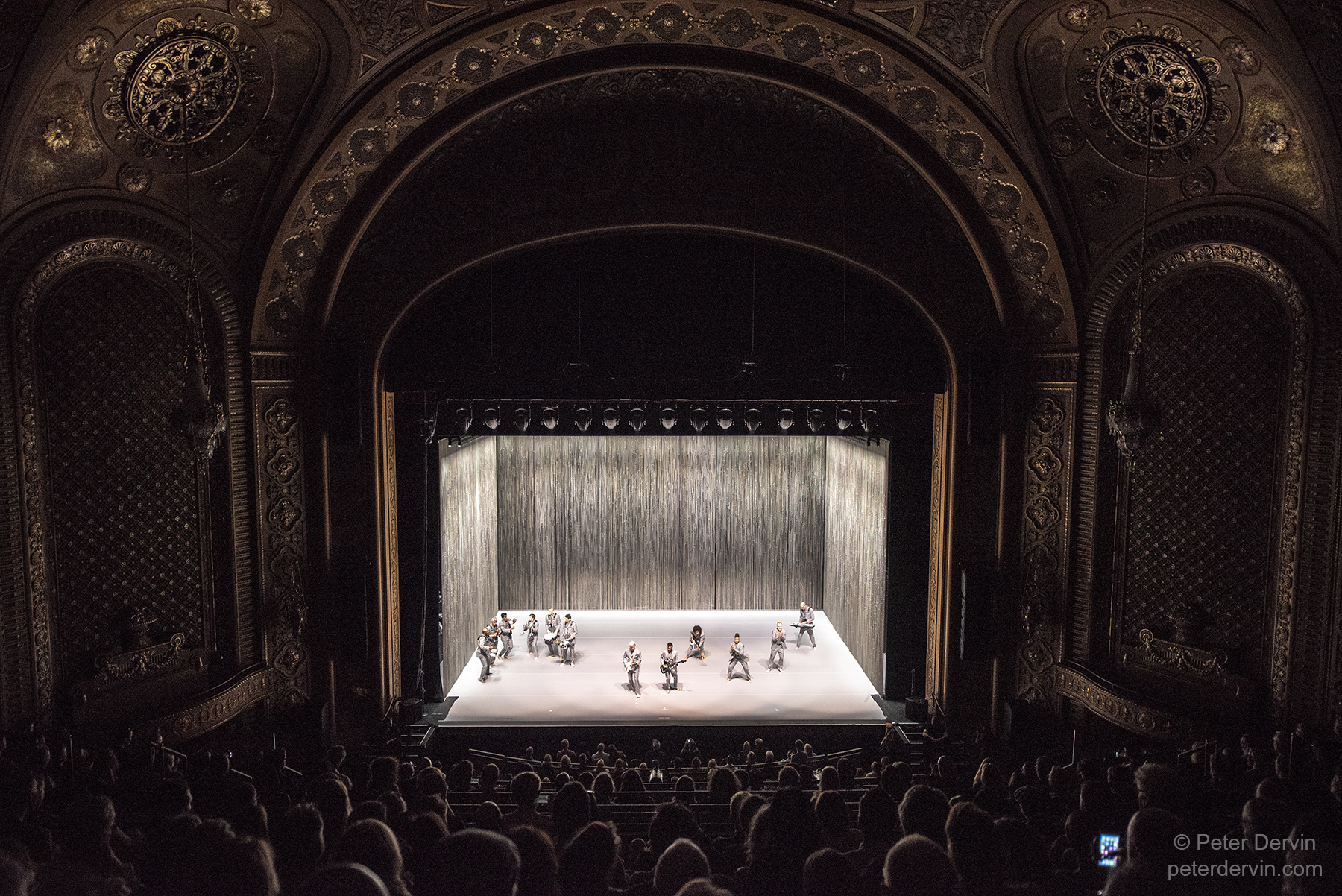