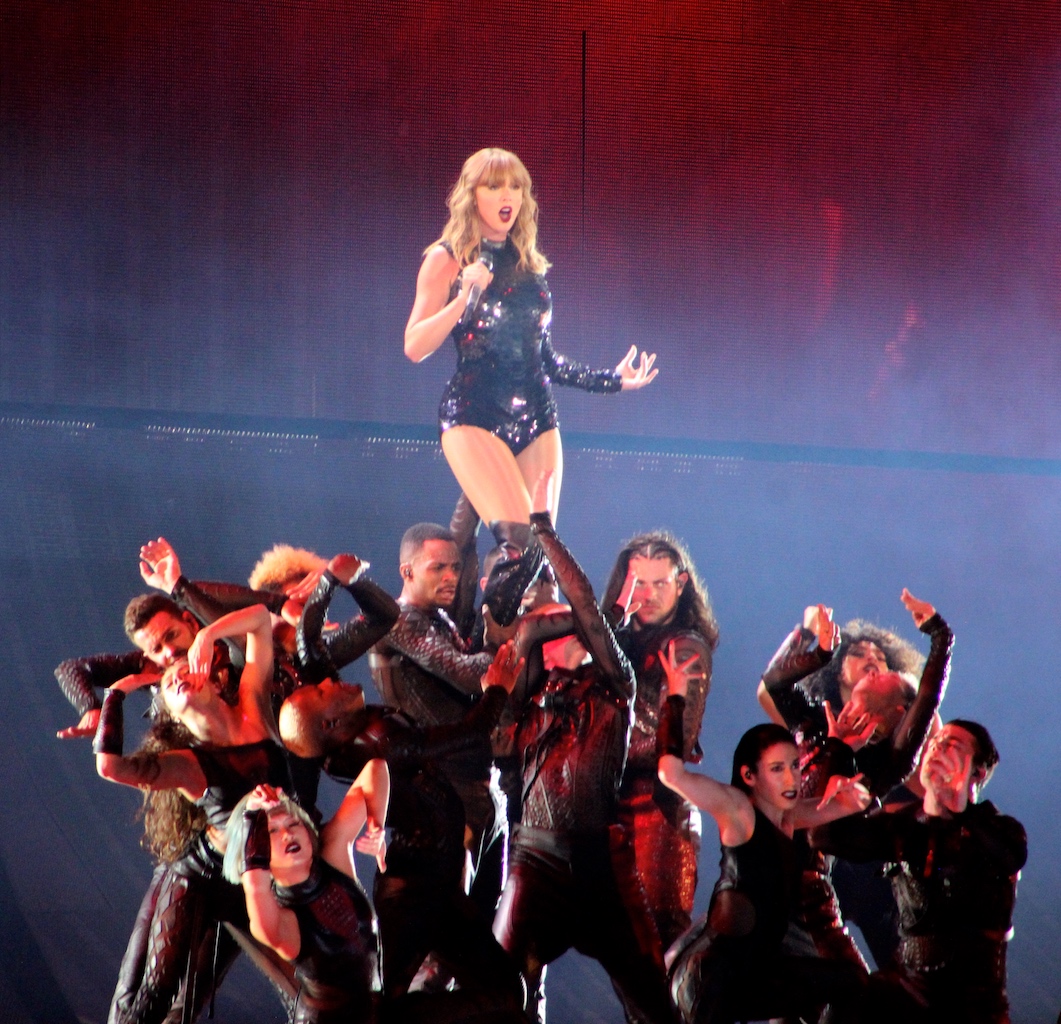 Taylor Swift started her Seattle date on Tuesday evening with “. . .Ready for It?,” a perfectly chosen track to introduce us to a powerful arena performance for the ages. Let the games begin, indeed!

Of course Swift was the performer everyone came to see, but she shared the stage with a superb squad of dancers and band of musicians. Designers made creative and stunning stage use, switching themes and lights; these artists deserve major compliments for a nearly Transformers-like stage design technique. 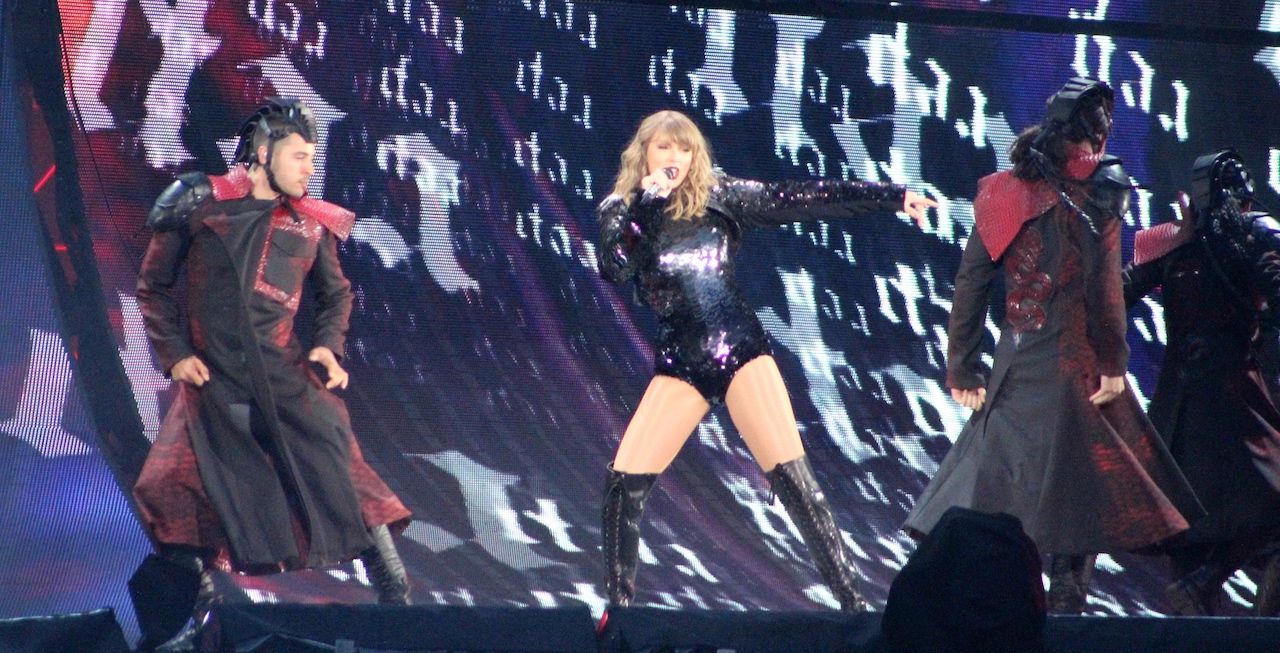 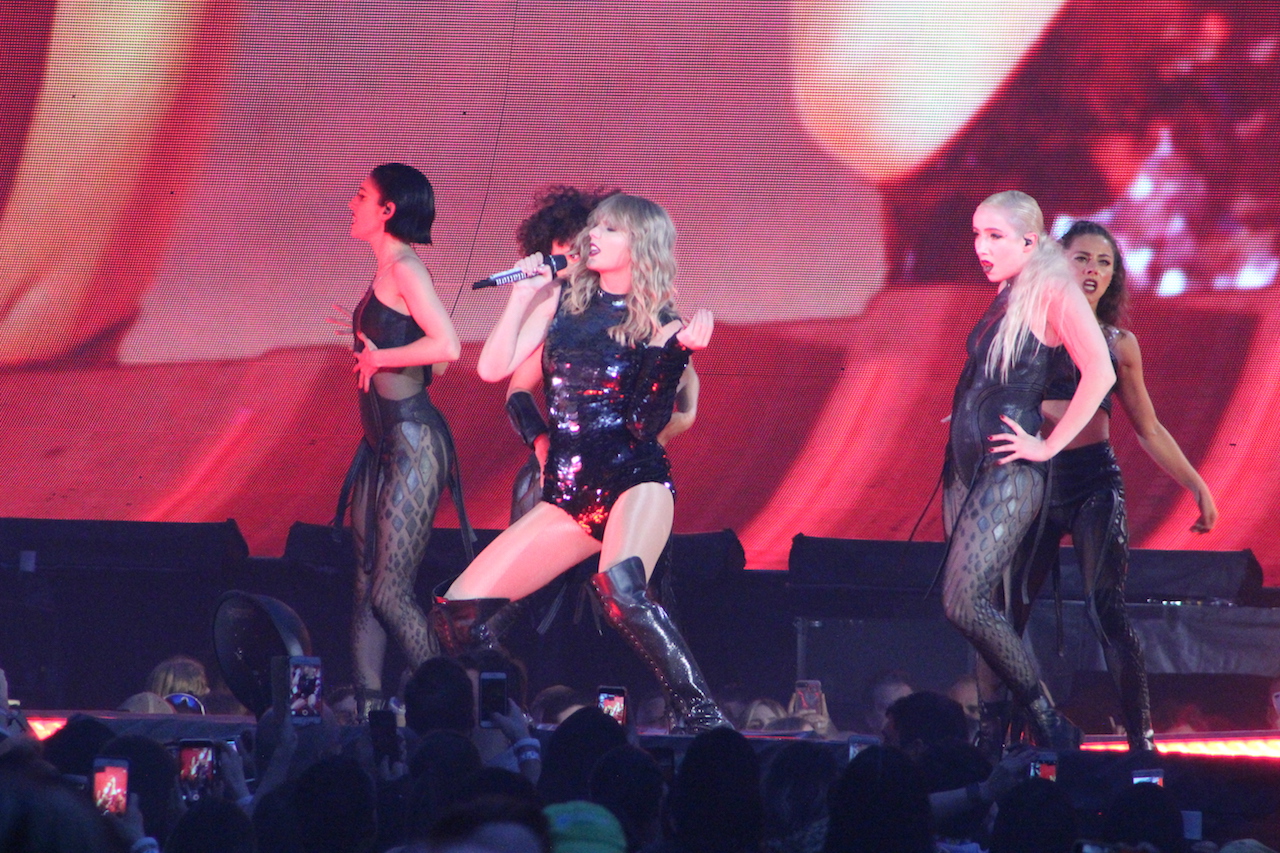 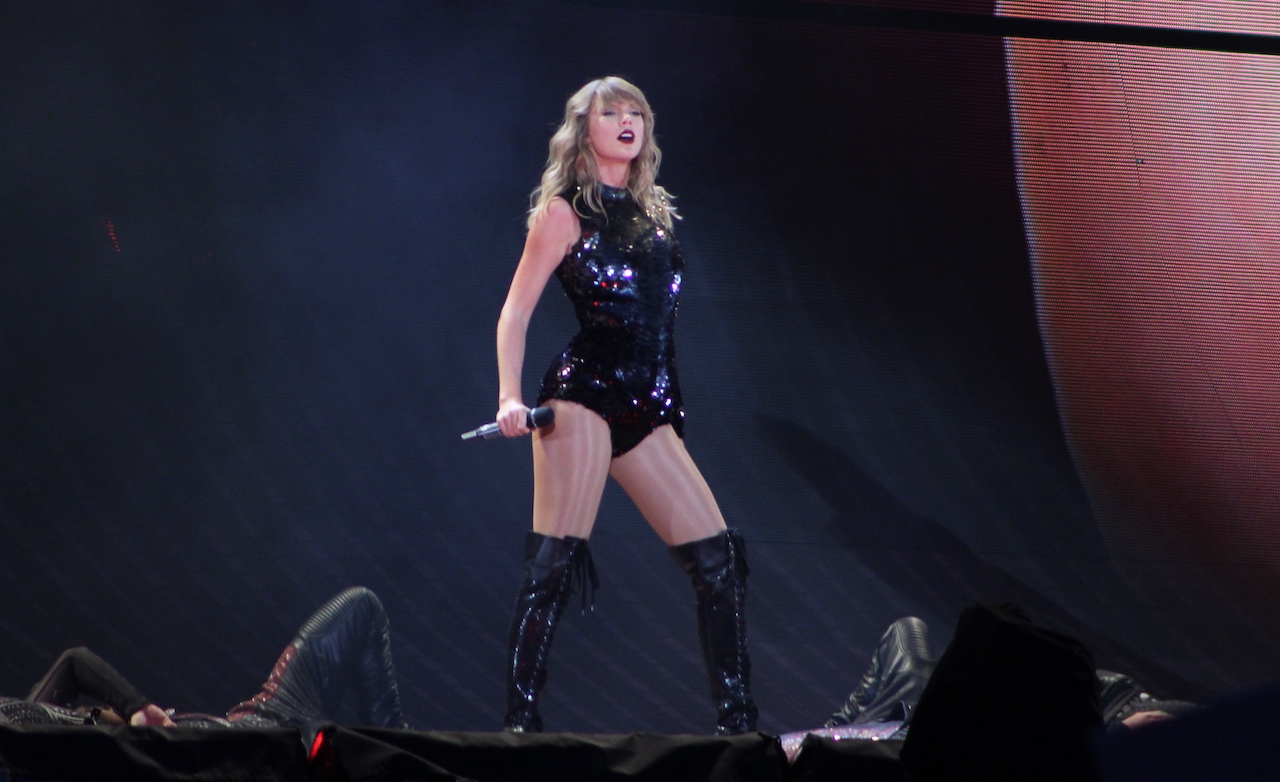 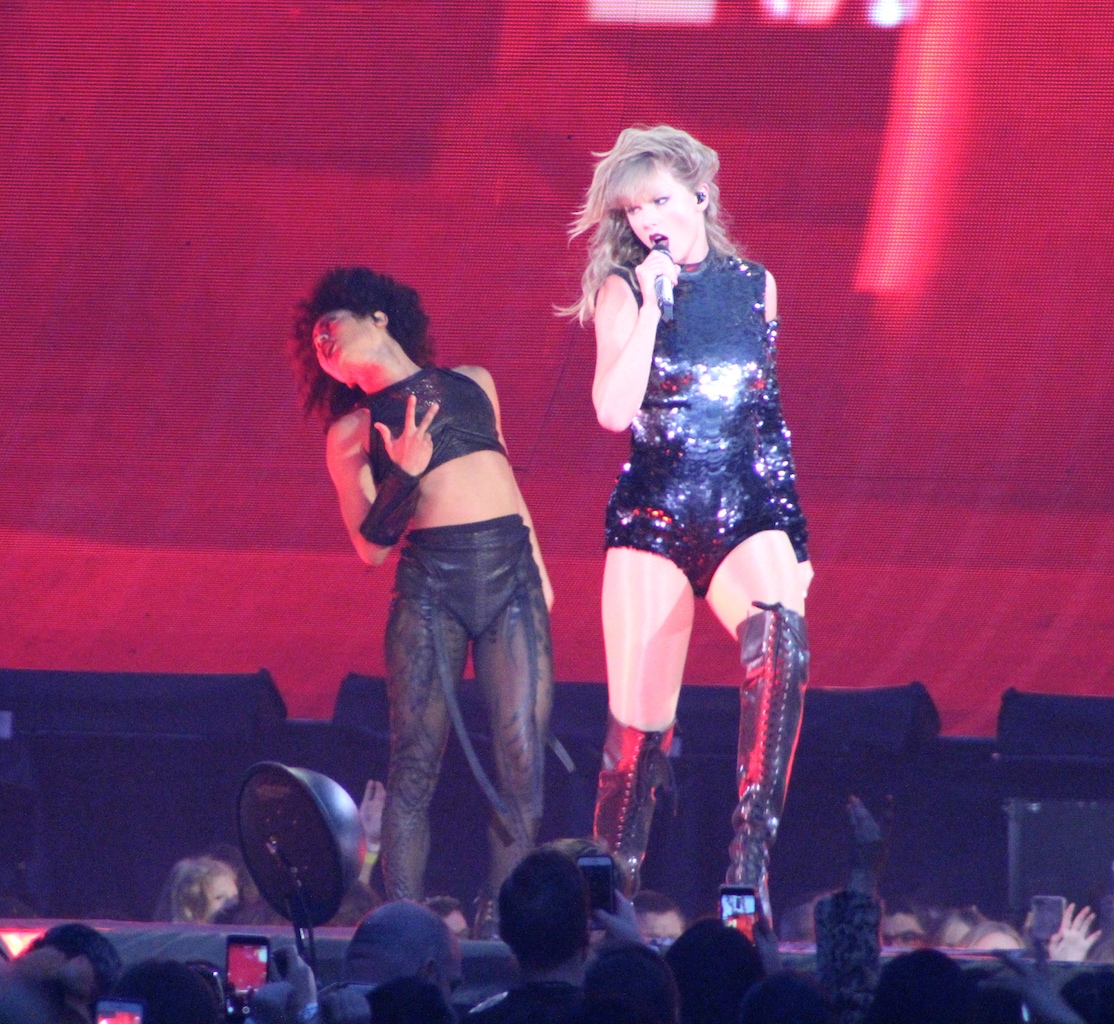 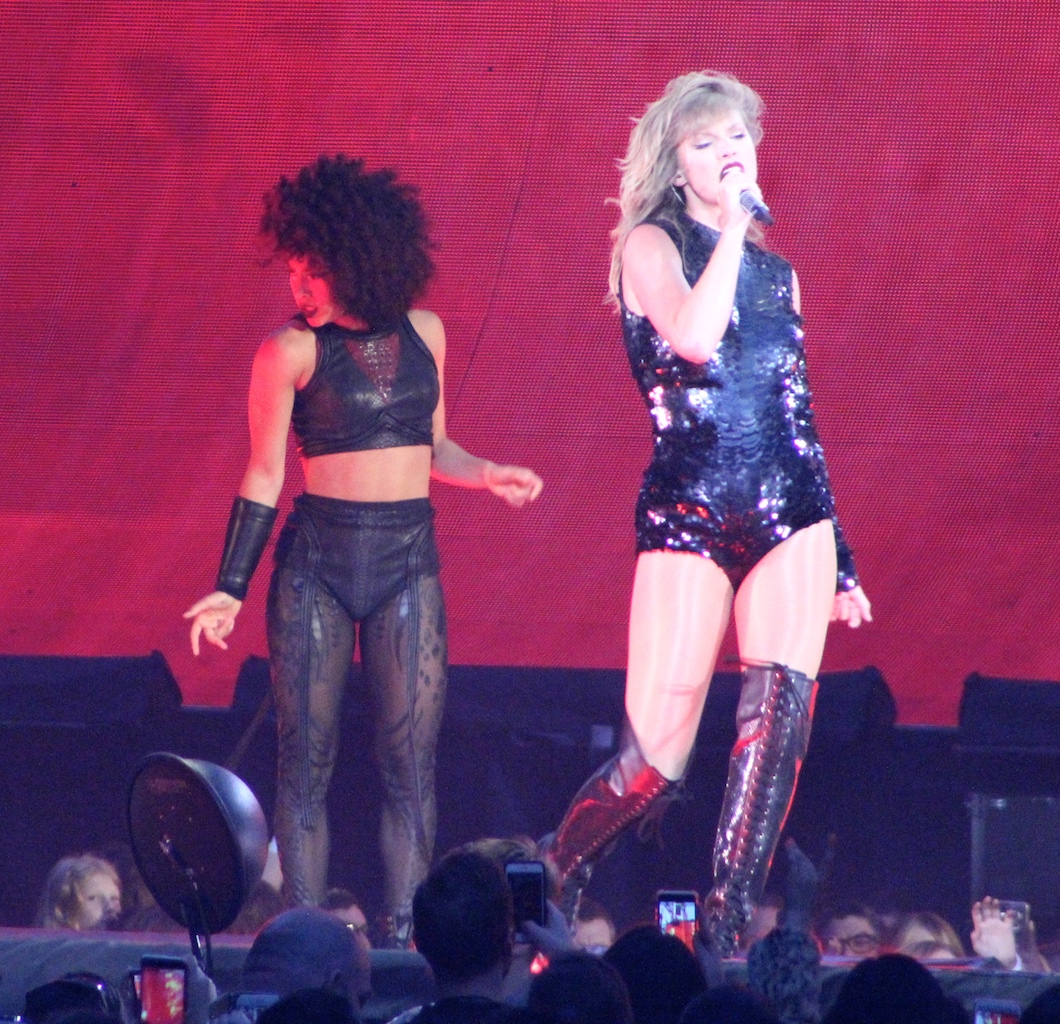 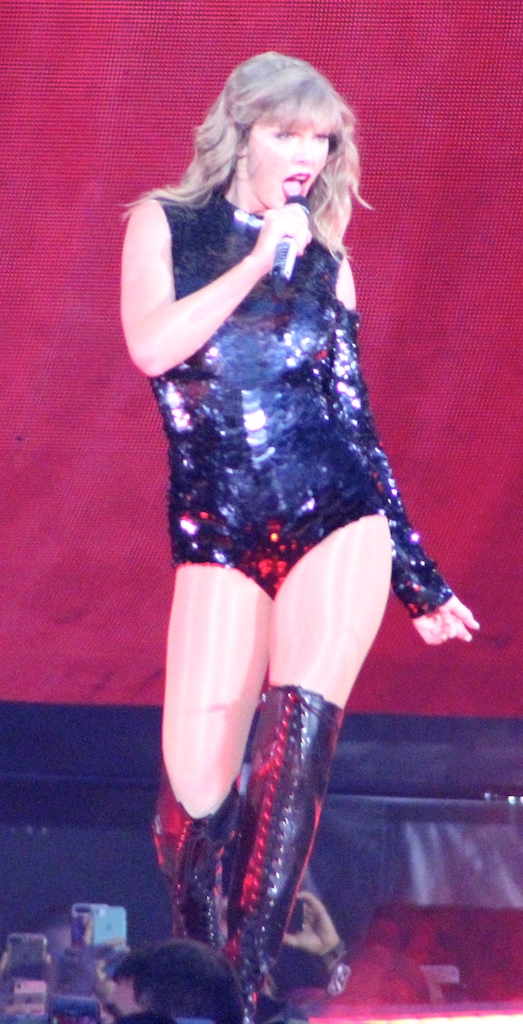 Now, Swift is a mighty star. That she writes genius songs on her own as a cowriter is fortunate enough. But she’s also an accomplished stage performer, one who has the ability to make this pop/rock star gig one she can do forever, should she choose to (hey, I want that!). A seductive presence, after all, there were 56,000 fans who came out on a school/work night to enjoy a Taylor Swift concert. Her music relates to us. We relate to the songs. This was actually a feeling I got on my arms: I got goosebumps during “Long Live”/”New Year’s Day,” which she introduced by talking about how she feels as if we all grew up together. Whether you grew up with Swift’s albums, or mark her releases along with times of your lives, or if you just heard a Swift song and are all in, if you’re fan, you understand her songs. It was awesomely sweet when Swift reflected on her appreciation of fans, no matter how long they’ve loved her music. She also mentioned an adorable Seattle link about one of her cats, who’s named Meredith Grey after the character from Seattle-based TV show, Grey’s Anatomy. 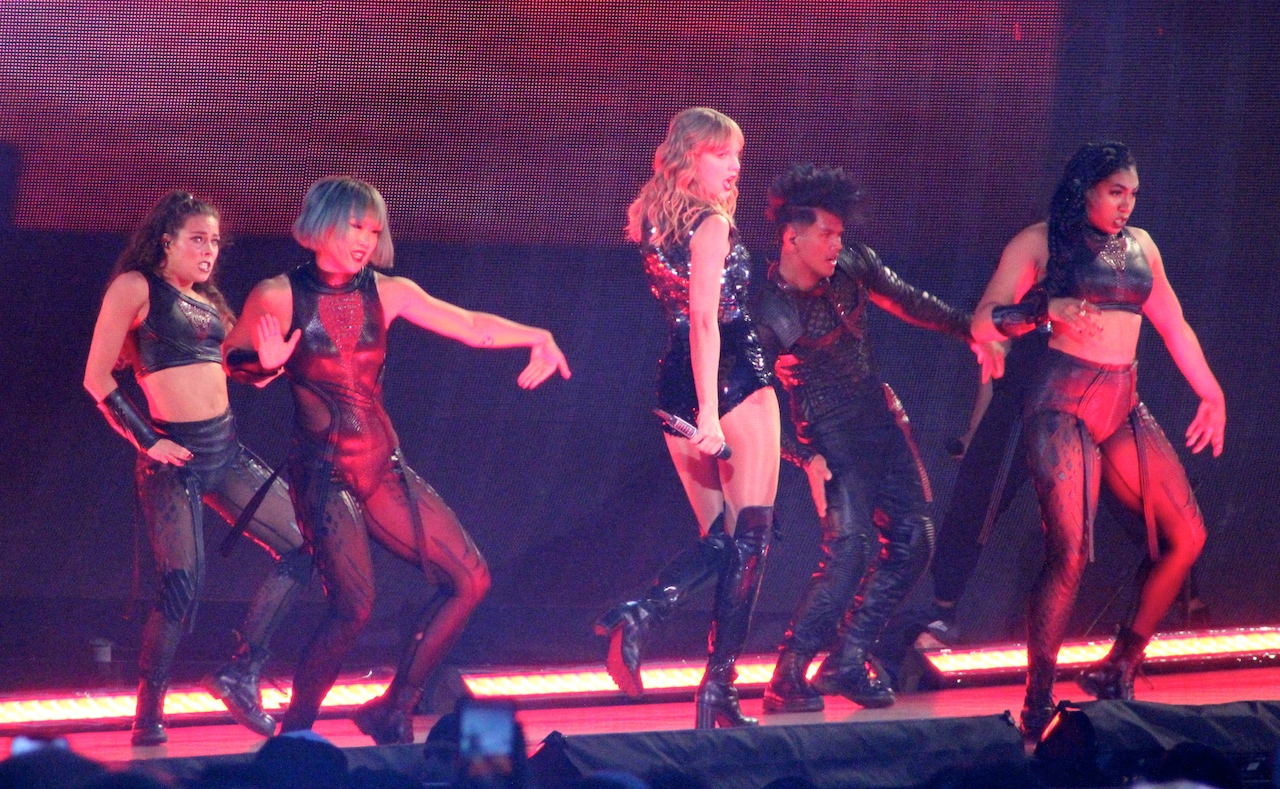 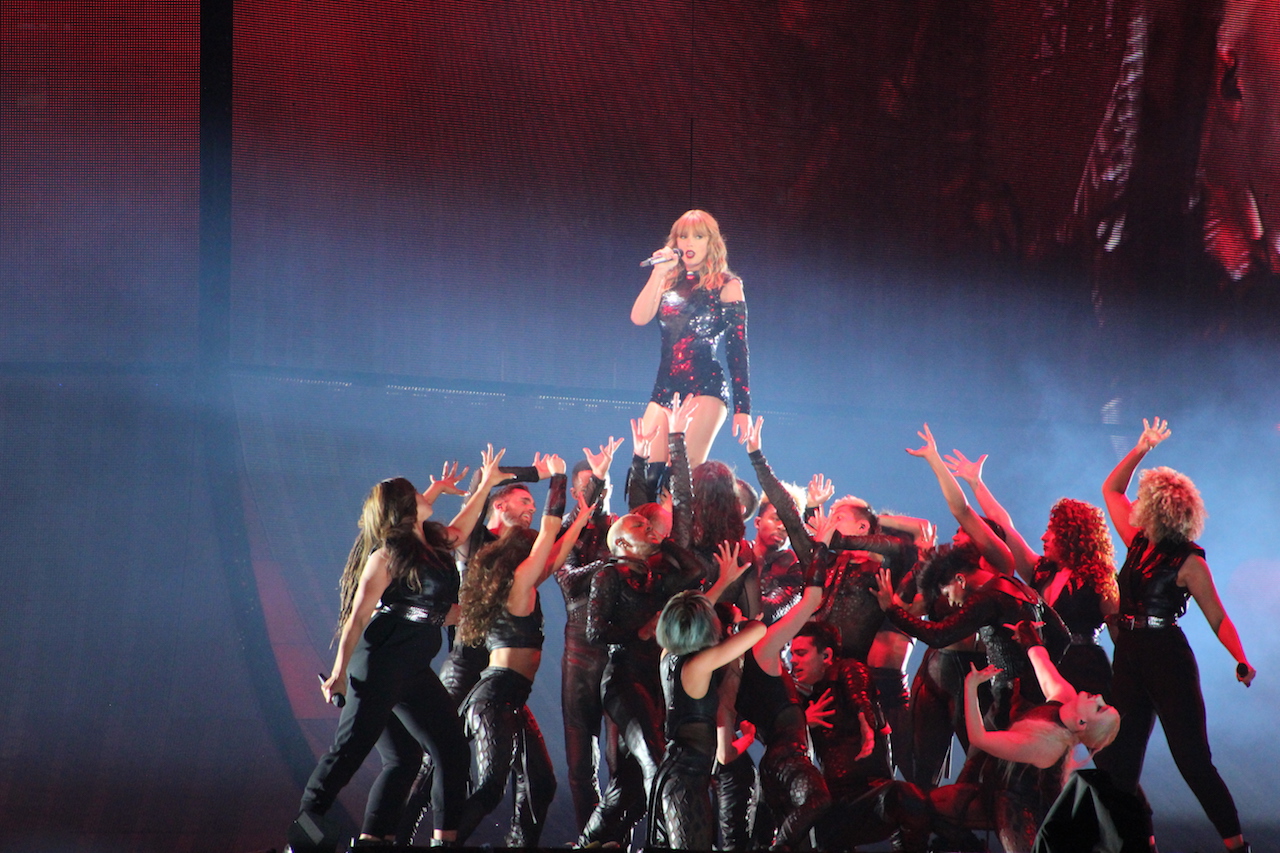 When the giant stage snakes made it out into the audience, my jaw dropped. I honestly think it was marvelous. And the setlist offered seamless flows of songs; many from her most recent and excellent albums, Reputation and 1989. Opener Charli XCX popped out to sing along during “Shake It Off,” while “Don’t Blame Me” and “Dress” were also slinky highlights. I also adored “Blank Space,” and that fabulous showstopper, a mashup of “We Are Never Ever Getting Back Together”/”This Is Why We Can’t Have Nice Things.” I missed “Look What You Made Me Do” because of venue camera policies (cameras had to be taken off premises), but I am certain I would have loved that (hint: the snakes!!). I’m not complaining, just excusing what I think would be a bizarre omission in any review. “Getaway Car” filled the arena, and giant screens in the middle and on both sides of the stage let us see closer up, giving us great views of Swift’s expressions and outfits. Every audience received a bracelet, which was programmed to change colors along with the songs. This was the first time I’d been at a show with this brilliant touch. Via the lights, Swift told us she could see all of us. And we loved to see Swift! 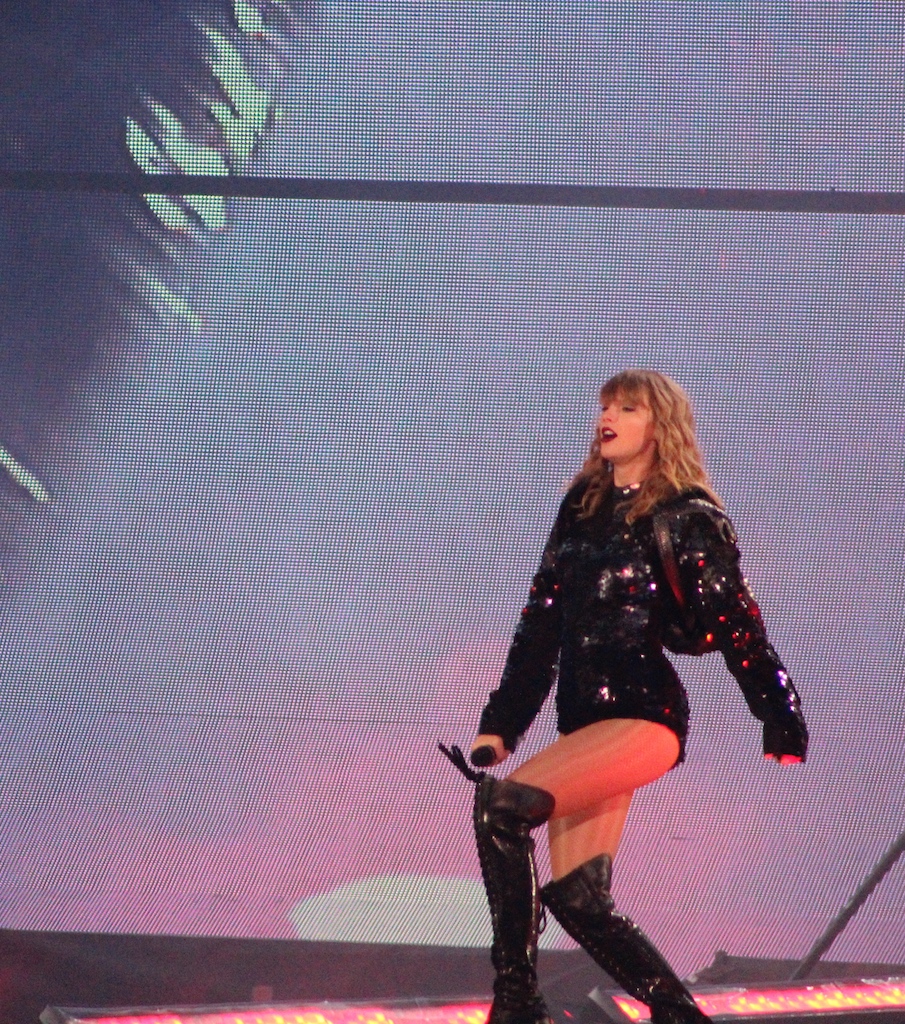 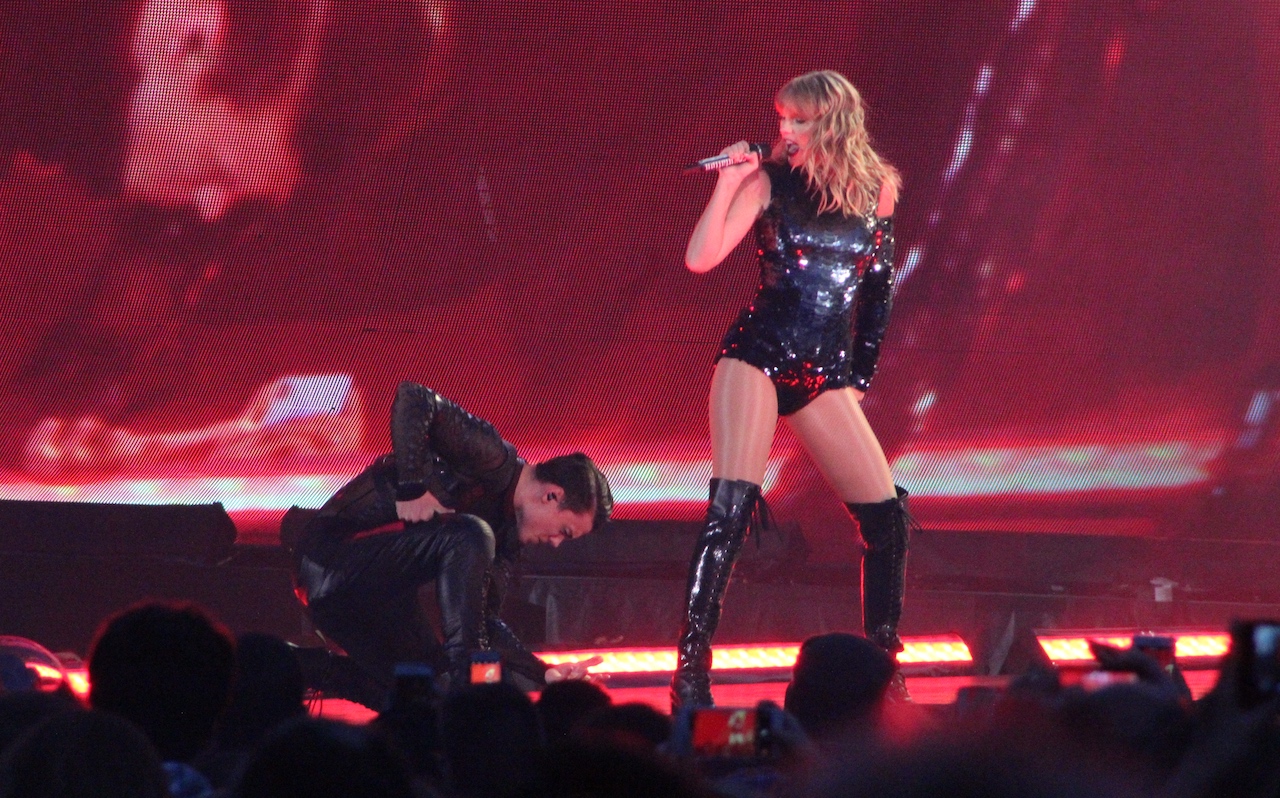 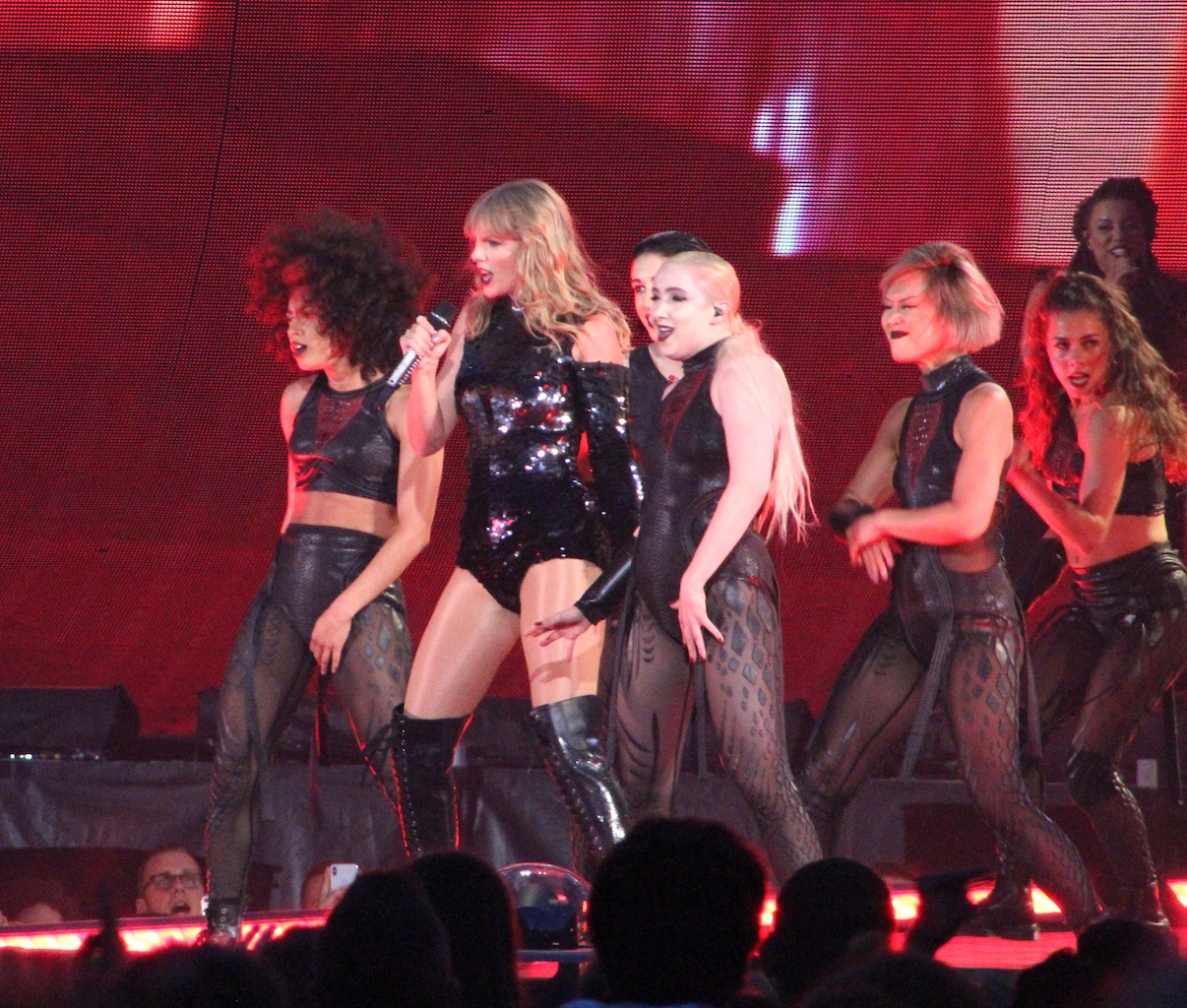 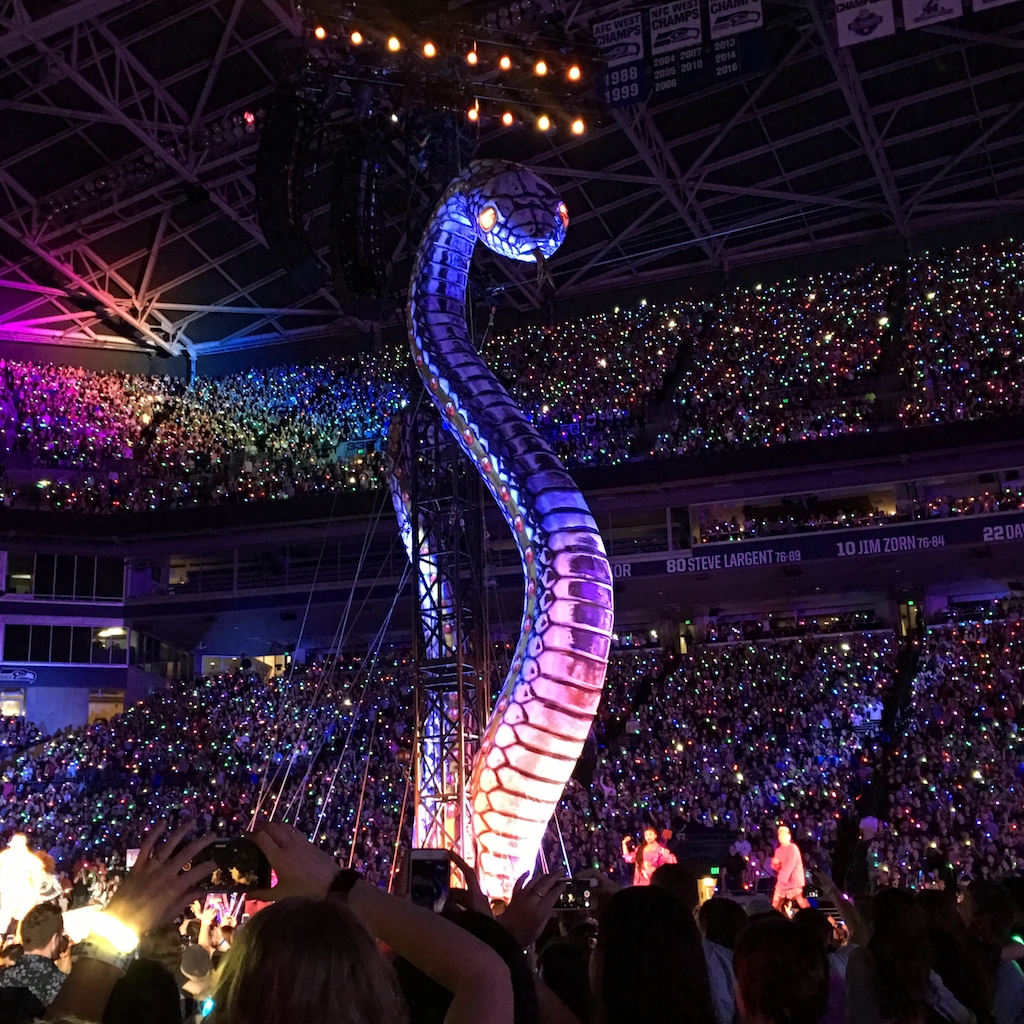 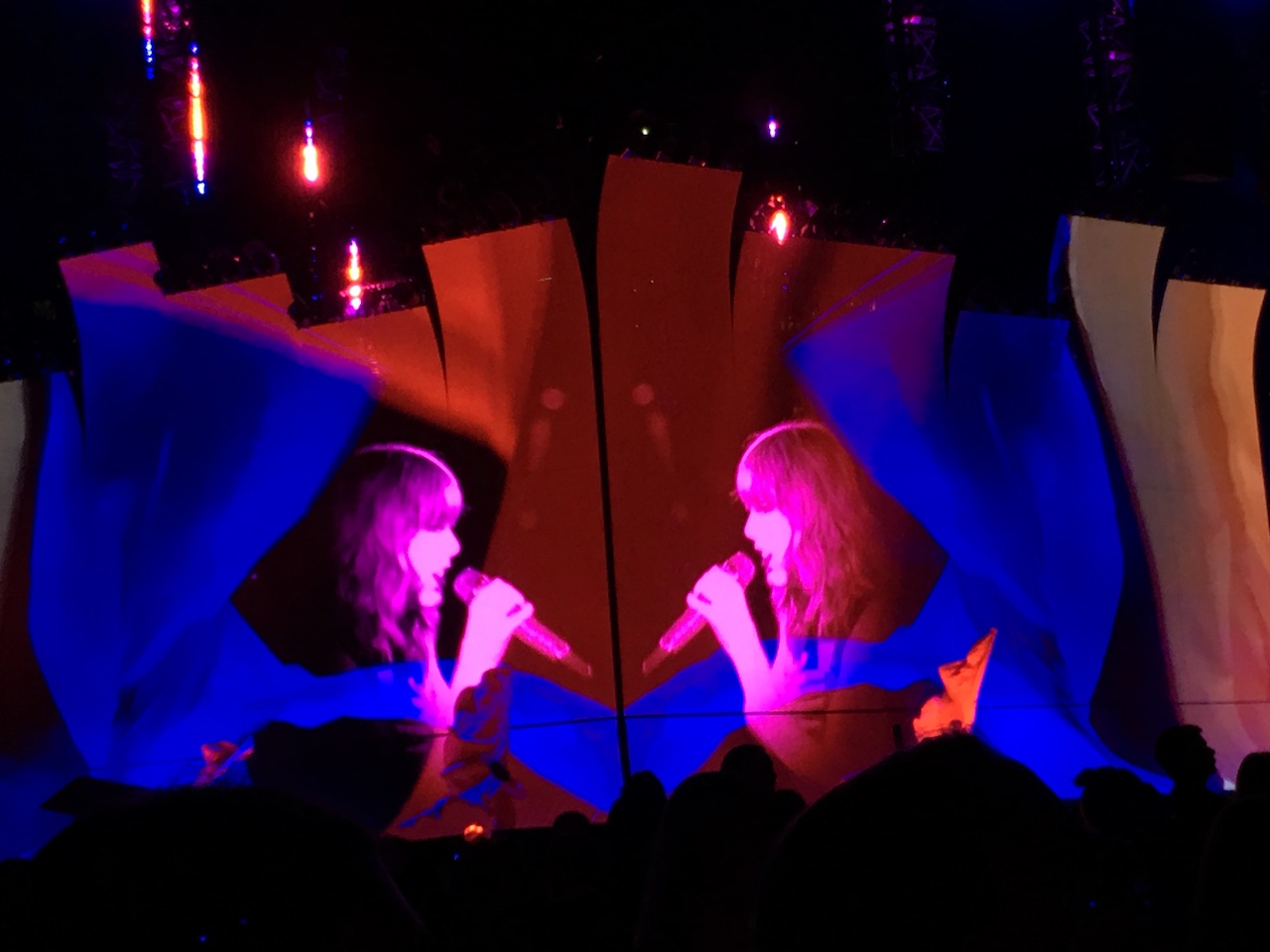 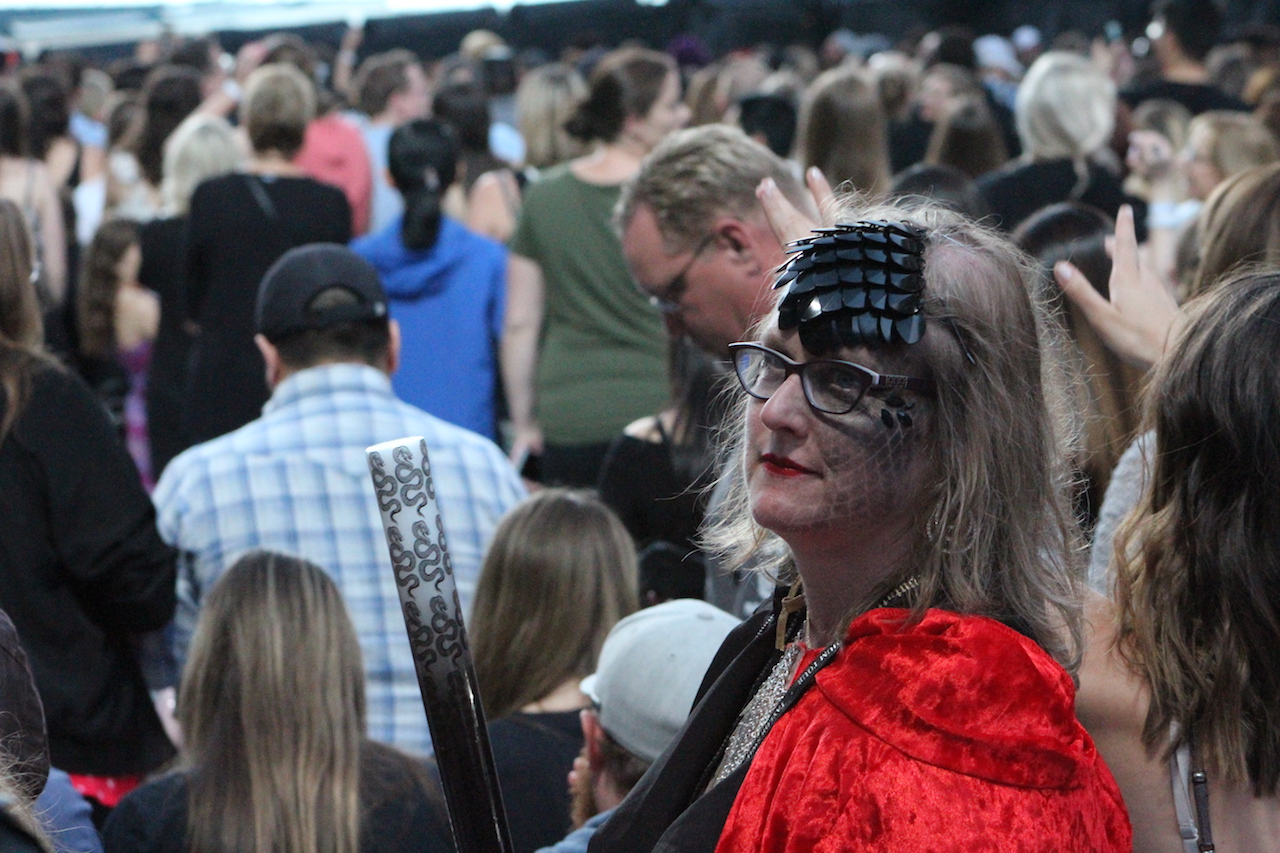 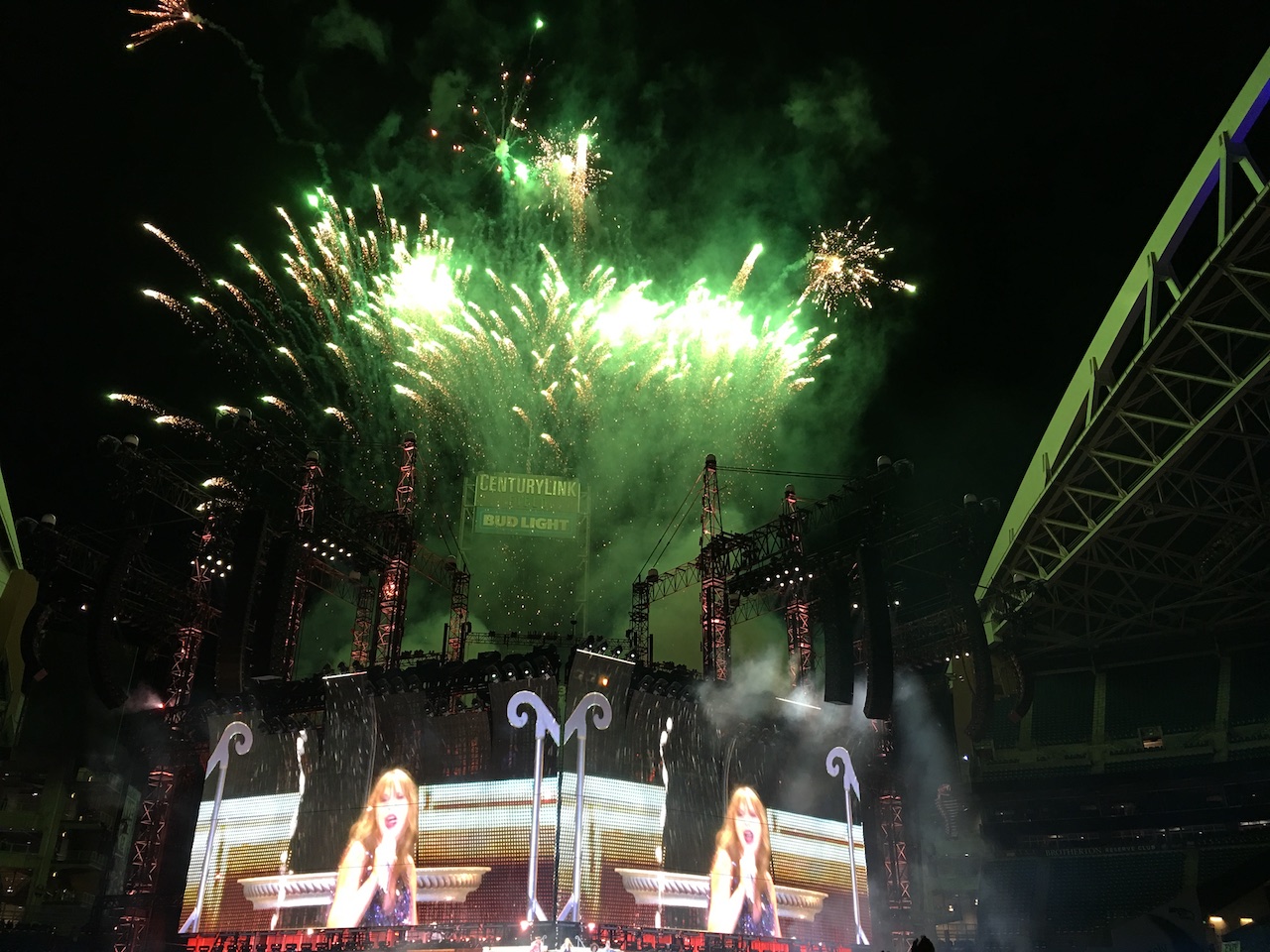 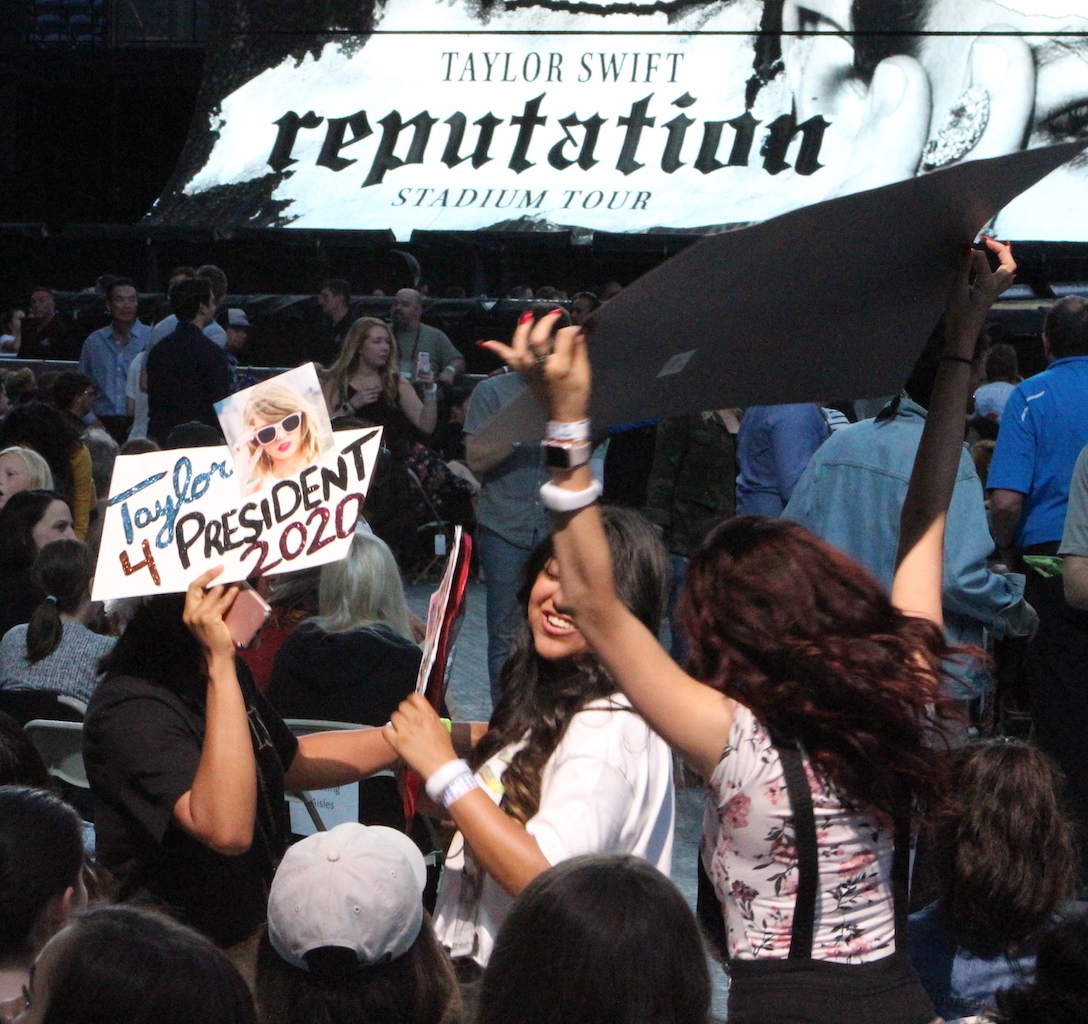 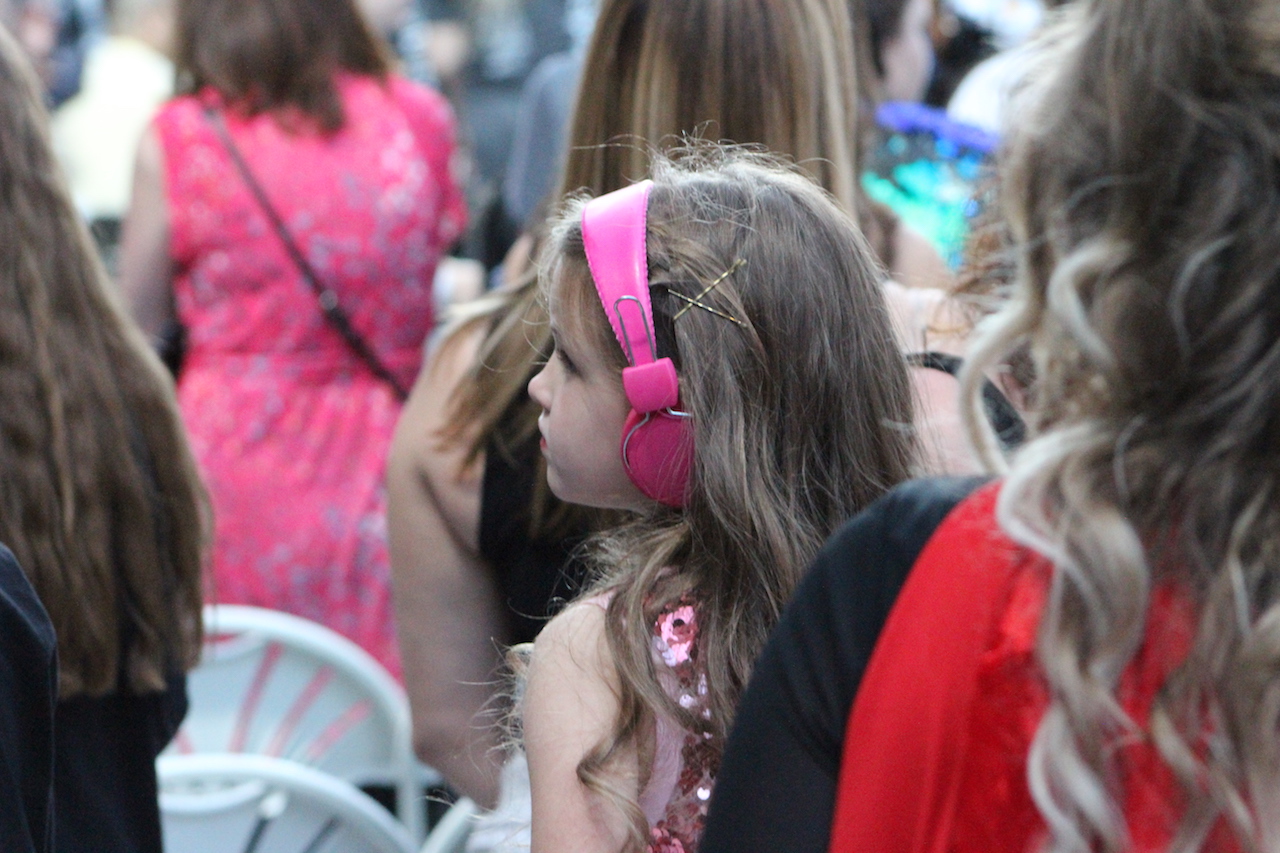 …Ready for It? – Reputation
I Did Something Bad – Reputation
Gorgeous – 1989
Style/Love Story/You Belong With Me – 1989/Fearless/Fearless