Country singer-songwriter Jade Jackson opened at the Tractor Tavern in support of her debut album, Gilded. She’s on the road with Corey Smith and the show at the Tractor was the second stop of the tour. Jade and her three-member band – Jake Vukovich (bass), Andrew Redel (guitar), Tyler Miller (drums) – played a 45-minute set drawing primarily from material off the new album. Earlier this year, Rolling Stone featured her in their 10 New Country Artists You Need to Know column. Jade and the guys took a few minutes after their set for photos below the lights on Ballard Ave. 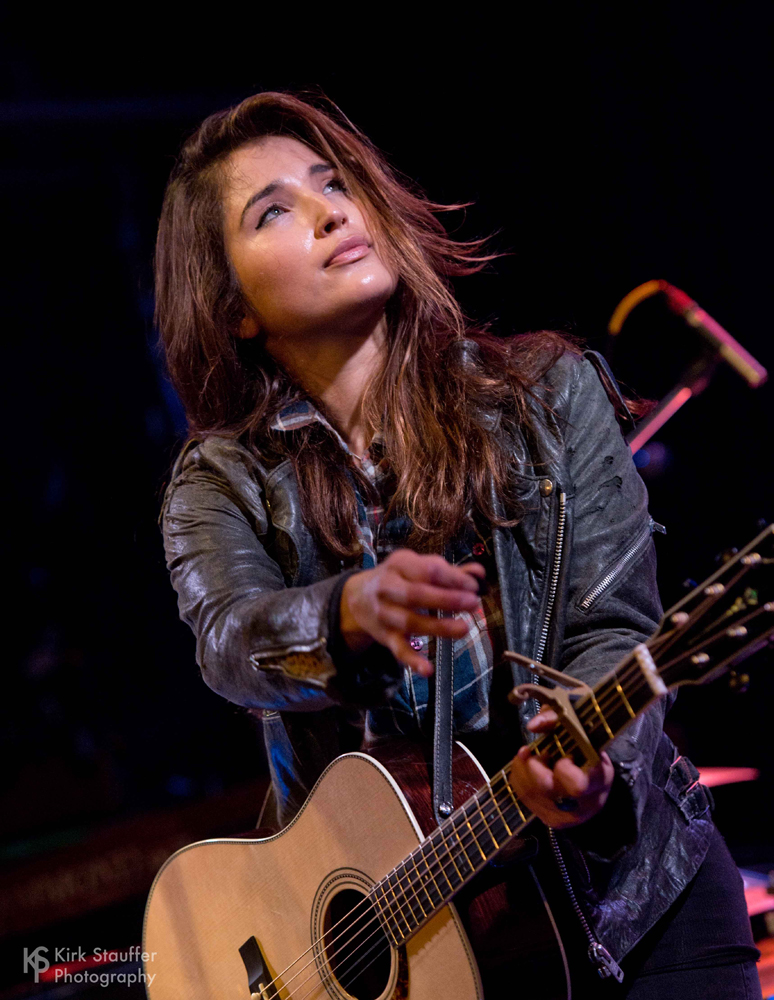 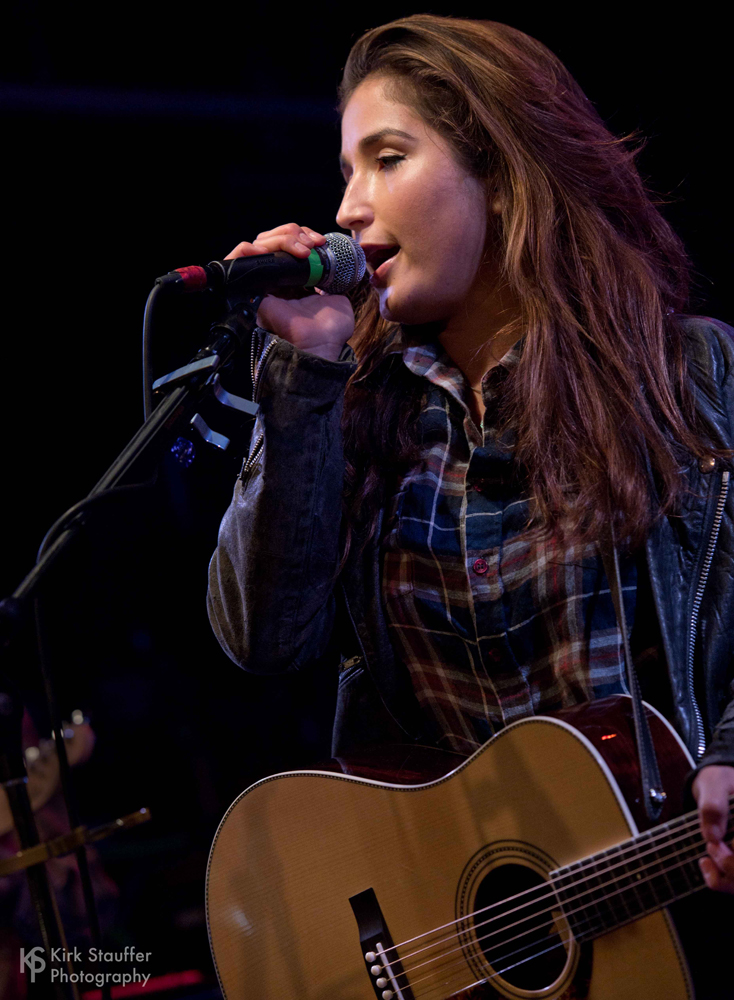 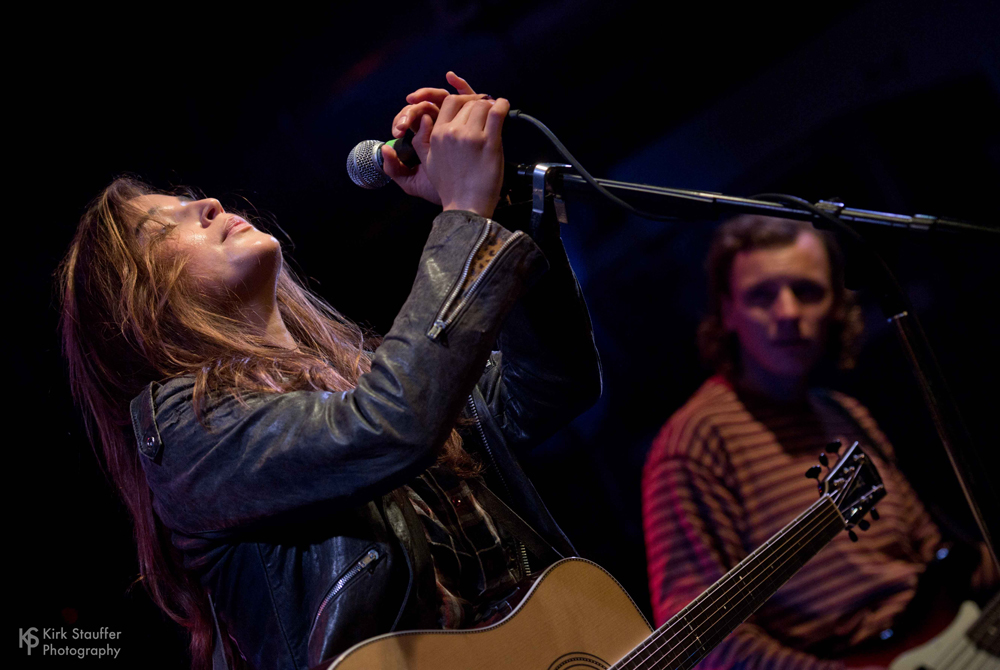 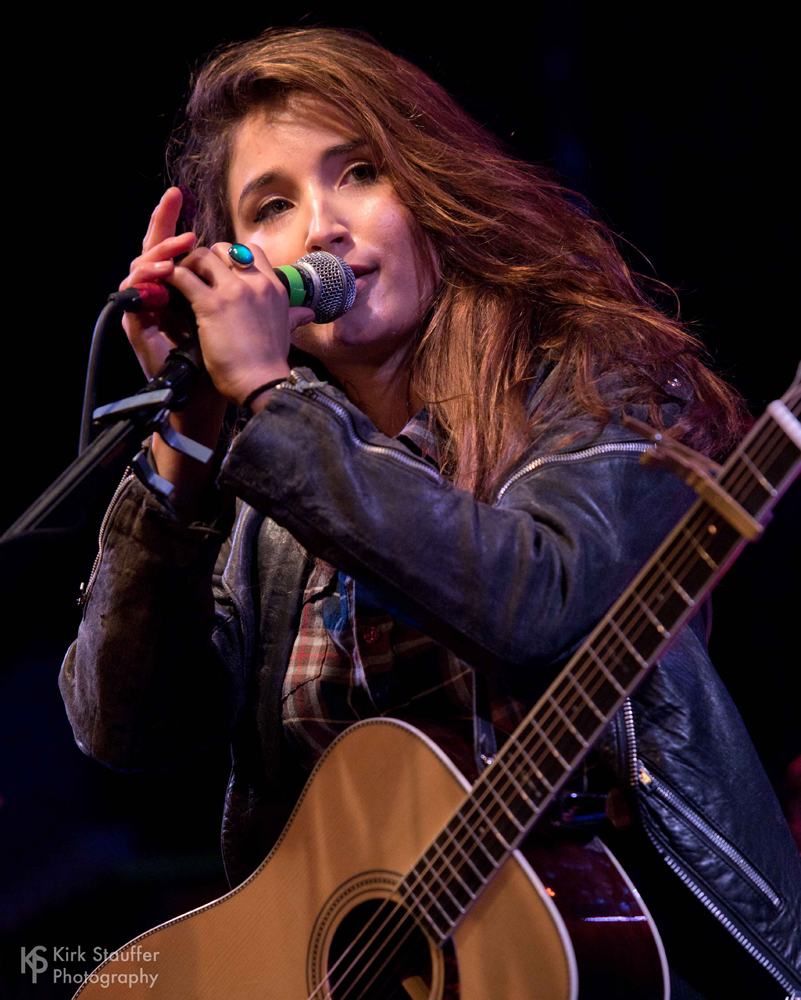 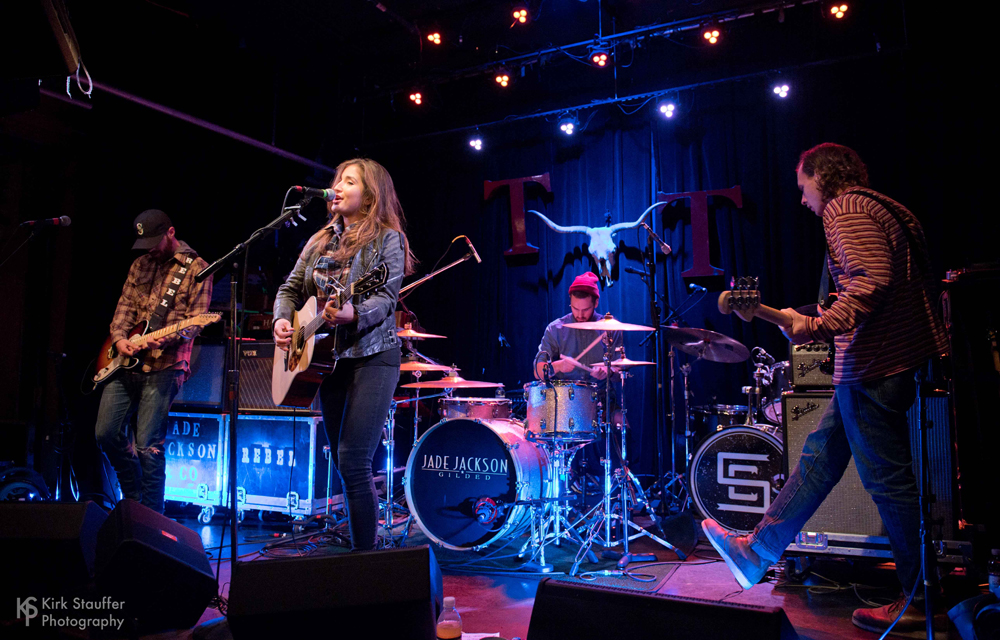 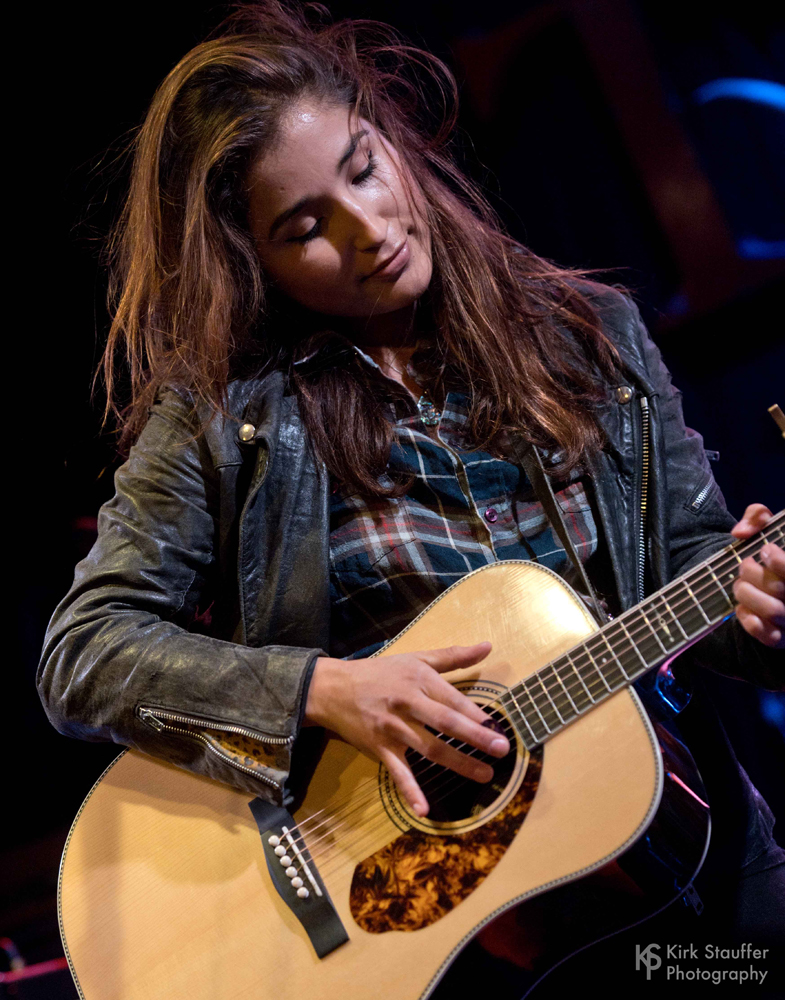 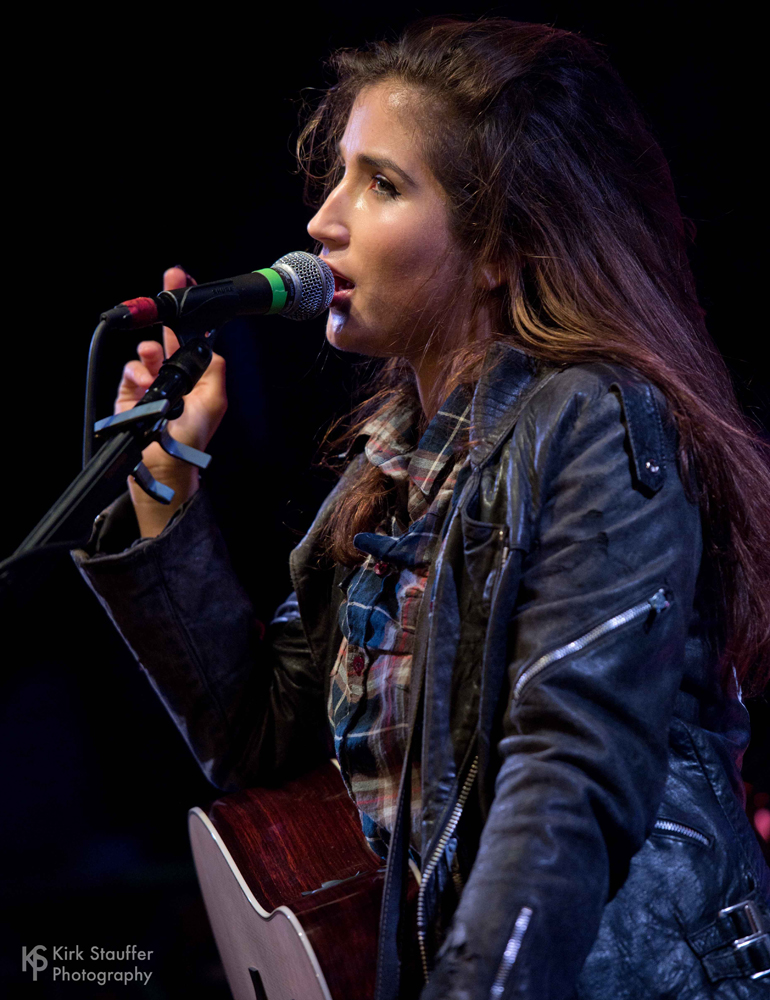 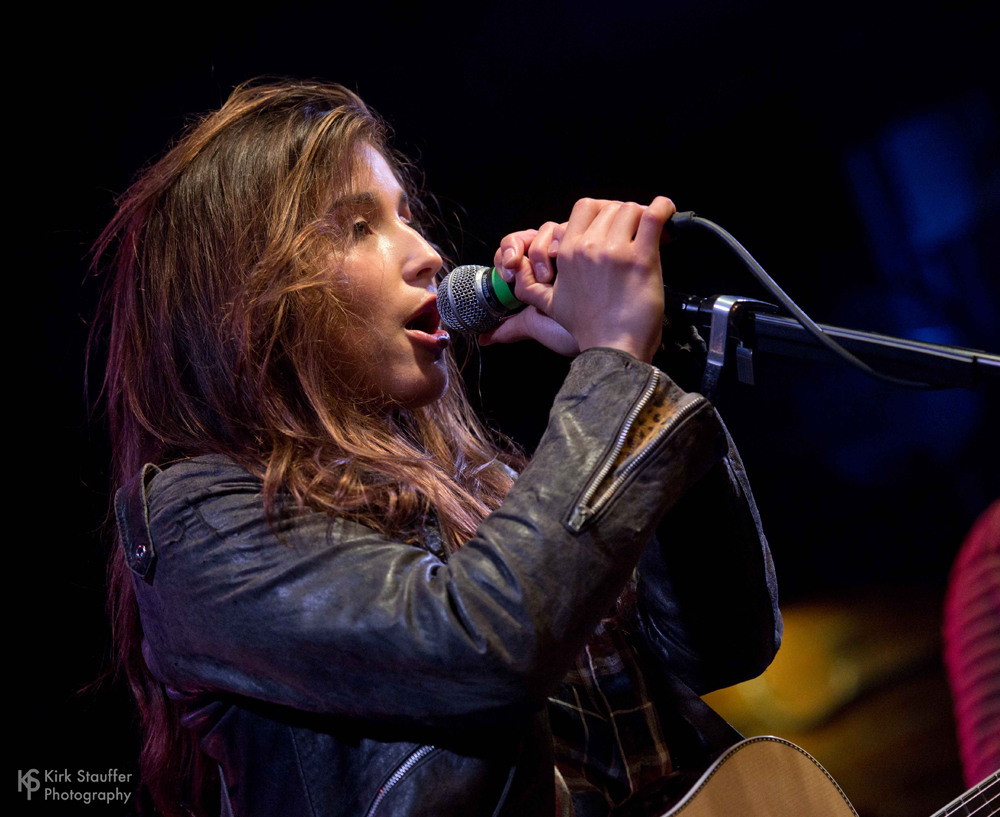 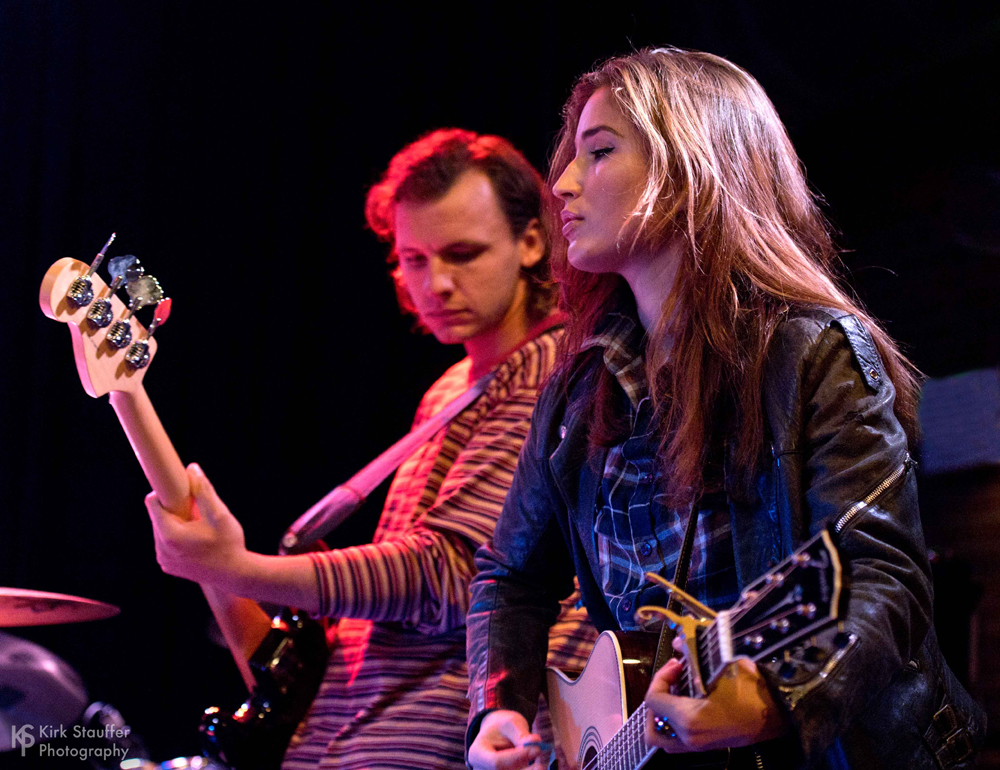 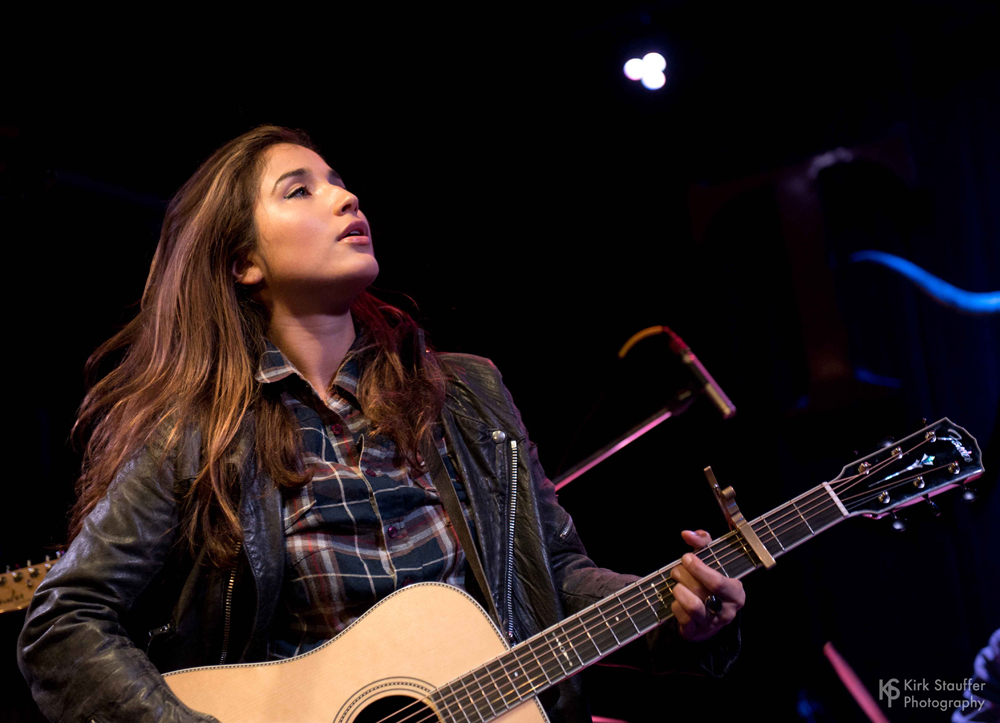 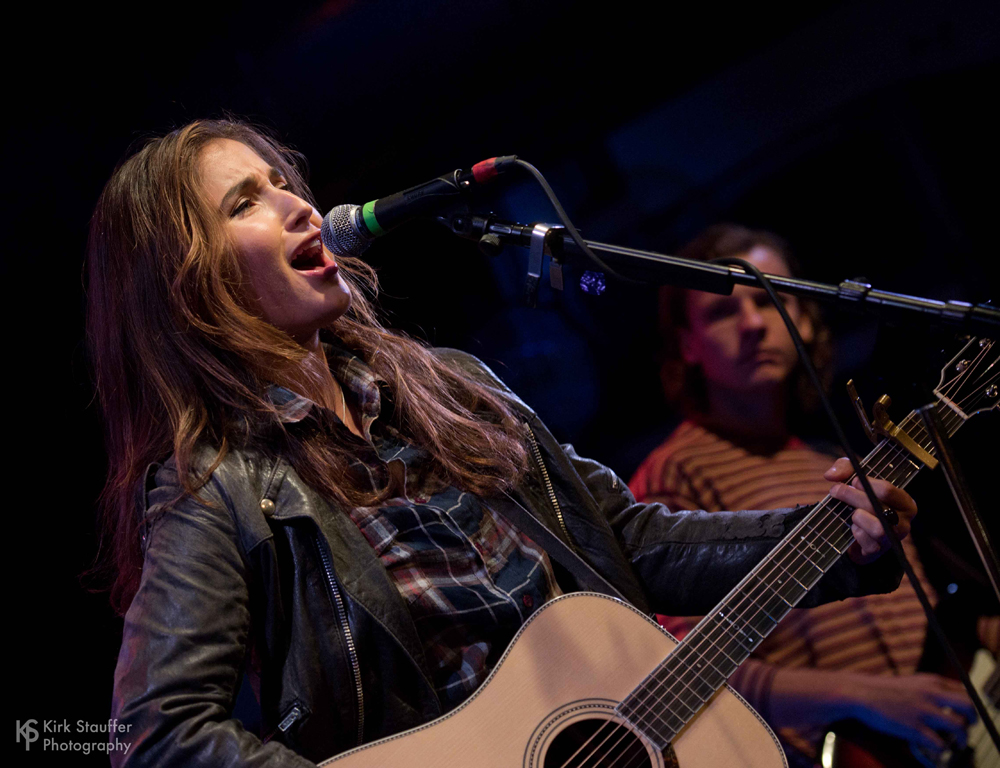 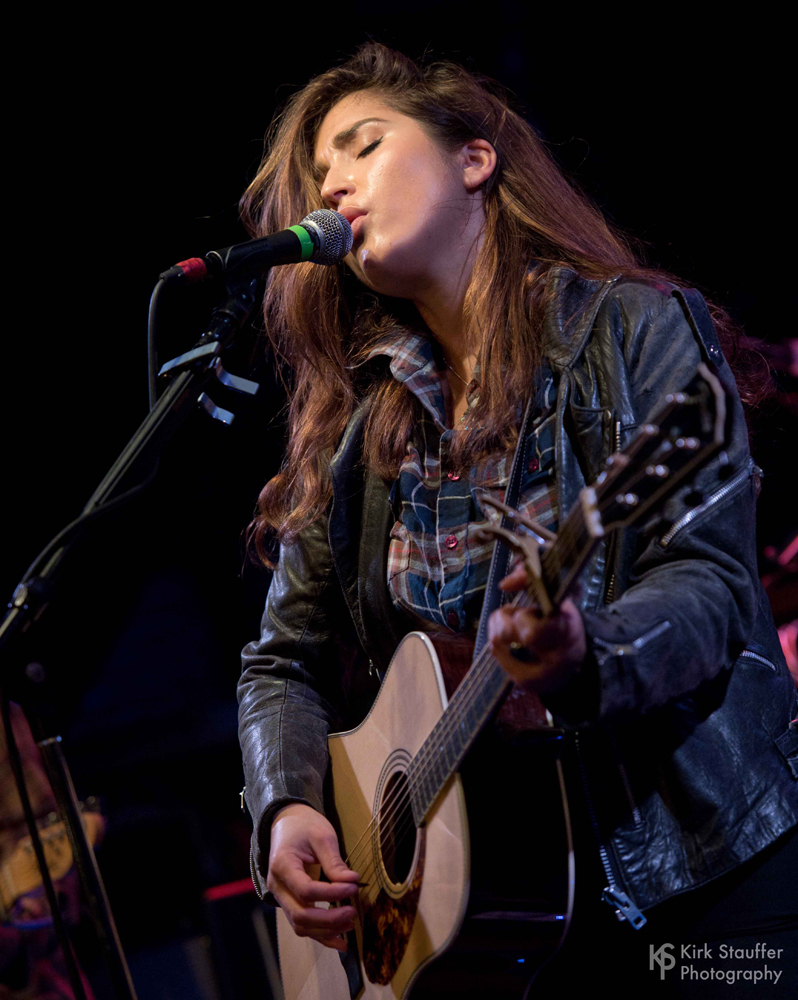 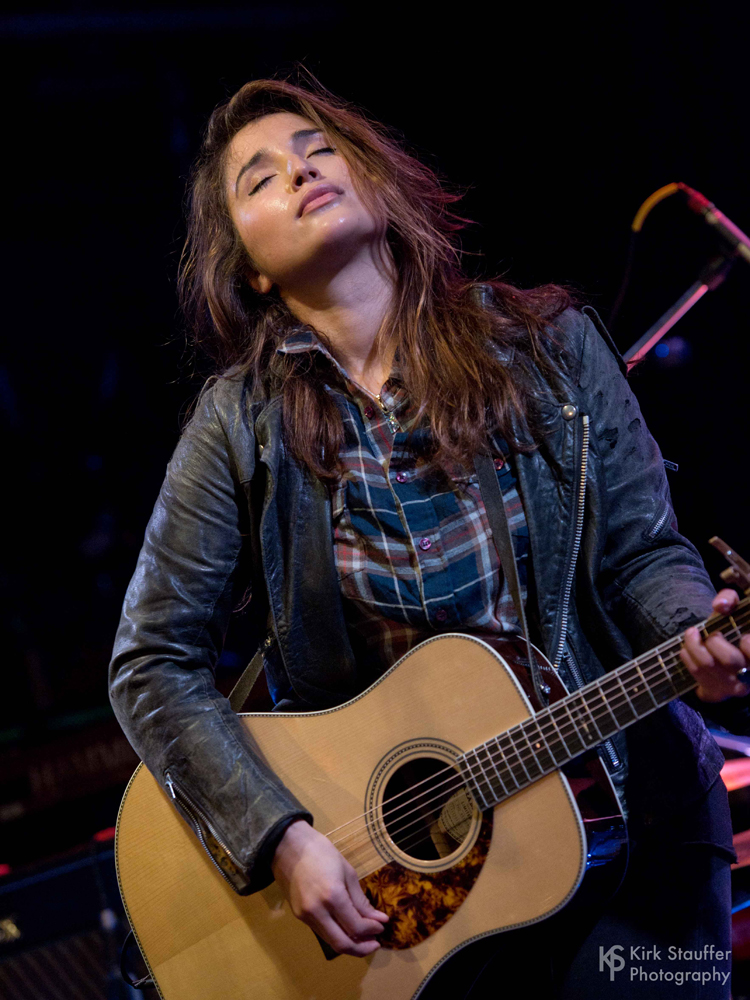 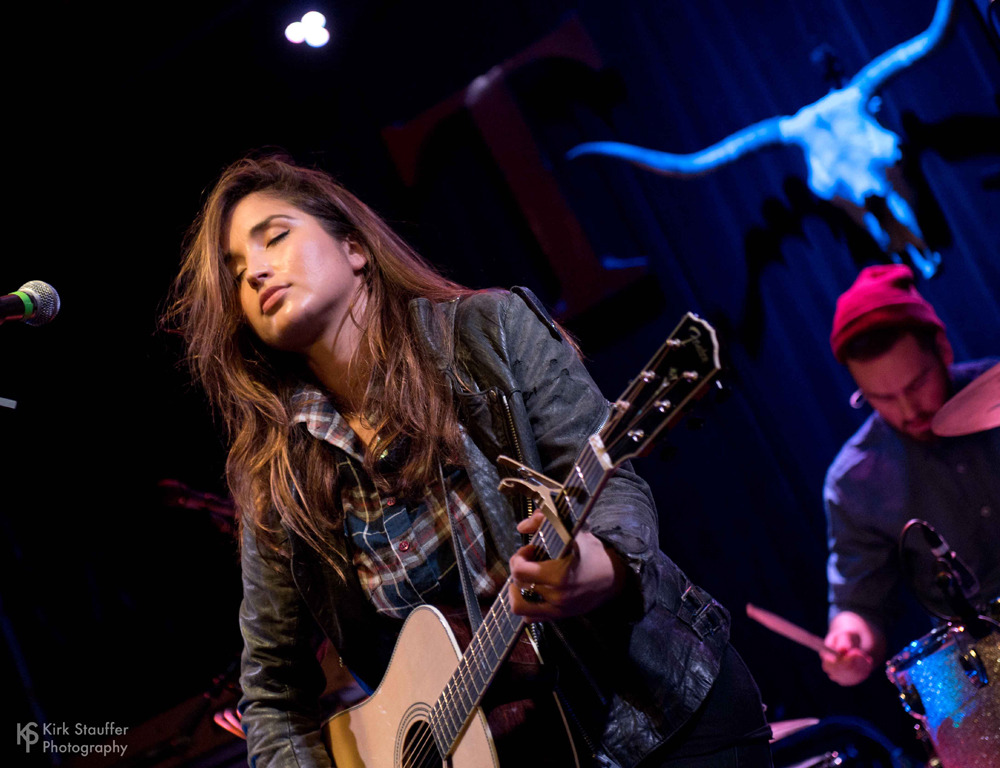 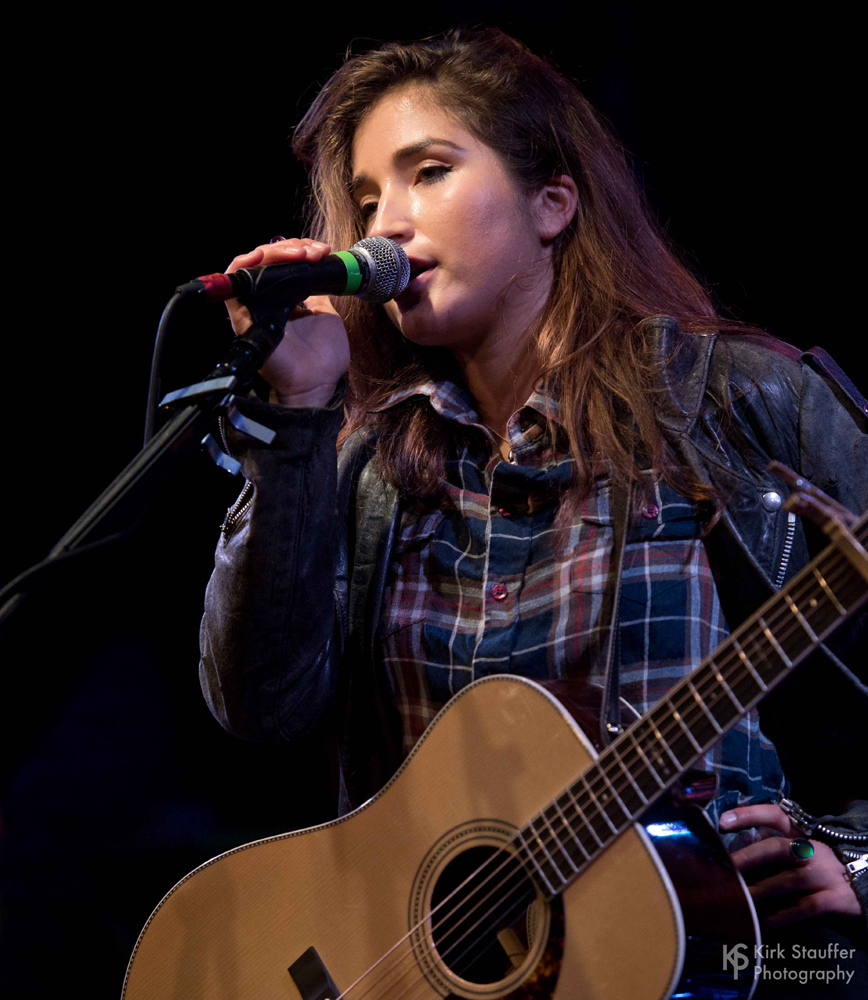 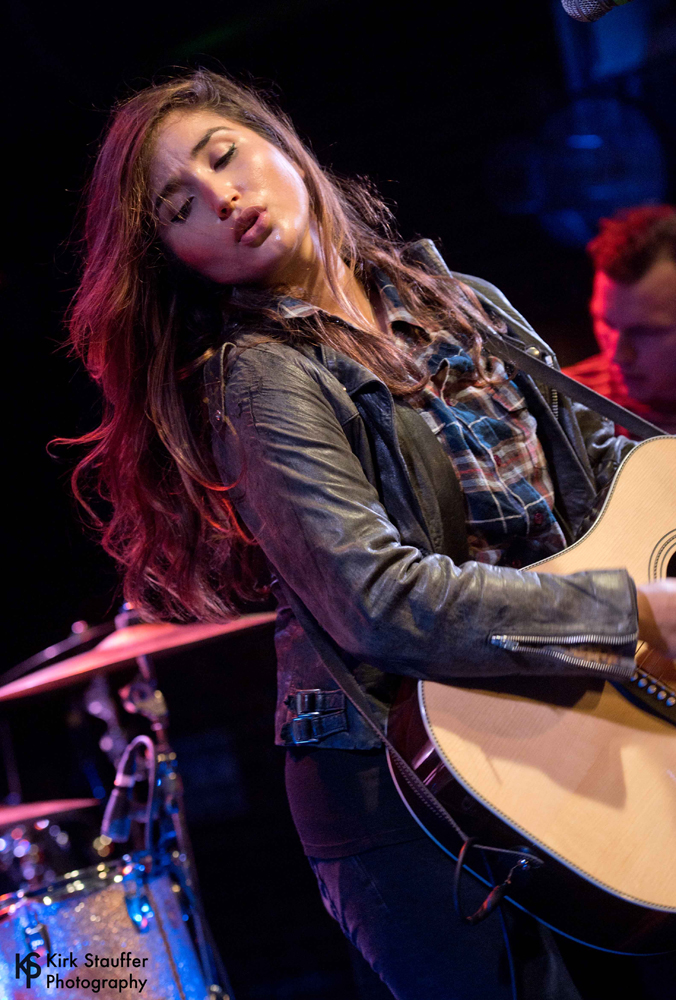 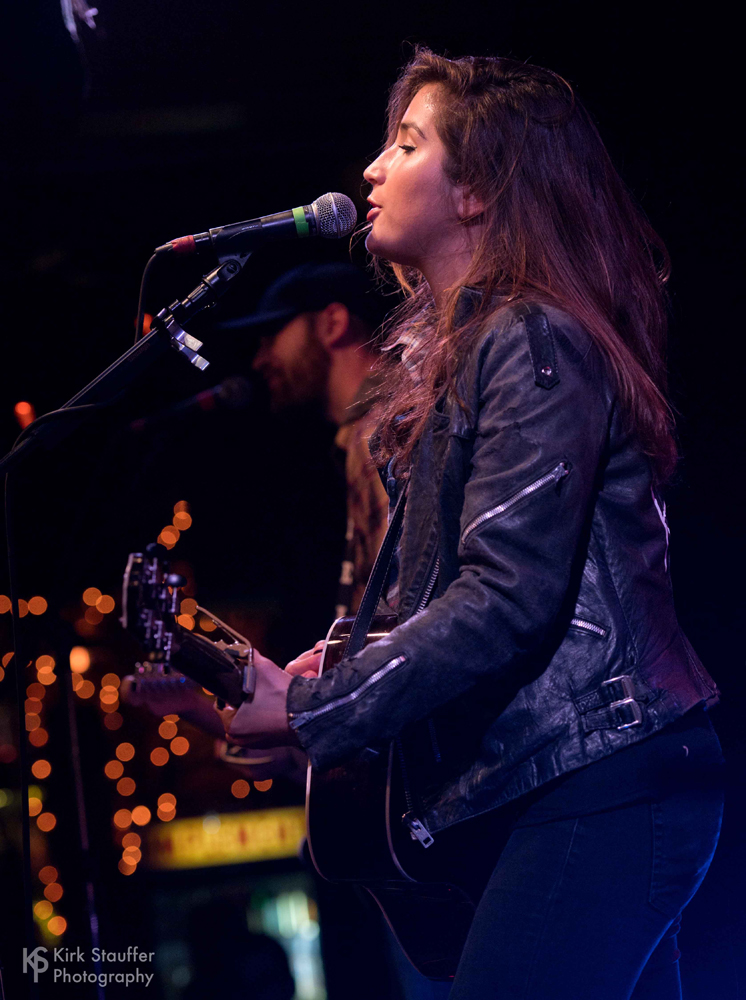 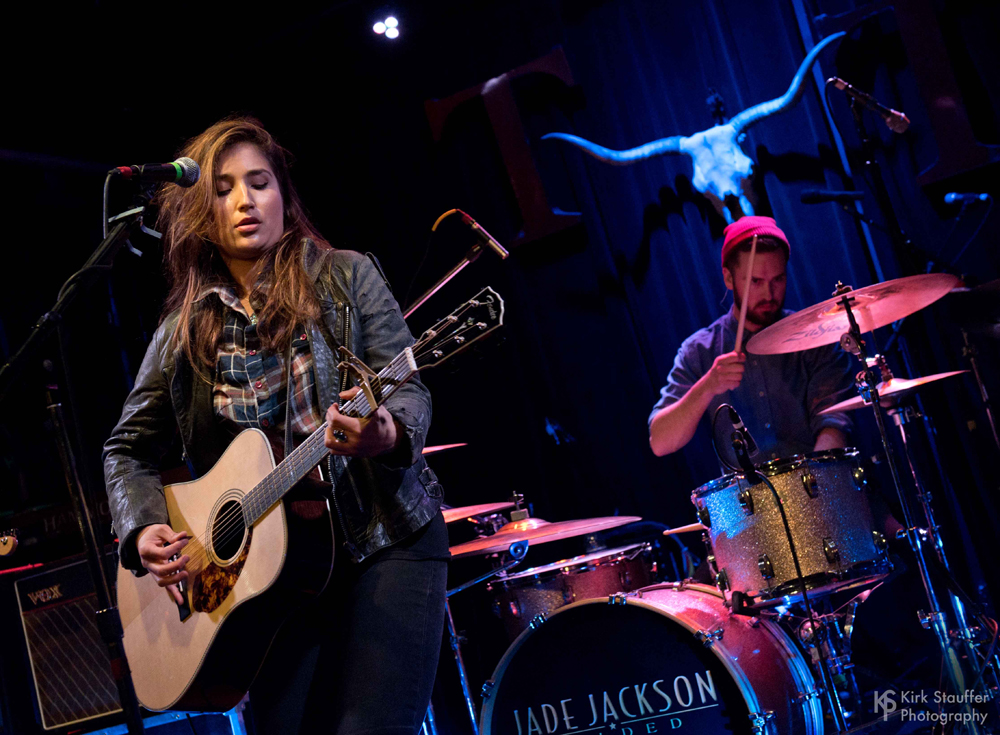 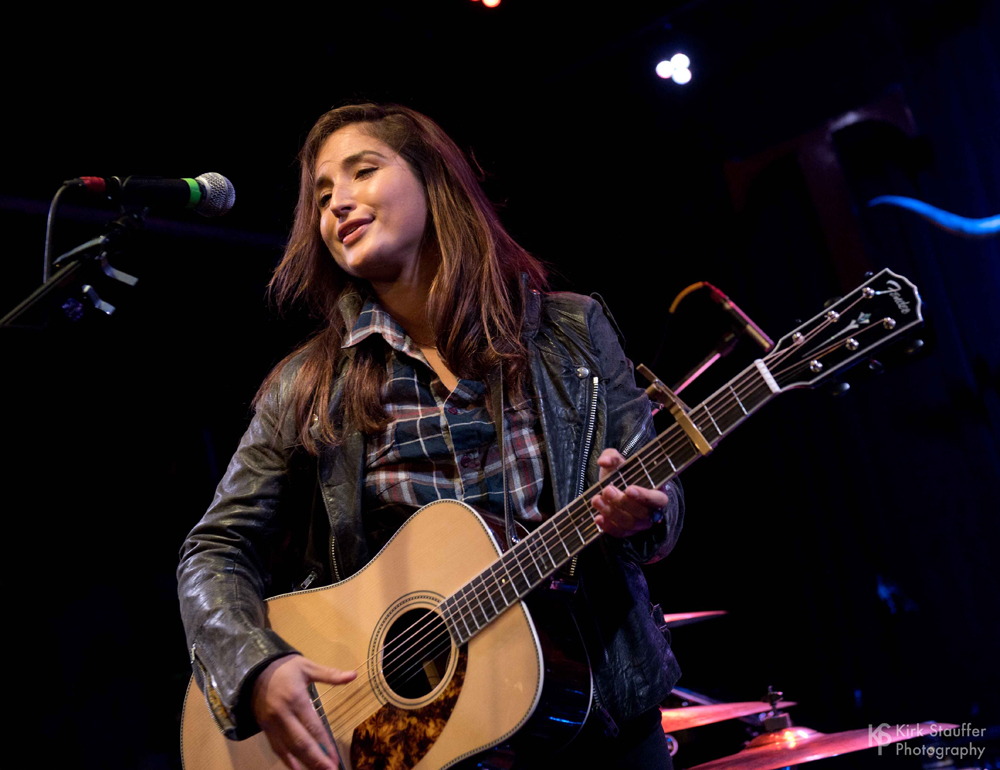 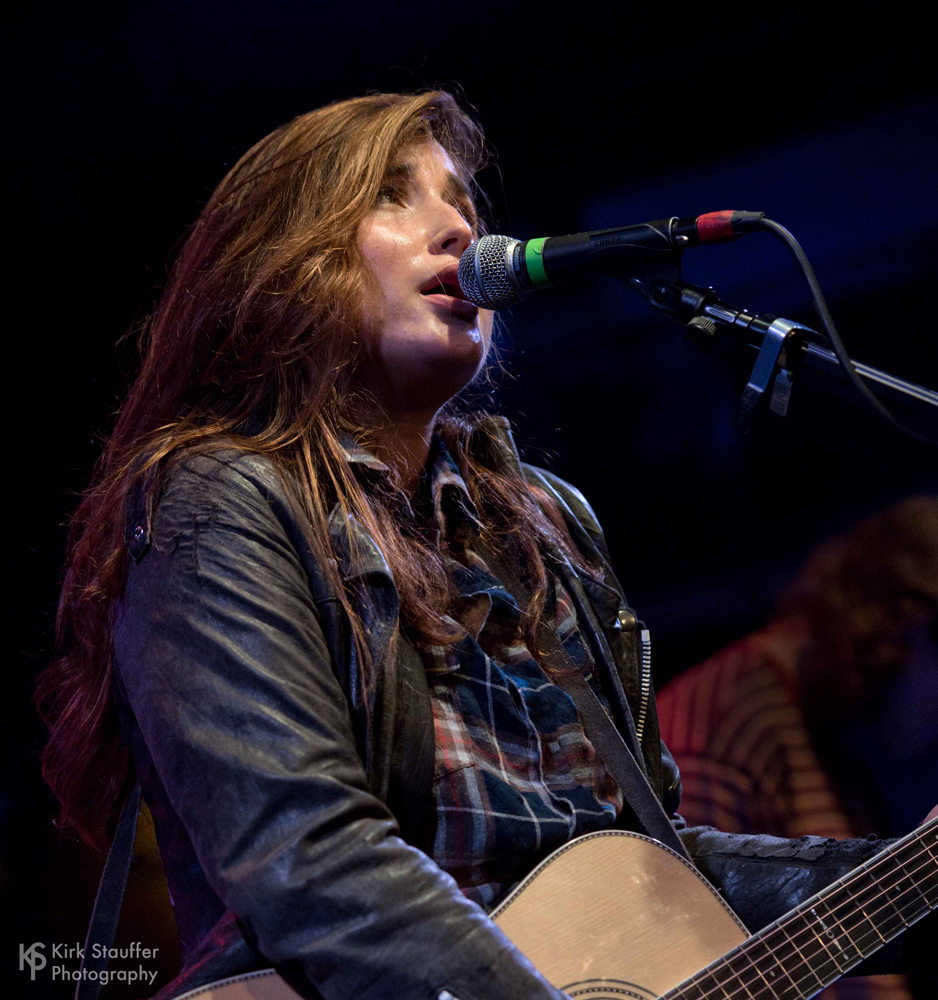 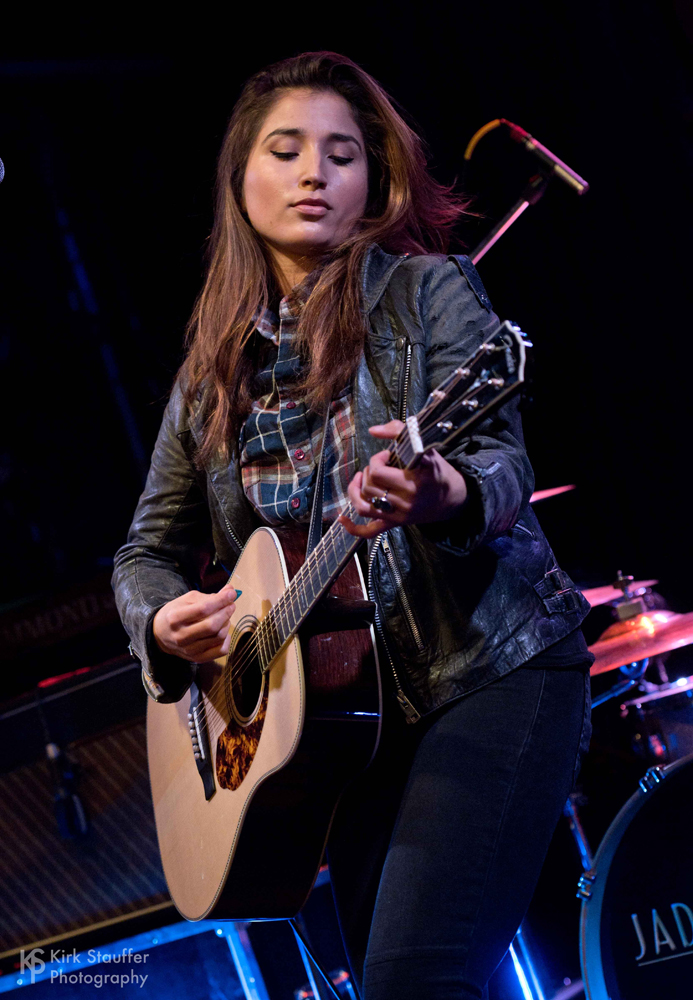 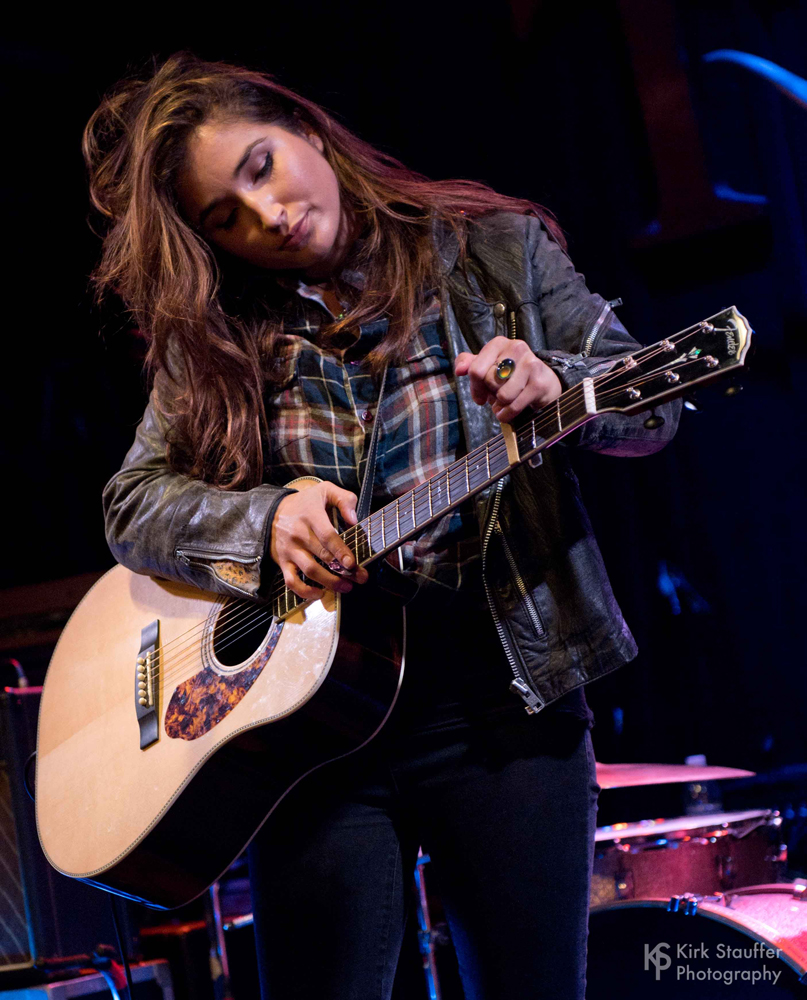 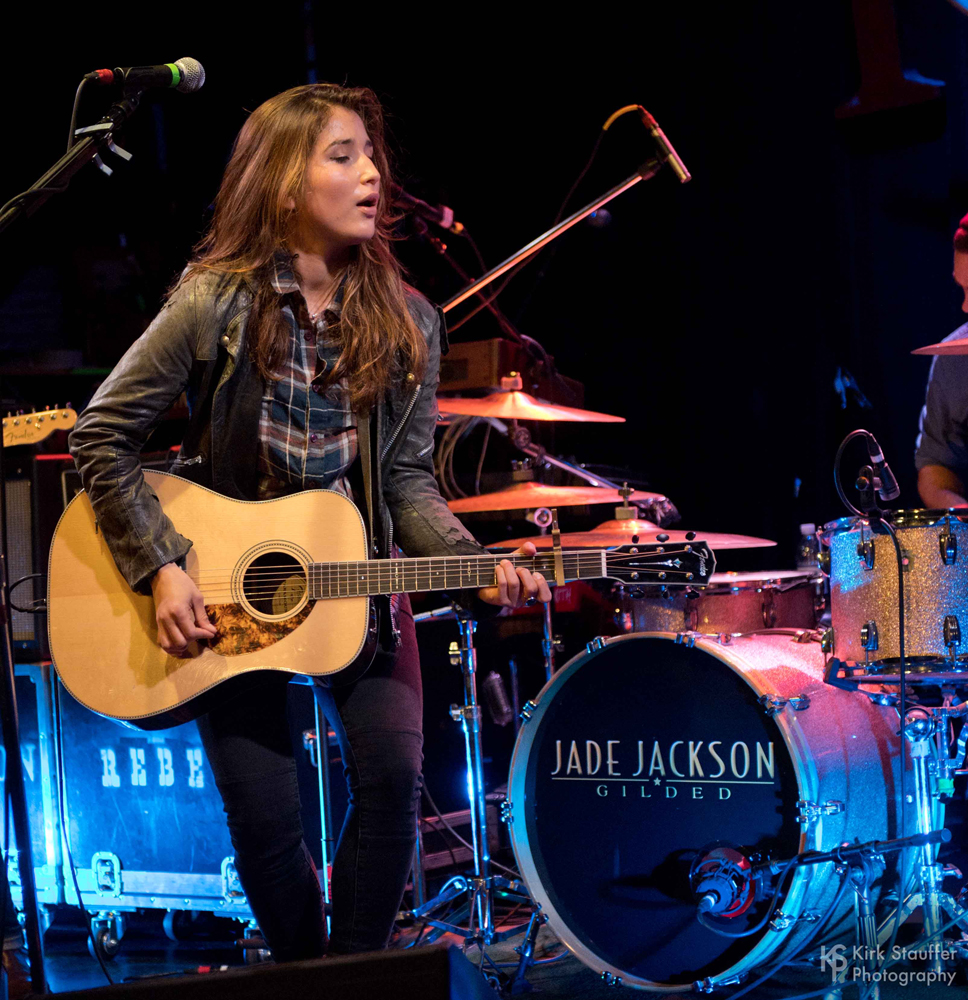 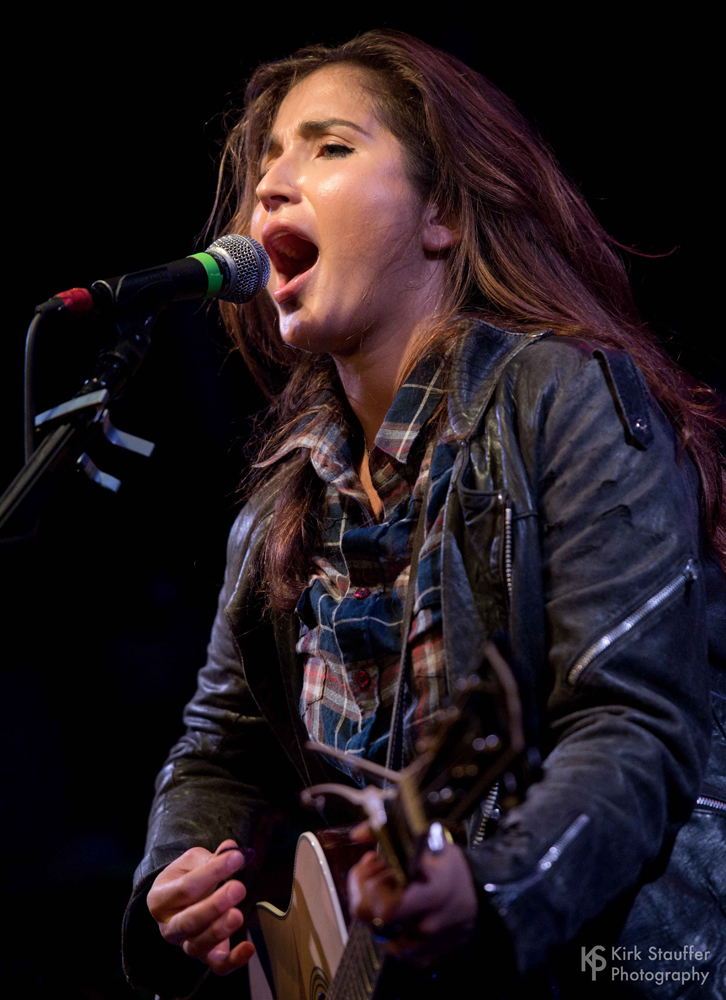 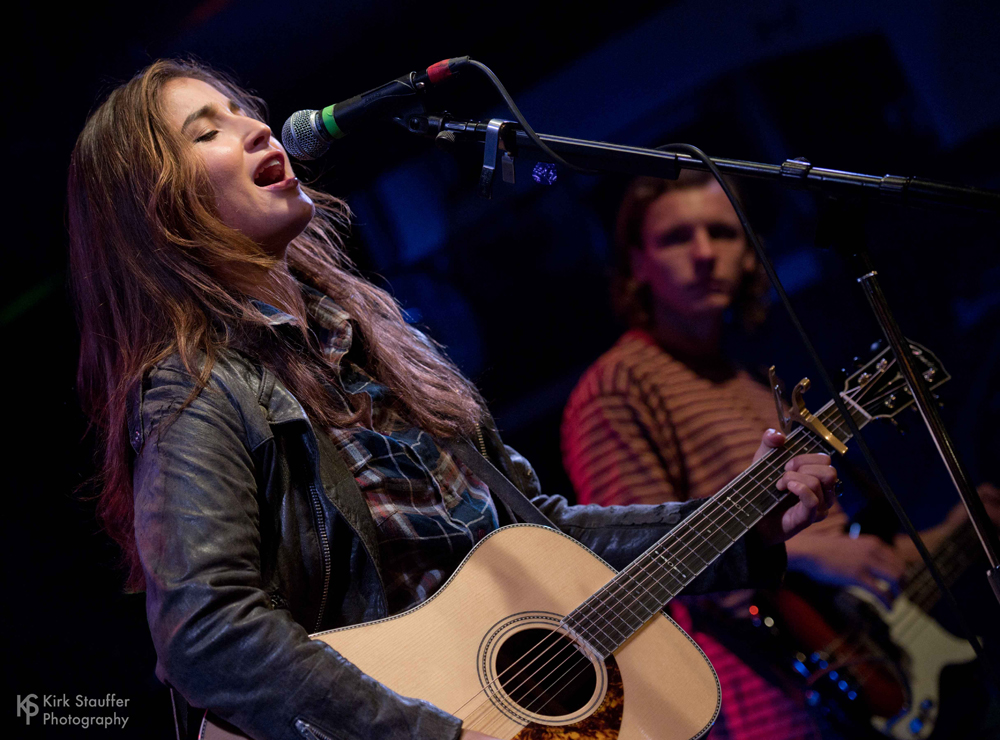 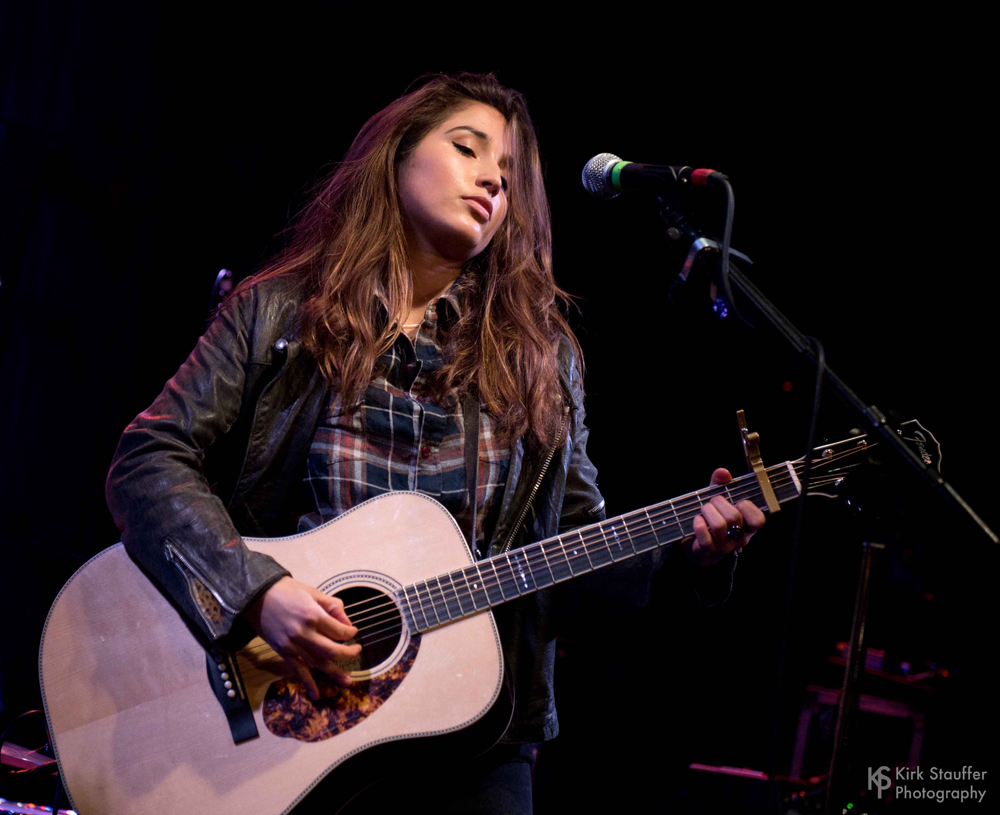 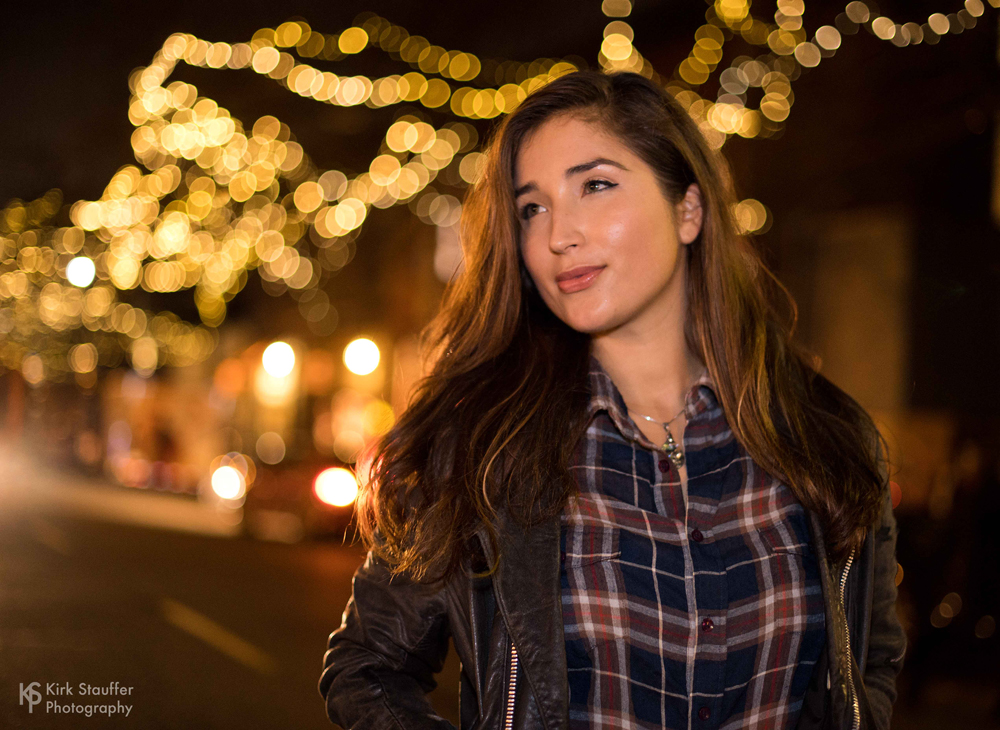 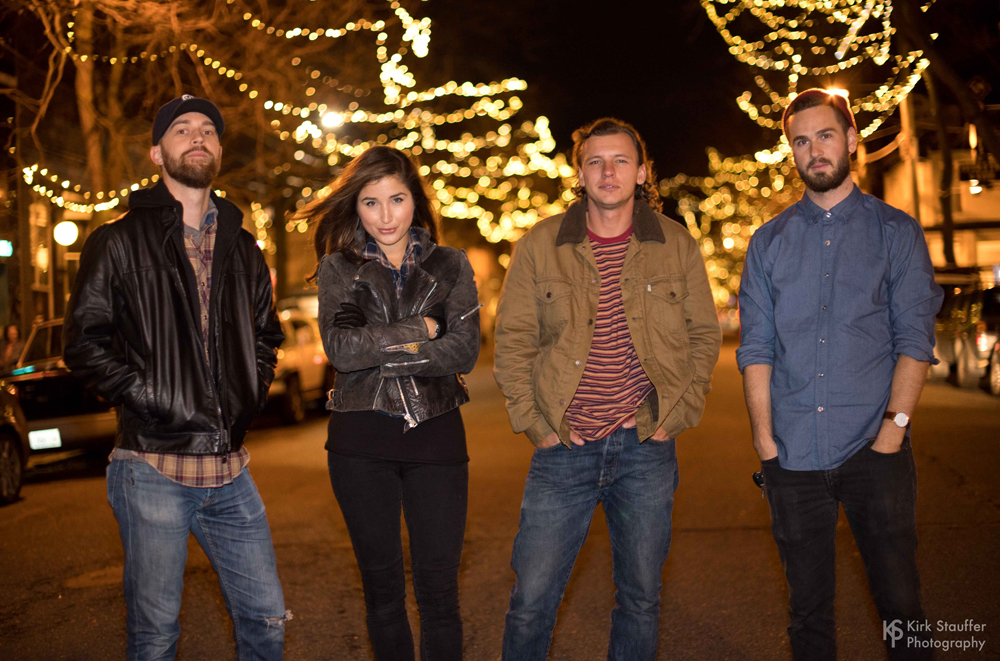 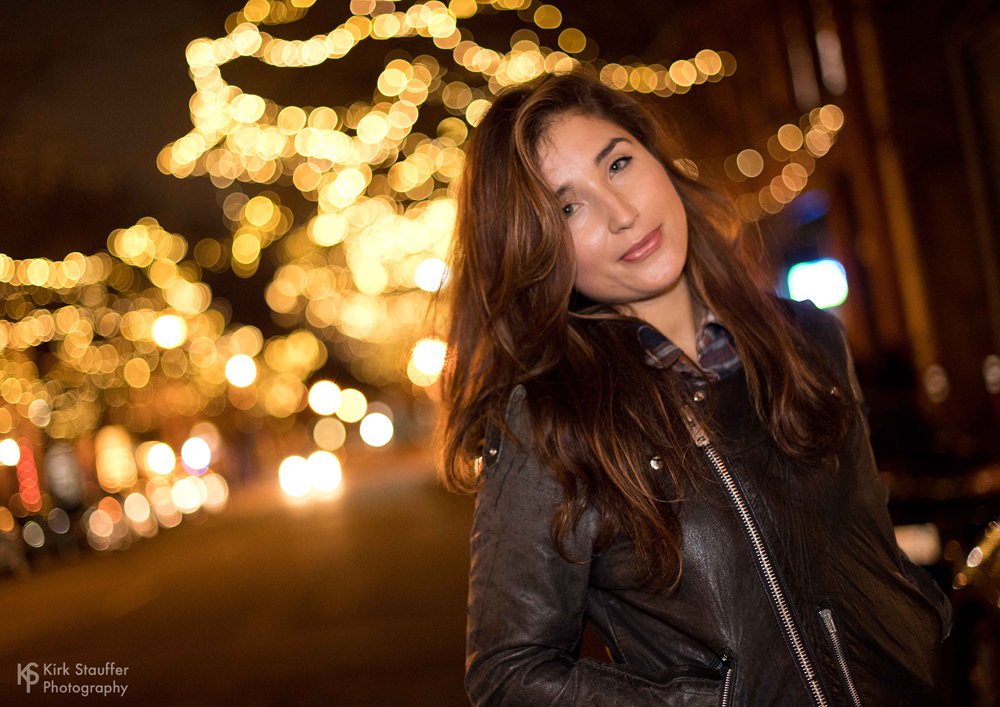