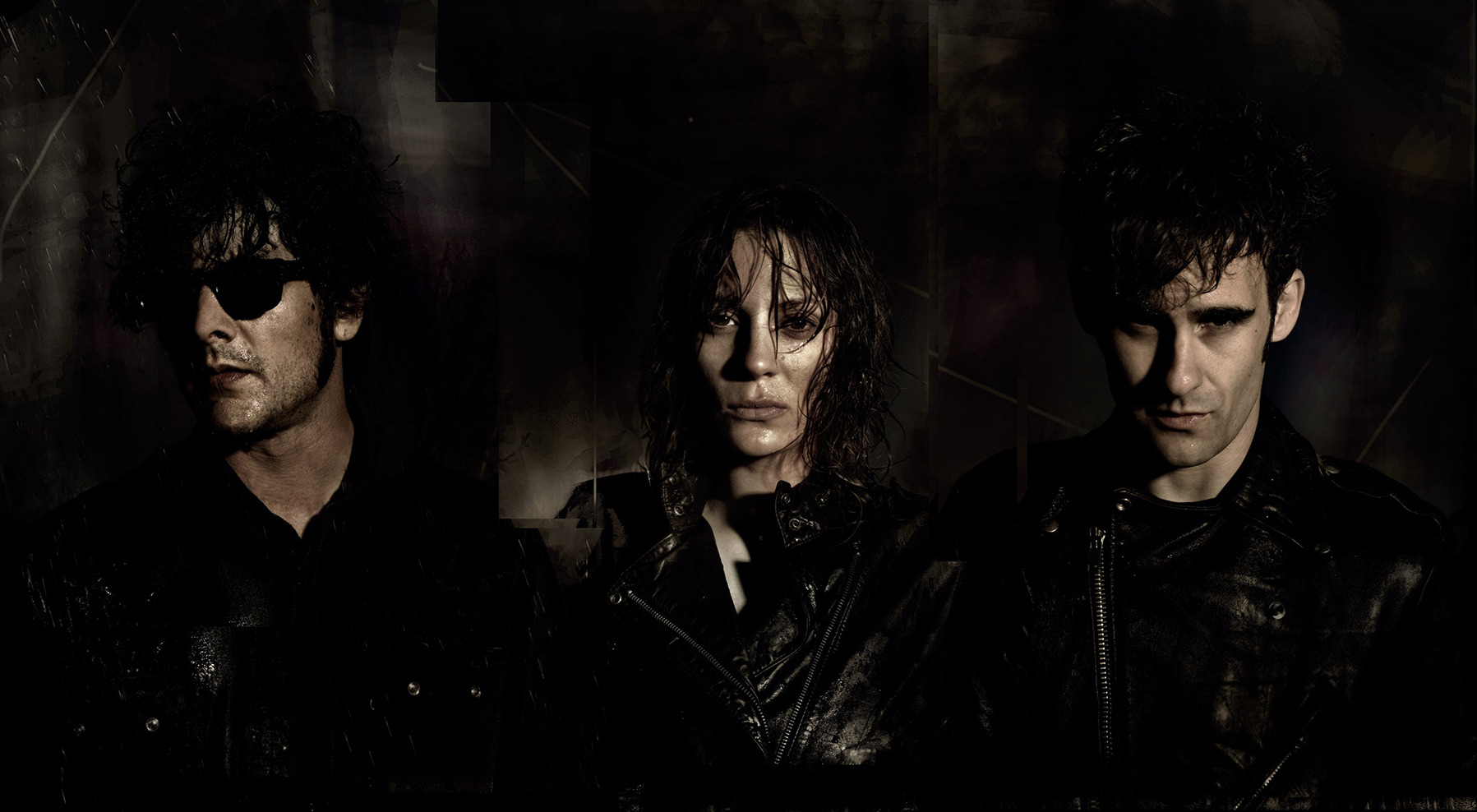 Black Rebel Motorcycle is cool. You can look up cool in the dictionary and there BRMC would be. I am sure people have begun articles about the trio in this way, but man, it’s true. I’ve been a fan since the BRMC debut album, B.R.M.C. came out in 2001, and I’ve seen the band here numerous times in Seattle. Every single show – including one daytime outdoor Bumbershoot appearance – has been swelteringly excellent. Have I given the game away that I am a fan? The now Los Angeles-based trio, featuring guitarist/singer Peter Hayes, bassist/singer Robert Levon Been and drummer/singer Leah Shapiro, has loudly, yet at times delicately, established its place in rock as an essential band of this decade, and the prior. Each band member of the psychedelic/rock/all-around awesome sounding BRMC is such a uniquely talented musician on record and live.

BRMC drummer Leah Shapiro joined the band in 2008, coming in after drummer Nick Jago left. But Shapiro was no replacement drummer added out of panic, but one who brought her ace drumming skills and powerful presence. The Danish-born Shapiro, who has lived in New York (where she studied music business), England and Boston, recently came through brain surgery for a condition called Chiari malformation (CM). She’s super tough, and I’m thrilled I talked with her last week about how she approaches her art. Oh, and that she actually rides a motorcycle!

I first saw you when you were playing drums with the Raveonettes. I caught you at the Triple Door – great show, by the way.

Leah Shapiro: Thank you. I have very good memories from those times.

You were also in a group called Dead Combo. I saw some videos on YouTube, and they sounded great. Was it after this band you joined BRMC?

Are they still a group?

LS: I don’t know if they’re actively doing stuff, but Dead Combo was opening for us on the Specter (at the Feast) album tour in Europe. They came along as a duo. I played a couple songs at some of the shows, and Pete played with them a couple times. It was good fun. They’re great friends of mine.

Do you select what parts of a song you’ll be singing on? You have a lovely voice.

LS: Thank you. You know, I don’t particularly like singing that much. I’m a drummer first. It makes it a little bit harder to play, if I also have to sing harmonies and stuff. But we do have a lot of harmonies, so sometimes live I have to do it. And I’m happy to; it’s a good challenge. I’ve gotten better. I think I am just a little bit too shy to be a singer.

I always think it would be really hard to play drums and sing at the same time.

LS: You’re bouncing around a lot, so it’s hard to get a steady tone.

What’s your favorite BRMC song to do live from before you joined, and after?

LS: I think “Awake” is one of those songs where no matter what my mood is, no matter what’s going on, I always love playing that song. It has this meditative feel almost. You just float into the music. It’s a trancey experience – you get to step outside of yourself a bit, which is nice.

“Returning” is a cool song to play because the feel of that song is pretty delicate. Or “Lose Yourself.” Both of them have this very delicate feel, and when I was making the parts, I used to have this rolling feel, like waves rolling. You can float into the music, and exist within the song. I love that feeling, it’s really great.

How do you think you’ve affected BRMC’s sound?

LS: It’s tough for me to say how it’s changed. When I first came in, in the middle of a tour with Baby 81, I spent a lot of time trying to study how the songs were played live as well as the recorded versions. I tried to mimic that as closely as I could so it wouldn’t feel like a shock to the system for the guys. That can be hard. Two people can play the exact same part, but it can sound completely different, and it can feel completely different. Once we got into writing, I started feeling comfortable with my creative input.

I don’t know how I’ve affected or changed the band. When we started writing Beat the Devil’s Tattoo, in the beginning I wanted to sit back and observe their writing process, so that I was able to find my place within it.

It might be one of those things where it’s easier to tell on the outside. When I’m in it, I’m not that objective.

You’re a motorcycle rider. Do you get to ride often?

LS: Every once in a while. More and more, I really don’t like riding in Los Angeles because the driving is just so insane. It’s really scary. I actually saw a really horrifying motorcycle accident the other day on the freeway. People aren’t paying attention. They’re on their phones. There’s too much chaos. It’s more stressful than an enjoyable experience.

If I’m gonna ride, I like to be far away from the city, where you can relax. [In the city] any car that’s anywhere near you could be potential death, and that’s not a comfortable place to be in mentally.

Was Specter at the Feast the first album you worked as a producer on?

LS: Beat the Devil – we did that on our own too, with Michael (Been). For Specter, we had other people come in that who helped us out. There was a lot of time spent (by the three of us) in the rehearsal studio, trying out every possible arrangement for every song.

LS: It can be a rabbit hole, for sure. It’s hard to say when something is ever done.

That’s a benefit of live performances.

LS: Exactly. The songs continue to grow, change, and become something different the more we play them and the more we tour the songs. I really like that. It’s nice to have the freedom to do that, and not be locked into “This is the way it was arranged on the record, so this is the exact way we’re going to play it every single night.”

What other things do you like to do, music or totally unrelated?

LS: I’ve started teaching drums. That’s something I really enjoy doing. I could see myself getting into that a little more. There’s a perception that drums can be this aggressive thing. For me it’s actually more meditative, calming than anything else. And of course if you need to get rid of an aggression, drums are great for that too. It is a great tool for slowing everything down, slowing your mind down and having that focus on repetitive movement.

You’re one of my favorite drummers; you get so much emotion through drums. That is awesome you can teach and share some of that

LS: Thank you. I really love teaching, especially women. It can empowering, especially if you think you’re not strong enough to do it. And then, as you start letting go of those perceptions of what you think playing drums is, and what kind of a person you have to be to do that well. . . It’s really cool to see that process, see a person’s confidence change.

Did BRMC fans embrace you when you joined?

LS: Some people did. I remember my very first show, it was in Brussels. I think there was a little bit of skepticism in the beginning, because of the whole gender thing. That slowly dissipated, and it’s not something that’s popped up that much. Gender has nothing to do with the music, or how well someone’s gonna be able to do their job. For the most part, people were great, really supportive.