So. Here I am at the launch party of Willie’s Reserve cannabis products. Taking the pass at the last minute and being the meticulous researcher that I am, I had no idea what the hell this was all about prior to showing up. As I’ve already revealed, Willie Nelson is officially in the cannabis business, a surprise not to me as through my meticulous research I’ve gleaned that he is a marijuana enthusiast. The friendly and lovely team of Willie’s Reserve representatives, a pair of names I did not get and have decided as of this writing (in the midst of the party) that I’m going to for the sake of this piece name them Leandra and Fendelbaum, answered succinctly all my questions as I shoved free tacos into my mouth and washed them down with free Chardonnay. Leandra and Fendelbaum informed me that Willie is highly involved in the business, testing all products, while his wife oversees the baked edibles (a baker of high repute. Meticulous research). They work with a rotating cast of farmers in the name of sustainability and fair trade and the products will soon be available, if not already, in a retailer near you, assuming weed is legal where you live. I then asked Leandra and Fendelbaum about side investors of the venture capitalist ilk, much like the venture capitalist team who paired with Ellen Latham, Florida-based celebrity work out person, to form Orange Theory, the series of gyms known to tastelessly appropriate the ghost bike memorial in the name of a failed buzz campaign. They’re also orange themed. I don’t remember the firm’s name but it was based out of either Connecticut and Vermont – I also don’t remember that because, since due to their geographic locations and that I’ve never been to either, they’re completely interchangeable in my mind. Anyway, this firm also invested in beef distribution, car part manufacturing companies, and synthetic polymer color manufacturers. Hence my synergistic suspicions begging the inquiry. Naturally, Leandra and Fendelbaum were put at unease at the question. Or they would have been, had I actually asked (Willie’s Reserve’s investors are exclusively cannabis industry holding companies Tuatara Capital and MJIC).

So here I am at a party sitting alone (as I often find myself at parties) writing this while smoking several cigarettes (as cigarettes often find themselves – both at parties and not), and the sound in the background suggests Brent Amaker and the Rodeo are playing. Knowing little of them beyond name recognition, I heard well-executed takes on the classic Country Western sound. They sang something about boots and having them as I traipsed through an uncommitted crowd of festive half-thoughts and country mimicry. Absent from the Rodeo’s set were the “Whiskey Baptism” dancers, though they still hinted at a theatrically sinister manifestation of an outlaw country myth long inflated to undersell the psychological complexities of Johnny Cash. 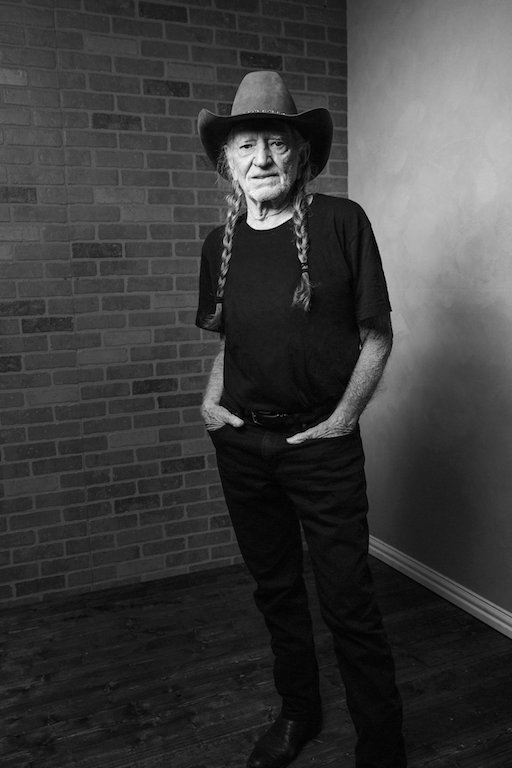 First off, Willie is an unusual guitarist. It felt like he was channeling the ghost of Gang of Four’s Andy Gill, may he rest in peace (when he dies). It was as if he’d just learned to subdivide by 5 and imposed it all over his beloved classics like “Whiskey River.” Still, in an odd way, he made it work in a country-jazz derelict sort of way. He played like a rambling 83-year-old speaks, while his voice, though a bit husky, was not worn as many of his contemporaries. He plowed through some Hank Williams and Merle Haggard classics and a varied repertoire of movers and shakers while generally eschewing some of his lovelier ballads, all serving the lighthearted and scattered setting of a summertime outdoor concert, like a Summertime Pops performance for country-loving stoners. The highlight of the set was “Roll Me Up And Smoke Me When I Die,” combining Willie’s and his acolytes’ love of marijuana – and its varied innuendo – and my love of fragile mortality. The crowd was an eclectic gathering of burners, Bellevue brats, Bellevue brats dressed as burners or in cartoonish enough country get up to make me think for the first and hopefully only time that white people were somehow dressing in “whiteface.” Eugene jazzbo hippies wearing socks without shoes talking with me about late period Coltrane, middle-aged outskirt dwellers, and a young fellow who decided he wanted to follow me for a moment because I was one of the only people walking in what he called a “fluid motion.” A pair of guys, one with a “Hillary for Prison 2016” and the other with a “I rented this hooker –>” shirt walking in close quarters with a young woman between them (their body language suggesting at least one of them wants a tag team if they haven’t already done it). Most people dancing and loving it, most of them for whom clapping on 2 and 4 would be a revelation akin to seeing a unicorn, leading me to think that this could be a potentially powerful form of psychotherapy. It was a good time. Willie is nothing if not a unifier, which is one more thing we can blame on Obama. He wasn’t born Willie Fucking Nelson.