Phoebe Ryan played at the Capitol Hill Block Party over the weekend – the last stop on her three-week headlining BOYZ N POIZN Tour. She and her three-member band played for 45 minutes with the audience singing along on all of the songs. Phoebe was interrupted at one point and given a red rose from someone in the audience. Coincidentally, the first time I saw her was when she opened at Barboza (just a block away) in September last year. Playing late in the day at the CHBP is a big step forward in her career. Phoebe, with her signature black and green hair, was misty-eyed during her last song – the very popular “Mine” – because it was also the last song of the tour. I ran into Phoebe later in the evening and she was kind enough to take some time away from her friends for a few portraits. 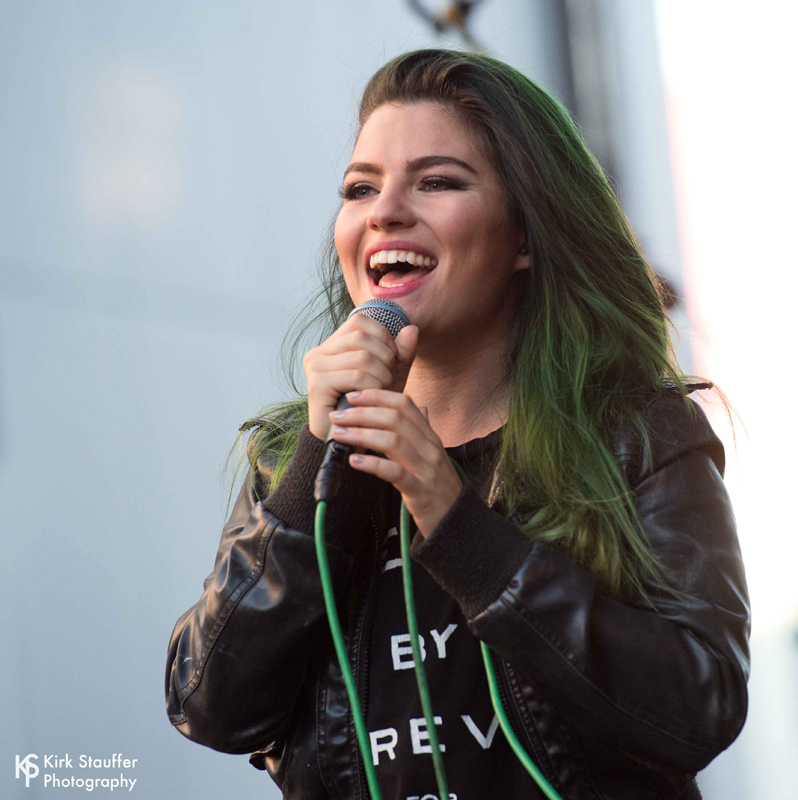 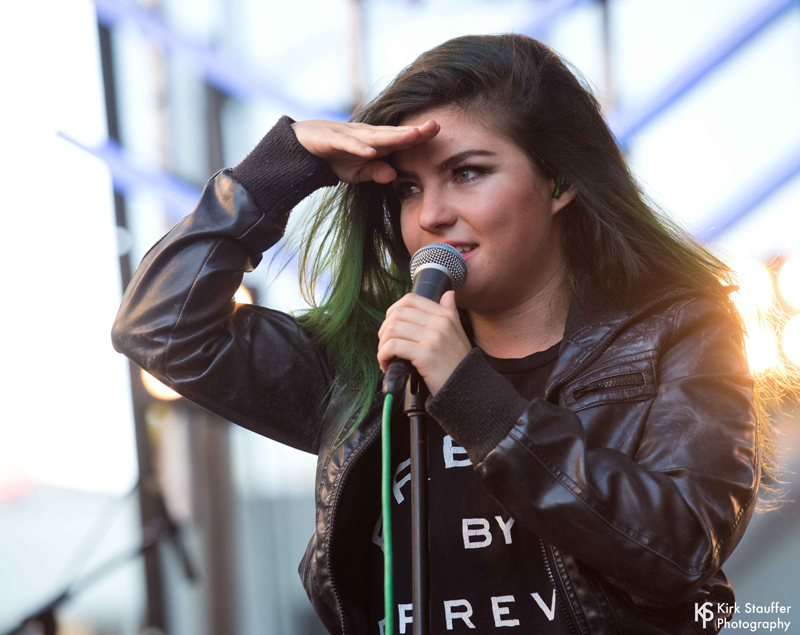 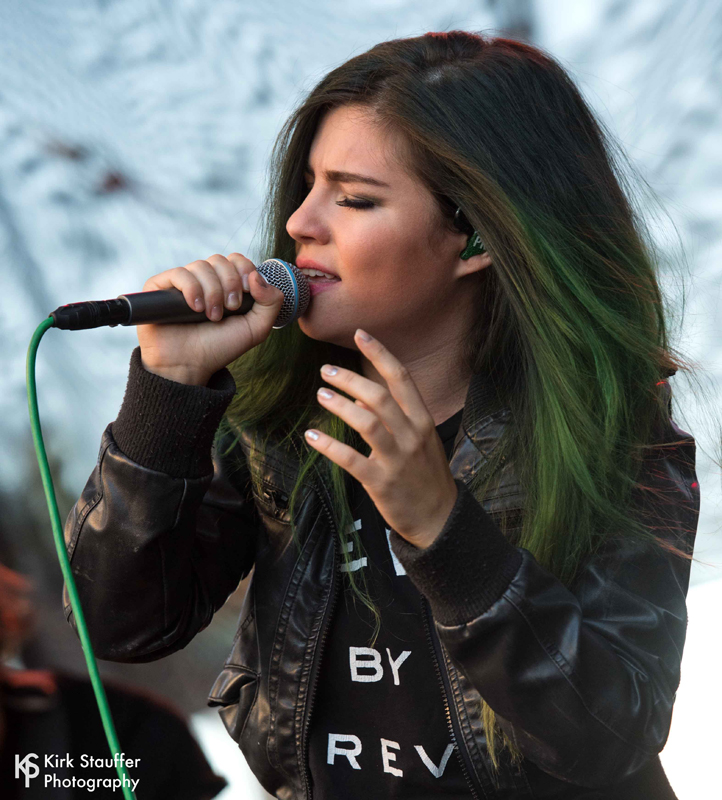 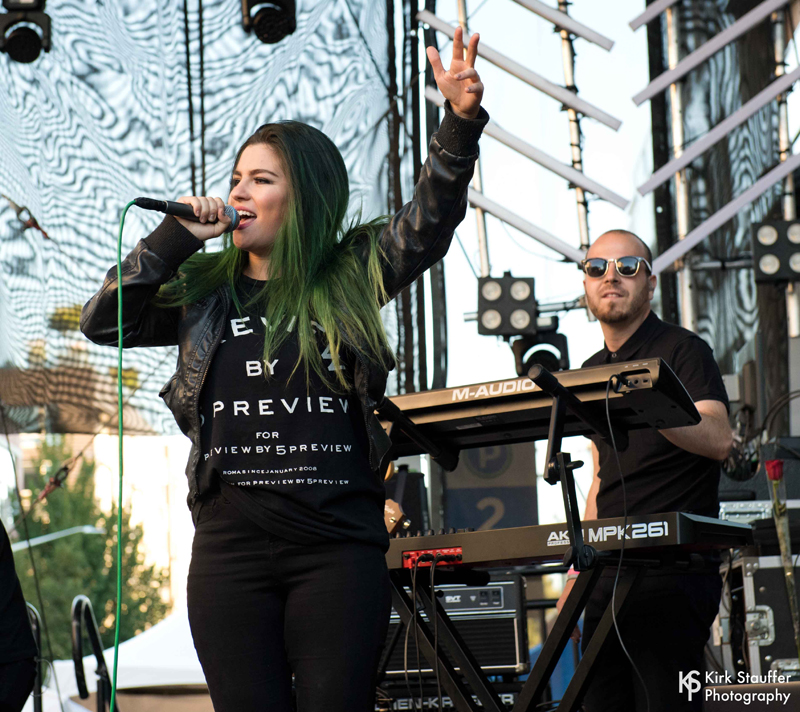 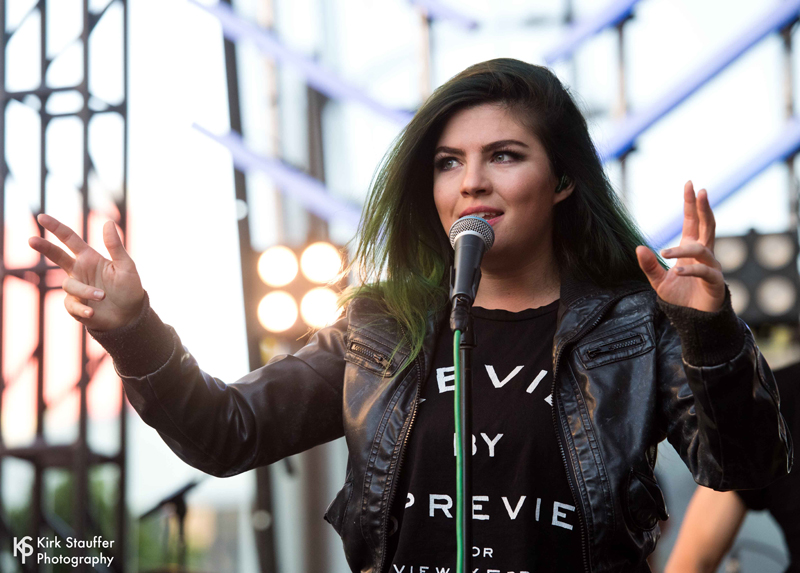 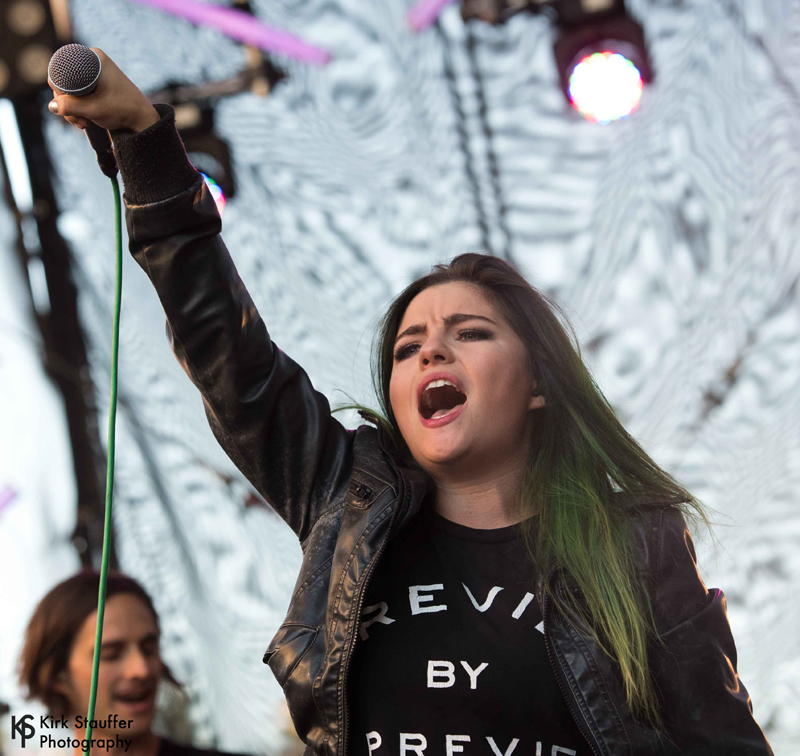 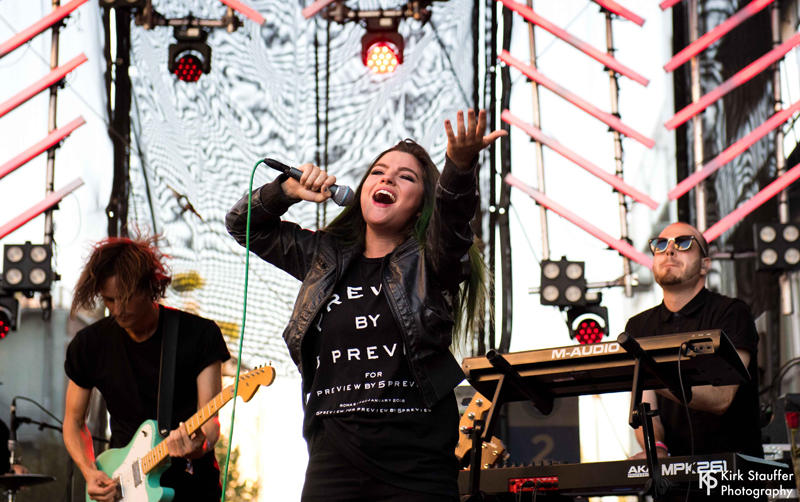 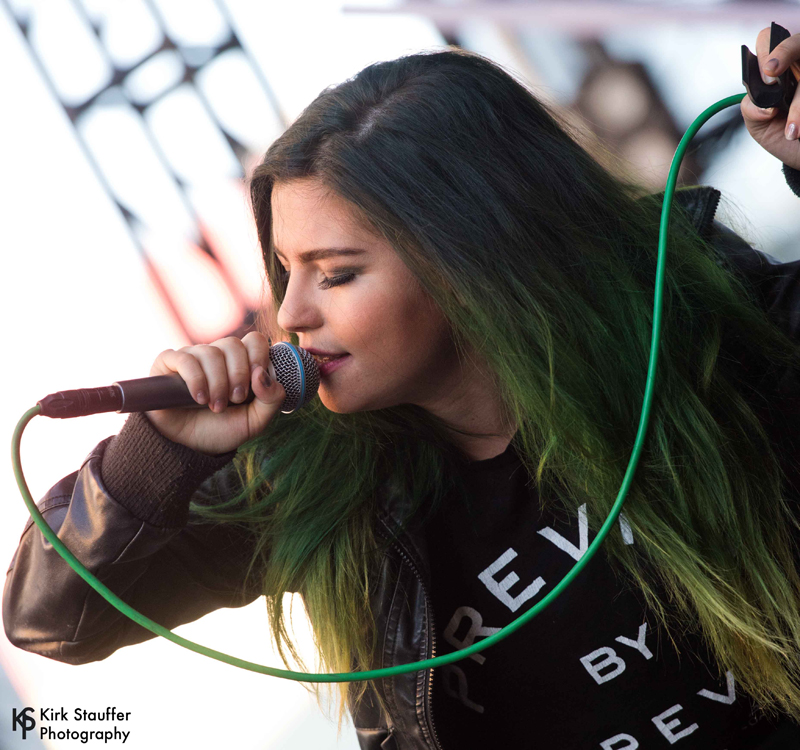 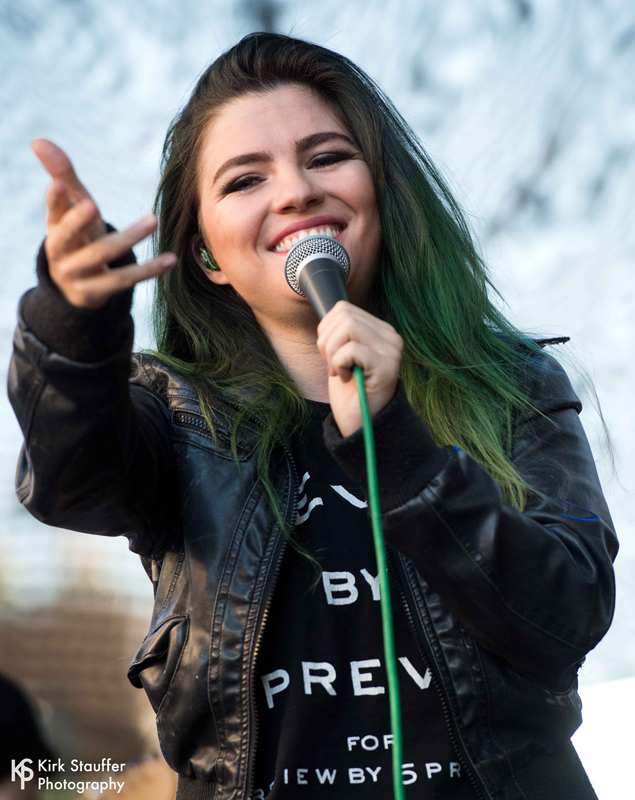 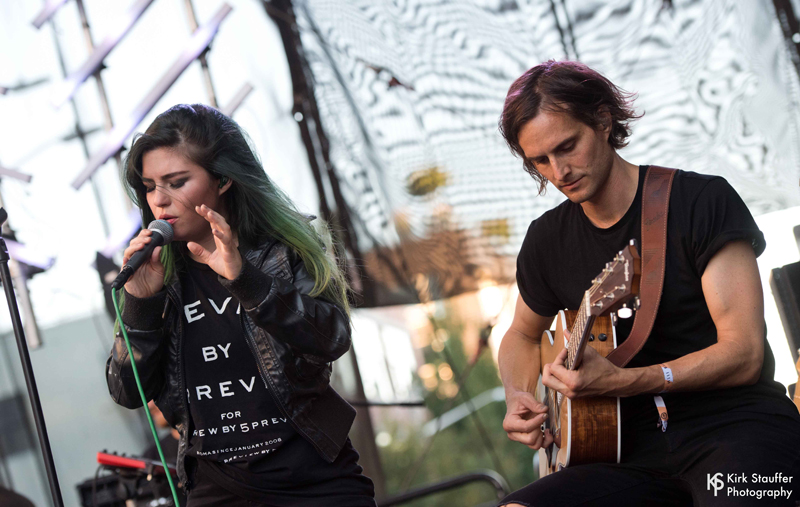 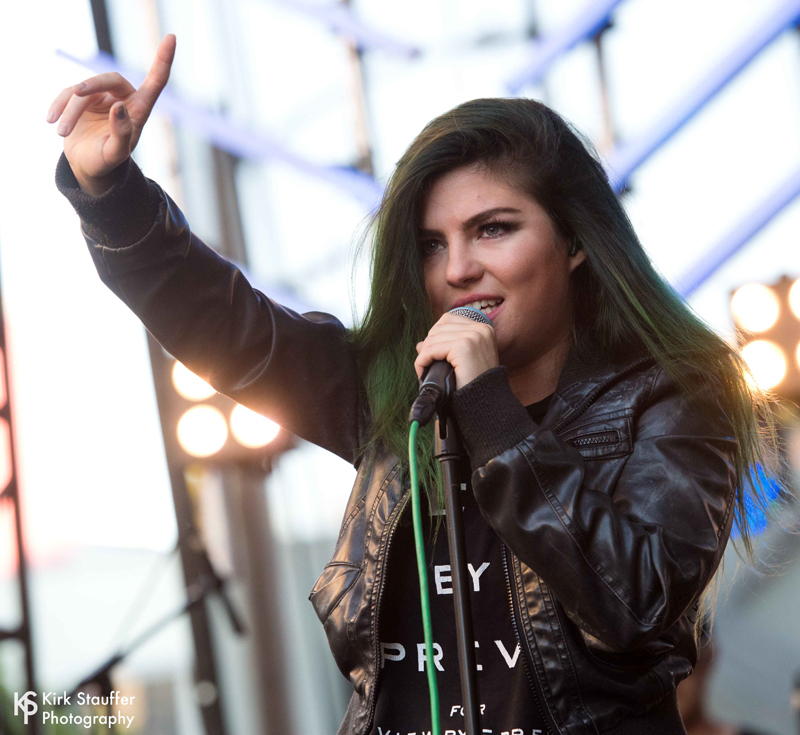 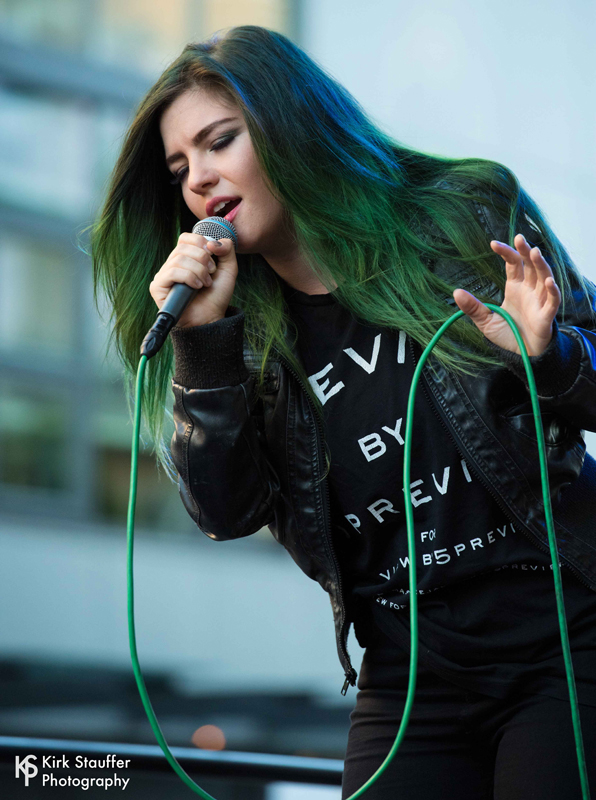 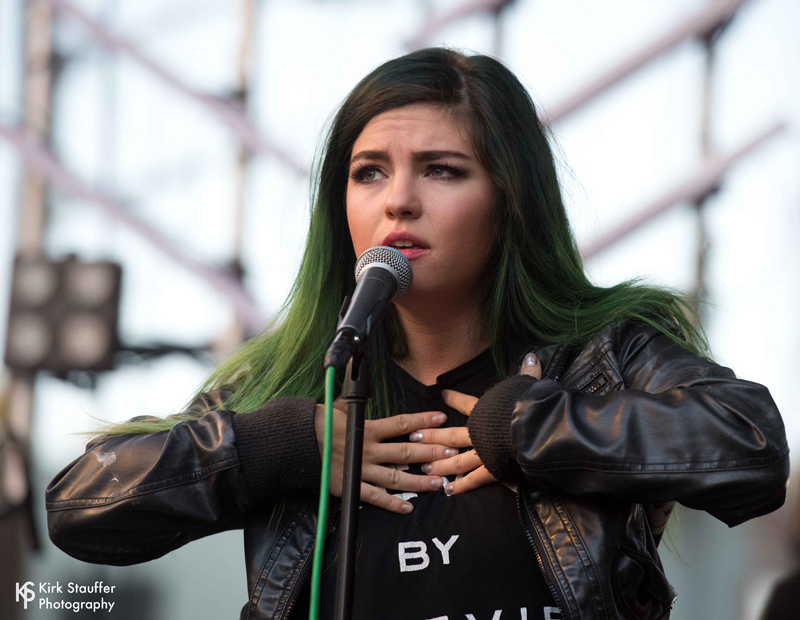 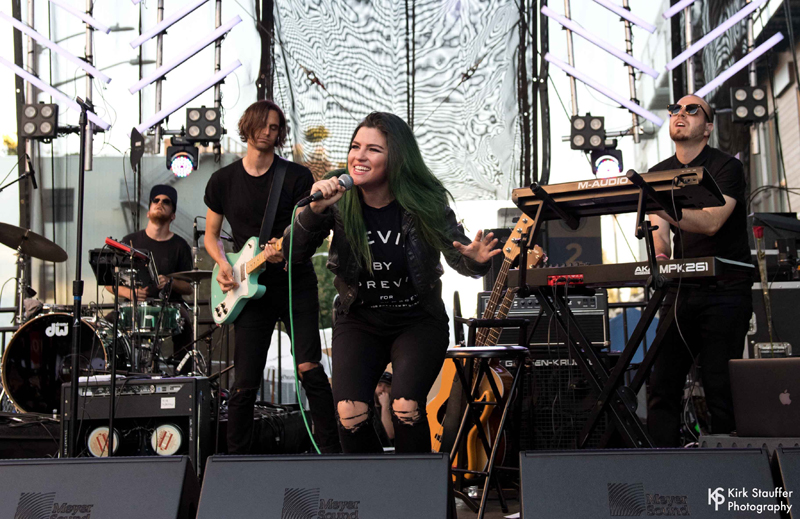 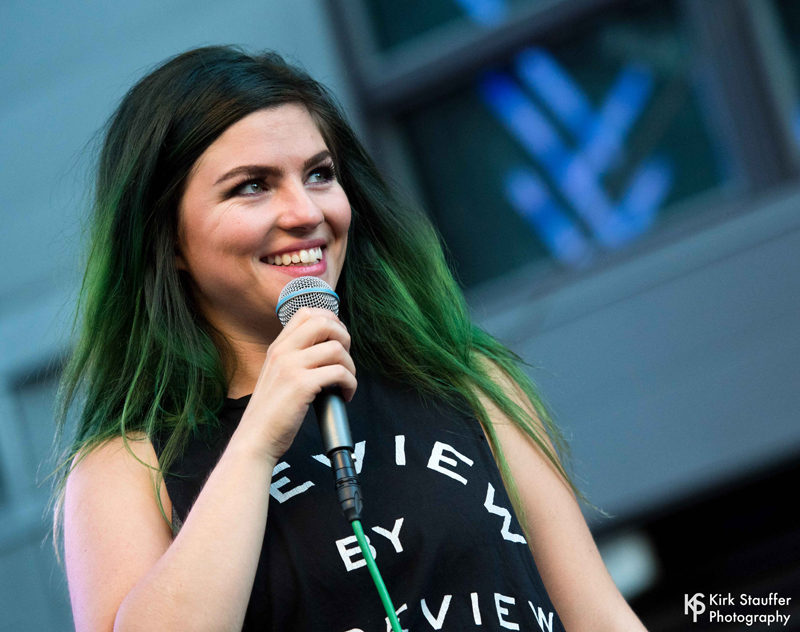 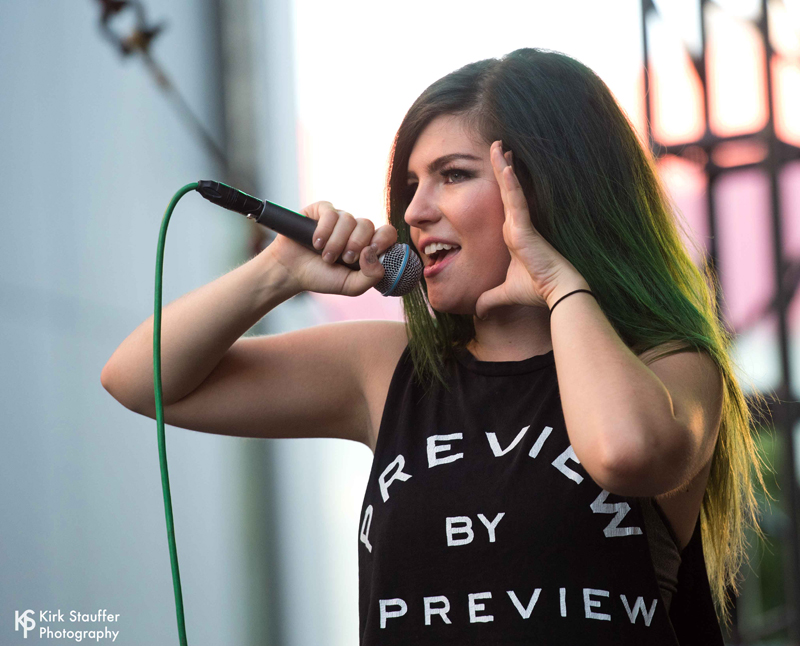 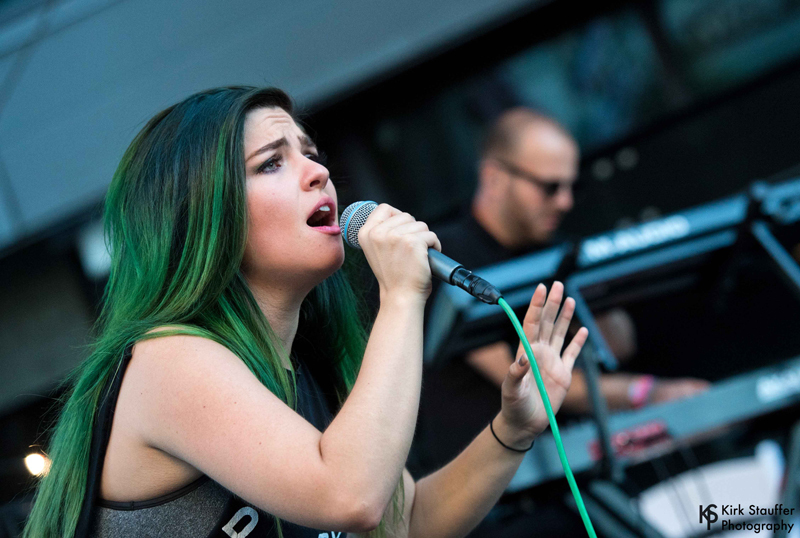 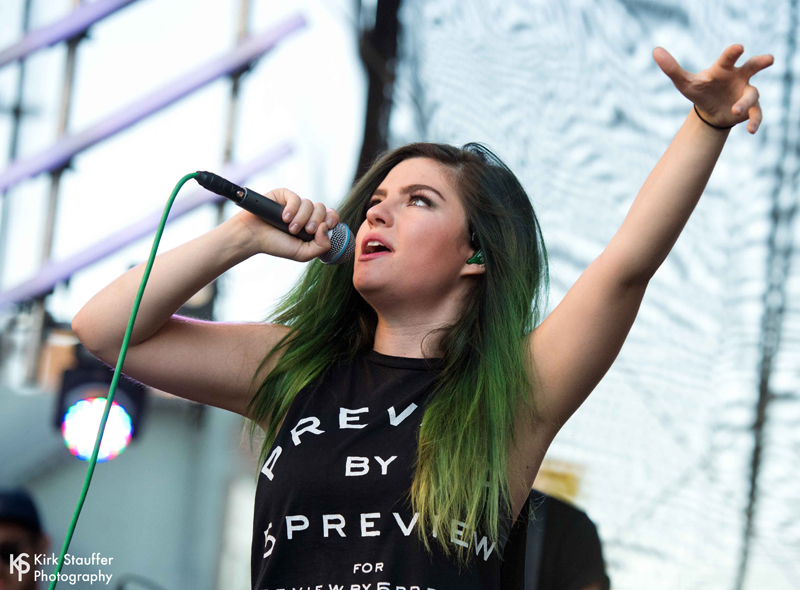 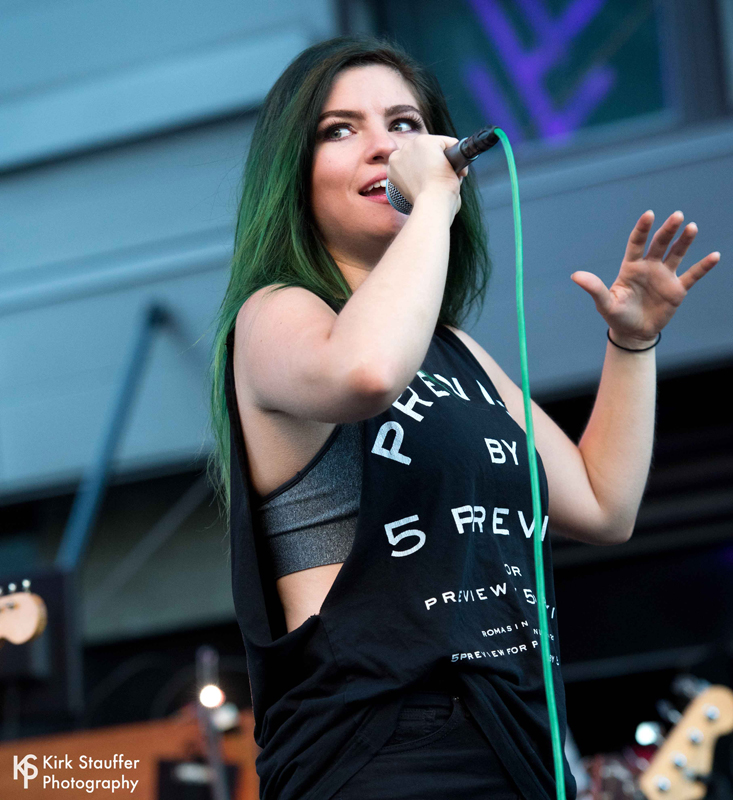 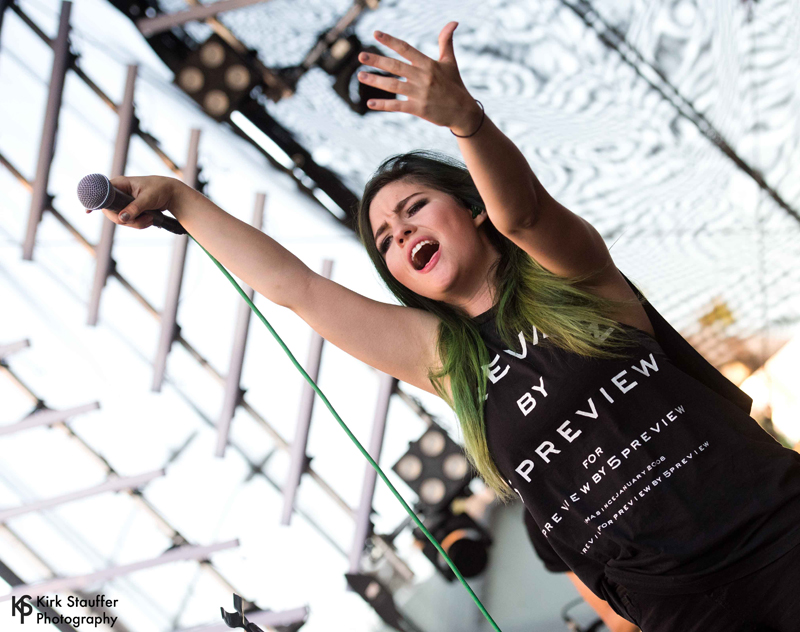 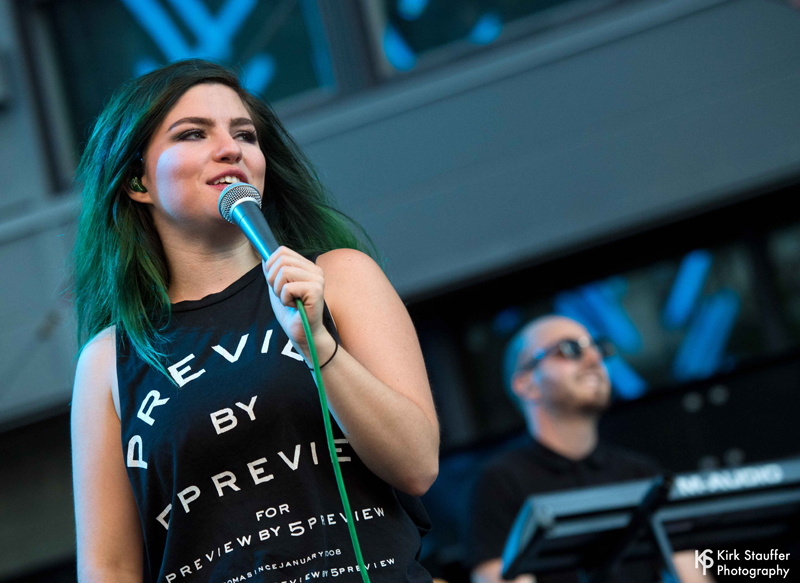 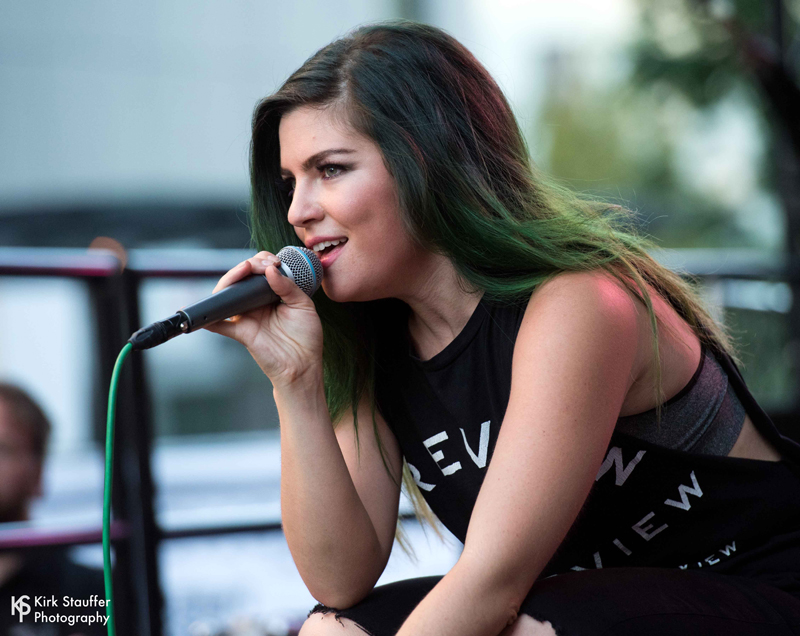 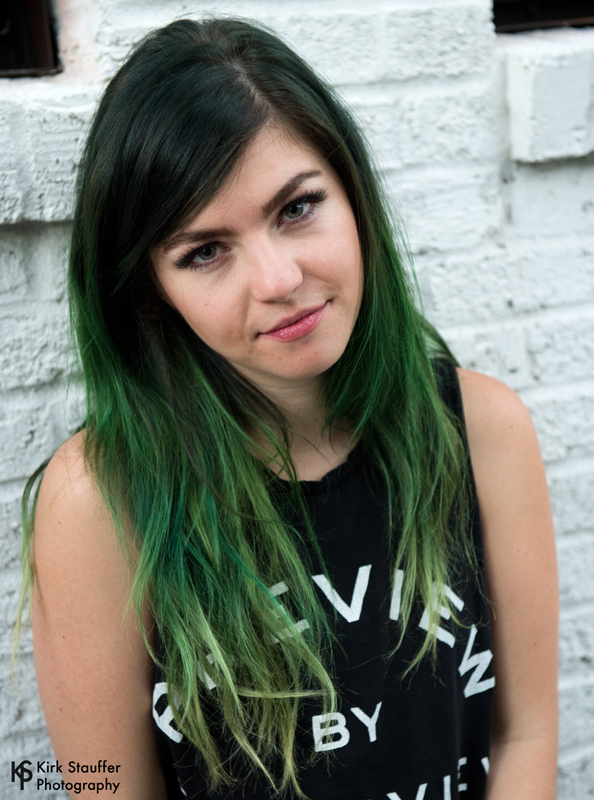 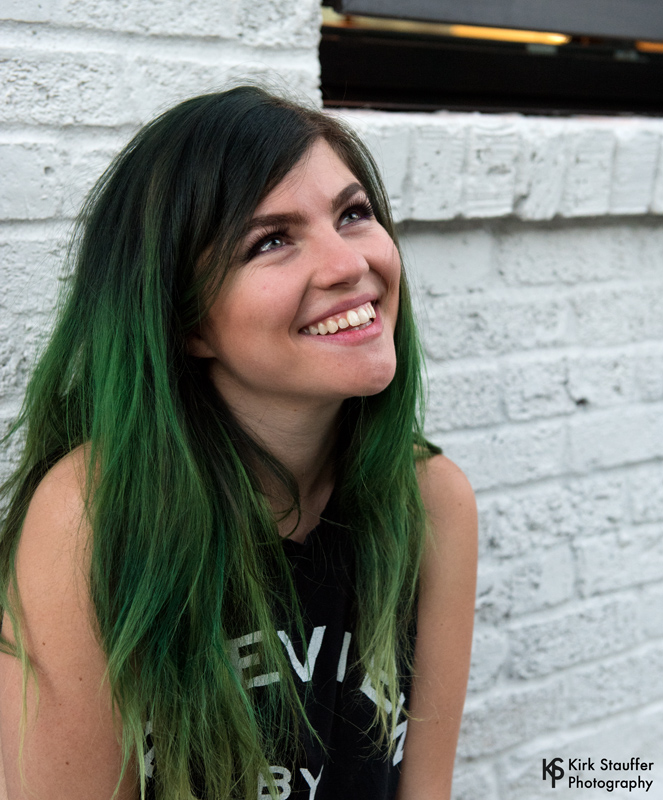