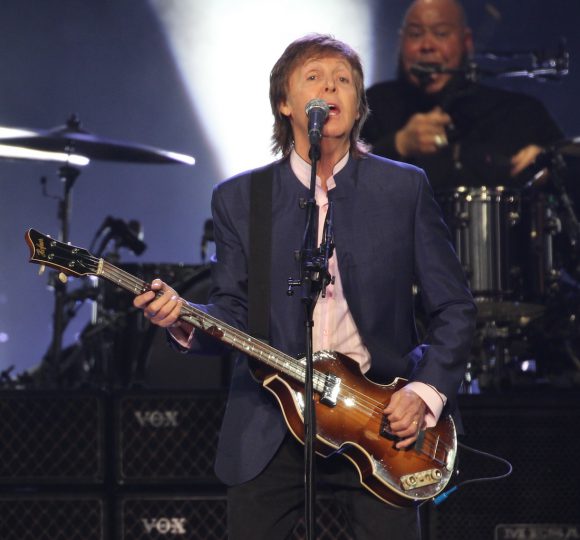 Paul McCartney played a stunning sold-out show at KeyArena on Sunday evening, in a performance I’d easily run out of positive superlatives to describe. With a band (Rusty Anderson, Brian Ray, Abe Laboriel, Jr. and Paul “Wix” Wickens) he’s had together longer than either the Beatles or Wings, McCartney took all the fans on a perfectly-placed memory freeway. The show, three hours in total, spotlighted the various incarnations of McCartney’s music. You wanted Beatles’ music? You got it with many songs from “Eleanor Rigby” to “We Can Work It Out.” Something more recent? There was that, too: try “FourFiveSeconds.” Some Wings? That was represented by “Let Me Roll It” and “Band on the Run,” among others. McCartney even went back to a pre-Beatles song by the Quarrymen, “In Spite of All the Danger.” In a cool arrangement, songs off the majority of Beatles’ albums featured in the set list.

The dashing – and dancing – McCartney took the time to talk with the audience, and commented on several songs’ creation. “Here Today,” which McCartney wrote about John Lennon, urged us to tell loved ones we love them, while “Blackbird” came about from observations on the American Civil Rights Movement. The show began with “A Hard Day’s Night,” a brand new introduction to the McCartney live show, and surprised also with Rubber Soul‘s “You Won’t See Me” and Revolver‘s exquisite “Eleanor Rigby.” Pyrotechnics seem to be another instrument in the best James Bond theme tune ever, McCartney’s “Live and Let Die.” Strategically placed explosions went off around the stage, amplifying the sense of danger in that song. For “Fool on the Hill” McCartney played a a psychedelic dream piano. He rocked on “Helter Skelter” with Nirvana’s Krist Novoselic, plus showed appreciation of, respectively, fellow Beatles Lennon and George Harrison with “Being for the Benefit of Mr. Kite!” and “Something.” Right after “Helter Skelter,” the encore dominated with the conclusion of the Beatles’ Abbey Road: “Golden Slumbers,” “Carry That Weight” and “The End.”

I was honored to cover McCartney’s show. As in his 2013 Seattle show, the shared experience carried throughout the venue. Really, anyone who can catch a McCartney show is very lucky. Also, I cannot think of any other musician who’s had, bestowed upon, his own coat of arms. And when I say coat of arms, I don’t mean a family coat of arms, I mean it’s for him only. Most other knights don’t even have one, and that’s appropriately distinctive. 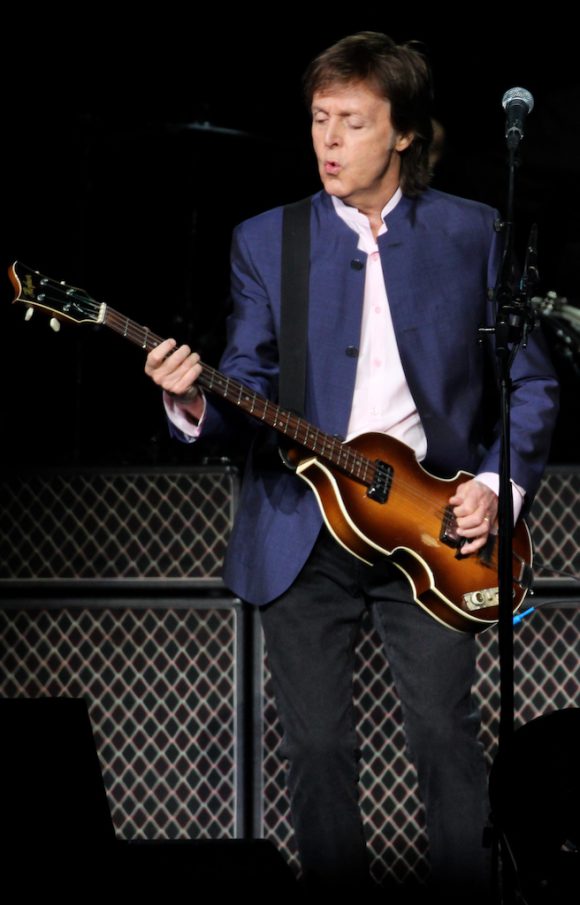 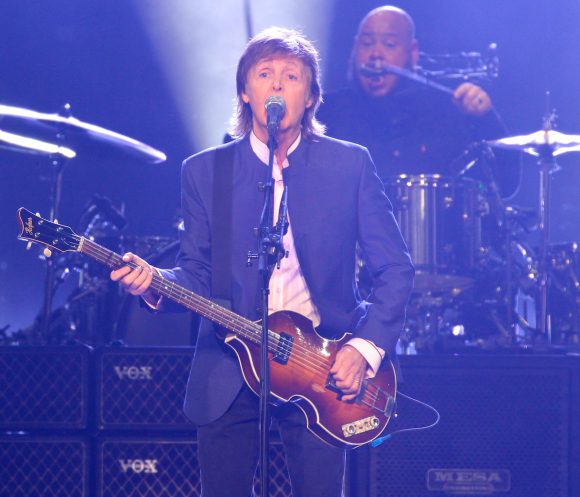 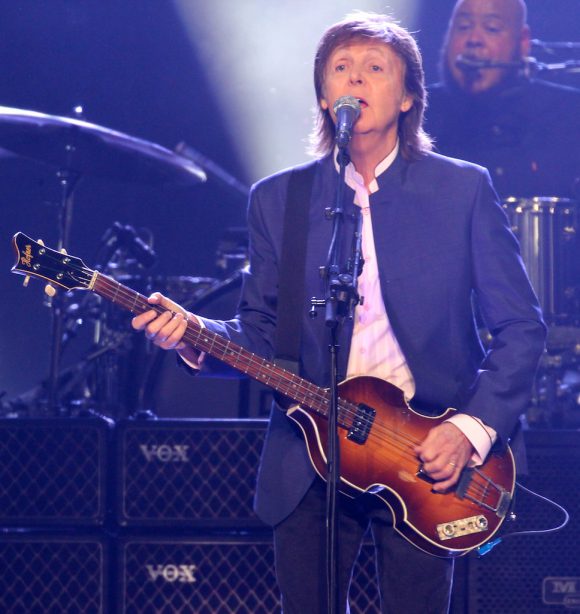 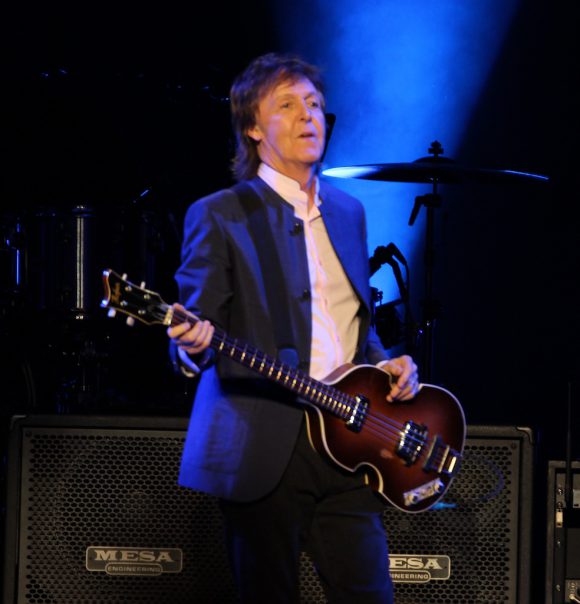 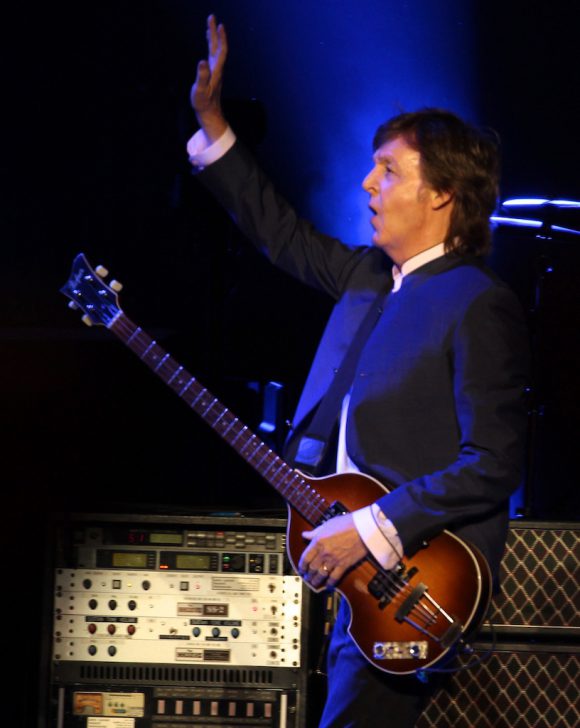 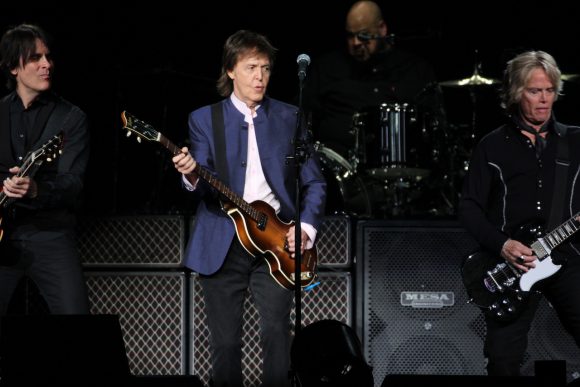 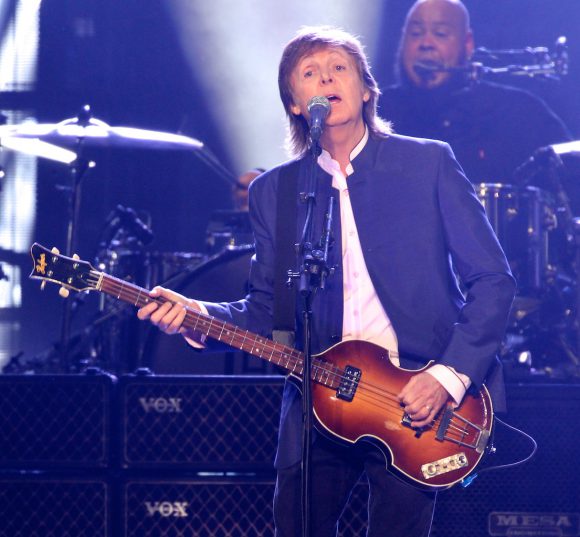 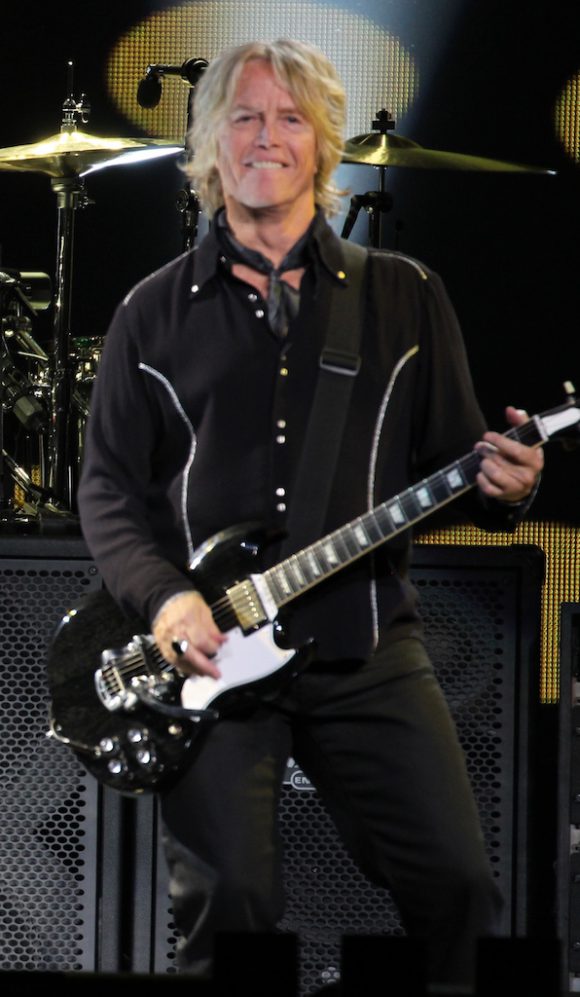 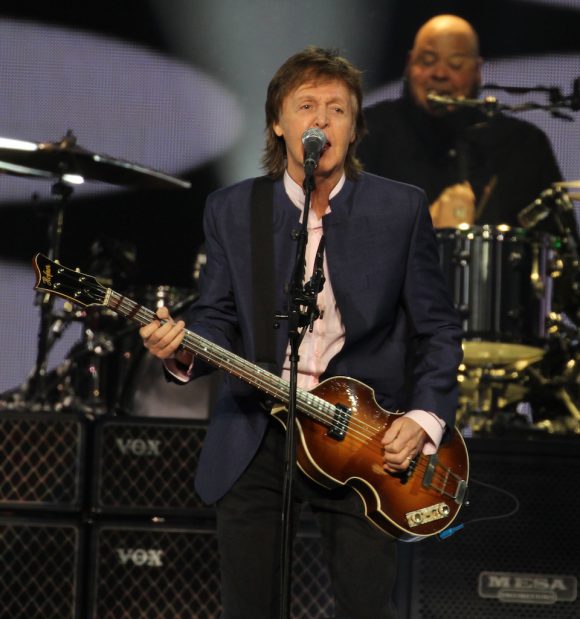 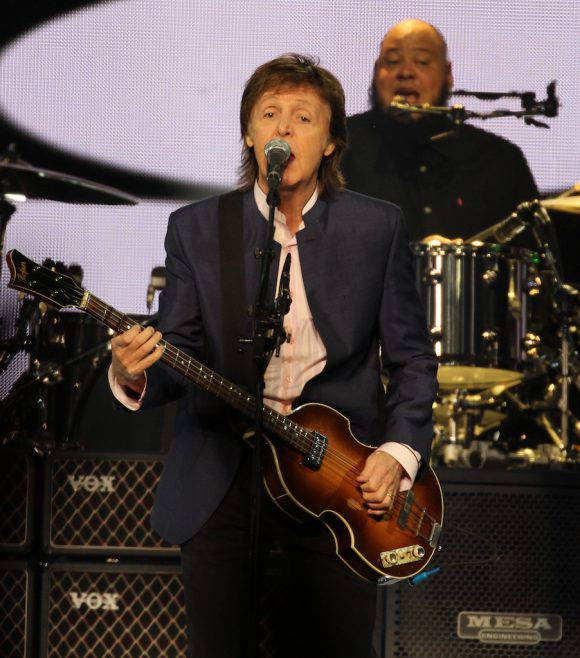 A Hard Day’s Night
Save Us
Can’t Buy Me Love
Letting Go
Temporary Secretary
Let Me Roll It
I’ve Got a Feeling
My Valentine
Nineteen Hundred and Eighty-Five
Here, There and Everywhere
Maybe I’m Amazed
We Can Work It Out
In Spite of All the Danger
You Won’t See Me
Love Me Do
And I Love Her
Blackbird
Here Today
Queenie Eye
Fool on the Hill
Lady Madonna
FourFiveSeconds
Eleanor Rigby
Being for the Benefit of Mr. Kite!
Something
Ob-La-Di, Ob-La-Da
Band on the Run
Back in the U.S.S.R.
Let It Be
Live and Let Die
Hey Jude