I first noticed Battles when the British show Torchwood, an excellent Doctor Who spin off, featured their song “Atlas.” The song was paired with character Owen Harper (played by the wonderful Burn Gorman) freaking out in, I think, a drug-induced state. At first the song really bothered me, but as I kept hearing it other places, I began to like it. Ever since then I have been interested in Battles. They also became quite the Bumbershoot Festival’s legends after they performed a deservedly still raved about set.

Making strange, yet divine music seems to be what Battles is all about. At times alarming, at other times mellow, Battles create a huge sound. Anticipation builds throughout their songs. That they had Gary Numan on album two, Gloss Drop‘s “My Machine,” means so much, and they’ve got supreme drummer John Stanier of Helmet and Tomahawk in the band (very cool). The third album, La Di Da Di, has real greatness to it, especially in “Summer Simmer” and “Dot Com.”

I bet there will be some pretty rad lighting to go along with the music on Wednesday at the Neptune. It’s all ages, and they’re joined by Buke and Gase. For more details & tickets head over here. 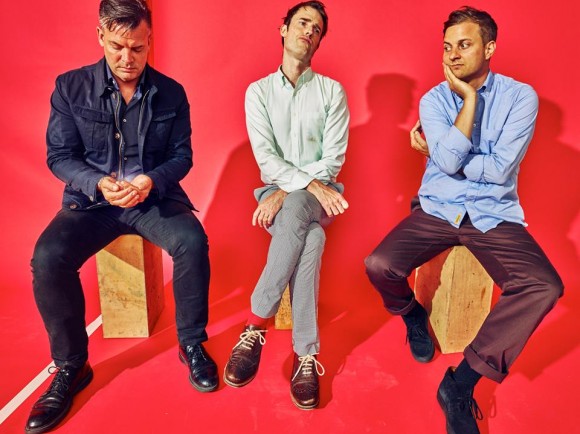