Magical English singer Sam Lee makes his first visit to Seattle tomorrow, Tuesday July 21st for a headlining show at the Fremont Abbey. Lee, formerly a dancer – a burlesque dancer at that! – got into the traditional music of Travellers (also called Gypsies: among the Irish, Scottish and Roma peoples) in the United Kingdom and Ireland, and has made great albums. His first album, Ground of Its Own, was nominated for the coveted Mercury Prize in 2012. He has become an expert in the genre, working with singers such as Freda Black; his second album, The Fade in Time, is also exquisite. Lee has a delicious voice, and brings a band with him for this tour. So get ready for some lovely songs, and perhaps something I read he enjoys: wild swimming. 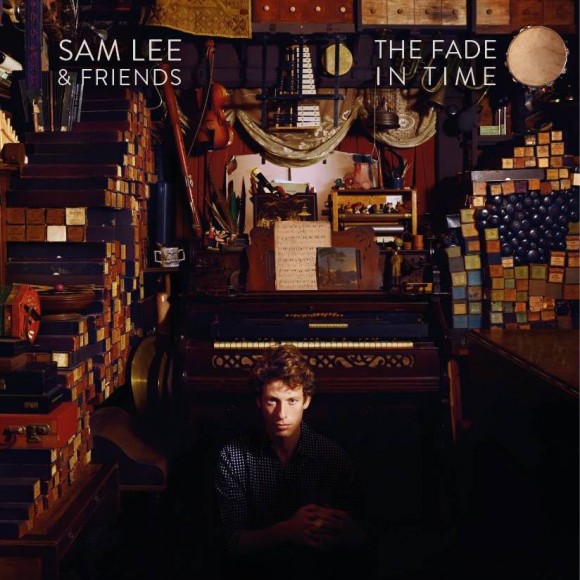 Is the Traveller community more trusting of you now?

Sam Lee: Absolutely. Every family that I meet, I build up that relationship and trust, and they introduce me to other people. I have a good phone book of friends and adopted grandparents.

Are there folk songs you look for, as in heard of but not found, or are they usually presented to you?

SL: Very rarely will I find a song that has never been heard of. Occasionally I find a song that I don’t know, but I will be able to find out about it quite easily with a bit of research. Sometimes some are harder than others, and some are rarer. I’ve done so many songs now that I have a good idea of the oeuvre of the repertoire.

Is there an urgency of finding the songs and the singers?

SL: The singers are dying off very fast, and we’re trying to record them.

Do you think folk music’s popularity is due to its frequent use of male and female viewpoints?

SL: I definitely think that is one of the factors, and the ability for people to sing about the emotions and situations of men and women, old and young, in all sorts of predicaments. I love that, being able to inhabit the voices (with) a completely different perspective. It’s like being an actor in that sense, you get to play characters, and emotions.

You started out as a dancer?

SL: I love it more than anything else in the world. I’m never happier.

What about your background in music? Was your family musical?

SL: Yeah. I always loved music, and singing with friends. There was never any aspiration for performance. I never thought of it as a career.
My father – who I take after – was a visual artist. He started off as a musician, and gave that professionally up to do art, which he made his career. I did it the other way round. My mother was very musical. I was very lucky to be brought up on such a rich diet of music and craft.

Will this be your first visit to Seattle?

SL: It is. I’m ashamed to say it. I’ve been to San Francisco but I’ve never made it up to Seattle. Seattle’s always been this hallowed city that I’ve always wanted to know about. I’ve got lots of friends there. A friend of mine’s got a kombucha factory, so I’m really excited to see the kombucha brewing factory.

The area you are playing in, Fremont, is gorgeous. You will like it.

SL: The whole band – we all love wild swimming.

I was going to ask you about that!

SL: When we’re on the road, we’ll just pull over by a river and jump in, and refresh ourselves.

Who were those people holding you down in the video for “Blackbird?”

SL: They were friends of mine, from being a dancer, from my dancing days. Where I live in London, there are a lot of people in the dance world. I love dancers. I love their joy and expressiveness.

You’re also a wildlife expert. Are you self-taught?

I’ve learned a lot myself. I’ve learned to be with some wonderful teachers. Sometimes it’s not about learning, it’s just about being present and being outdoors, and understanding how every place you go to has got a different rhythm, and the animals and plants grow in a different relationship to each other.

Are you a big reader?

SL: I love reading books about man and nature. . . landscapes. I don’t read as many novels as I should, but I read a lot literature on the natural world, natural history. Try out Robert Macfarlane, he’s big in the UK at the moment – he’s reviving that kind of writing. A really wonderful writer – a total genius.