One of Back Beat Seattle’s writers, Blake Madden, who mostly specializes here on comedy, has written a novel! Madden’s one of the most brilliant people I have ever known, so I might be biased, but I am very eager to read what he has written in this work called The Green Screen. Tomorrow night, Tuesday, March 10th, he will read from his novel, and host a party at Vermillion Art Bar on Capitol Hill. Madden, an accomplished musician, will also perform music he and fellow musician, the great Gabriel Mintz, have created. 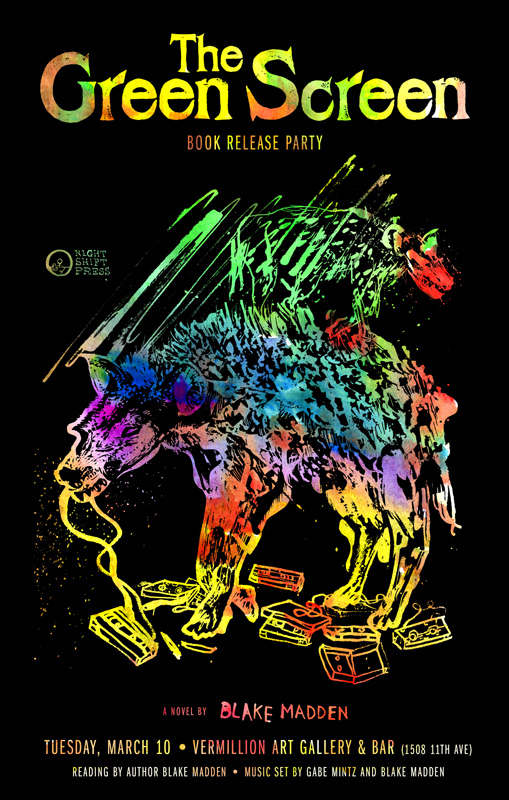 American teenager Floyd longs for a movie life of fast action, fiery romance, and happy endings. But two years in a South African high school have played more like a straight-to-video dud than a cinema classic. His so-called friends have turned on him. He’s been dumped…and mugged. Fed up on his last day in the country, Floyd swears he’ll manufacture the happy ending he’s always wanted, or die trying. Following a last-day script that is part Ferris Bueller’s Day Off and part Fear and Loathing in Las Vegas, he’ll recruit his hapless sidekick Thibault to help him weather bad drugs, engage in gratuitous vomiting and Star Wars references, befriend aliens and hyenas (he thinks), and find a mythical Jimi Hendrix cassette…if they can escape the tragic ending Floyd’s foreign film keeps hinting at.

I’ve seen an early version of the novel, and recommend getting the book. 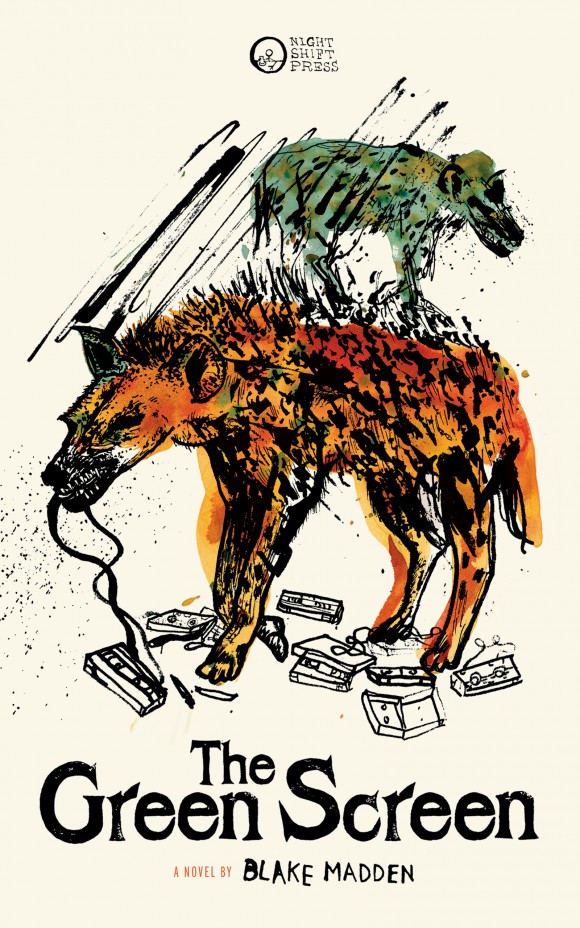 Book Cover for The Green Screen

The Green Screen is available (direct from Gumroad) on Blake Madden’s portfolio site, and in paperback from the author himself.