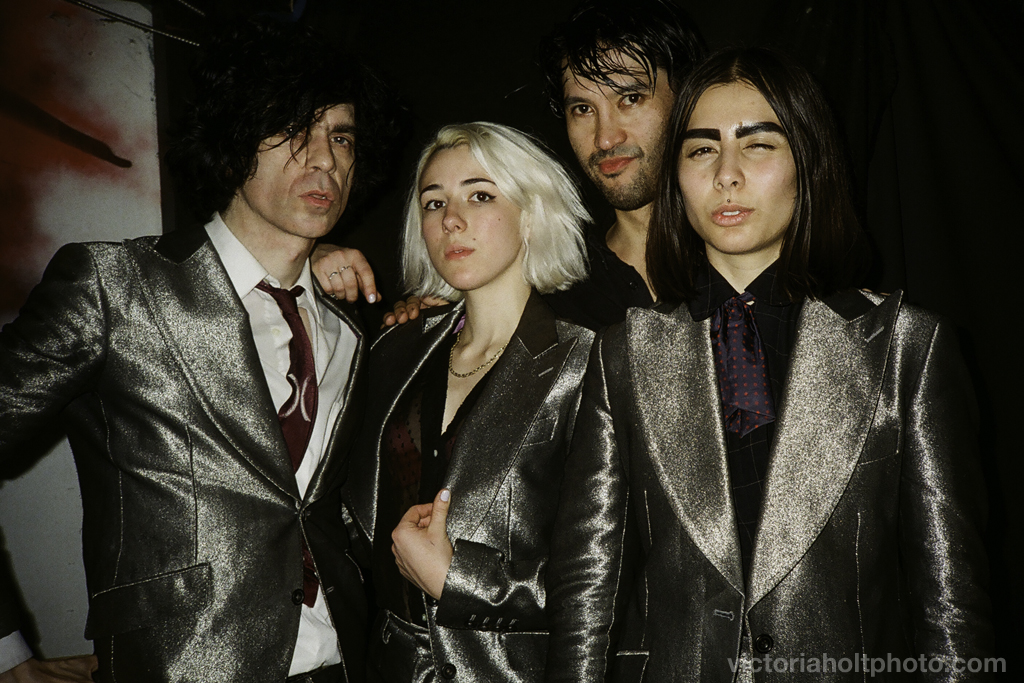 Chain and the Gang

D.C.’s Chain and the Gang were the epitome of calculated cool at Black Lodge on January 10th, decked out in matching silvery suits, neutral button down shirts, and pointed black stomping boots. Singer Ian Svenonius (of such D.C. greats as Weird War, The Make-Up, and Nation of Ulysses) whipped around, shaking his mane of black hair and yelling various political and personal insights on the world and life in general. While he railed against the dangers of freedom and praised the use of censorship (perhaps ironically?), the band were stoic, unemotional, blank-stared. It added a measured control to the otherwise rowdy show, and gave the crowd something to hang onto while the singer shed his inhibitions. The music operated in the same way, through simple basslines and steady drumbeats. It was infectious, and each and every body had to move.

They opened with an extended, stripped down version of “Chain Gang Theme (I See Progress),” building momentum to get the crowd going. Another catchy number was “Certain Kinds of Trash,” with Svenonius layering over the female bassist’s clear voice with his gritty inspired mutterings. It had the perfect clanking garage groove, and the crowd broke into a mosh pit, always returning to that nodding backbone beat between the swells. The vocals in “Mum’s the Word” were frenetic and fast-paced, sending the crowd into a frenzy.

Svenonius and the bassist traded off vocals, repeating lines, encouraging the crowd to sing along. During, “What is a Dollar?” he preached to the crowd about the danger of the dollar, pausing for effect, as the crowd spontaneously hummed along “ooohhhs.” It was super fun to be in the crowd during that moment, cooing along, responding as the singer imparted his wisdom. They destroyed Black Lodge, in the best way possible, and everyone left feeling thoroughly spent.

The rest of the bill featured three fantastic Seattle bands. Listen Lady opened up the night with their attitude-driven pop punk. A personal fave was their last song, “Hey Listen,” all about the perils of verbal harassment towards women. It ends with the question, “What makes you think you can talk to me like that?” It was great to see a bill with a good presence of powerful women, and this band started it off right.

Pony Time members Stacy Peck and Luke Beetham make low grumbling punk jams with danceable drum lines and blistering bass. Beetham sings clever lyrics with the occasional exhilarated “Woo!” and the crowd loves it. Opening track, “Tacocat Scraps,” pokes fun at the band’s humble beginnings taking Tacocat’s spot on bills they couldn’t play. They’ve since made a name for themselves, but the bands stay closely linked, with drummer Peck playing in the band Childbirth with Tacocat’s bassist Bree McKenna (and Chastity Belt’s Julia Shapiro). They’re fantastic performers who never finish a set without sweating like crazy, and the tiny Black Lodge at capacity was no exception. 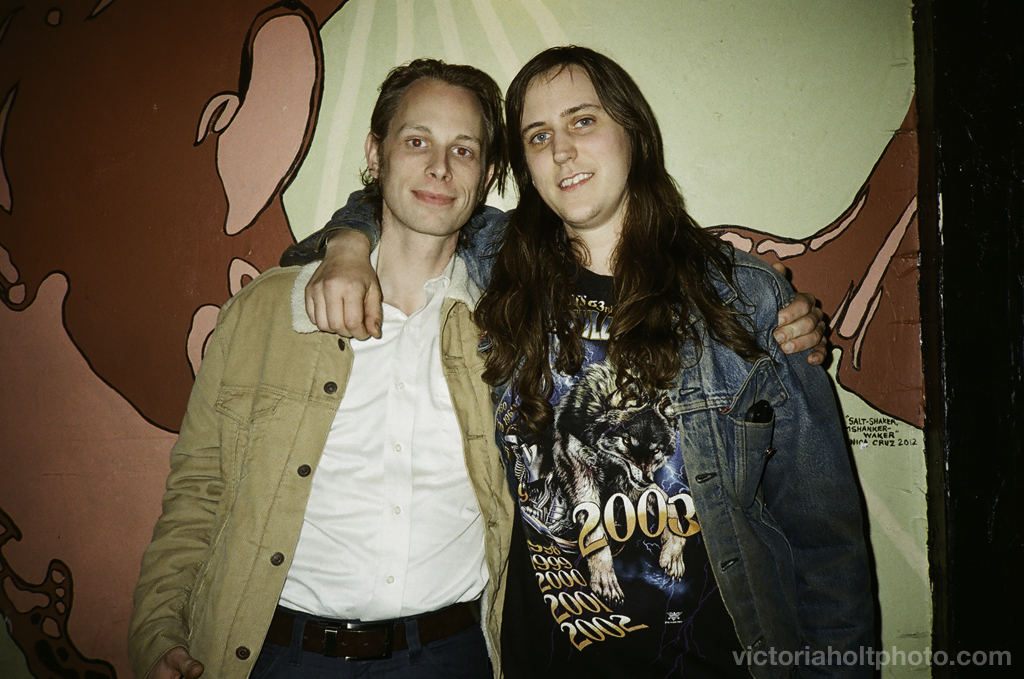 Always a fun time, wimps played high energy punk with catchy, bright lyrics. Songs like “Dog Pills,” “Old Food,” and “Distraction” offer questionable advice on warding off ennui with random hiijinks, like deciding to take your dog’s medication on a whim. The video for “Party at the Wrong Time” features wimps interrupting Pony Time’s practices and keeping them up late at night. Singer and guitarist Rachel Ratner rocks a penguin costume, while drummer Dave Ramm blows smoke into Beetham’s face. The song was great live, but alas, no attempts at revenge were made by Pony Time.

The members of wimps always have a great sense of humor. At one point, an unexplained piece of fried chicken landed on the stage. Ratner picked it up and held it in front of her face like she was going to eat it, deciding instead to hurl it back into the crowd. They closed with their album’s eponymous single, “Repeat,” which ends with Nyce singing a slow chorus line while Ratner speaks the repeating lyrics. She uses the live version to talk about something at the show, and this time said, “When you go to the show and you eat some fried chicken. . .” Ratner’s fun banter was a great precursor to Svenonius’s eccentric ranting. 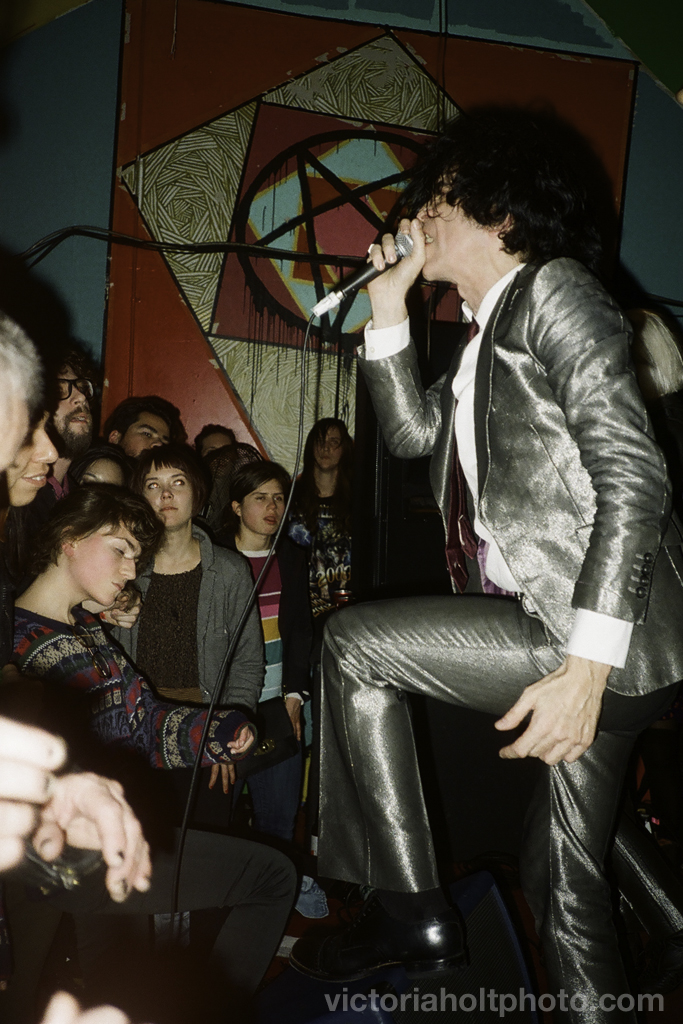 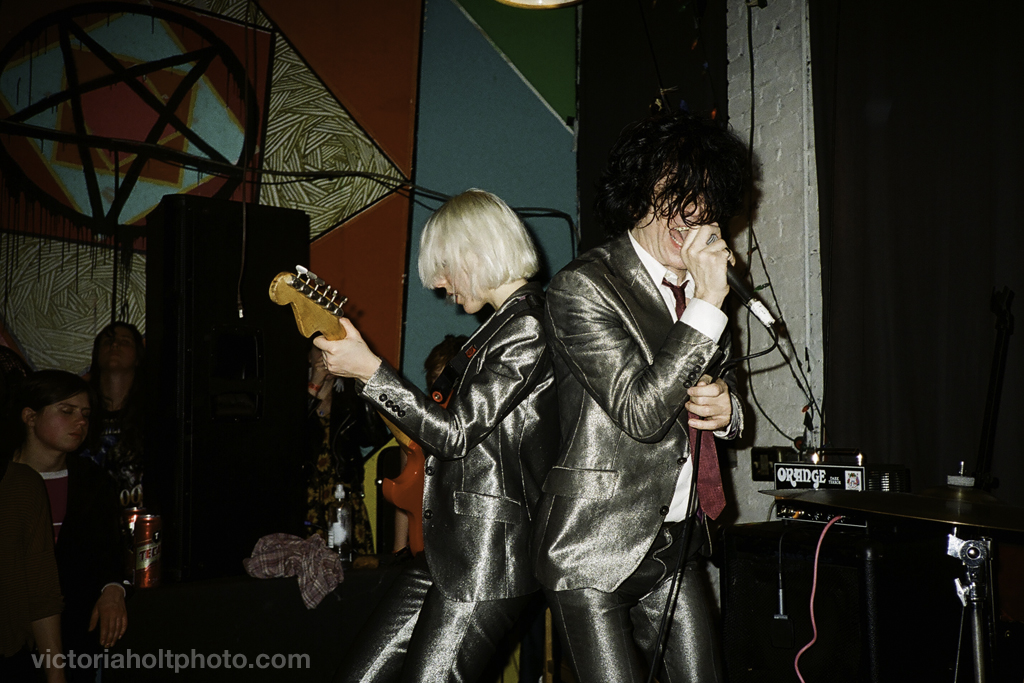 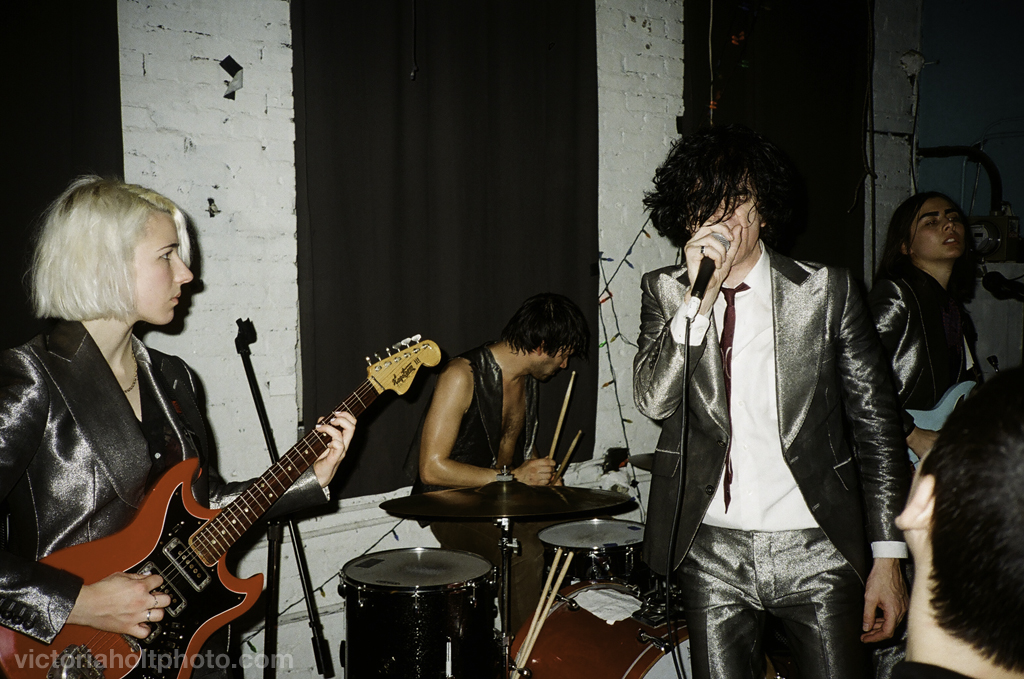 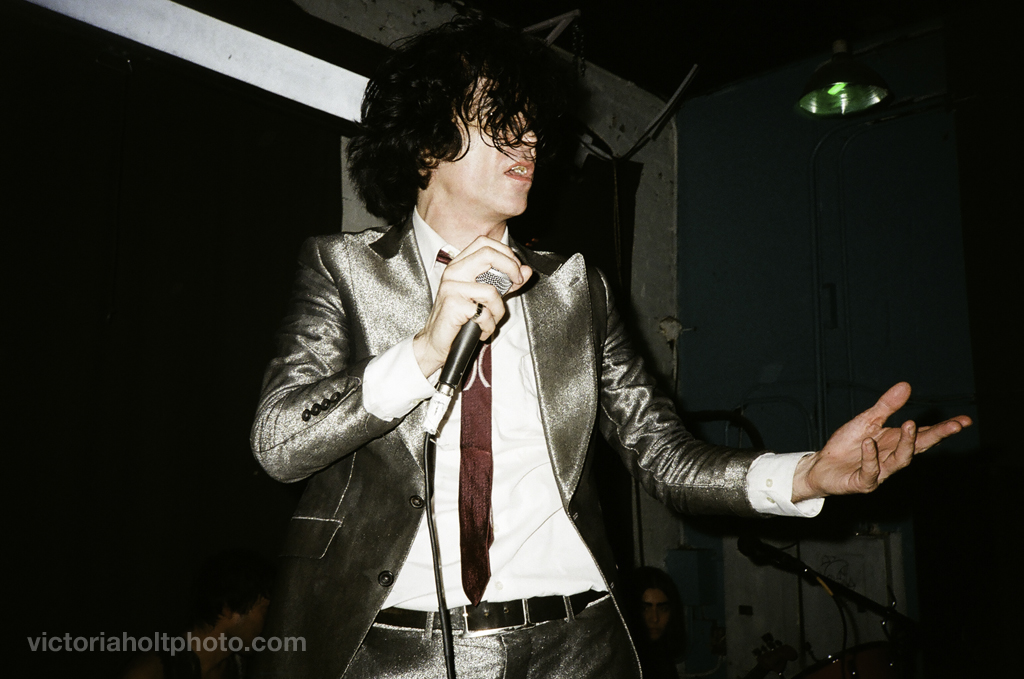 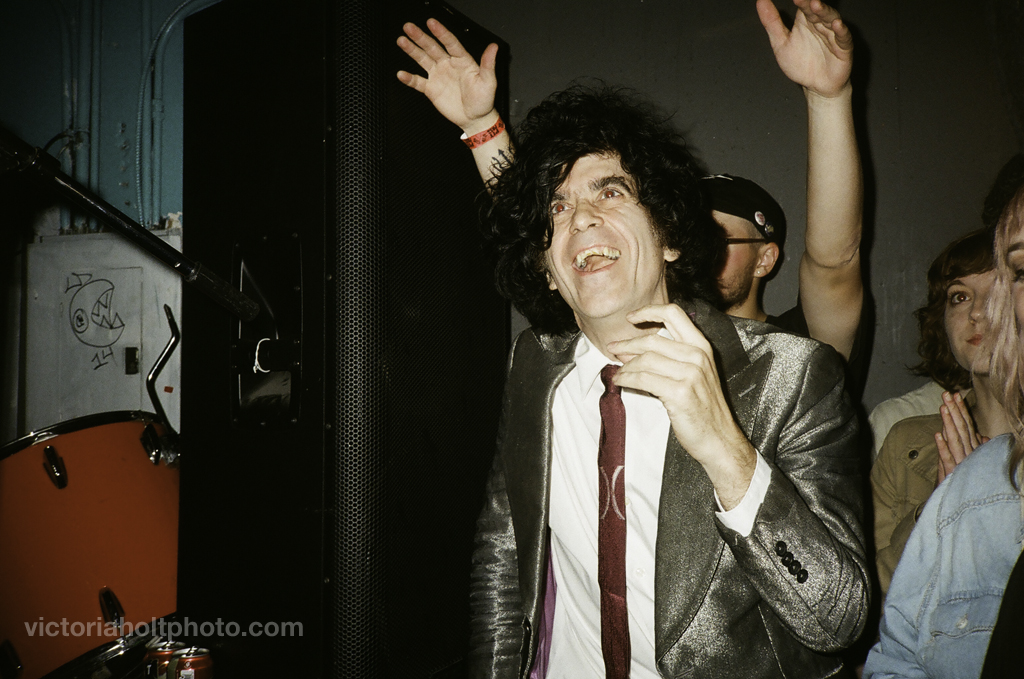 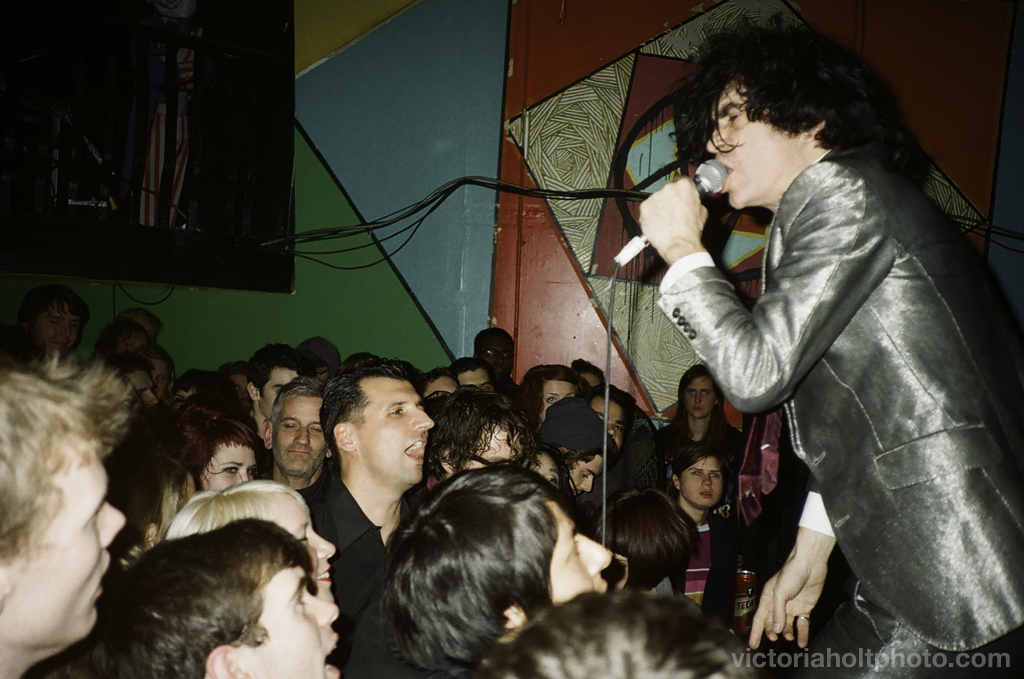 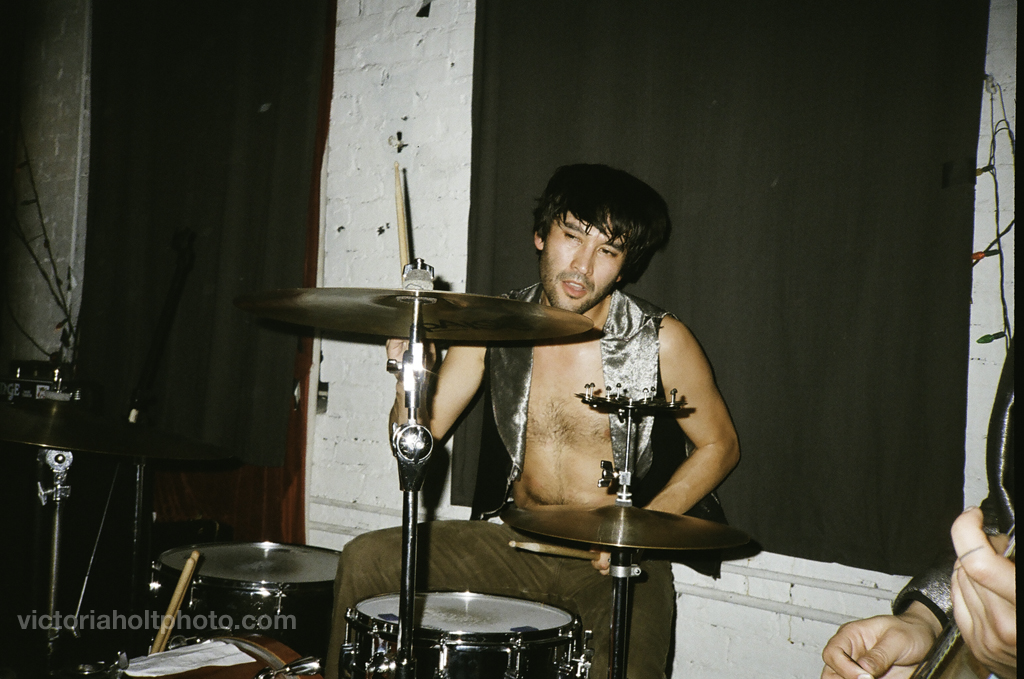 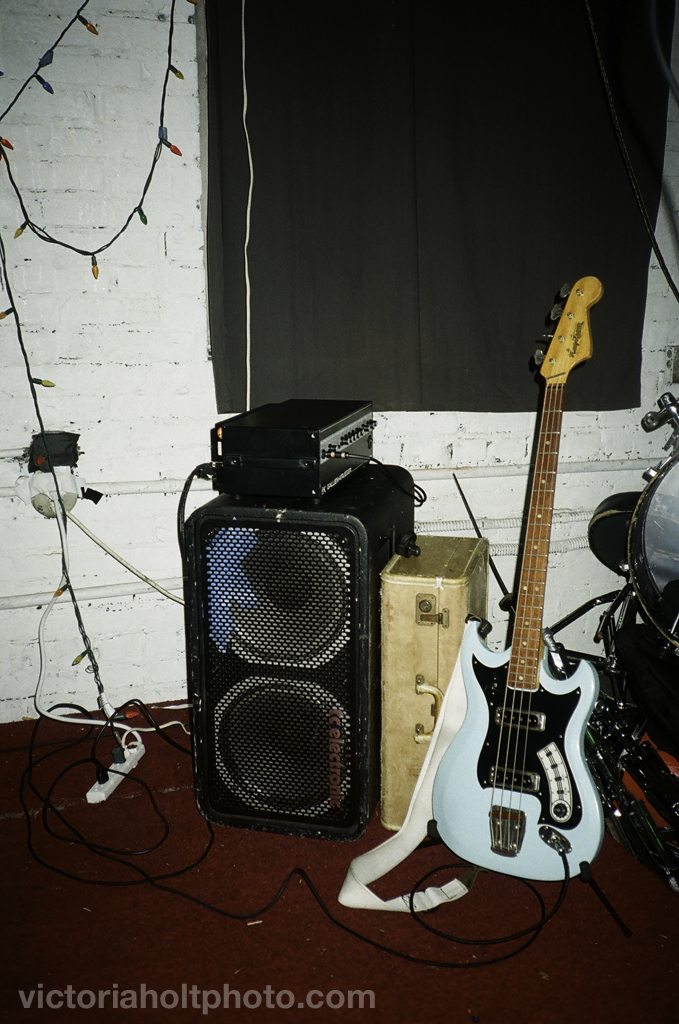 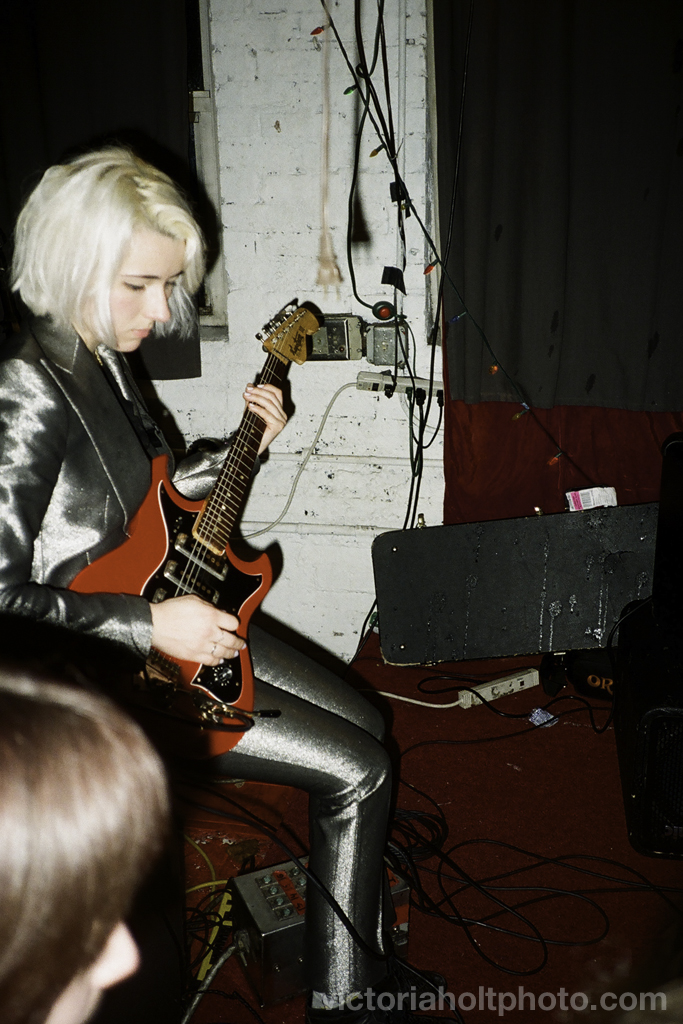 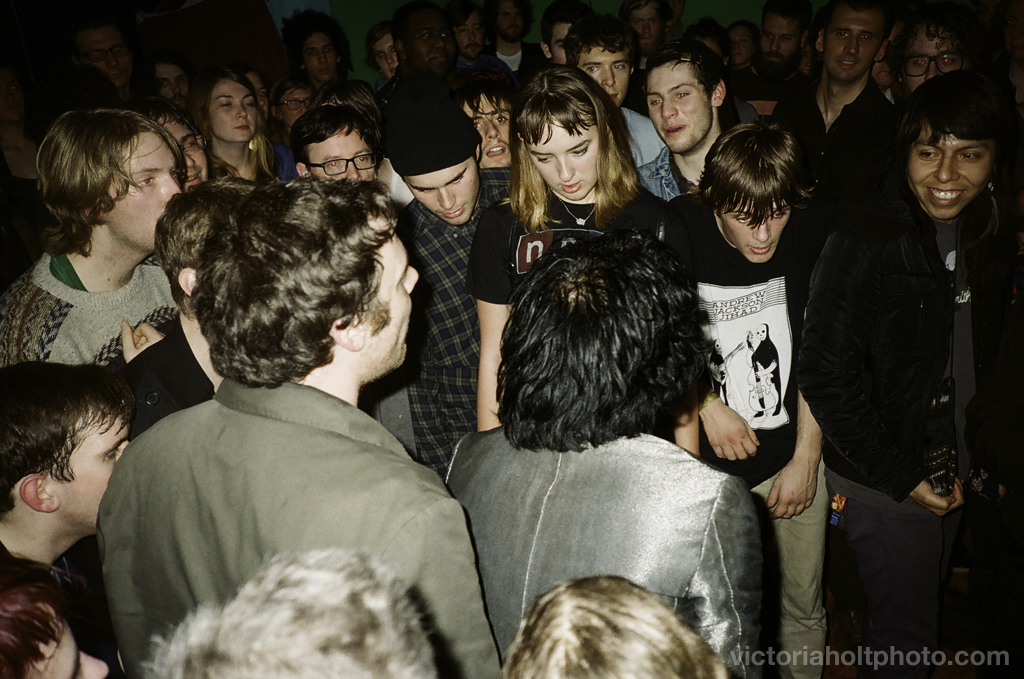 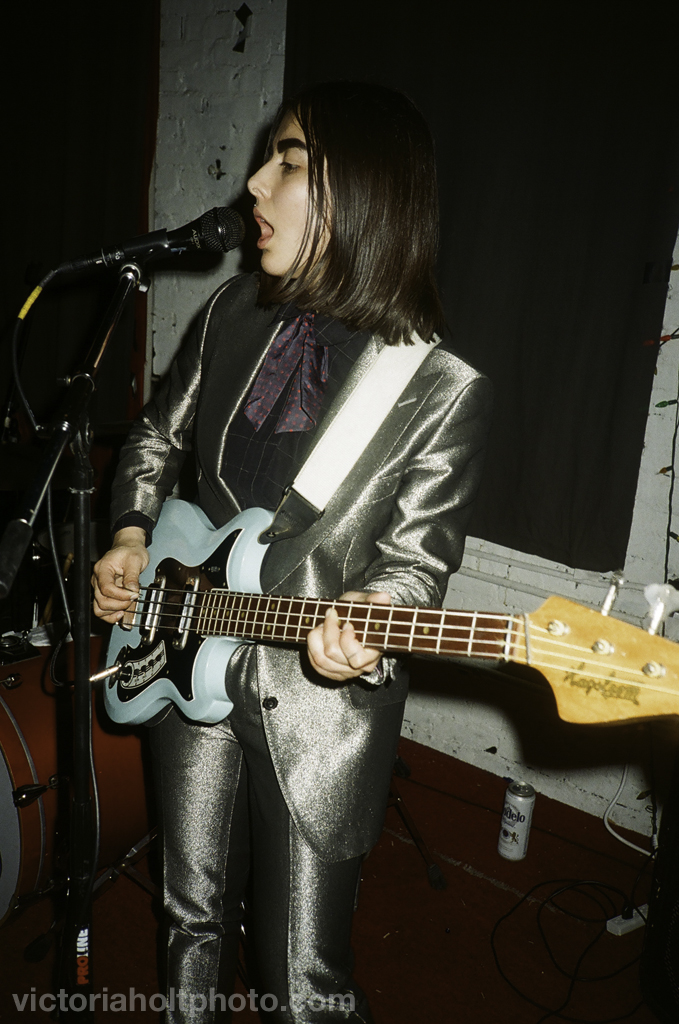 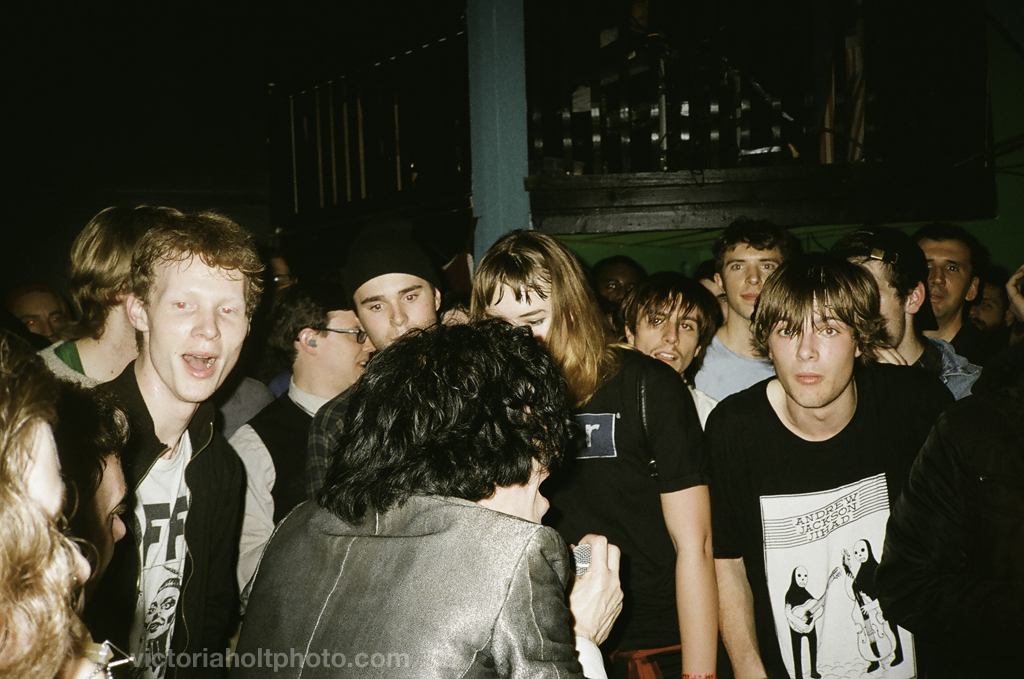 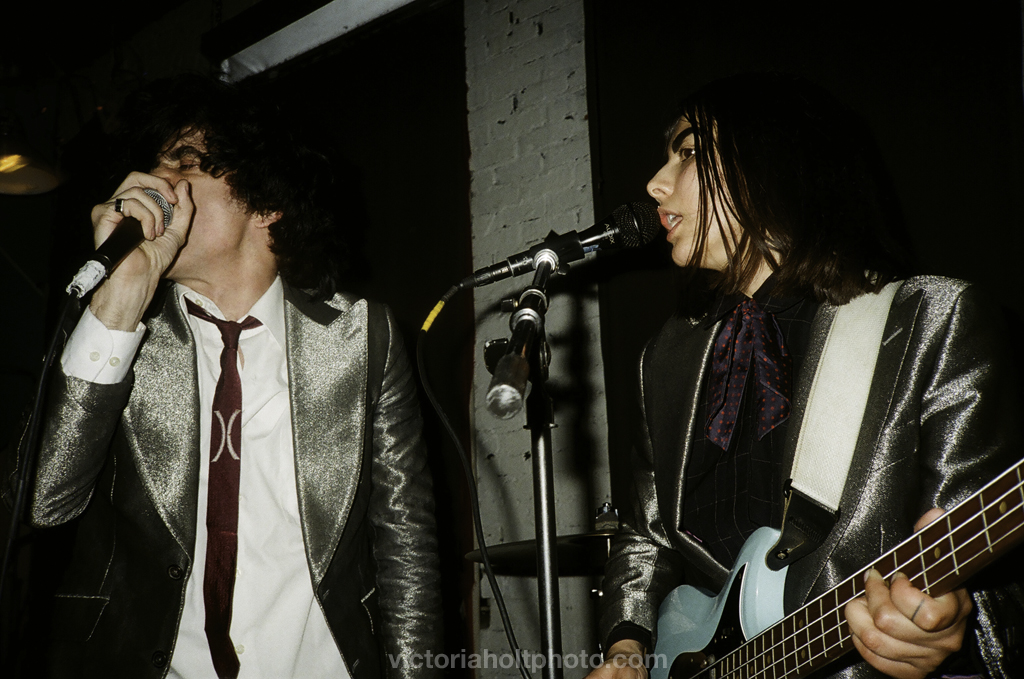 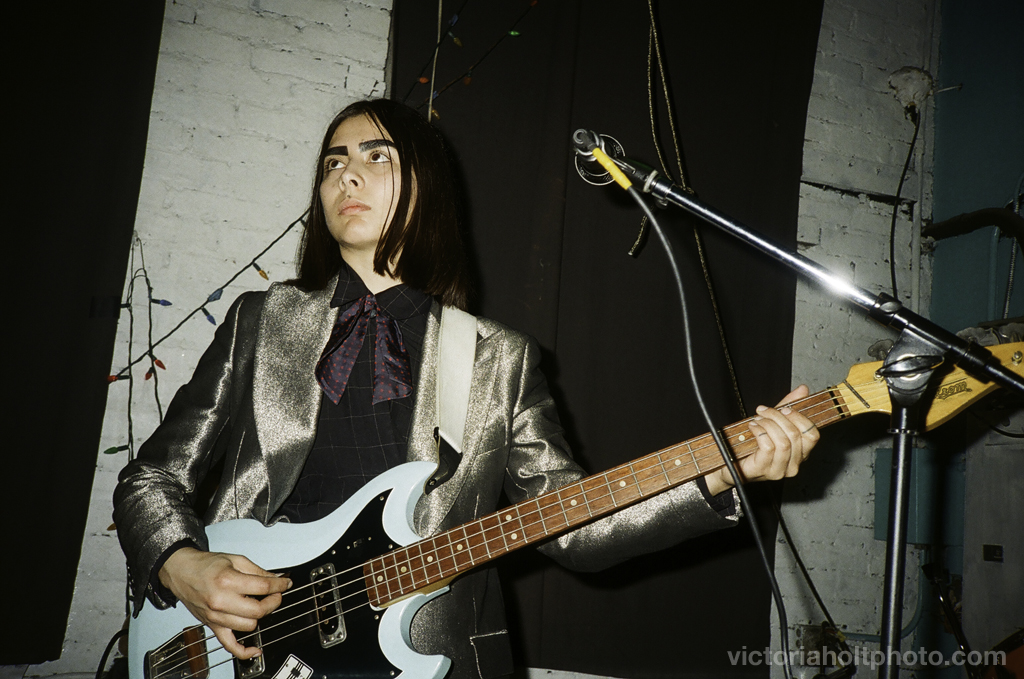 Chain and the Gang 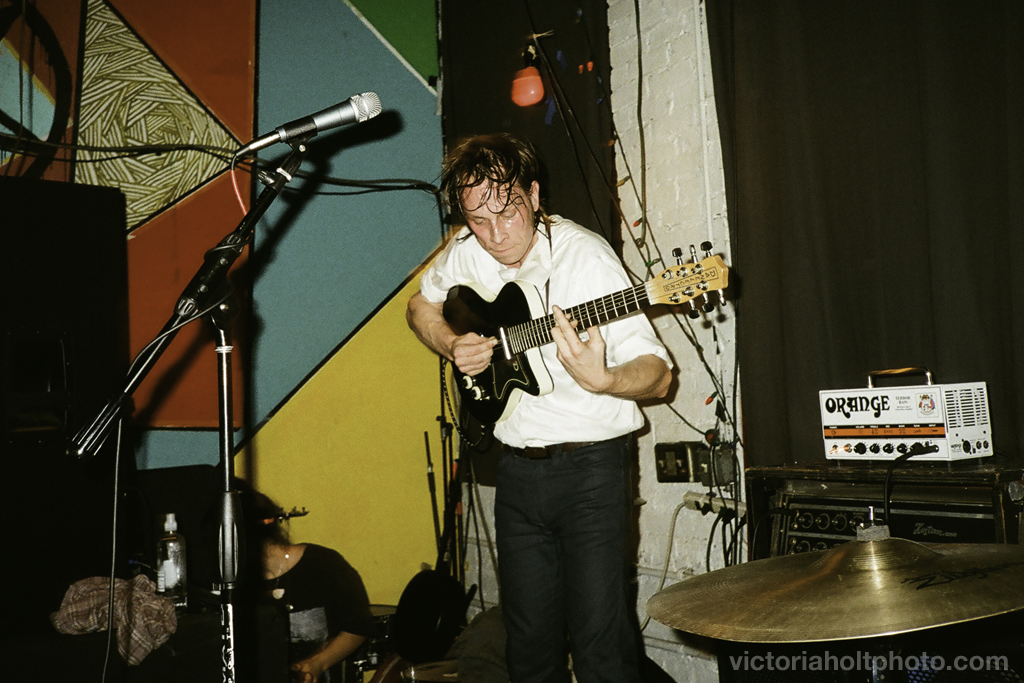 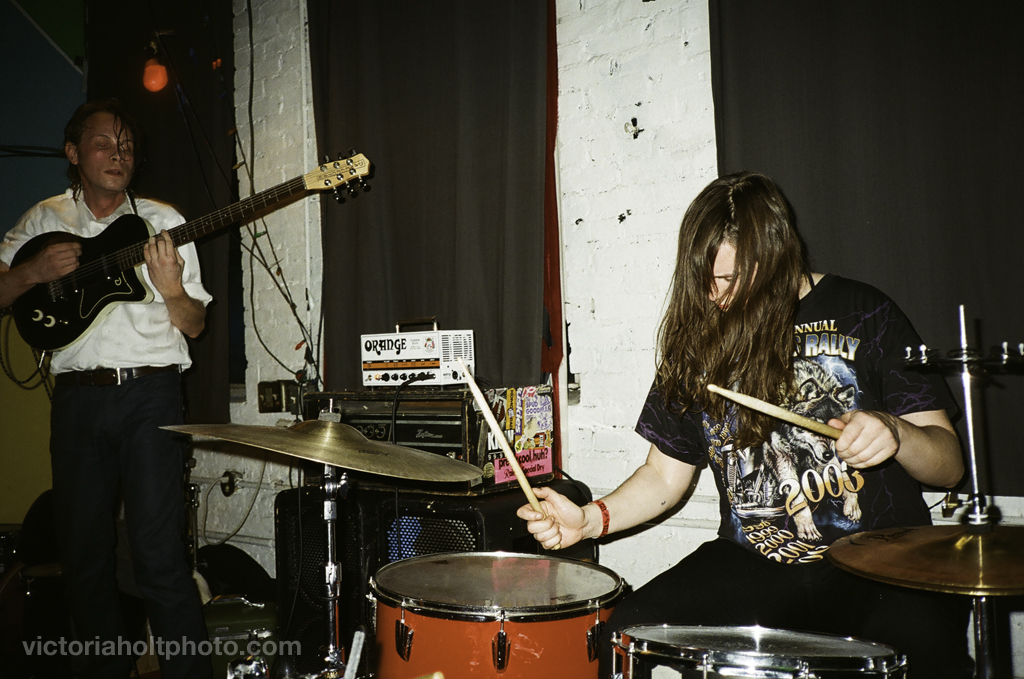 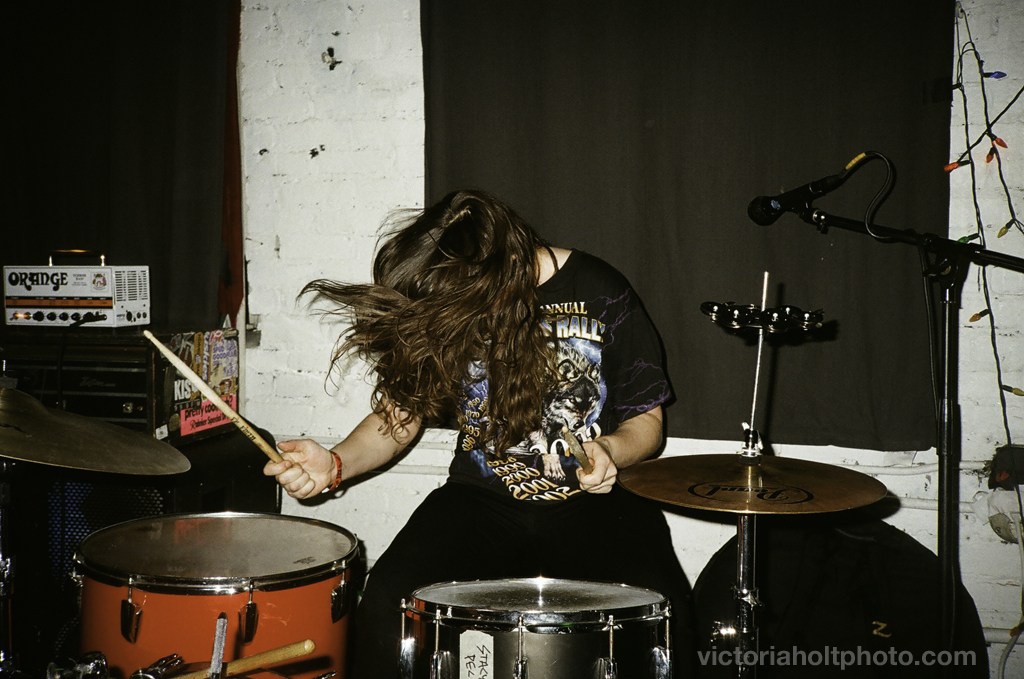 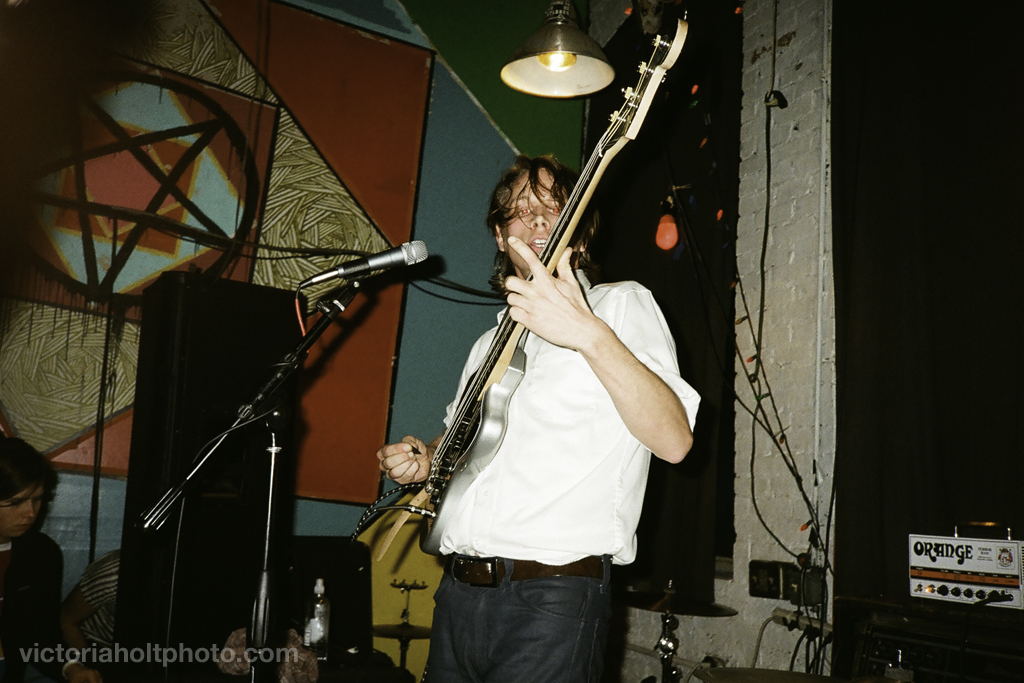 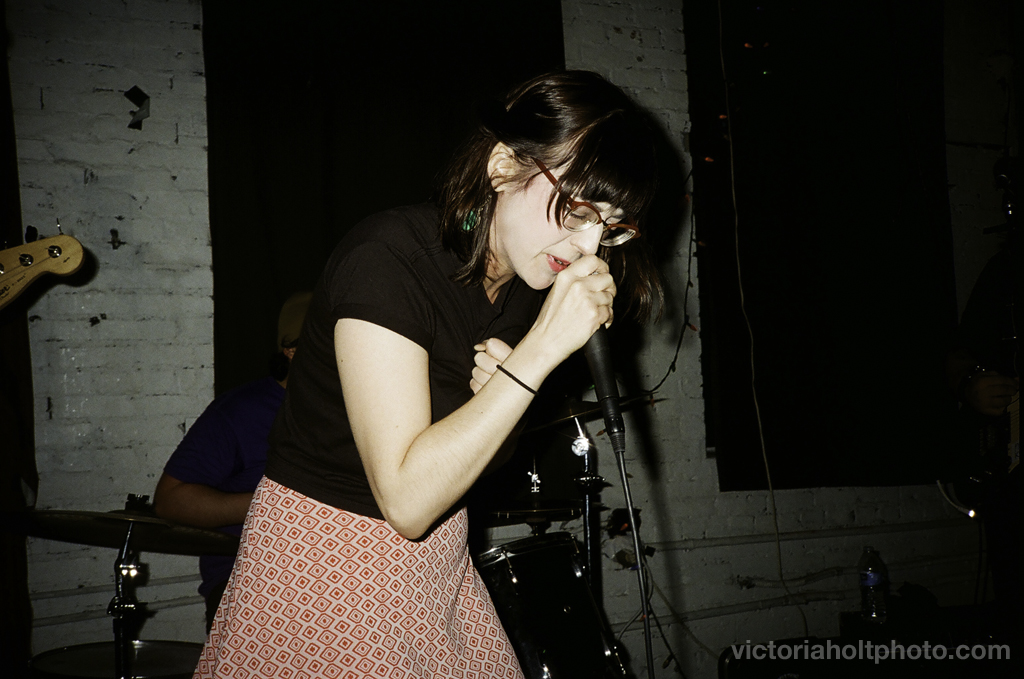 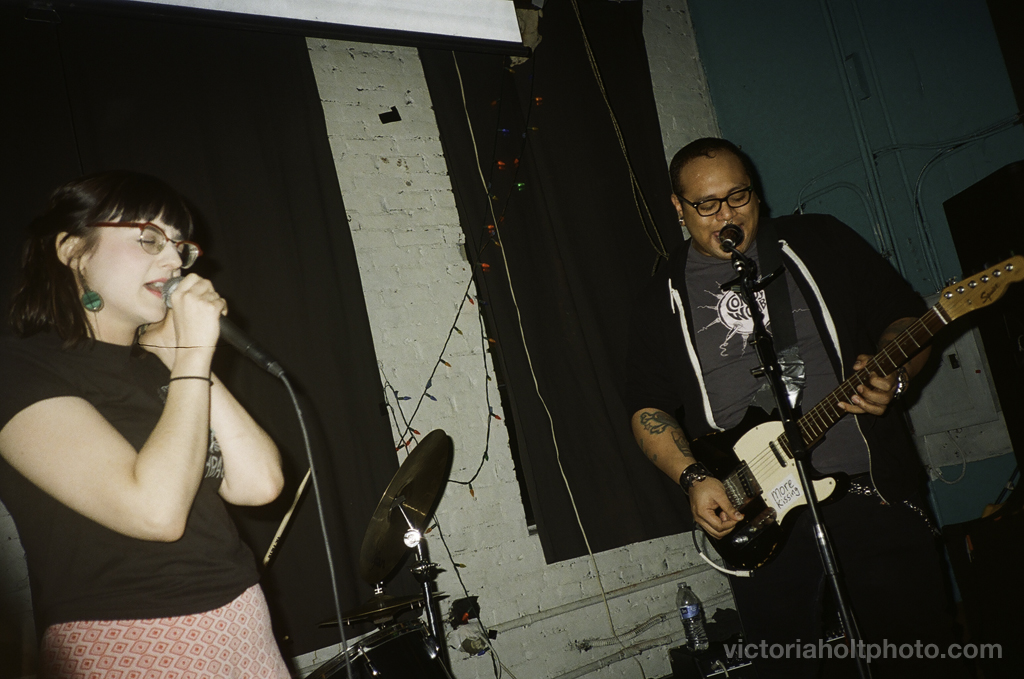 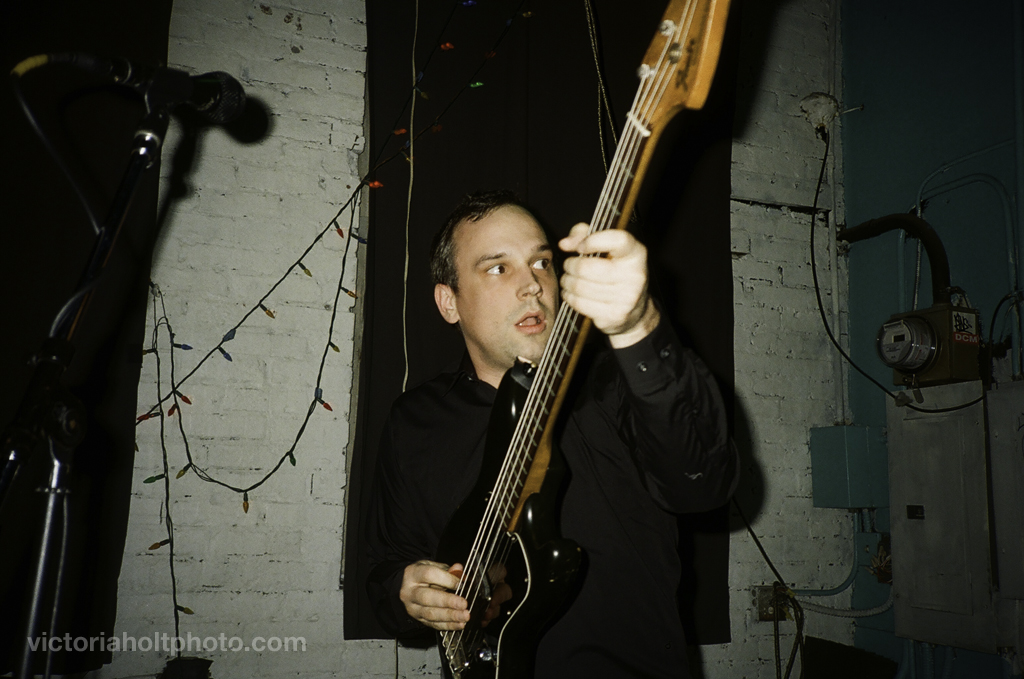 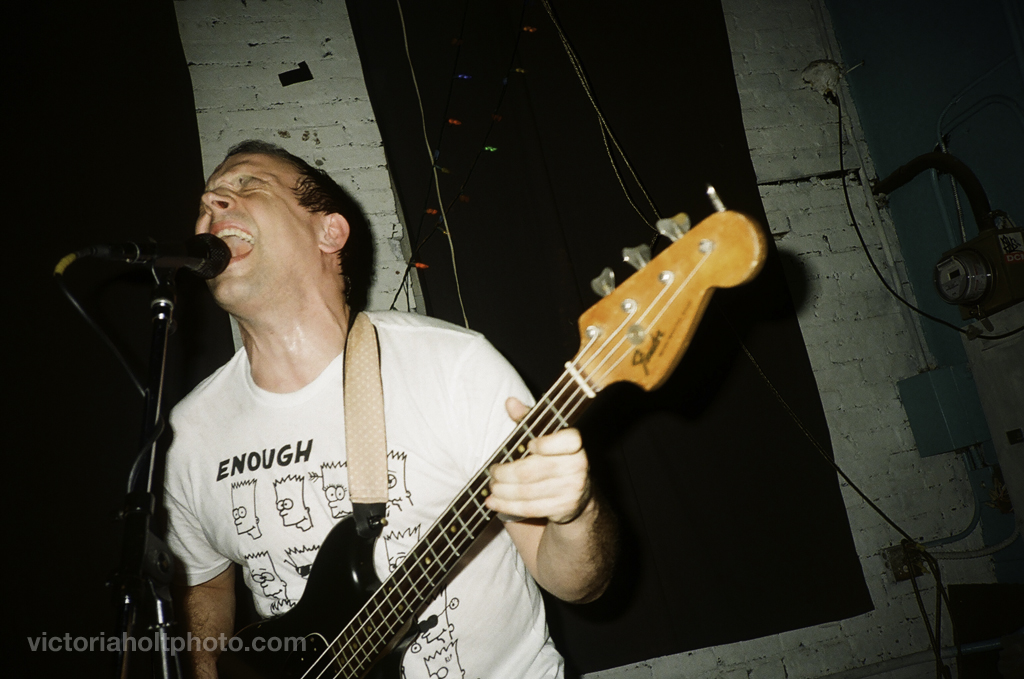 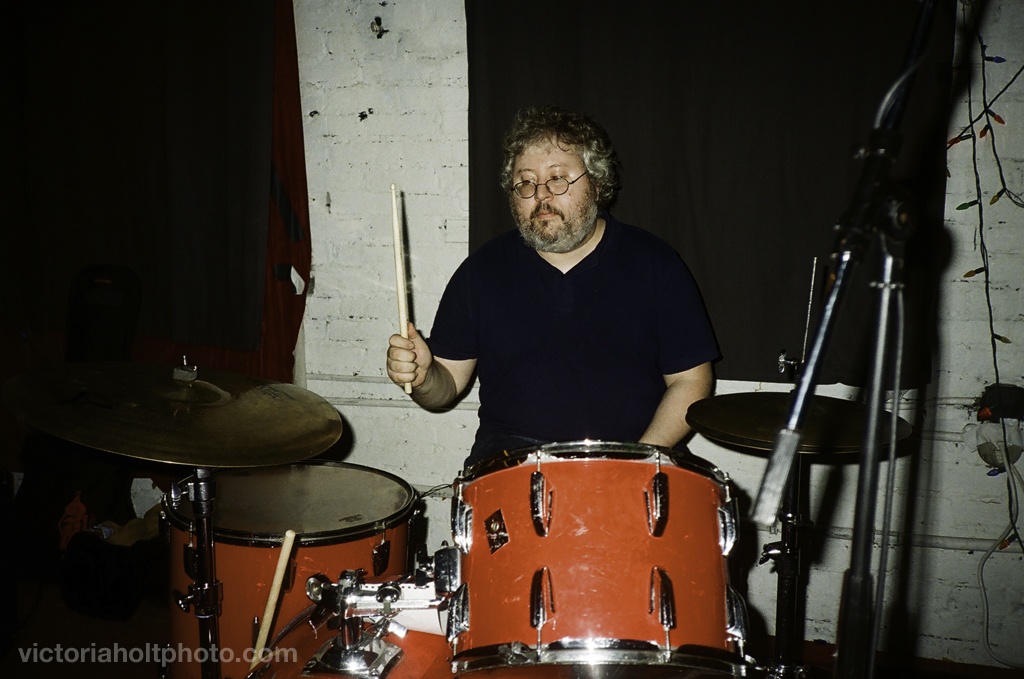 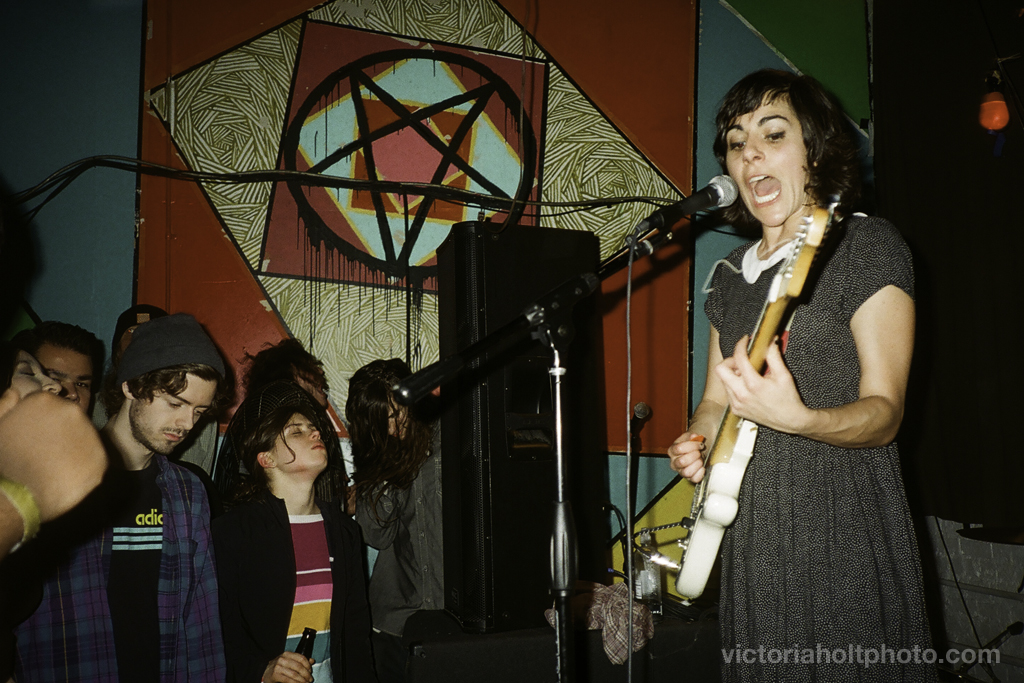 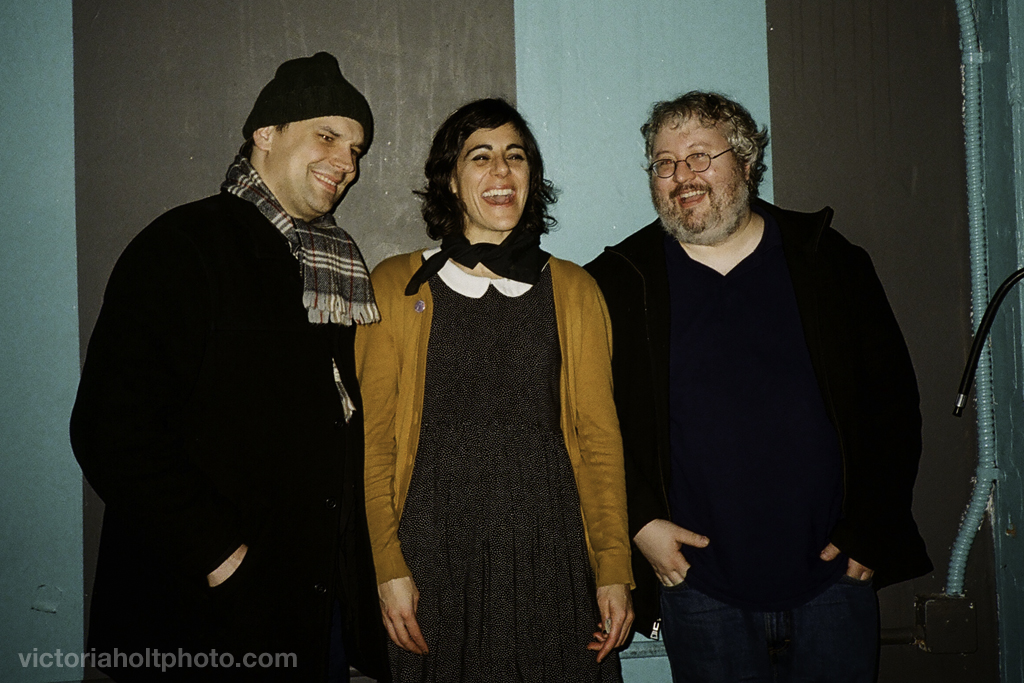 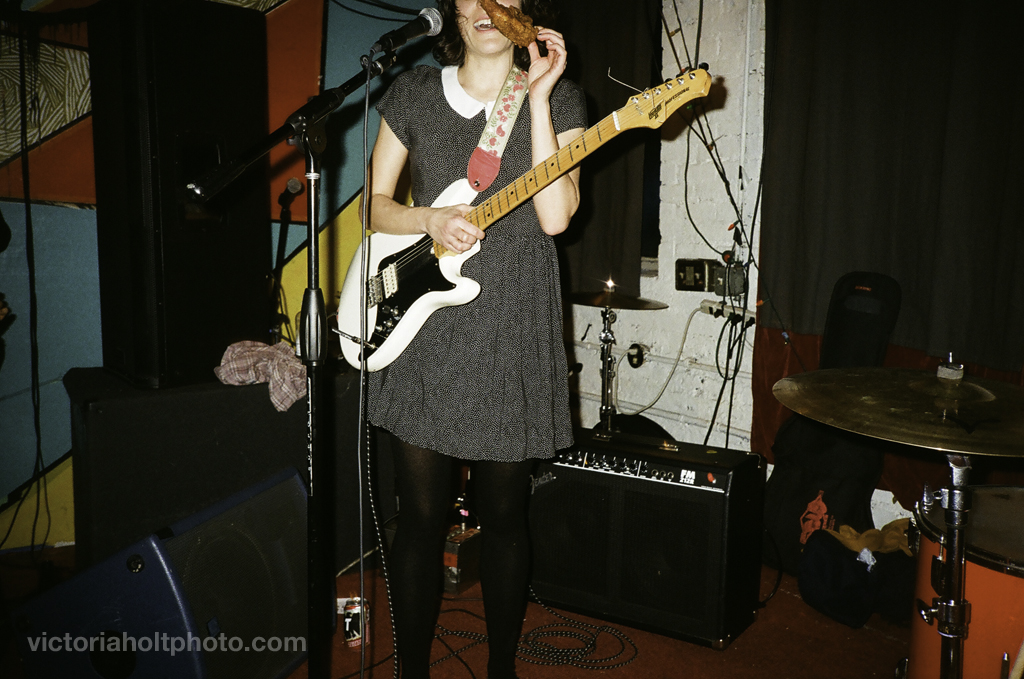 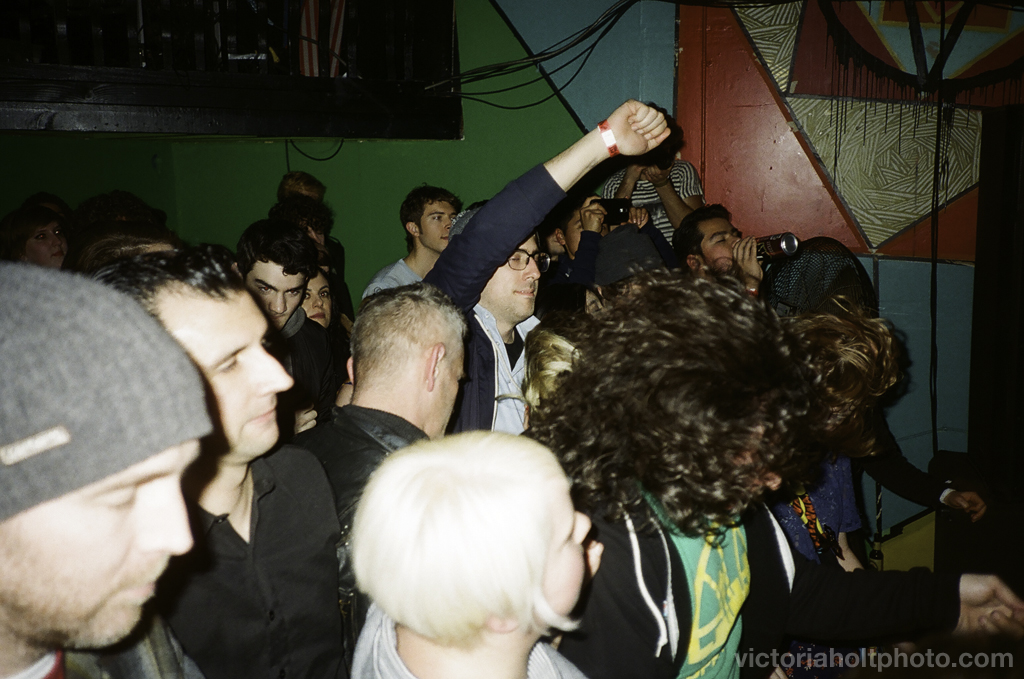