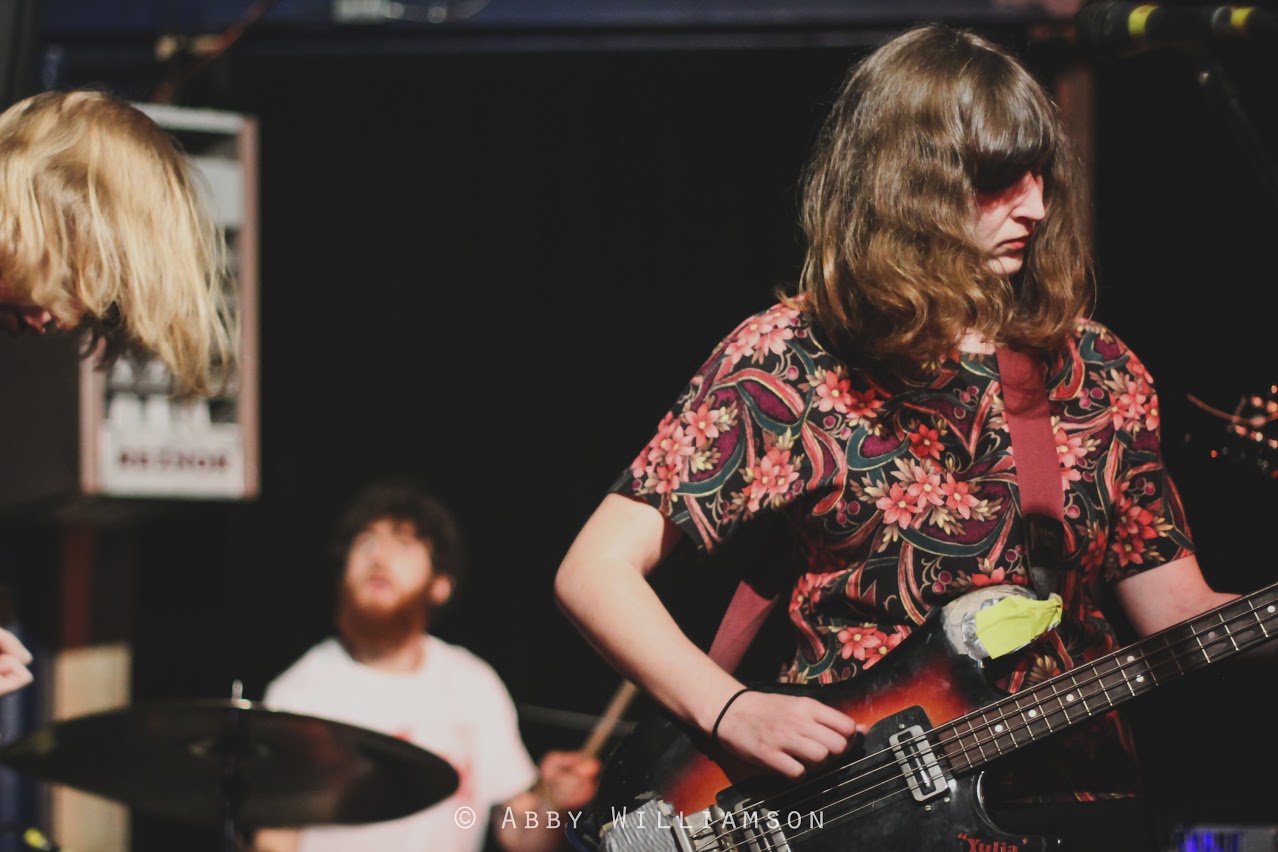 Hidden away in this rather sketchy corner of Eastlake Avenue sits El Corazon – a venue that I have literally only been to once before, at the second show I ever photographed, five years ago. What band, you may ask, brought me back to this venue for the first time in half a decade? Scottish punk three-piece PAWS opened for We Are Scientists five months ago, and when I saw that they were coming back to Seattle, I couldn’t miss it. Even if it was at a venue I was less-than-stoked about going back to.

This time the PAWS boys were on tour with Brooklyn’s Total Slacker and Orlando’s Flashlights – so it was quite the worldly bill, all cramped into – what I came to find out – not El Corazon, but the lounge next door. Shows how much I pay attention.

Opening the show was Flashlights, with punk rock that rang both sunny and melancholy at the same time. One might have the audacity to call them “emo,” but in the most endearing way possible. One might also compare them to Surfer Blood, but more free and less “twee.” I had no idea what to expect, but I thoroughly enjoyed their set. Even if it was a bit short. But they left me curious to find more, so that’s a good sign. 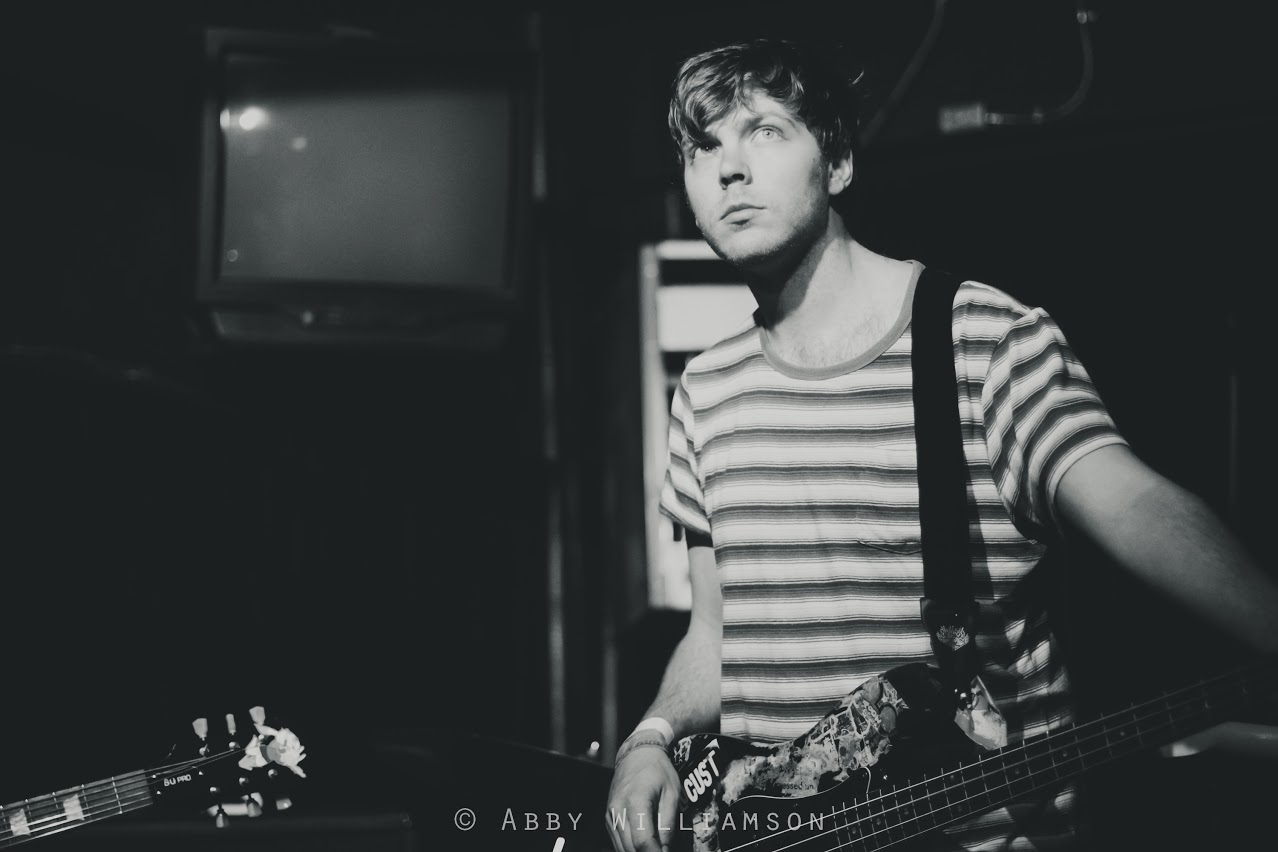 After a bit of a wait, PAWS took the stage, and I knew something was up. The set was awesome – ferocious, angsty, and powerful – but I could feel it all maybe too much. After a few songs, singer Phillip Taylor grabbed the case of water and threw it over his shoulder and exclaimed, “everyone, stay hydrated! It’s been a rough day at the office.” Now, some people might have been turned off by what’s called the “rock star” attitude, but PAWS was letting it all out on stage. Personally, I’d rather someone be real with a crowd and let us experience it with them than put on a façade and play a part. Sometimes you just have a bad day, and it’s moments of humanity like these that remind me of that. And honestly, what better way to get out frustration than screaming into a microphone, “Tired of acting like I don’t care, ‘cause you know I care, at least you think I care!” 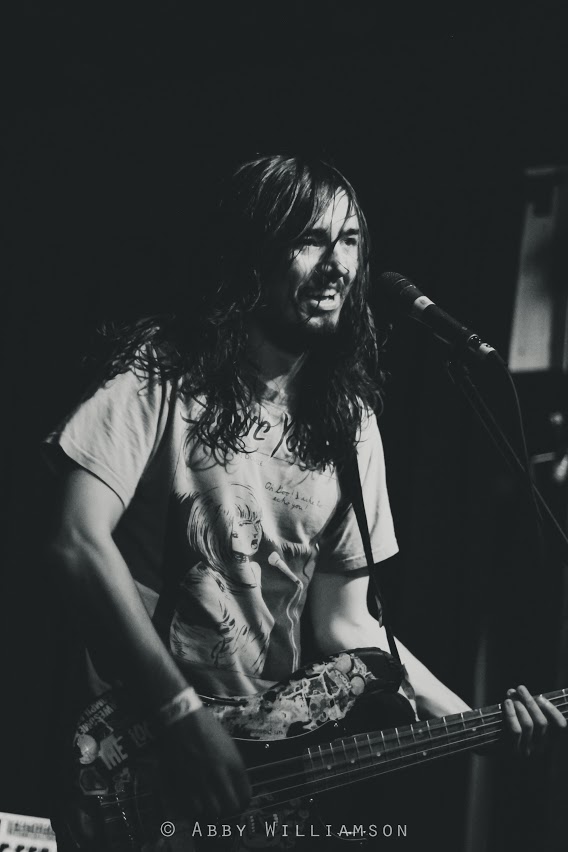 After collecting up water bottles from the floor, PAWS lugged out all their gear to make way for Total Slacker, who looked exactly like one would expect with a name like that. A hybrid of grunge and shoegaze, I guess Total Slacker calls themselves “slime gaze.” What does that even mean? Maybe the soundtrack to a bad horror movie you could find at Scarecrow Video? I’ll just tell you – the music truly bring me back to the days of Nirvana (though I was only five), but with softer and more melodic vocals. It was somehow dirty and sexy all at the same time. Smutty. Could one call music “smutty” in a positive way? Whatever, I’m doing it anyway. I’d gladly see Total Slacker again, so I’ll have to keep an eye out for the next time they come back. 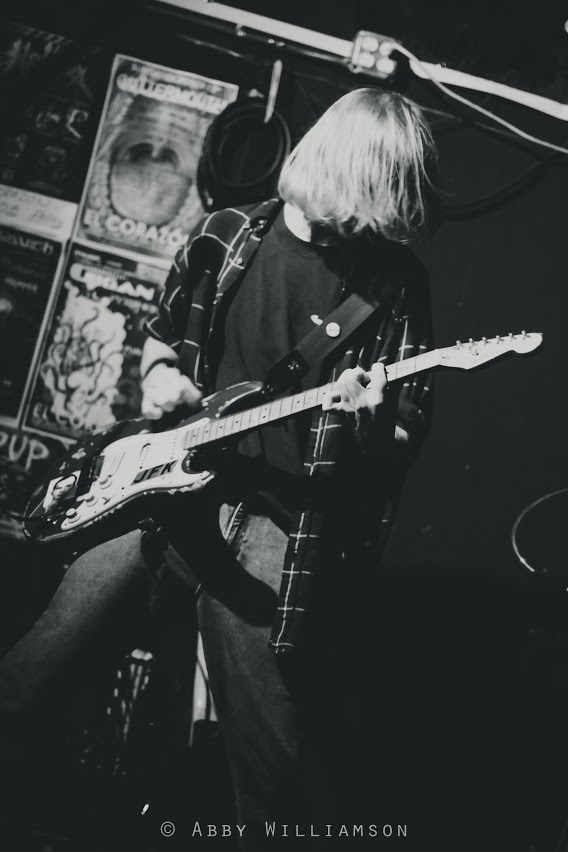 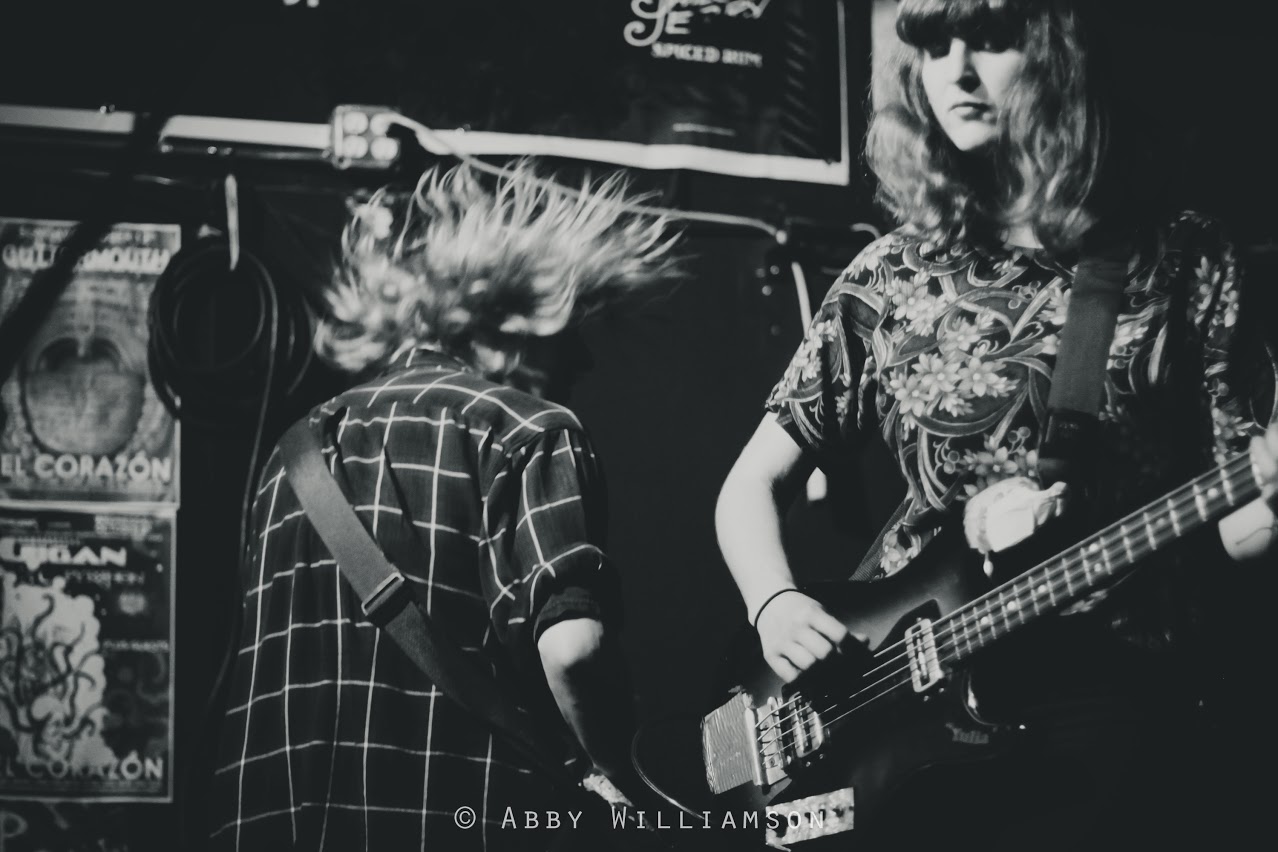 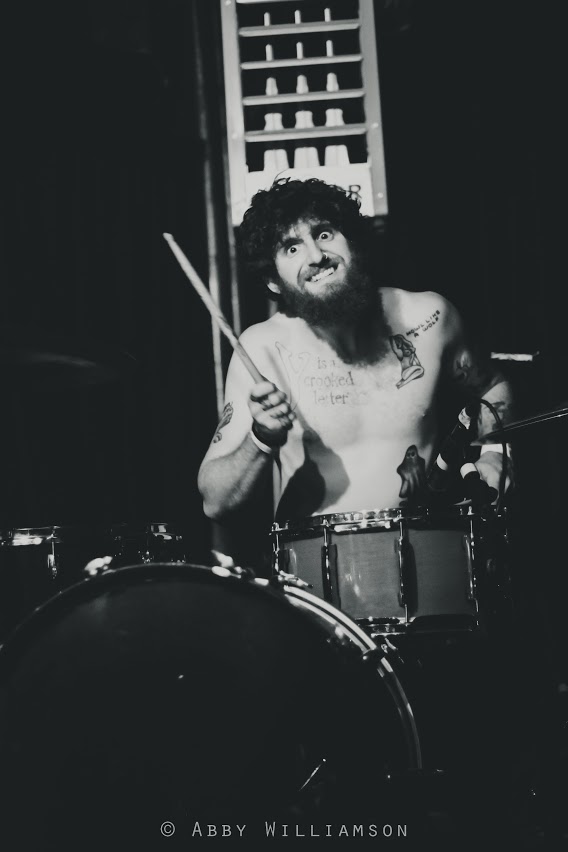 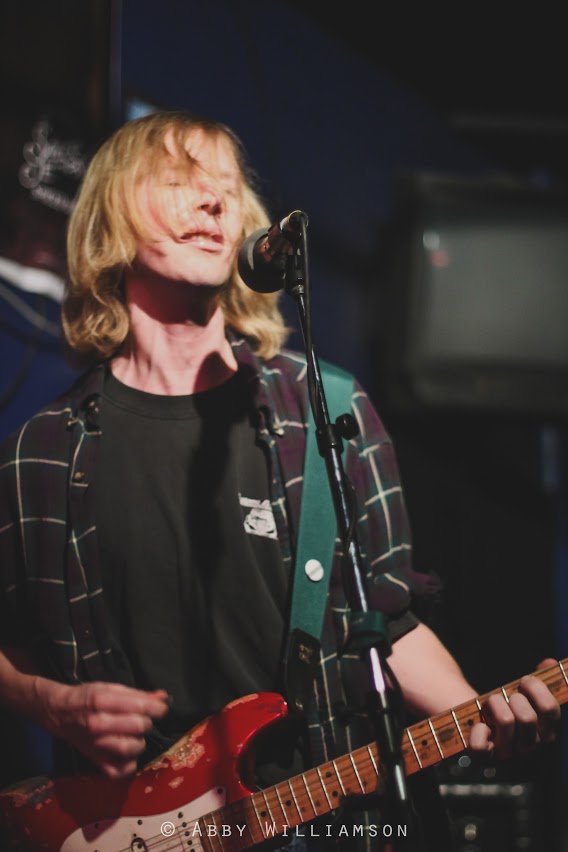 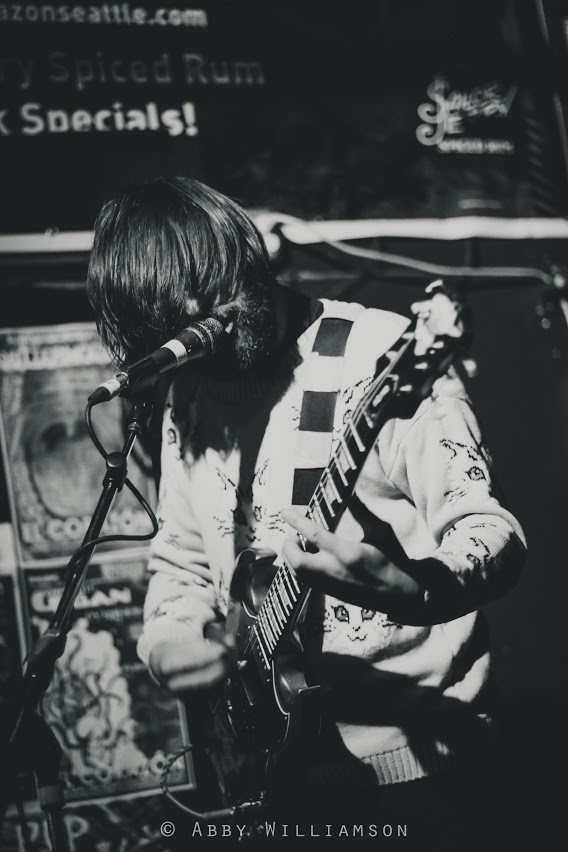 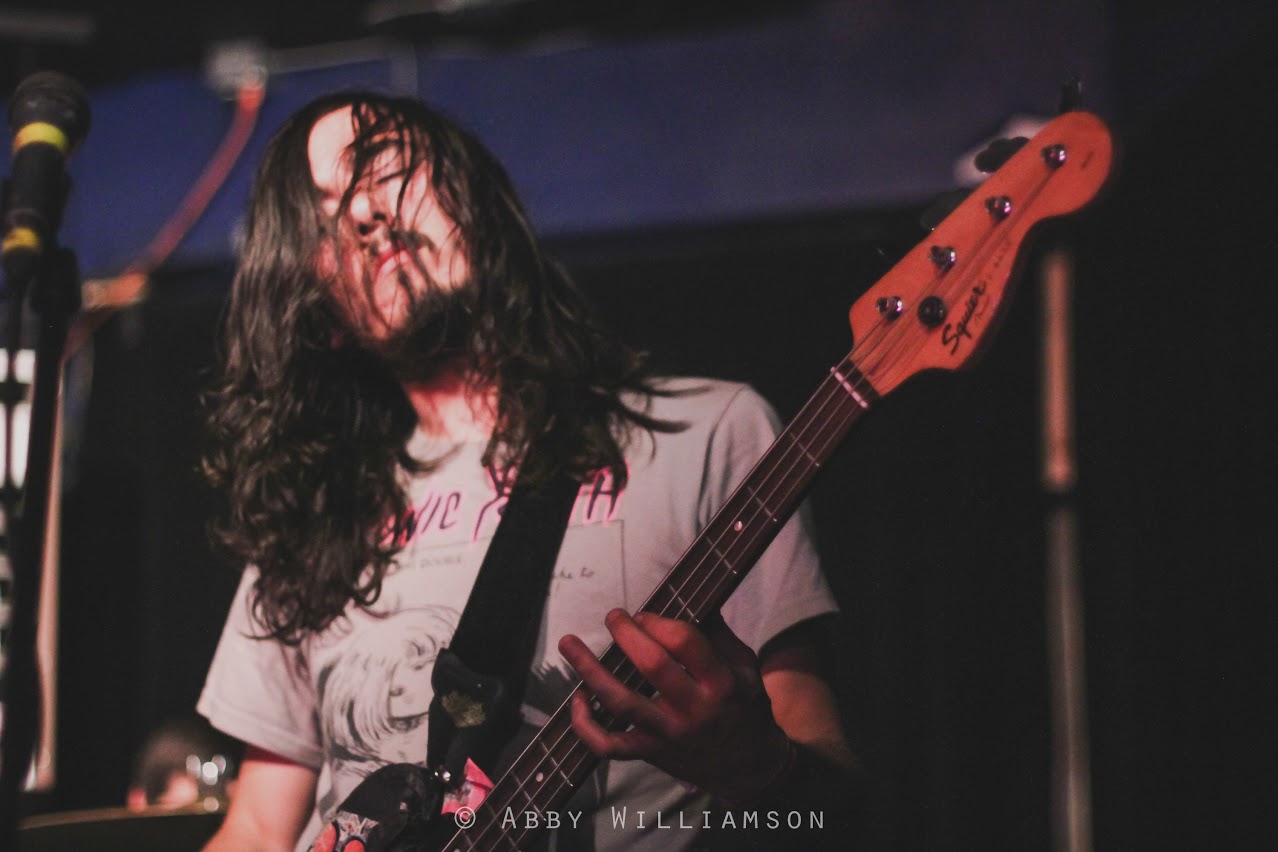 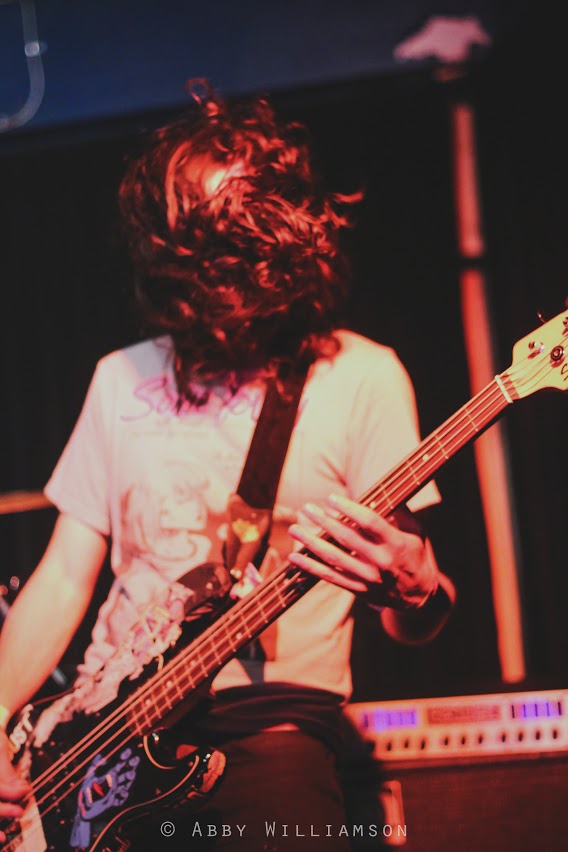 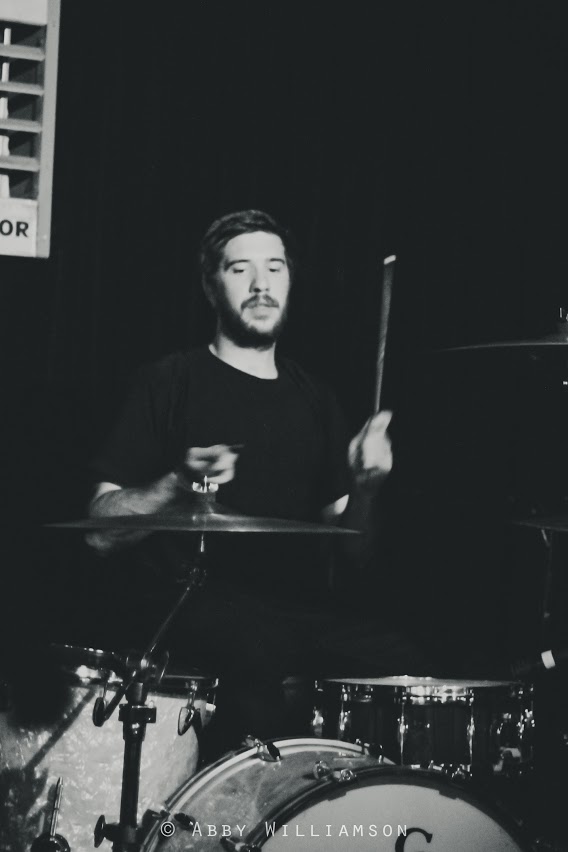 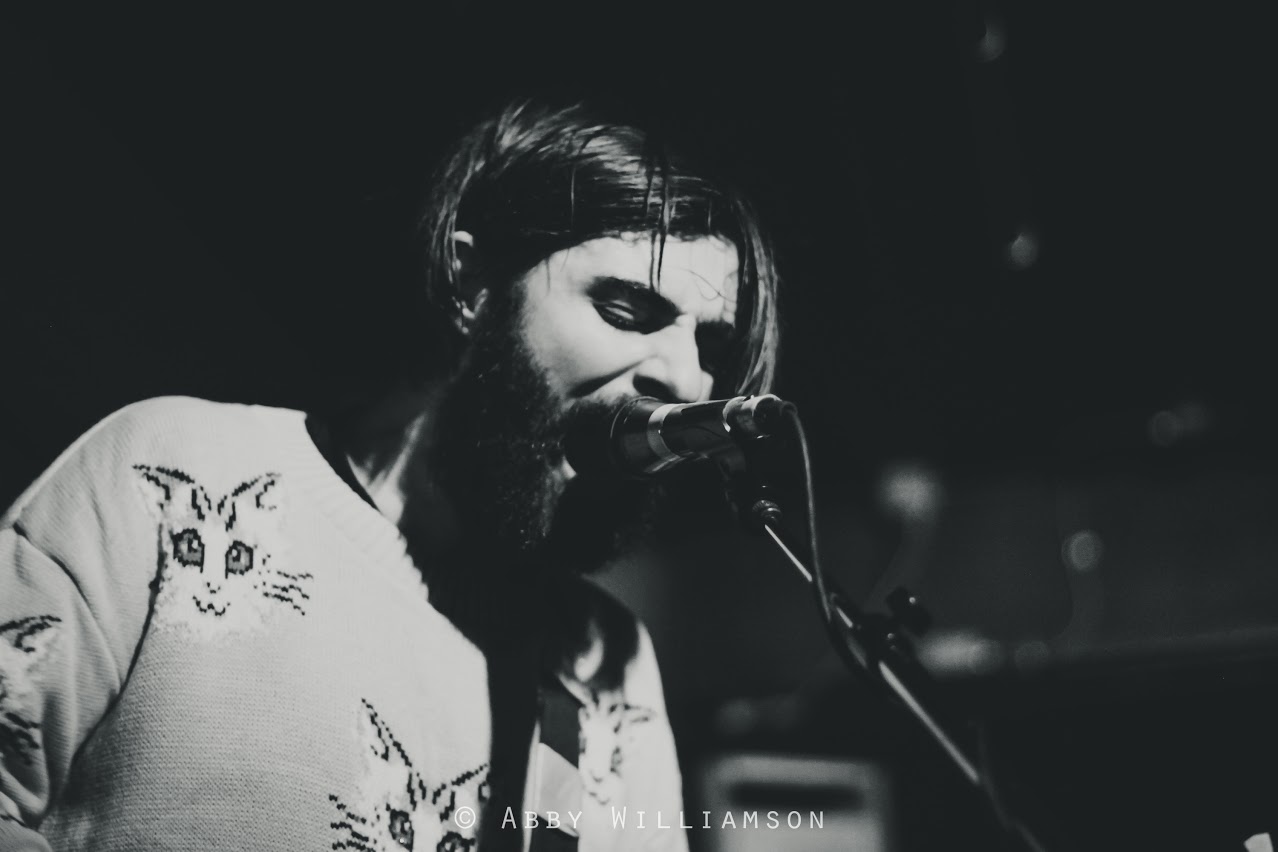 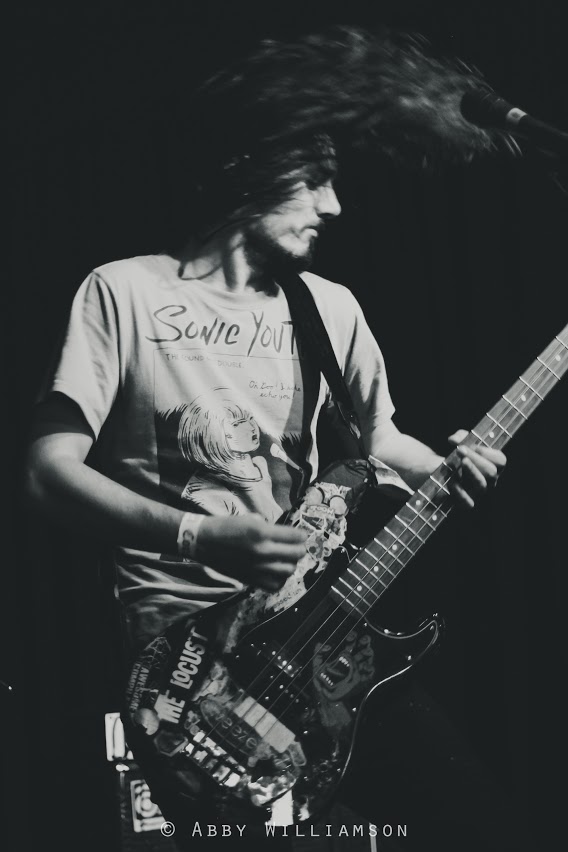 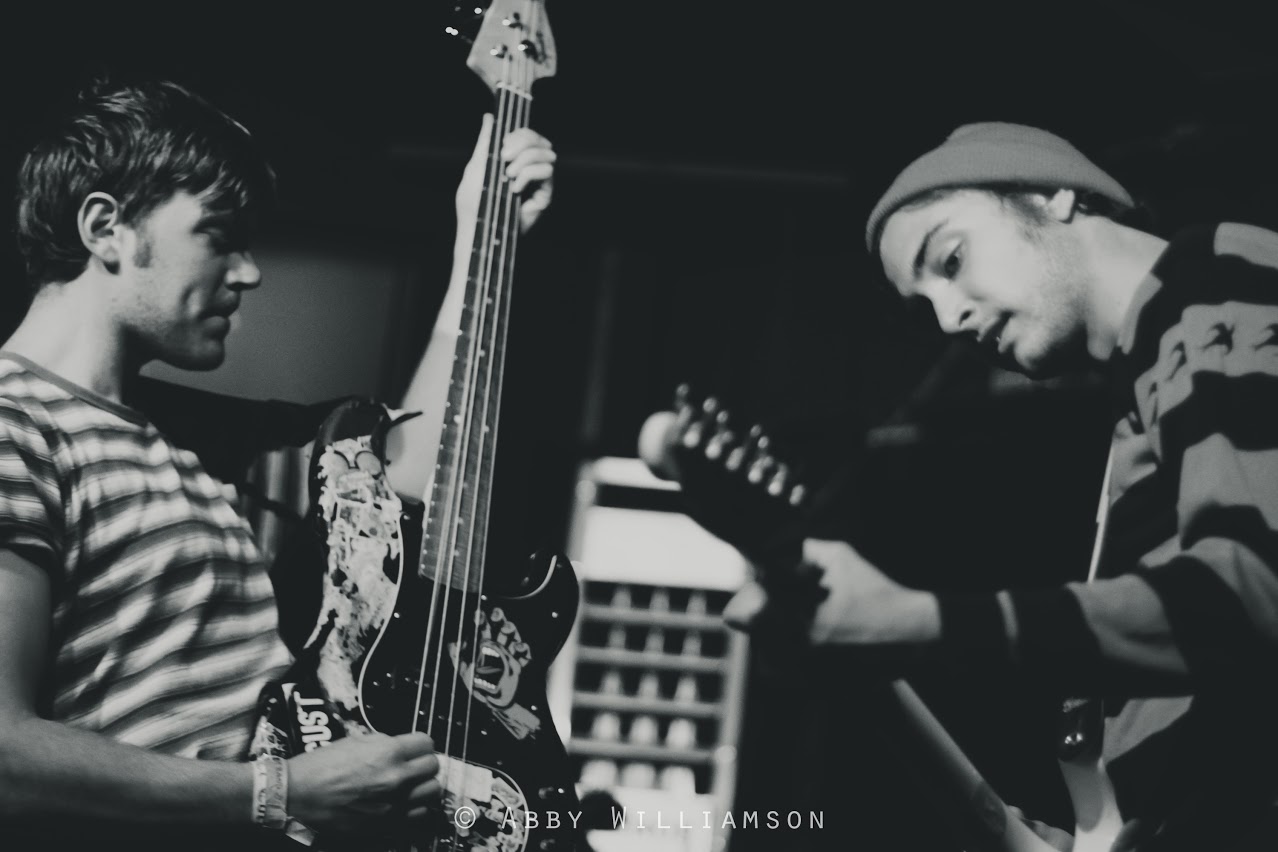 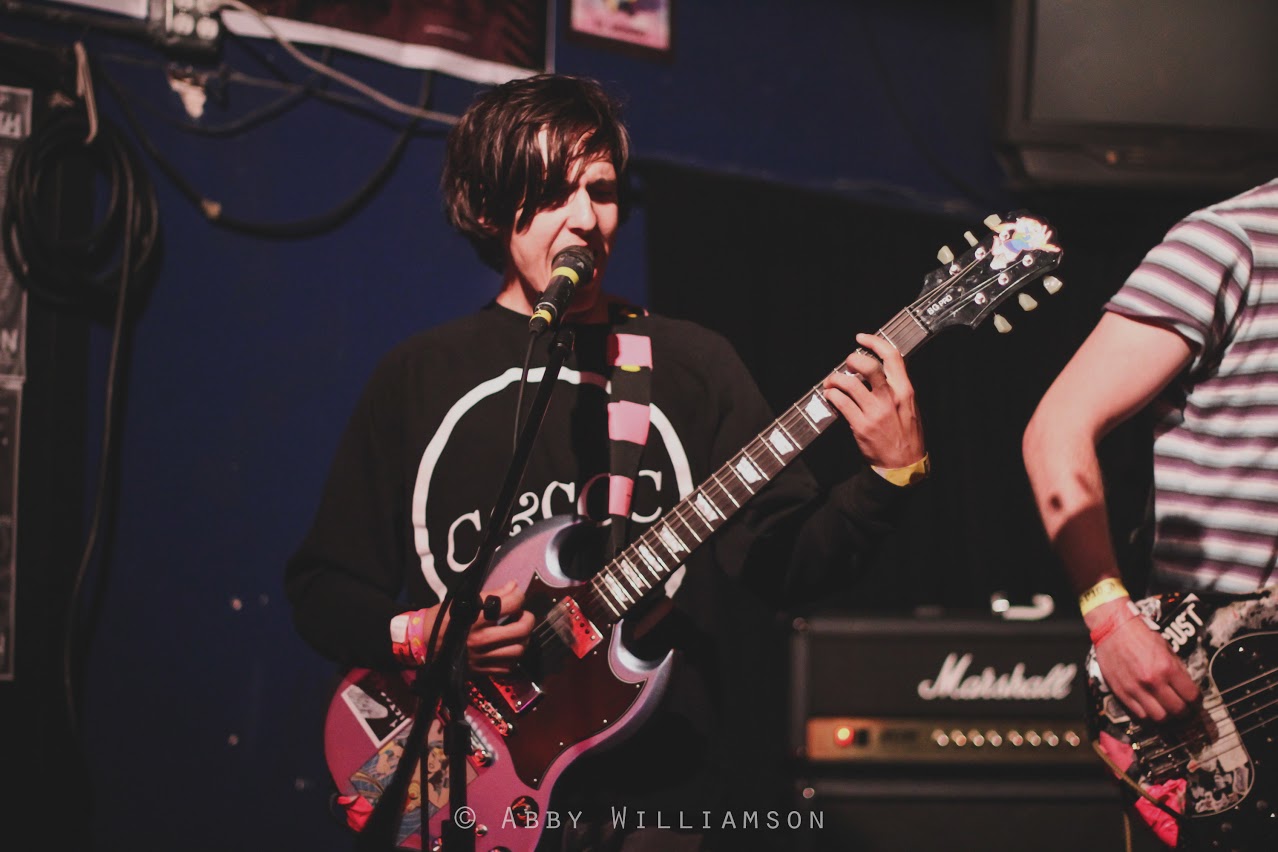 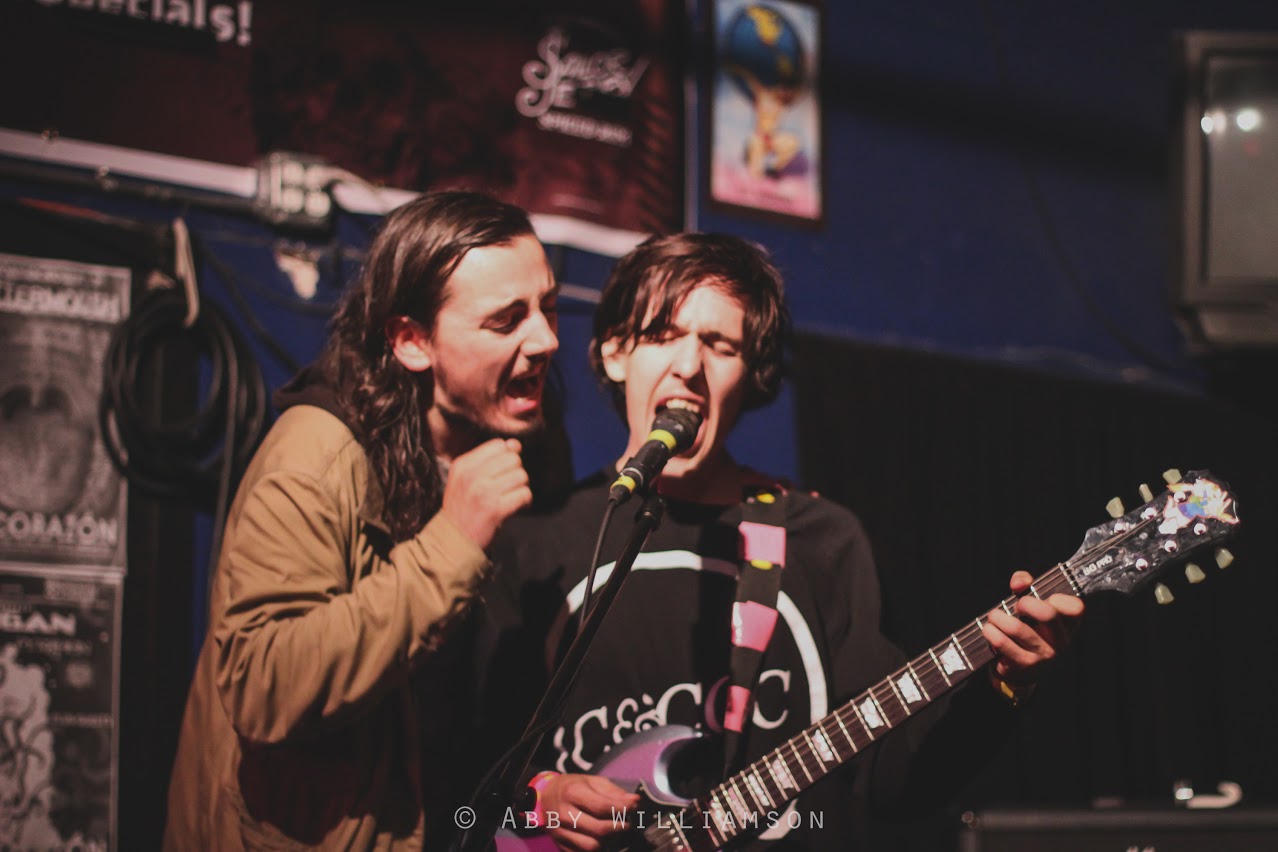