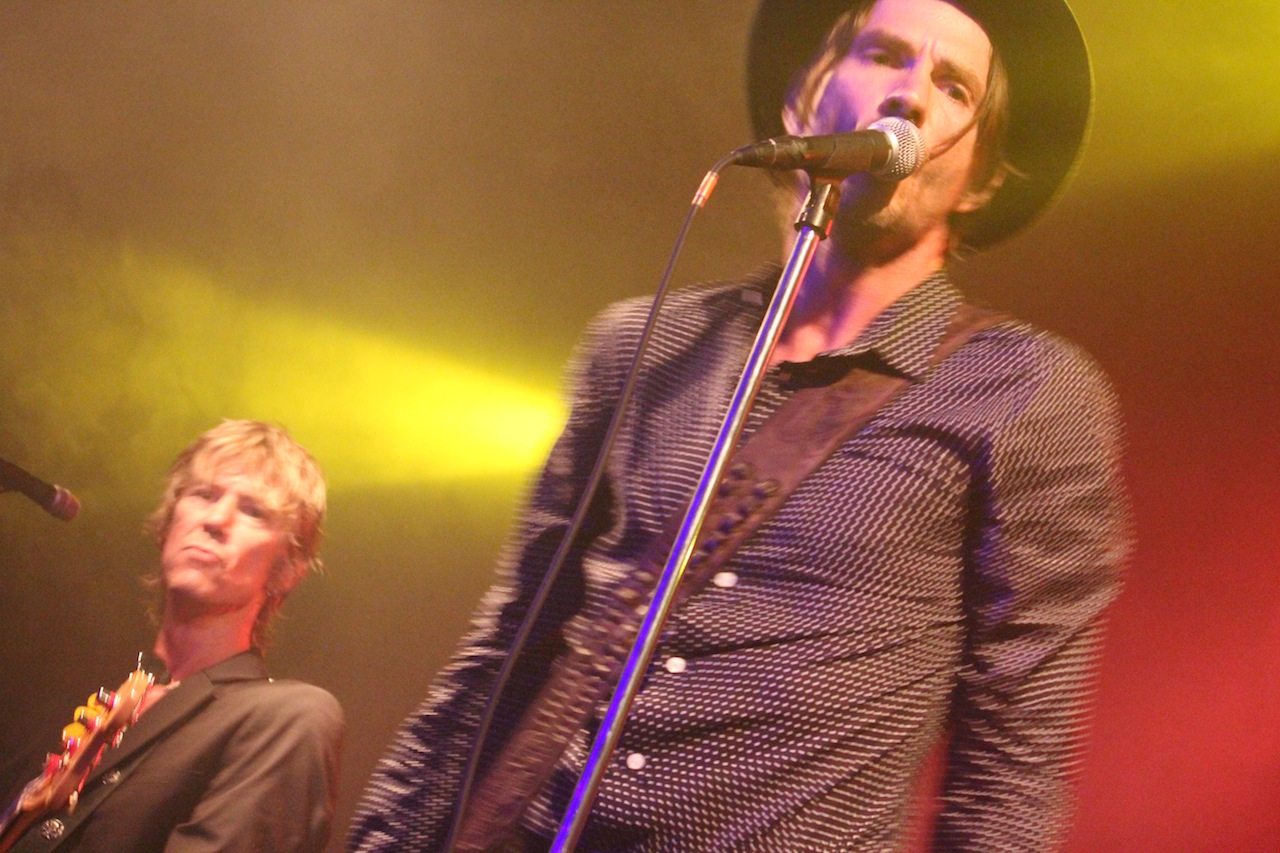 On Friday, September 19th, a sold out audience at the Crocodile Café bore witness to the triumphant return of Walking Papers, featuring some of the Pacific Northwest’s most accomplished musical sons. The Seattle-based supergroup, which consists of vocalist/guitarist Jeff Angell (the Missionary Position), bassist Duff McKagan (Guns N’ Roses, Velvet Revolver), drummer Barrett Martin (Screaming Trees, Mad Season, Queens of the Stone Age), and keyboardist Benjamin Anderson (also an alumnus of the Missionary Position) delivered a swaggering, incendiary performance that included all eleven songs from their self-titled debut album, peppered with a few more recent compositions as well. And, unlike many other “supergroups,” who collapse almost immediately under the weight of the individual egos of their members, Walking Papers appears to function as a real band capable of writing memorable songs that stand on their own merit rather than merely resting on the laurels of their respective former bands. 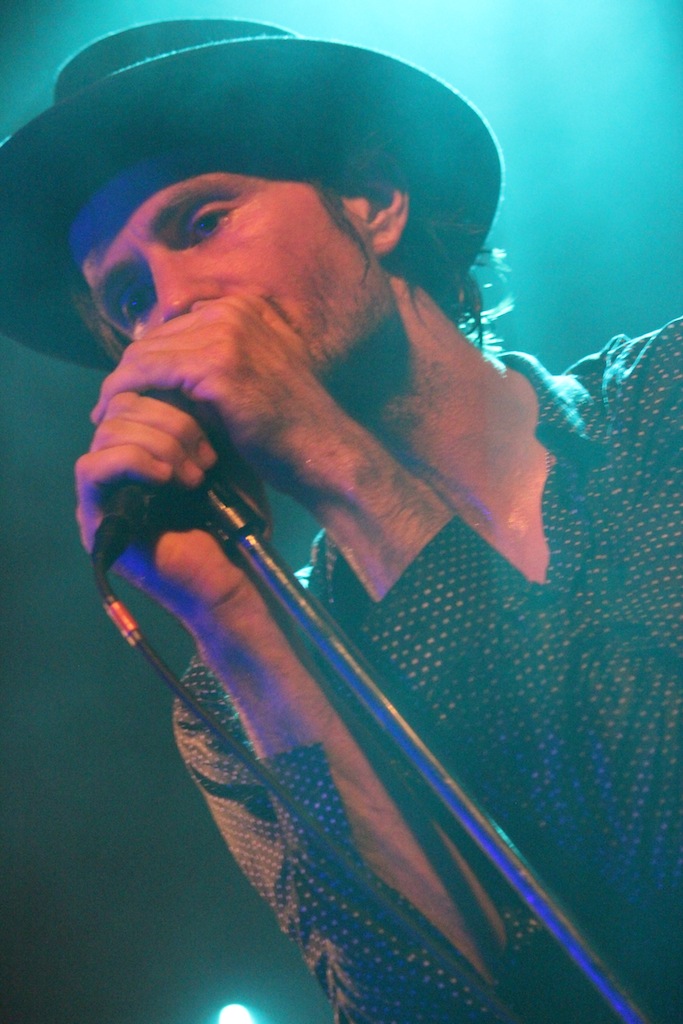 I will preface my review by freely admitting to one personal bias: I am a HUGE fan of the organ in rock and roll. From Billy Preston to Al Kooper to Ray Manzarek, the kaleidoscopic sound of the organ, when tastefully applied, can hover like the Holy Ghost above the rest of the instruments and provide just a touch of the sacred in an arena typically dominated by the profane. In addition to the fine work of Benjamin Anderson, the opening band Tango Alpha Tango also provided a bit of soulful organ grit to go along with the Zeppelinesque brand of blues rock served up by this young, but impressive Portland-based ensemble. They were followed by the Mothership, a Seattle outfit with a gift for writing extended form compositions that meld elements of psychedelia, stoner metal, and progressive rock into a compelling hybrid. 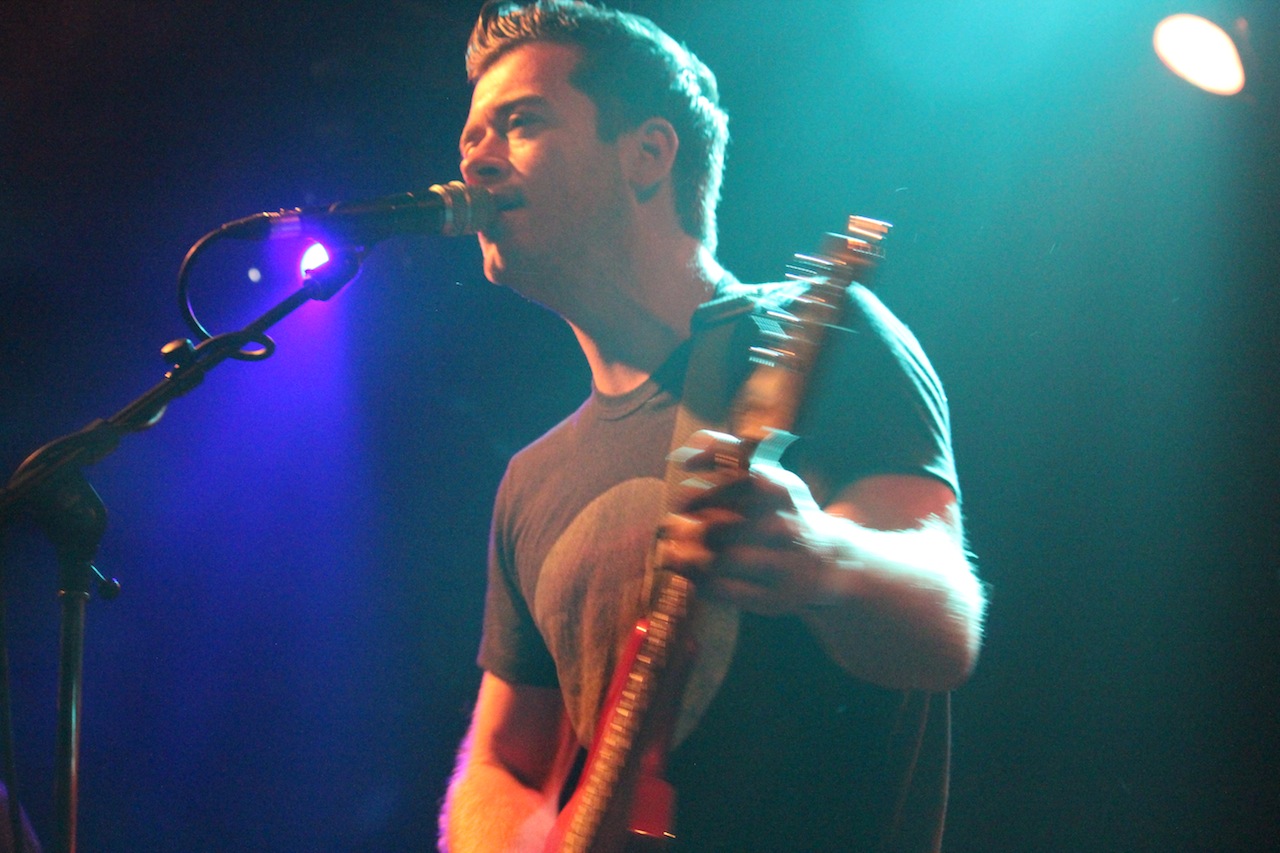 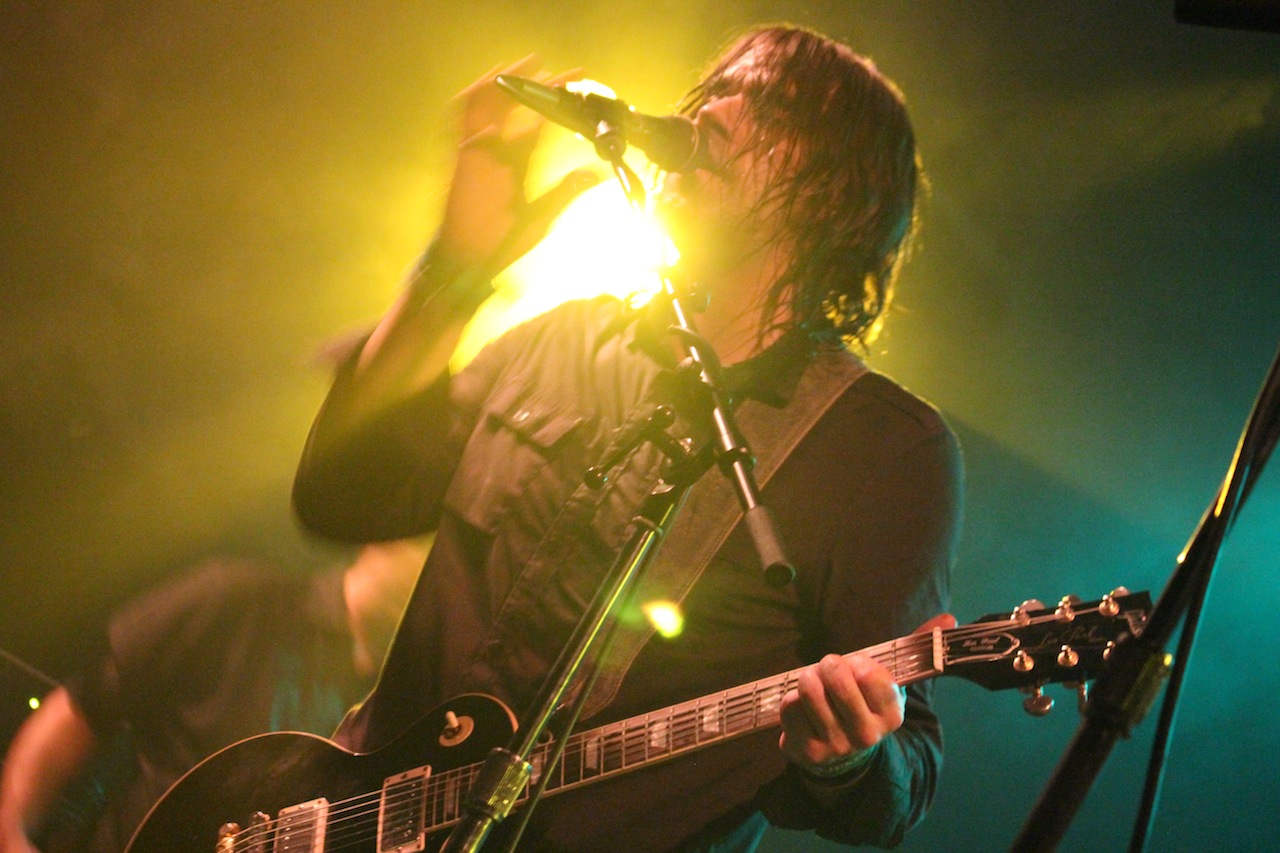 Johndus Beckman of the Mothership

Though this was an all ages show, the audience was overwhelmingly comprised of thirty-somethings and above. So when Duff McKagan led Walking Papers onto the stage, the low-slung bass guitar and artfully disheveled mane of blond hair were instantly recognizable to those like me, who had spent many an adolescent summer’s afternoon wearing out our cassette tape copy of Appetite For Destruction. Though McKagan garners the most name recognition of the group, Duff, as he did in Guns N’ Roses, seems content to play the role of sideman and de facto musical director while letting a charismatic frontman be the star of the show. And Jeff Angell did just that. A consummate showman, the lithe, fedora-donning Angell cut an onstage figure that seemed equal parts Jack Skellington and Izzy Stradlin as he coaxed a bevy of Stonesy rock licks from his Les Paul Custom Black Beauty. The ethereal organ playing of Benjamin Anderson provided the perfect bed for Angell’s guitar lines. On few songs was the interplay between the two musicians more symbiotic than on the rootsy “Leave Me in the Dark,” a standout track from the group’s debut album that was a highlight of this show as well. From there, the band launched into “Red Envelopes,” an uptempo rocker in the tradition of “Highway Star” by Deep Purple. Throughout the course of the evening, Jeff Angell was on point when it came to playing the guitar AND playing the audience, a necessary skill for any lead singer. At various points he lent the microphone to someone in the front row and let them sing a line or two. During a song entitled “The Butcher” he left the stage entirely, walked all the way through the crowd, and ended up finishing the number on top of the bar to the delight of those who could not get a spot in front of the stage. Barrett Martin was stellar behind the drum kit as well. A musician equally comfortable in rock and jazz drumming techniques, his nuanced cymbal work provided just the right groove on “Already Dead.” Walking Papers closed out the night with a spirited rendition of “Your Secret’s Safe With Me.” They returned to the stage for one encore “A Place Like This,” which was the lone song they had in their catalogue that they hadn’t already played. It is always a great night for rock and roll when both the audience and the band leave the venue wanting more. 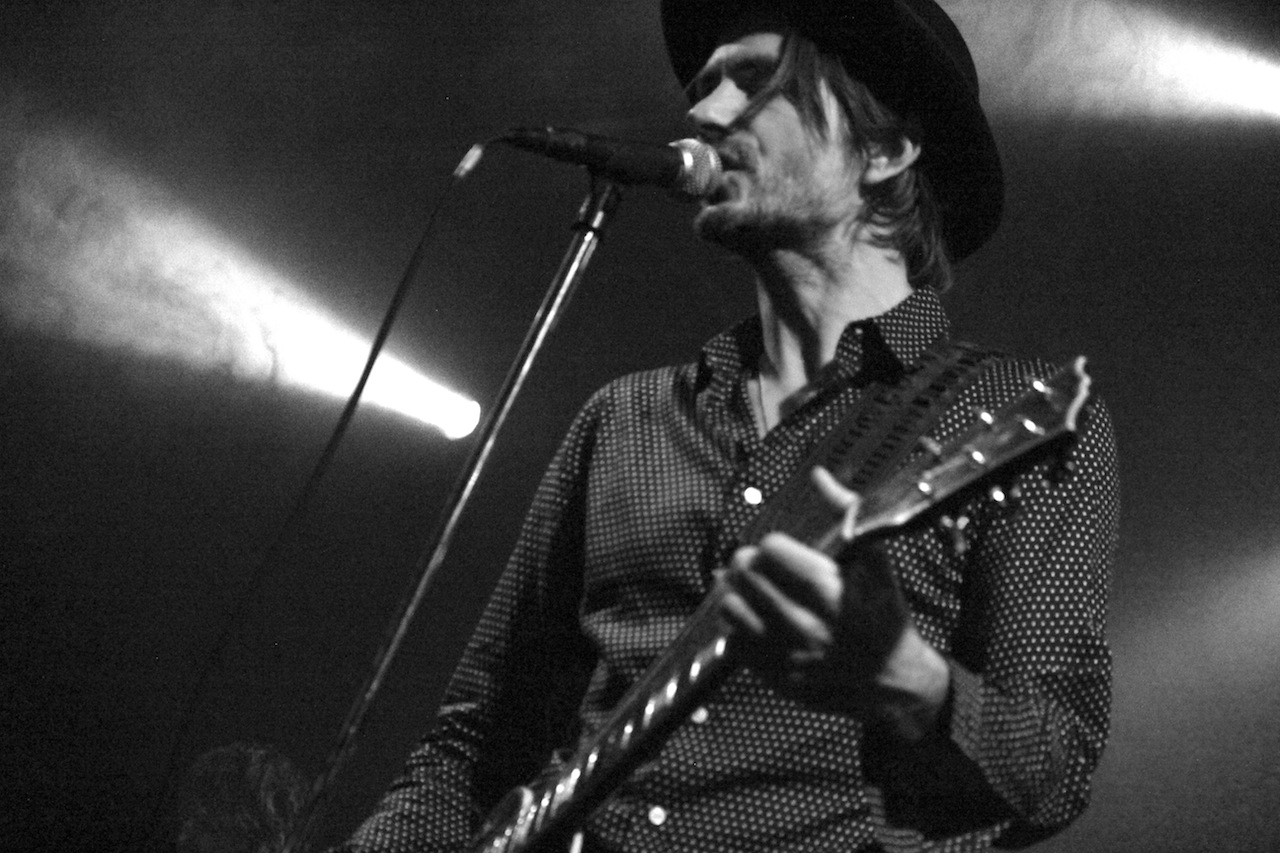 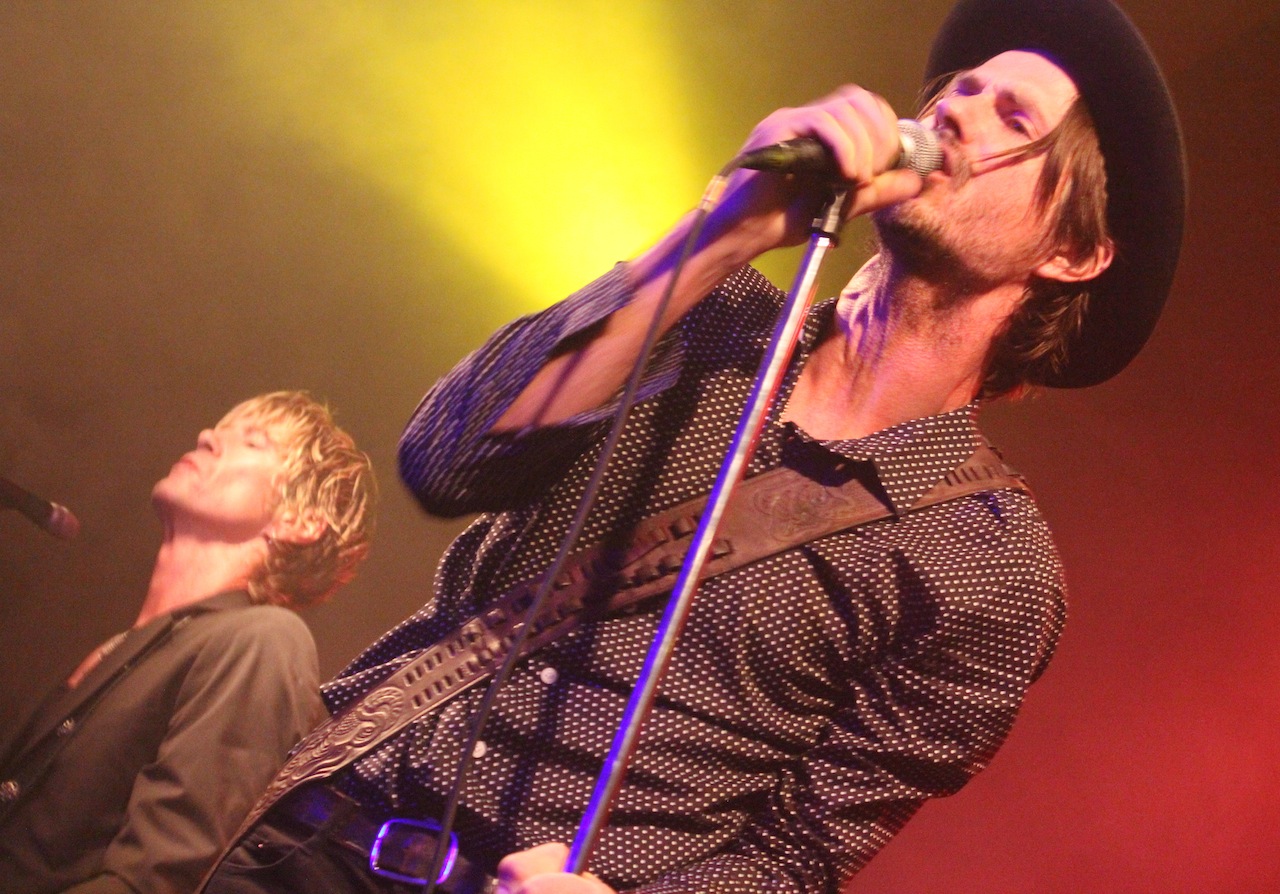 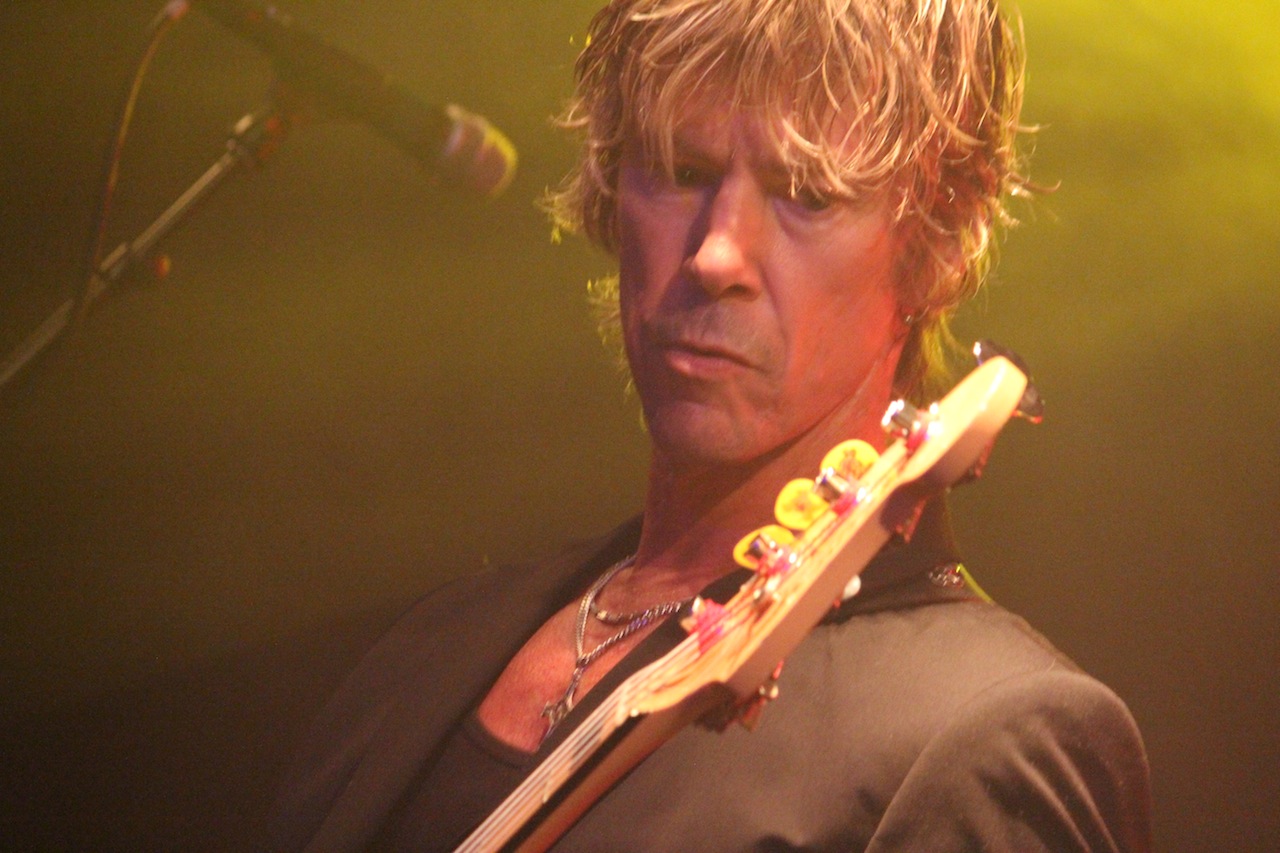 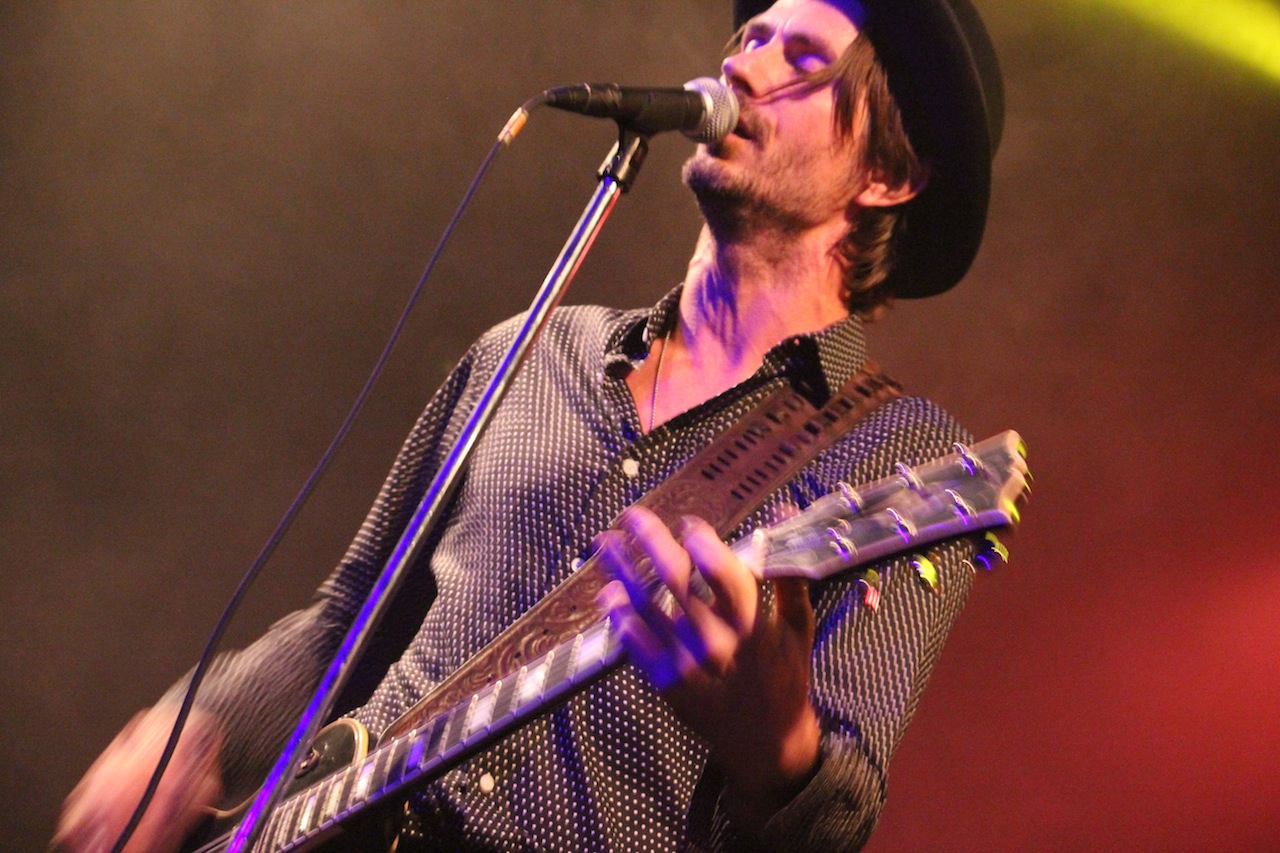 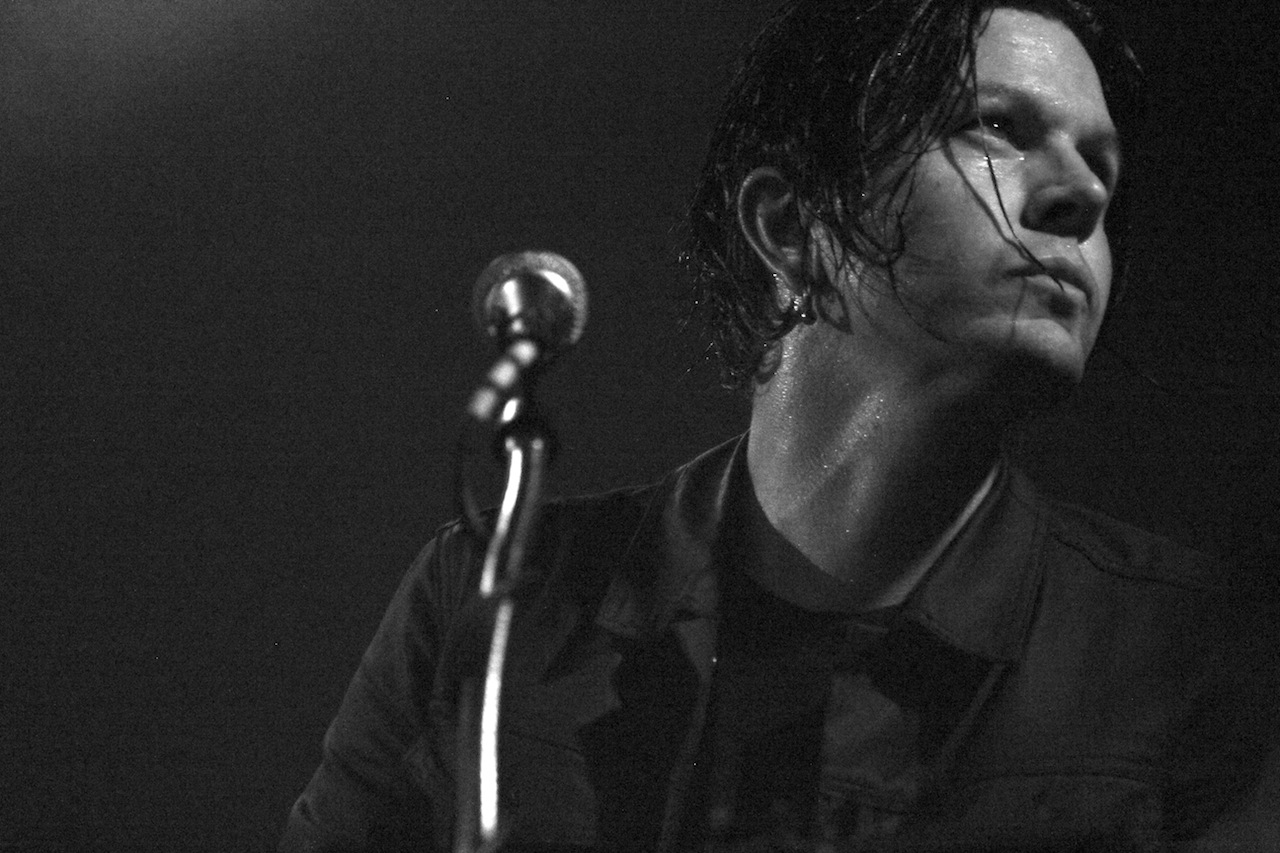 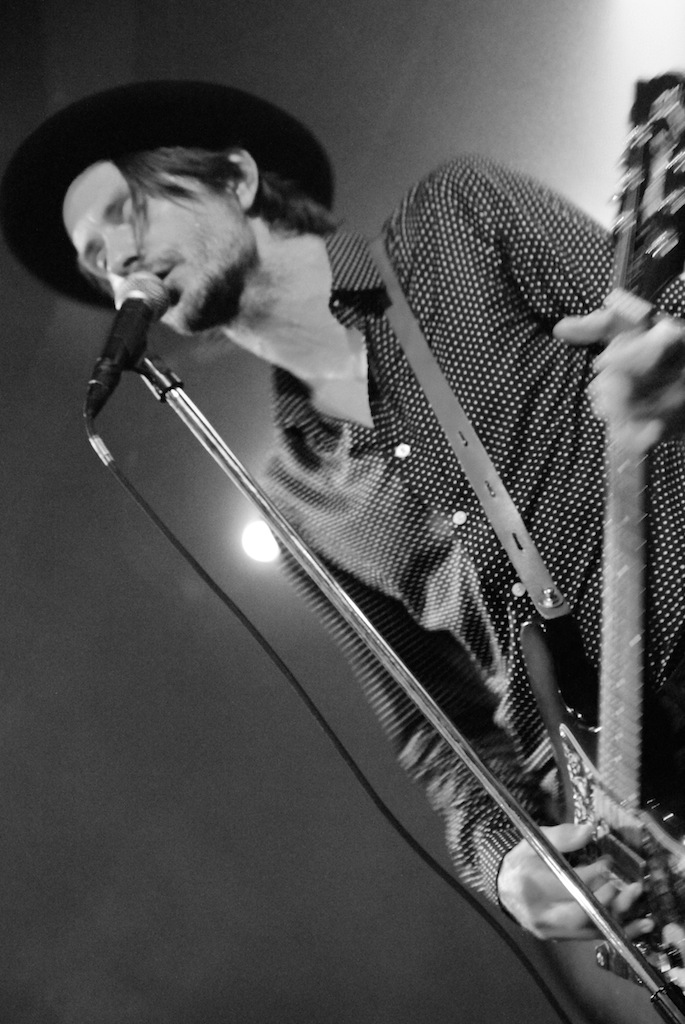 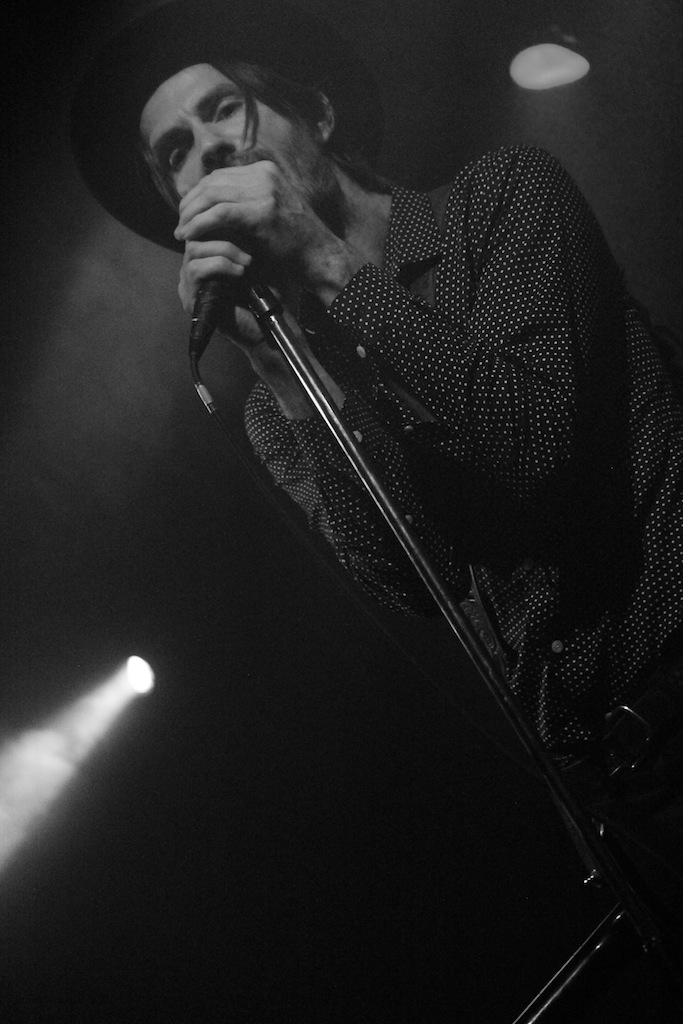 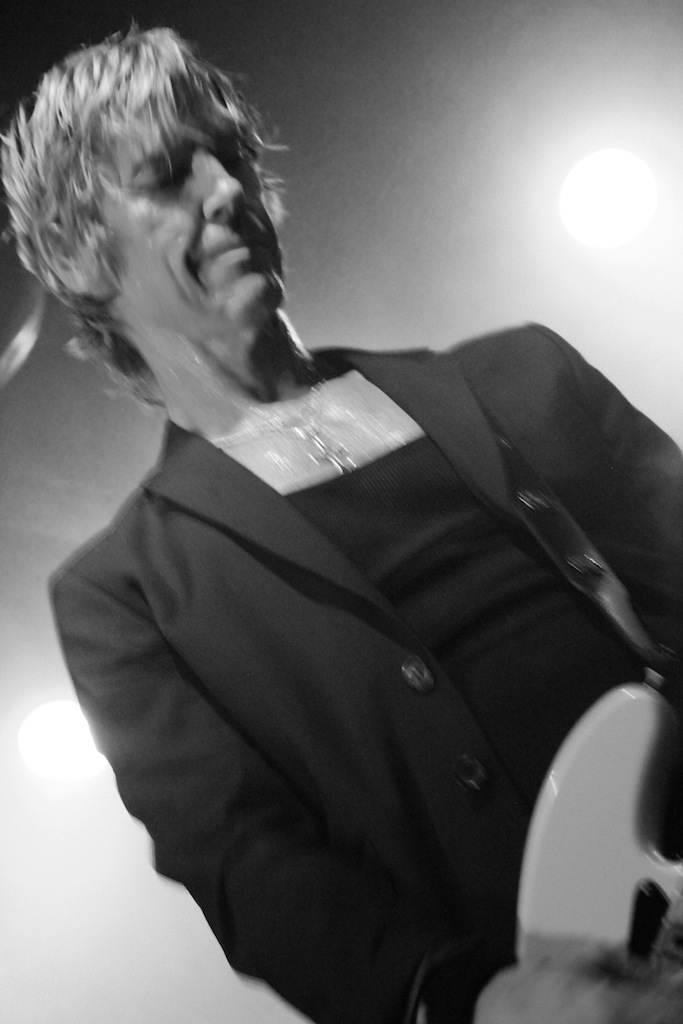 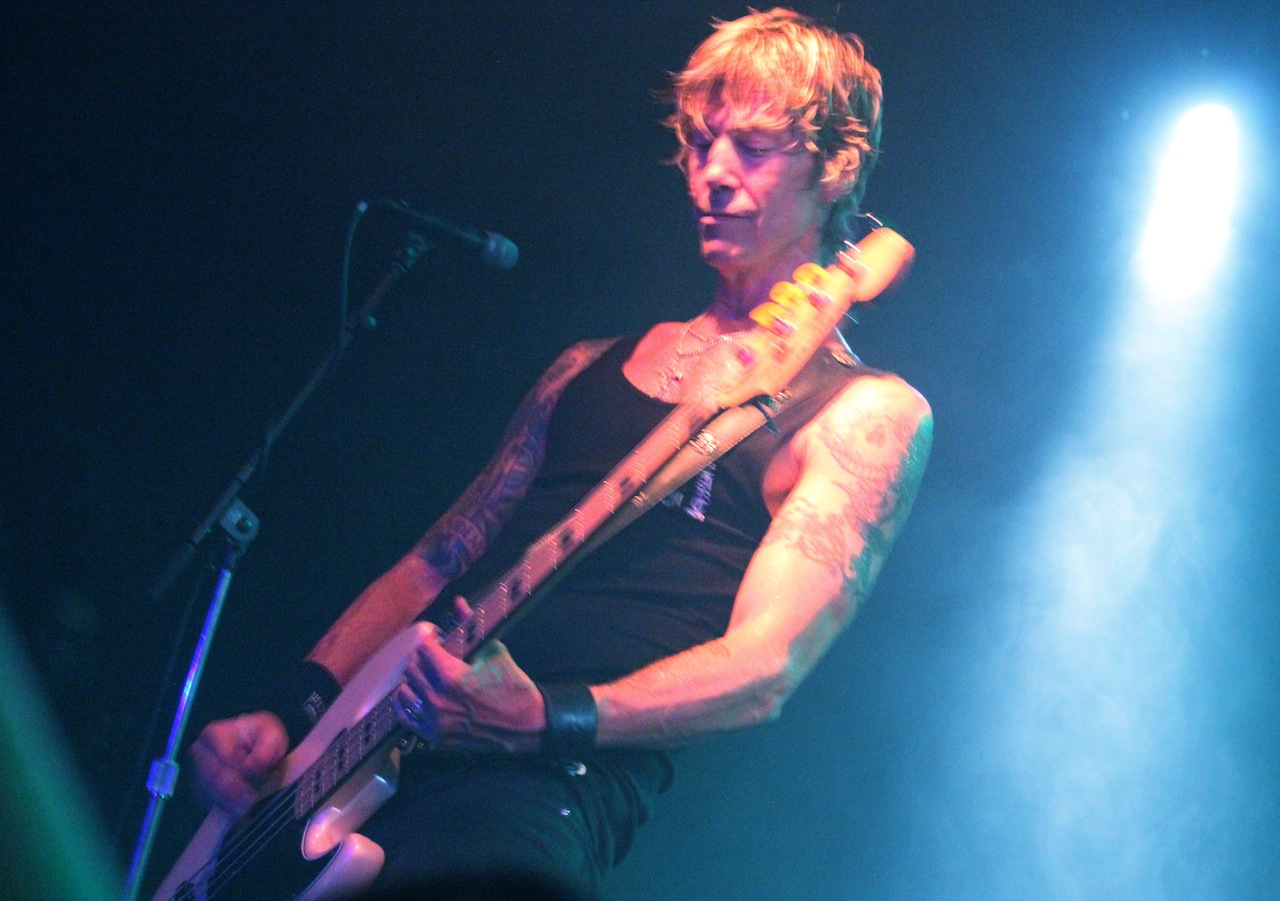 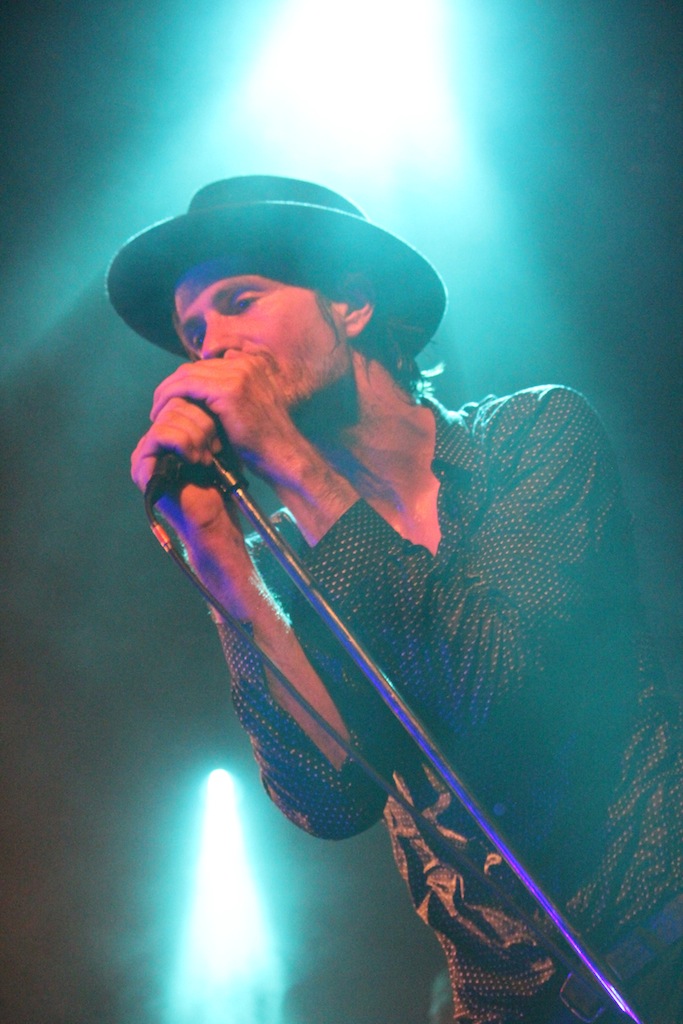 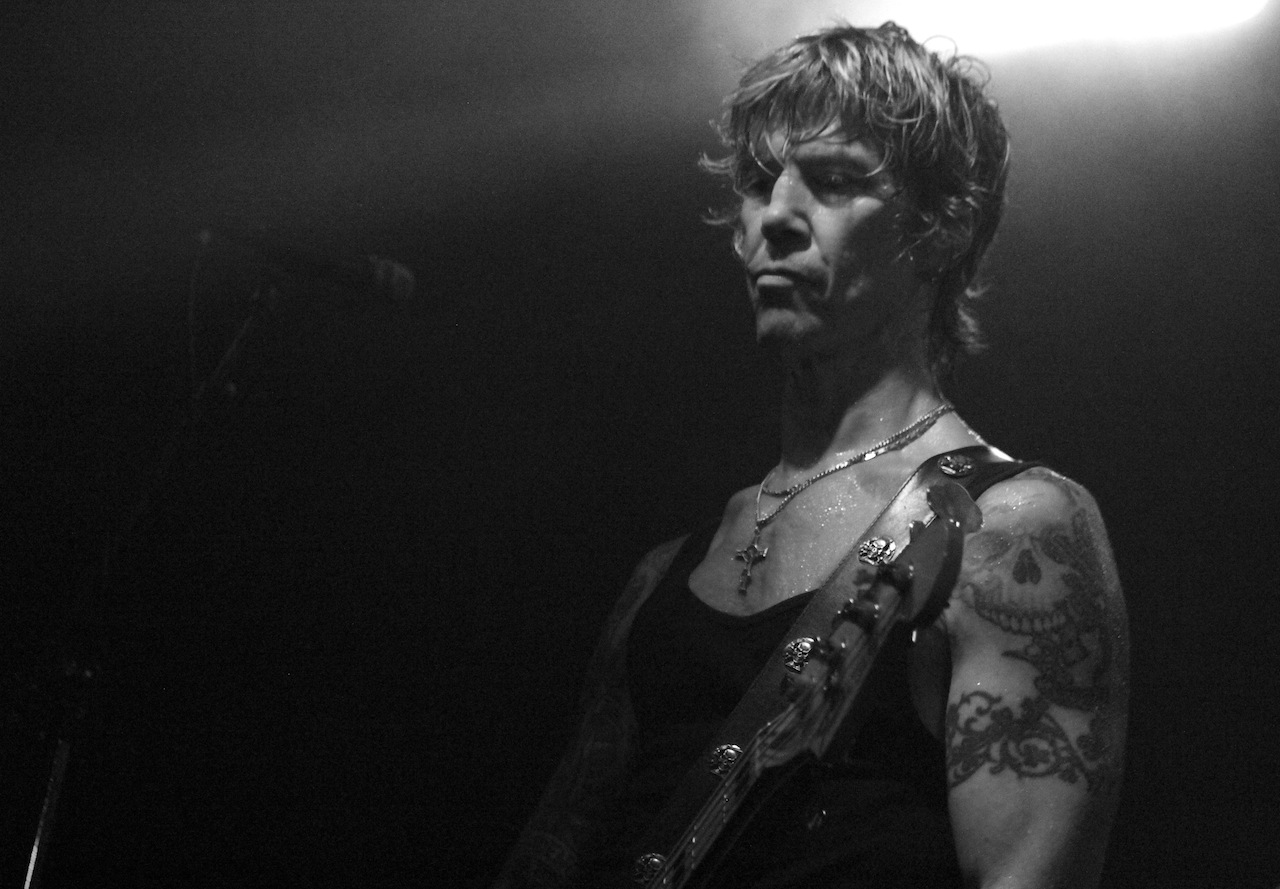 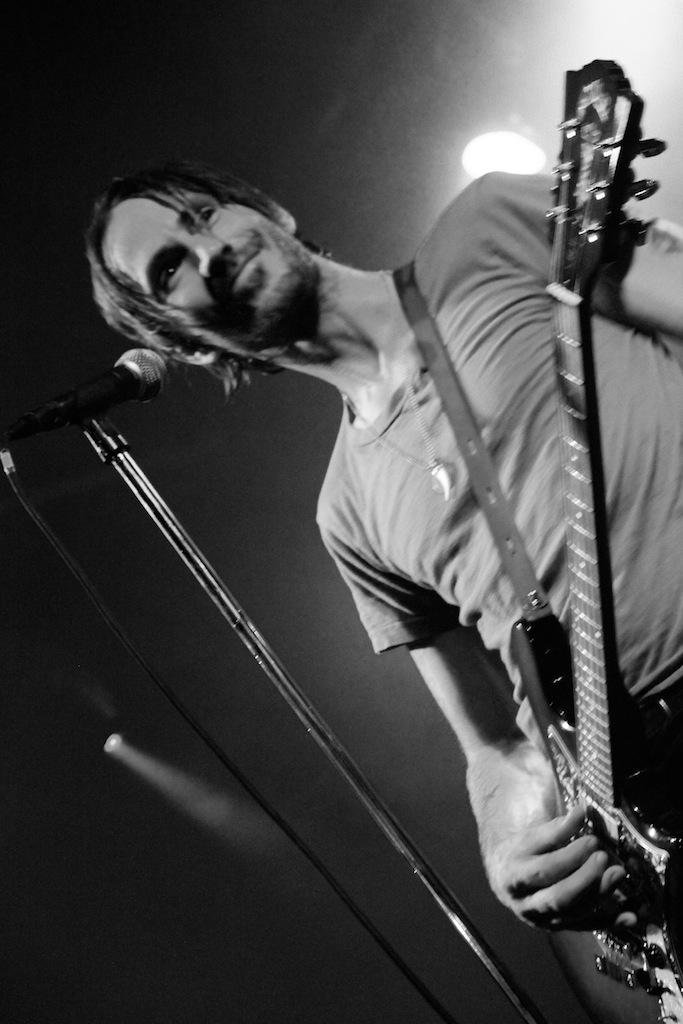 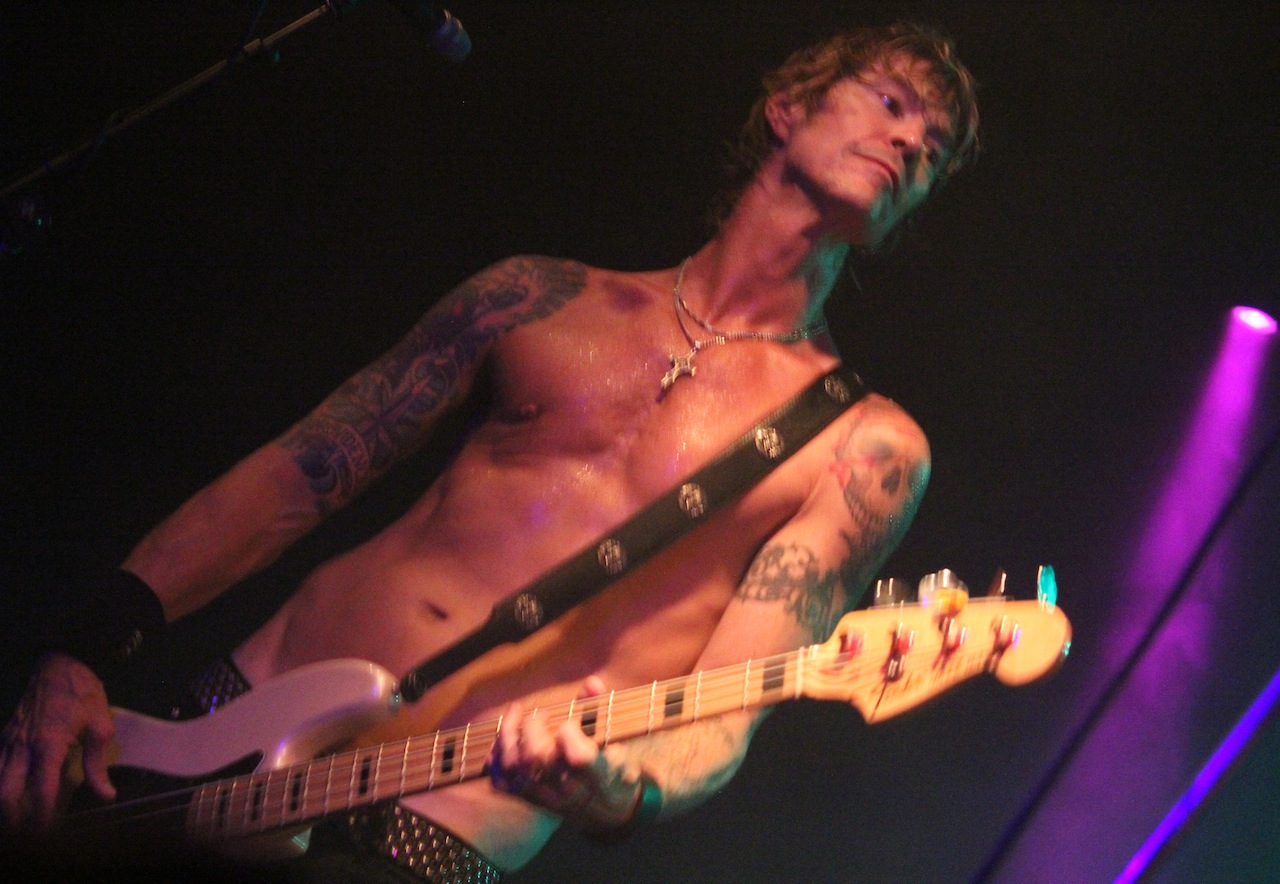 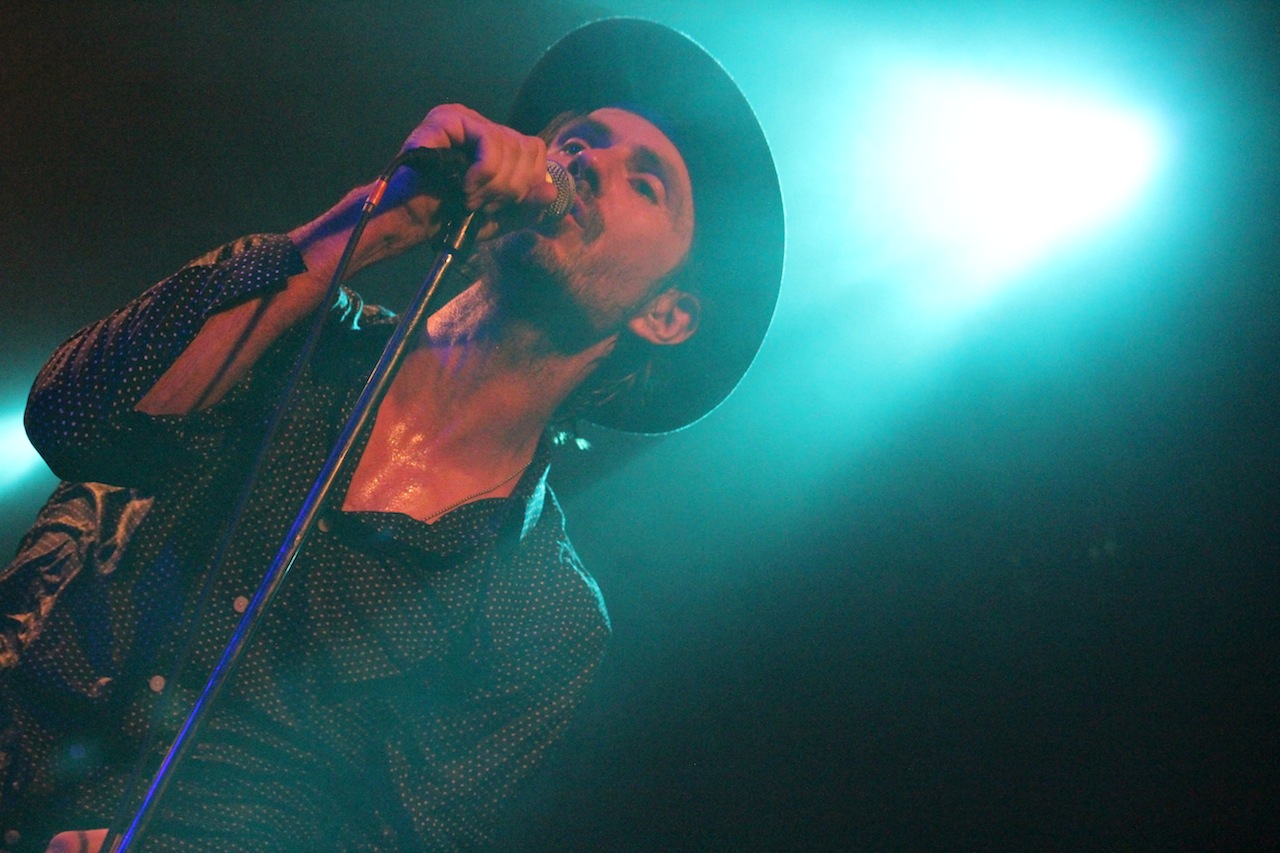 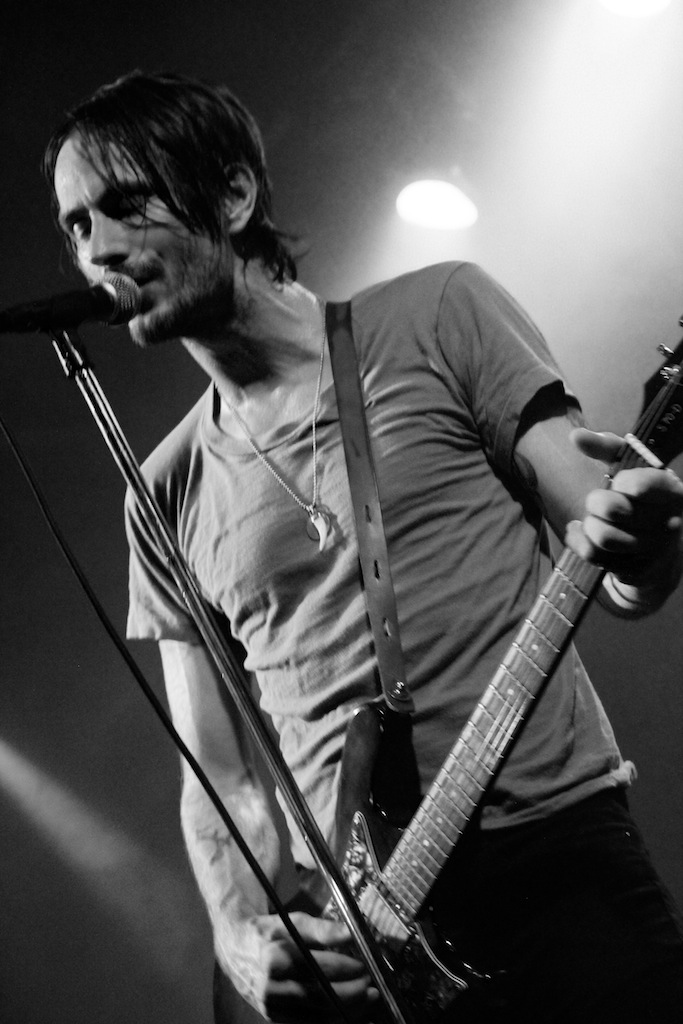 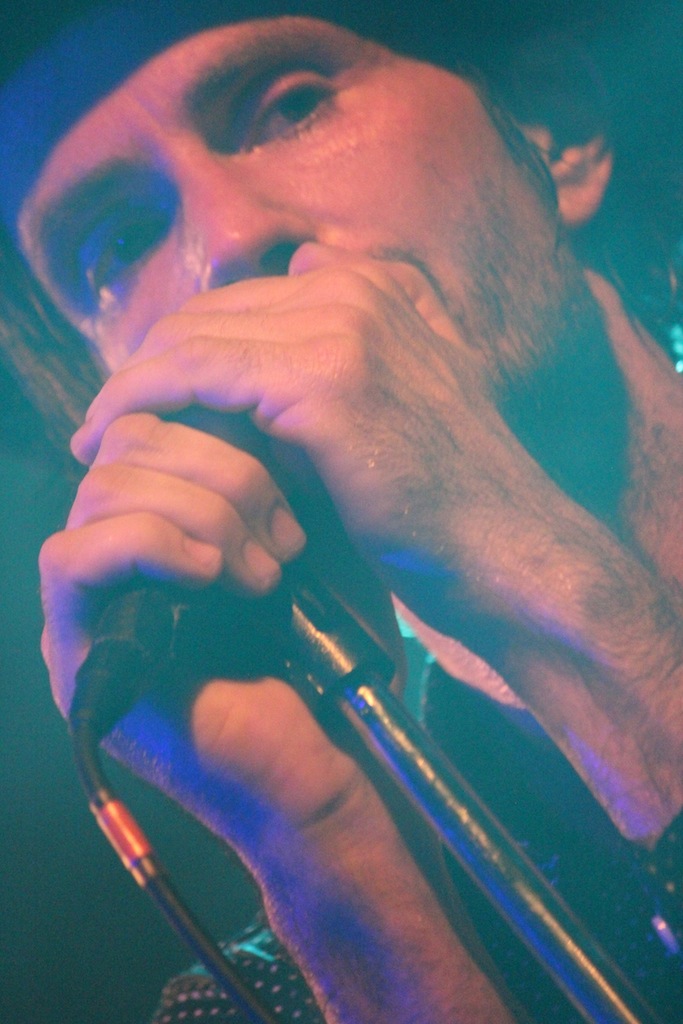 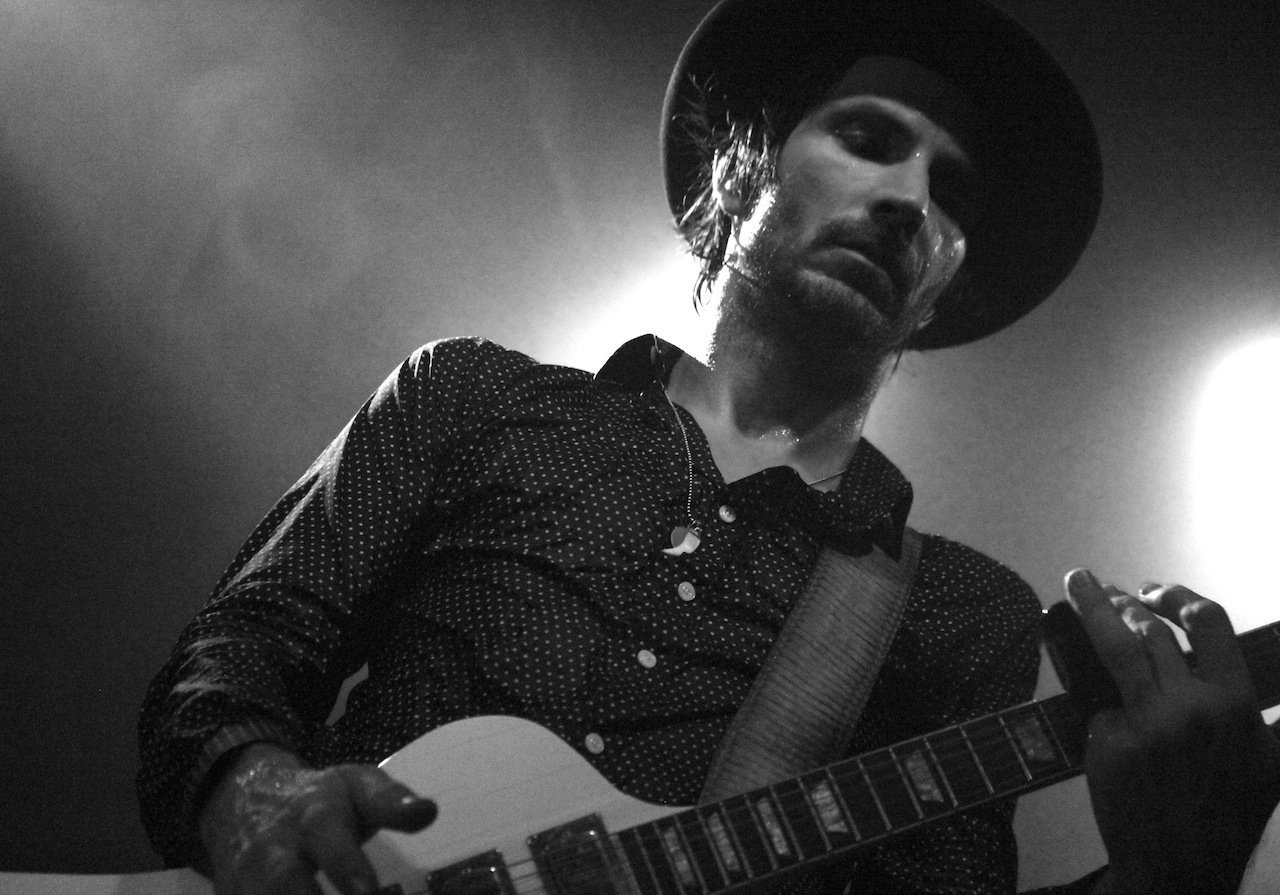 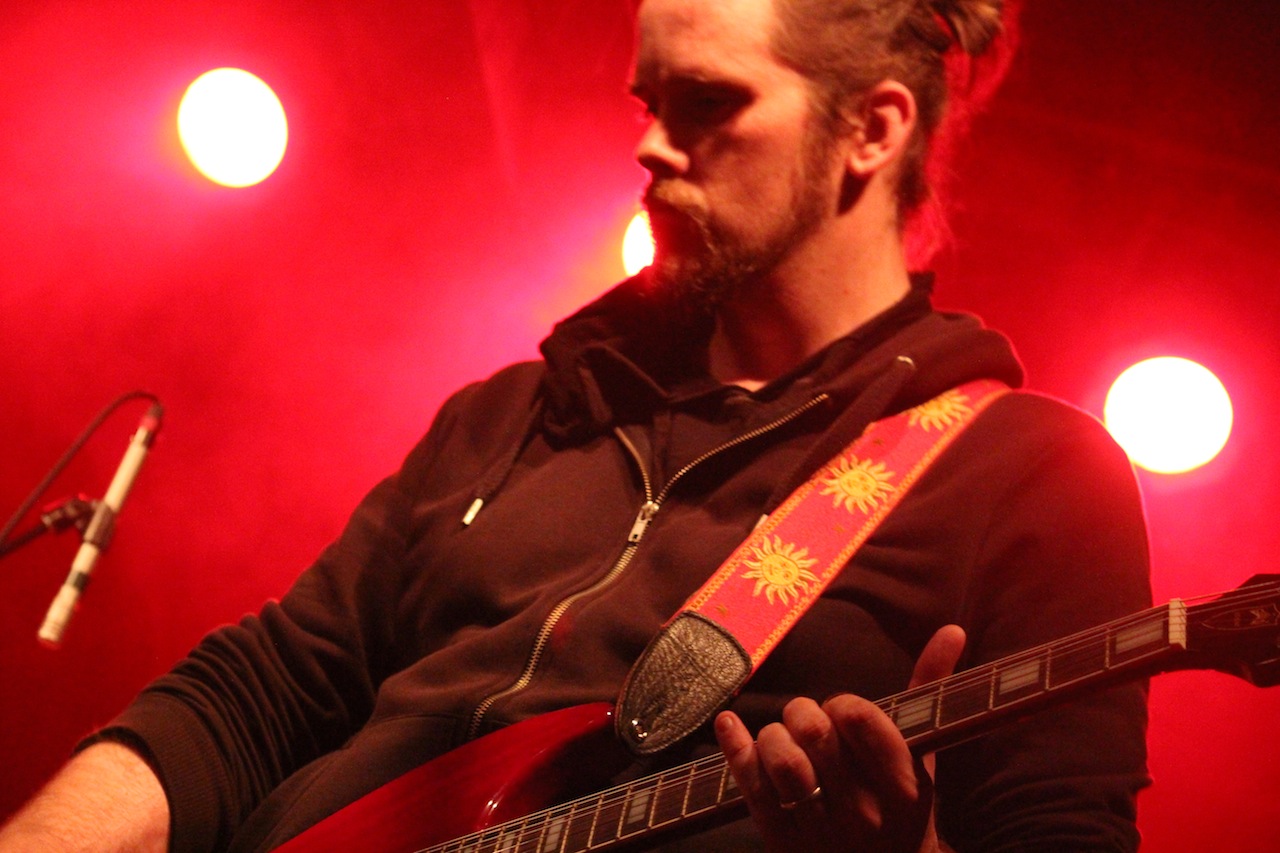 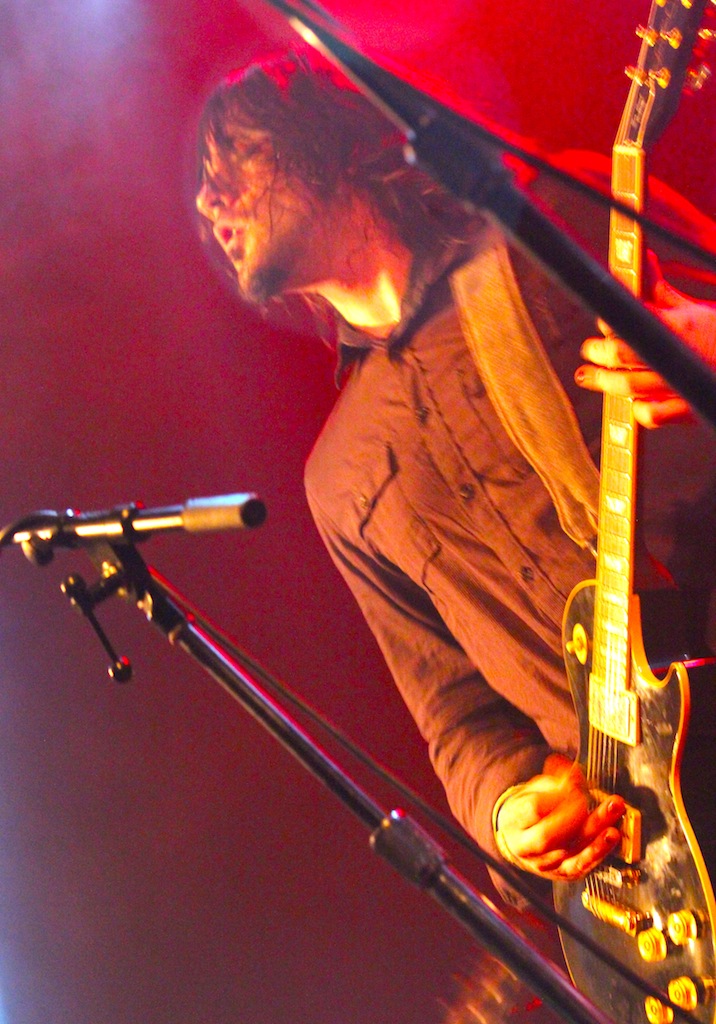 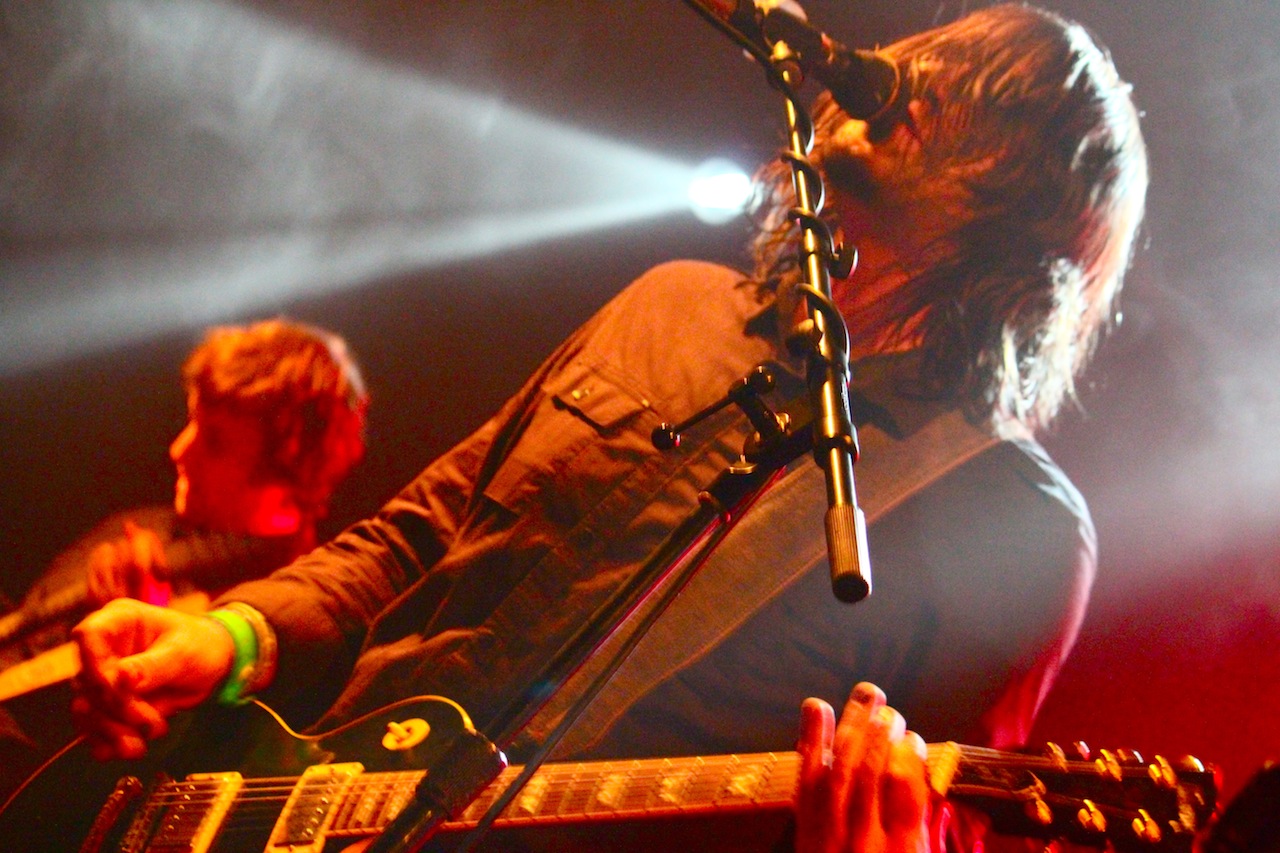 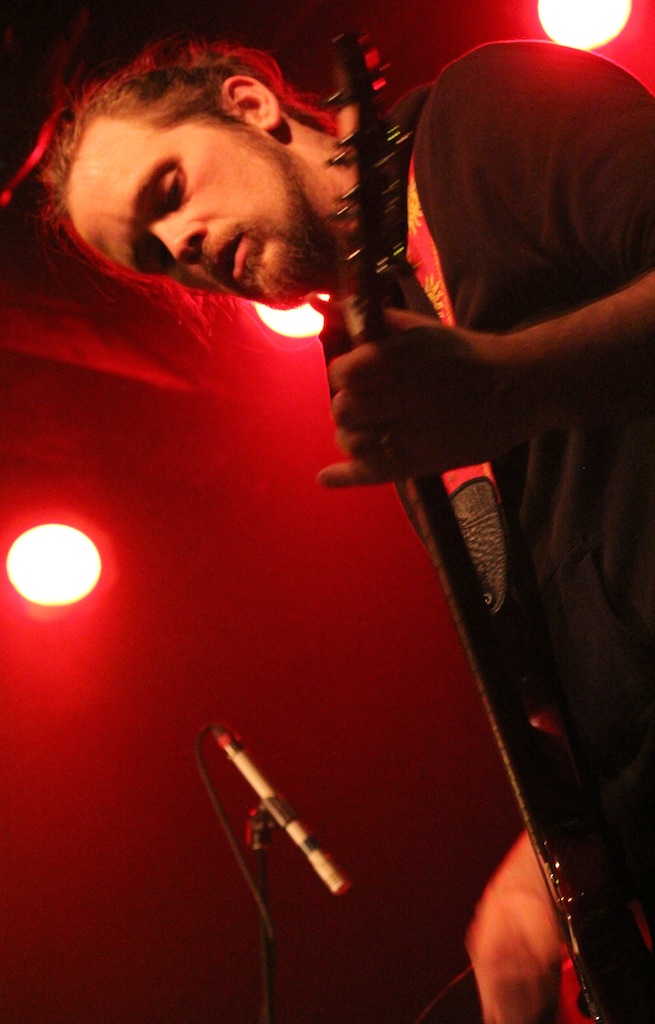 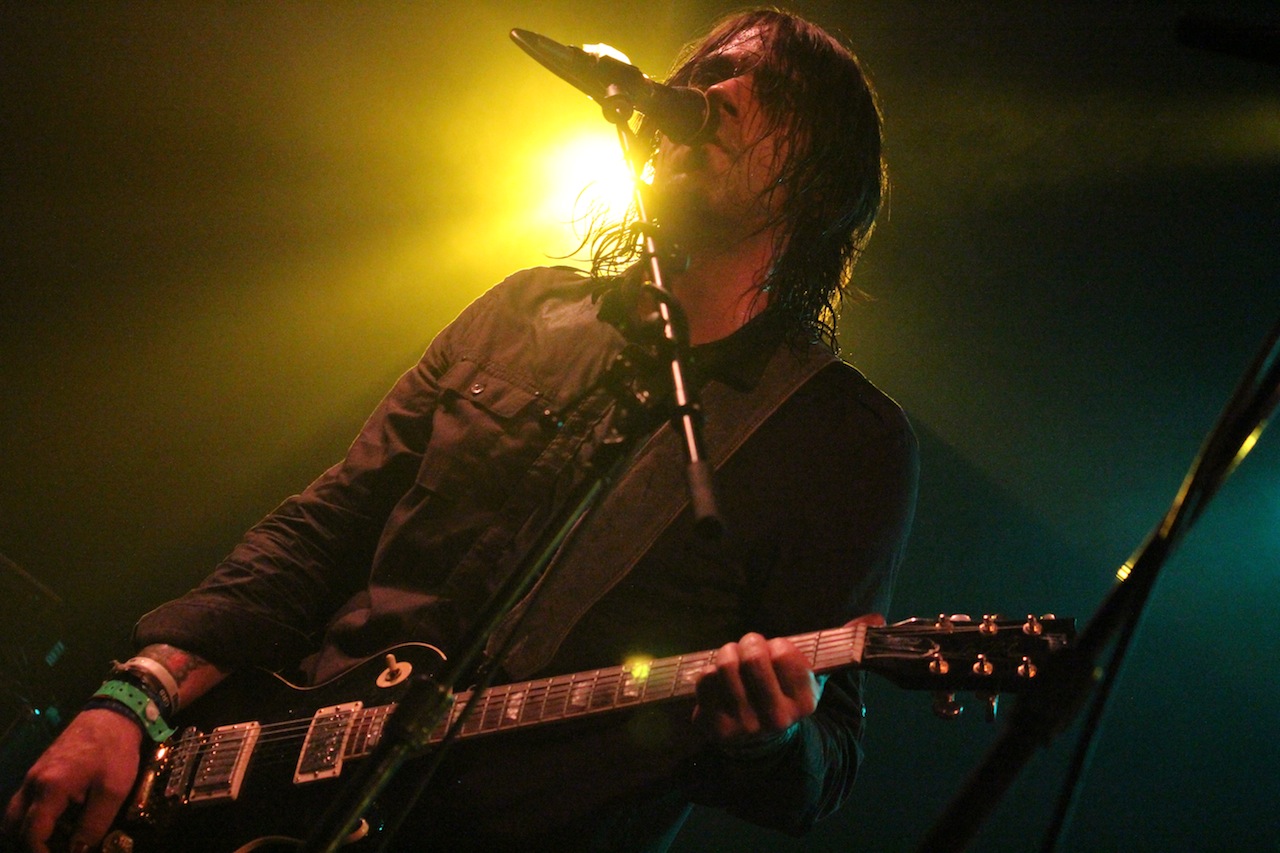 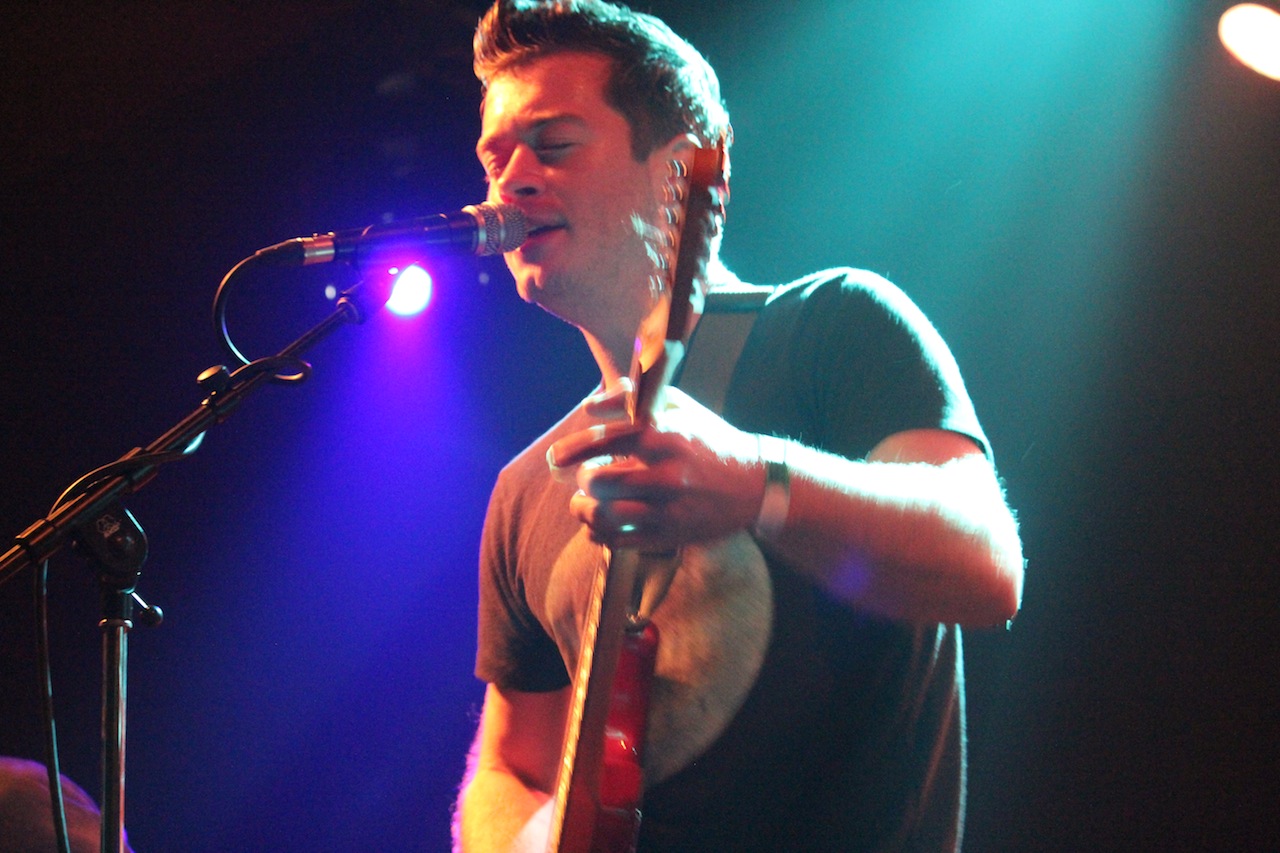 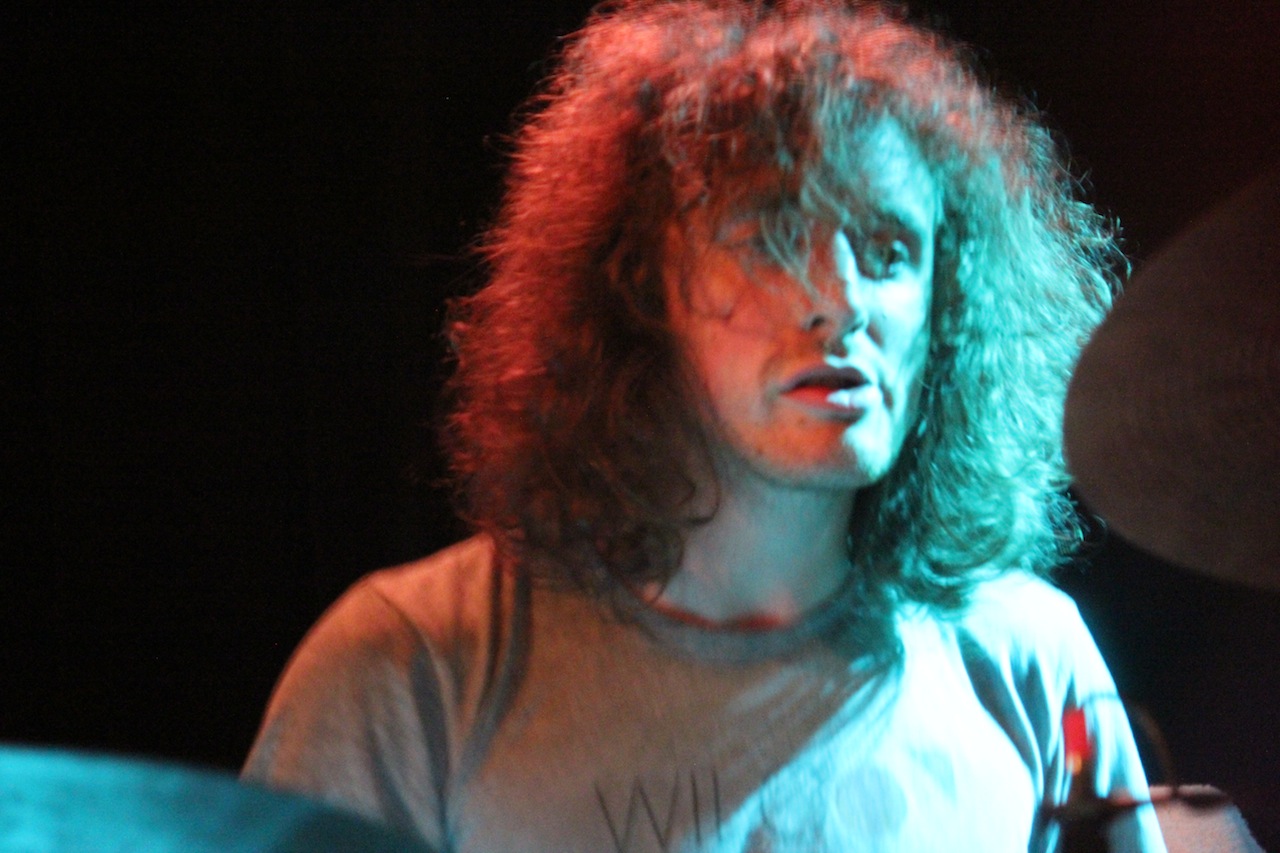