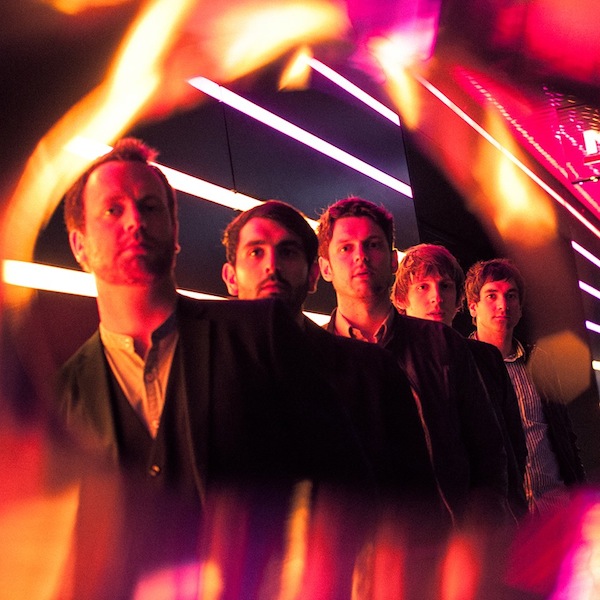 Chipchase, who spoke with me over telephone recently, told me that album two, Young Rebel Set’s follow up to 2011’s Curse Our Love, changed “How we work at it as a band. Everybody brought something to the table and put something into this album,” and that “I’d bring a song to the table and we’d write stuff in studio. Crocodile is us more of a band. We call it ours rather than just mine.”

Young Rebel Set, as an entire band, formed out of a potentially awkward scenario for Chipchase. “I was solo. I was going to play a pub show one night, and I thought, I can’t play an acoustic show. [the band was] for one gig.” Chipchase told me, “It really worked. At first it was just a big piss up and getting drunk and lairy – a real party. Then all the sudden people started liking our music. People would pay money to see us. We thought, we’ve got to take this a bit more seriously. People aren’t paying to watch us get pissed onstage.” Emphasizing how important Crocodile is to the band, Chipchase said, “We didn’t call ourselves musicians until the second album.” This serious approach is also reflected in Chipchase’s role as a parent; Chipchase emphasized, “I’m doing this for the love and passion of music, not for the love of money. I used to love a good knees up and debauchery. There comes a time when everybody’s got to grow up. Many of us grow up, some of us don’t and go on being Peter Pan.”

Chipchase didn’t have a particularly musical upbringing: “I started writing songs when I was about 12 or 13. Growing up, we were always making songs up and doing little performances at Christmas. Just pratting around. We’re not really musically talented in our family, but I can write a bloody good song.” Yes he can, and, now he’s got songwriting on his mind quite often. “I’ve got thousands of unfinished songs. You know, you tap your feet on the tile, or humming a tune as you walk. It doesn’t really stop, whether you’re on the road or not. Constantly ticking over. I always have to document the idea. It’s quite annoying for everybody.” So he never has to set aside time? “I can’t do that. When I do it like that, it seems too labored and it’s not enjoyable. It’s not organic. I don’t think people connect to it. The outcome of that is not a great song. Some of the best songs that I’ve written, just come (on their own).” He added, “I’m quite old fashioned in songwriting terms. I like a song to move you or mean something, or document a point. I don’t like anything cryptic.” When I asked him who some of his favorite lyricists are, he told me, “I’m really into Beck at the moment. Anything with substance and meaning. Bruce Springsteen.”

There’s also a film connection in the new album. For the video for A Measure of a Man, they managed to get actress Jo Hartley to play the main role. “We’d seen This is England. The opportunity came up through a friend of management. She really liked it, and said she’d be willing to do it. We thought it would be stupid not to.” And, the name of the album, Crocodile, has some film magic. “We came to it as the same way as the Kray Twins did in the film (the Krays). There’s a scene in the Krays where their English teacher asks them for a marvelous word, and they look at each other and say, ‘Crocodile.’ It took around three gos, and I can’t remember who it was, said ‘Crocodile.’ And that was it.”