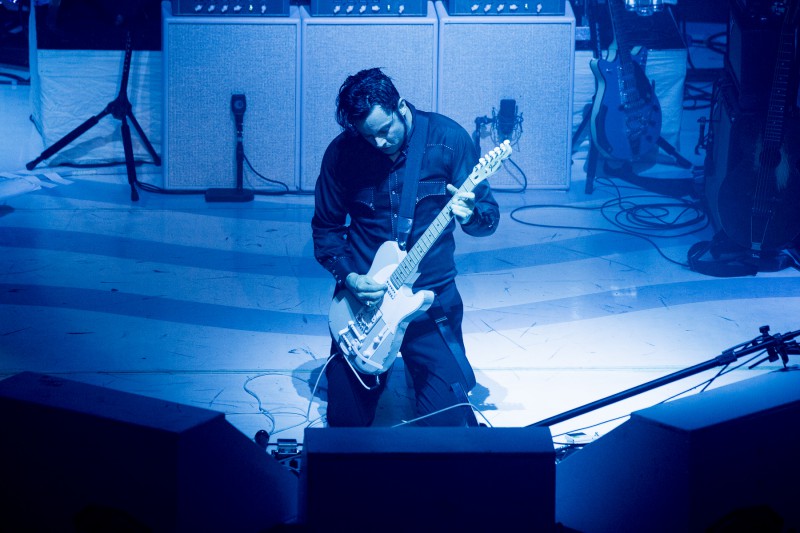 It’s really difficult for a band to get through, what is, for lack of a better phrase, trendy status. The White Stripes, as great as a band they were, hit trendy status in the mid-2000s. Though the White Stripes are no longer, their songwriting and style overrode that popularity, and their songs remain excellent. Singer/guitarist/pianist (etc.) Jack White proved all that – and more – by pouncing on a sold-out Paramount Theatre with full leonine rock power.

There’s no debating that Jack White is in a rare echelon of rock stars. He’s one of the guitarists, I reckon, people would see even if he just played scales. From the second the curtain split open with White and his band playing the White Stripes’ “Fell in Love With a Girl,” to the closing of the White Stripes “Seven Nation Army,” White performed animatedly solo songs – and songs from other bands he’s had success with, the Raconteurs and the Dead Weather. This was not a show just to play brand new material, although that would have been cool, too. What was wonderful was that White’s solo work was not met with what artists must dread: a mass look of indifference from the audience once new material is brought up. And it should not have been met with that for sure. Now on to his second release, a wildly well-received and massively-purchased, Lazaretto, he interspersed songs off the album – but left most of them toward the end of the set. This turned out to be a good plan.

While many artists could use a solo career as just showboating, White is not doing that. It’s more a Jack White band, as he actually jammed with a wonderful cadre of musicians. A particular standout was violinist and singer Lillie Mae Rische, who accompanied White, most notably on a cover of the White Stripes’ “We’re Going to Be Friends.” There was also some very nice theremin and slide guitar work. Blues, country, rock all got represented and at times melted together. White’s cover of Hank Williams’ “You Know That I Know” came out beautifully, as did every song White performed off Lazaretto: “High Ball Stepper,” “Temporary Ground,” “That Black Bat Licorice,” “Would You Fight for My Love?”, “Three Women,” and “Lazaretto.” Blunderbuss sneaked in with “Weep Themselves to Sleep,” “Blunderbuss” and “Missing Pieces,” songs emphasizing the more country side of White. Probably most familiar to the audience though, were White Stripes’ oeuvre: “Cannon,” “Blue Orchid,” “Apple Blossom,” and “The Hardest Button to Button.” And, naturally, “Seven Nation Army,” with which he ended his show.

With a new, slick backed hairstyle, White appeared fit and stylish. At one moment he paused to comb his hair, but later, one small curl dropped in the center of his forehead, calling attention to the uncommon and untamable nature of Jack White. 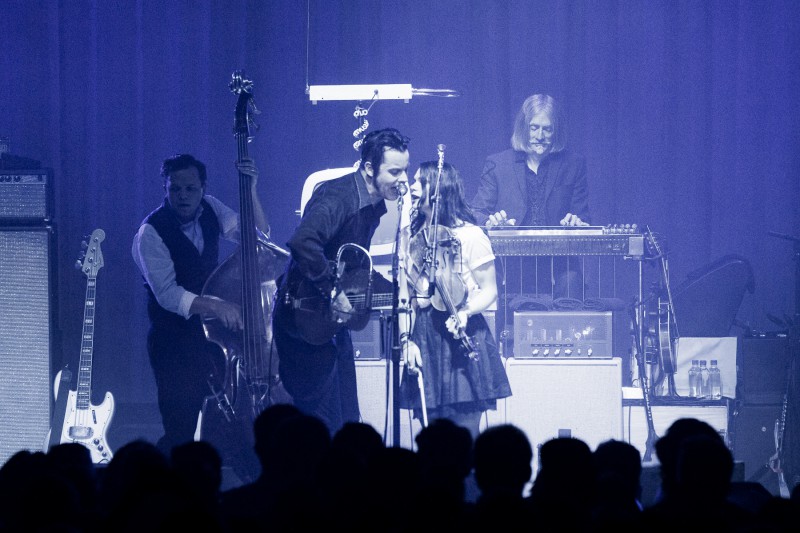 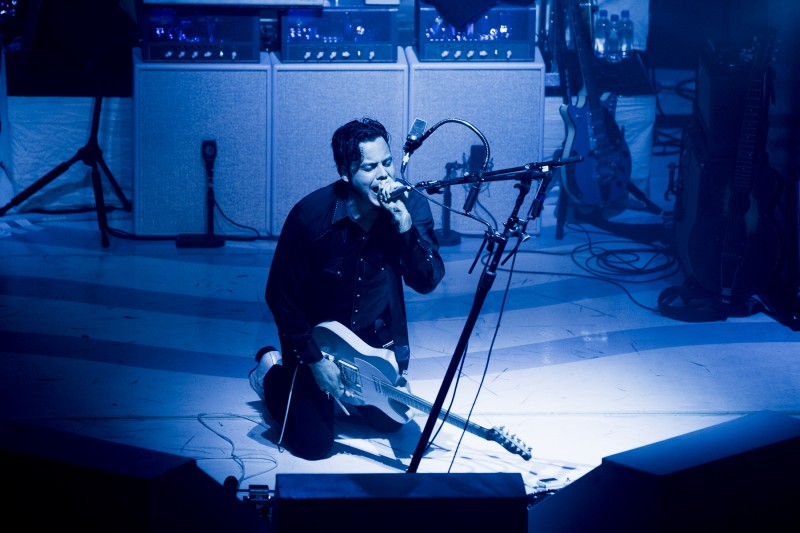 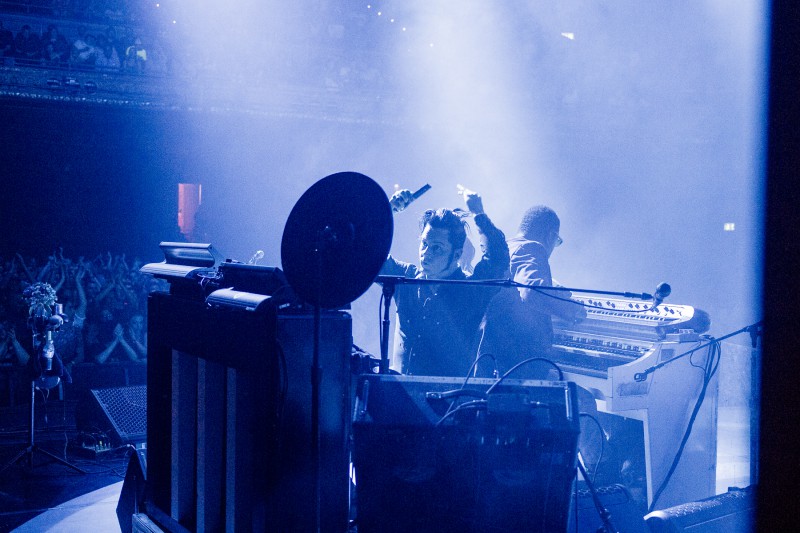 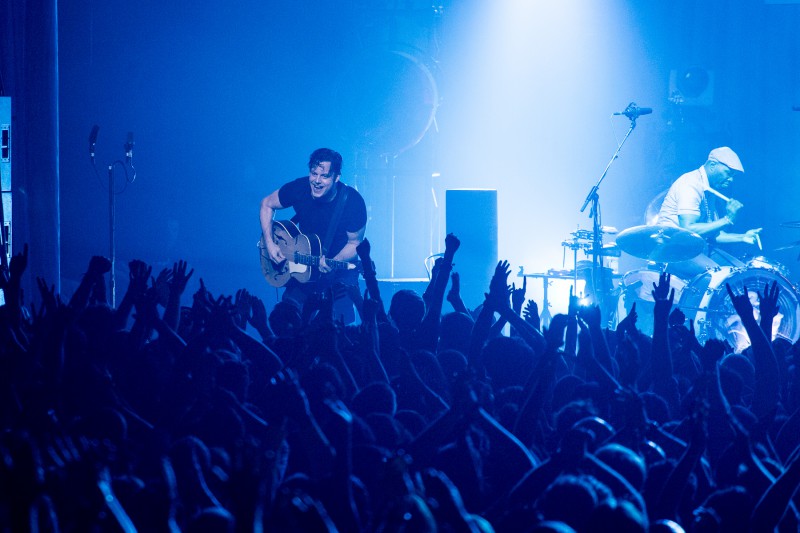 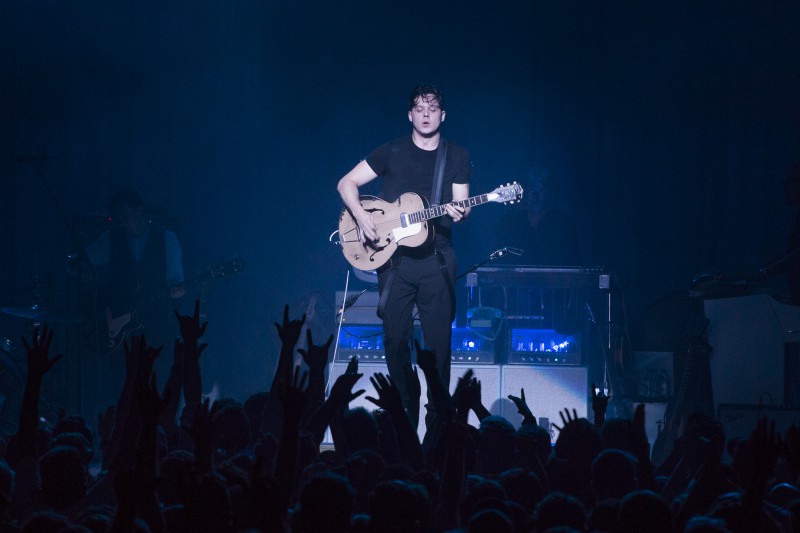