Not all musicians can be credible acoustic guitarists and electric guitar players. Some will excel at acoustic rock, but then just fall flat when trying to go electric. Some electric guitarists can sound silly and dull when they go acoustic. But take English singer-songwriter Ben Howard as an example of a musician who does both splendidly. Howard, a 25-year-old from the United Kingdom’s Devon area, has recorded five EPs (including a live performance) and in 2011 released his debut full length, Every Kingdom. The album earned a 2012 Mercury Prize nomination and two wins at 2013’s BRIT Awards – British Breakthrough Act and British Solo Male Artist. While Every Kingdom is a softer, more folk-oriented work, Howard’s new EP, The Burgh Island bends toward a harder sound – a strong indication that Howard straddles both effectively. 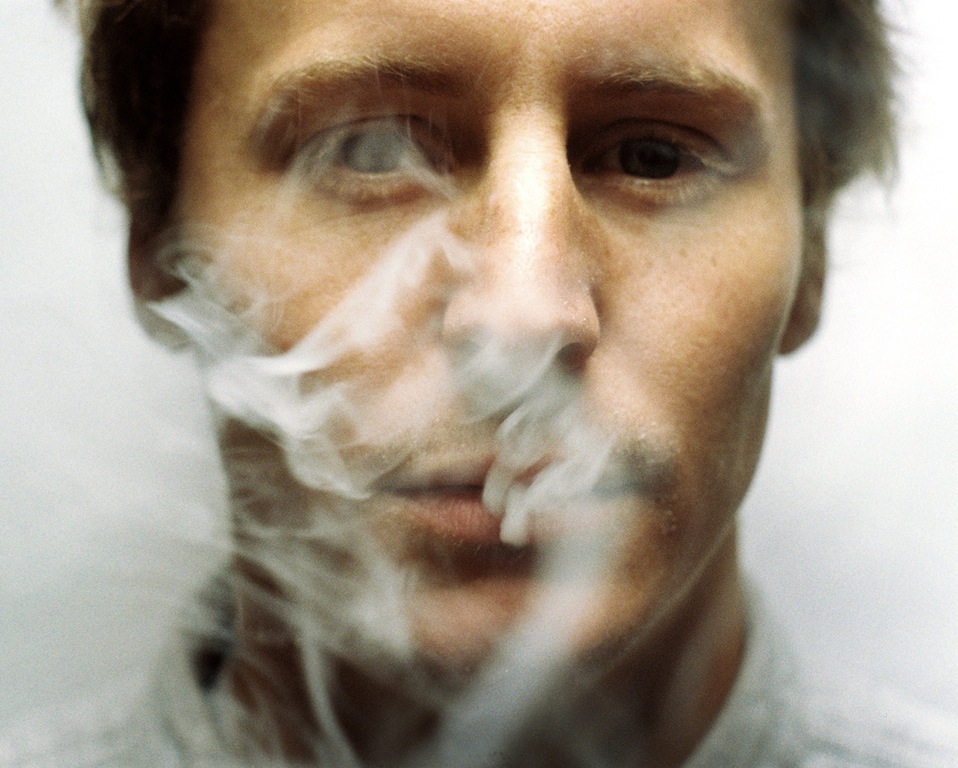 When I talked to Howard via telephone he was in San Diego, “I’m sitting with my feet in a Jacuzzi having a cigarette. I’m having a great time in America.” I asked Howard if there’s a difference for him between emotions explored in acoustic material versus electric material. He replied, “Not really. It’s definitely a different ball game. There’s pros and cons to either of them. Electric’s been a fascinating journey of tone. I guess it allows me to convey some of the heavier material. I can get louder, which is cool.” For Howard, the Burgh Island EP served as a great bridge between albums one and two, allowing him to release material as sort of a introduction to what might appear on album two. “I’m definitely playing around with a lot of stuff at the moment, a lot of electric guitar and pedals. The EP was nice because it bought us some time on album two. There’s always so much pressure on the second album. As soon as I put the EP out it’s kind of taken the pressure away from it.” Howard continued, “It’s really cool how well received it was. It gave me a lot of confidence, being able to do anything we want really and people being happy to listen to it. There will be some electric stuff but I still play acoustic quite a lot. The door is definitely open to any direction really.”

When Howard decided on the title of Every Kingdom for the EP, he explained that it was “never a physical thing, it was more about memories, times and places. Everything you learn, everything that comes along in your life. One day it falls apart, and then you rebuild it. I had castles made in the sand stuck in my head at the time.” The title fit, as many of the songs deal with internal struggles of faith, love and loss. “Keep Your Head Up” is a song with a positive message, with a video of Howard just having fun in the country. “It was originally just going to be a piss-take – singer-songwriter from the countryside, being romanticized by everyone. The whole thing was supposed to be tongue in cheek, with me carrying hay bales, that kind of stuff. Building a water slide for a music video was pretty funny. It was nice to hang around with mates and make a video where we go down water slide and try not to break our arms.”

I asked Howard about one of his gloomier – yet beautiful – tunes, “The Wolves.” That was written when I was back at University – it was just me and a friend jamming it out in the attic. It came about really naturally. Most of my songs are in the first person or about people close to me and that was a sort of a larger picture song. I don’t really write many of them. He added, mysteriously, “Songs come from strange places.” When I talked with Howard he sounded like a very upbeat person – everything I’ve read about him has also indicated this to be true. But some of his songs are really morose. I wondered if he reads really depressing poems for lyrical inspiration? “Never been huge into poetry. There are a few people on the way who have stuck, like Ted Hughes. I read a lot of books. I just finished a Graham Greene novel. I’m big into him at the moment. F. Scott Fitzgerald – he’s probably a favorite. I love other people’s interpretations of stuff. Graham Greene’s such a fascinating one, picking up all our little quirks. I see that in songwriting as well. I just read Sylvia Plath’s book as well, The Bell Jar. Her comparisons of things are so fresh.”

Howard’s band mates are fellow Devonians, including India Bourne (“India I’ve known since I was a kid. She was my sister’s best friend.”) He found Chris Bond (who produced Every Kingdom) from a guy I used to play open mics with down in Farmouth.” Howard also did a lot of open mics when starting out in Devon – did he enjoy those? “At the time, yeah. I go back now and I find them the most depressing, soul-destroying things on the planet. But they’re fascinating. Just the amount of characters you get in those places, you could write a book about it. Small egos, large egos. . .”

Ben Howard said this about his younger self, “I wasn’t the best behaved kid when I was younger. I was pretty naughty at school. I always get heated when there’s authoritative figures.” Some of the earliest music he remembers hearing was “probably something like James Taylor. I have a strong memory of that Sweet Baby James record. My mom used to put that on when I’d go to sleep. A lot of singer-songwriters, like Simon & Garfunkel. Probably some weird stuff in there.” Recently he saw the Waterboys. “The Whole of the Moon” was a big song. I saw them at a festival and it kind of put a little tear in my eye.” He has a love of music on cassettes, and made it a point to release Every Kingdom on cassette: “We did 1,000 copies. They all sold, which is really cool. Where I’m from everyone kind of drives around in older cars, so everyone’s got tape players. I’ve always had a van with a tape player in it. I love the sound of tape. It gets old and it gets that warble on it.”

Through Howard’s EPs and Every Kingdom to Burgh Island, there’s a change in his vocals, a more robust tone coming through. I asked which song he’s proudest of his vocals in? “The big thing for me is I always used to try really hard. I was always nervous of impressing people. I’d always over sing. That’s why “Oats in the Water” (and) sitting back on the vocal – I’ve enjoyed that. I’ve found a lower range to my vocals. I think my voice has matured. I prefer the sort of lower tone ones now. I rarely think about my voice. I’m definitely a lot less forced these days.”

Live music fans are lucky that Howard’s a natural traveler. “I like being on the road. I can never see myself settling anywhere to be honest. I like passing through, there’s a sense of freedom to it.” Known for being a compelling performer, Ben Howard will be at Seattle’s Moore Theatre this Thursday, April 18th.
~interview by Dagmar