Certain audiences at shows seem to have an otherworldly and peculiar relationship with the band they’re enjoying. Some fans seem possessed by and obsessed with the music, and the artists. That’s how I felt about the black-clad audience at Nick Cave & the Bad Seeds show on Sunday. It’s not that it’s necessarily a bad thing to be this into music, it’s just not always something I can smell in audience: its love, its desire, and its passion. 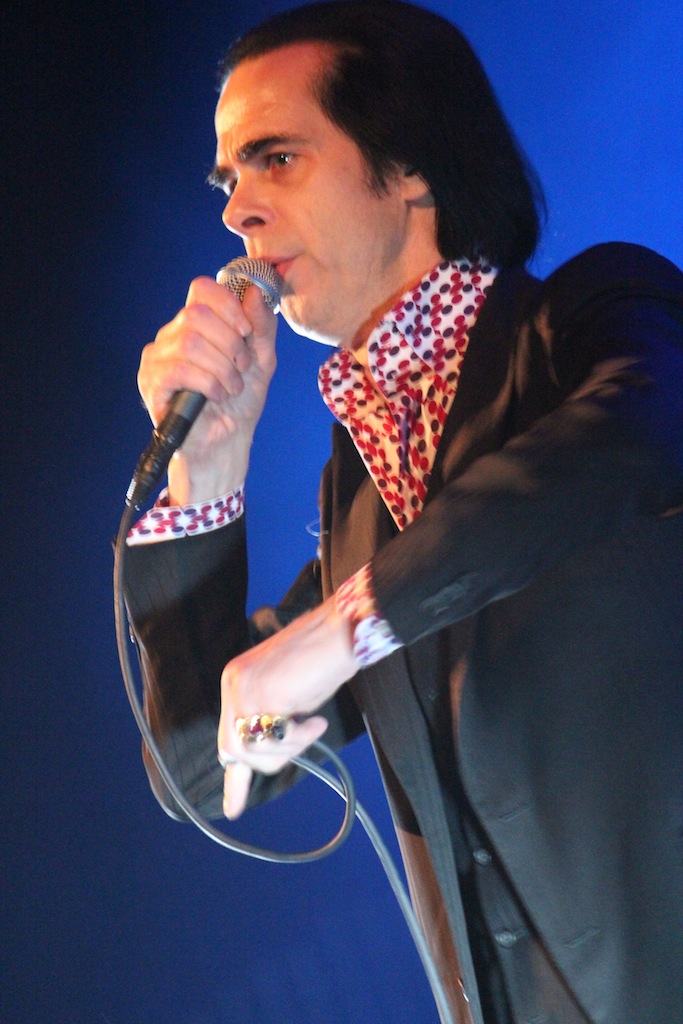 The show began with the elegantly spooky track off 2012’s Push the Sky Away, “We No Who U R,” then drove into the album’s stunning “Jubilee Street,” another frightening song with unsettling poetry (I got love in my tummy and a tiny little pain). We were rapt by the sinister loveliness of the set list, which began with slower paced songs, then spiked with punk tune “From Her to Eternity,” the piece many people know the best. “Red Right Hand,” from 1994’s Let Love In, then released on Songs in the Key of X, had one of the evening’s best receptions. But nothing whipped the audience into a degenerate frenzy more than the dirty and poetic “Stagger Lee.” Cave’s vocals were sinister and rigorous, as strong in the faster paced tracks as in the slower. Front row audience members got to hold hands with Cave in a way I could feel just by watching it happen.

Ending the evening with “Tupelo” and a scarily inspirational “Push the Sky Away,” Nick Cave & the Bad Seeds perfectly bookended the start of their career with their present. It was a visceral, holy evening. 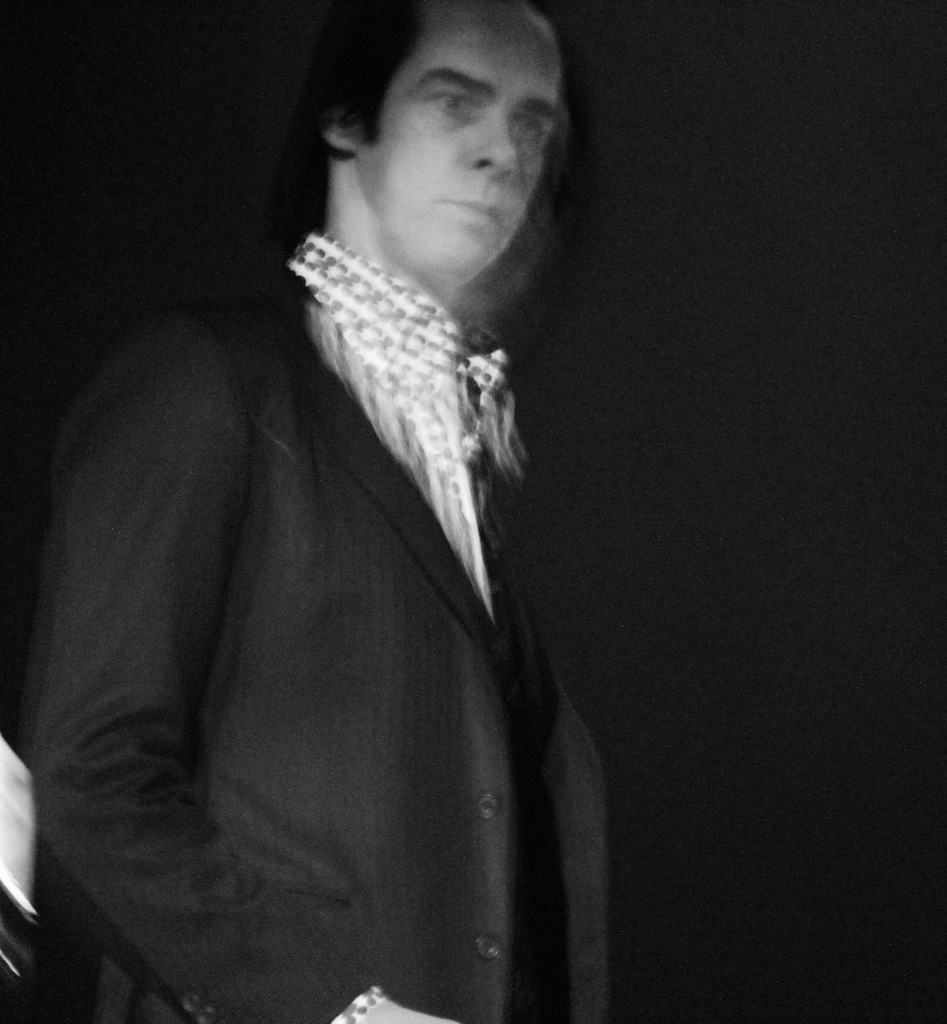 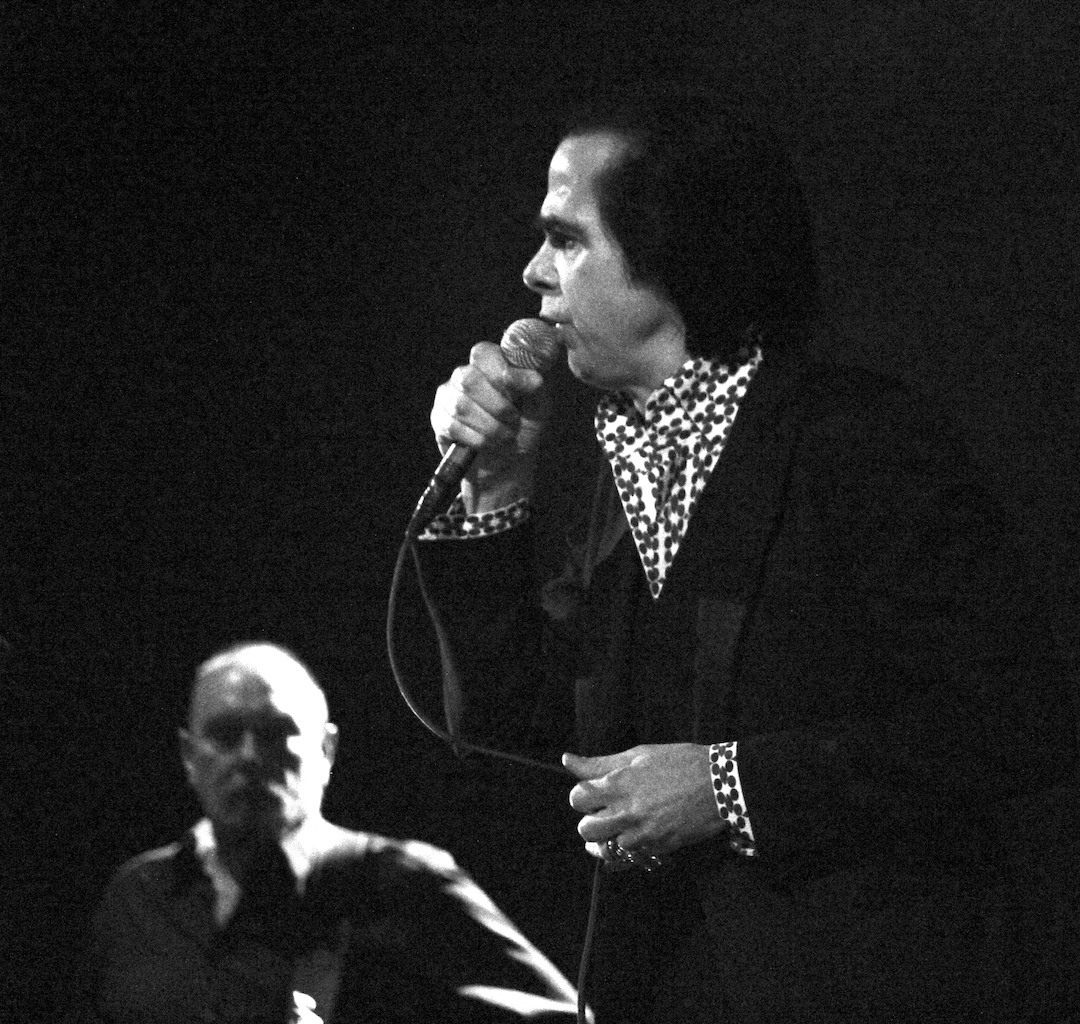 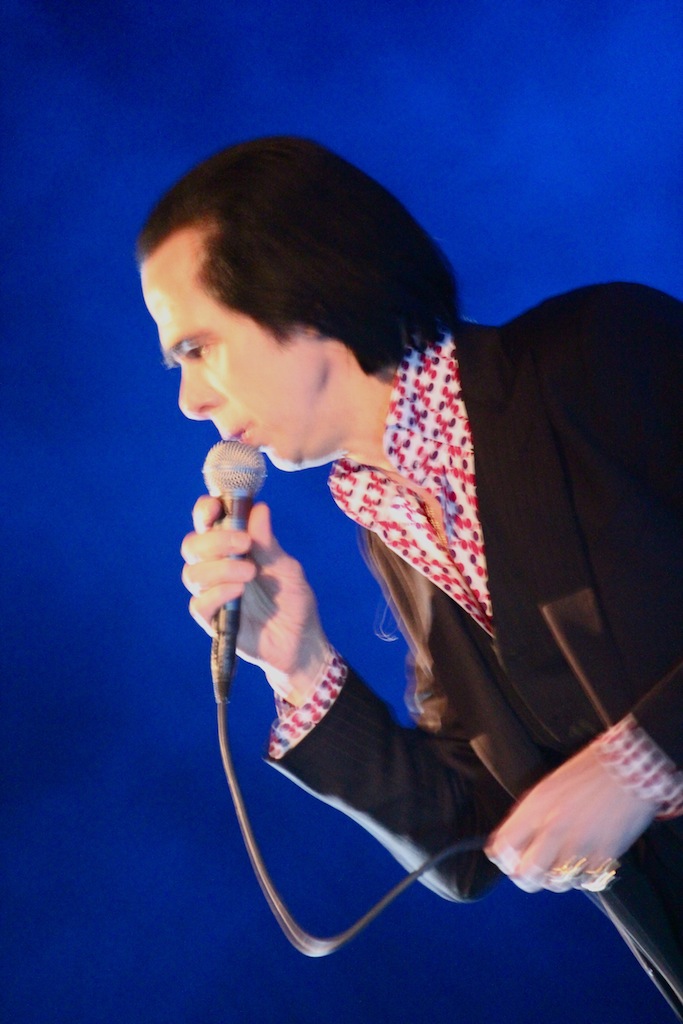 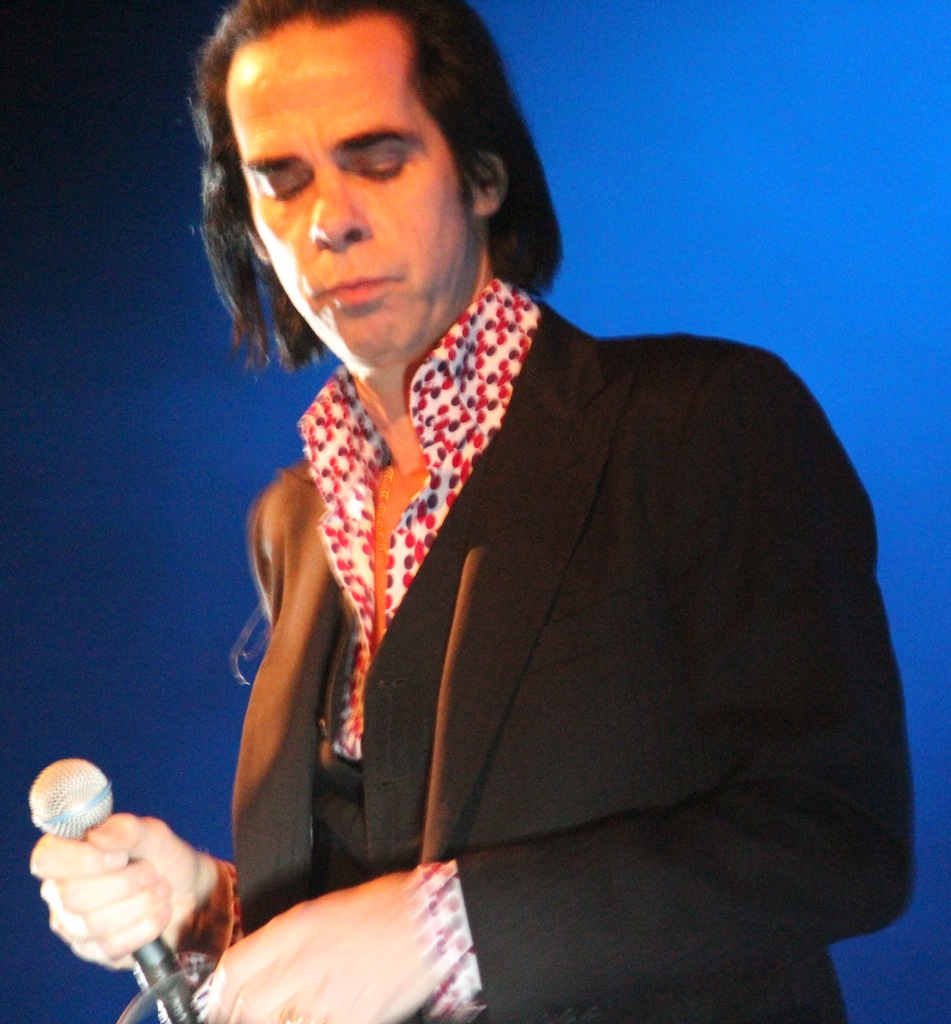 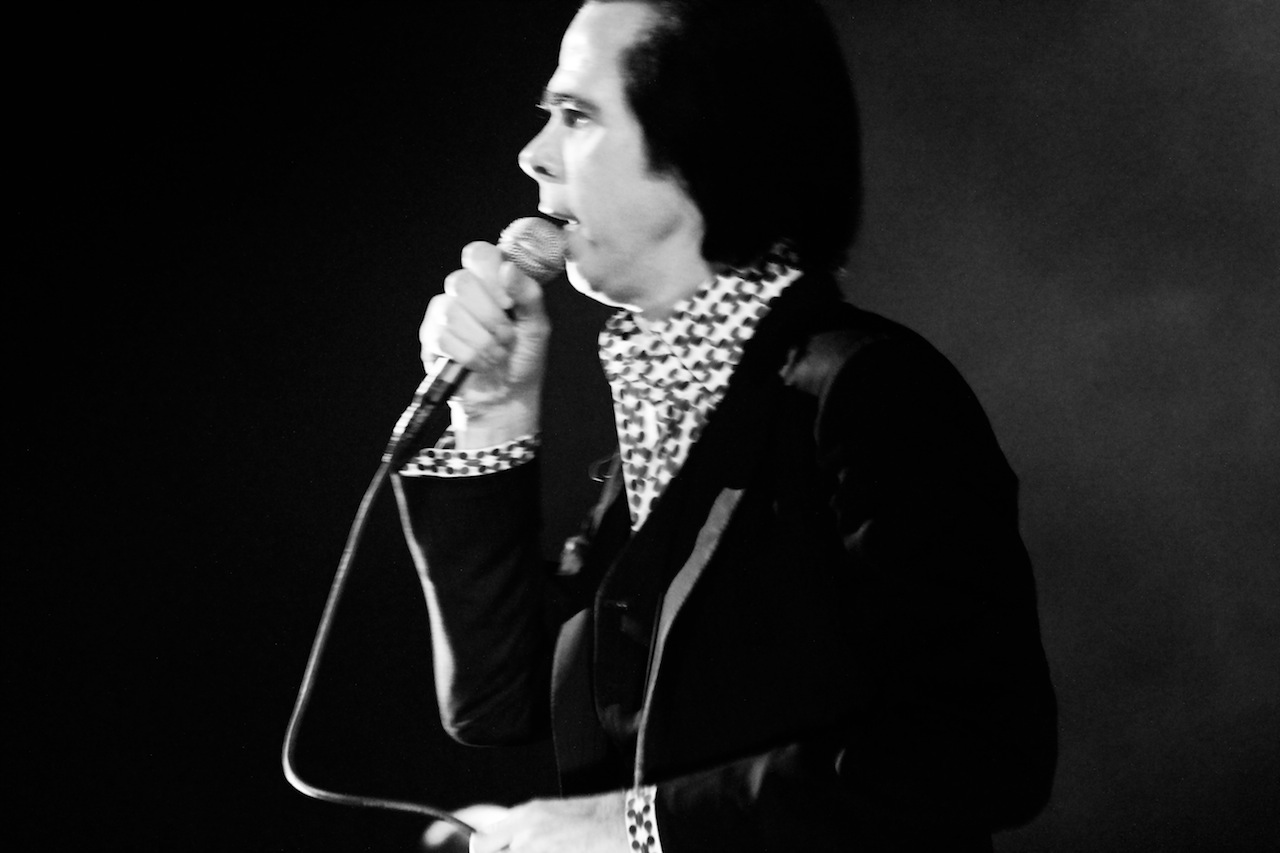 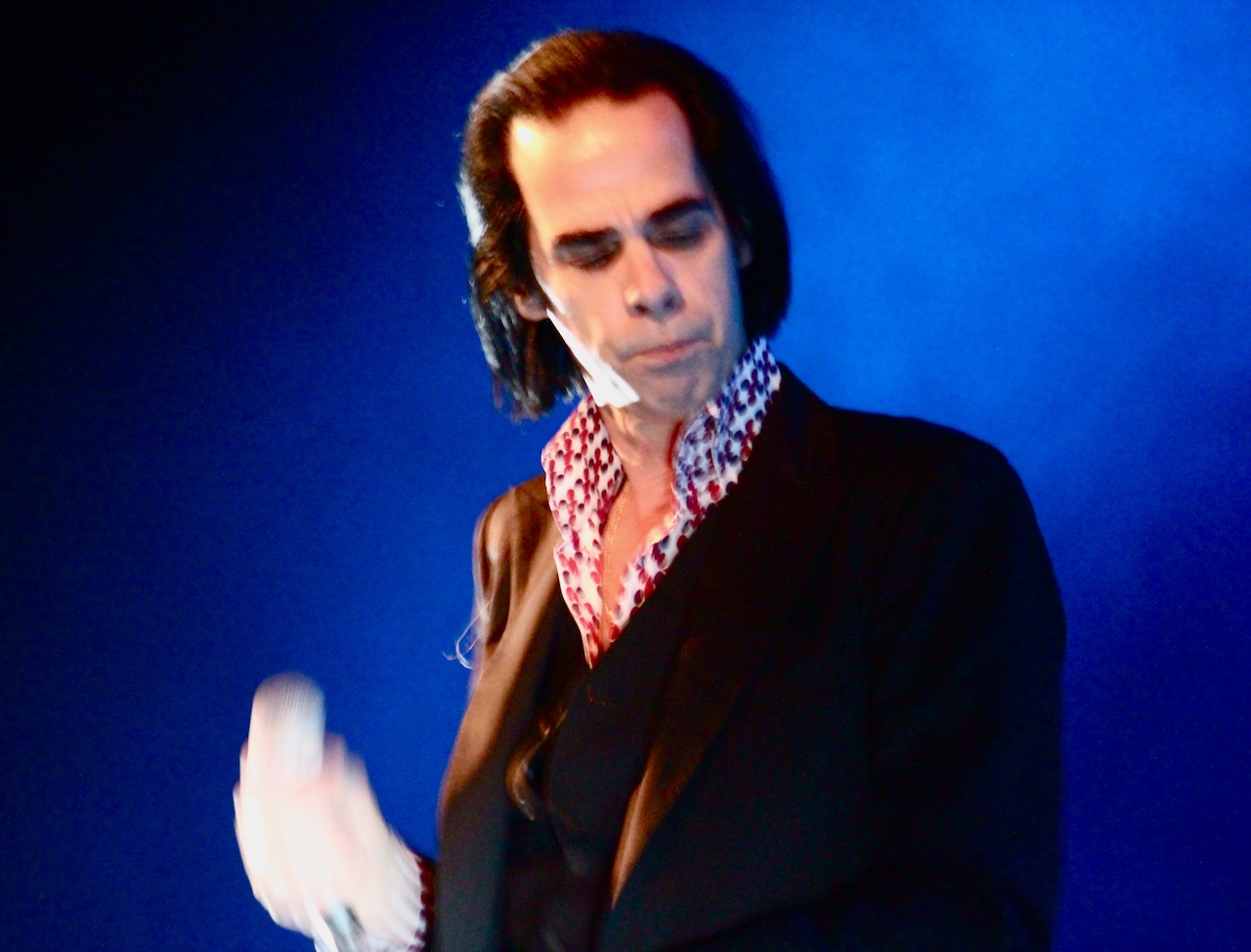 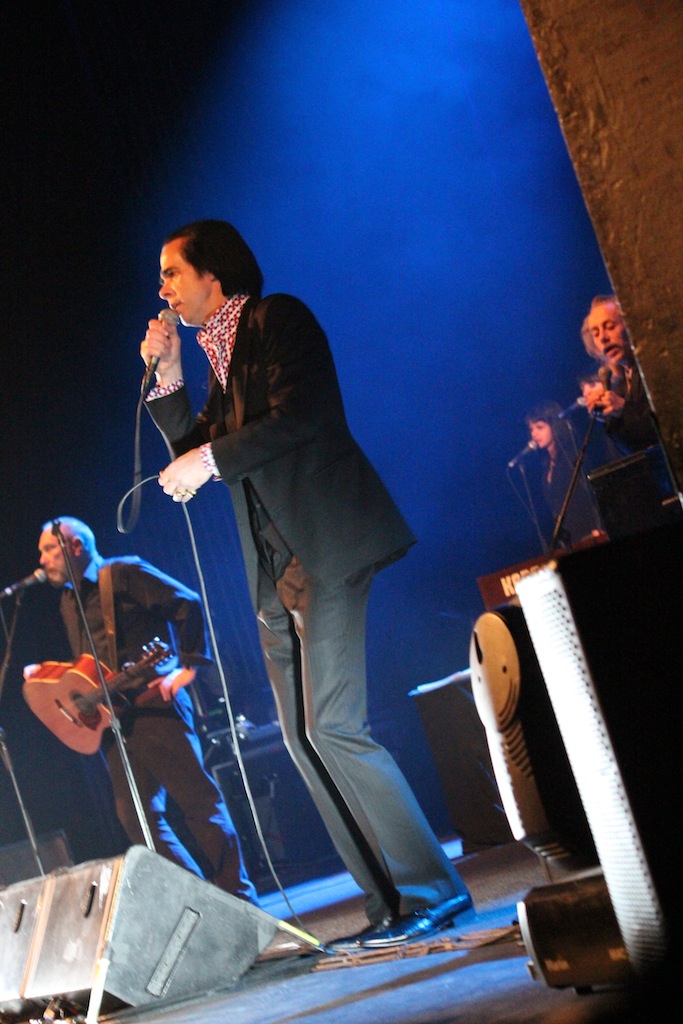 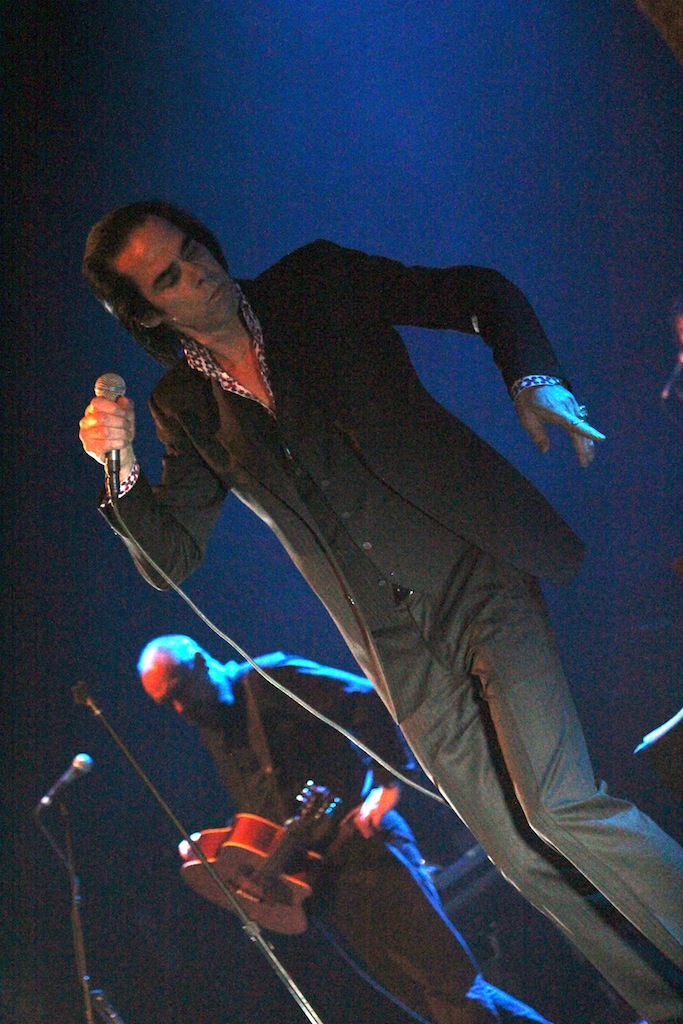 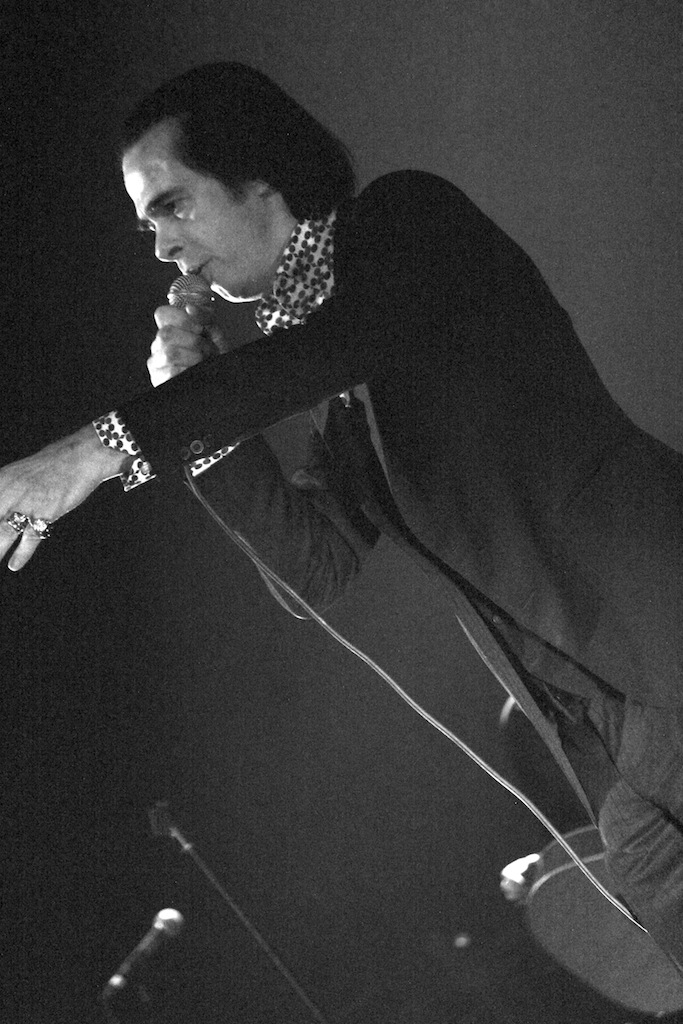 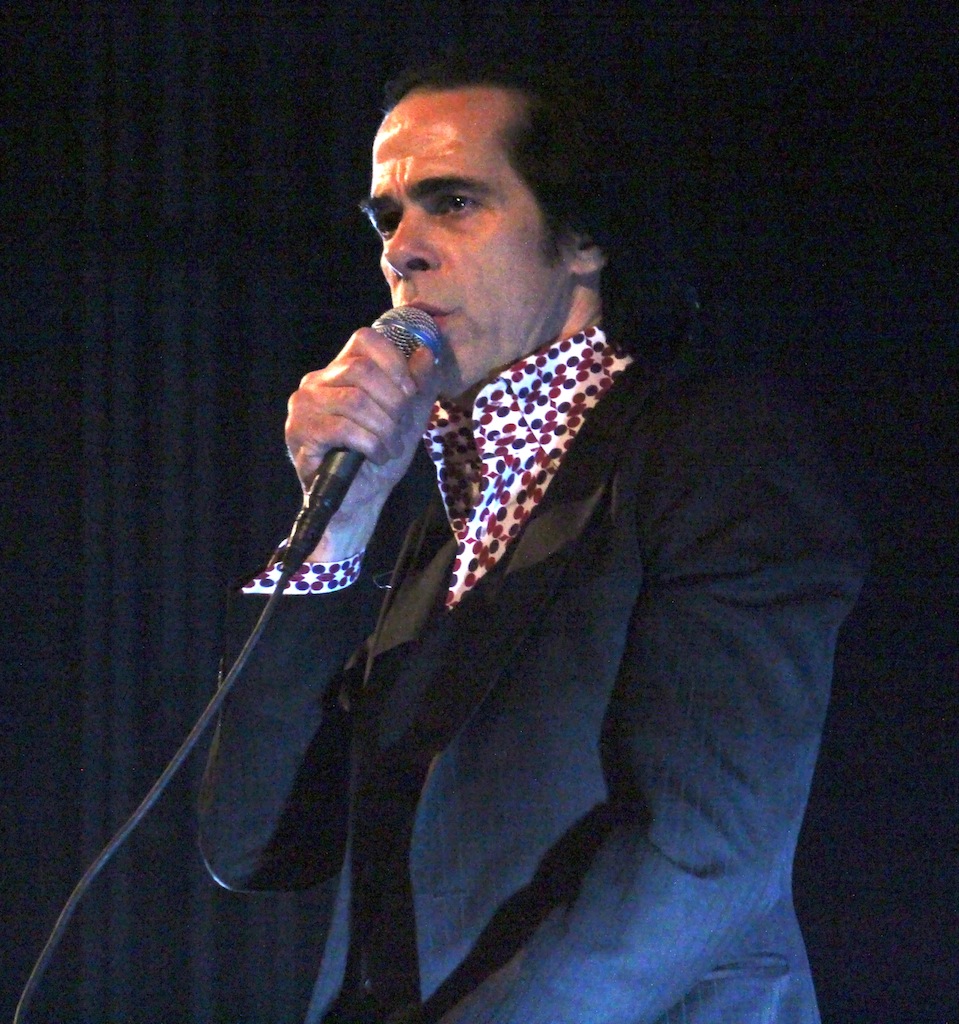 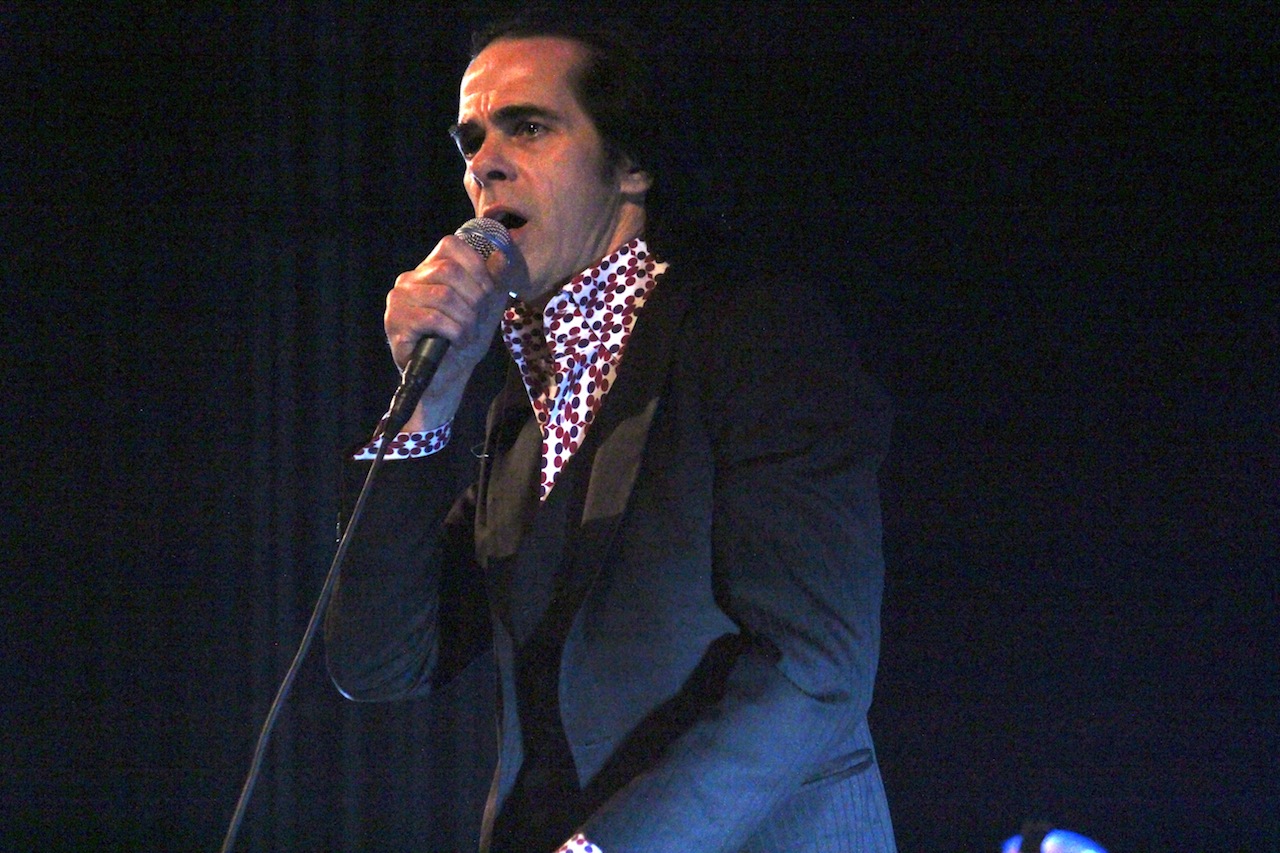 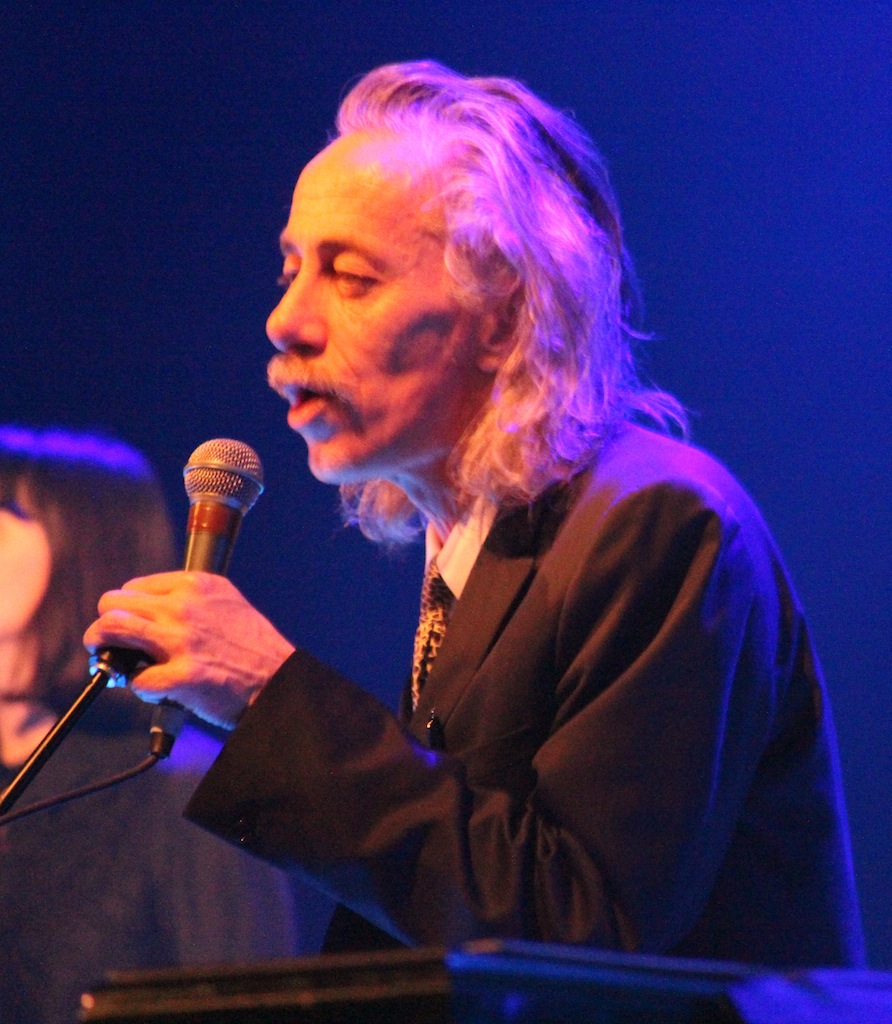 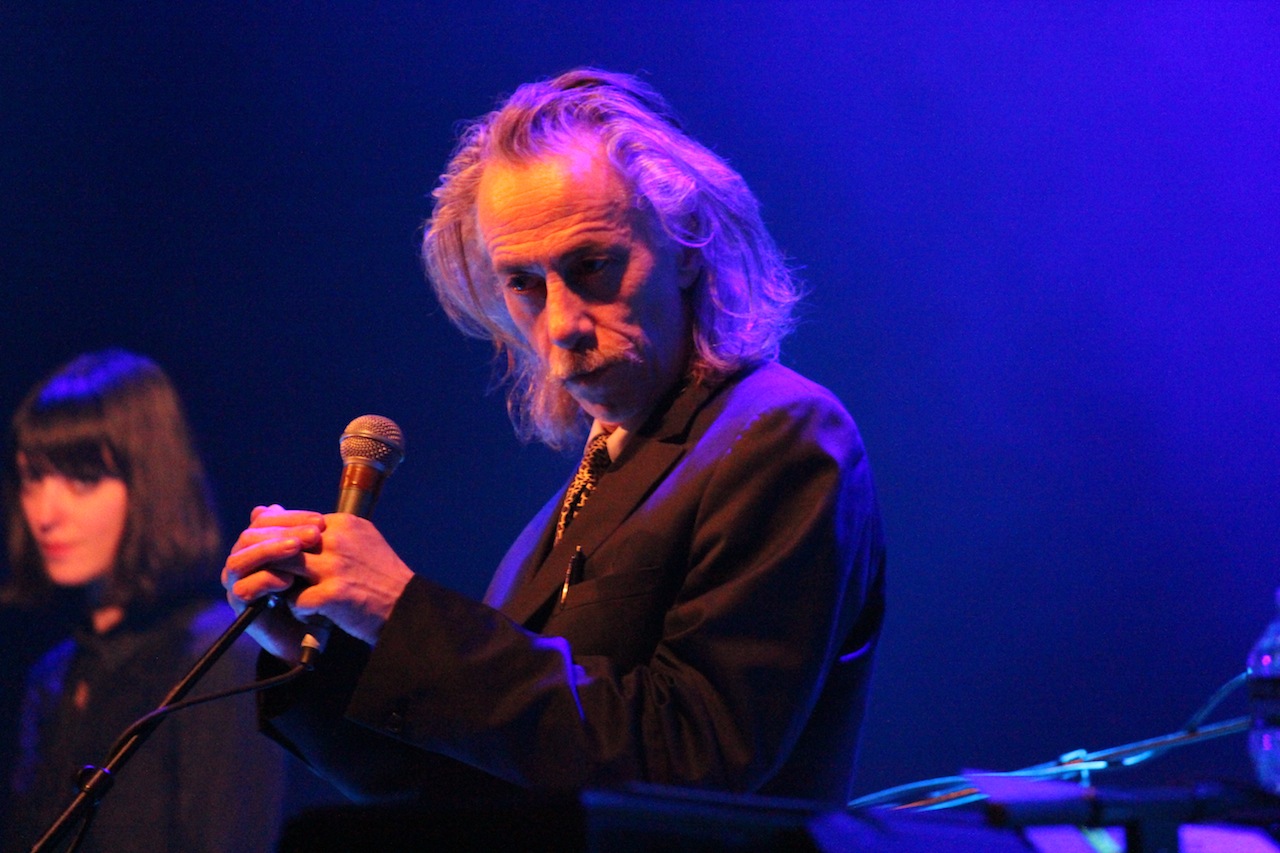 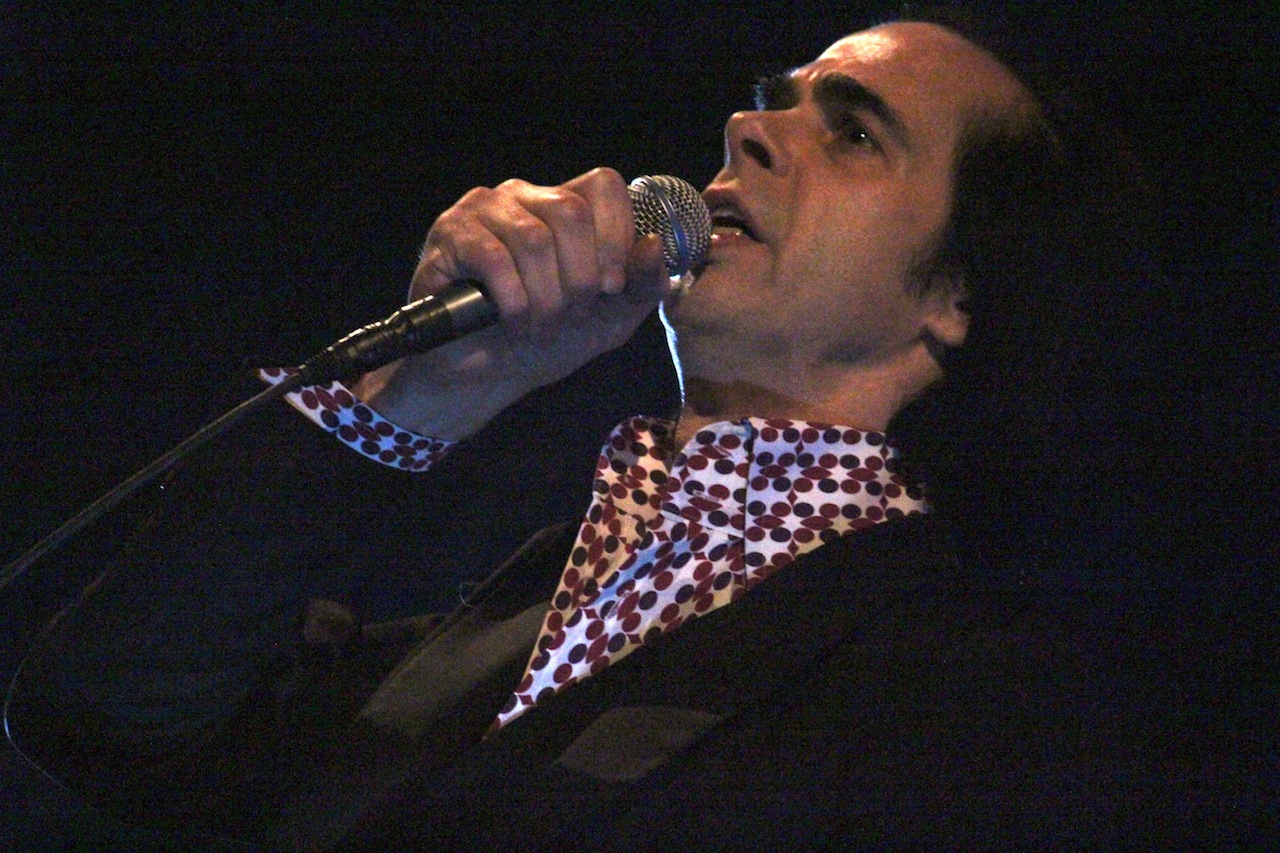 More Photos of Nick Cave & the Bad Seeds @ the Paramount