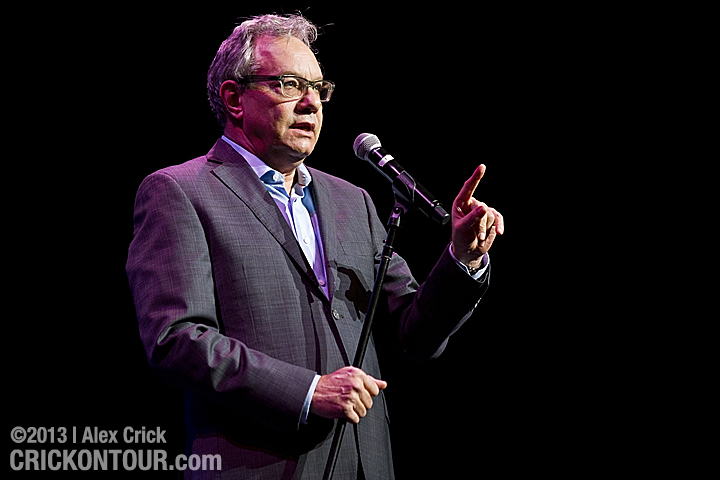 In stature, Lewis Black more resembles your high school history teacher than an unhinged firebrand. In fact, watch the scene in Rodney Dangerfield’s Back To School where the late great comic Sam Kinison cameos in such a role, and you can see the recipe for the delayed boil-over that both men execute to perfection.

To start, explain a concept or ask a question in warm, forgiving, dulcet tones. Next, wait for the counter to said concept, either implied by the audience or from your own continued explanation, realize that said counter is a perfect example of the incompetence/corruption/sloth/cowardice/etc. within our modern society, and begin boiling over and foaming at the mouth accordingly.

Kinison’s targets could be anything in nature, but Black likes to stick mainly to the trappings of our modern-day, corporate, politically-bludgeoned society. Perhaps it’s because in politics – more than anywhere else these days- the asinine, the petty, the incompetent, the insane have all become common talking points repeated ad nauseum without so much as a batted eyelash. Through the looking glass is Black’s classroom.

For his set at the Paramount, Black kept it topical and current, tackling issues such as health care, social media, and the political spectrum at large, drawing out his opening disclaimer: ‘You can be certain of one thing: No matter what happens or what is said here tonight, nothing is going to change.’ Black isn’t interested in taking sides, though (he let the audience do that, as one member actually wanted to bicker about health care before being removed to cheers). Everyone is fair game. After harshly introducing Republicans in his act, he interrupted the crowd applause to let them know the lambasting of Democrats would soon follow.

In truth, Black’s act is as much performance art as it is comedy, yet it’s a subtle brand devoid of the clichés and stigma we usually associate with the former term. Black plays up the character of the old fuddy-duddy; he is confused and flustered by our modern-day society and its affectations like cell phones and political-speak. By god, sometimes he’s so flustered, he can’t help but scream profanity at the top of his lungs, jab his wobbly fingers out, and froth over with actual spittle left on his chin (regular opener John Bowman, who did a solid set in his own right, demonstrated his own spot-on Black impression with a simple “FUCK YOU!!!”). Black wants us to learn that common sense is no longer very common (perhaps it never was), and that outbursts of temporary insanity are the only responses a sane person can muster when confronted with the world’s nonsense.

Black isn’t really the old bastard who wants us off his lawn, he just plays one on TV. We in turn don’t begrudge the curmudgeon act. We laugh as he translates the zeitgeist through fits of rage. 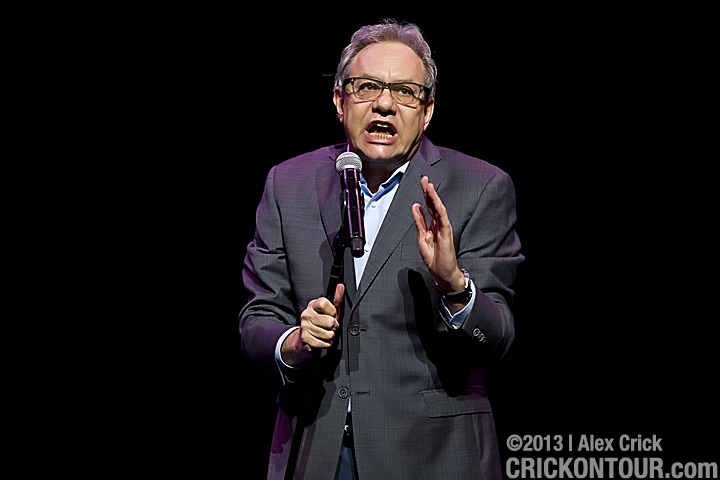 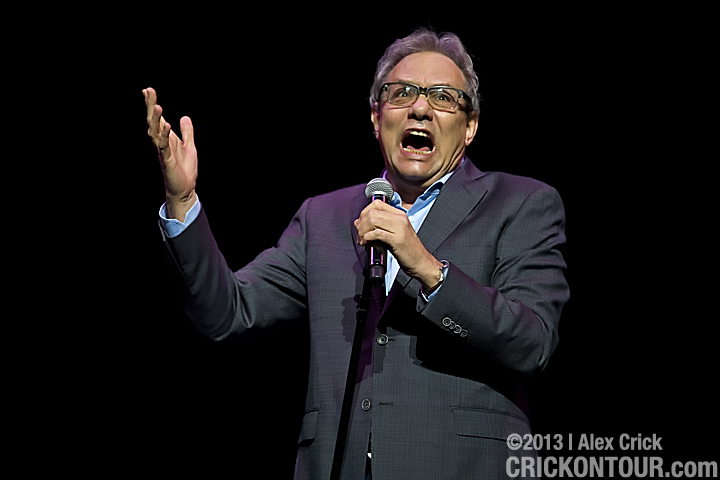 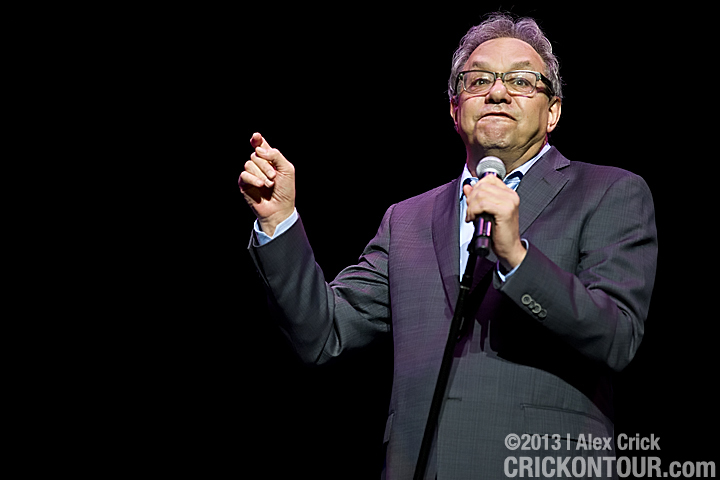 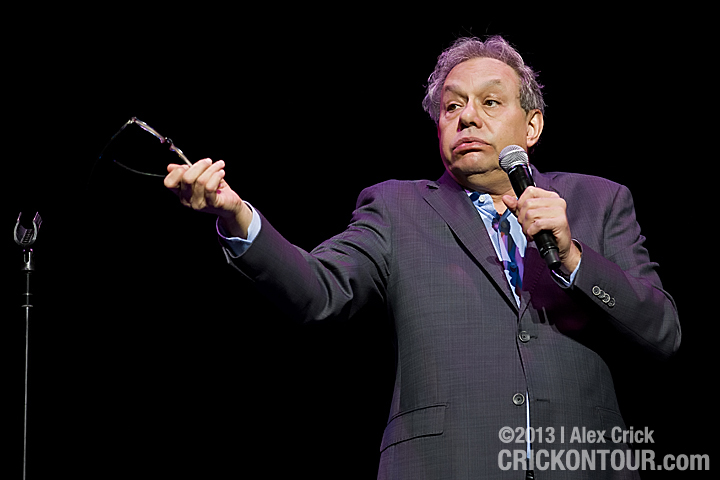 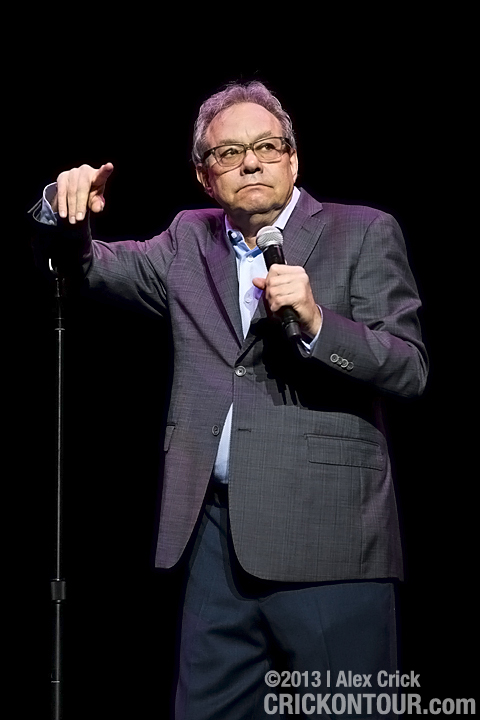 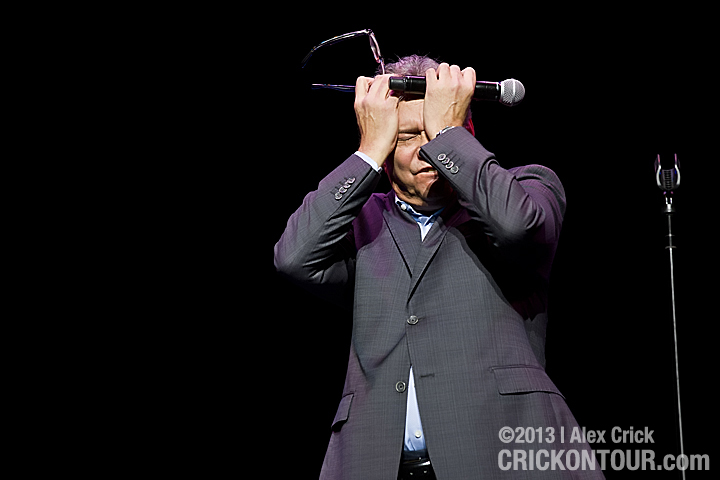 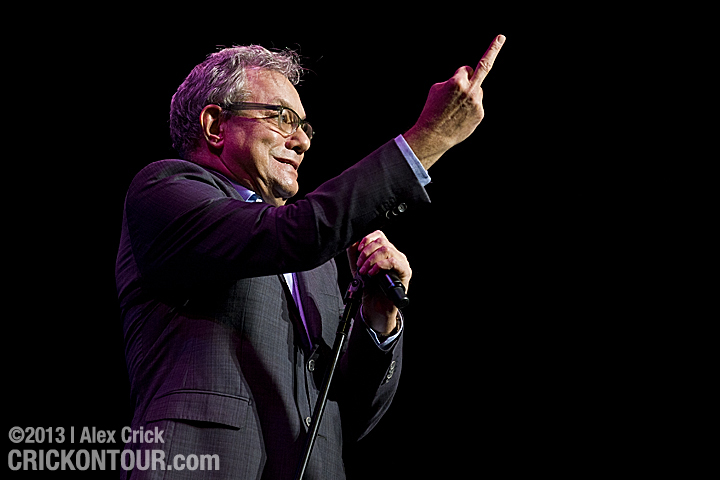 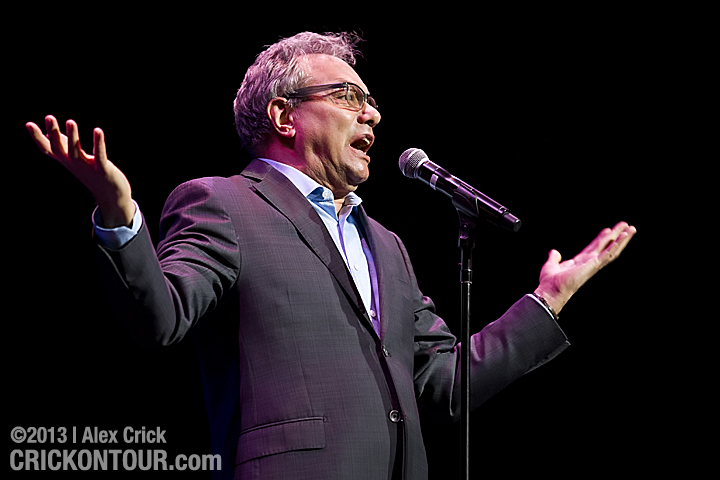 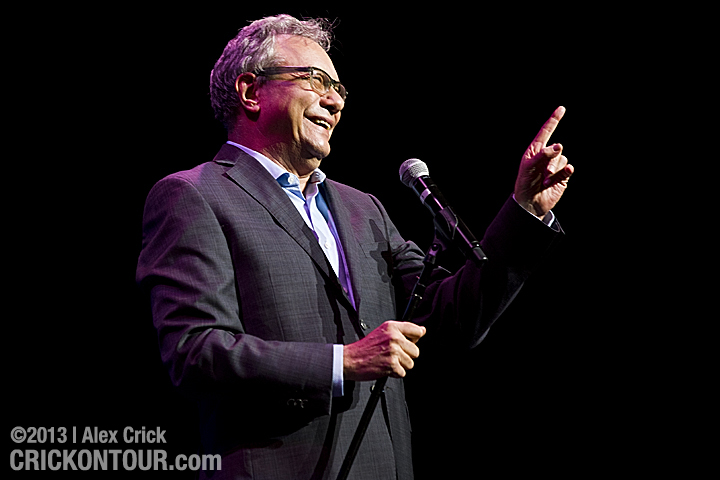 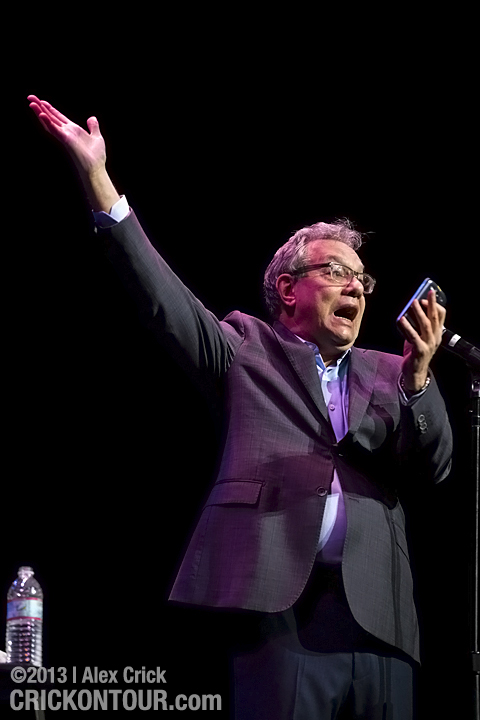 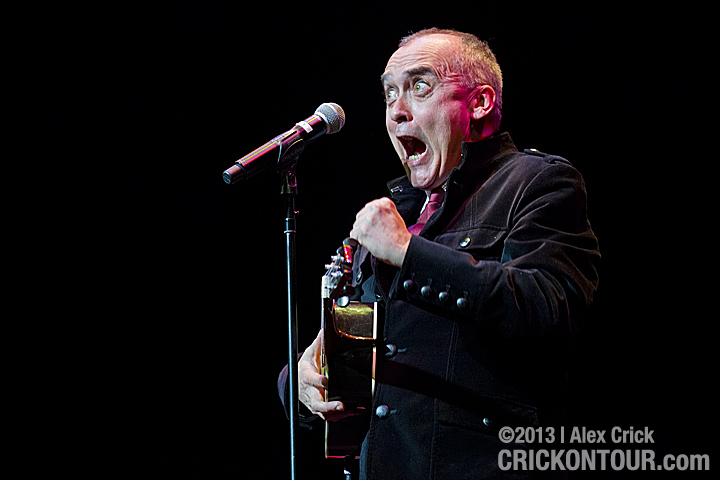 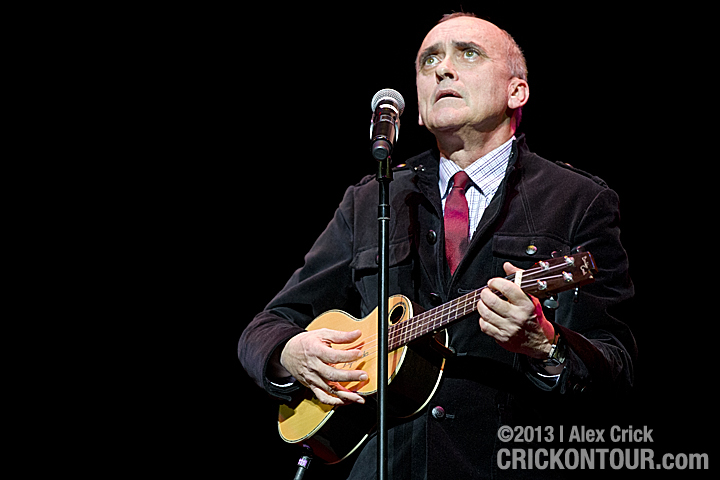 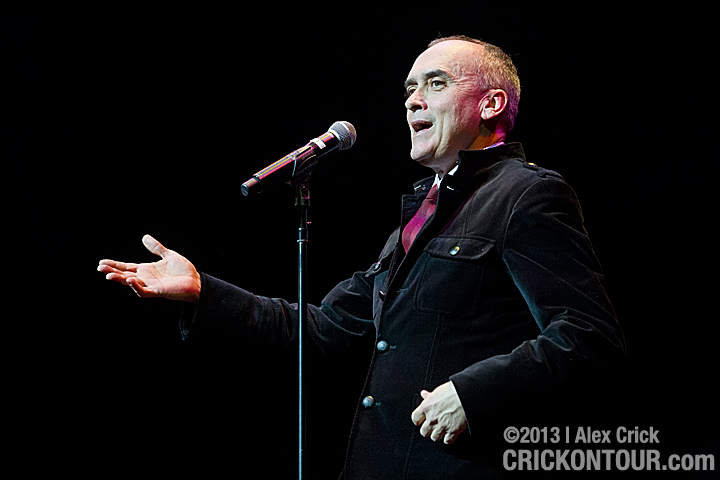 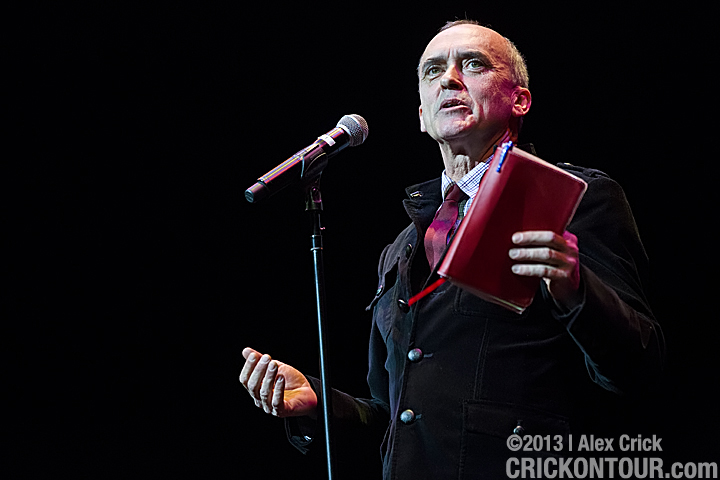 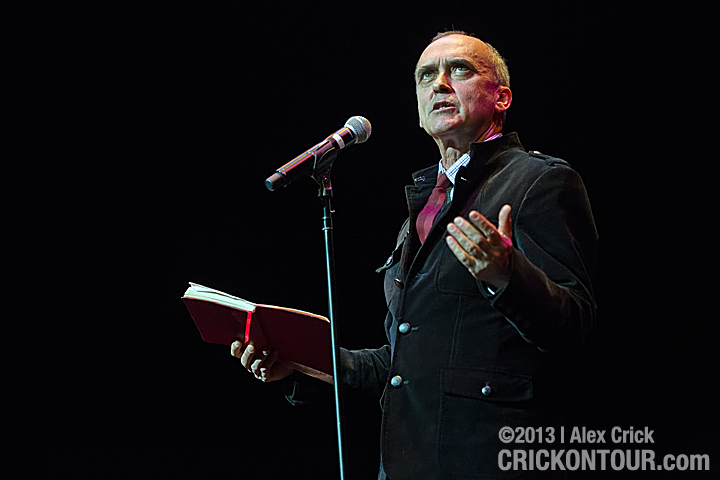