The Afghan Whigs @ Showbox at the Market, 11/4/12
Review by M. Crossley
Photos by Rod Tipton

I’m not going to lie, I have considerable trepidation about sitting down to write this piece.

I am not, like most, a lifelong Whigs fan. I didn’t really discover and actually listen to them until just a few years ago, and although that may be no big black mark against me in the context of a show review, it’s a responsibility that weighs heavily upon me.

The Afghan Whigs are, arguably, the biggest band out of my hometown of Cincinnati, and the first non-Seattle band ever signed to Sub Pop Records. My hometown and my adopted home have to do battle here, for rumor is that Seattle was not so receptive to these erstwhile Ohio heroes. I get it. It just doesn’t make this piece any easier.

Perhaps we should start it as a story, just for perspective.

Act 1: Wherein we set up the narrative, introduce the characters (Crime Scene, Part One)

We open on a blue-collar city, grimy around the edges, yet vibrant in the university area of town. There are college bars and watering holes for the miscreants. Spiky haired punks and skinheads congregate around an 8-inch marble fence next to a neighborhood Perkins 24-hour restaurant. One of these punk rock nymphets is my older sister, deeply entrenched in the local scene and cunning enough to persuade our parents to allow me to go to shows with her. I am eleven years old; there are flyers and spray painted slogans everywhere. Leather jackets with logos, the artistic and clever placement of safety pins, I take it all in. I am in love.

I notice every minute detail. One of the details I note there is a flyer for a band called The Black Republicans. I remember it made me laugh. As was my practice, I tore it down, along with all of the other good ones to hang on my bedroom walls.

We open in a dirty practice space. . . I don’t know, somewhere along Central Ave., or perhaps nestled inconspicuously among some dark pocket of Corryville. Greg Dulli’s band The Black Republicans calls it quits, and among the detritus in the room, Dulli sees a phone number from a guitarist named Rick McCollum written out on a beer box. He calls his friend John Curley who recruits drummer Steve Earle, and The Afghan Whigs form. This is all supposition on my part, but it can’t be that far from the truth. They have a few beers at Dollar Bills or maybe the Submarine Galley, then go to the jam space and kick around some Temptations songs.

The Internet starts flickering. Rumors. Greg Dulli is curating ATP. Nope, not a rumor. Confirmed. Afghan Whigs will be playing All Tomorrows Parties. More dates added. Then Cincinnati, Bogart’s at that. It’s right around my friend and fellow band mate Connor’s and my birthday, we could book a flight? Wait. . . Wait. . . Tour. Awesome! Showbox at the Market, 21+ – that means we can have our beers on the floor. November, damn it’s only July. . . What are we going to do until then? 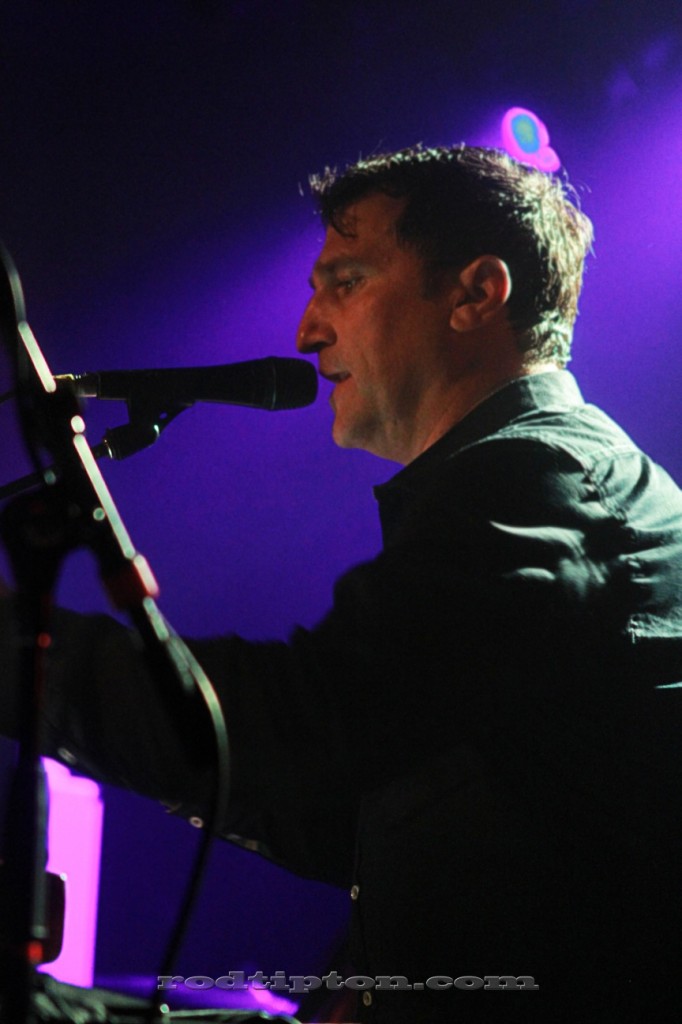 Act 2: Where the narrator becomes inundated (Turn on the Water)

I considered myself a punk rocker; I didn’t listen to sell out grunge bullshit. I never once saw the Whigs play in Cincinnati, but after they got signed to Sub Pop, I do vividly recall the talent scouts scouring every venue in the city. I remember the MTV specials on how Cincinnati was the next hotbed of music; I remember the out of town dudes checking out BuBu Klan, Wolverton Brothers, Ass Ponys. . . It lasted about 2 months. To me, that shit was passé, and I mistakenly assumed Afghan Whigs were a grunge band. It was hard not to, you had all of this great music coming out of the Pacific Northwest that I could really get behind: Poison Idea, Mudhoney, Green River, Mother Love Bone, that first Sub Pop 200 set, L7, The Gits. Jesus, then it turned and got all teen angsty. And maybe that’s the rub, The Afghan Whigs wrote songs that had more adult themes, and their music has always been derived of more soul, RnB, and straight post-punk rock than the label mates they shared on Sub Pop. So Seattle did not exactly embrace The Afghan Whigs, but The Afghan Whigs, I’m sure, embraced as many ladies as they could. You can see them in their old PR shots, looking every bit the upstart grunge band, yet their music from Up In It and Congregation puts their label mates to shame.

As far as anyone remembers, up to this point it was always us vs. them, then there was a Lollapalooza tour, and now, all of a sudden the title of an “Alternative Nation” was placed upon us. What kind of stupid misnomer is that? I used to get jumped in school for wearing Social Distortion T-shirts; now those same guys are allowed to bro up to me in the pit and put their arms around my shoulders? Hell no. The Sex Pistols’ Great Rock N’ Roll Swindle was becoming fact in front of my very eyes.

Yet the winking messianic lothario that is Greg Dulli would not speak to me, not until my thirties, and not until I heard The Twilight Singers’ first.

I met Connor and Courtney from French Letters, and Bobby from Death by Steamship down at Pike Place Brewery. We drank buckets of beer waiting for the photog, Rod to arrive, then we went in and had some more, singing Whigs songs on our stools. We made our way across the street for more drinks, all very excited to be hanging out somewhere outside of the band context together, but really anticipating the show. We pushed our ways all the way to the front
stepping on every toe we had to to get there – the stage backlit in blue as the band marched up with confidence. Bobby keeps the supply lines of Kokanee cans coming, Connor turns around and informs me that they used to be called The Black Republicans, a dim light of recognition ignites in my memory. John Curley starts playing a bass line, looking badass behind his black Rickenbacker, Dulli takes the stage last, just like he did in the “Going to Town” video. You know, that casual strut as he so nonchalantly strums one handed on his Telecaster. They launch straight into “Crime Scene, Part One” then without a pause into “I’m Her Slave.” We go crazy, and by we I mean all of us. Collectively. We are in their control, and they don’t let up for a moment. The tension is perfect, we play act at the emotions the band play-acts at us, we are all in a relationship together at this moment, and every dark sentence and any nuanced growl emotes perfectly between the audience and the spectacle.

The band, I must say, looks ready to kill. Tight, taut, and ready to distraught, they weave between original favorites, well-chosen RnB covers and little snippets of Prince covers peppered tastefully about. They play well over an hour before launching full bore into “Going to Town” followed by “Faded” into “Fairfax and Fountain” for their set close.

Of course an encore was due, and after the Kokanee supply lines were replenished by Bobby, the band came back to the stage to perform a song from Jesus Christ Superstar I wasn’t familiar with, then segued into “Purple Rain,”-into “Miles Iz Ded.”

The band kicked ass. They were in perfect form and delivered a show I will probably never get to see again, a show I’m sorry I missed in the beer bar laundromats of Ohio. Way back when in 1987, I could’ve easily snuck out of the house.

We went to a pinball bar in Belltown, you probably know the one. We were wasted and hoarse from singing full lung all night. Somebody probably left first, but I don’t remember. I know Bobby got 86’d for being too nice and too drunk out on the sidewalk. we sat around in our thirty-dollar T-shirts from the show; I had some Fernet. I was with a girl, we caught a cab. Weed suddenly seemed a great idea. Partial parts of stanzas from the lyrics that title this act would work either way in my case. I passed out face down on a floor, Afghan Whigs T-shirt now swaddled around my head like a 360-degree pillow.

The first time I ever really listened to The Afghan Whigs was in Lexington, Kentucky, sometime around 1996. My friend Tara and I were obsessed with this show My So Called Life. In one of the episodes “Fairfax and Fountain” plays, and Tara informed me that was The Whigs. It was a good song, I was intrigued, but I just can’t watch that show any more (It’s just so. . . Like. . .).

The Twilight Singers was to be my apogee, and one song in particular. Bonnie Brae. Not only was this the name of a Cincinnati apartment complex that had swastikas in the tiles, but also it was an intriguing song. I loved the lyrics, the music, and the voice.

My very underage girlfriend at the time saw them at Southgate House and got backstage, so I figured I’d better investigate, it turned out I was in over my head as far as vitriol went, and they were pretty fucking good anyhow. How could I fuck with a legend like that?

And that’s the thing about Dulli and a band. As compelling as this, people are going to say whatever they want about it, but they ain’t going to get any apologies.

I understand why The Whigs didn’t settle so well in Seattle back in its “grunge” days.

The music scene in Washington eats its own. It’s a carnivorous bitch, and especially at that time I don’t see much quarter being given to the outsiders. There was a lot of cash being thrown around.

It’s a shame though, eighteen doesn’t only last but for one year, and The Afghan Whigs are the perfect band to steer your post-adolescent blathering onto the next decade. This is the band that always deserved to be, and with a whole new generation of fans inspired by them and selling out all of their shows, we might be all right yet. 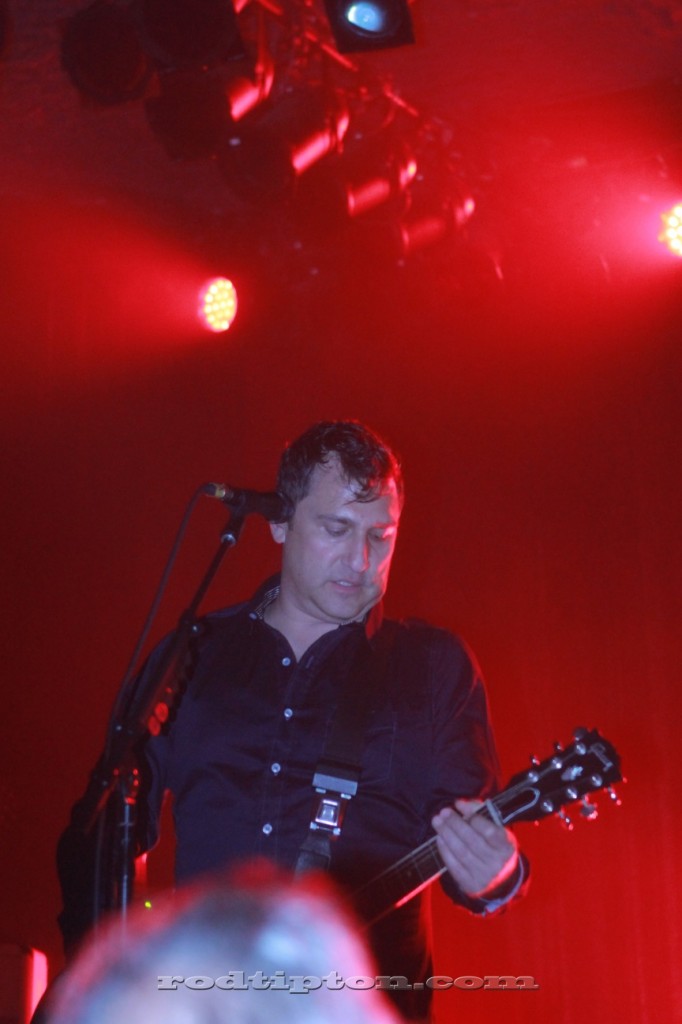 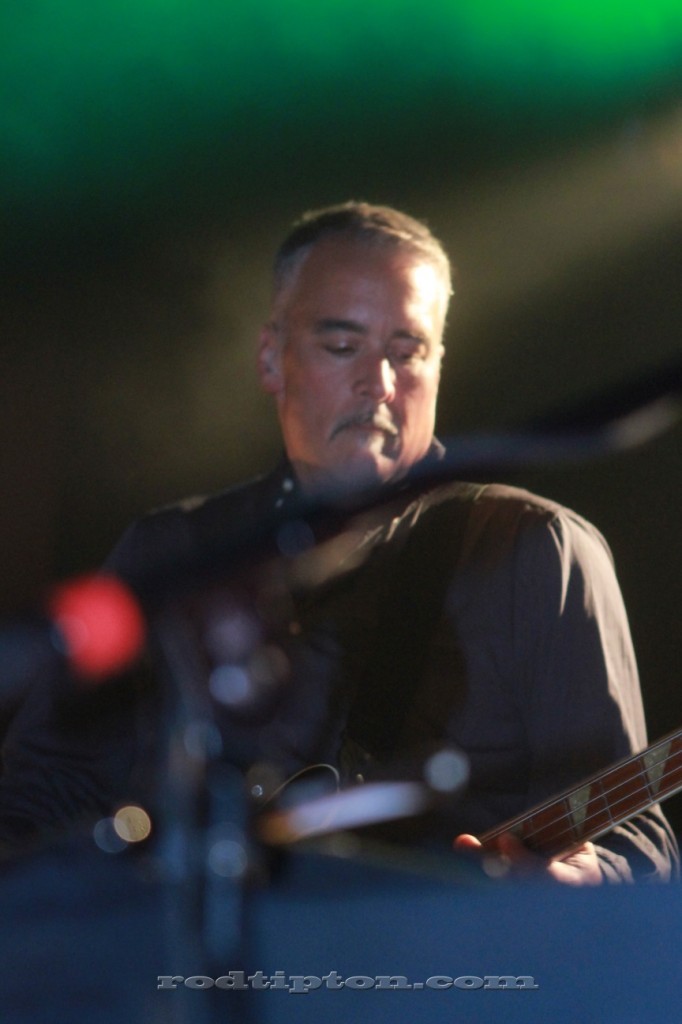 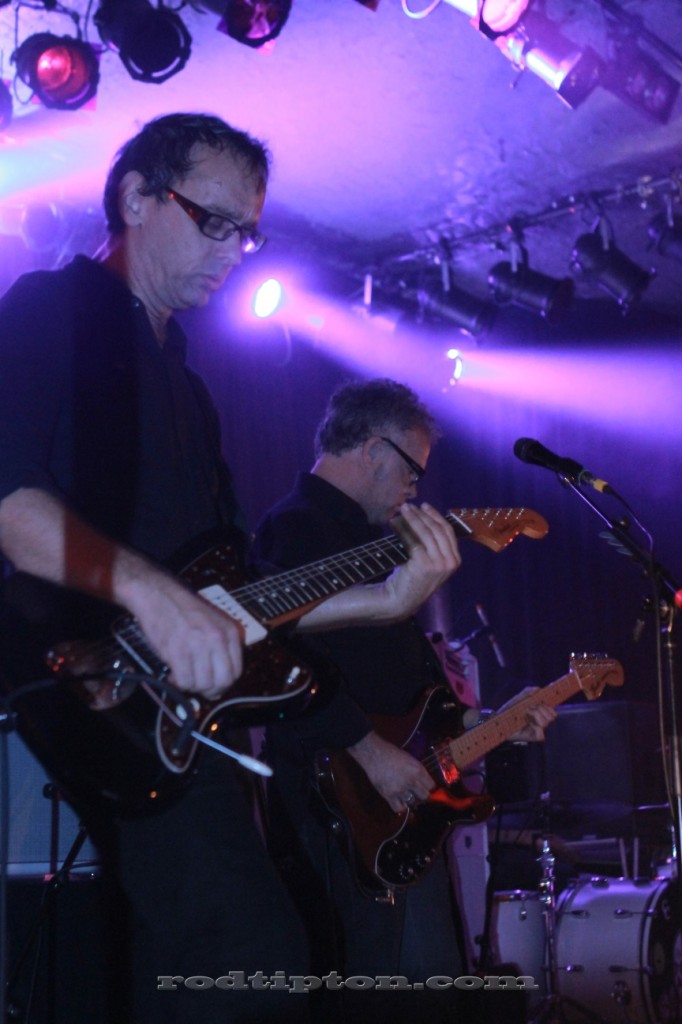 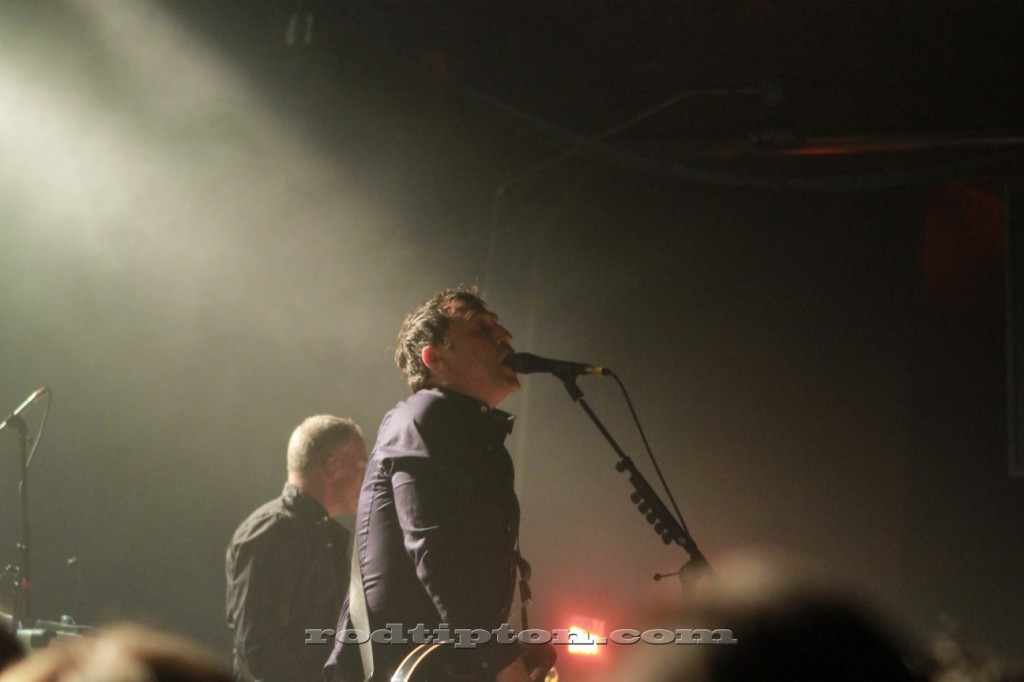 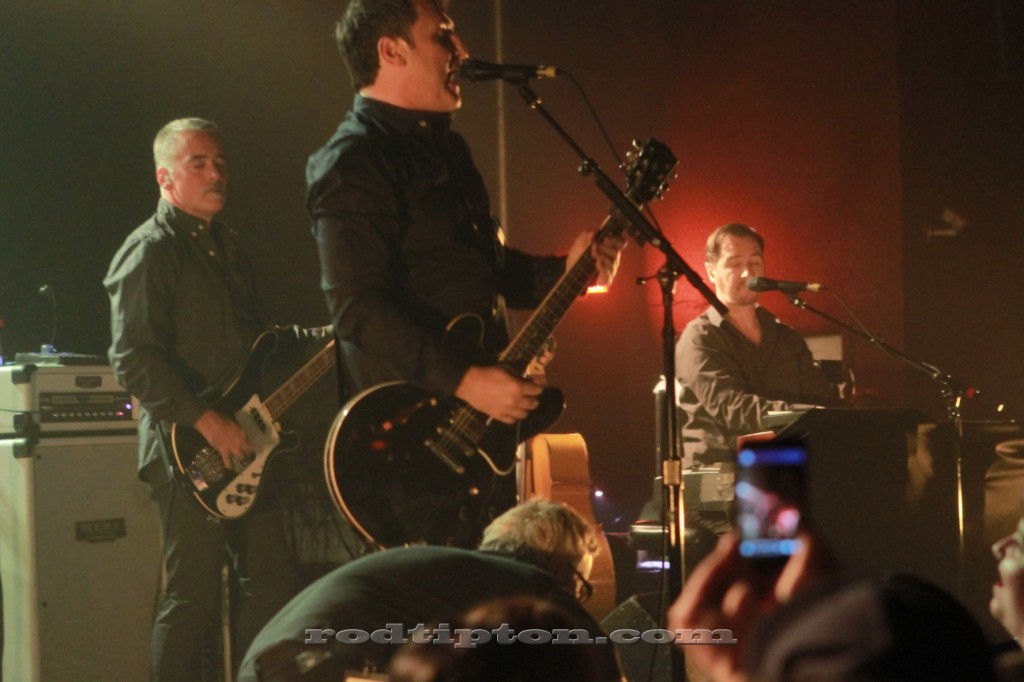 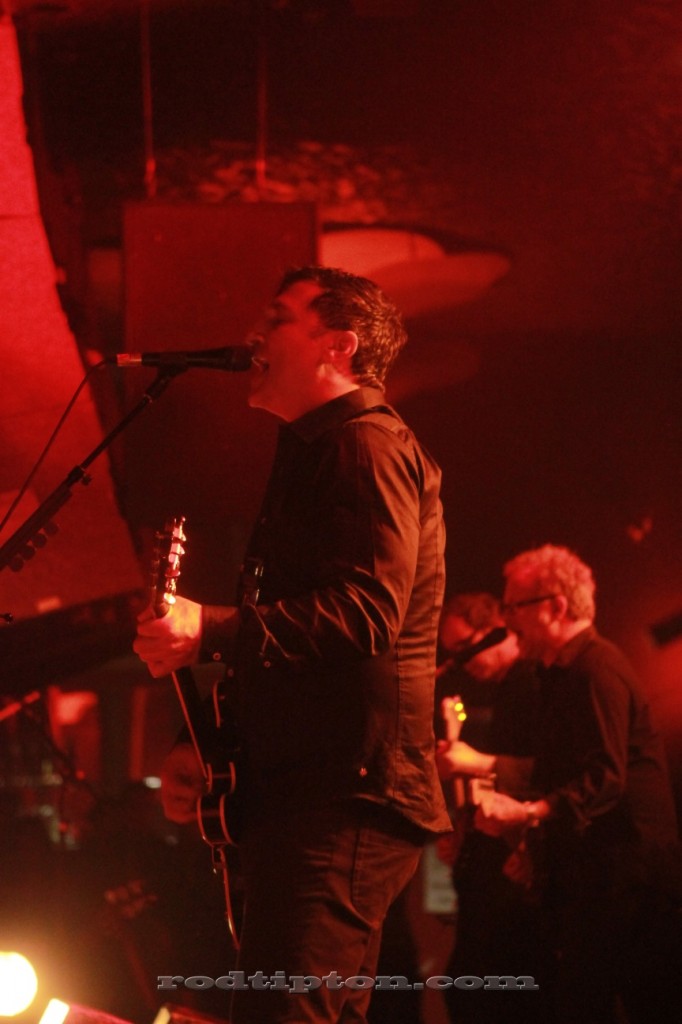 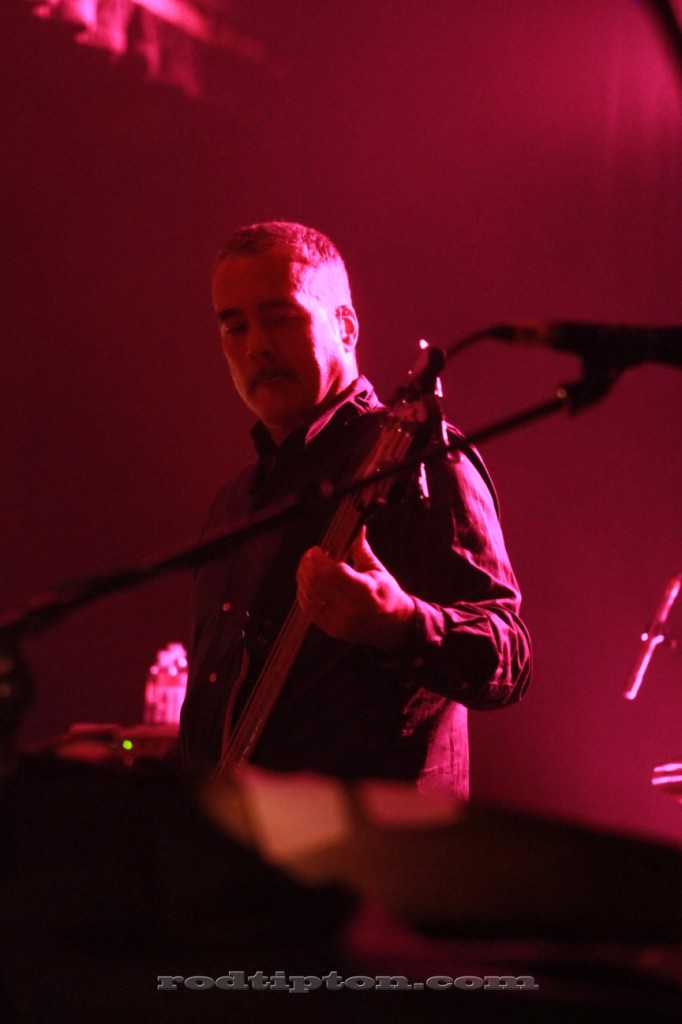 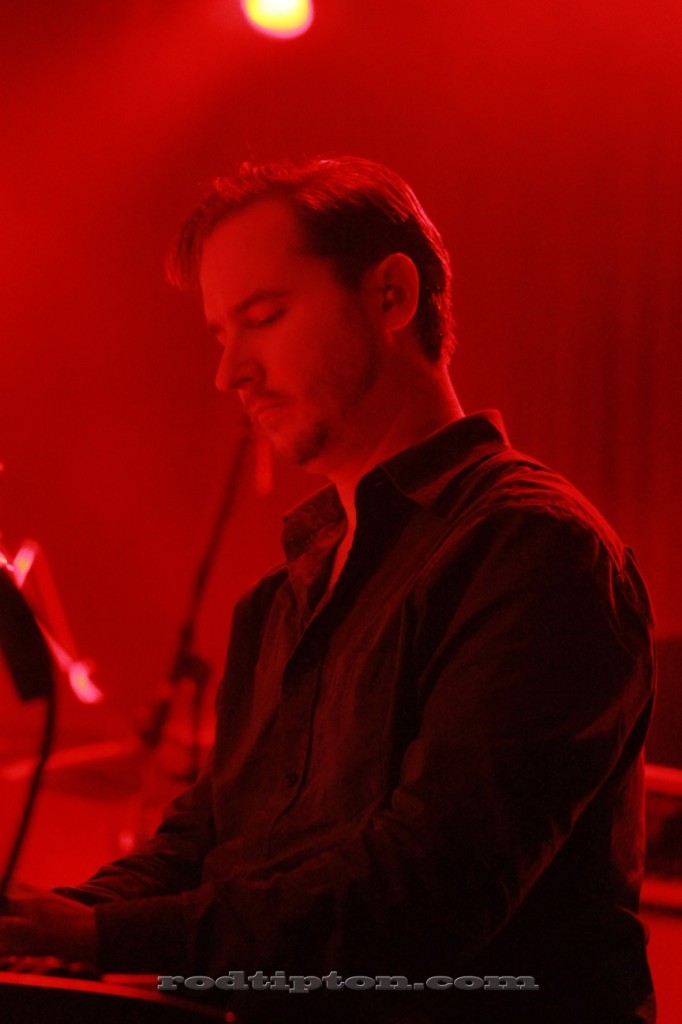 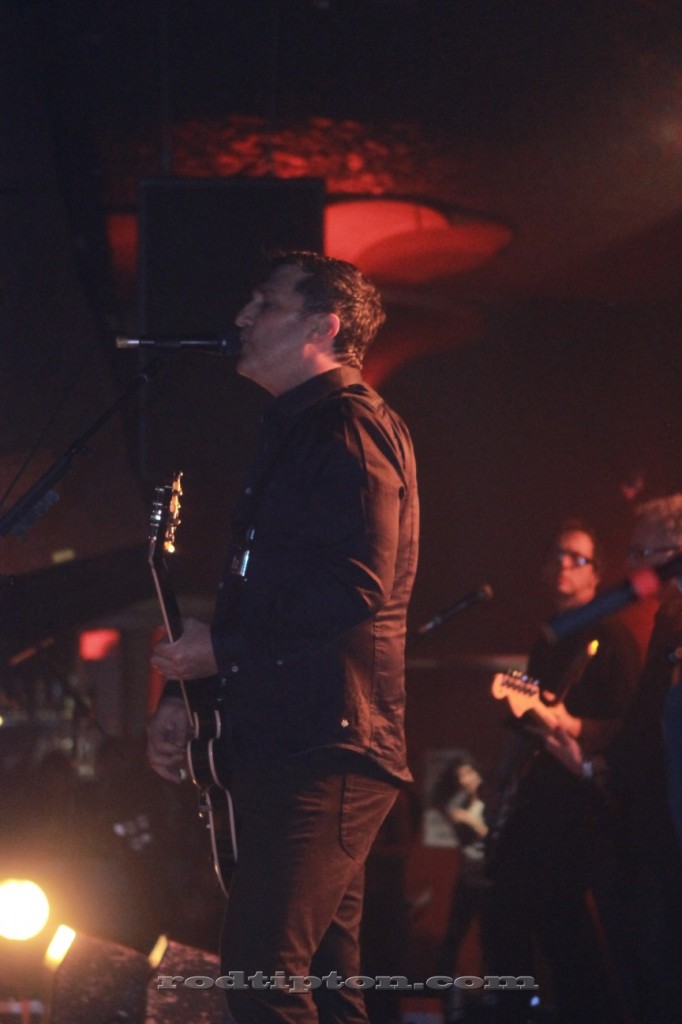 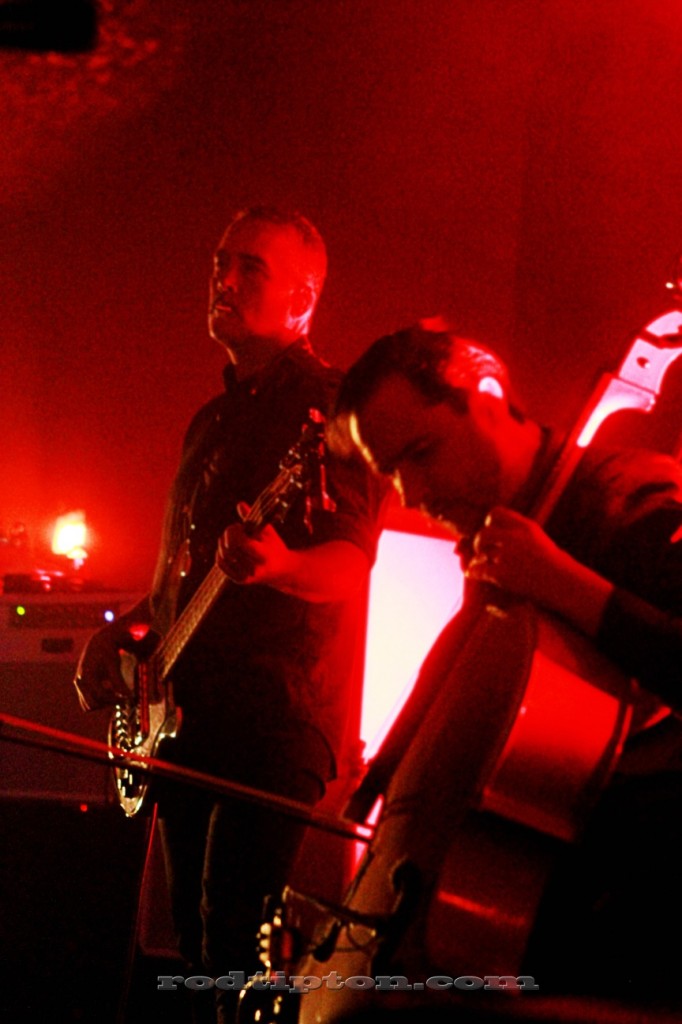 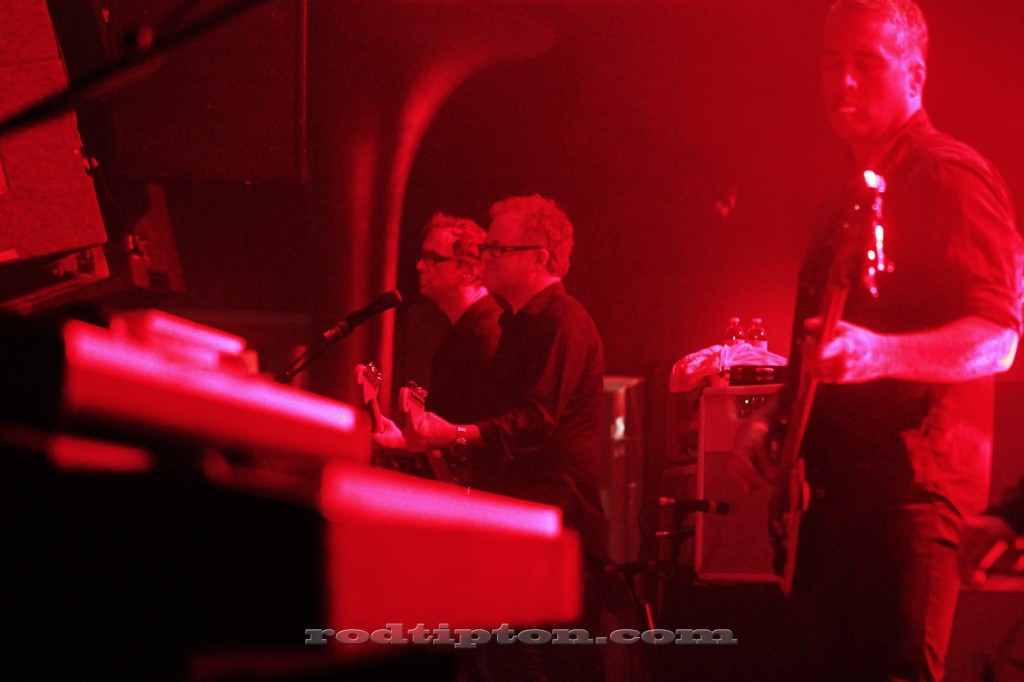