The cover of Wales-based Future of The Left’s new album, The Plot Against Common Sense, features a human and penguin holding hands on a scorched earth whilst watching a fiery apocalypse. It’s a peculiar cover, but one that matches the kinky and disorienting music. 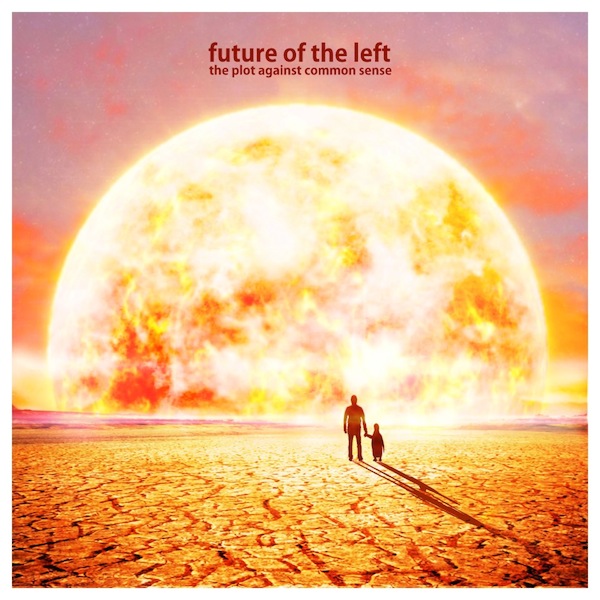 I’m a Future of The Left fan. Standard things you need to know about Future of The Left: The band, formerly a trio, is now a quartet; The Plot Against Common Sense is their third album after Curses! and Travels with Myself and Another; their live shows are mind-altering; also the band’s music is uniquely superior. I have listened to all three albums repeatedly, and perhaps one of the reasons I am a little late in reviewing their new album is because I have been busy listening to it.

And you should listen to it, and their other albums as well, over and over. Absorb the tunes. You’ll get something new each time in their lyrics and sounds. More than many other bands Future Of The Left’s work has individual meanings to listeners, whether you’re feeling love, anger, contempt, or catching some humor or irony in the songs you are not missing the point. You get it because it reflects you in some way. If I were to play favorites with the tracks I might select “A Guide To Men” (history is written by the man who stays acquainted with the thug who has the biggest sword); “City Of Exploded Children” (pleasure gardens kissed by landslides/Underneath the city of exploded children/Underneath the city everything is fine); ”I Am The Least Of Your Problems “ (I am the least of your problems/But I don’t mind), and “Cosmo’s Ladder”(I have seen into the future/Everyone is slightly older). Each track on The Plot Against Common Sense pivots in the brain and stands alone or a solid, provoking part of the whole. 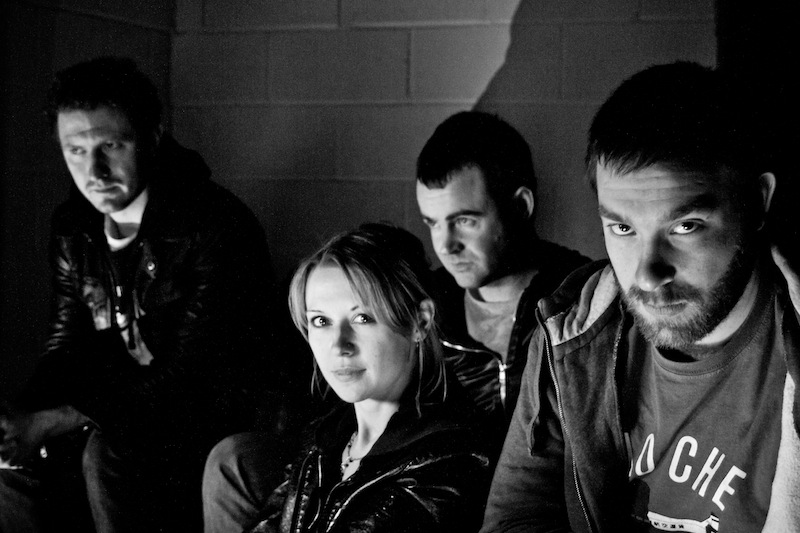 Future of The Left