The week before Halloween, Seattle was given a real treat. Scotland born singer-songwriter, Greg Holden, (on tour with Ian Axel and Chad Vaccarino of A Great Big World) played his first show in Seattle at The Fremont Abbey. I sat down to chat with him just after soundcheck to see what he’s been up to, and why it’s taken him so long to get here. 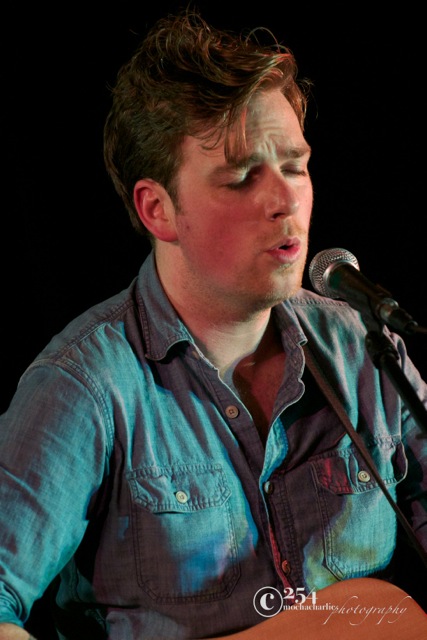 First of all, welcome to Seattle.

You didn’t start playing music until your teenage years. What brought you to music?

GH: For me, music was kind of an escape. I was being bullied at school, and at home I wasn’t having a great time. So I felt like I needed a way to push me into doing something in my life because I wasn’t really doing anything. Someone introduced me to the guitar, and that kind of sparked something inside of me, to know that I wasn’t going to be where I was.

Did you have an alternate career path?

And you’re self-taught on the guitar?

GH: Yeah. My friend taught me three chords and then that was it. I was away. 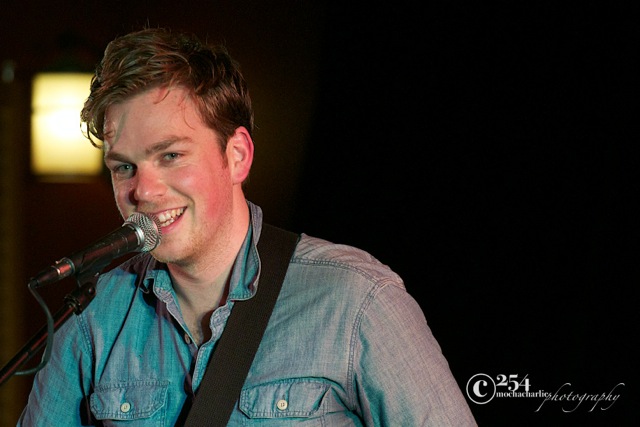 You were born and raised in Scotland, but your music found you travelling to London. What was it you were looking for there?

GH: Well, funny enough, I was looking for New York, and London was my practice. It was like my warm-up, because I needed to learn what it was going to be like in a big city before I could go to New York. So, I moved to London first, knowing eventually I’d make it to New York. At least I hoped.

Did you know anyone who was going to New York? Were you following someone there?

GH: No. I always wanted to live there. I actually moved to a town called Brighton in my early twenties. I lived there for a couple years. I was in a band there, and I decided to move to London to do my own thing. I was there for about a year and a half and then I moved to New York; but I wasn’t chasing anybody. I was just kind of chasing a dream, I guess.

New York is a big city. Did you have any idea of where to start?

GH: No. I had a couple of friends that I’d met on previous trips to New York that were kind of my guides, but I fell into a really good scene there. It was the whole Rockwood Music Hall scene. I fell into that very quickly right after I got there. I definitely felt very blessed to be in such good company. It was very inspiring and they pushed me to become a better musician for sure. I was very lucky I fell into that scene because you can go to New York and be very lonely. Thankfully, I didn’t have that experience.

And you’ve been touring quite a bit since you came here?

GH: I’ve done tiny tours the whole time. When I first came to America, I toured with Ingrid Michaelson. I opened for her for about a month, doing huge gigs compared to what I was used to, so that was amazing. But then I never really capitalized on that, I think after it finished, because I was still trying to get used to my life in America. I’ve been touring back and forth to Europe twice a year, but I feel like I haven’t really done much in America. It’s only now that I’ve been getting the opportunities to try and build on something. This is the first tour where I’ve done a string of dates, and it’s great. 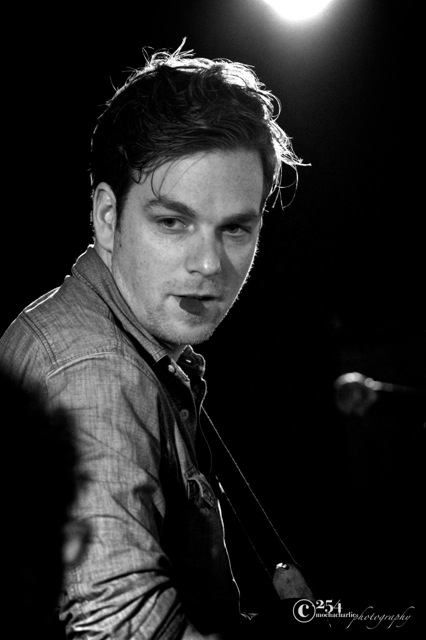 Congratulations on the success of “Home.” (“Home” just went double-platinum this past week.) Can you tell me the story of how that opportunity happened?

I wrote a song in November and December of last year with a friend, Drew Pearson, in Los Angeles and I didn’t really think anything of it. We finished writing the song, and I thought, “well okay.” A few months later when I was on tour in Europe, I got a phone call saying they wanted to use it on American Idol. Honestly, I was confused. I didn’t understand why they wanted to use that song. It didn’t strike me as a song that would work with American Idol. But I guess it did. It was a very surreal experience watching it be played on TV. I was like, “oh my God, that’s my song.” So it was weird, but amazing. It’s changed my life.

GH: Yeah. I still play it because I think a few people might still be for it. They may have found me on the Internet because of it. But no, I don’t think I want to record it. It’s his song. It would be a bit weird to step into that. I think I don’t want to do that. I have a lot of people asking me to do it, especially inside my team, but I don’t want to do it.

With its success, are you being approached to do more co-written songs?

GH: Absolutely, which is a great thing.

Are you being approached for songs for you to sing or for other people to sing?

GH: To write songs for other people, which is good. I really enjoy writing my own songs by myself. Especially now, when I’m trying to be completely honest with myself, so I don’t really get what I’m looking for when I co-write. In terms of writing with other people, it’s really good because I can get out of my comfort zone a little bit. I don’t have to be so attached to the song. I know that ultimately I don’t have to sing it or release it. Ironically, every now and again a song will come out, and I’m all, “I don’t want to sing this.” So, it all works out.

Is there anyone in particular that you would like to write with?

GH: I would love to write a song with Ryan Tedder, lead singer of One Republic. He’s written so many huge songs, and I really admire him as a songwriter. He’s a great singer too. I’d love to write with him.

Is there anyone you’d like to write a song for?

GH: I’d love to write a song for Katy Perry, because that would be a pretty nice paycheck. I’d never really thought about that before, to be honest. Anybody I guess. I’d be happy if anyone would sing my songs.

You had such a great success with Kickstarter to fund your last EP, I Don’t Believe You, and still being an independent artist. Would you use that platform again?

GH: No. I think it was an amazing thing. I think it was amazing that people gave what they did, and was an incredible experience but ultimately I would like to not have to ask my fans for money again. I was really, really honored and humbled by the whole thing and I will never forget what happened, but I wouldn’t want to do it again. It’s a lot of work fulfilling everything afterwards, because you spend the money so fast. It was an amazing thing, and I’m really glad I did it, but that was definitely the one and only time I’ll do it. 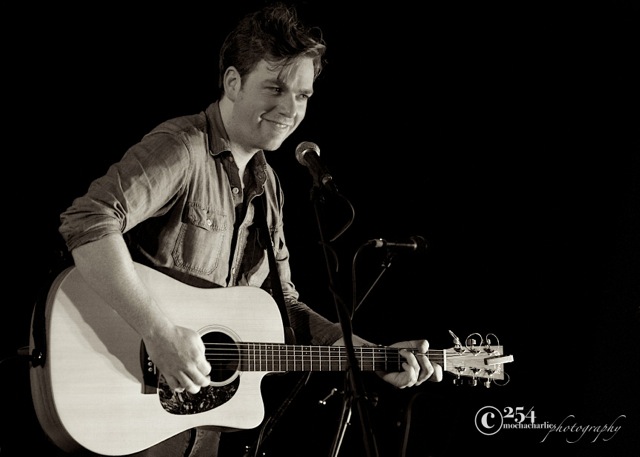 Since the original release of I Don’t Believe You in May 2011, you haven’t released any other new songs. With your busy schedule, have you written any new songs and will you find time to record any new material soon?

GH: Actually I recorded a song “I Need An Energy” for the new movie Chasing Mavericks. It is a song in the end credits and is on the movie soundtrack. We also just filmed the video for it. That’s the latest thing. I want to take some time off now, and record a new album. I have been touring all year, and I’m exhausted, and I need to refind why it is that I’m doing this. I can’t find time on the road to exercise, let alone write while on tour. My head is in a completely different place. You wake up and you’re tired, and you‘re facing a huge drive. Then you drive, and you get to a venue then you have soundcheck, you eat, you play. I find tour is like a memory bank. You go through and you pick memories, and you store them. Then you write an album about all of those things. Then you go on tour again. So I never write on the road.

You’ve mentioned that “Home” was a pretty dark song for you, and that you struggle with writing love songs. Should fans expect to perhaps hear a love song on a future CD?

GH: “Home” isn’t a love song, no. It could be many things. For me, it’s about something specific, but I’m not going to tell anyone. They want their own take on what it’s about. It’s more about helping someone you love, about a struggle, someone struggling with depression. But yeah, love songs are something I struggle with. I don’t know why. I guess The Beatles did it best, so I don’t know why I’d even try to do it.

Speaking of love, you released a YouTube video of you getting a tattoo in memory of your granddad. Do all of your tattoos have special meaning?

GH: Yeah, that one was the most personal one I’ve ever got. Usually I just get them because I like how they look. Some of them have a little bit of personal reason, but I suppose I use that as an excuse to get them.

Is that something you like to do while on tour?

GH: I actually was thinking about getting one in Portland, but we weren’t there long enough. I didn’t have enough time. I liked Portland.

Is that because of the weather? Did it remind you of Scotland?

—
From the looks of it, Greg took a liking to the Pacific Northwest, so I’m sure he’ll be back through on a future tour. You can check out his entire catalogue of music on his website. You can also pick up a free download of his song, “To Hell & Back,” just for joining his mailing list. And that way when he does come back to Seattle, you’ll know when and where to see him! 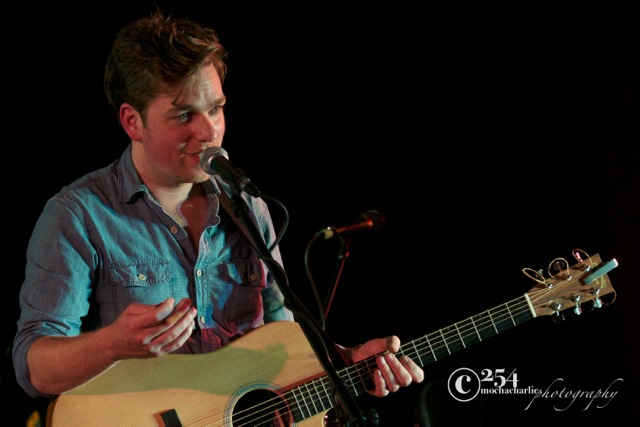 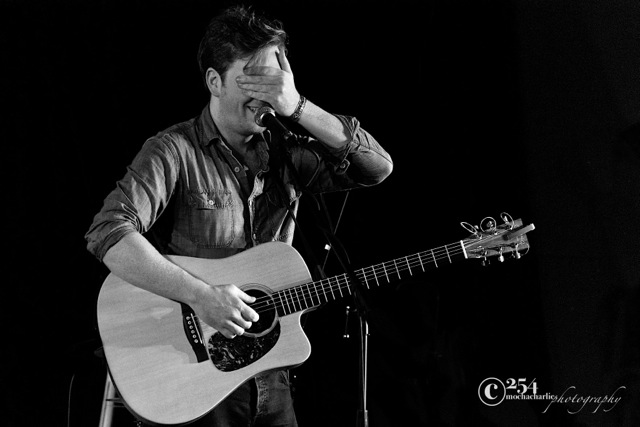 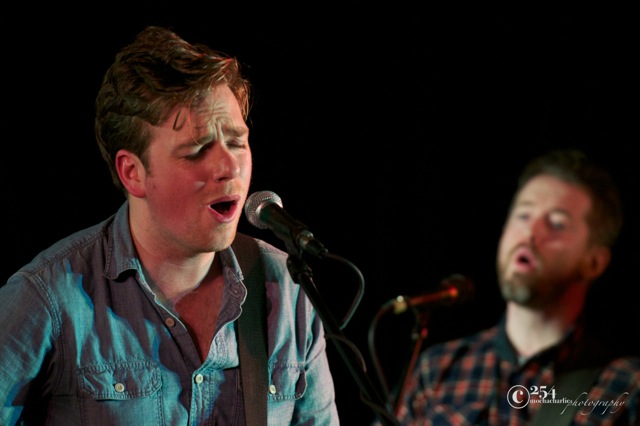 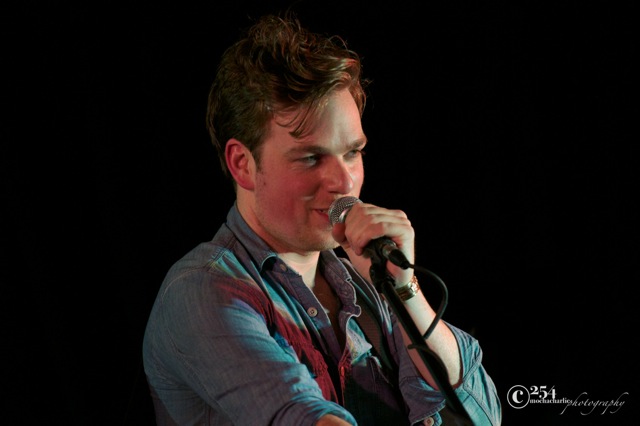 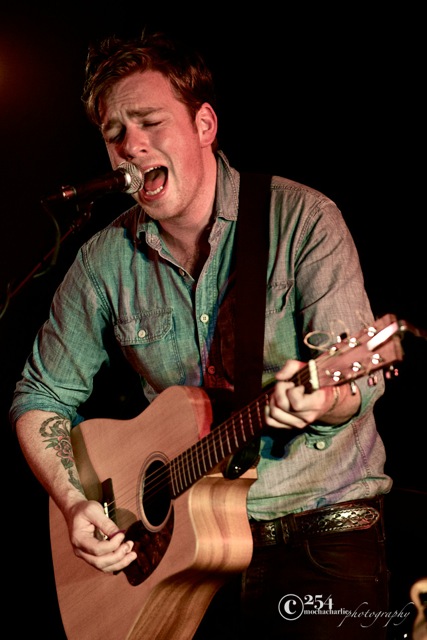 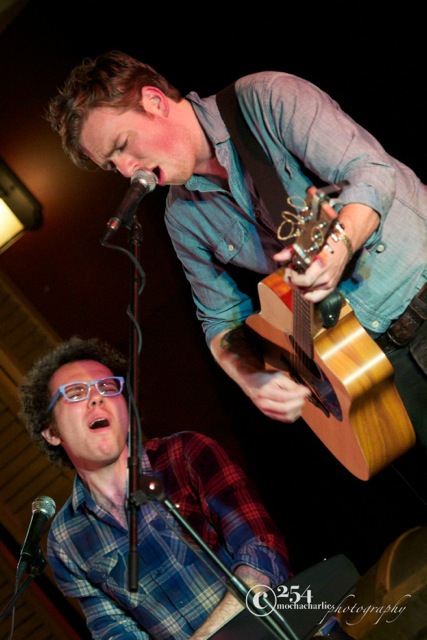 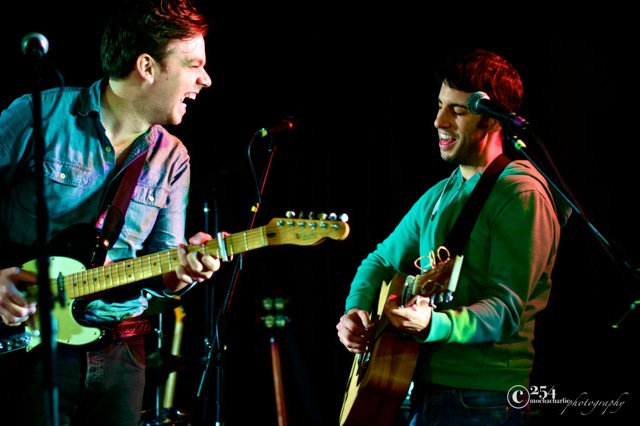 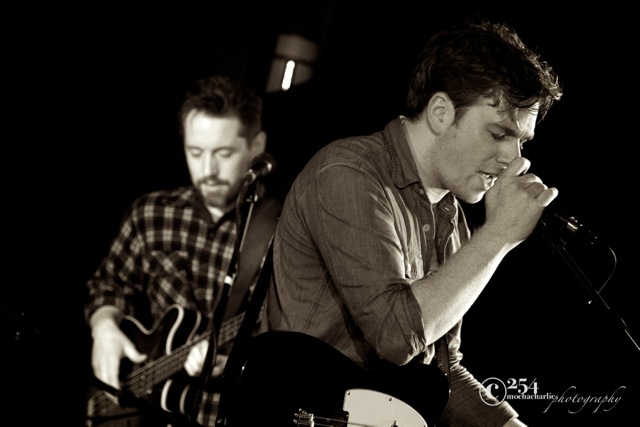 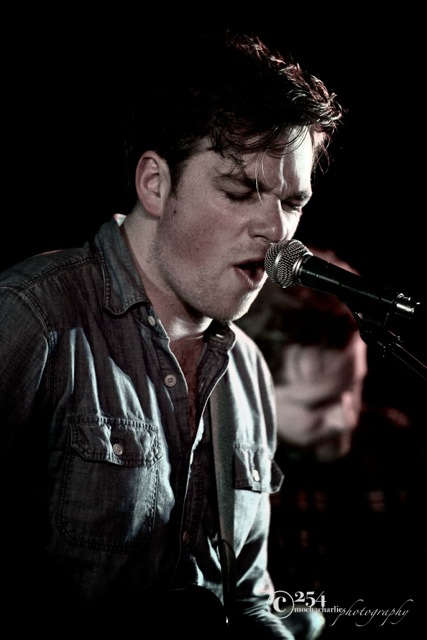 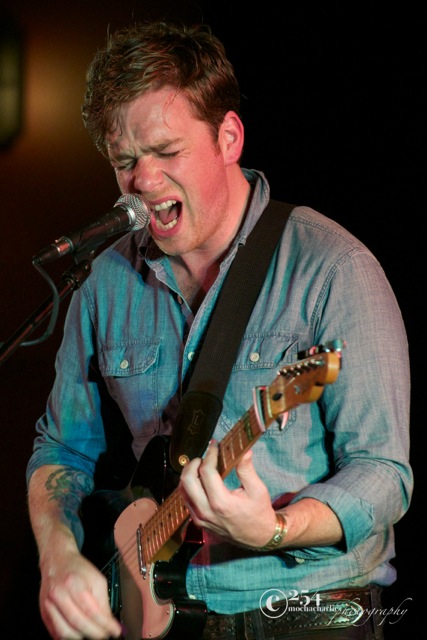 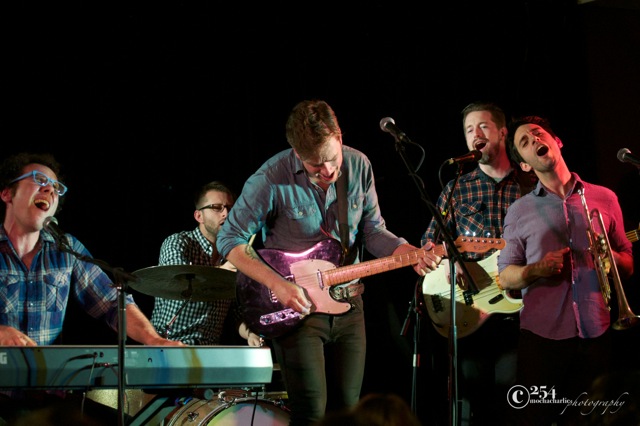 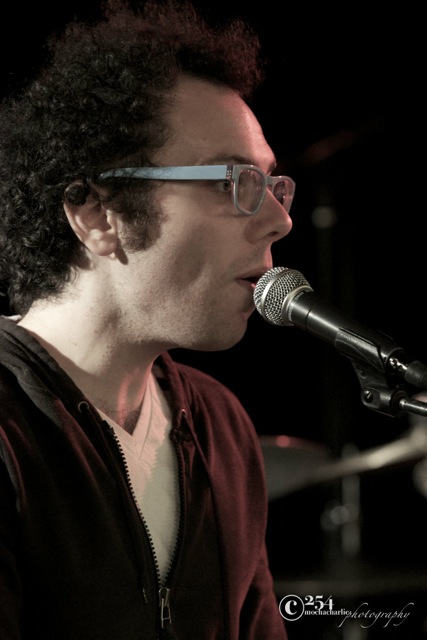 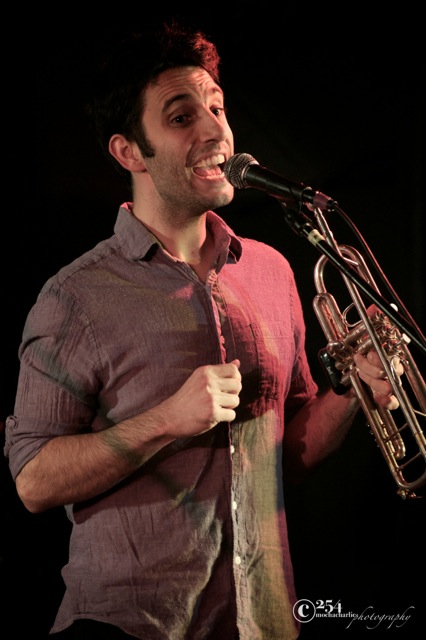 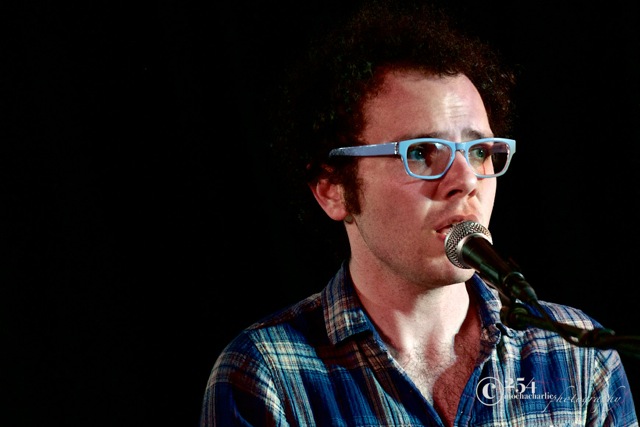 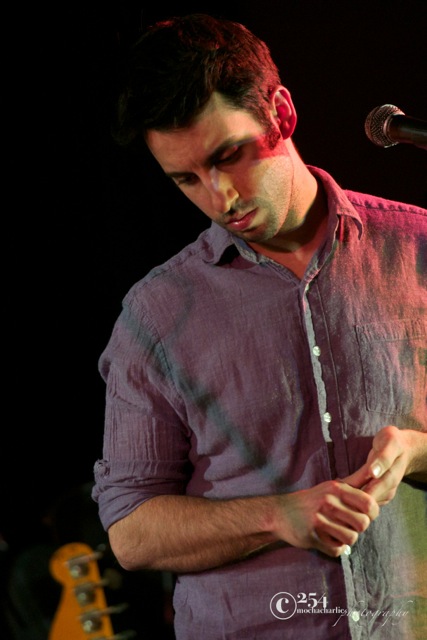 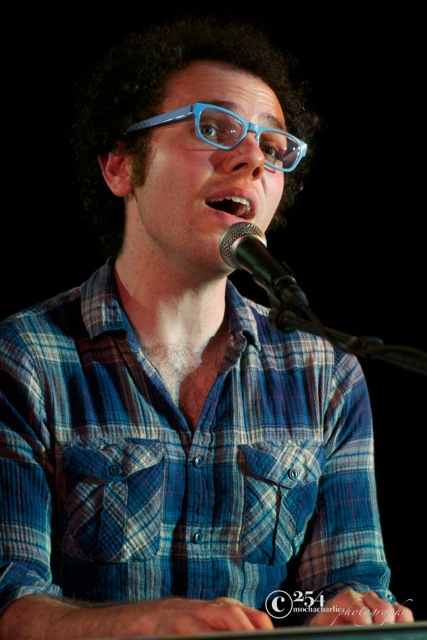 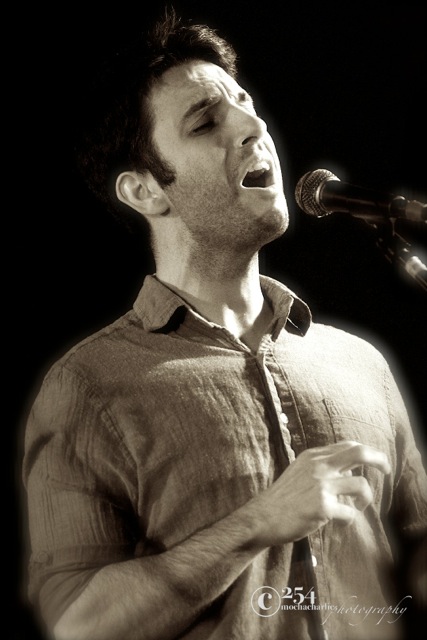 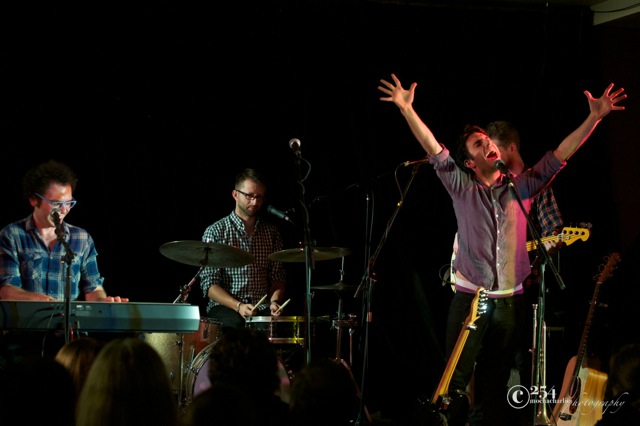 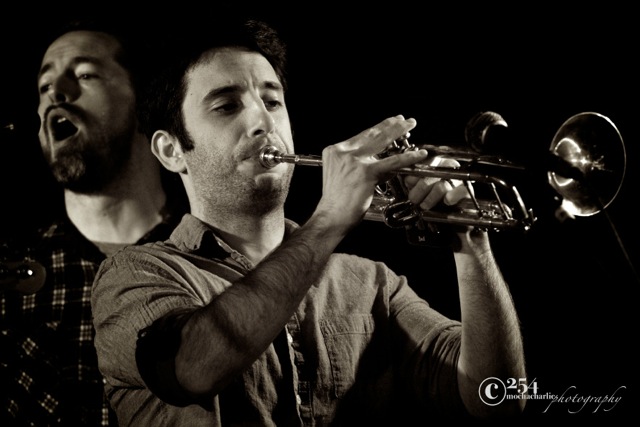 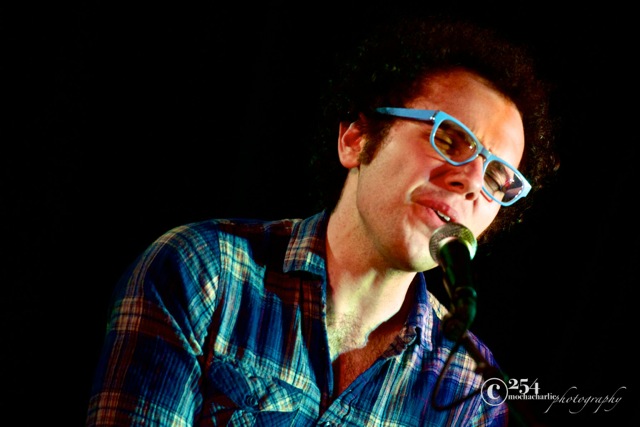 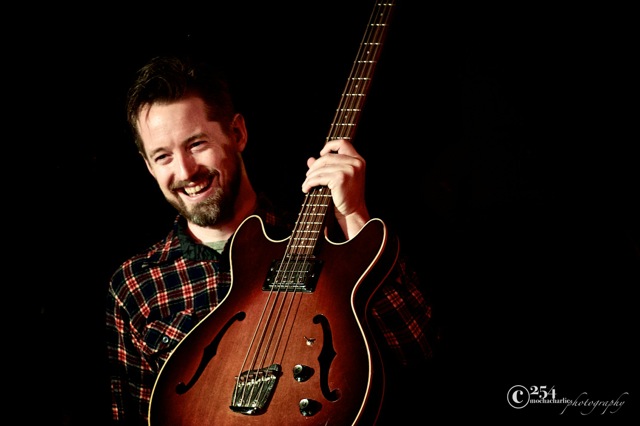 Ian Axel and Chad Vaccarino of A Great Big World