I approached Marymoor Park just as Clap Your Hands Say Yeah was wrapping up their set. Dusk was closing in on the park, and heavy red and orange lights illuminated the stage. From the gates, I remember thinking that the whole setup was like a wicked sunset on the Southern horizon.

Despite having a strong following here in the Northwest, Edward Sharpe & The Magnetic Zeros hadn’t performed in front of the Seattle crowd for some time.

However, it’s safe to say that they more than made up for lost time with their performance on Saturday evening in Redmond.

I was delighted to see how many fans had turned out. While there were a substantial number of people sprawled out on the grass several yards behind the stage, there was a very impressive stack of eager fans squashed against it. It’s always a good sign when people are gathered around attentively, just for soundcheck between sets. 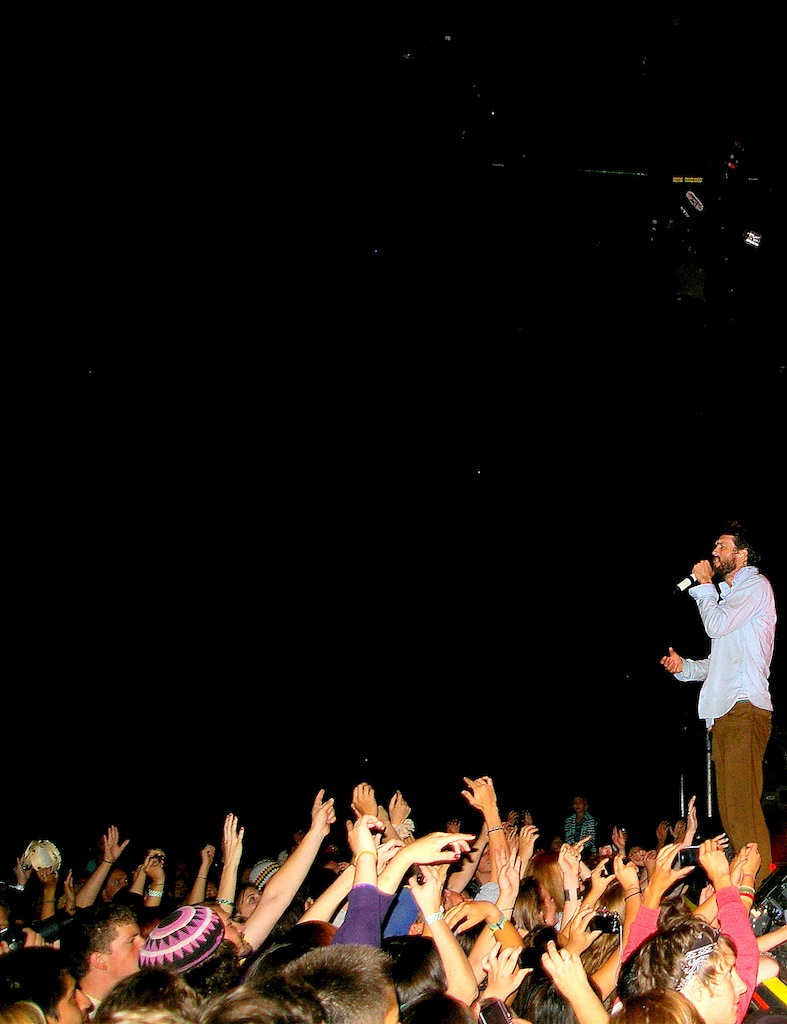 Edward Sharpe and the Magnetic Zeroes

Alex Ebert, founder and front man of the group, was nothing but engaging and exuberant for the entire duration of his time on stage. He was swaying and dancing dreamily, interacting with each member of his band. Alex seemed to have found this very tangible chemistry with every individual. Nothing about his banter and his act seemed the least bit contrived. Contrarily, I was impressed by how invariably natural and comfortable he was.

Jade Castrinos was no different. Everything about her was captivating, from her powerful voice to her genuine, playful nature.

Watching the two of them interact was nothing short of magical. As the band started playing their hit song “Home,” they looked at one another and began to reminisce about when they had written it. Halfway through the song, the band played through and they started to chat about the meaning of the word home.

JADE: Home is something. . . I think it’s a feeling. . .I think that the people who are the most important in your life are the ones that feel at home with. Like, you can be yourself and you can do lots of stuff in front of them. And they’ll love you anyway, right?

What do you think?

ALEX: I think what you think, I like that one. I like being taught what it is. Everyday, you teach me what it is, ya know?

What was more, Alex and Jade both seemed to have made a conscious effort to generate a sense of intimacy between themselves and the crowd before them. It’s generally agreed that this can be a difficult feat for a performer that’s working a crowd at an amphitheater. However, several times, Alex and Jade could be found kneeling down just on the edge, their arms stretched out to their fans, and their eyes lit up as they scanned the crowds.

This explains all of the folks packed up like sardines during soundcheck. The band clearly has no reservations when it comes to slaying the all-too-prevalent detachment between an artist and a fan. I spoke with an ecstatic young girl that was just against the stage about why it meant so much to her that she made it up front.

“Have you been to one of their shows? They get really close to the people. You’re not so much watching a performance as you are sharing an experience with somebody.” 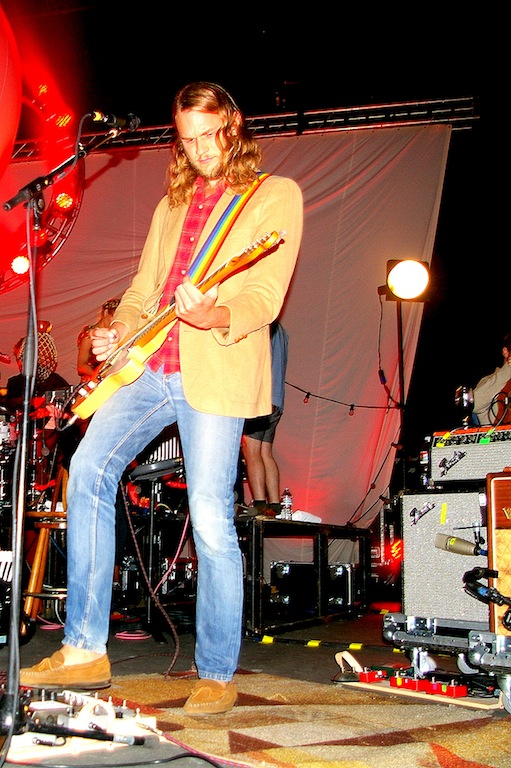 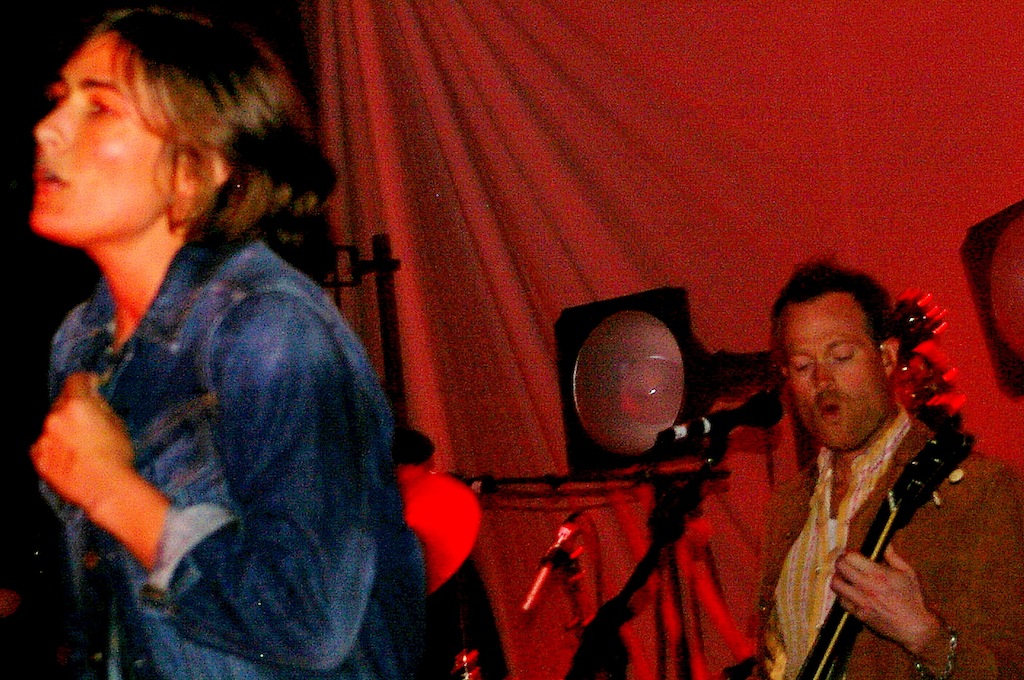 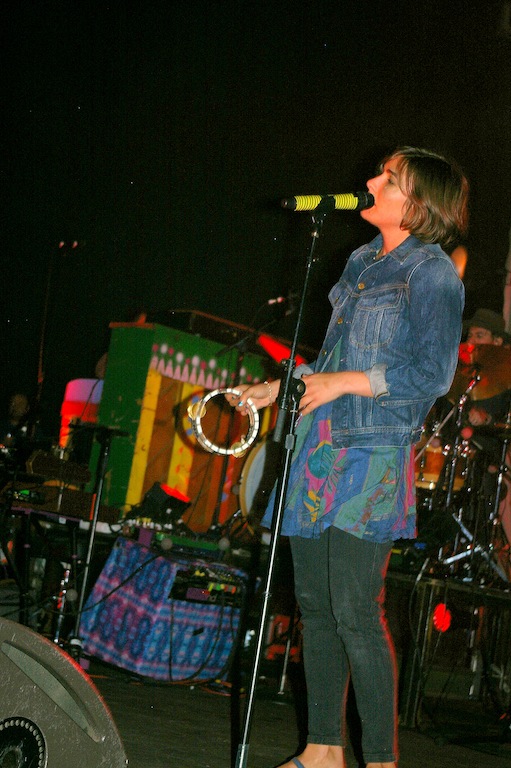 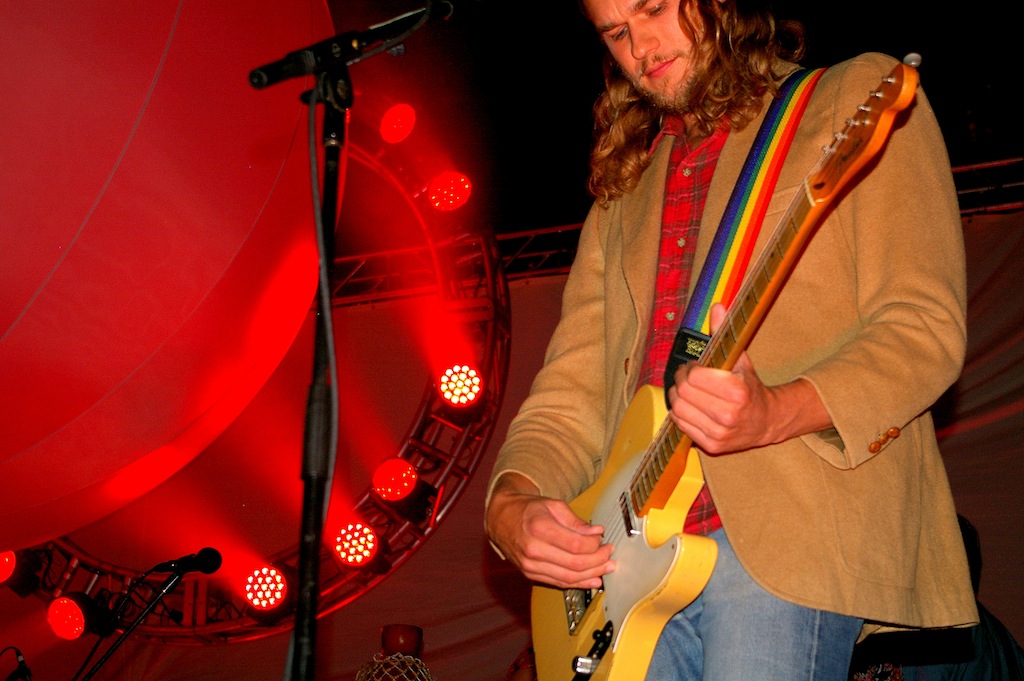 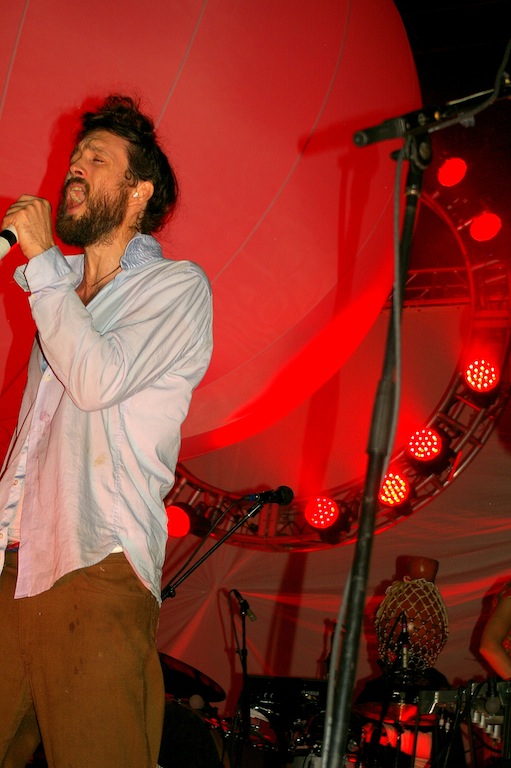 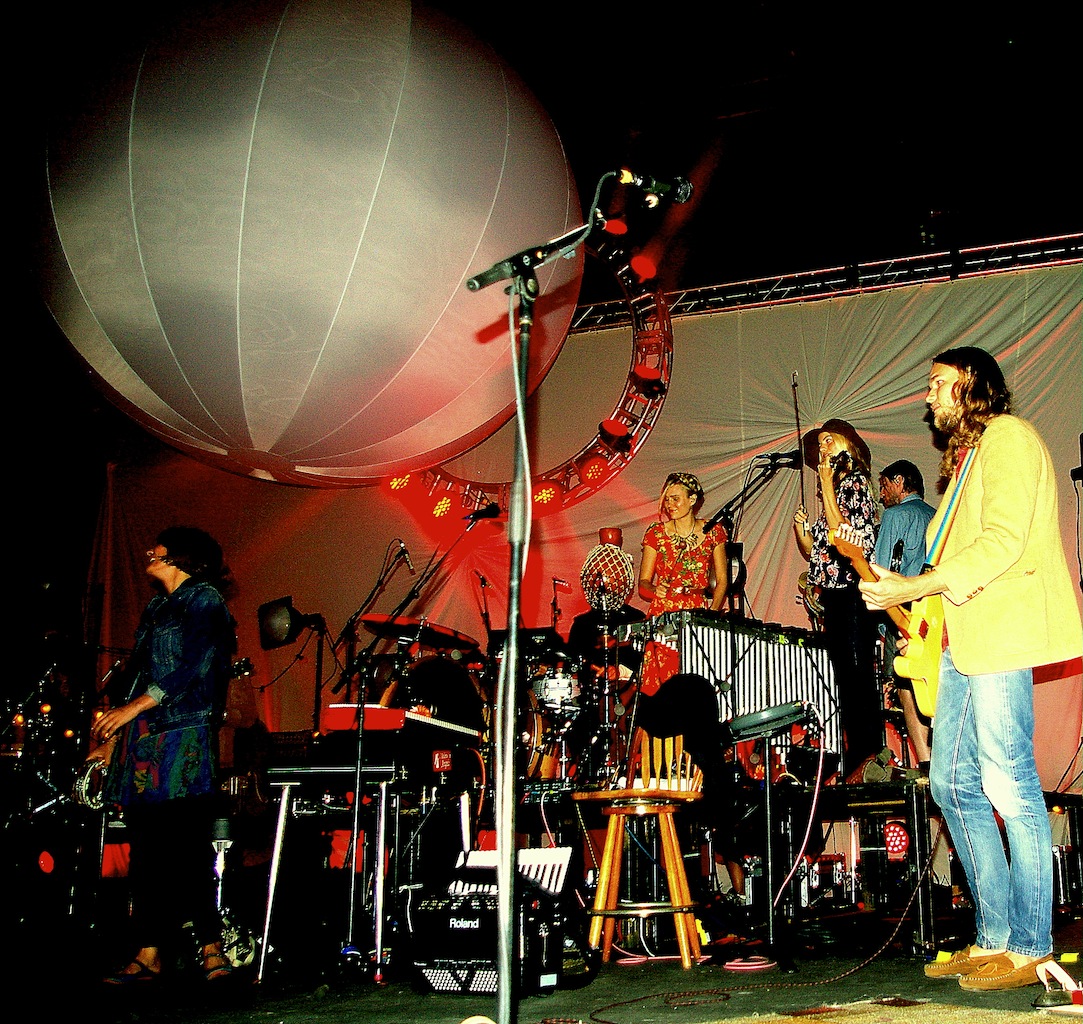 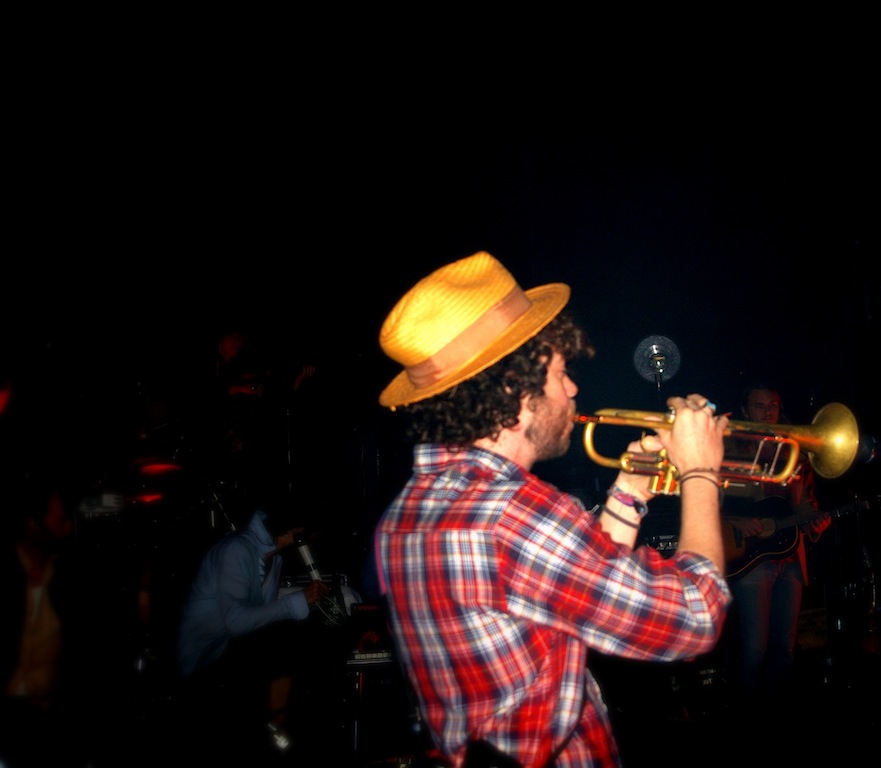 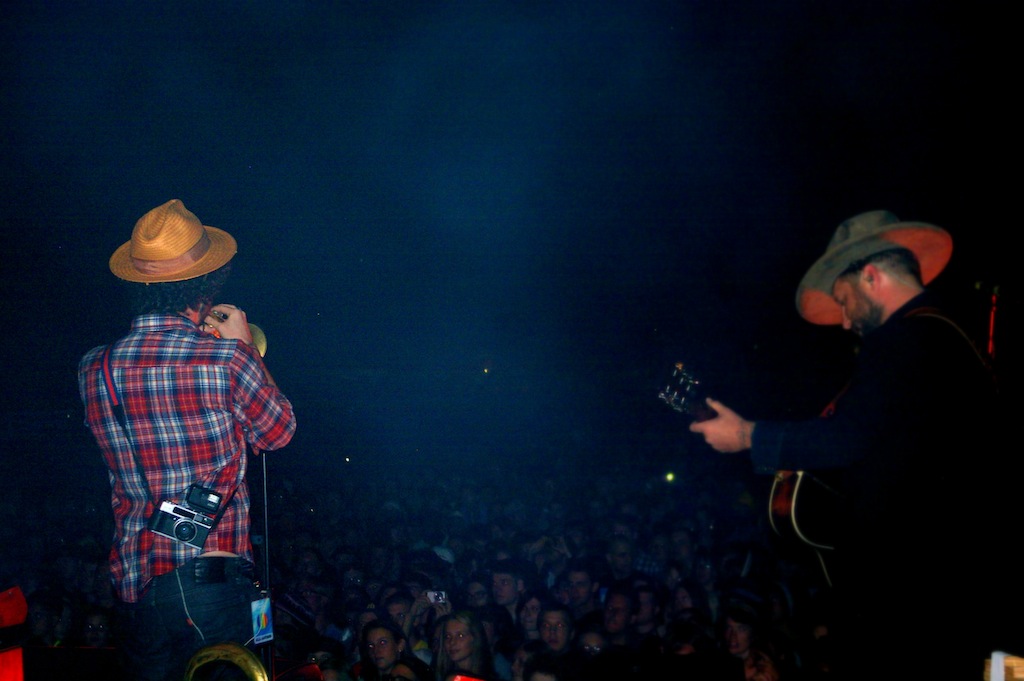 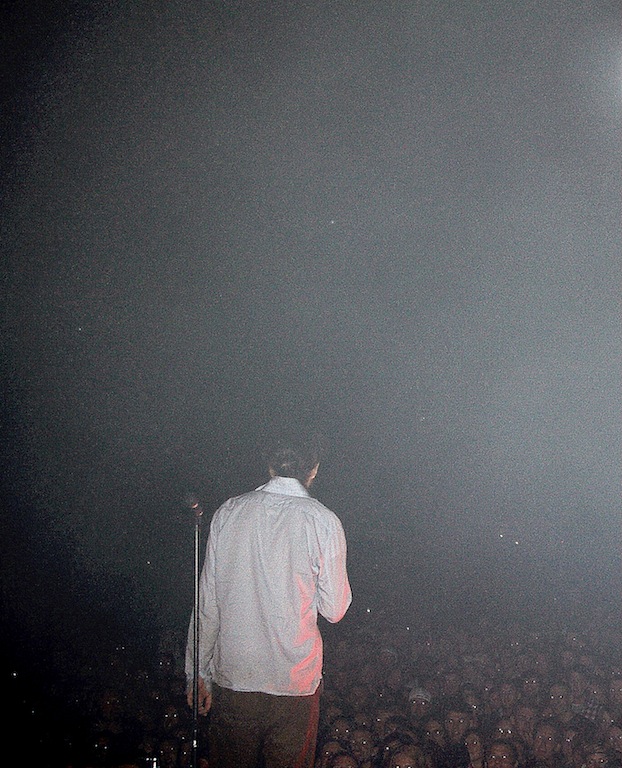 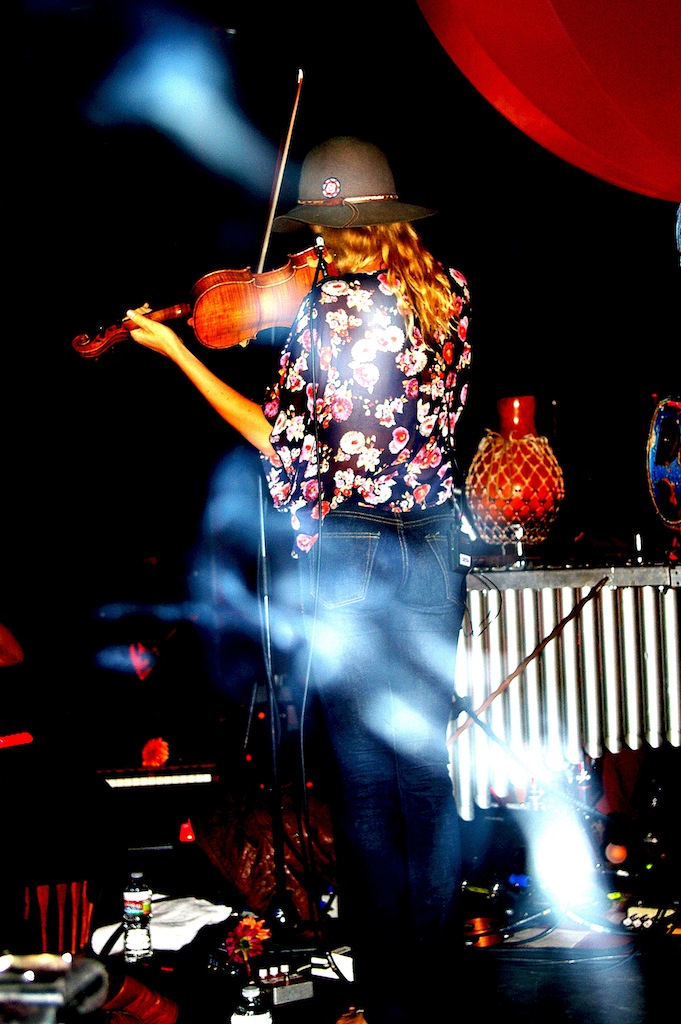 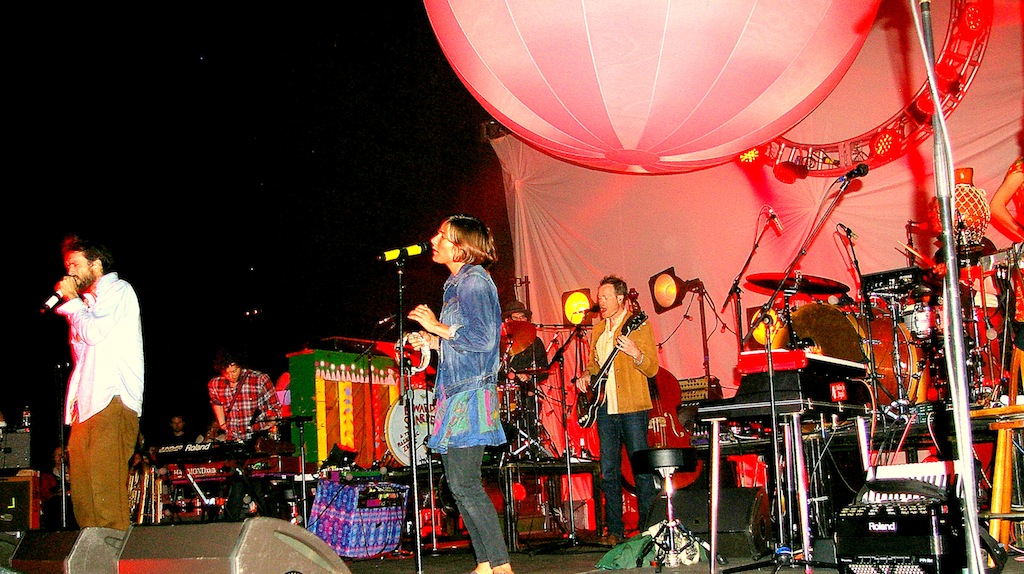 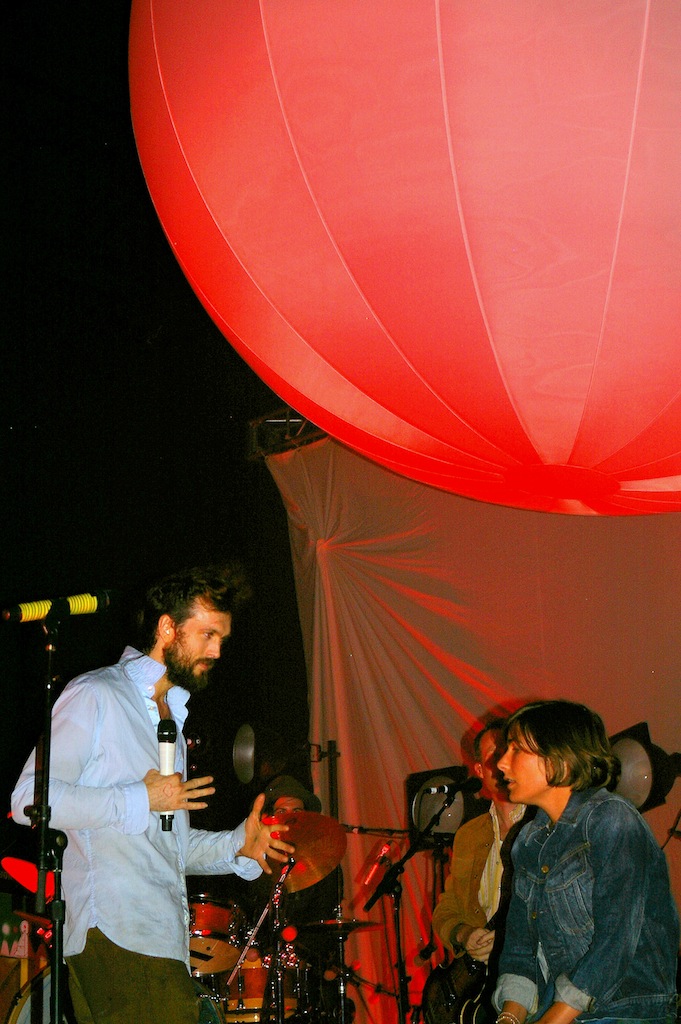 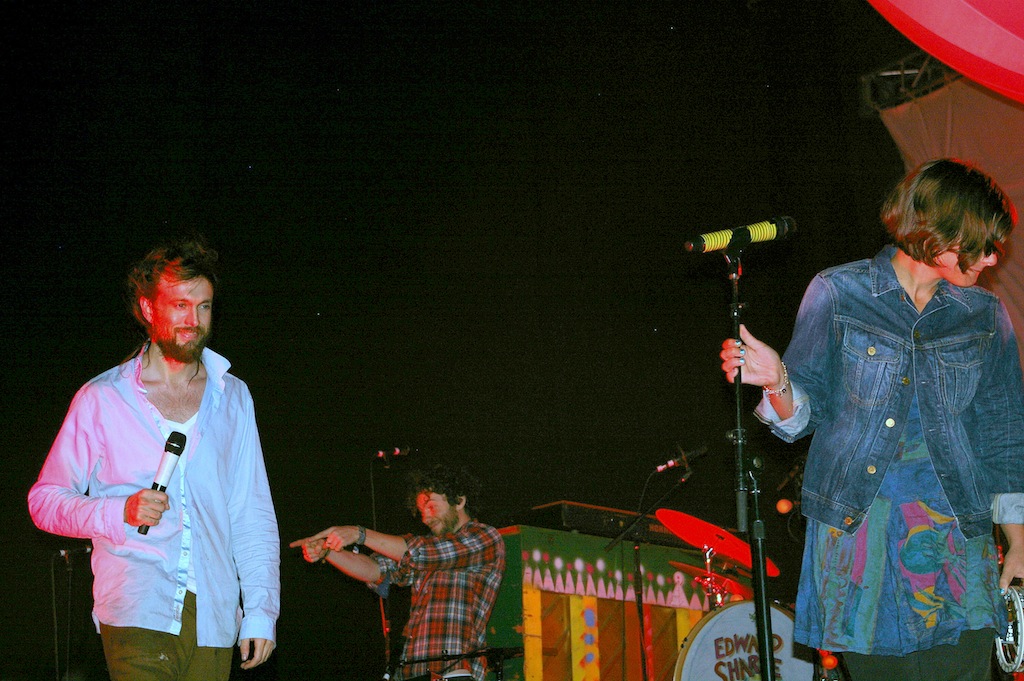 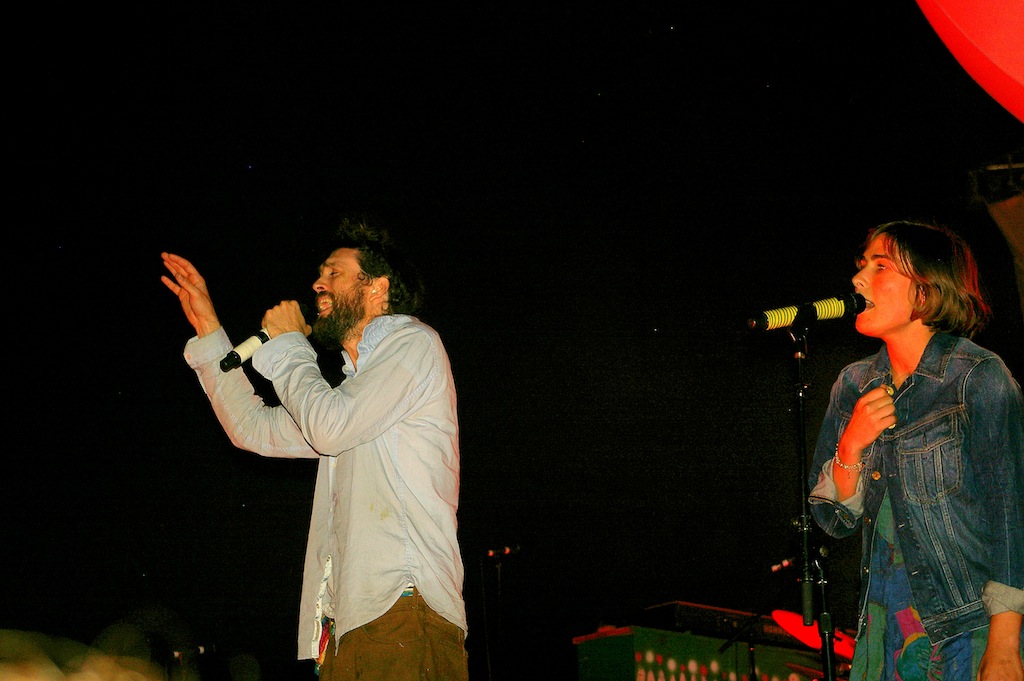 Edward Sharpe and the Magnetic Zeroes