If this is in fact the last summer on Earth, then I’m glad I spent some of it in Marymoor Park celebrating with a few thousand of my closest friends.

Barenaked Ladies headlined The Last Summer on Earth 2012 tour when it stopped in Redmond. The tour’s lineup also included Blues Traveler, Big Head Todd and the Monsters, and Cracker. 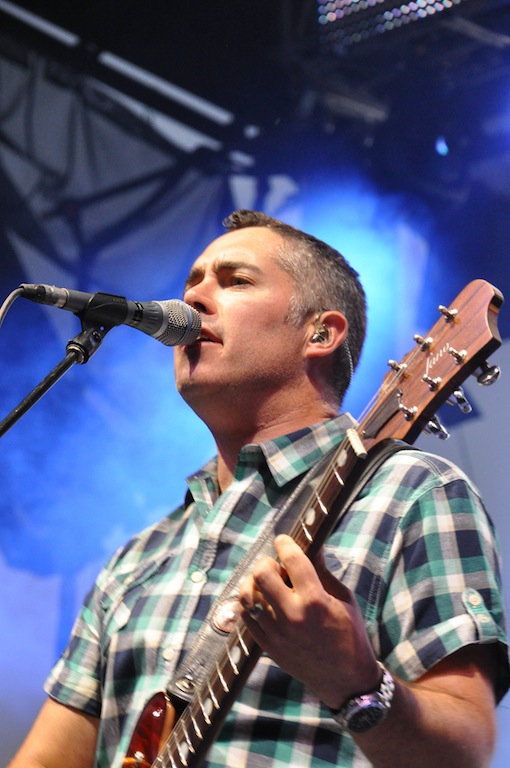 The alt rock group Cracker kicked things off with Big Head Todd and the Monster’s keyboardist, Jeremy Lawton sitting in on bass. They started off with their biggest hit, “Euro Trash Girl,” and plowed through their top songs in a short 20-minute set with precision. The highlight of their set was “Turn On, Tune In, Drop Out With Me” from their 2009 album, Sunrise in the Land of Milk and Honey. The song is everything the band is: quirky, catchy and fun enough to distract from the deeper message of their songs. 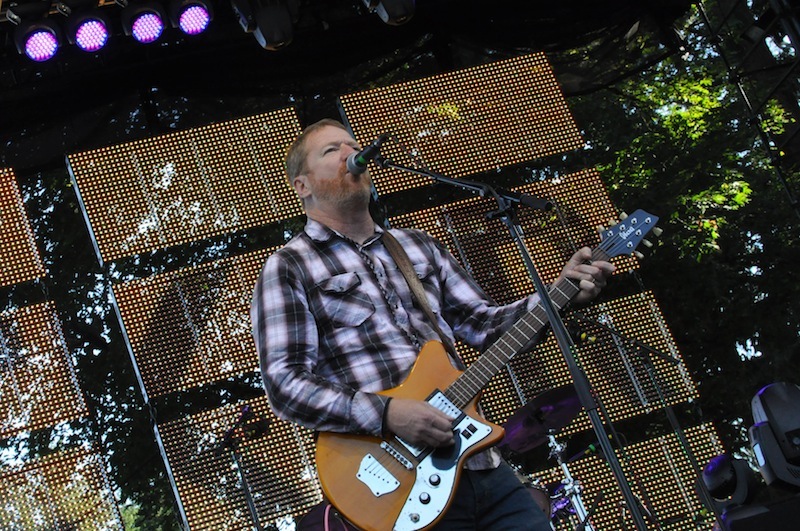 Up next was Big Head Todd and the Monsters. If you’ve never seen BHTM live then you have seriously missed out on some blues-rock jam band greatness. The band’s namesake, Todd Park Mohr, mixes an approachable rock sound with a strong blues root to create a groove that you just can’t help move to. The set’s highlight, for me at least, was the band’s cover of John Lee Hooker’s “Boom Boom,” which let Mohr fly on his guitar. Seriously, that guy can shred the guitar when he wants to. 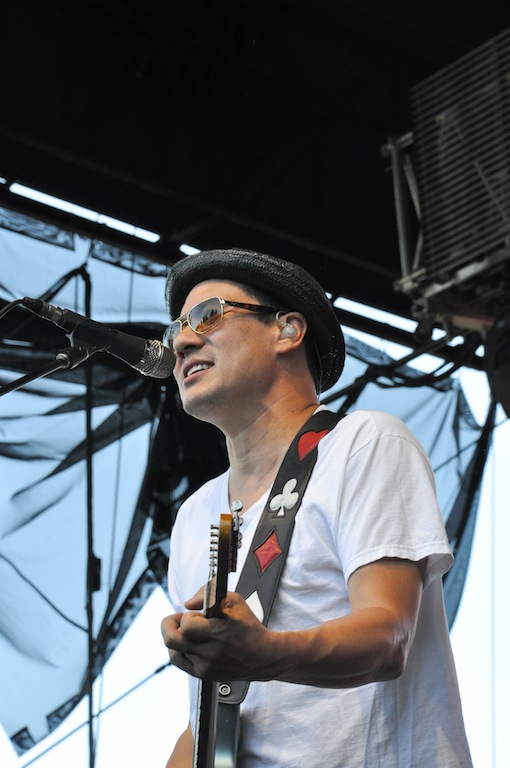 Big Head Todd and the Monsters

The act I was most excited about seeing, but unfortunately the most let down by, was Blues Traveler. The band is celebrating their 25th anniversary and I am sad to say that the years may have taken their toll on John Popper’s voice, or at least its ability to bounce back from a cold. Almost immediately his voice was sounding a little rough; he sipped water continuously, but it was plain to see that that he was in pain. Though, to be completely fair, Popper showed more heart than about any singer I’ve ever seen. I have no idea how he made it through his set without hacking up a vocal chord, but I’ll never question his heart again. That man was there to perform come hell or high water and as usual, the harmonica virtuoso basically blew everyone away with his insane harp skills.

Thankfully the Marymoor crowd responded well to Popper’s effort and livened up a great deal by the time the band finished their first song, a cover of Sublime’s “What I Got.” Not surprisingly, when the band played their biggest hits like “Runaround” and “Hook,” the crowd was dancing in the aisles and singing along. 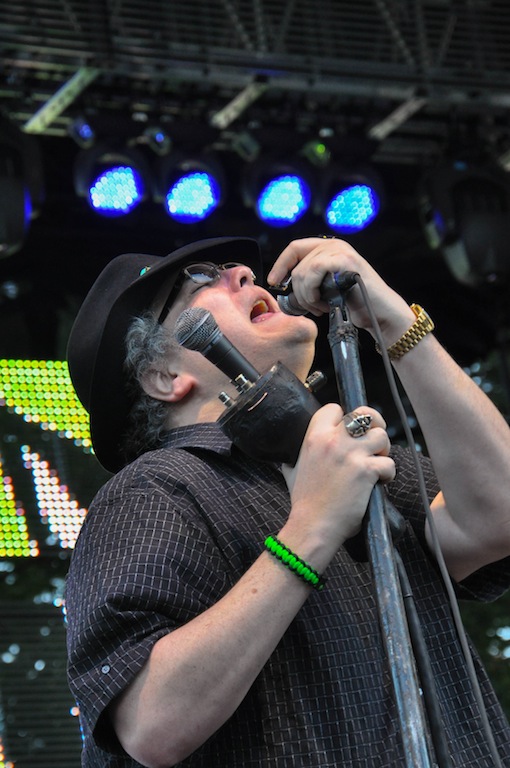 The crowd-pleaser however was not one of their better-known tracks, but rather “Carolina Blues” from their 1997 album Straight On Till Morning. The song featured a local 12-year-old guest guitarist named Caspian Coberly. The audience seemed to adore the fact that such a young kid was jamming with Blues Traveler’s massively underrated guitarist, Chan Kinchla. I have to think that we’ll be seeing more of Coberly and judging by the giant smile that was on Kinchla’s face when he was playing with the young man, he would probably agree.

Last up were fan-favorites and the Grammy-nominated Canadians, Barenaked Ladies. BNL has been touring as a quartet since band co-founder Steven Page left the group in 2009. And, while Page’s absence is unfortunate, lead singer and guitarist Ed Robertson was more than capable of leading the night’s performance.

Their set included their best-known tracks like The Big Bang Theory theme song, “Brian Wilson,” “Pinch Me,” and sing-along mainstay, “If I had $1,000,000.” It also included their biggest hit, “One Week” – the song everyone likes to sing, but everyone butchers the lyrics to. 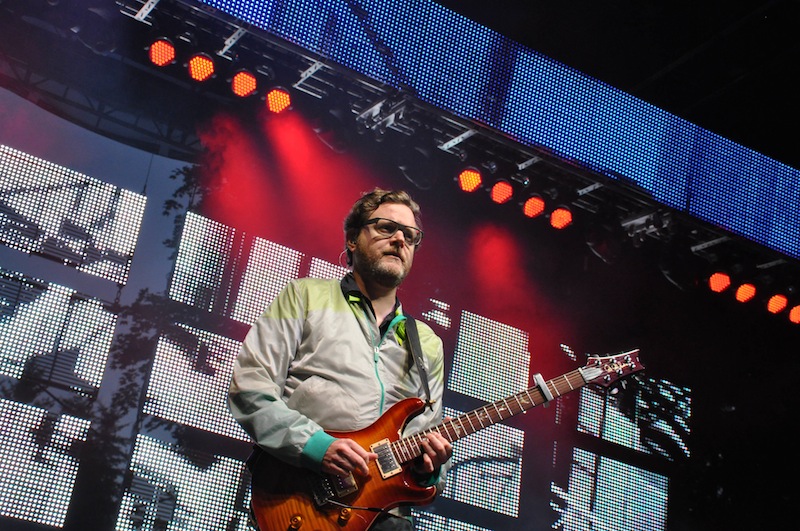 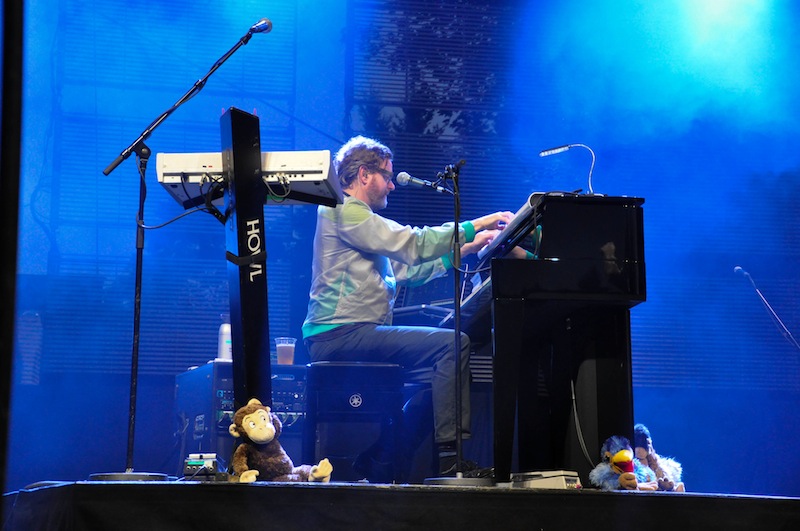 The highlight of the evening was the Barenaked Rap, an absolutely awesome and hilarious medley of improbable covers. The song included bits of Alphaville’s “Forever Young,” Taio Cruz’s “Dynamite,” LMFAO’s “Sexy and I Know It,” Carly Rae Jepsen’s “Call Me Maybe,” Gotye’s “Somebody That I Used To Know,” and Journey’s “Don’t Stop Believing.” The crowd absolutely ate it up. It was like a New Year’s Eve party, except without the ugly hats. My wife and I ended up dancing in the aisle with the couple seated in front of us in a sort of goofy 4-way circle that probably looked more like a rugby scrum than a dance. But whatever, it was fun.

The show ended with a fun rendition of “Alcohol” that featured Ed Robertson switching roles with drummer Tyler Stewart. During the booze-themed encore Stewart showed off his vocal chops while pretending to stumble around the stage in a drunken stupor, while Robertson pounded away on the drums.

The best part of a BNL show however is always the atmosphere. Though the men of the ‘Ladies certainly have the musical chops to command an audience’s attention, they seem to relish the fact that their concerts aren’t just pretentious or self-indulgent recitals. It’s about fun. And their fans adore them for that. 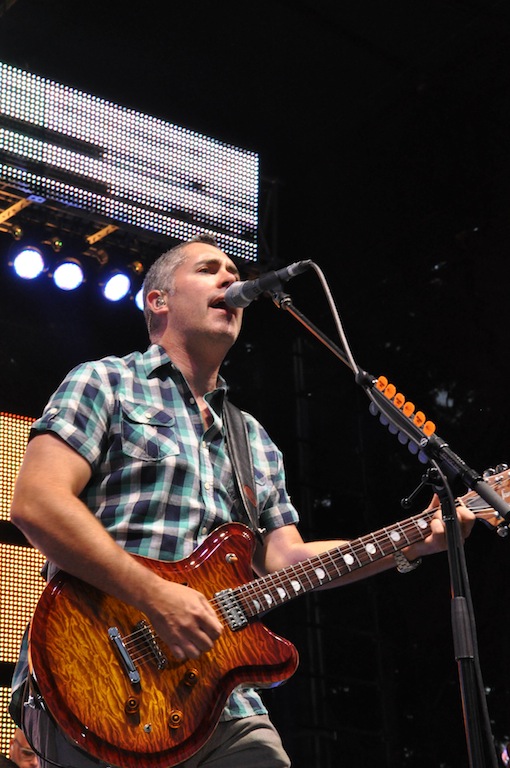 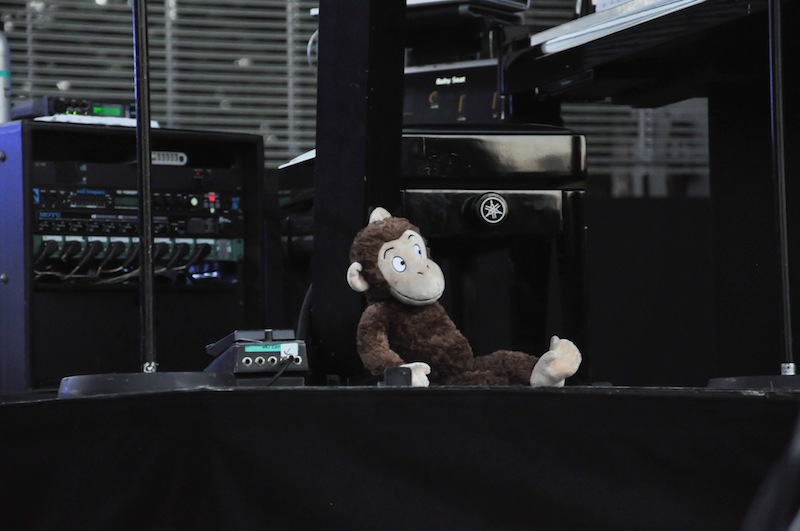 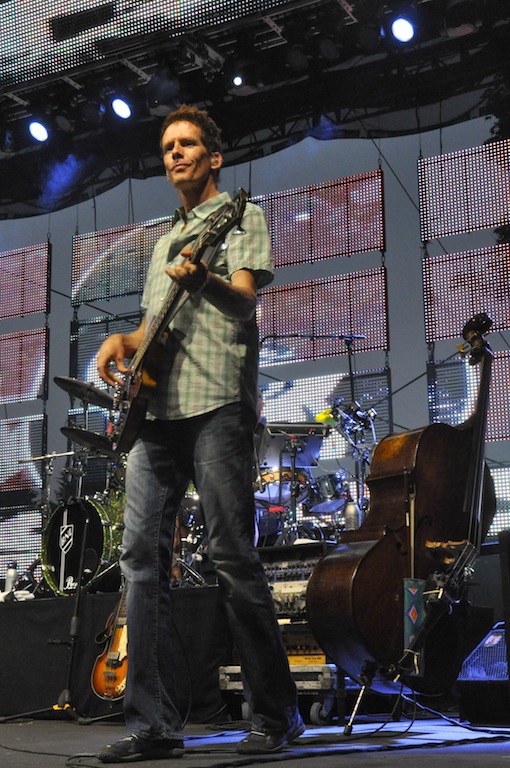 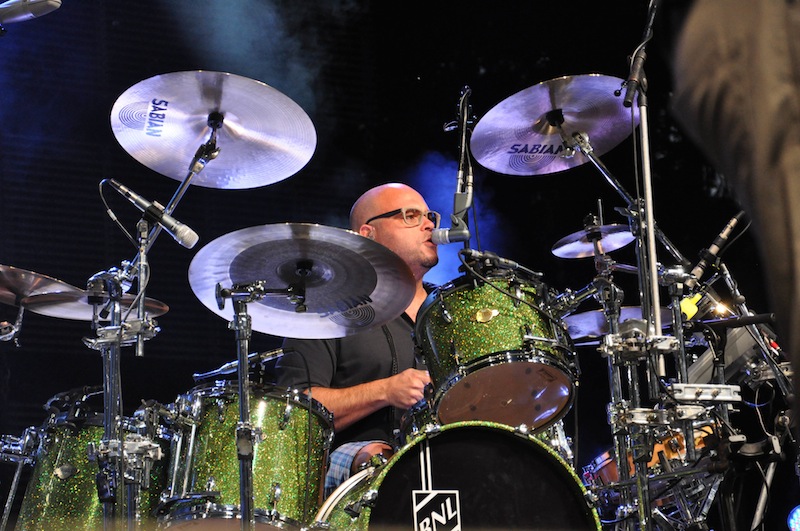 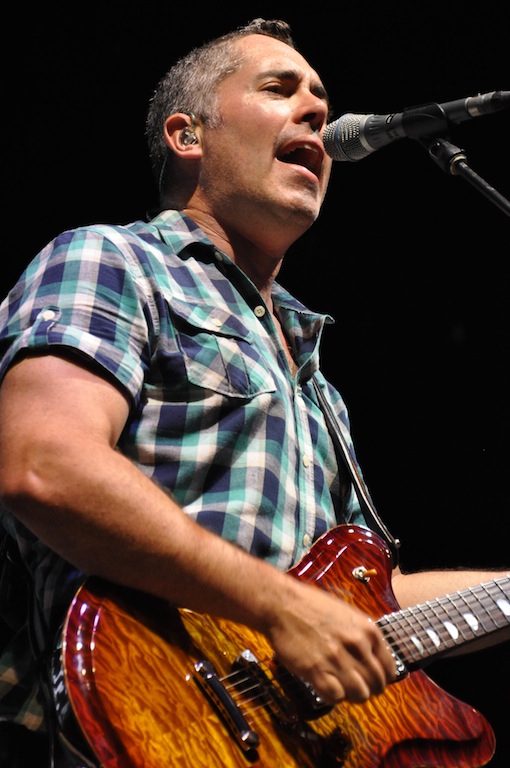 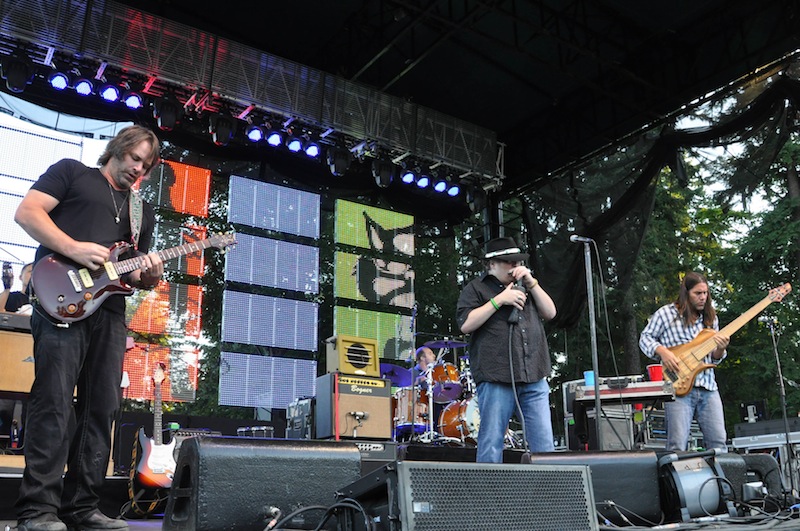 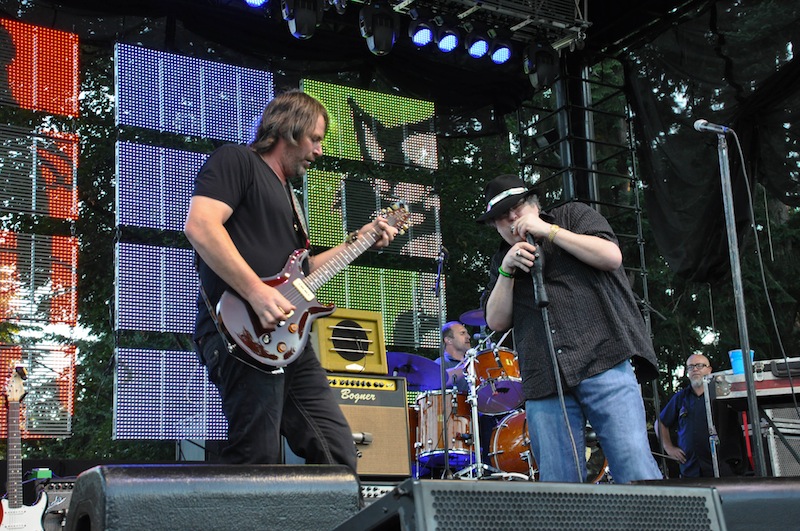 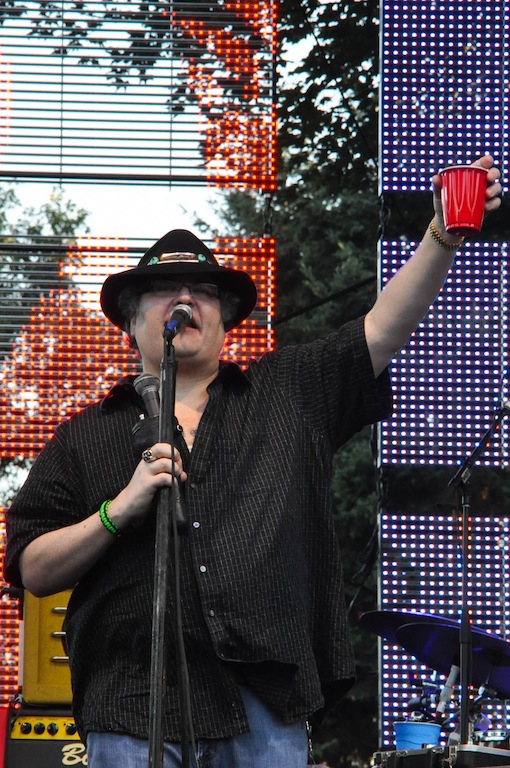 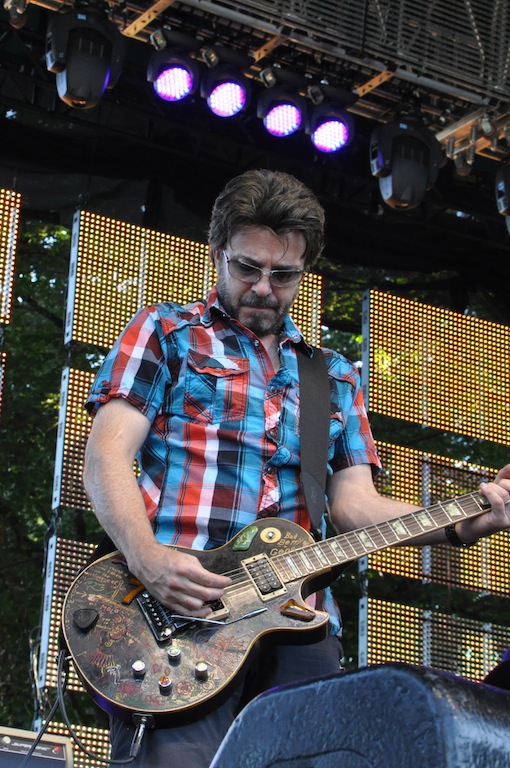 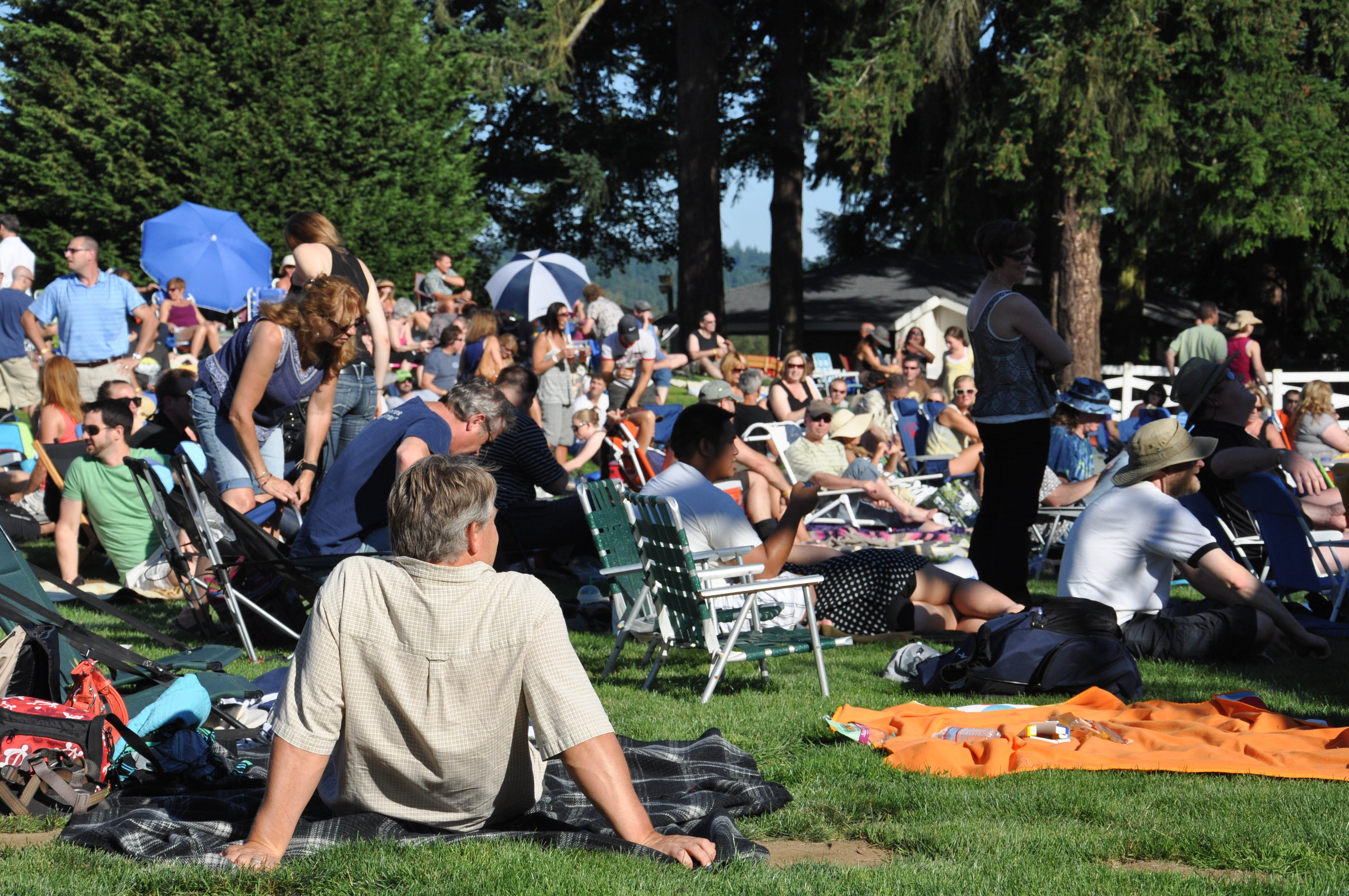 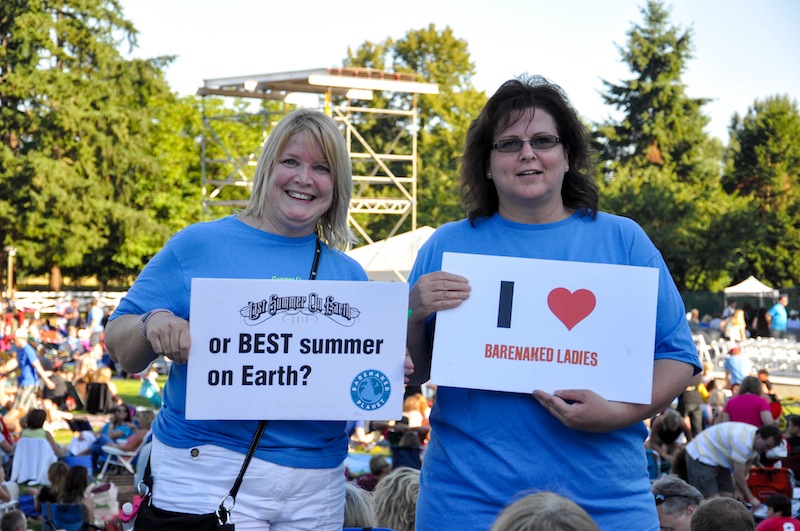 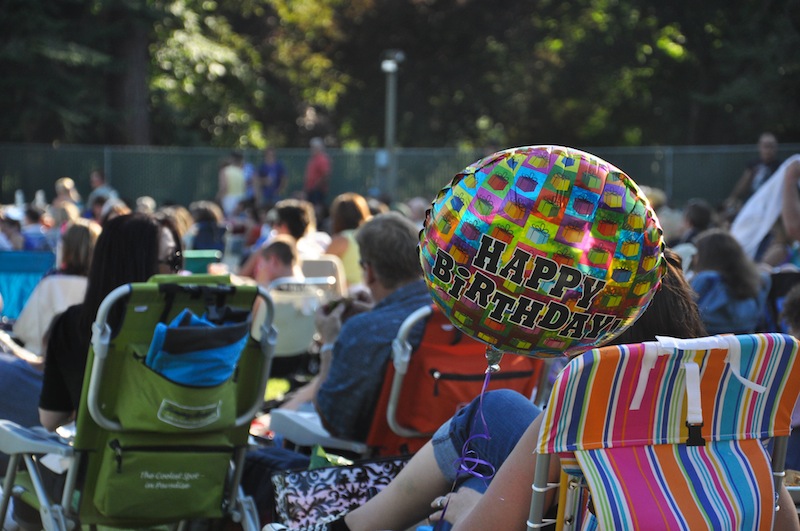