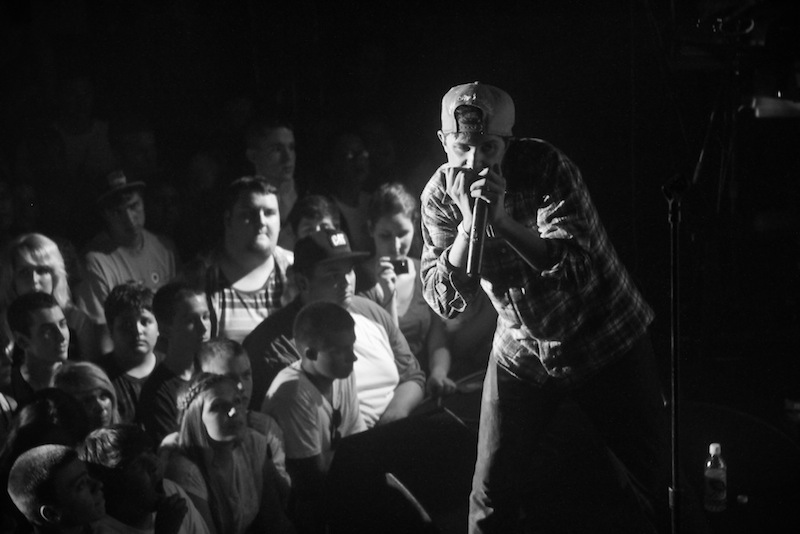 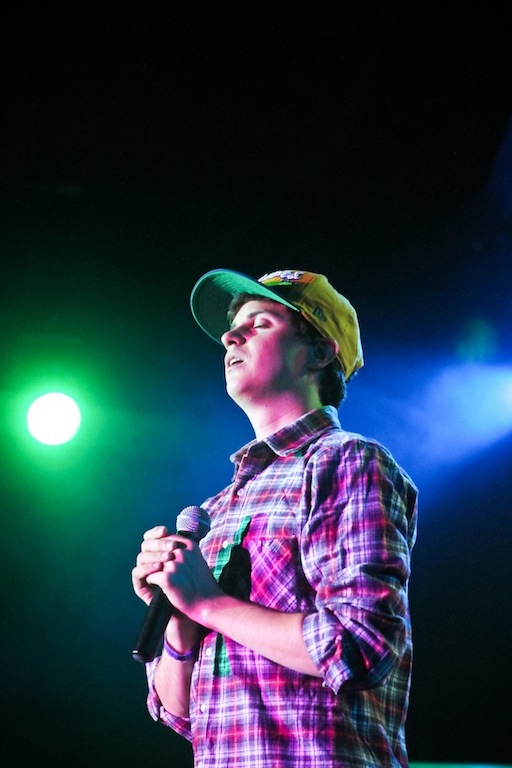 One month ago, I was in Anaheim, California for the 3rd Annual Vidcon, or YouTube convention. George Watsky was one of the headlining acts the second night of the convention and he blew my mind. The 25-year-old white kid with a slight lisp rapped so fast but still enunciating every word so that even I could catch it all. And I don’t even like all that much hip-hop.

Watsky is a different breed – he’s not what you hear on Top 40 radio stations or busting from most teenagers’ car speakers. Watsky started out as a spoken word poet, and his talent and interests expanded to include rap music. He spoke at a panel at Vidcon as well, and made a very poignant statement that still resonates with me now as a music writer – rap is just “rhythm assisted poetry.”

A month later, Watsky was on his first national tour and made a stop in Seattle at the Croc – for a sold out show. The line went around the block. For a kid from YouTube. Now that’s pretty cool.

Opening the show was local hip-hop trio The Unibroz, who had the energy and song topics similar to now defunct Brite Futures. They were perfect for the all-ages crowd, and made the most of the sold-out Croc. My favourite part was when they sang a happy birthday song to one of the members’ grandmother, who was hanging out upstairs. Standing near the front of the crowd downstairs I thought at first when the guy was like, “This is for you grandma,” and pointed upwards, I thought he was pointing to heaven, but his grandma was literally upstairs. It was precious. 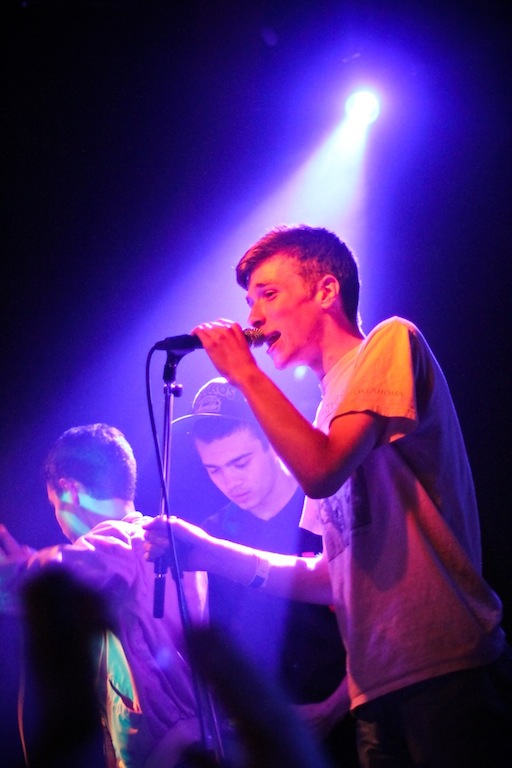 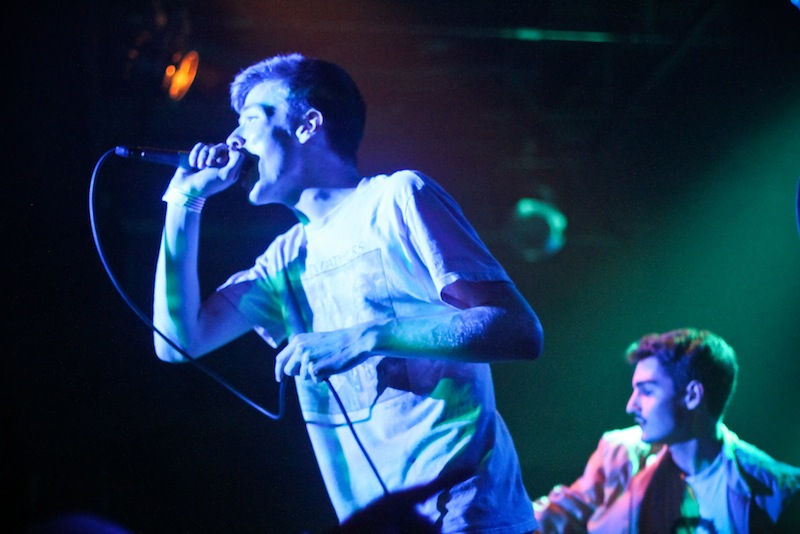 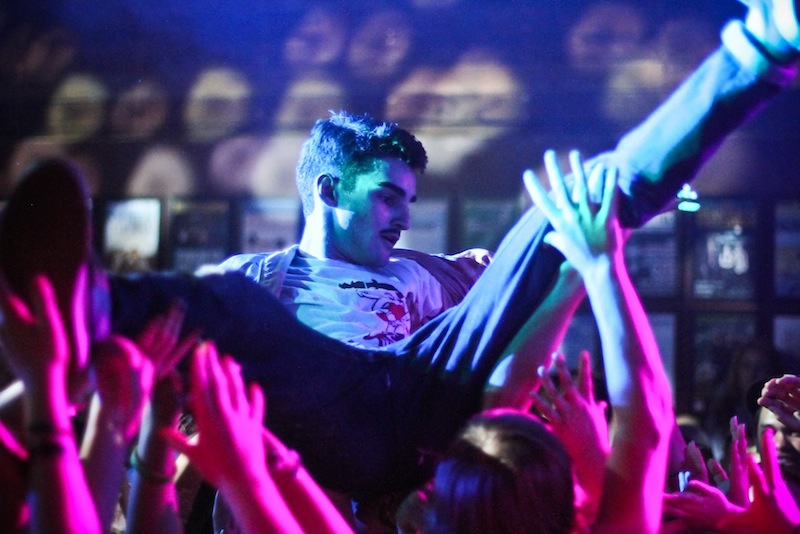 Next up was Dumbfoundead and the Breezy Lovejoy Band, who wins the award for the longest title of a hip-hop act ever. But they certainly put on a show. Dumbfoundead (DFD), the LA native, rapped about cell phones, immigrating to the US, and weed, and did a couple freestyles that wowed the crowd. DFD was the first Korean rapper I’ve heard of. He was very impressive, and if you’re interested, he’s on YouTube as well! 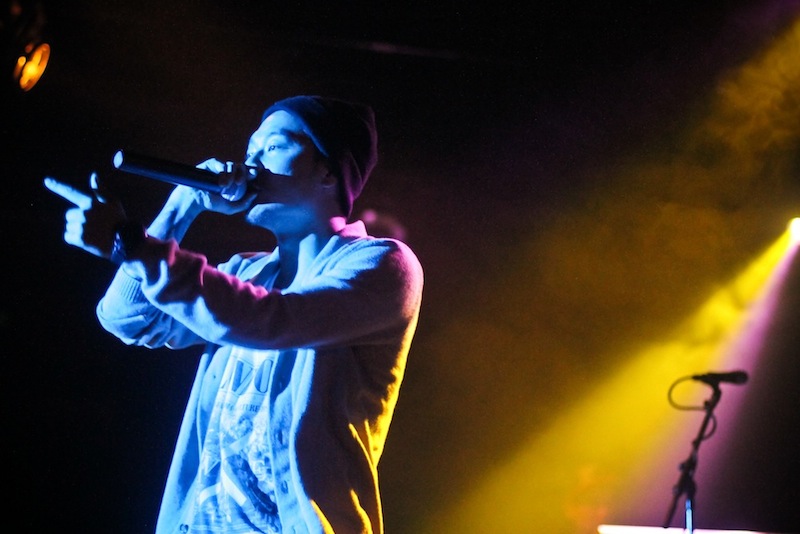 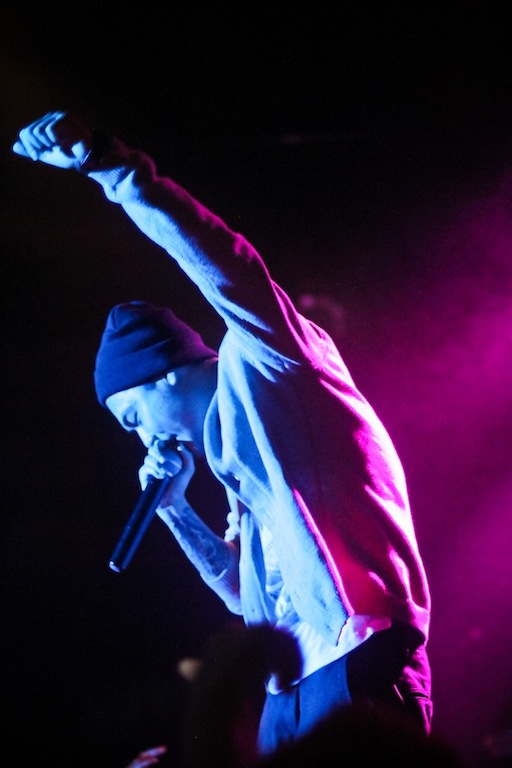 Dumbfoundead and the Breezy Lovejoy Band

Finally, George Watsky, rocking a plaid shirt and baseball cap, came out to the thrilled audience with the fitting “Energy.” He hit the chorus with everyone chanting, “I’m looking, I’m looking, I’m looking for energy everywhere!” Watsky’s stage banter was some of the best I’ve seen – he was gracious and humble and incredibly excited to be there – for a good reason. He spoke at Vidcon of how before he actually got the tour put together, he tried calling venues himself to get gigs. The venues wouldn’t take him seriously because he was giving them view counts and subscriber numbers rather than ticket and album sales. Eventually he got a tour manager that got through to the venues – and hopefully it’s a good sign for musicians in the future that gain their audience in the less than conventional way.

Dylan Saunders joined Watsky for most of his set on vocals. Saunders, if you haven’t heard of him, made a name for himself when he played Albus Dumbledore in A Very Potter Musical, a Harry Potter parody show by the University of Michigan theater group. Seriously. For more context, Darren Criss played Harry Potter in that production and now he plays Blaine on Glee. Saunders added so much to the show, especially in the Watsky version of “Mrs. Robinson,” which is so undeniably catchy that I have added a link to that video just so you can go listen to it.

Like DFD, Watsky did a couple of freestyle poems, both of which gave me chills. As much as I love music, I can’t do it. I can’t make it. And I can’t even imagine coming up with such great lyrics on the spot. The freestyles were some of the best moments of the night, as well as “Fuck An Emcee Name,” which turned into a sing-along. Everyone cheered in unison “GEORGE WATSKY DOESN’T NEED A FUCKING EMCEE NAME!” It was glorious.

So right now, if I’ve piqued your interest about George Watsky, take a gander at this video below “Watsky raps fast.” It has over 20 million views. Now tell me YouTube musicians aren’t legitimate. 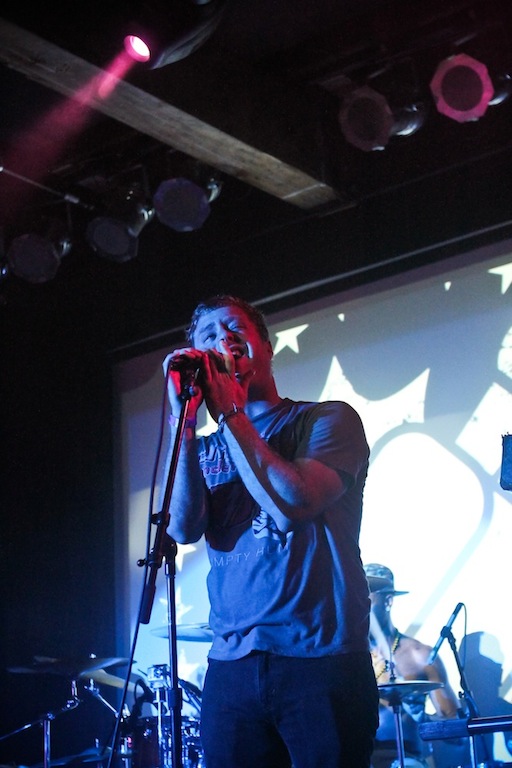 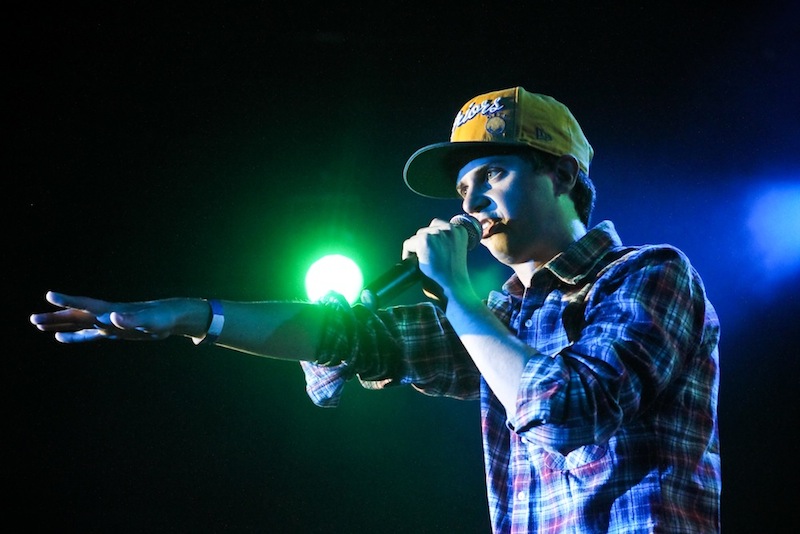 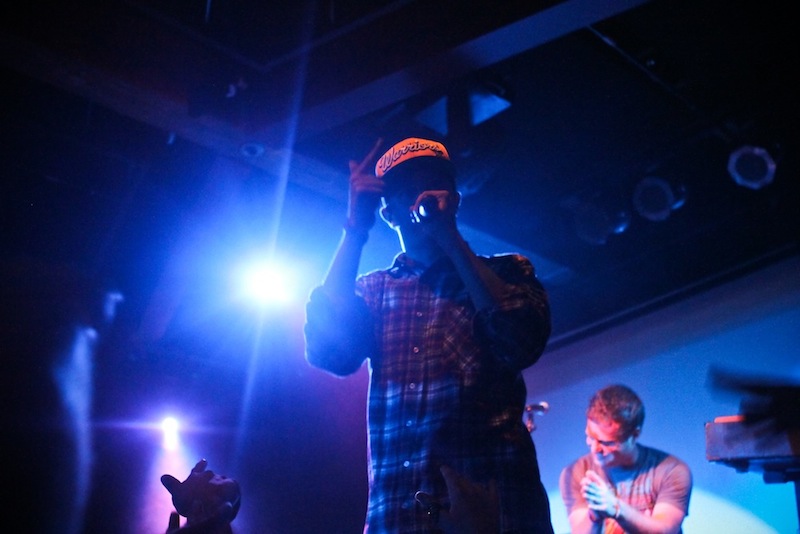