The Lonely Forest rocked the Neptune Theatre on March 3rd treating their first all ages Seattle audience (did they already forget Bumbershoot?) to a unique and at times utterly amazing show. Everyone’s favorite band from Anacortes teamed up with Seattle Rock Orchestra to deliver breathtaking renditions of some of their best songs. Local indie-rock rising stars Black Whales opened.

It was my first time in the Neptune since Seattle Theatre Group took it over and renovated it from a movie theatre into a concert venue. It was nice to see the art and character of the Neptune intact, from the stained glass window art to the Neptune lights with the glowing red eyes. 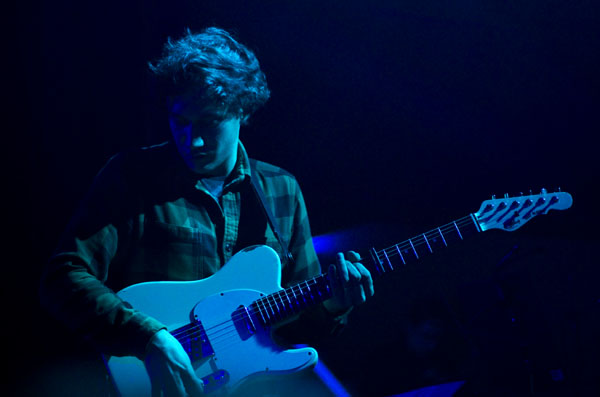 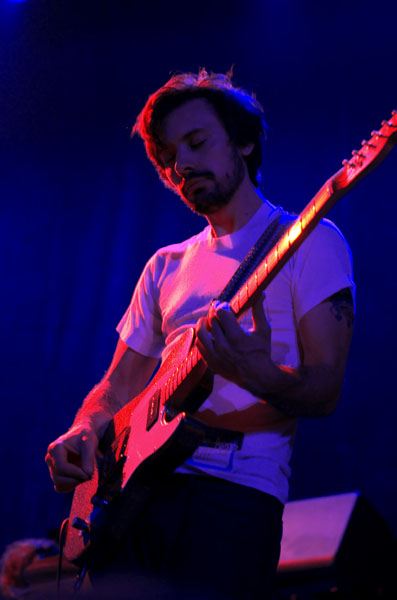 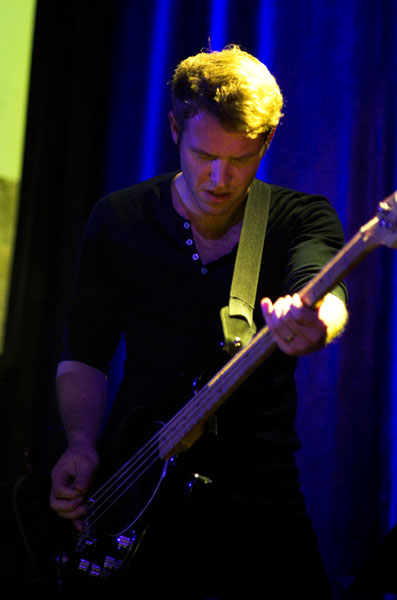 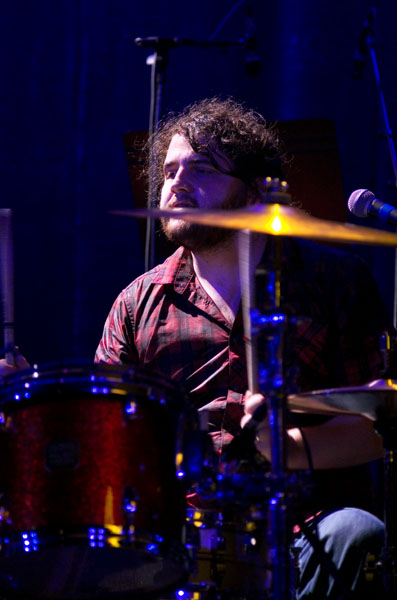 The Black Whales took the stage and soldiered through a solid set of their muscular rock. Unfortunately the set was marred by technical difficulties including feedback problems and a guitar that did not seem to want to stay in tune. Their set stuck mostly to material from their first full-length album, Shangri-La Indeed. Highlights included the title track and the building intensity of “Elephant #2”. One of the best marketing tactics for a young band trying to get their name out there is to give away their music for free. Sure it costs a couple bucks but most successful marketing ploys do. After the set at their merchandise table they gave away copies of their album for free. It’s pretty damn good if I do say so myself. 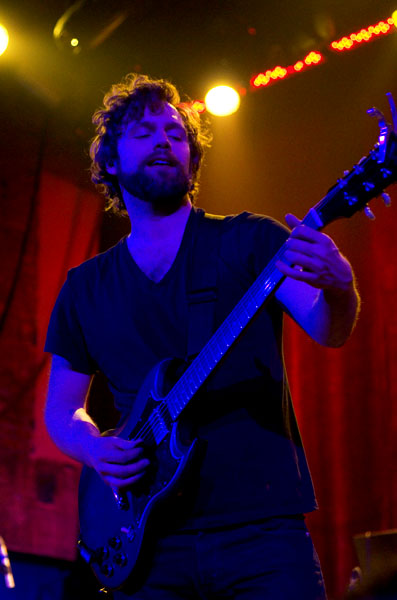 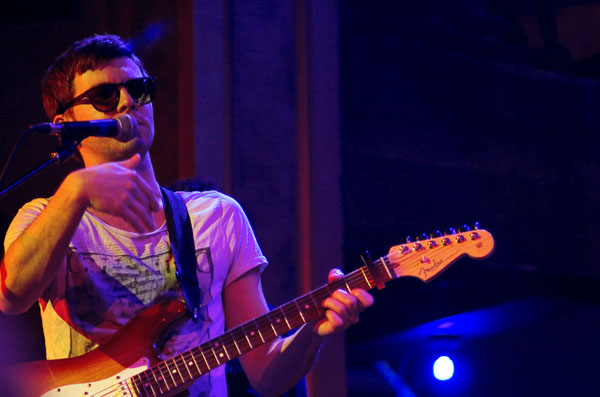 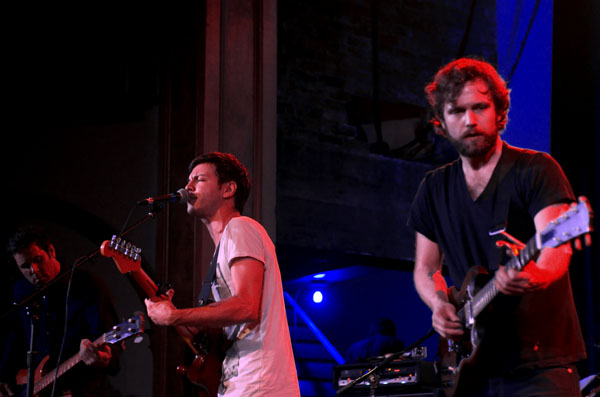 The Lonely Forest took the stage ready to rock, keeping the audience engaged for the entire hour and a half long set. They are currently demo-ing songs for their next album. A few of the new ones made their live debut at the Neptune and were greeted with an enthusiastic reception. The new tracks seem to build on the melodies and themes of the gems on their 2011 album, Arrows. One of the most raucous sing-a-longs of the night belonged to “Two Pink Pills,” undeniably the best song ever written about Benadryl. Singer John Van Deusen has one of the clearest and pitch perfect live voices I’ve heard in quite a while, the music is tight, never missing a beat and the drums, wow, the drums. Every time I see The Lonely Forest, drummer Bradyn Krueger moves a little bit farther up on my list of favorite local drummers. 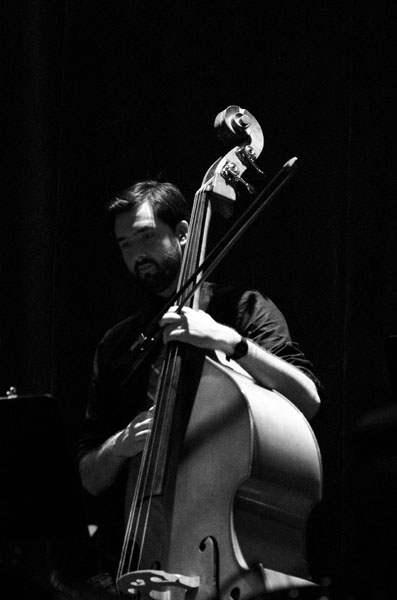 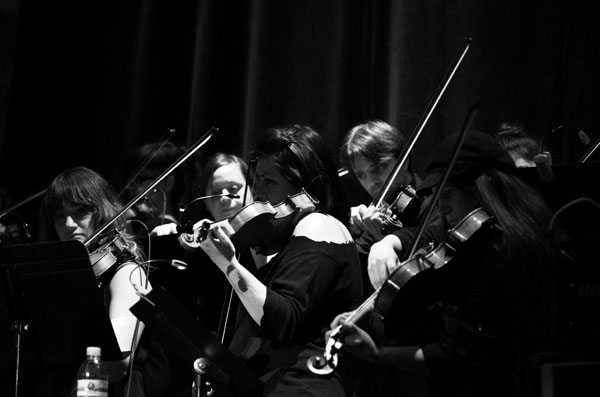 If the normal portion of their set wasn’t awesome enough, about two thirds of the way through Seattle Rock Orchestra took the stage. The twenty-plus piece orchestra, consisting of string and brass sections, added multiple layers of musical depth to already great songs. The Rock Orchestra accompanied Van Deusen on the first track of Arrows, “Be Everything,” with John conceding that it may be the only time the track is played acoustic with strings, exactly as it was on the album. The strings and horns seemed to be howling at the moon on the favorite “Coyote” and they added a classy ferocity to the drive of “We Sing In Time.” I hope to see much more of the Seattle Rock Orchestra in the future.

After the Rock Orchestra left the stage, The Lonely Forest returned for an encore to close out the night. They closed with the quite appropriate “Turn Off This Song and Go Outside.” A perfect way to close out a nearly perfect and at times breathtaking set. 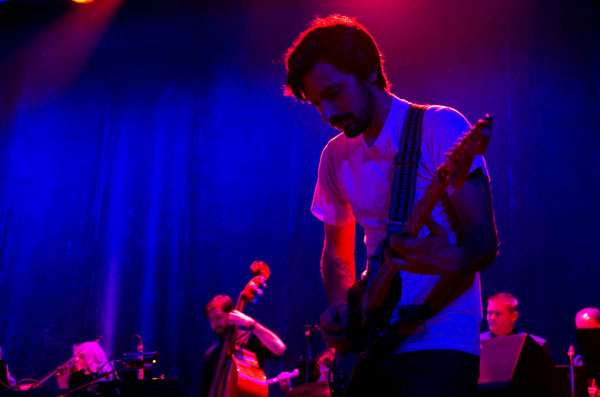 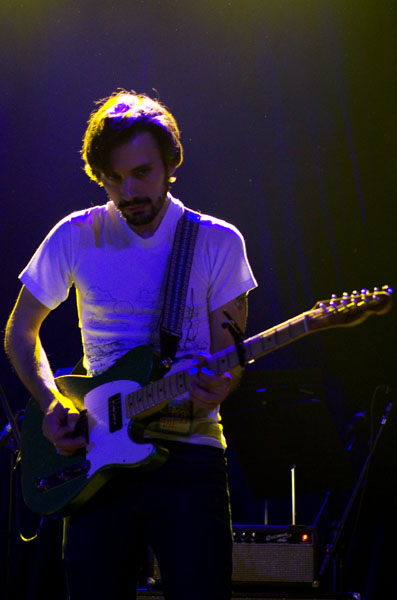 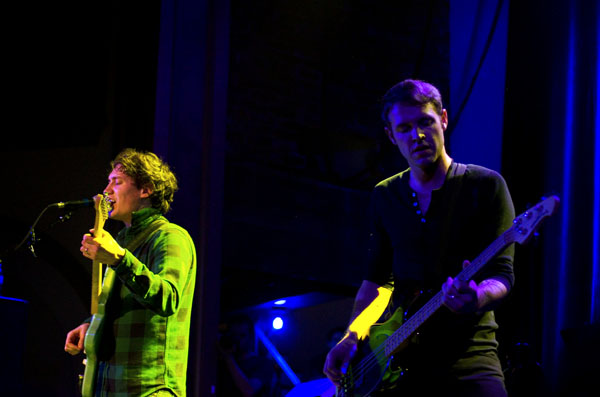 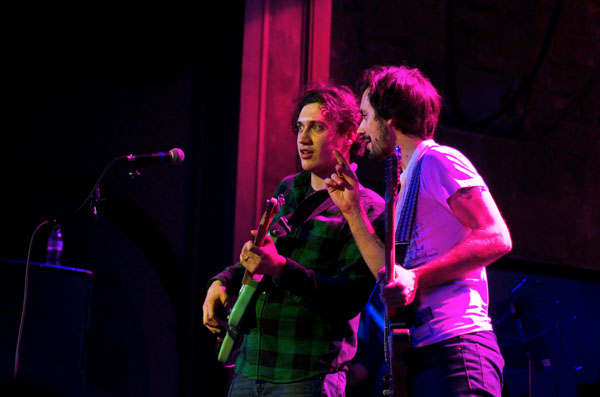 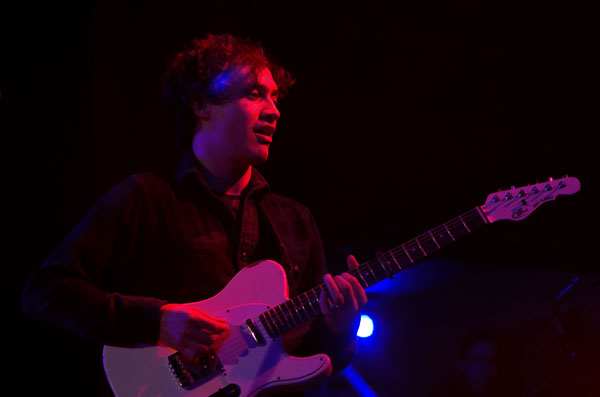 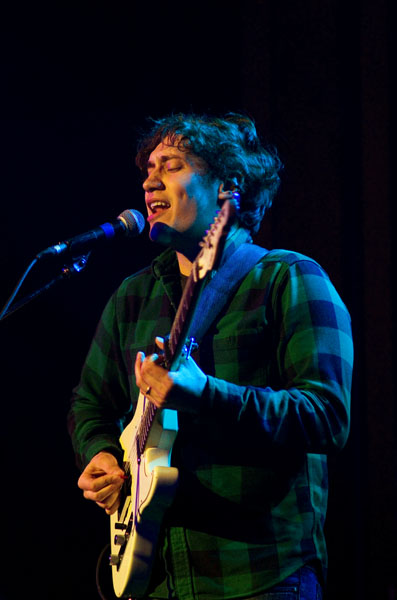 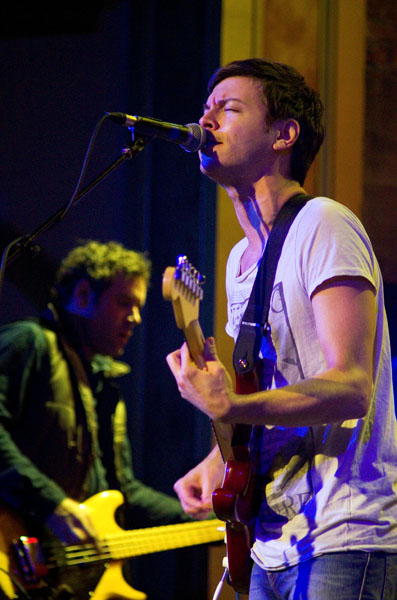 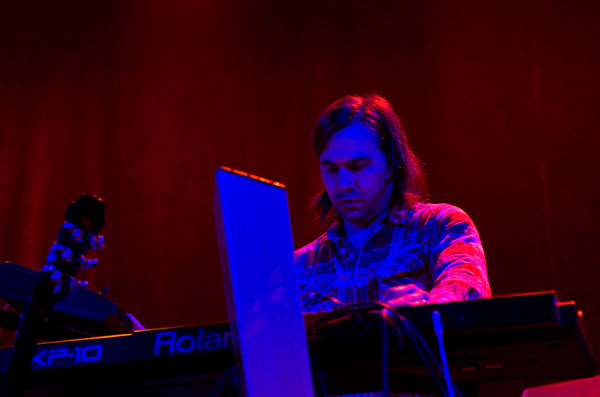 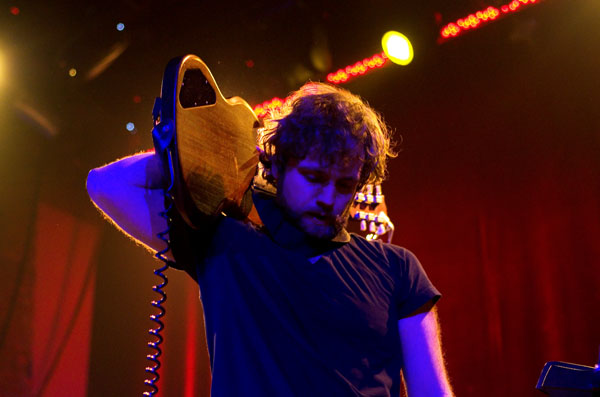 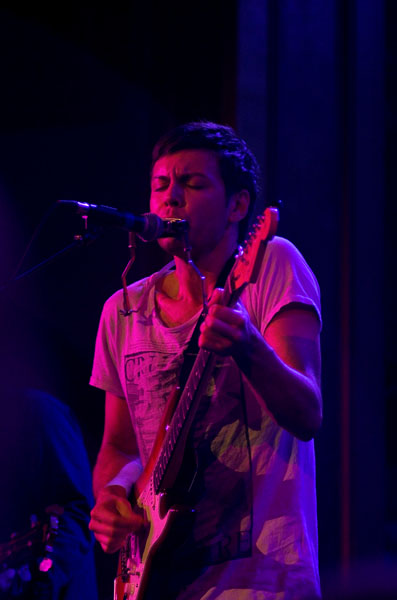 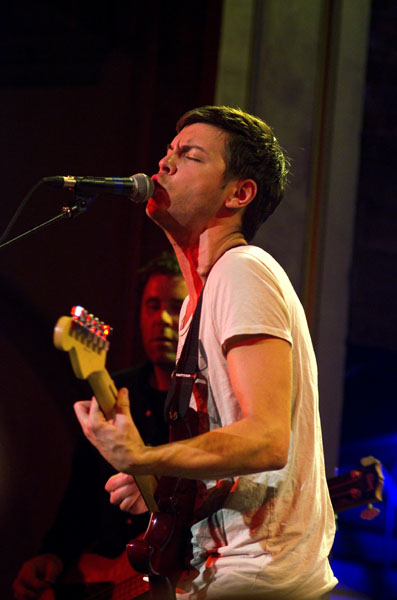 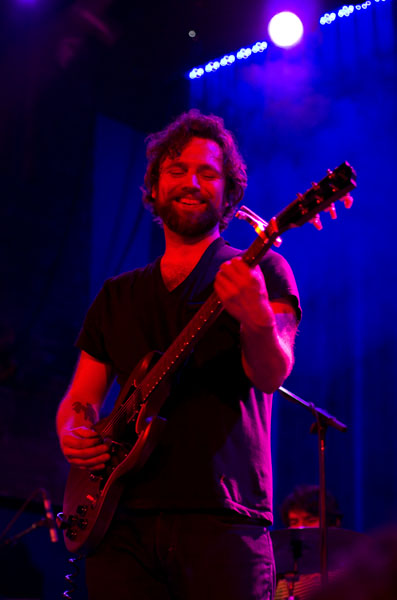 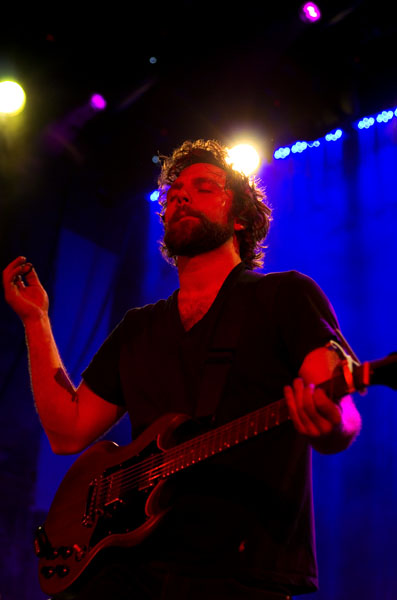