Two weeks ago, patrons at Seattle’s Tractor Tavern were privy to a rare performance by Gruff Rhys, a true mad scientist of modern music. Better known as the frontman for Welsh experimental-pop group Super Furry Animals, Rhys is an accomplished and innovative artist in his own right, and was in Seattle as part of a North American tour to promote his third solo release, Hotel Shampoo.

Rhys is somewhat of a musical surrealist, and with Welsh surf-rock openers Y Niwl soldiering through the entire set to also play as his backing band, unveiled an ever more playful-yet-absurd host of instruments, from a vocoder to electronic drumsticks to demonstrating his corrugated plastic extension, which when applied by velcro to the body of his acoustic guitar, appears to be an electric – a device he says gives him more confidence in his upside-down guitar playing (yes, he is right-handed, but plays left-handed on an upside down right-handed guitar). 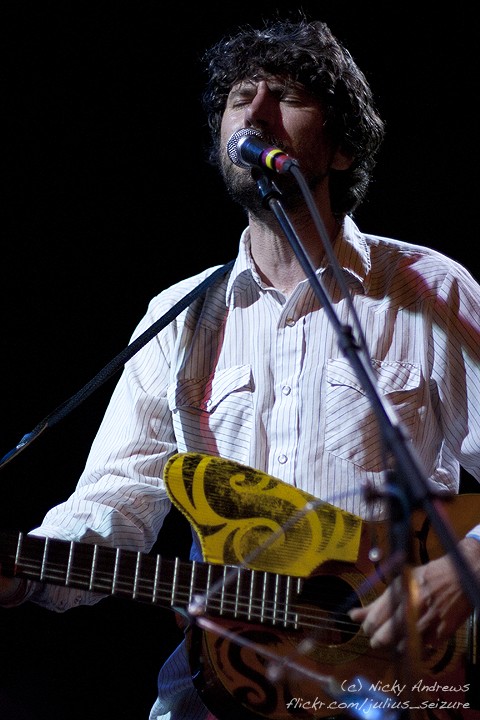 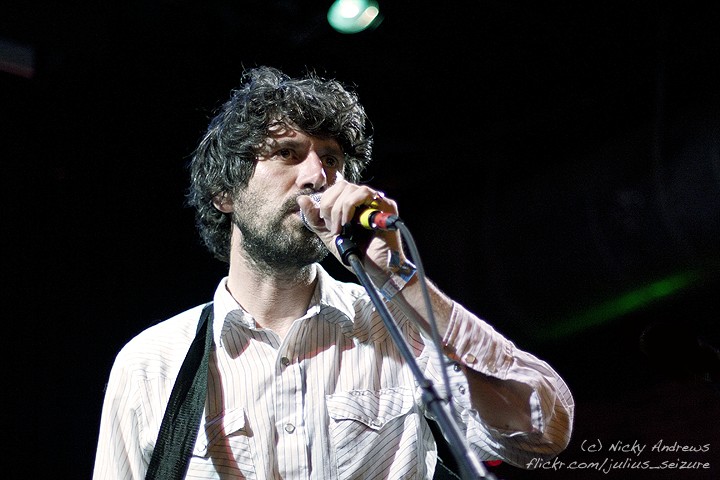 The setlist was true to his solo career, and included “Candylion,” “The Court of King Arthur,” “Sophie Softly,” “Vitamin K,” “Sensations in the Dark,” “If We Were Words (We Would Rhyme),” “Pdwin Wy 1,” “Shark Ridden Waters,” and other tracks from his mixed English and Welsh-language albums Candylion and Yr Atal Genhedlaeth.

A high point of the feel-good concert was a sing-a-long to the typically-Rhys-pun-laden “Court of King Arthur,” which he dedicated to “any archaeologists in the building” (upon finding none, we agreed to pretend anyway). Another highlight was a rendition of “In A House With No Mirrors,” taken from his effort with VCR-repairman and instrument-inventor Tony Ga Datorra, The Terror of Cosmic Loneliness. Although his solo offerings are primarily more folk than rock, the presence of Y Niwl amped things up tremendously, taking the set from the mournful wailing of “Pdwin Wy 2” (introduced as “a slow descent into alcoholism and despair”) to the synth breakdowns of “Gyrru Gyrru Gyrru” without breaking a sweat.

Taking care to interpret the meaning behind the songs, it is obvious that Rhys wants to include everyone in his art – and there’s something enormously satisfying about hearing a grown man in the audience plead “Play Candylion!”. Not one to take orders, Rhys would not pander to any of the requests made, but instead introduced the last track on his latest album, a touching piano ballad called “Rubble Rubble,” with instructions that the audience should react favourably upon the opening bars, that we could share in an “ecstatic euphoria”. A smart move – it ensured that anyone who hadn’t yet listened through Hotel Shampoo wouldn’t miss out on this track, and without the distractions of looping, synth, or anything other than Rhys’ harmonies and a piano accompaniment.

It was a fitting end to the show that Rhys would venture back onstage, only to don and inflate a life jacket, as part of his introduction to the fifteen-minute-long “Skylon!” the tale of a plane being hijacked by terrorists, and how the hero saves the day amid a cast of washed-up T.V. actors, media crew, and single-serving packets of vinegar. While it is a crime that the show (both here and in Vancouver) was so poorly attended, those who did turn up brought forth the pride and jubilation in spades. A performance that was truly inspired, intense, and intimate. Everyday, when I wake up, I thank the lord I’m Welsh. 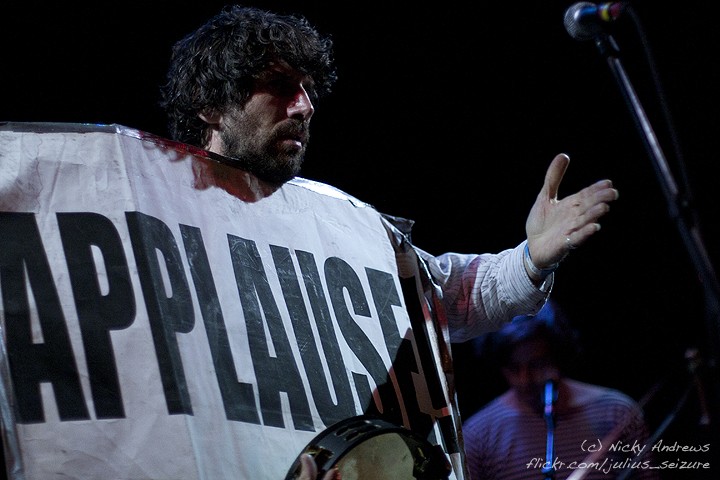 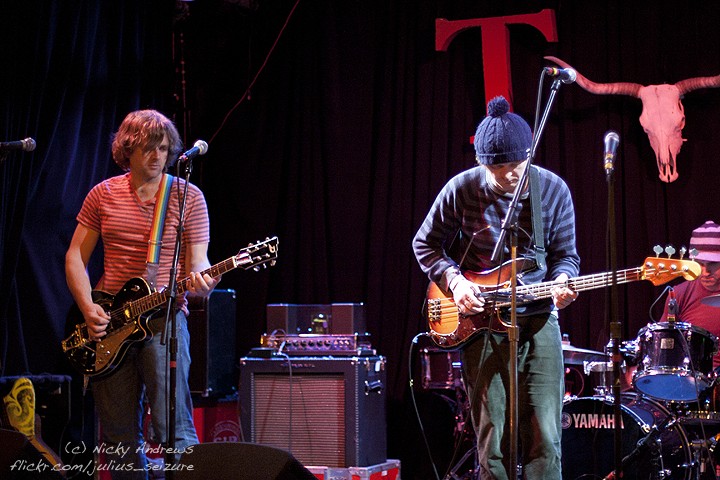 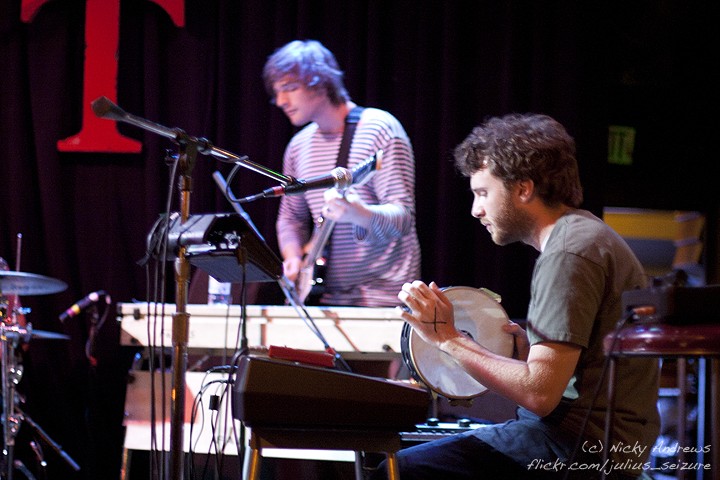 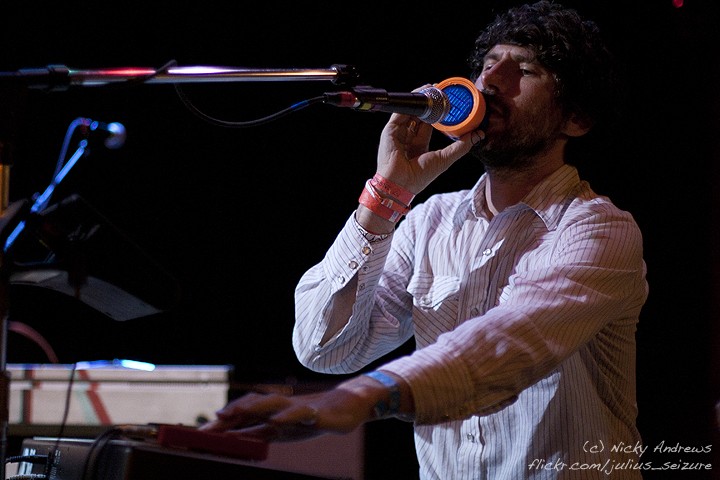 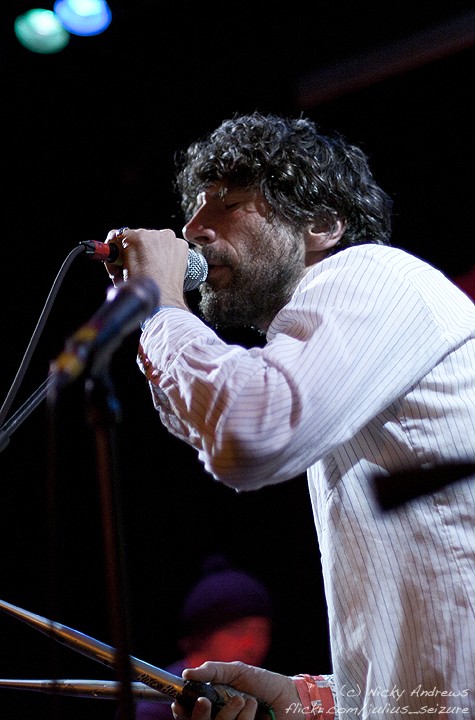 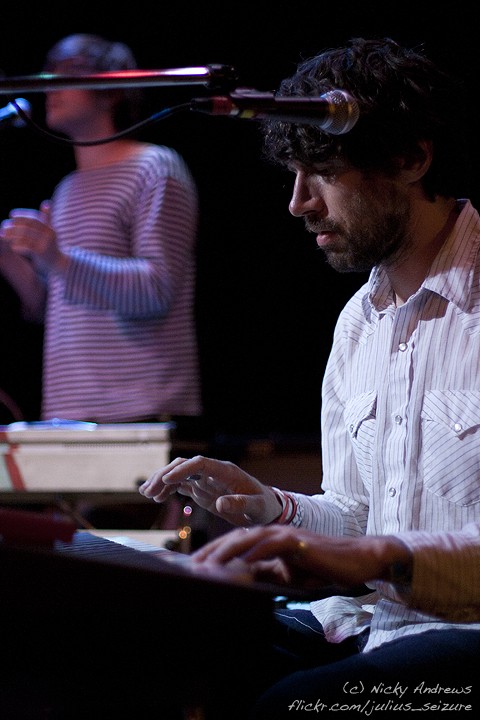 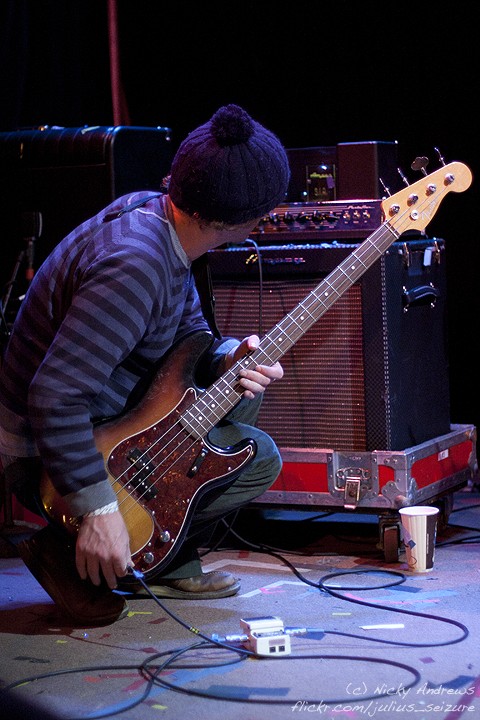 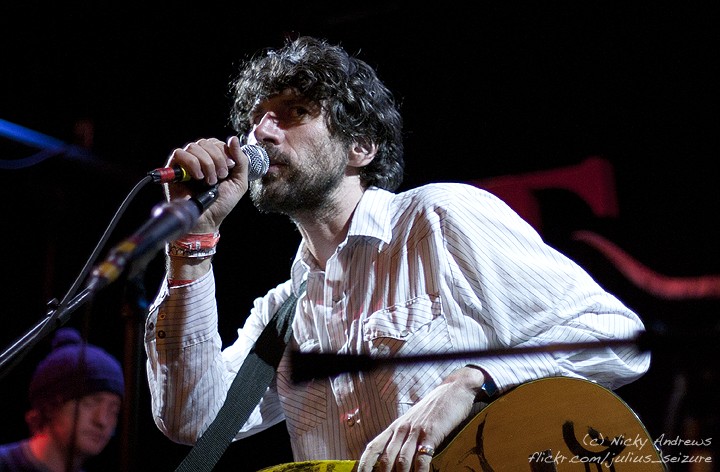 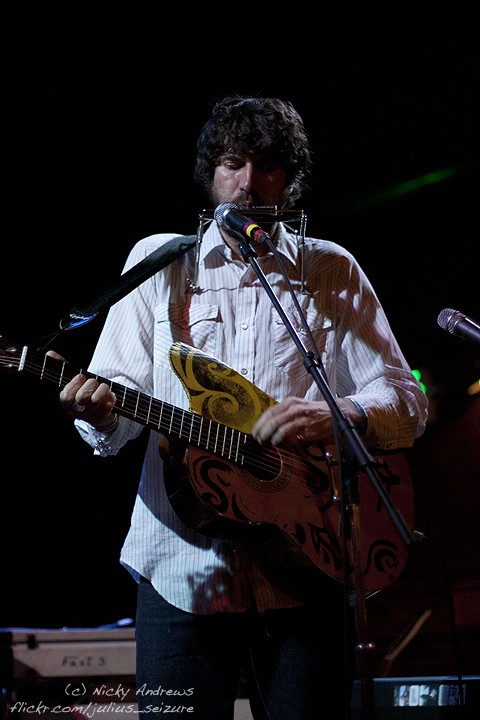 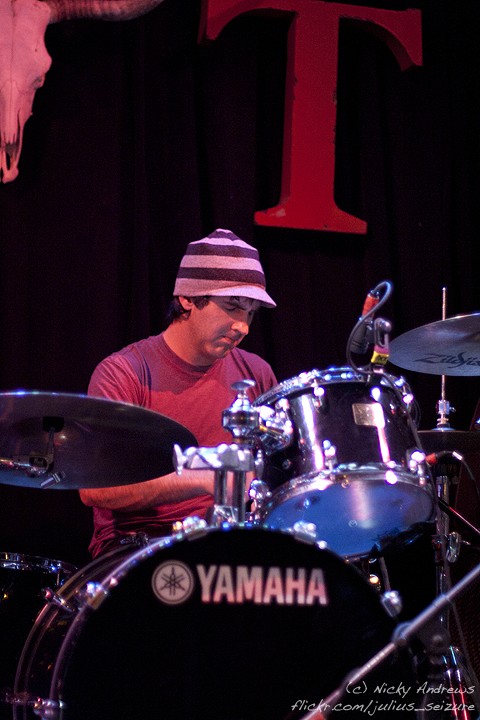 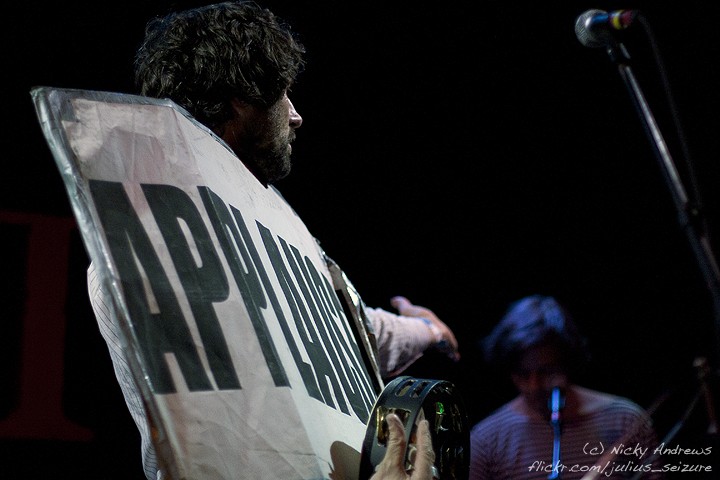 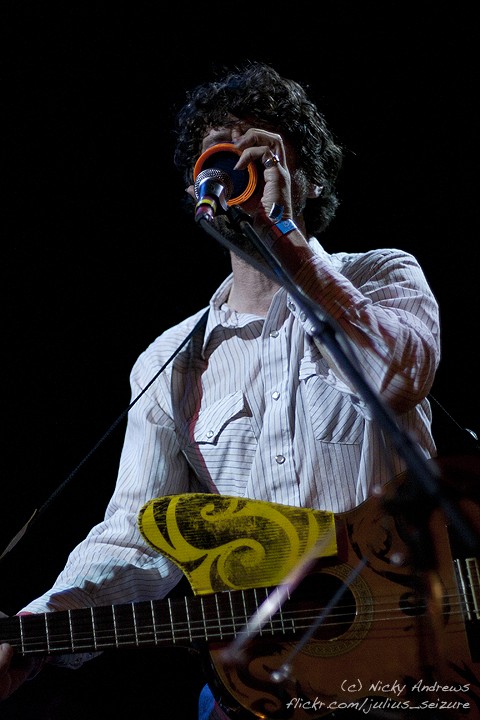 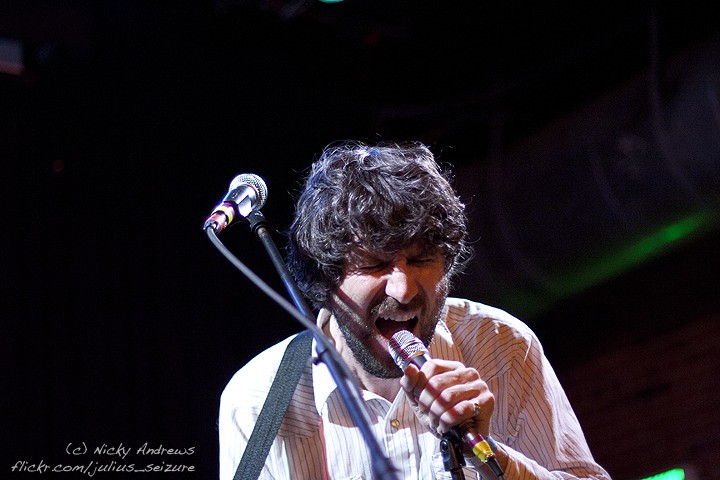 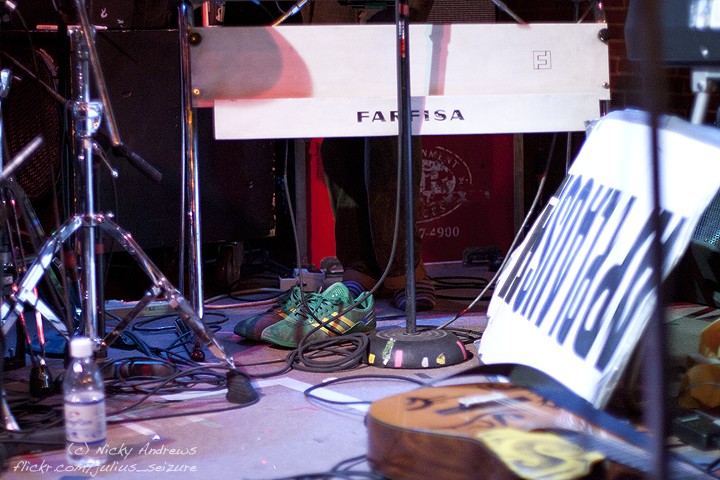 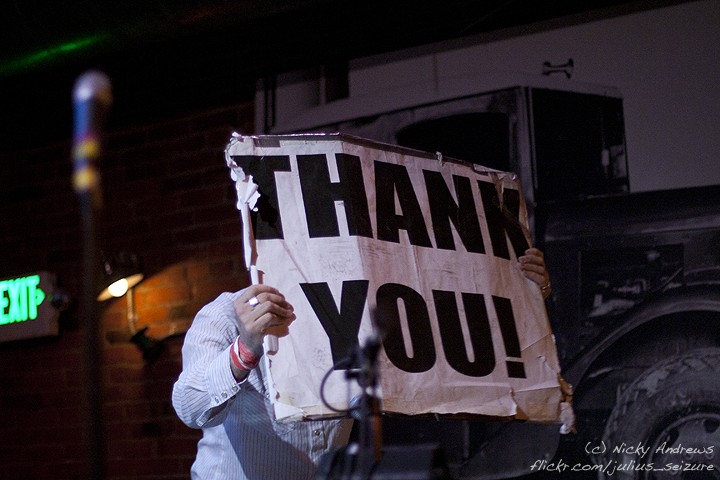 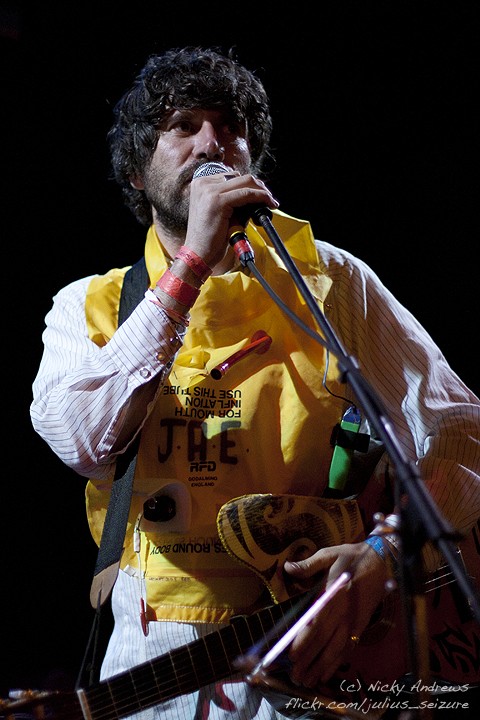 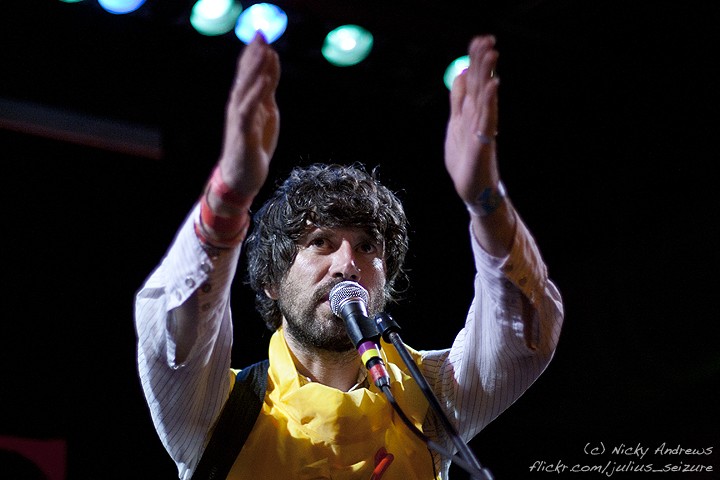 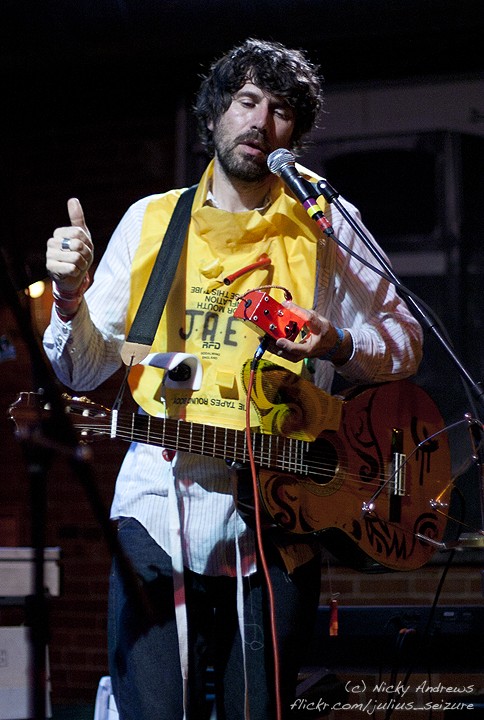 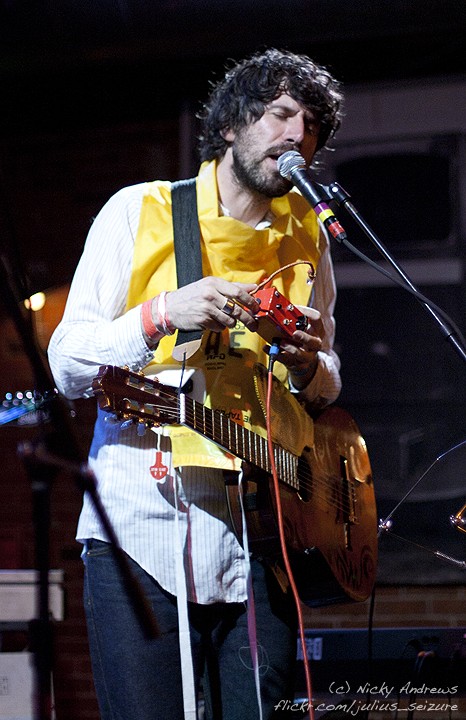 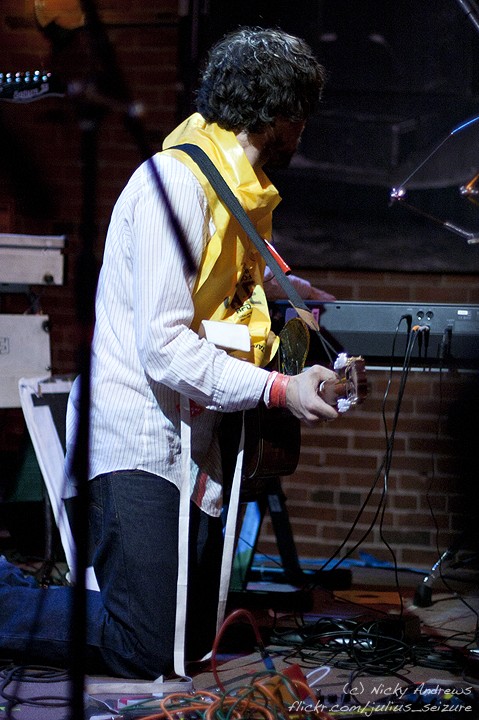 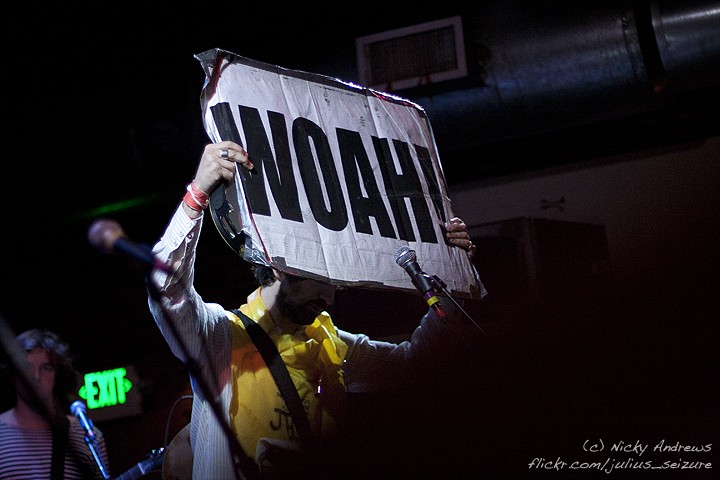 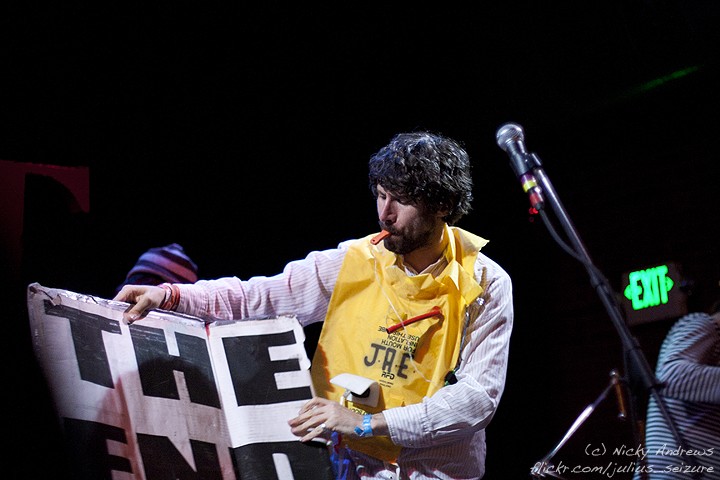 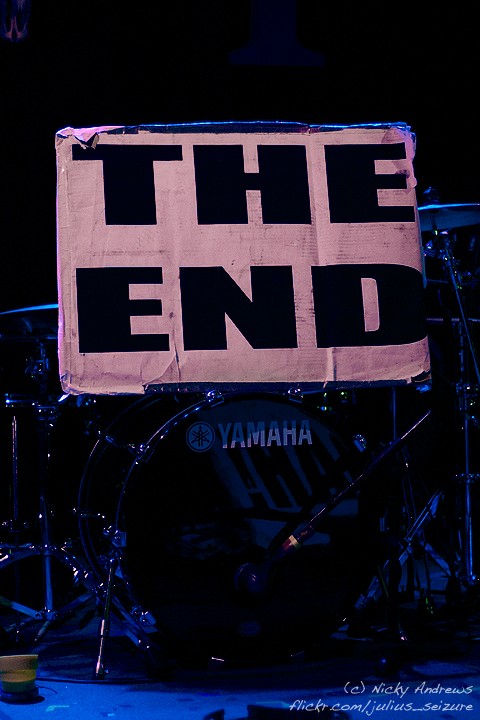 Hotel Shampoo is out now on Witchita Records. Watch the video for the third single, “Honey All Over,” below: