I’m pretty sure we’ve all been to this bar before at some point in our lives, whether it was motivated by a desire to drown out your sorrows or simply your choice of night life. But tonight, it was to see the band My Jerusalem take the stage. The lights were dim, the floors were checkered, the walls were dark red and the ceilings were low. Siouxsie and the Banshees was playing as I walked in the door.

They were preceded by what seemed like the lone ranger – Michael Kingcaid of the band What made Milwaukee Famous, to be exact – and his solitary guitar. He played a solid five song opening, which was ended with a surprisingly poignant a cappella cover of Billie Holiday’s “I’ll Be Seeing You.”

Then we got on to the main event – the hodgepodge of musicians that make up the collective band My Jerusalem, brainchild of singer-songwriter Jeff Klein, who got all of these creative minds together – including band members of St. Vincent, the Polyphonic Spree, and many more. The speakers were deafeningly loud, making the cacophony of different sounds (drums, keyboards, bass, guitars, bells, a trombone and a trumpet) bounce from one corner of this particularly boxy room to the other. This made it a bit difficult to hear with any sort of clarity, but somewhere underneath all the noise was a collection of
well-written rock songs that could stand up to the likes of orchestral pop groups like the Arcade Fire.

Favorites were their single “Sleepwalking” and “Shake the Devil” – both catchy songs with good melodies, which were accentuated by Jeff Klein’s vocal energy, as well as guitar and brass hooks that could get even the most sullen to move to the beat. 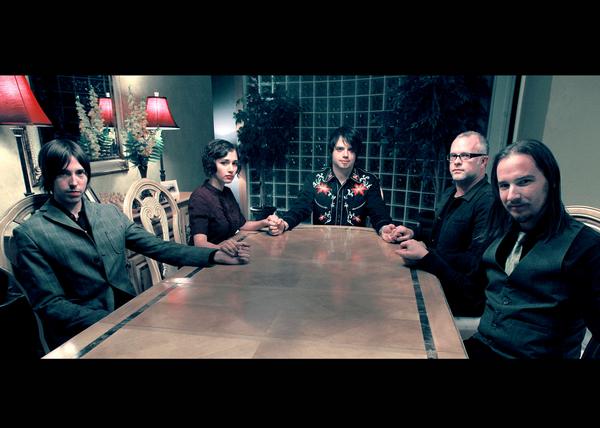