The audience at the Cars last night was so thrilled to be there. People were dancing and smiling as if, well, as if the Cars were playing their first show in twenty-four years in a venue where you could actually see the band. I’m convinced the Cars are one of the most influential band of their era. You can hear their sound all over so many bands, whether the bands realize it or not. So how does the original stack up? Absolutely sleek, shiny, strong and joyful. Move Like This, the band’s first album in quite some time (since 1987 if you want to count back), is a brilliant work, one that you can recognize right away as a Cars album – and there’s everything right in the world with that. Also, Showbox SoDo introduced a new sound system last night, and it absolutely worked with the Cars in producing a crisp, perfect delivery. Singer/guitarist’s Ric Ocasek’s vocals were record sharp, and all instruments were clarity itself. The band has an elegant presence that shone through with familiar and less familiar songs, including the opening “Good Times Roll,” “Let’s Go,” “Touch and Go,” “My Best Friend’s Girl,” “Sad Song” and “Keep on Knocking.” The song “Moving in Stereo,” which might just be my favorite Cars song, got two plays as the band didn’t seem happy with performance one. It was incredible to hear the song even once, but twice was an ecstatic godsend. “I’m Not the One,” and “Just What I Needed” exquisitely went through the roof. Deceased bassist/singer Benjamin Orr is missed – a loud contingent of the audience screamed for “Candy-0” – yet the Cars continue their relevant beauty. 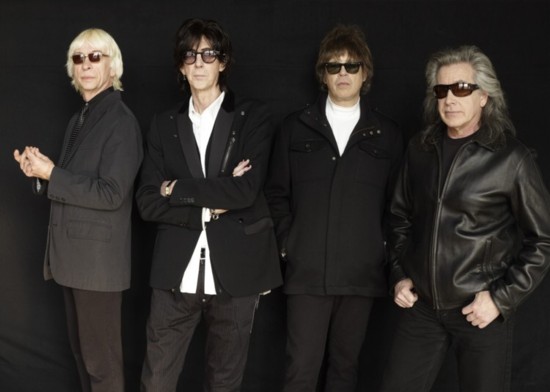