The lights dimmed, the crowd erupted in cheers and Chris Cornell took the stage for an intimate, career-spanning acoustic set. A classy area rug was spread out across the stage, a turntable sat atop a stand stage right and the guitar racks situated behind held a multitude of acoustic guitars. Chris invited the sold out crowd at the Moore Theatre into his living room. He proved a gracious and entertaining host. With his ageless voice and acoustic guitar he hooked the audience on every lyric, every note for the two-plus hour performance. Cornell left the crowd wanting more.

He mixed solo tunes with healthy doses of Soundgarden, Audioslave and Temple of the Dog. Cornell didn’t just sing all of those songs in each respective band; he wrote or co-wrote most of them. He also performed covers of some of his favorite songs throughout the evening. He kicked the whole thing off with a cover of Syd Barrett’s “Dark Globe.”

It didn’t take long for Chris to reach into his own songbook with Audioslave’s “Be Yourself.” His solo work, showcased during the show with “Can’t Change Me,” “Seasons” and “Sunshower,” is also exceptionally strong. Many of the songs came across in a new light when Cornell played them acoustically.

The most unique experience of the night was when Chris walked over to the turntable and proceeded to sing “When I’m Down” backed only with the original piano track on vinyl. He asked if anyone remembered vinyl and said that it was the only way he could do justice to the song. 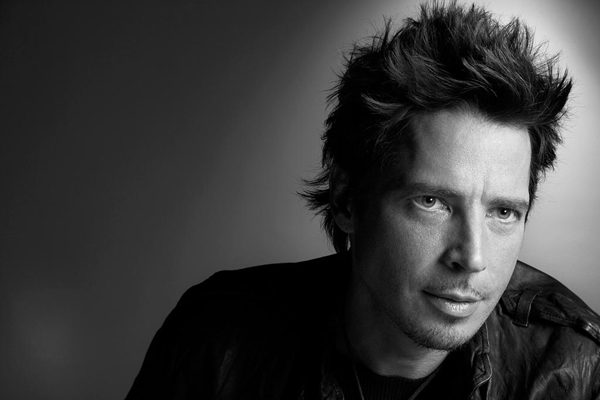 Chris has quite the personality and throughout the night he shared many entertaining stories. He praised Kim Thayil as one of his biggest guitar influences. He reminisced about a spelling error that made his solo album Euphoria Morning sound like a potpourri scent. (The album was supposed to be titled Euphoria Mourning). He also shared a story of how he and his friends got lost in the pitch black bowels of the Moore Theatre after breaking in one night. They eventually found their way up some stairs and to the stage.

Soundgarden, in the midst of a quickly accelerating reunion, was represented well. “Fell on Black Days” and “Burden in my Hand” made early appearances. He also broke out “Like Suicide” and “Mind Riot,” deep cuts from Superunknown and Badmotorfinger, respectively. He saved “Black Hole Sun” for the centerpiece of the encore.

His stellar covers included Springsteen’s “State Trooper,” Zeppelin’s “Thank You,” the Beatles’ “A Day in the Life” and John Lennon’s “Imagine.” An especially poignant and touching cover was Mother Love Bone’s “Man of Golden Words,” the song that gave Temple of the Dog its name. Cornell paid tribute to his former roommate, MLB lead vocalist Andrew Wood. He added a verse of Pink Floyd’s “Comfortably Numb” to the end, possibly to reference Wood’s struggle with the drug addiction that ultimately claimed his life. Cornell followed this up with a powerful rendition of “Say Hello 2 Heaven,” also a tribute to Wood.

Cornell’s intimate, acoustic, hometown performance was something special for everyone in attendance at the Moore.

Call Me a Dog (Temple of the Dog)

Burden in my Hand (Soundgarden)

I am the Highway (Audioslave)

All Night Thing (Temple of the Dog)

A Day in the Life (The Beatles)