He could tour on the strength of the Led Zeppelin back catalog until the end of his days, but 45 years into his career Robert Plant is still a musical chameleon. Plant continues to mix multitudes of diverse musical styles into unique, new and exciting sounds. His Americana/bluegrass collaboration with Alison Krauss in 2007, Raising Sand, won 6 Grammy Awards. Instead of following that success up with Raising Sand II he decided to reform Band of Joy, his pre-Zeppelin group. He recruited a roster of accomplished musicians including Buddy Miller, Patty Griffin, Darrell Scott, Byron House and Marco Giovino. This resulted in a self-titled Band of Joy album full of Americana/blues-rock originals and covers.

The Paramount lobby was packed with fans grabbing drinks, buying merchandise and waxing nostalgic, trading stories of Robert Plant and Led Zeppelin before the show. The North Mississippi All-Stars opened the show as a duo, without their bassist Chris Chew. Brothers Luther and Cody Dickinson didn’t miss a beat tearing through renditions of “Rollin’ and Tumblin’” and other blues standards. At one point both sat down with acoustic guitars for a dueling guitar instrumental.  Another number found drummer Cody playing a washboard to create a psychedelic sound to swirl around Luther’s electric guitar work.

Now, I’m sure that most of the audience members at the Paramount have Led Zeppelin’s songs burned into their memory. When someone is thinking of the studio version of a Zeppelin song and then 2011 Robert Plant takes the stage to sing a re-worked version two octaves lower, it can’t help but be a little disappointing even though the re-worked versions are amazing in their own right. I’m sure this is what many felt when Plant and the Band of Joy opened their set with a slow-burning rendition of “Black Country Woman.”

“Hello Seattle.  Welcome to another unbelievably strange evening with the Band of Joy straight from the Edgewater Inn. Here’s a fishy story,” Plant said as the band launched into the hard-rocking “Down to the Sea.”  Plant and the band really started to hit their groove on “Angel Dance,” the first single from the new album.

The reworked funk swagger of “Black Dog” presented the song in an entirely different light. Plant participated in a bit of vocal give and take with the audience during the chorus. Throughout the night Plant stepped aside to spotlight the spectacular musicians comprising the Band of Joy. Guitarist Buddy Miller sang lead vocals on his song “Somewhere Trouble Don’t Go,” while Plant proceeded to break out his mouth harp and jam away. Acoustic guitar and mandolin player Darrell Scott took over lead vocals on a cover of Porter Wagoner’s “A Satisfied Mind.” Patty Griffin sang lead on “Move Up,” a cut from her most recent album.

The show continued with a few more cuts from the Band of Joy album. “House of Cards,” “Cindy, I’ll Marry You Someday” and “Satan Your Kingdom Must Come Down” showcased their traditional Americana side. All the while Plant’s smooth blues vocals shined through. Plant and Griffin shared lead vocals on the Band of Joy’s rendition of the Grammy winning “Please Read the Letter.”

The show ended on a strong Led Zeppelin note as Plant and the band tore through “Houses of the Holy” and “Ramble On.” At one point Plant mustered up extra vocal power and unleashed the Voice.  The audience absolutely loved hearing that little hint of Led Zeppelin era Plant break through. The crowd cheered and sang along to the legendary verses, explosive chorus and the Lord of the Rings references. 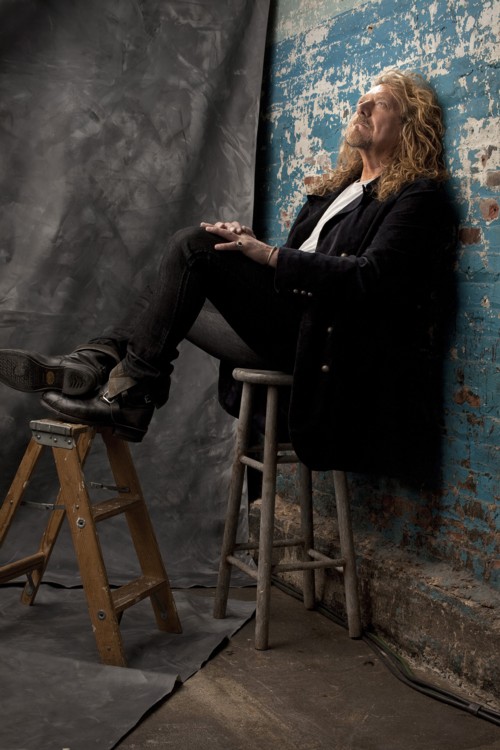 After the entire crowd made it sound like Stomp had returned to the Paramount, Plant and the band took the stage for a three song encore. They played a soulful cover of Townes Van Zandt’s  “Harms Swift Way,” with Plant asserting that Van Zandt’s music would change your life. The last Zeppelin tune of the evening was an extended jam version of “Gallows Pole.” Although it was good, the explosive power of the song was lost somewhere in translation. It just didn’t quite pack the punch it should have. They closed out the set with the Grateful Dead’s “And We Bid You Good Night.”

The Band of Joy is so much more than just Robert Plant. Each member is an exciting and accomplished musician in his/her own right. Of course when you have the chance to see and hear the voice of Led Zeppelin sing a few Zeppelin songs, you don’t pass it up. Personally, I wish they would have played more Zeppelin but then again, Robert Plant has never been one to rest on his laurels.