On Sunday night, international sensation M.I.A. brought her highly anticipated live show to the Showbox at the Market, performing an upbeat yet rather short set before a sold out crowd.  The show was a visual feast for the eyes, with a large projector and flashing lights on stage, and M.I.A. and her dancing troupe adorned in fashionable costumes.  M.I.A. herself was a ball of energy, making full use of the stage by dancing and attempting to crowd surf by leaning out onto the crowd.  The set ended with a 4-song encore, concluding with “Paper Planes,” during which M.I.A. pulled audience members up on stage to dance with her.  Full set lists for both M.I.A. and opening act Rye Rye are below, in addition to photos from the evening.  More photos can be found on Suzi Pratt’s Flickr. 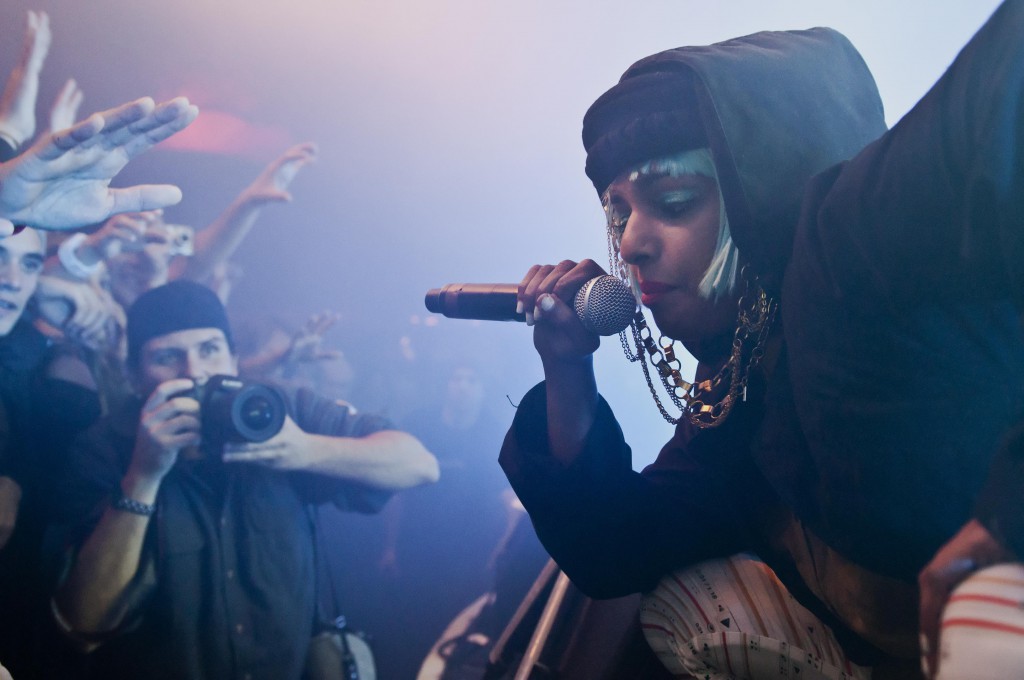 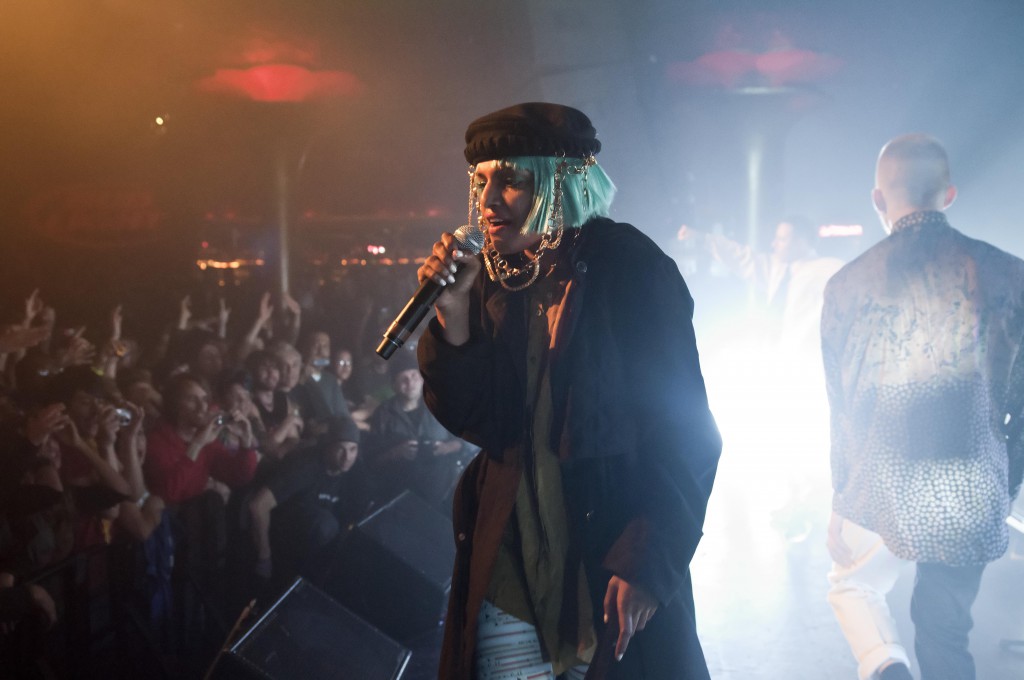 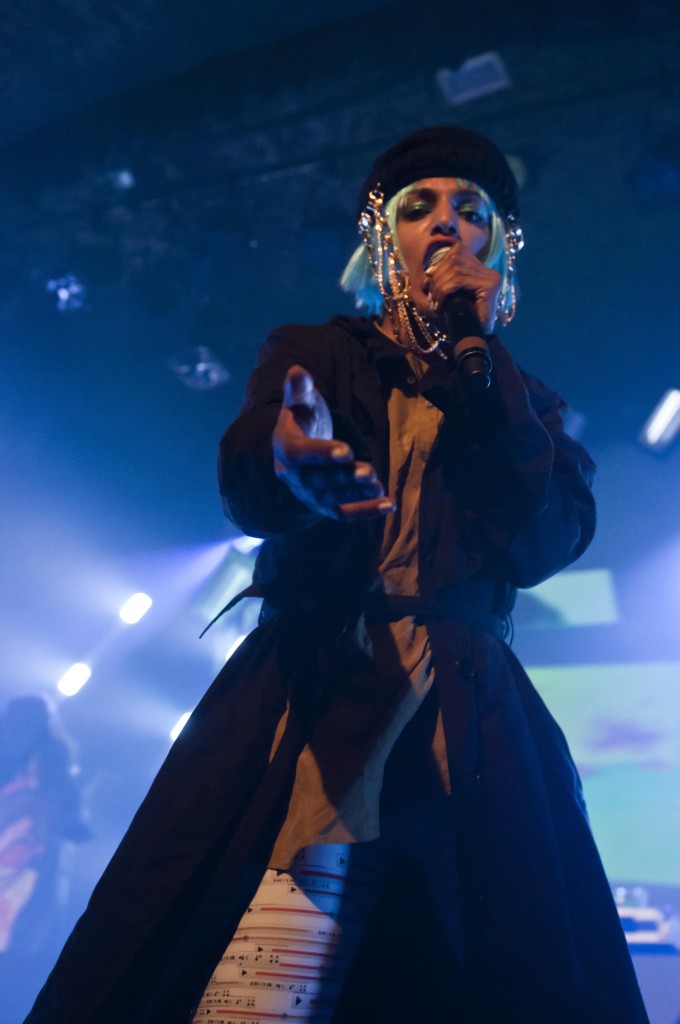 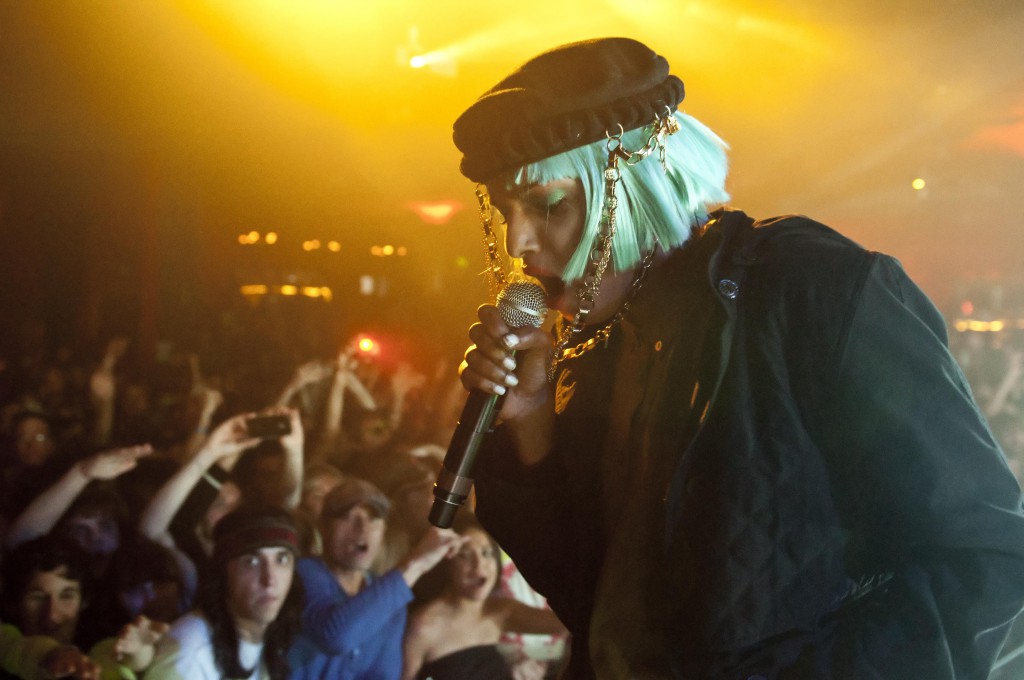 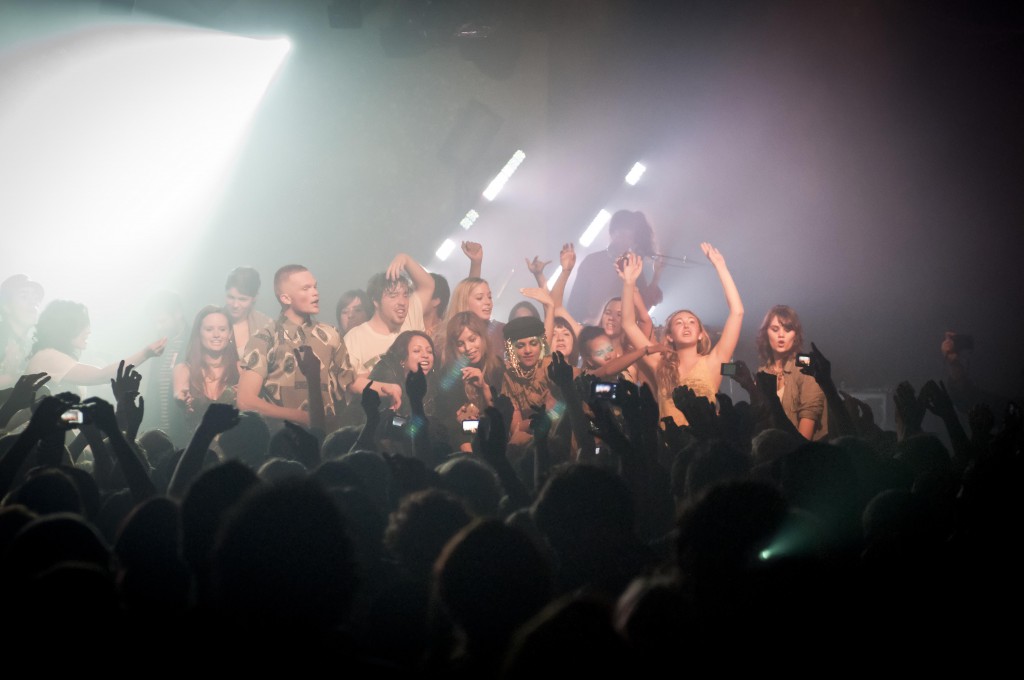 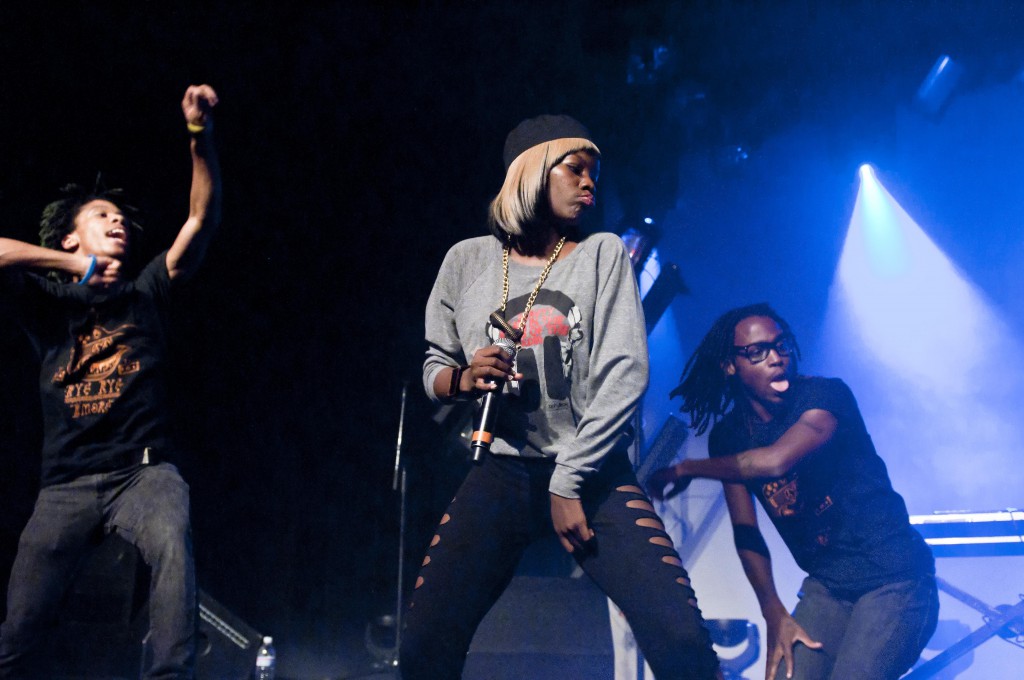 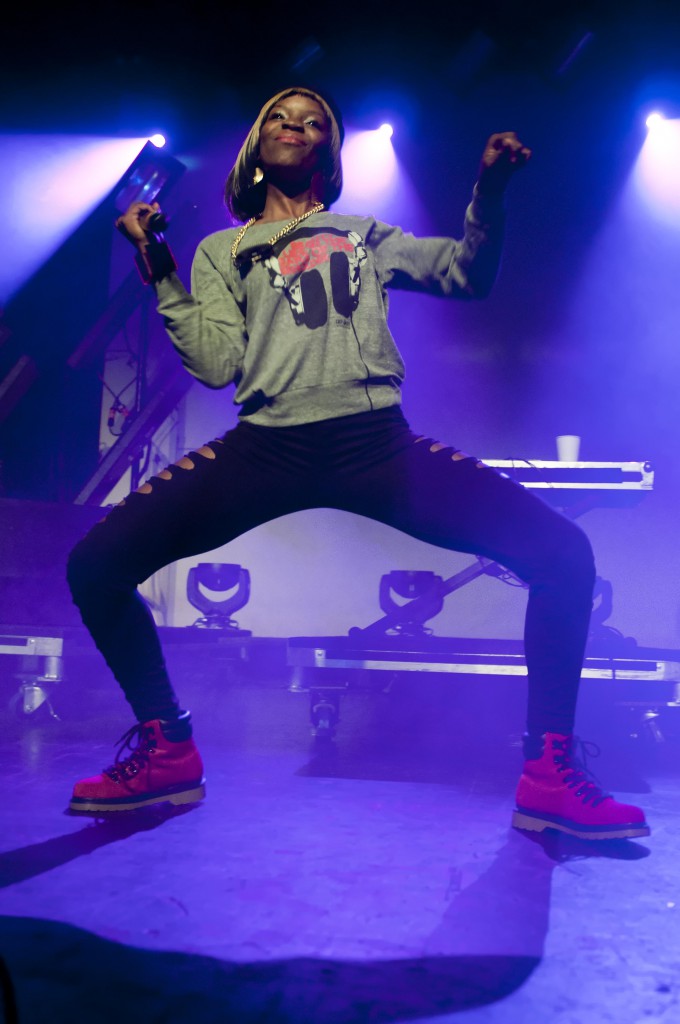 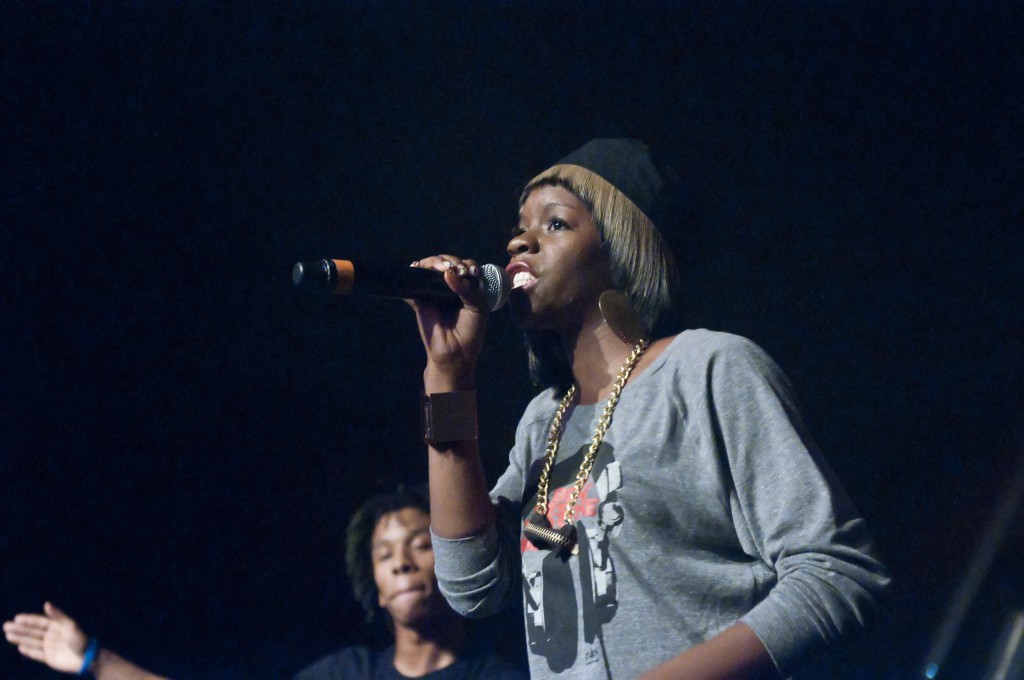